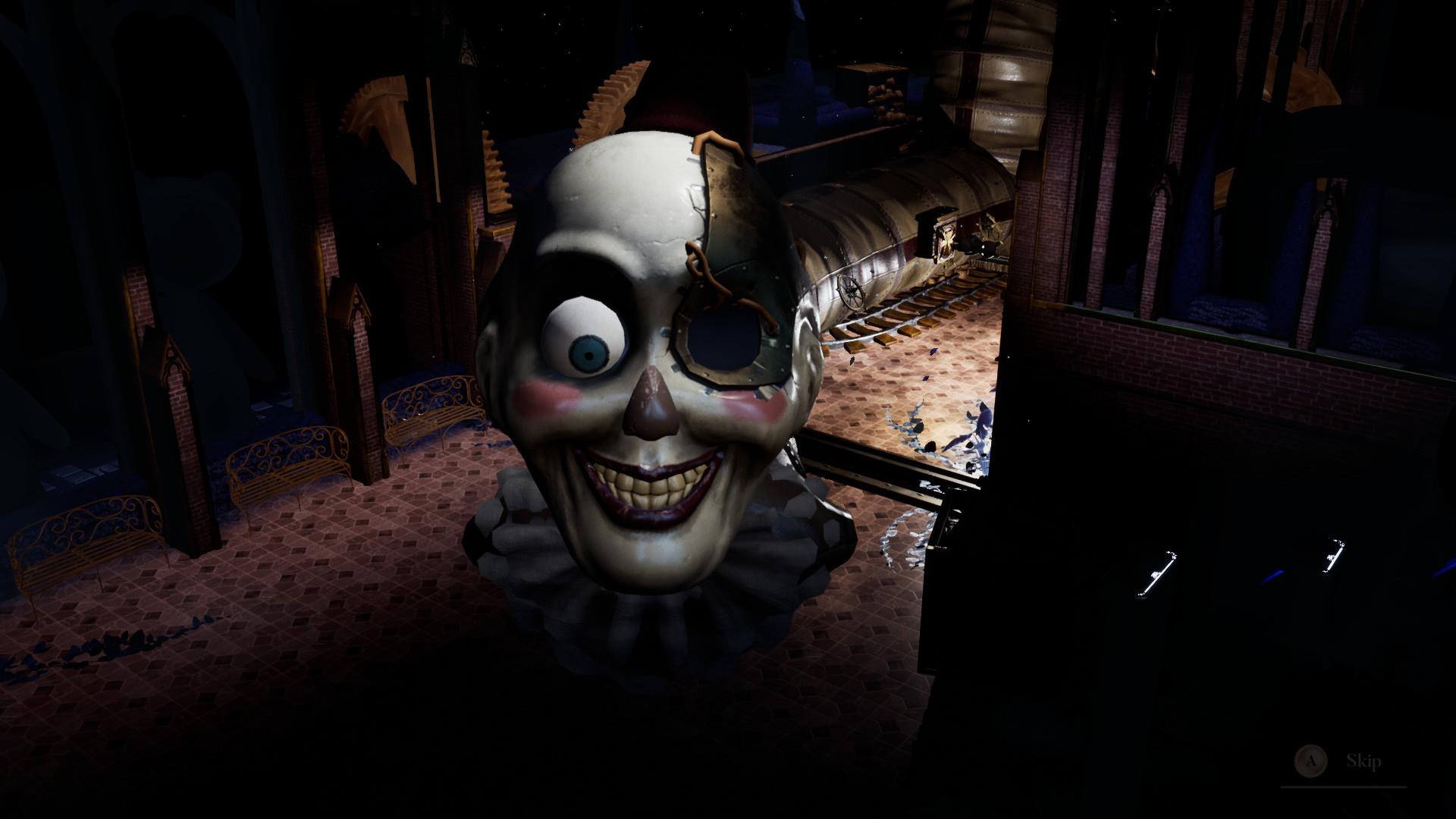 Tandem: A Tale of Shadows

Co-op games can be interesting and challenging, especially when you’re the only player and you’re controlling multiple characters. A couple that come to mind are Giana Sisters: Twisted Dreams and the Trine series, both games in which you can swap between two or more characters with each having their own abilities or specialties. In those games the new characters takes over where the old one was when you swapped. Tandem: A Tale of Shadows takes this a step further as when you swap characters you’re also swapping perspectives.

As the game begins you learn about the disappearance of Thomas Kane, the only son of the famous Kane illusionists. Weeks have gone by and Scotland Yard still hasn't been able to crack the case. Meanwhile a 10-year-old girl named Emma is intrigued by the case and decides to investigate it herself. One night while walking the streets, a carriage speeds by and a teddy bear falls out of it. The teddy bear, named Fenton, takes off after the carriage on foot and Emma decides to also give chase. Now it’s up to Emma and Fenton to solve the case of Thomas Kane’s disappearance. If some of that seems kind of bizarre, namely a teddy bear pulling a Toy Story and a 10-year-old girl investigating a disappearance case, I’m right there with you. 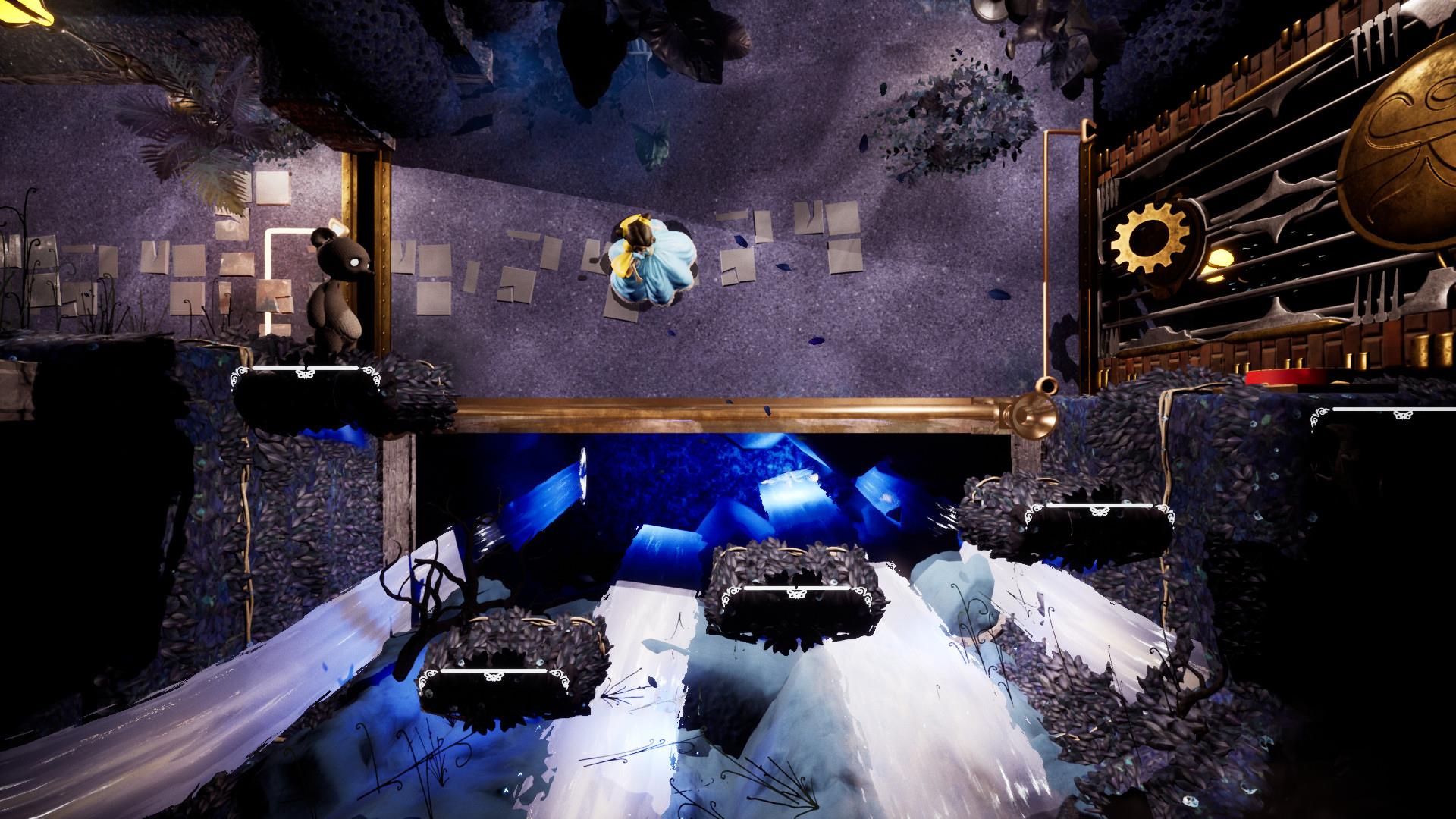 As strange as the story may seem, the main gameplay mechanic of Tandem is rather unique from other co-op games I’ve played. Instead of just switching between Emma and Fenton you’re actually switching between two different perspectives: a top-down perspective with Emma and a side-perspective with Fenton. Fenton can walk on shadows as long as he’s in the light, while Emma can use her lantern and positioning around various obstacles in each stage to move and shape the shadows in ways that Fenton can use to move around. If you try to switch to Fenton while any part of him is stuck in a shadow, the game will let you know this and auto-switch back to Emma. This actually makes for a good portion of the puzzle solving as you’ll have to move and position Emma in just the right way for Fenton to make progress on his part of the stage, and then have him do something for Emma to progress.

While the early stages are pretty basic in terms of progression, later stages introduce more obstacles, with some that can actually “kill” Emma and Fenton. There are no lives, you just restart before whatever killed you. You’ll have to think carefully about how to position objects just right to avoid an enemy’s line of sight or to position the shadows in just the right way for Fenton to progress. Each stage also has switches to press, levers to pull, and other mechanics unique to each of the five worlds. While the puzzles aren’t too difficult, a lot of them are rather clever and, as a puzzle game, the puzzles themselves are what really stand out in Tandem. While some puzzles did make me think a bit about how best to solve them, and a couple I’m pretty sure I didn’t solve them the way they were intended to be solved, none of them were so difficult that I had to look up a guide. The music throughout the game as well as the artwork are also both really well done. 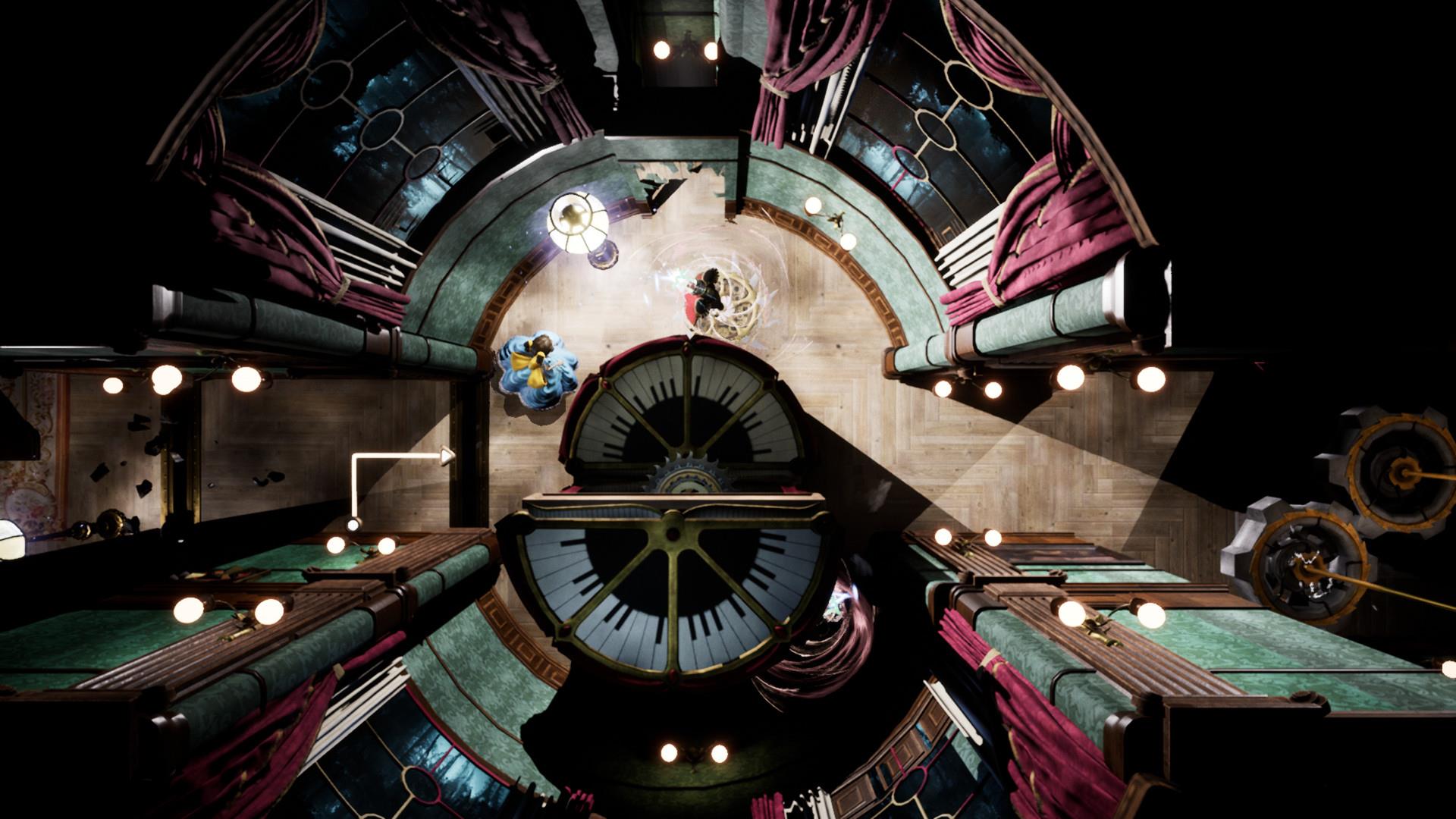 That being said, there are some things that I had to scratch my head at. I’ll get the big one for me out of the way first: Emma, namely her voice. Don’t get me wrong, for a 1-year-old girl living in London (presumably since the game mentions Scotland Yard), she does sound like a 10-year-old girl with an accent. But for some reason it’s the way she talks that I couldn’t stand for a good portion of the game. The best way I can put it is that it sounds like the voice actress is trying too hard with her lines instead of just letting things sound natural. It’s not a deal breaker by any means, but after a while I started to get a little tired of it. Sometimes she sounds pretty decent, but others almost made me want to skip certain cut scenes.

Then there’s the story, or what little we get of it. I’ll won’t go into spoiler territory but the story is…there. As I said earlier you’re trying to find out what happened to Thomas Kane. A carriage drives by, a teddy bear falls out, becomes sentient, and Emma chases after it. That’s literally the bulk of the story. You don’t really find out anything else about Thomas Kane, Emma Kane, or Fenton and why he can move around on a different perspective, let alone walk around at all. 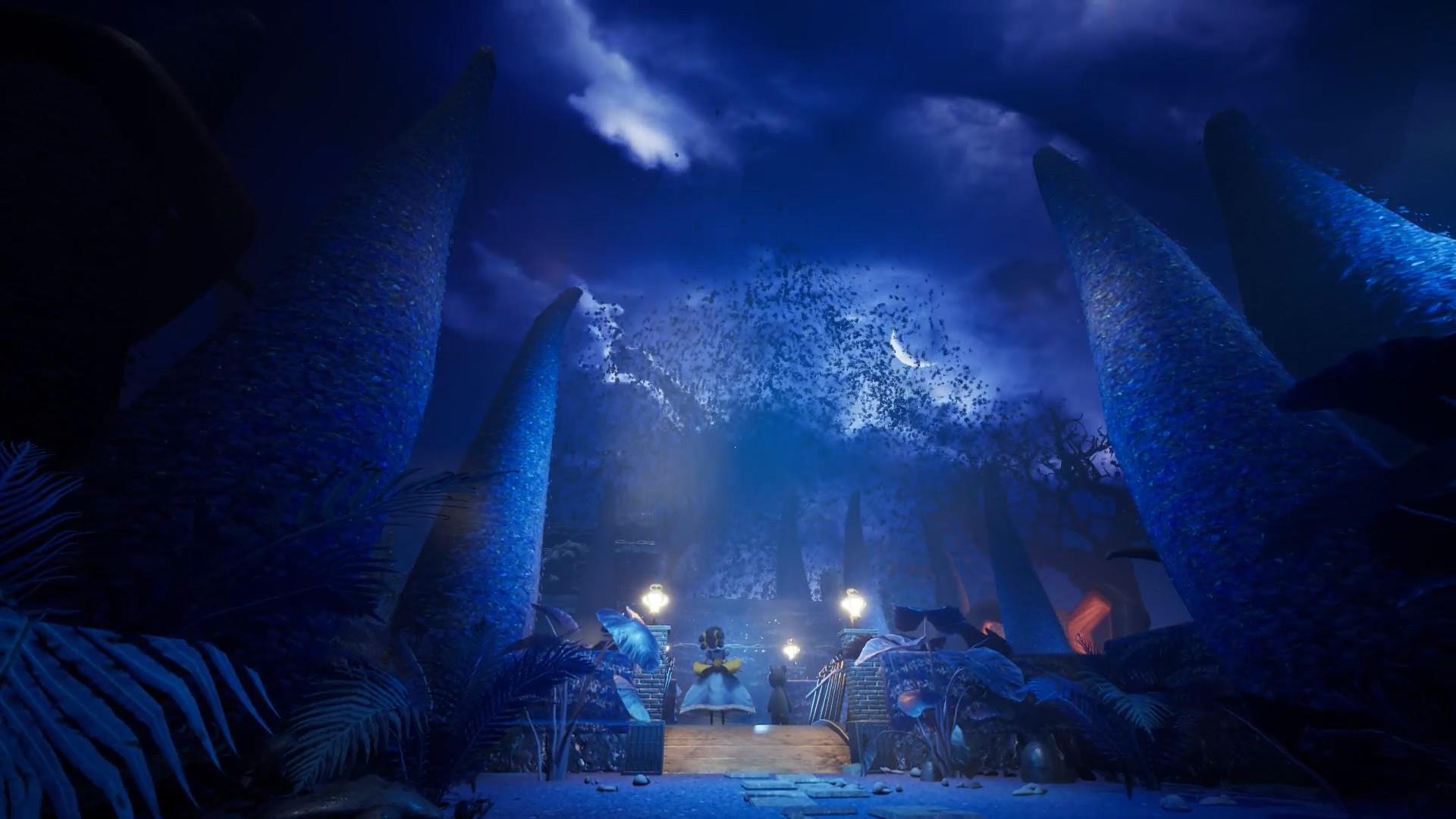 Then comes the ending. The game is rather short, completable in around four to five hours if you’re good at solving the puzzles. The ending itself is, to be honest, kind of dark and not one I saw coming. I literally just stared at my screen for a bit afterwards thinking, “That’s it?” There are 18 secrets you can find throughout the game, at least according to the Steam achievements, that might explain more about the backstories of the Kanes and Fenton. I only found a few and the narrator from the beginning of the game says a couple of lines, but the ones I found didn’t do anything else to explain the story or backgrounds of anyone. Even still, I wouldn’t mind hidden secrets being used to go into extra detail about things, but not for basic storytelling elements. I even looked around to see if there were multiple endings if you collected all of the secrets, but I could only find the one.

I’m actually a little mixed when it comes to Tandem: A Tale of Shadows. On the one hand I did legitimately enjoy the game for the most part. The puzzles themselves are clever and fun to play through, especially trying to figure out how best to position objects to get Fenton to the next switch or platform while also keeping Emma out of harm's way. Dying doesn’t result in much loss of progress, and if you do get physically stuck (I’ve had Fenton or Emma stuck a couple of times with no way to progress) you can hold a button to restart at a recent “checkpoint”; typically for Fenton this is the last piece of solid ground he stood on. Even though the puzzles were fun—and those are the meat and potatoes of a puzzle game—the story was kind of the opposite: it was there. I understand that a good puzzle game doesn’t necessarily need a story, but if you’re going to have a story, at least try to make it as enjoyable as the puzzles instead of introducing us to our two main characters, the basic plot, and nothing else, especially when one of them is a 10-year-old girl trying to solve a case that Scotland Yard can’t, and the other is a teddy bear that can walk around like it’s perfectly normal for a stuffed animal to do so. In the end it can be a bit difficult to recommend Tandem: A Tale of Shadows. If you enjoy puzzle games and don’t mind the short length, lack of story elements, and Emma’s voice, definitely go ahead and pick it up.

Tandem: A Tale of Shadows is a fun and clever puzzle game, but the story falls quite a bit flat with a pretty dark ending. The puzzles themselves are enjoyable with needing to switch between Emma's and Fenton's perspectives a nice mechanic. The story though is just there and while puzzle games don't need stories to be enjoyable, if you're going to have one at least flesh things out a bit. If you don't mind a story that covers just the bare essentials needed to have a story, Tandem's puzzles are pretty enjoyable and I'd recommend checking the game out at some point.