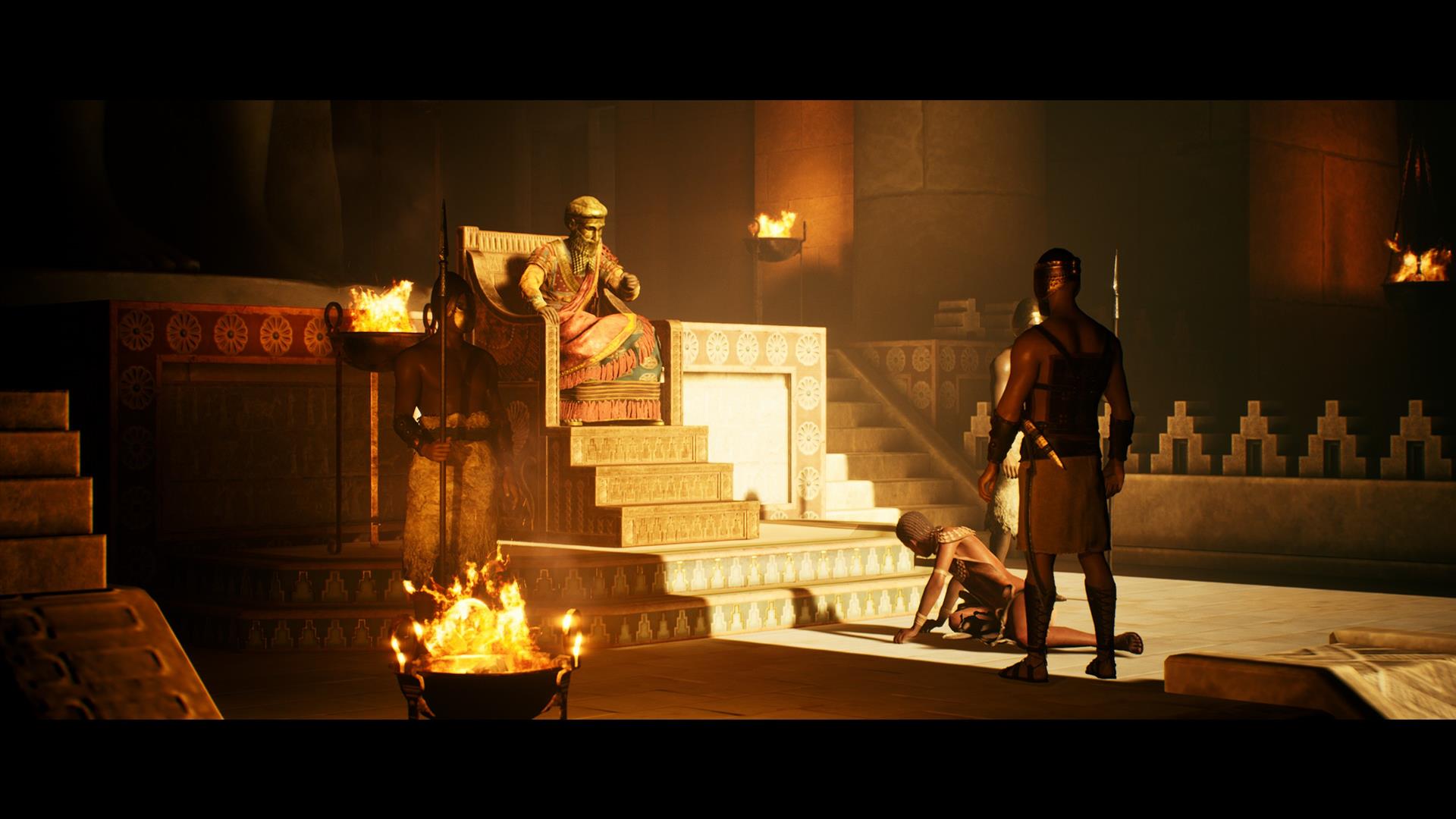 The Dark Pictures: House of Ashes

It’s a wonderful thing that Supermassive Games is releasing additions to their Dark Pictures Anthology series on a yearly cadence—that are just in time for Halloween as well! However, the newest installment, House of Ashes, is a major departure from the rest of the series, as it ventures more into the action adventure side of things as opposed to the traditional survival horror sense.

House of Ashes starts off with a bit of backstory, bringing you back to 2250 BC, where both the Akkadian Empire and the invading Gutians are slaughtered by some unknown entities off screen. This bit of backstory is important to setting the narrative, as ancient Mesopotamia sits under present day Iraq, where the game takes place in present day. The then self-proclaimed god-king Naram-Sin is said to have brought a curse upon the land after upsetting the gods, bringing plague and death to everyone. 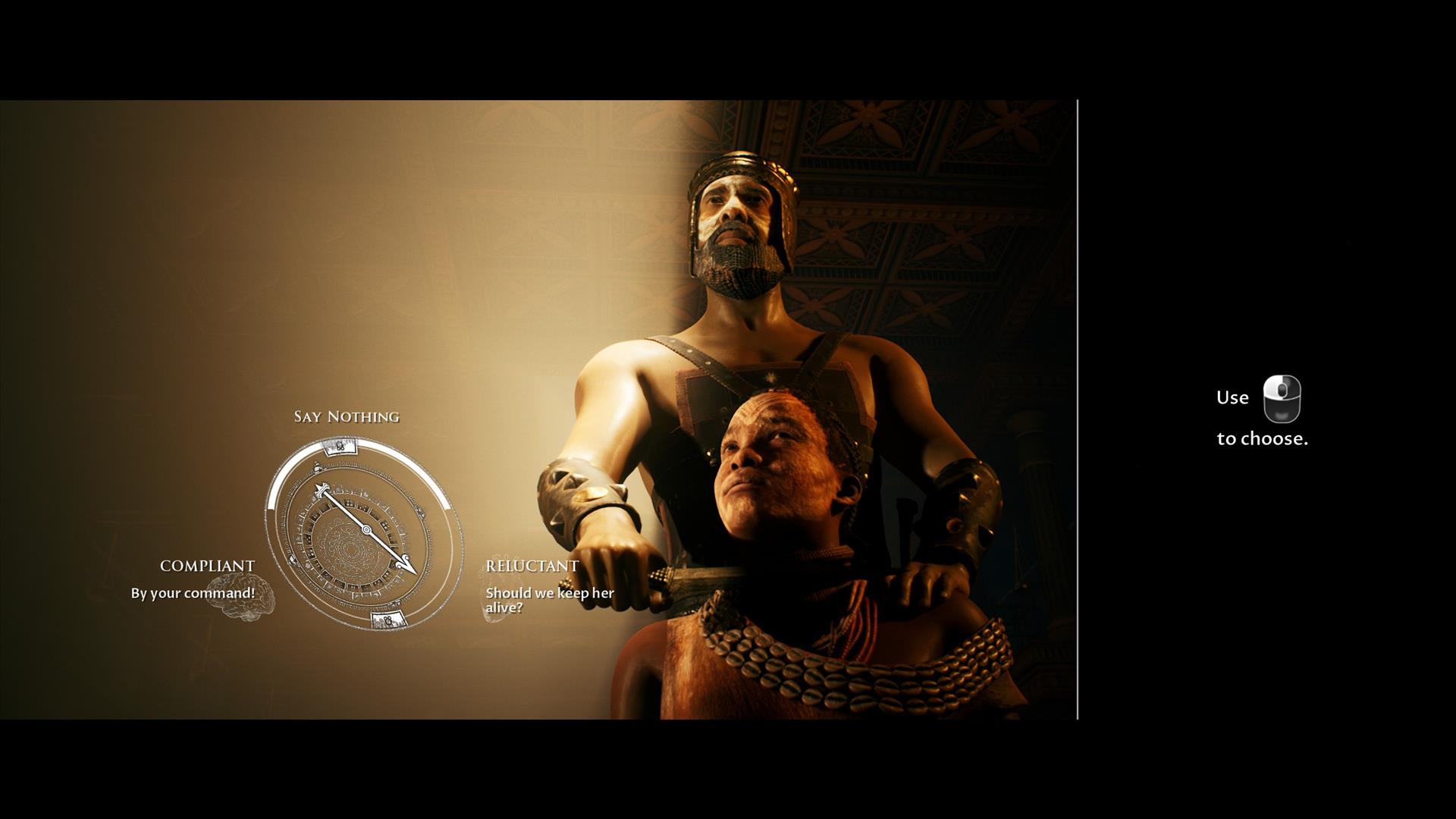 House of Ashes abandons the classic tropes of horror, such as ghosts, possessions, or hauntings, and shines a light on Middle Eastern cultures and religions instead. The game takes place in 2003, during the Iraq War, and focuses on a cast of four American soldiers and one Iraqi lieutenant. There’s the hardheaded and confident Lieutenant Jason Kolcheck, the abrasive and blunt Officer Rachel King, the insecure Colonel Eric King, the romantic Sergeant Nick Kay, and the courageous Iraqi Lieutenant Salim.

The backstory of each character is revealed not long after the prologue, offering insight and predisposition on which choices to pick as the game progresses. There is also a supporting cast of side characters with personality as well, including the vulgar joke-cracking Merwin, impatient Clarice, and worried Joey. Honestly, Supermassive Games did a fantastic job with the cast of characters. The dialogue feels unforced, natural, and realistic. The spicy reveal during the first few minutes with our main cast of characters is that Rachel and Eric are married but separated. Rachel has been having an affair with Nick behind Eric’s back. It was the ultimate build up to see how things would play out with these characters given the background. 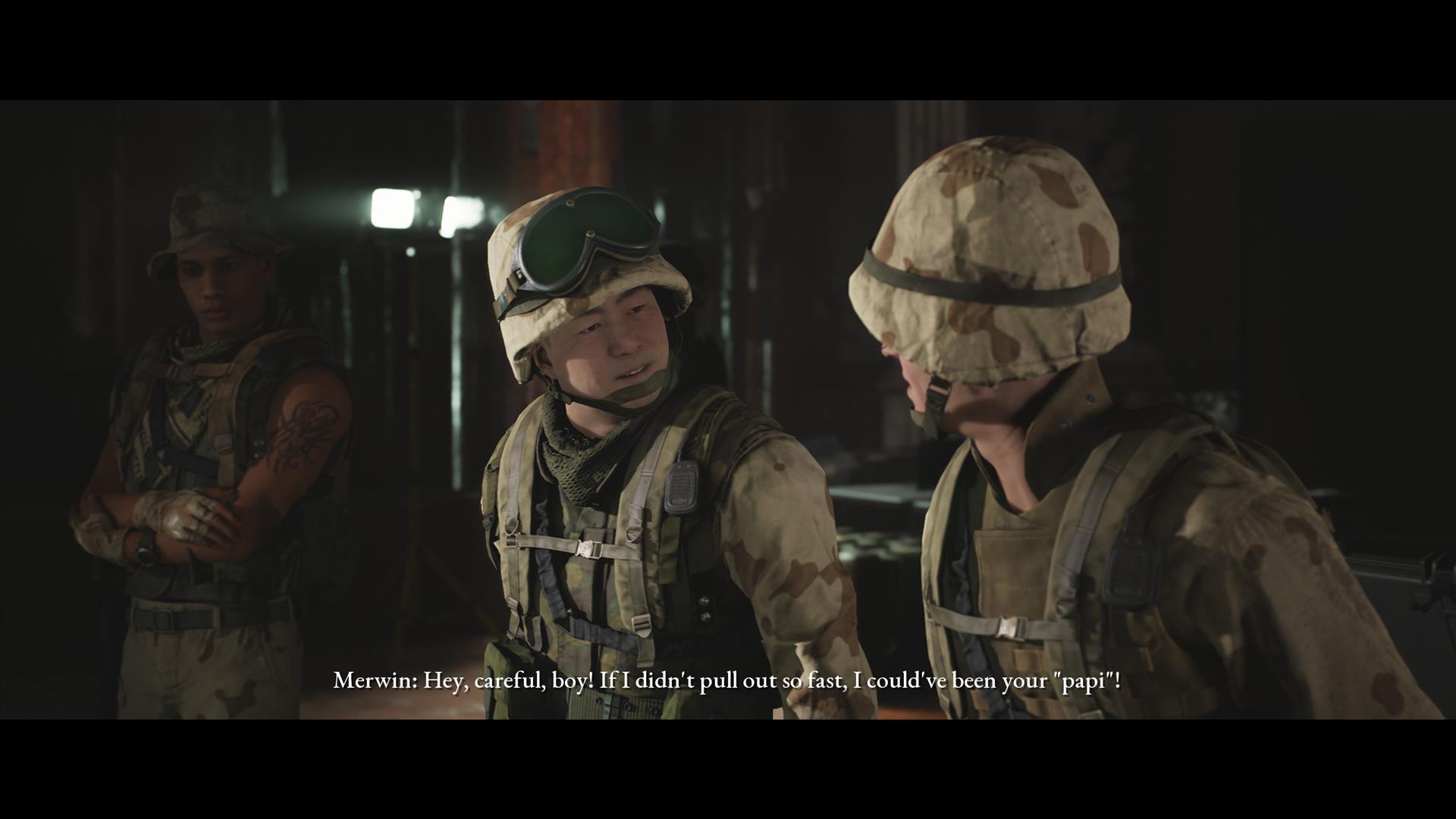 The group of American soldiers has been tasked by Colonel Eric King to infiltrate a supposed chemical weapons silo in a remote village in Iraq. Not only does this secret stash of weapons not exist, but an unexpected earthquake and an Iraqi army ambush cause the protagonists to fall into an ancient Sumerian temple, where unknown horrors await them as they try to escape. The narrative starts off strong and enticing, but ultimately ends up lazily played out, especially the way the protagonists escape the temple. They suddenly find a statue to use to climb out, but that statue was there from the beginning, so why did they have to go through so much trouble just to find it now?

It’s sort of difficult to review House of Ashes because it doesn’t conform to the traditional aspects of a horror game. In terms of terror and horror, House of Ashes isn’t all that scary. Sure, there are a lot of dark caverns to explore, and an unknown entity stalking is you, but tension is relieved pretty early on. Supermassive Games does do a fair bit of teasing the “monster” via off screen kills, audio magic, and use of shadows that sets up a tight mood. But when the actual entity is revealed, the scare factor diminishes and you’re left with: It’s not that scary but I guess it looks kinda cool! Perhaps the scariest revelation of the game is that bullets do close to nothing to the antagonists in House of Ashes, which renders the soldiers’ rifles useless when it comes to survivability. There are some narrative gaps that don’t quite add up when it comes to the historical origins of the antagonistic abomination, but this time it’s a real thing and not a hallucination! 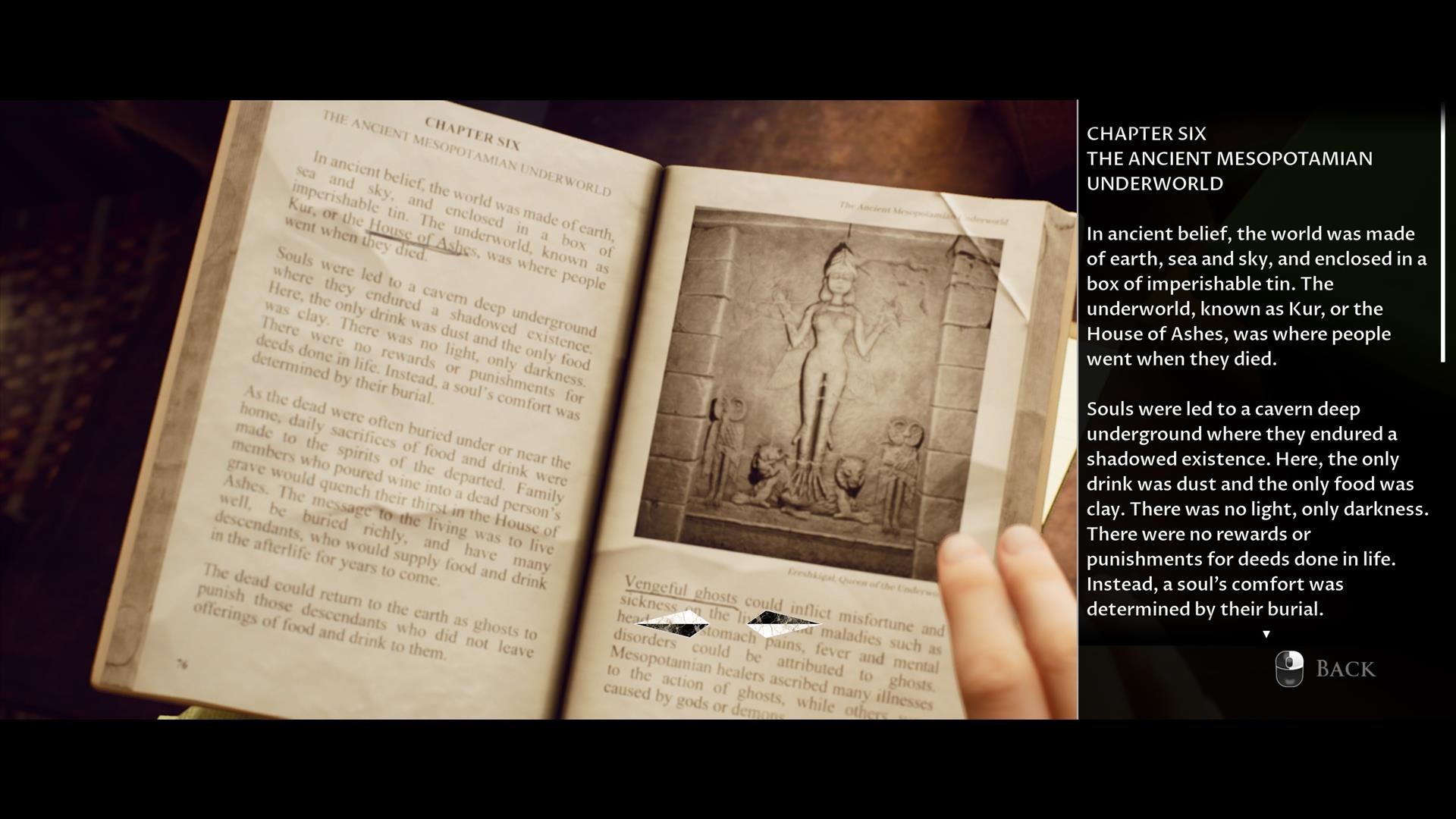 The best aspect of House of Ashes is how the stories of each character pan out and how they interact with each other. By the end of it, I was really only rooting for Salim to make it out alive and get back to his son in order to celebrate his birthday together. I think the game also does a profound job touching upon intercultural relationships and how we can put aside our differences to help each other out, even in a time of war. Obviously the relationship Salim has with the rest of the Americans is up to you and the choices you make, but seeing Jason and Nick treating Salim as another human being, and not an Iraqi, put a spark of hope in my heart that not all humanity is lost.

The Dark Pictures Anthology games all play the same, and House of Ashes doesn’t do anything to reinvent the wheel. This interactive adventure where choices matter presents you with dialogue options and quick time events to determine which story ending you will get. Building up a relationship with one character may negatively impact how another character sees you. Likewise, you are also presented with additional difficult decisions at times to save or abandon a particular character. Aside from decision-oriented gameplay, there is the occasional free-roam exploration to solve puzzles, gather clues, and read up on lore via found artifacts. 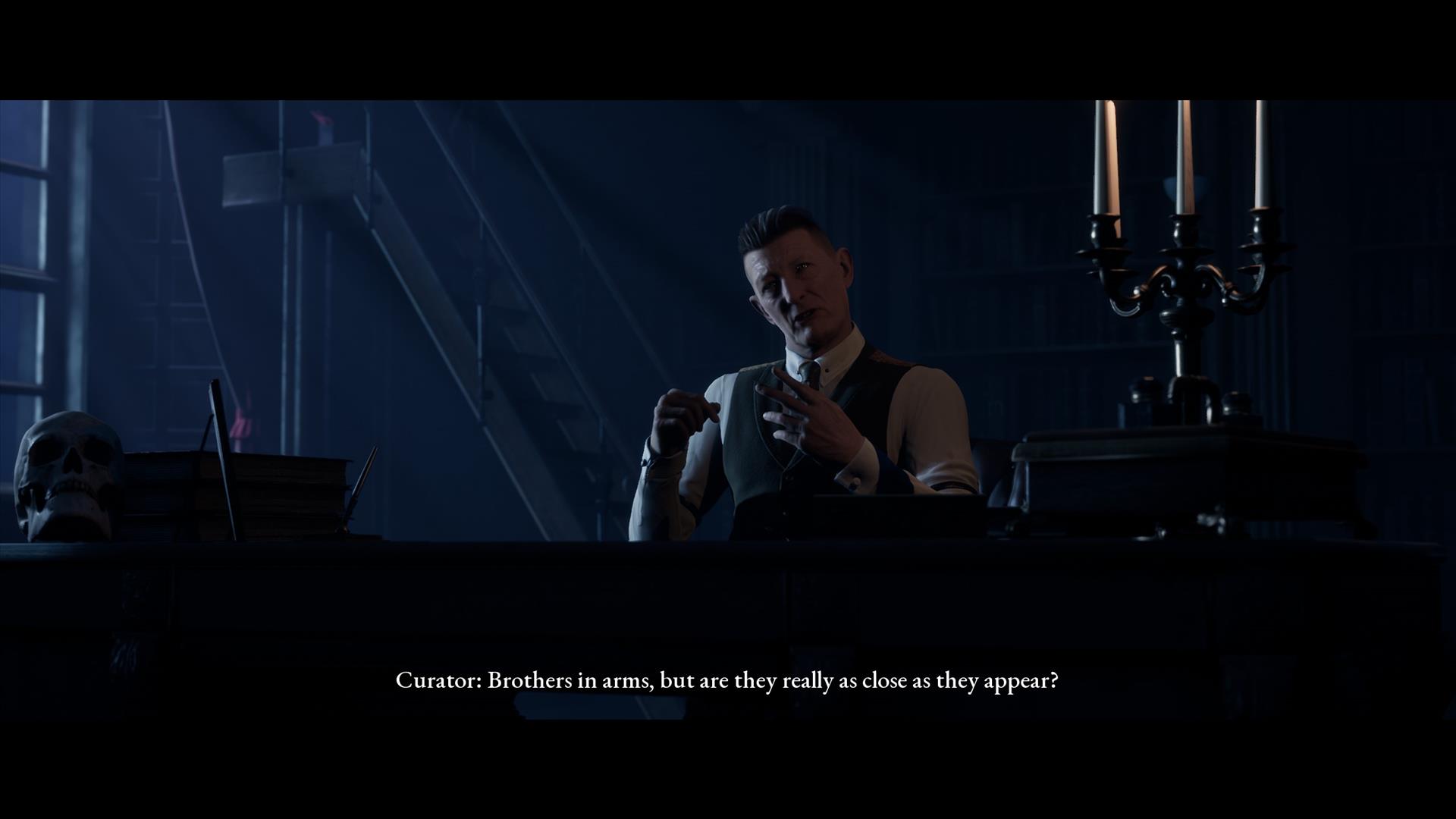 Fortunately, House of Ashes does introduce some gameplay enhancements that differentiates itself from the previous games in the series. The game introduces a 360-degree player-controlled camera instead of the previous fixed camera angle gameplay. Supermassive Games also added three difficulty levels, with higher difficulty levels reducing the time to react to quick time events. They’ve also added moral dilemmas to quick time events that sometimes may have consequences for going through with performing the action. House of Ashes is the first game in the series to offer next-gen console upgrades that feature raytracing, performance and quality modes, faster loading times, and better textures. The game is also the first game to feature a main female protagonist, starring Ashley Tisdale as CIA Field Officer Rachel King.

Like most other Supermassive games, House of Ashes knocks it out of the park when it comes to visual quality and graphics. The game runs smoothly at 60FPS with no stuttering or flickering. Voice acting is also superbly done, with each protagonist fitting their respective role extremely well. Each character showcases enough back story and personality to be emotionally invested in, so causing one to die is truly a painful consequence. 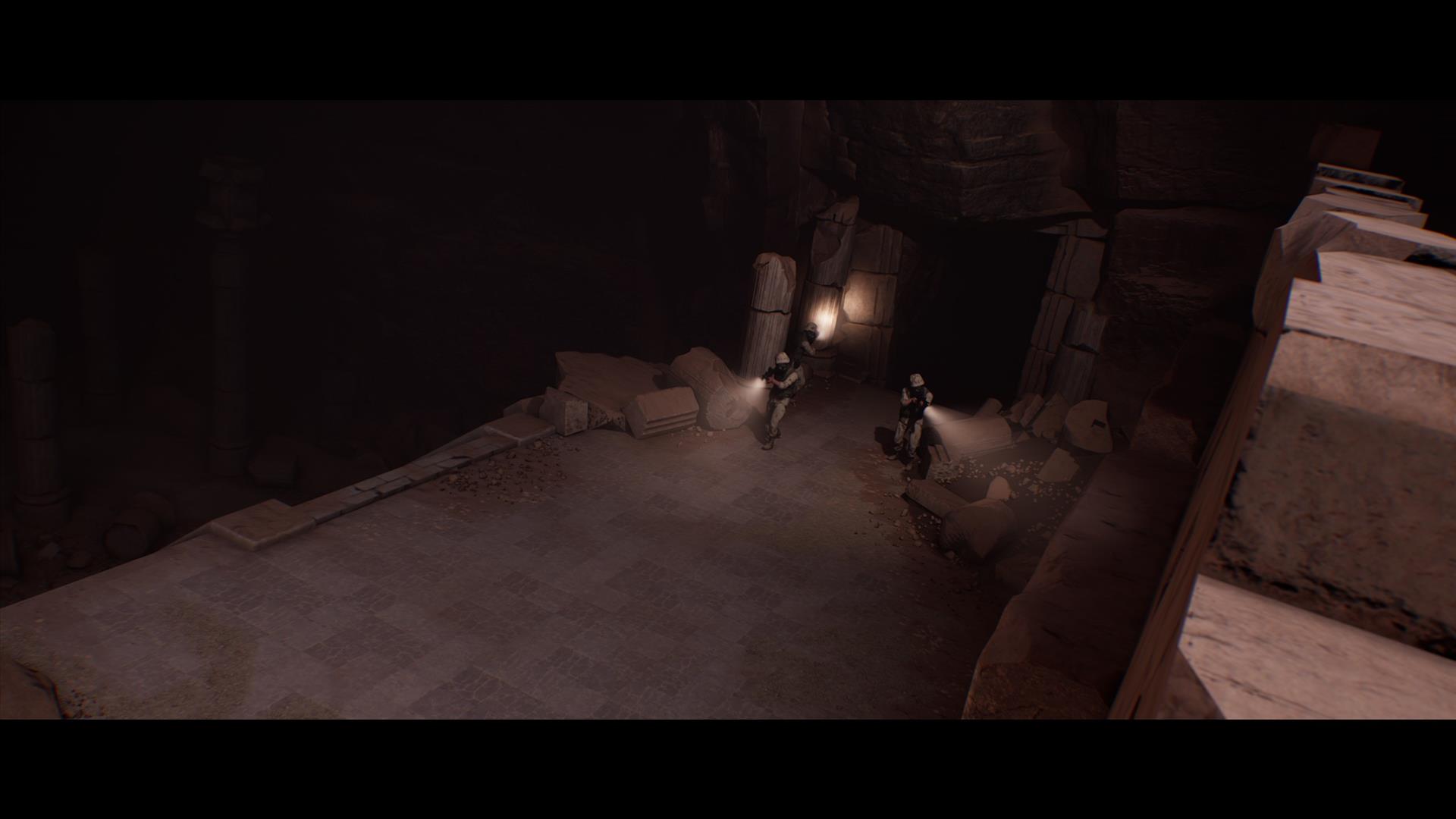 There are some technical shortcomings with the game that lessened the overall gameplay experience. First off, this review was done on PC, but the game suggests that it is best played with a controller instead of keyboard and mouse. Pairing a PlayStation 4 DualShock controller to Steam worked seamlessly with all other games, but failed miserably with House of Ashes. The only button input that actually responded was the Circle button, which acts as a “cancel” or “back” button. Every other button input was not read by the game, rendering the option to use a controller absolutely impossible.

In addition, the added 360-degree camera angle is a commendable effort and overall quality of life improvement compared to the fixed camera angle, but the developers did a haphazard job with it. The rotating of the camera is not only janky and clunky, but was unresponsive at times too, causing me to move my mouse multiple times to get the camera angle correct. Most of the game played smoothly, but there was one portion of the game where picking up a particular book caused the game to crash repeatedly. Thankfully, picking up the book was not required to progress in the story, but still a bummer for those who want to 100 percent the game. Cutscenes depicting characters that had already died were also shown, breaking immersion and making me question if I had just seen a ghost. 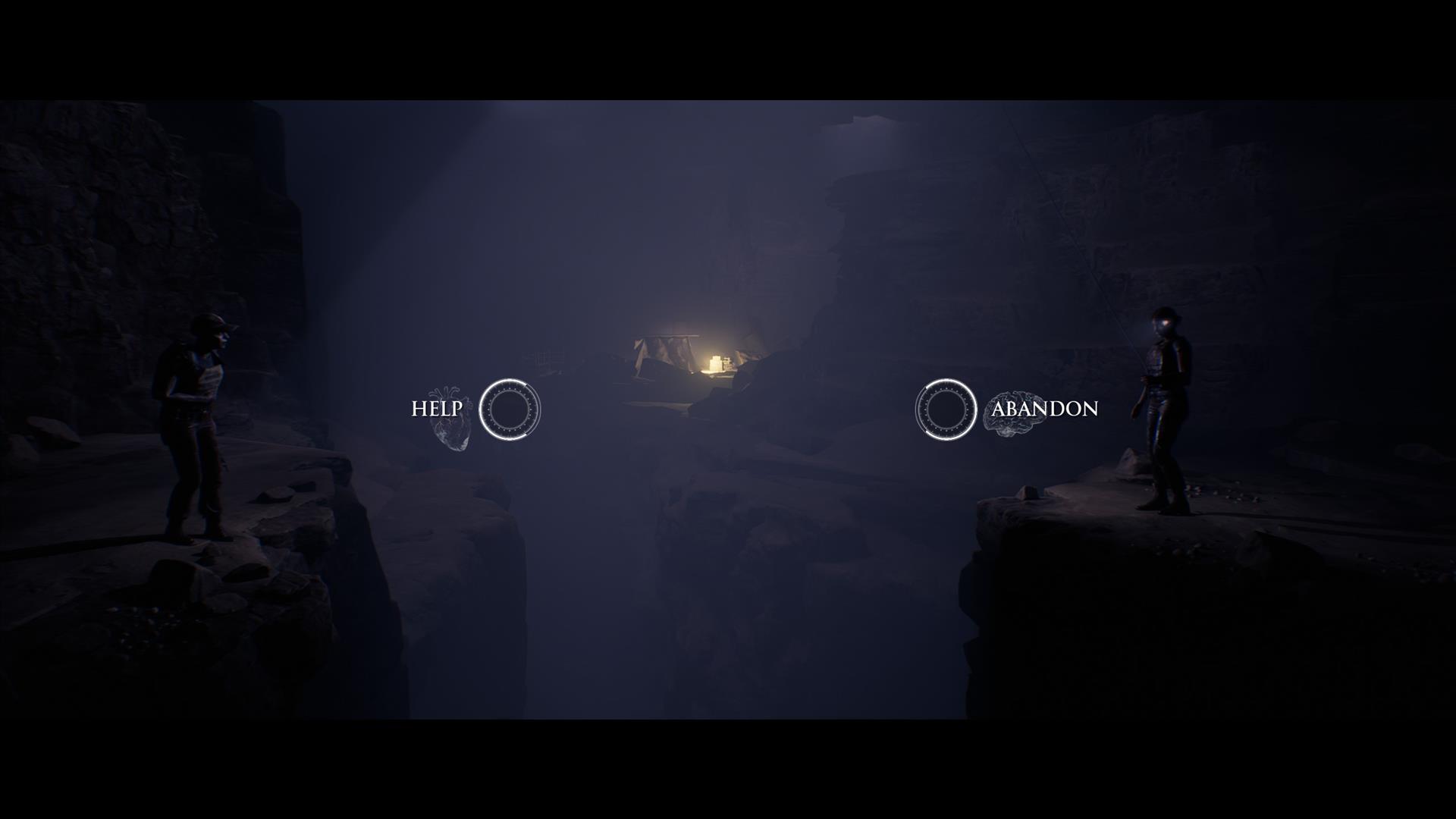 While The Dark Pictures Anthology: House of Ashes does not introduce any groundbreaking elements into this well-established horror franchise, it bodes well as it steps a bit out of its comfort zone to venture a little bit into action-adventure while retaining its horror roots. The game does a commendable job putting you at the crossroads of difficult decisions that explore the relationships between multiethnic groups. Despite its technical bugs, House of Ashes offers enough fun, scares, and replayability with its theatrical and curators cut mode as well as the multiplayer option to be well worth checking out this Halloween.

While House of Ashes takes a minor departure from pure survival horror, it manages to maintain its roots and tells a somewhat compelling narrative with a solid cast of characters. It's ultimately held back by a few technical issues and story loopholes that don't quite make sense.