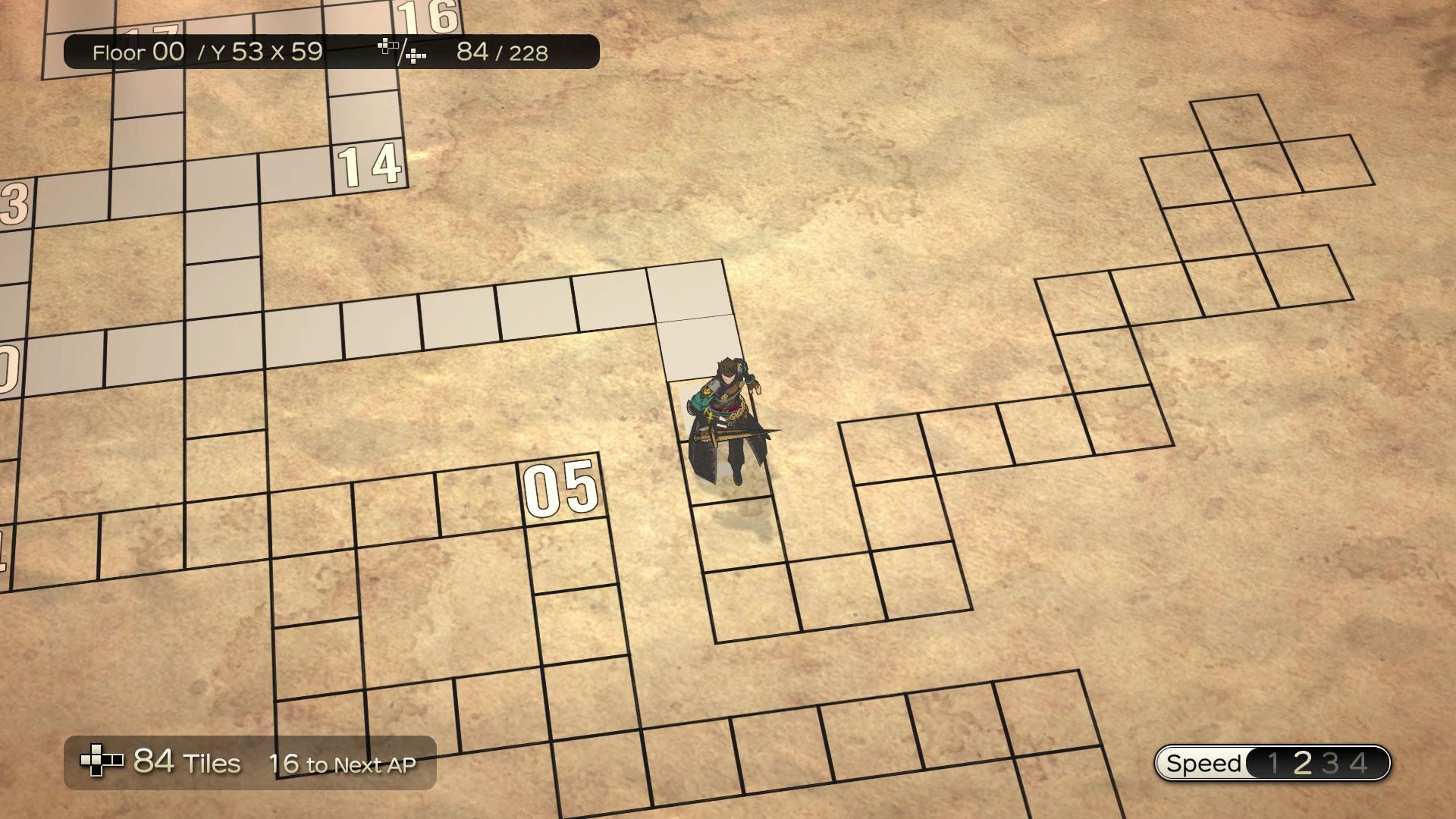 Written by Elliot Hilderbrand on 10/28/2021 for PC
More On: Dungeon Encounters

I find the look of Dungeon Encounters to be unique, and a bit underwhelming to say the least. When comparing it to any JRPG from the last 15 years its’ looks are in a category its own. I feel that it is too easy to call this an "old school" game, however. I don’t think that’s a very good line of thought. Dungeon Encounters is much closer to a digital board game. You couldn’t rip this game out of the computer and make it into an actual board game, but it plays like one.

You control a piece and you move it through a world of squares. The game wants you to imagine that you're crawling through a massive labyrinth. Even as someone who plays tabletop roleplaying games regularly I couldn’t get myself there. Not being a looker of a game makes it easy to overlook the other elements of the game, and unfortunately Dungeon Encounters is fine with that. The thought here might be that the mechanics are enough to keep people invested. For most of my time playing the game, that held true. But there is something about this game that just feels missing. I can’t quite put my finger on it. Perhaps it's a bit of everything.

The lack of story for a JRPG make the entire venture feel underwhelming. If you are looking for anything other than a paragraph at the beginning of the game explaining the situation, or you are trying to find any motivation to search the labyrinth, then look elsewhere. With no story-driven elements there are also no character-driven ones. Characters come and go on a whim. You start out by picking four from a pool of available people, and just start searching the maze like labyrinth. I found myself only caring about one thing when it came to my four characters: their level. If I encountered a new character with a higher level while exploring, I would immediately work towards adding them to my party, frequently dropping the lowest level character for them. There were times that I wouldn’t do that, but it was rare, and was always because of synergy with the rest of the party. But I had no attachment to them, no vested interest to see them finish the maze.

While story and characters mean nothing to Dungeon Encounter, you are left with one thing to care about - numbers. You want the highest level characters you can find; it makes surviving easier. The faster the better, the stronger the better. Numbers are about the only thing of importance while searching the labyrinth. 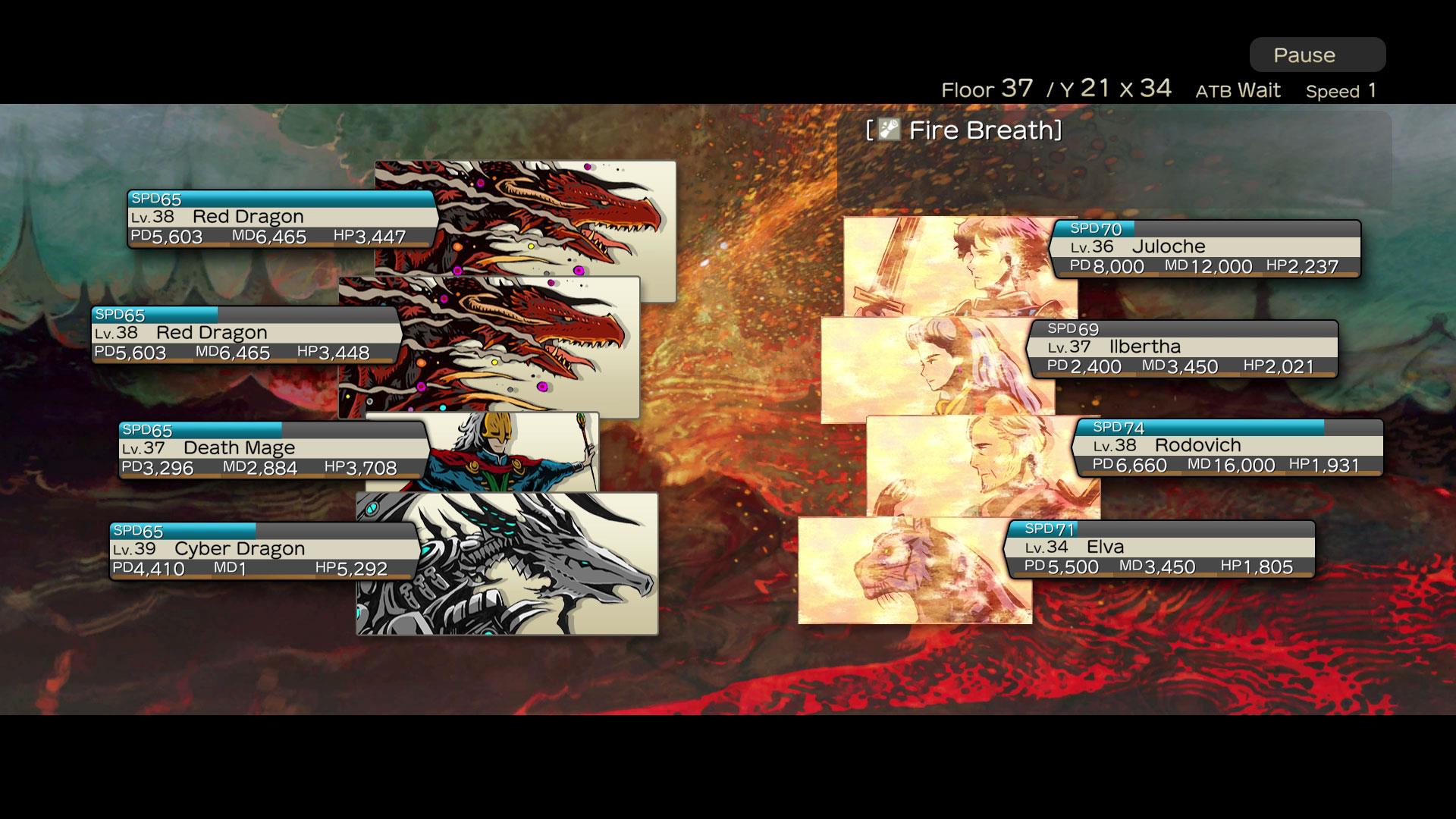 The battle system is the bread and butter of a JRPG and the same is true here. Dungeon Encounters uses the Active Time Battle System. Everyone has a bar, some move faster than others, and when that bar reaches the end that character makes their move. Attacks are either physical or magical. Each character has three separate health numbers to watch for: physical, magical, and then regular. Once the physical or magical health reaches zero then characters can do damage to the regular health pool. Forming a team that can do both is critical to long term success. If you stock a party with just physical attackers you may do well for a while, but you’ll eventually encounter something that will wipe the floor with that party.

While there is a lot of learning to be done about battles and how to progress further down the labyrinth, there isn’t much to look at while battling. There are no cool cut scenes, no fun-looking special moves to use. Just bars waiting to fill up. Having said that, the combat system works, and works well. I wish I had more to do or see then just wait my turn for the system to play out. While waiting for the combat system to play out you can hear a soundtrack that plays over and over. The music is great, the guitar wailing is excellent, but it repeats frequently. 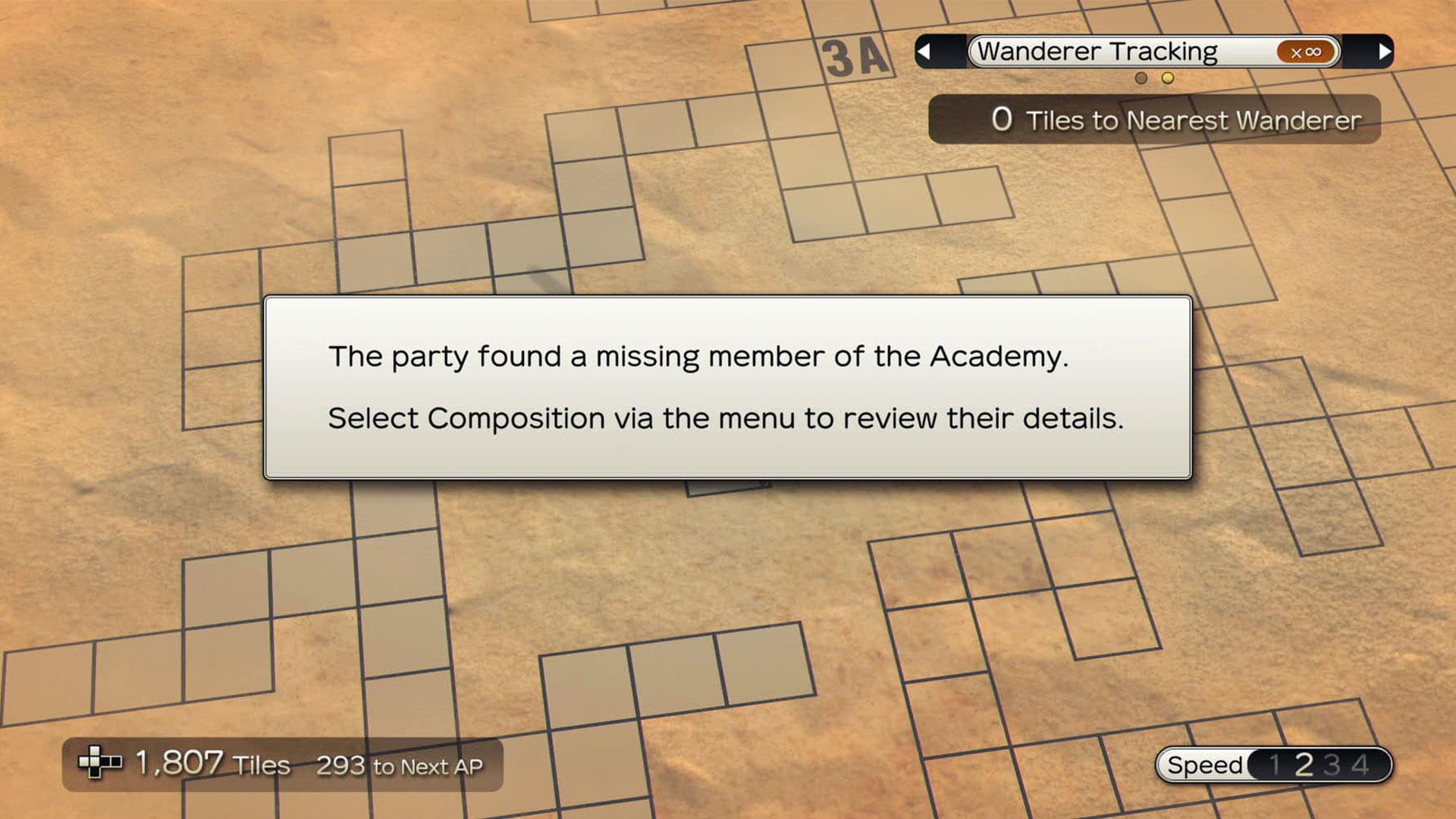 The further you crawl down the labyrinth the harder things become. At times the game will even troll you by putting something on the map that you cannot beat, in an attempt to teach you mechanics. When you die, which will happen, death is not the end. You can simply recruit a new class of four characters if you want, and force them to trudge through the labyrinth in an attempt to rescue your former party. Each time you reenter a level the board resets and you will have to fight your way through it all over again. While I don't think you can hard lock yourself out of your run, I think you can soft lock it where it becomes a lot of replaying to get yourself back to where you once were.

I can’t help but feel I’m missing something with Dungeon Encounters. I want to love this game. It has a lot of great elements that I look for in a JRPG. Dungeon crawling, excellent battle system, and music that sounds great (the first two or three times at least). The game excels at what it wants to do, but it’s missing some quality-of-life features that seem like staples in most modern JRPGs. A complete lack of story in an RPG is next to unheard of these days, and is a big selling point for me when playing in the genre. I want to be taken to another world. Here I’m taken to what seems like a piece of graph paper. While the pictures of most of the characters look great, that’s all they are: pictures. I found myself lacking motivation to continue after playing only seven or eight hours. Levels became difficult, and my only motivation to continue was to see just how far I could make it. 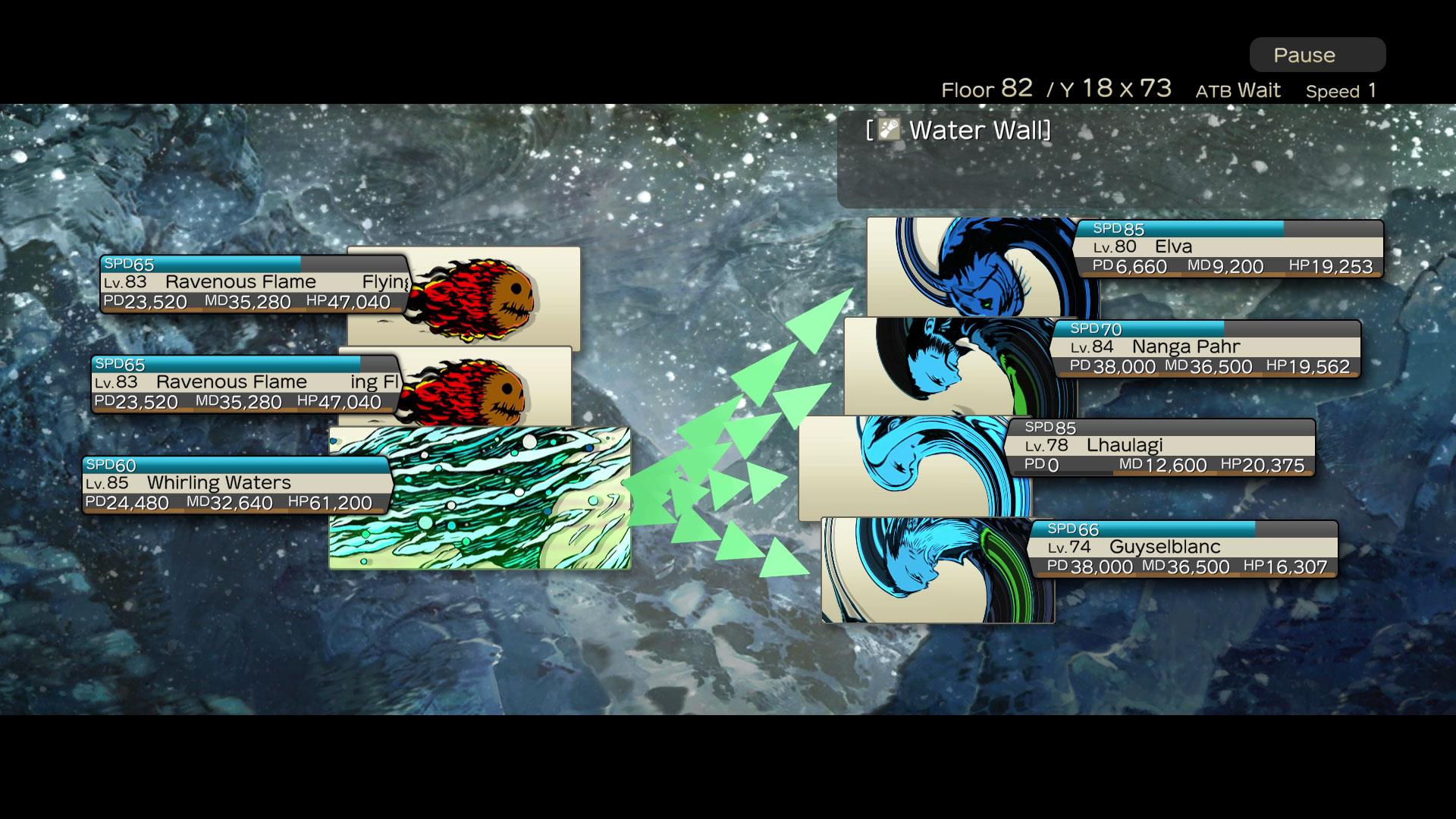 Dungeon Encounters is a very simplistic approach to the JRPG genre. Don’t let that fool you though. The Active Time Battle System works well when all you are looking at is bar filling on profile pictures of characters. But when you exit a battle that doesn’t give you much to look at, you see a dungeon that’s just filled with squares and numbers. There is plenty of entertainment to derive from Dungeon Encounters, but it feels repetitive after a few hours. And without motivation to continue I never felt the need once I cleared 20 or so levels of labyrinth.

When your only motivation to continue is to see just how far down a tiled dungeon you can get, I became exhausted. I love the combat system. The amount of weapons and armor you can equip your party members is great. But with the game not providing any story or character motivation, I became weary. While I enjoyed the mechanics and searching, the somber feel of Dungeon Encounters made me realize why they don't quite make them like they used to.