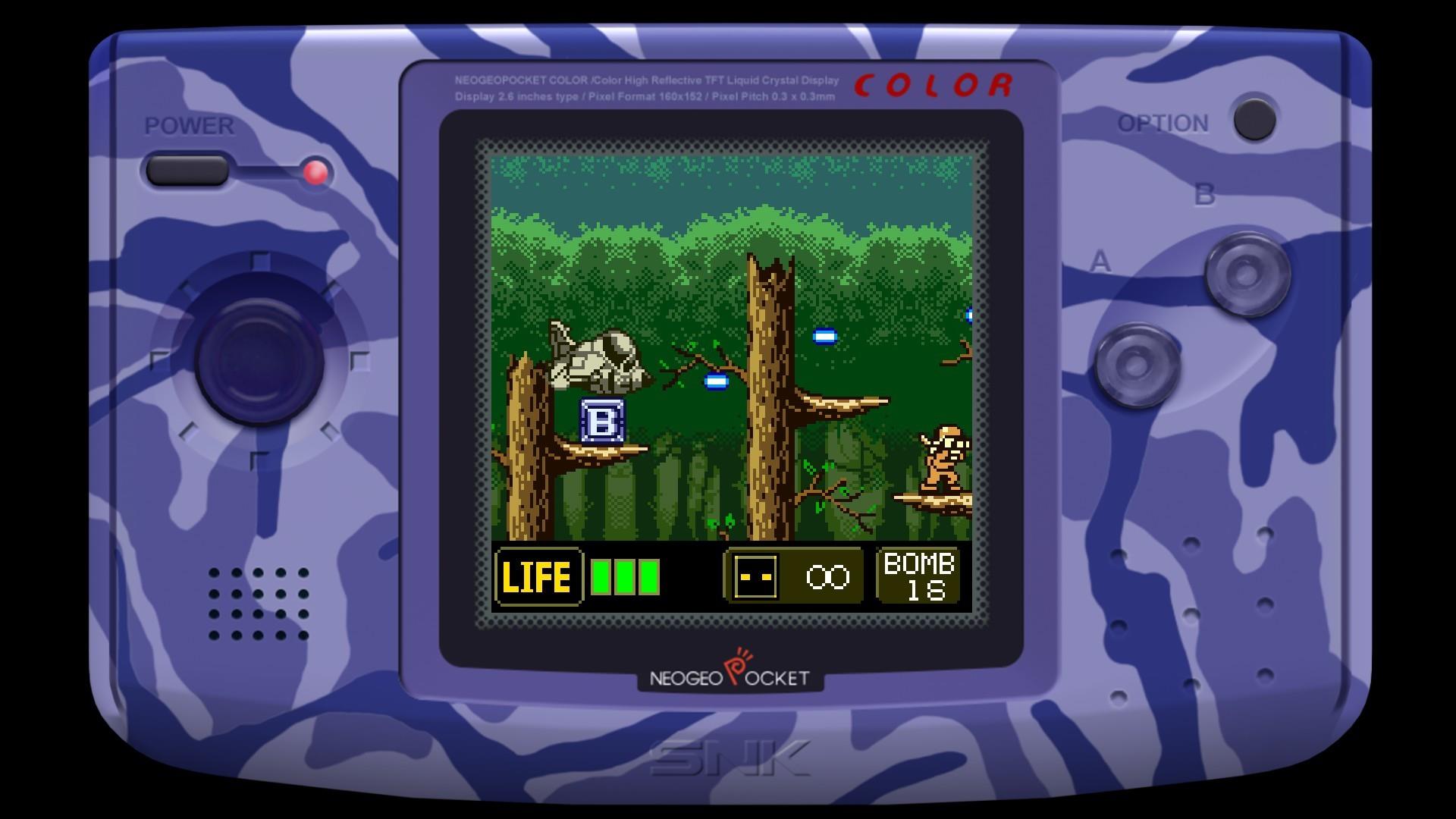 Perhaps that's why Games N Moorer's Joseph Moorer is such a fan. At a GDEX panel a few weeks back, Joseph kept shouting "Neo Geo!" into a room of gamers, attempting to persuade them that it was the greatest console every released (we eventually pivoted to Dreamcast, which we enthusiastically took almost to the last round of the bracket). So when a few days later I saw that the Neo Geo Pocket Color Selection Volume 1 was releasing on Steam, I knew that Joseph would have a good time streaming it.

NeoGeo Pocket Color Selection Vol.1 boasts a pretty stellar lineup of games for a system that only achieved a 2% market share at it's height:

The title also includes 3D models of the game cartridges, which is pretty neat. Players can toggle between standard and monochrome modes, so you can get as nostalgic as you can stomach. You can also throw a filter over the gameplay to emulate what the games actually looked like on the original screen, which is neat for about seven seconds.

As usual, Joseph runs through all of the game's features, demonstrating how you can check out the games' cartridges and boxes before jumping right into King of Fighters. Joe shows off all of the skins you can use - to keep the games from floating in the middle of a giant black screen - finally deciding to blow up the game to full screen.

Over the next hour, Joseph hops in and out of the various games in the collection, spending time on a variety of entries, including the golf game. For the most part though, he seems to really enjoy the fighting games. It's a great stream, and a good way to see what all this collection offers - presented by a fan.