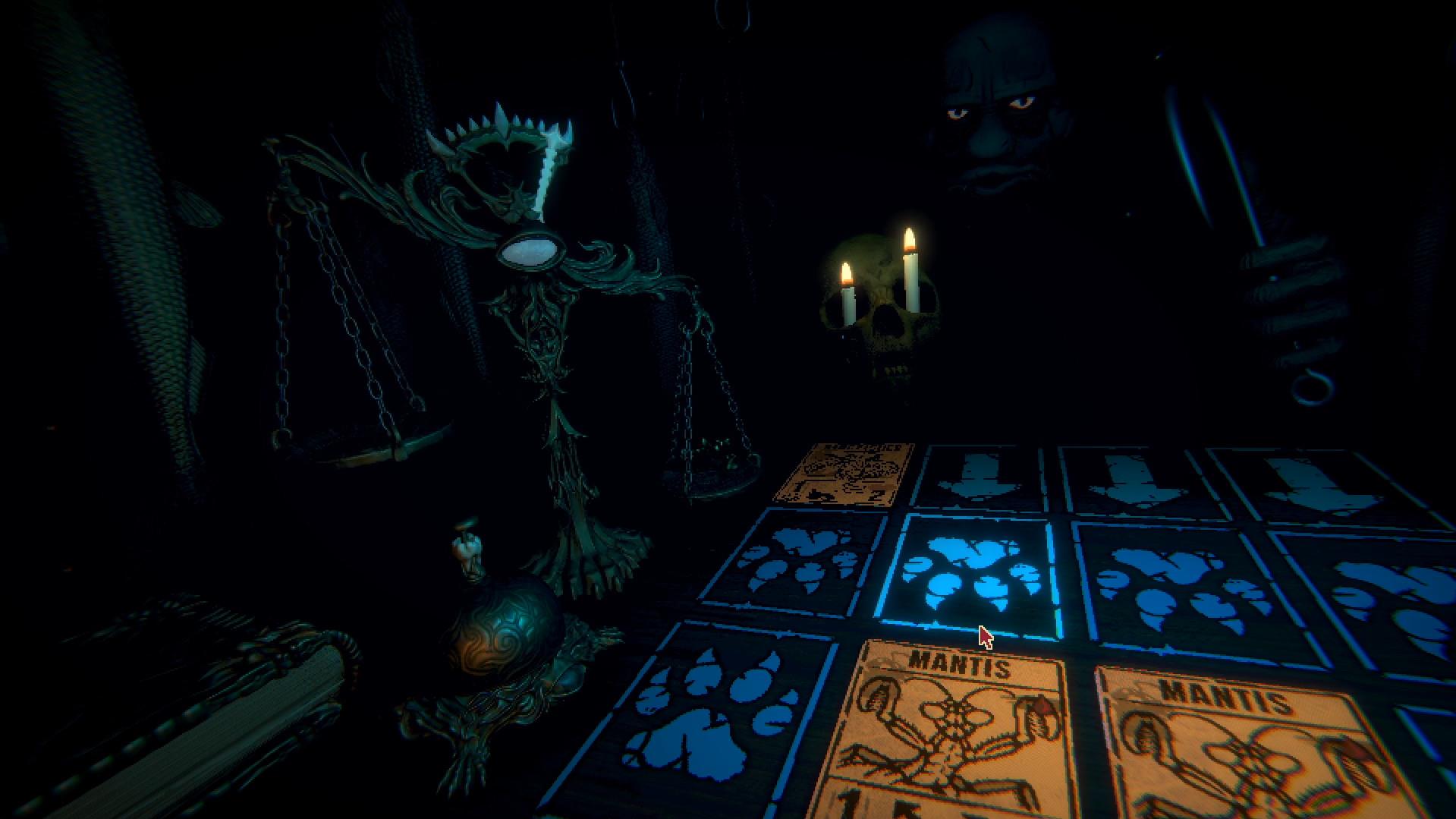 There are many ways that reviewing video games is a wonderful activity, not the least of which is the fact that reviewers often get to play new games before anyone else. And while this “being first” dynamic feels exclusive and cool a lot of the time, there is also a flipside to being first that non-reviewers might not consider.

Playing a game before release, there are two problems that I sometimes run into. The first one is fairly mundane; if you get stuck on a puzzle, there is no way to look up the solution online. You can’t just ask a buddy. Sometimes, if you have a good relationship with the PR company working on the game, you can swallow your pride and ask for a hint, but that is a privilege that you don’t want to abuse terribly often. (I recently got stuck while reviewing Hot Wheels Unleashed, and…you know what? I don’t want to talk about it.) 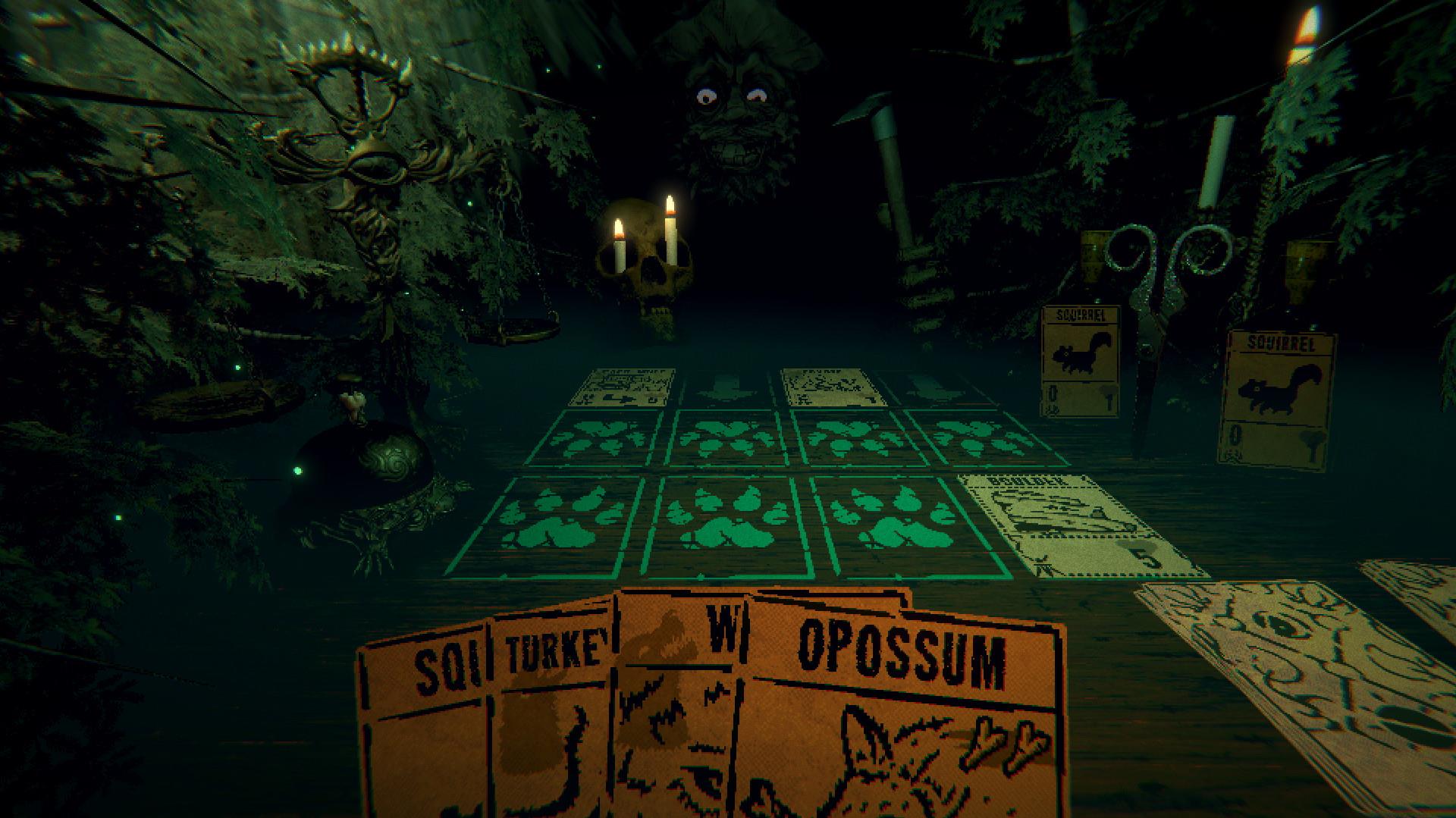 But the second problem that you can run into is far more difficult to manage. That problem arises when you encounter something in a game that is brain-meltingly cool and awesome, and you’re not allowed to talk about it with anybody. Inscryption was one of those games for me. There were points when I was playing Inscryption when all I wanted to do was pull up Twitter and tweet out the word “INSCRYPTION” with fifty or so exclamation points, and I was not able to due to embargo restrictions. My wife doesn’t care, my kids are oblivious, so let’s just say that my cats are getting pretty sick of hearing about how awesome Inscryption is. And yes, I did give in and fire off an email to the PR person that sent me the game, just so I could decree to someone how much I was enjoying my experience. (It’s cool, he already knows how awesome Inscryption is.)

And now, here I am, sitting down to write about Inscryption, finally able to fire off all of my thoughts about this incredible and mind-bending game, and you know what? I don’t want to. I don’t want to give any hints as to what awaits players in this game. I will instead invoke the names of a few other games that came to mind while playing Inscryption. Doki Doki Literature Club. Frog Fractions. Eternal Darkness: Sanity’s Requiem. If you know any of these games, you might be starting to pick up what I’m putting down here. 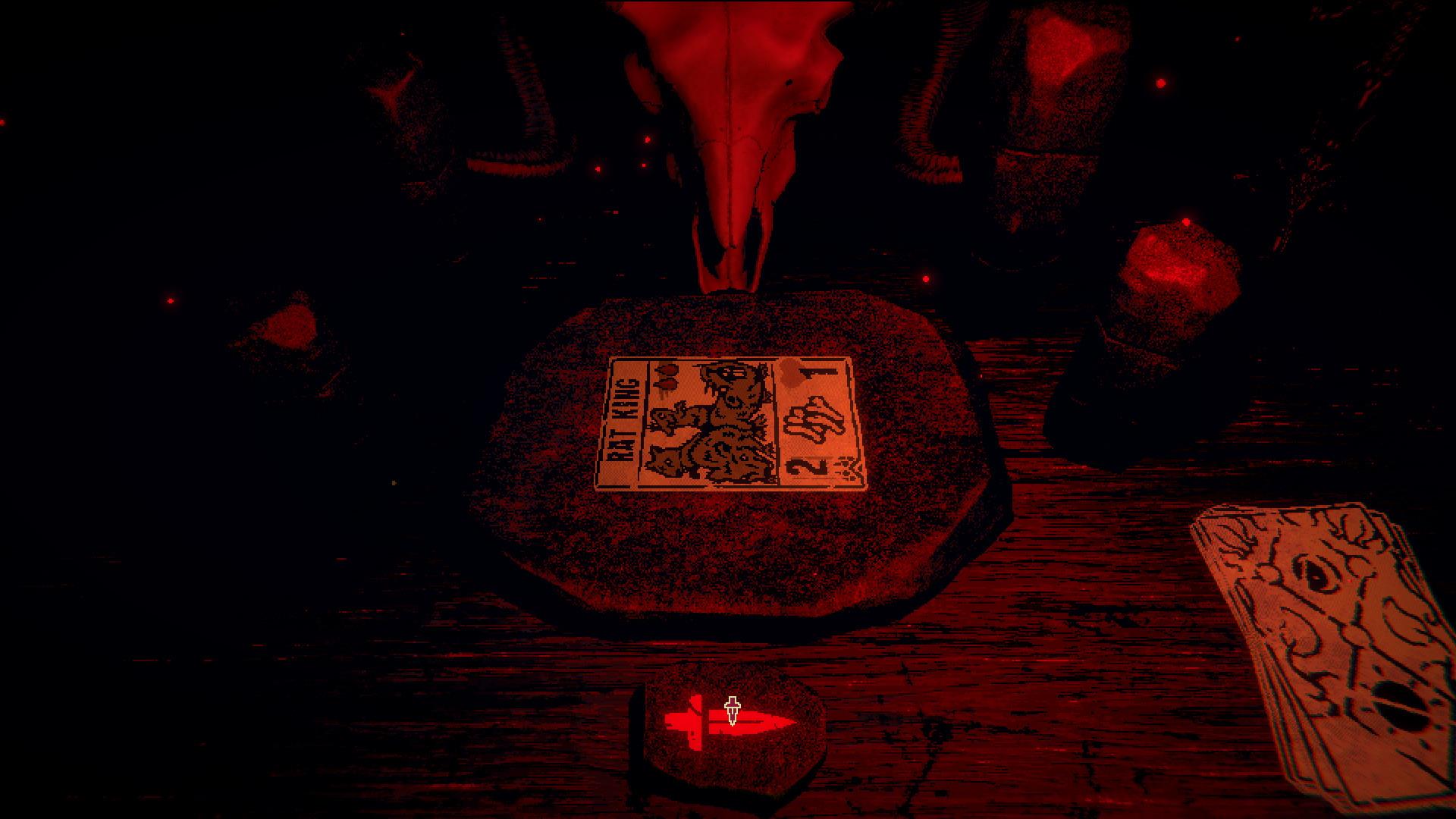 I was unfamiliar with Inscryption’s developer before playing this game, but it seems that Daniel Mullins Games has produced two other titles available on Steam – The Hex and Pony Island. The lucky minority of readers that have played those games might know a bit about what to expect from Inscryption. The even luckier majority that have no idea should probably just stop reading now, go plop down the twenty bucks (which is, in my opinion, way too inexpensive) on Steam and go get started. Stop reading reviews, avoid Steam comments, and stay off of Twitter. And for god’s sake, don’t go looking for the achievement list. Go in blind, buckle up, and trust that this is a ride worth taking. 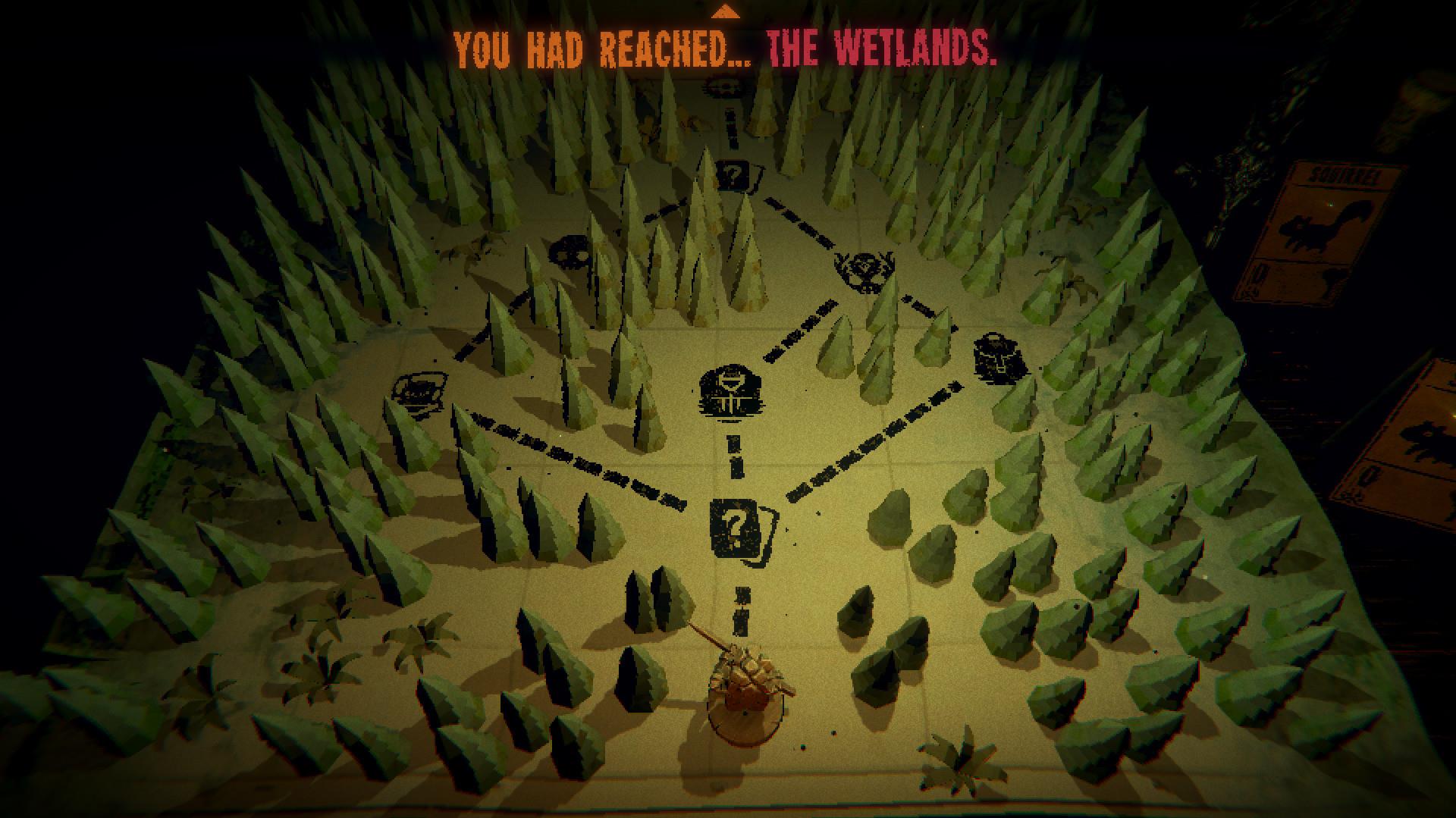 Still here? Okay, I’m going to lay out the basics of the game, but don’t expect too much out of me. I know that some reviewers will spoil some of Inscryption’s surprises, but those people are dicks, and I want no part of that.

In a darkened cabin in the woods, you sit down to face off against a wild-eyed opponent in a deck-building card game entitled “Sacrifices will be Made.” Each initial card has three stats – life, attack, and cost in blood. To play a card, you must first pay its blood cost, meaning you must sacrifice other cards already in play, with each card delivering you one “blood”. Meaning, if you have a card that cost two blood, you must destroy two cards already in play in order to play the new card. 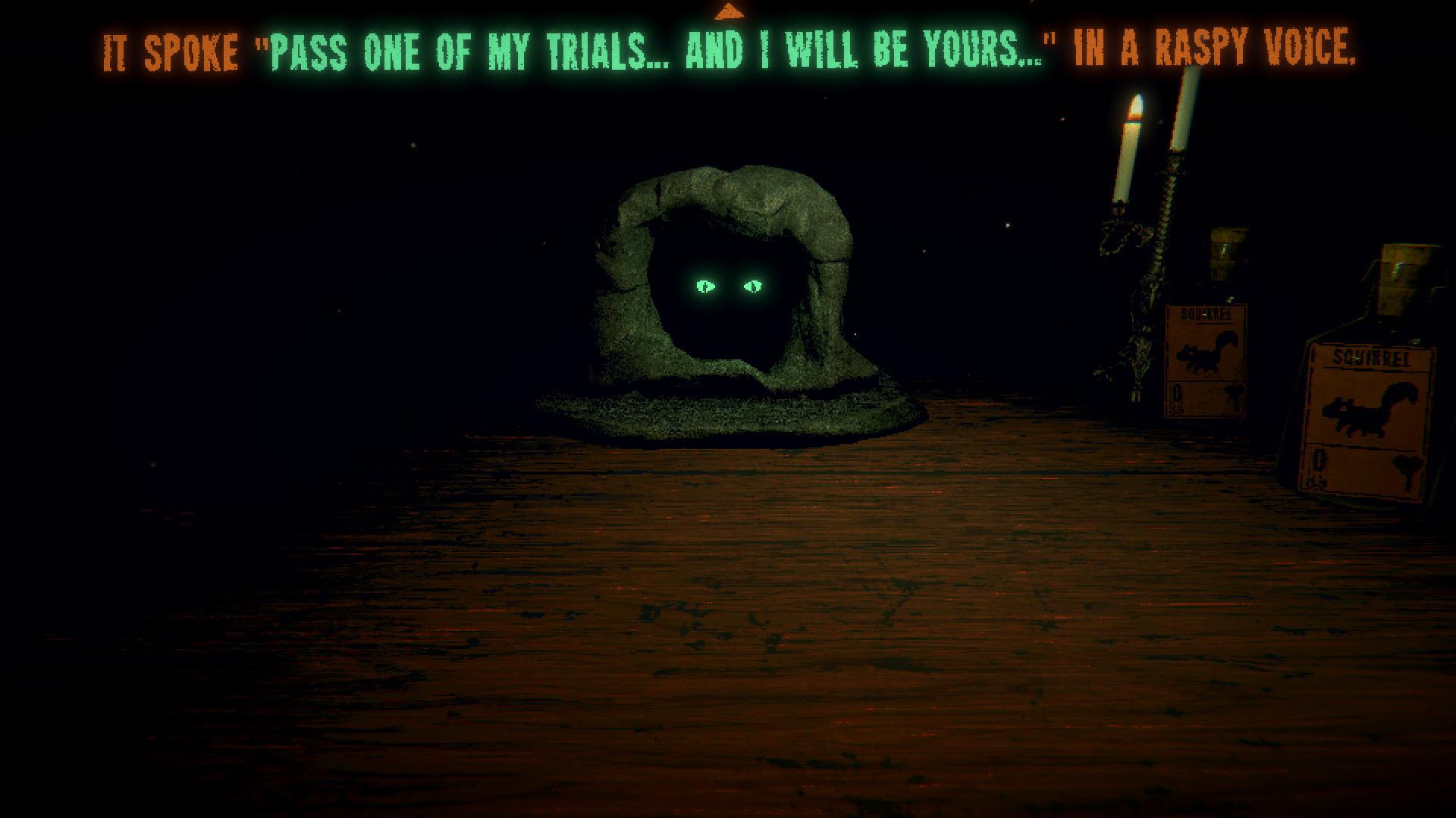 At the start of your turn, you can draw one card – either a face card or a “squirrel”. Squirrels have no attack power, so they are simply there to act as a resource to be sacrificed for other cards. A lot of the strategy in the game involves knowing whether to draw a face card or a squirrel, and when to sacrifice the cards you have in play.

In addition to their blood, attack, and life scores, many of the cards also bear sigils, giving them additional powers and abilities. Some card can kill others with one hit, regardless of their attack score. Others attack and then shift to a different lane. Still others can attack into multiple lanes. Learning all of the sigils and how they interact with each other is intriguing, and the game takes its time slowly introducing them to the player to prevent confusion. 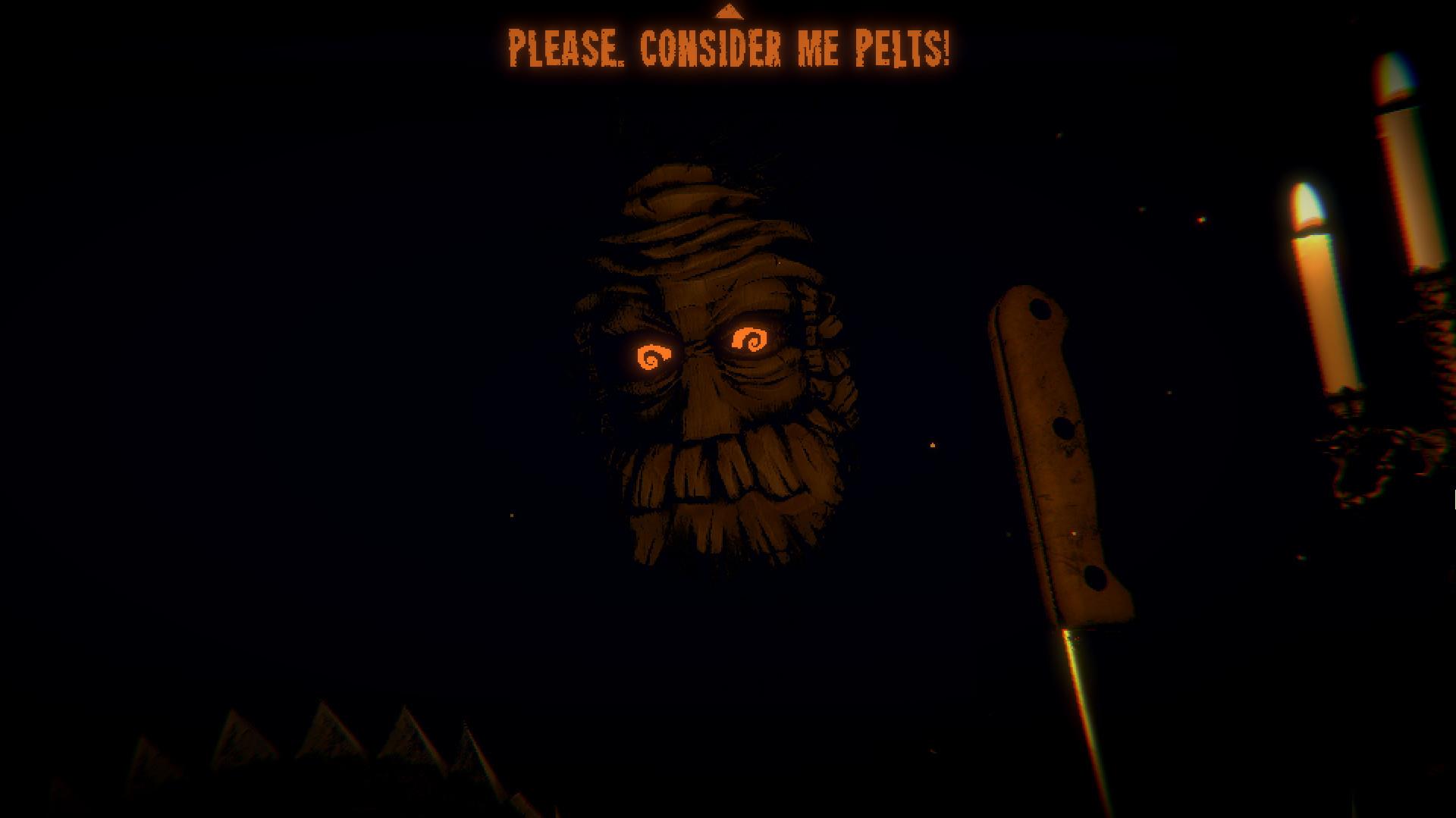 Players move between battles on a simple game board, which will look pretty familiar to players of Spire-like games. Moving through the map towards each level’s boss will take the player through a variety of dark events, mostly aimed towards allowing the player to increase their card count or strengthen their existing cards.

And that’s the core of the game. Move your marker, gather stronger cards, and try to beat your mysterious opponent. But then…other stuff starts happening. Your cards begin talking to you, offering advice and opinions on your playstyle. And then the game reveals that you can stand up from the table and go wandering around the cabin in the middle of the game. And in the cabin, there is stuff that you can fiddle around with, which may or may not give you cool stuff that you can take back and use in the card game. And then…other stuff happens. And then other other stuff. And at some point, you will sit back in your chair and say out loud “What the HELL is this game?”. And - surprise! - you'll just be getting started. 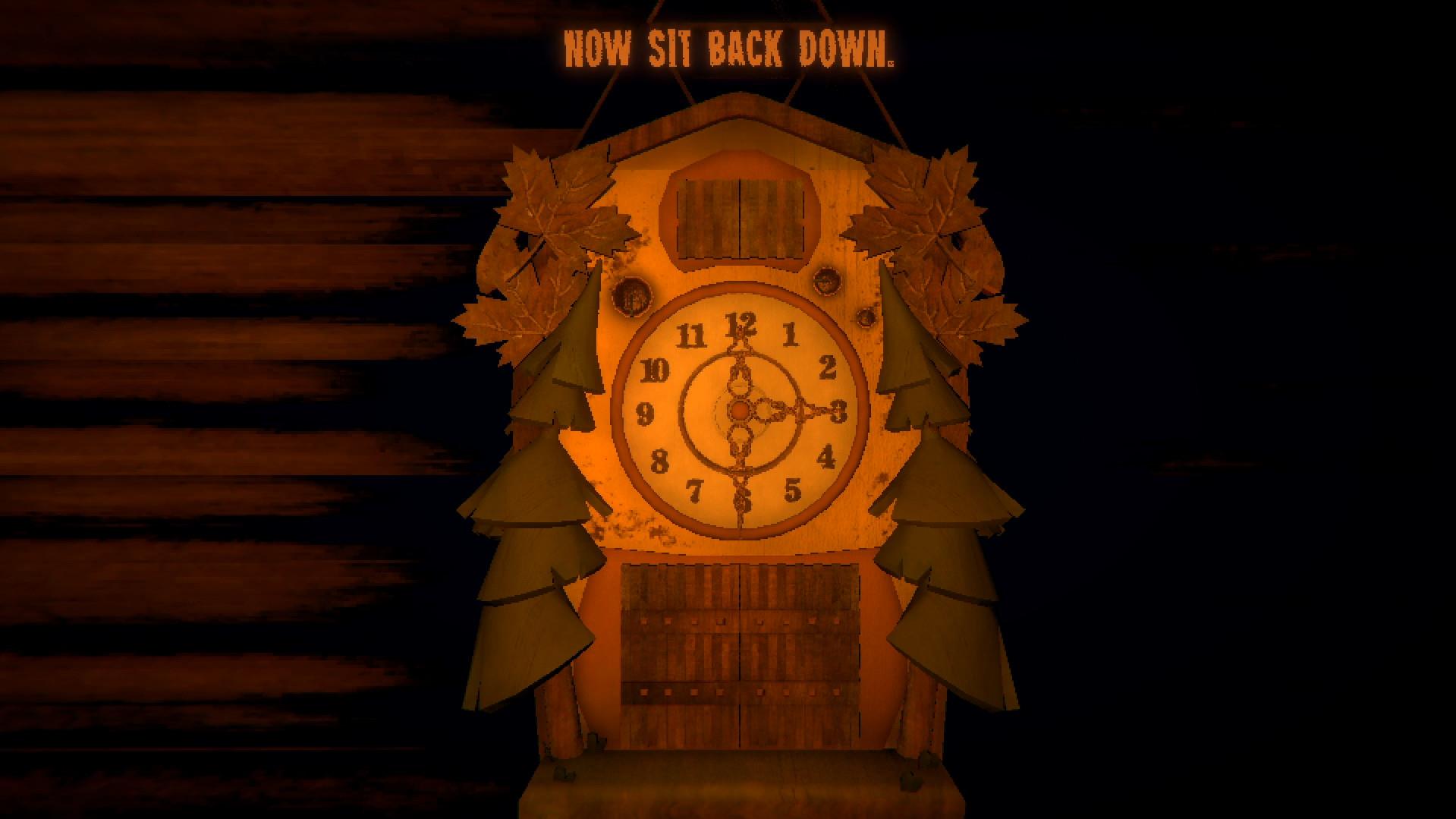 I went to see a concert in a cave once in Tennessee. After walking into what looked like a hole in the ground, I suddenly found myself in a sprawling cavern, big enough for beer stands, restrooms, a stage, and a few thousand people. Playing Inscryption gave me the same feeling of wonder I felt in that concert cave – it was dark and dank, and I was pretty nervous to be there, but I was also having a really, really good time. You just never know what is waiting under the surface until you go digging.

I don’t know if Inscryption will be the crossover hit that Daniel Mullins Games needs to take it’s spot among the most mischievous game developers of all time. Will Inscryption gain a Doki Doki-like following? Only time will tell. I do know that patient players that stick with the game and take the time to puzzle through its many spooky mysteries are in for one hell of a ride. I also know that Inscryption is one of the most intriguing games I’ve played this year, and it instantly leaps into the running for my game of the year. There is no doubt in my mind that this game is destined to be one of the most discussed experiences of 2021. It’s that good.

Go into Inscryption as unspoiled as possible, and trust in the game. You will find a deeply enjoyable card game, wrapped in a series of dark mysteries, wrapped in…well…other stuff. Part CCG game, part escape room puzzle game, and part bonkers gonzo whirlybird lunacy, Inscryption is one of the best games of the year. They should charge more for a game this good.