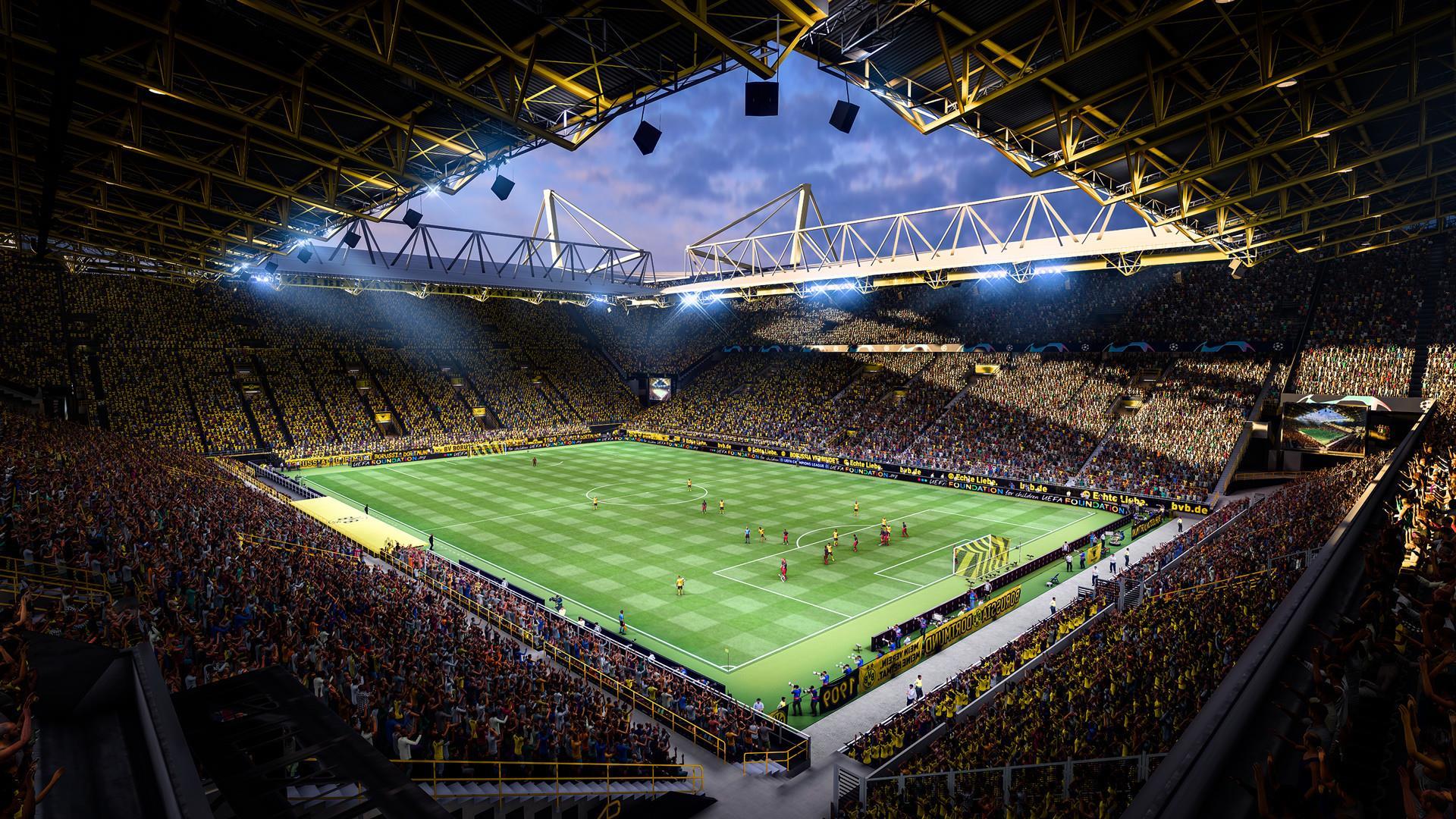 With the downfall of Pro Evolution Soccer, there’s no longer a major competitor to FIFA’s domination of simulation football. FIFA has long been dominating this space, but recently it’s taken a vice-like grip on the genre. The latest yearly release, FIFA 22, is the first major foray into the new-gen and it’s this version of the game that really subverts the whole “it’s the same game every year” argument.

Sport video games and their yearly release model often find themselves under scrutiny, but this is the first new FIFA in years that really does feel new. On the PS5, in particular, fans of the series get a game-changing experience compared to FIFA 22’s old-gen counterpart. Underneath the gameplay changes, it’s still very much the same game as last year content-wise. But the changes made are substantial enough to warrant ditching last year’s FIFA 21.

Foremost, the brand new Hypermotion technology makes FIFA 22 on the new-gen consoles feel more organic, slick, and truly next-gen. Granted it sounds like a gimmick, but the sheer amount of new animations, previously not possible on the older hardware, makes for a noticeable improvement. 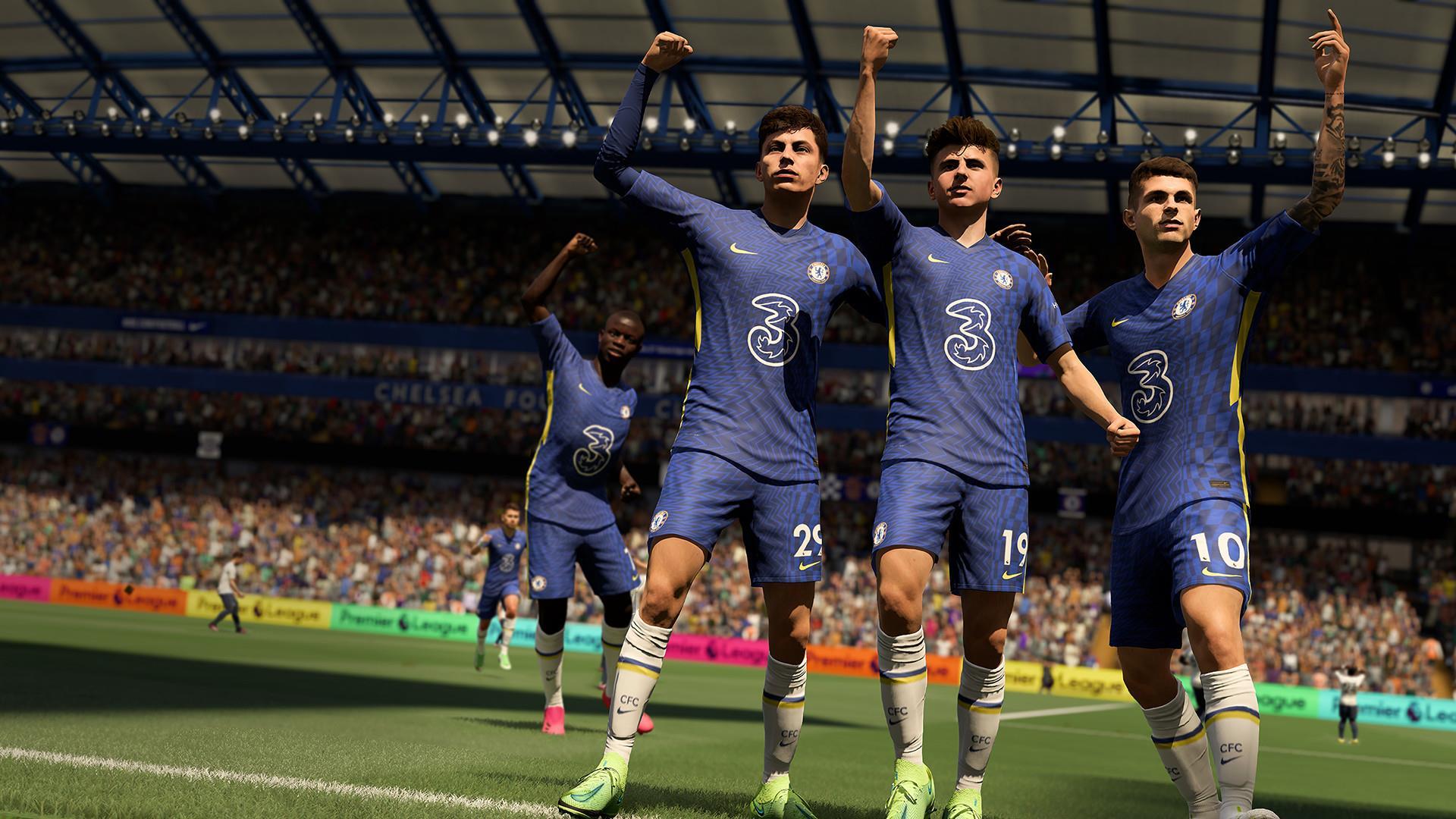 For the first time in the series, this year 22 professional players recorded all the new movements for FIFA 22. Two sides, each in donning "Xsens" suits, played several games at a competitive level in order to capture all their movements. I could blurt out all the marketing hyperbole but instead it can be summarized as follows: they captured real players’ animations, over 4,000, and this replicates more realistic animations in-game. It’s the addition of Hypermotion technology that makes FIFA 22 feel less like a minor iteration of previous entries and more like a giant leap.

FIFA 21’s use of the DualSense Controller continues in the new edition, giving players quite a lot of feedback via haptic feedback. PlayStation’s controller is put to great use here, with players being able to feel the “ping” of the ball as it bounces off a player’s foot, or the swish of the net as a ball is sent home.

Graphically, the new-gen versions represent a significant upgrade over FIFA 22’s old-gen versions. The PlayStation 5 version runs at 4K resolution and 60 FPS. The graphical improvements go beyond resolution, however, as next-gen owners will also enjoy improved textures, lighting, more realistic player models, and more. The old-gen versions hold up well, and it’s good to see these versions running in a respectable state as there’s still plenty of my friends on the older systems. Though you’ll have to download the PS4 version of FIFA 22 on your PS5 if you wish to play with friends on the older system, due to there being no cross-gen compatibility in FIFA 22. Though, due to the vast differences, such as the new-gen exclusive Hypermotion technology, this is understandable. Make no mistake, the old-gen version is noticeably inferior but familiar. 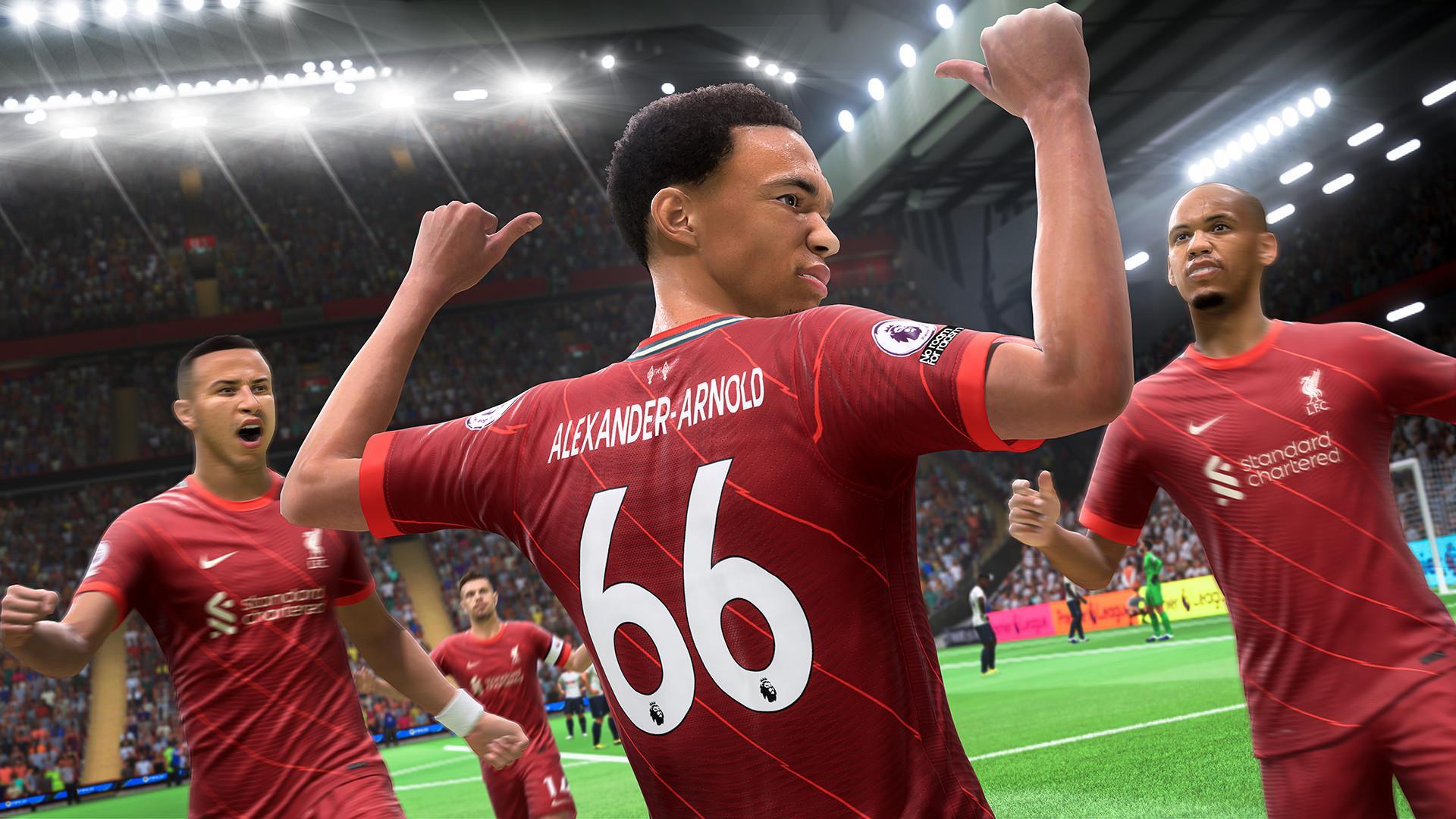 As far as actual content goes, FIFA 22 is largely the same as its predecessor. Of course, FIFA staple Career Mode makes a return. In Career Mode, anyone can pursue the dream of journeying to become a professional football player or coach. No matter if you take over the reins at a modest club and work your way up the divisions, or if you play for one of the big boys and push for European domination, FIFA 22’s Career Mode facilitates whatever Career you dream to pursue. While the mode is nearly identical to last year, there’s now the ability to add a custom club for your Manager Career, assigning them to a league of your choice and even giving them a rival club. There are dozens of options for kits, crests, nicknames, stadiums, etc., allowing you to make your new club unique. In addition, new cinematics and milestones expand Career Mode but there’s no major difference compared to FIFA 21’s Career Mode.

FIFA 22 brings back the VOLTA football mode that debuted two years ago in FIFA 20. VOLTA Squads allows you to play with up to three friends online. Modes range from 3v3 up to 5v5. VOLTA enjoys some fairly significant changes from last year by introducing new skills and an all new Skill Meter system, Signature Abilities, Party Game Tournaments with VOLTA Arcade and the promise of new content throughout the year with VOLTA Seasons. VOLTA’s new Arcade mode is perhaps the best of all the changes; the new mode allows for players to play a series of party games with friends. While VOLTA has felt tacked on previously, it really feels more fleshed out and developed in FIFA 22. Fans of the mode will be more than pleased with all the improvements and new content. 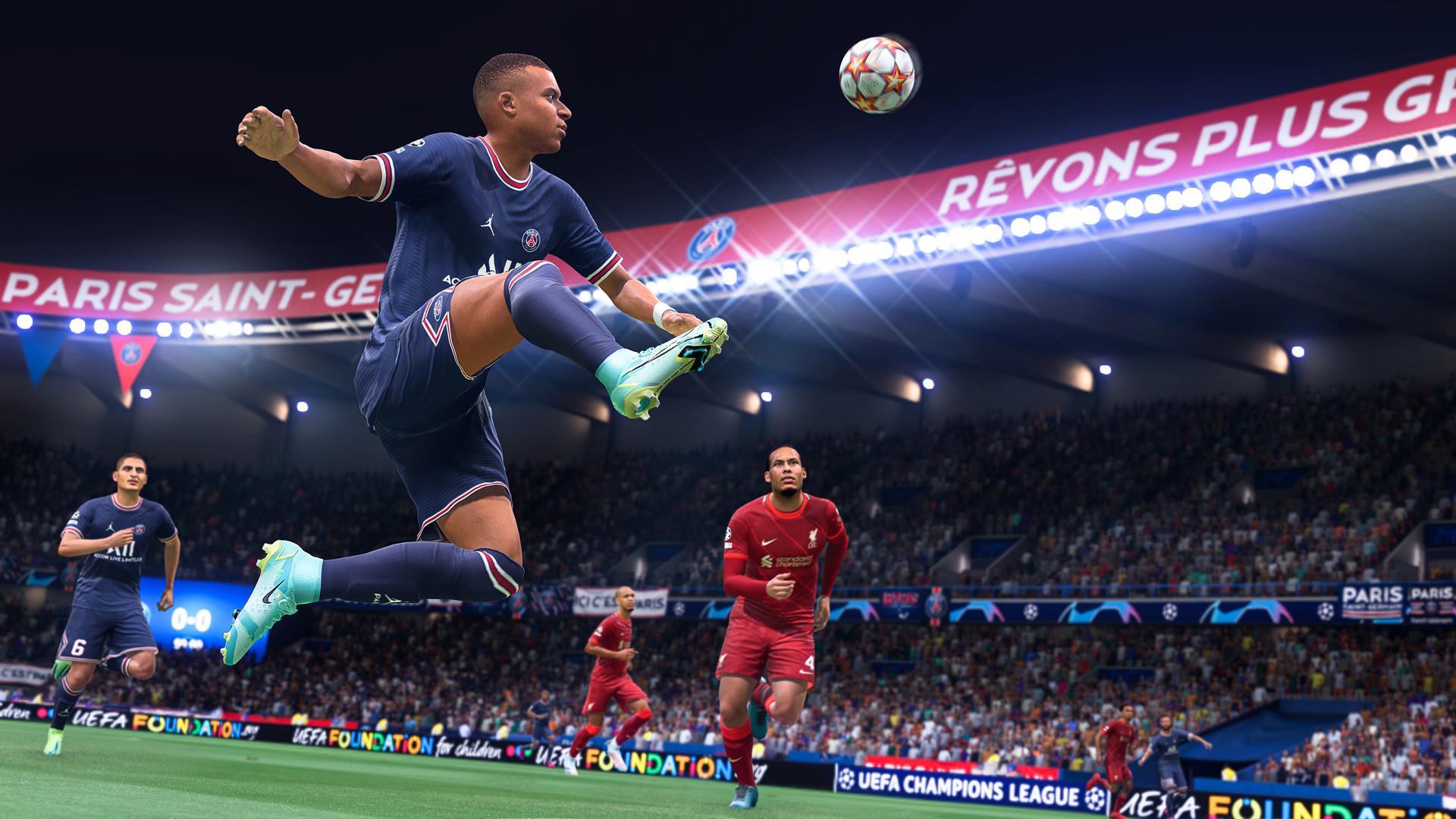 Pro Clubs Mode also makes a return from last year, allowing the player to create their own custom footballer and run them through their paces in matches, playing their assigned position. A new Perks system allows players to customize their character further than in ‘21, delivering one Perk per level for all 26 levels until the customization options become a bit overwhelming, considering you only have three perk slots to fill. A new skill tree allows for even further customization, ensuring that your custom player is truly unique and personal to you.

Last, but certainly not least, is FIFA’s infamous Ultimate Team mode. Easily the mode that comes under the most scrutiny, Ultimate Team is the most popular and most played mode in FIFA. To start off positively, the gameplay experience is the most competitive FIFA has been in years. Last year’s toxic focus on pace at all costs, making a vast majority of players unusable, is gone. The game is slower, sure, but more realistic and makes the vast majority of players viable, instead of just players with 90+ pace. It’s balanced, fair, and makes you really think about passes instead of spamming throughballs. Player prices aren’t astronomical and the new balancing means there’s plenty of variety in teams. As far as gameplay is concerned, it really is the best it’s been in recent years. 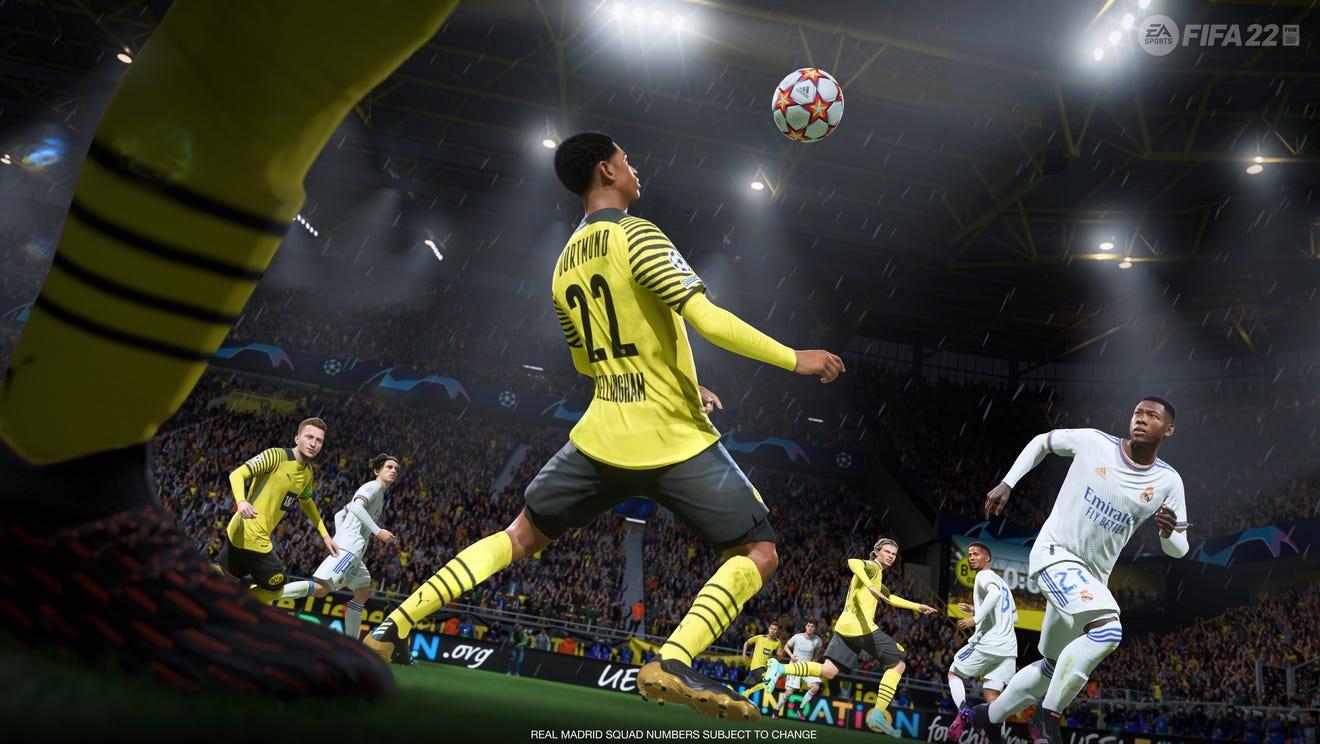 Notwithstanding, a major concern presents itself when you consider the revamped rewards system: EA has absolutely gutted the rewards system which used to adequately reward players for investing their time into Ultimate Team. Now, the rewards are even more time consuming, yet only a fraction of what they used to be. Given the big driver behind Ultimate Team is the money EA makes on microtransactions, one cannot help but suspect nefarious intentions behind this change—almost trying to push players into buying FIFA points instead of grinding for lackluster rewards.

As aforementioned, the gameplay itself is the best it has been in years. But I do worry about the longevity of playing online on Ultimate Team due to how punished I, as someone who vows not to buy FIFA points, will be for that conviction. It’s a ton of fun right now, but I do fear that, after a few months in—as more and more players build out their teams with purchased players—that will all change.

In the meantime, FIFA 22 represents a fine improvement over the recent past. It is great fun for the casual player for the time being, with enough new systems to keep long-time fans interested for a while. Only time will tell how the experience will transform over the coming months due to the prevalence of microtransactions.

Overall, FIFA 22 is the best new entry in recent years. But the nefarious gutting of play-to-win rewards in its most popular mode means that the shadow of pay-to-win microtransactions looms ever more over FIFA's latest entry.