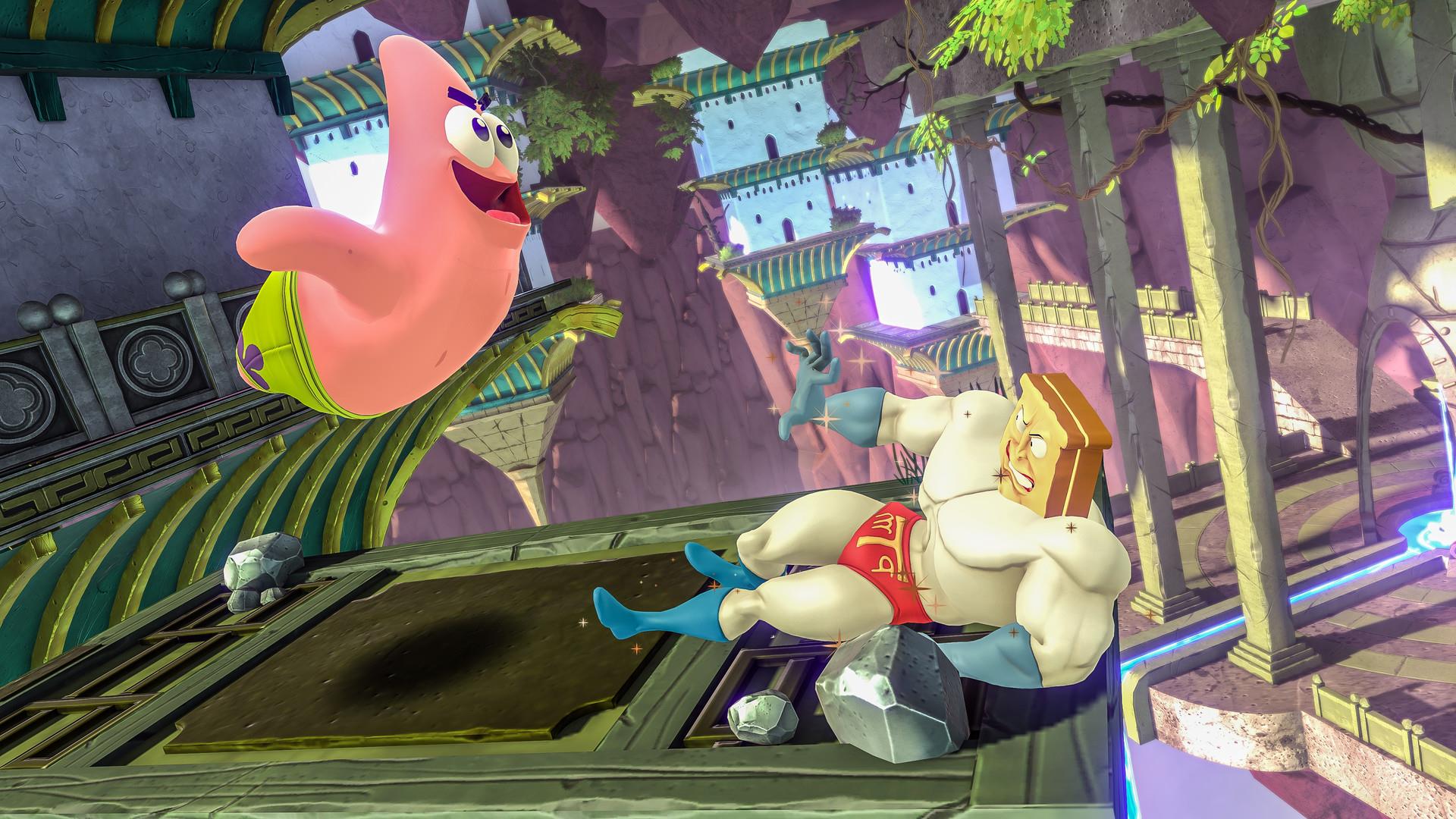 I am not a Smash Bros. player. Heresy, I know, for a video game writer (and fan) not to engage with one of the most popular and enduring franchises around. But since I’m making confessions, I might as well take it a step further and admit that I’m not really a fan of first-party Nintendo titles across the board (with the exception of Zelda). I’m not against them, I just never seem to get around to playing games featuring Mario and the gang.

As a non-Nintendo-phile, I don’t know who a lot of the characters in Smash are, and I’m not overly concerned with learning how to play all 90-or-whatever of them. I’ve watched my kids play Smash for hours on end, and the whole thing looks chaotic and kind of exhausting. On the rare occasions I’ve been convinced to pick up a controller, I’ve come away from the few matches I’ve played with a shrug. Just not my thing, I guess. 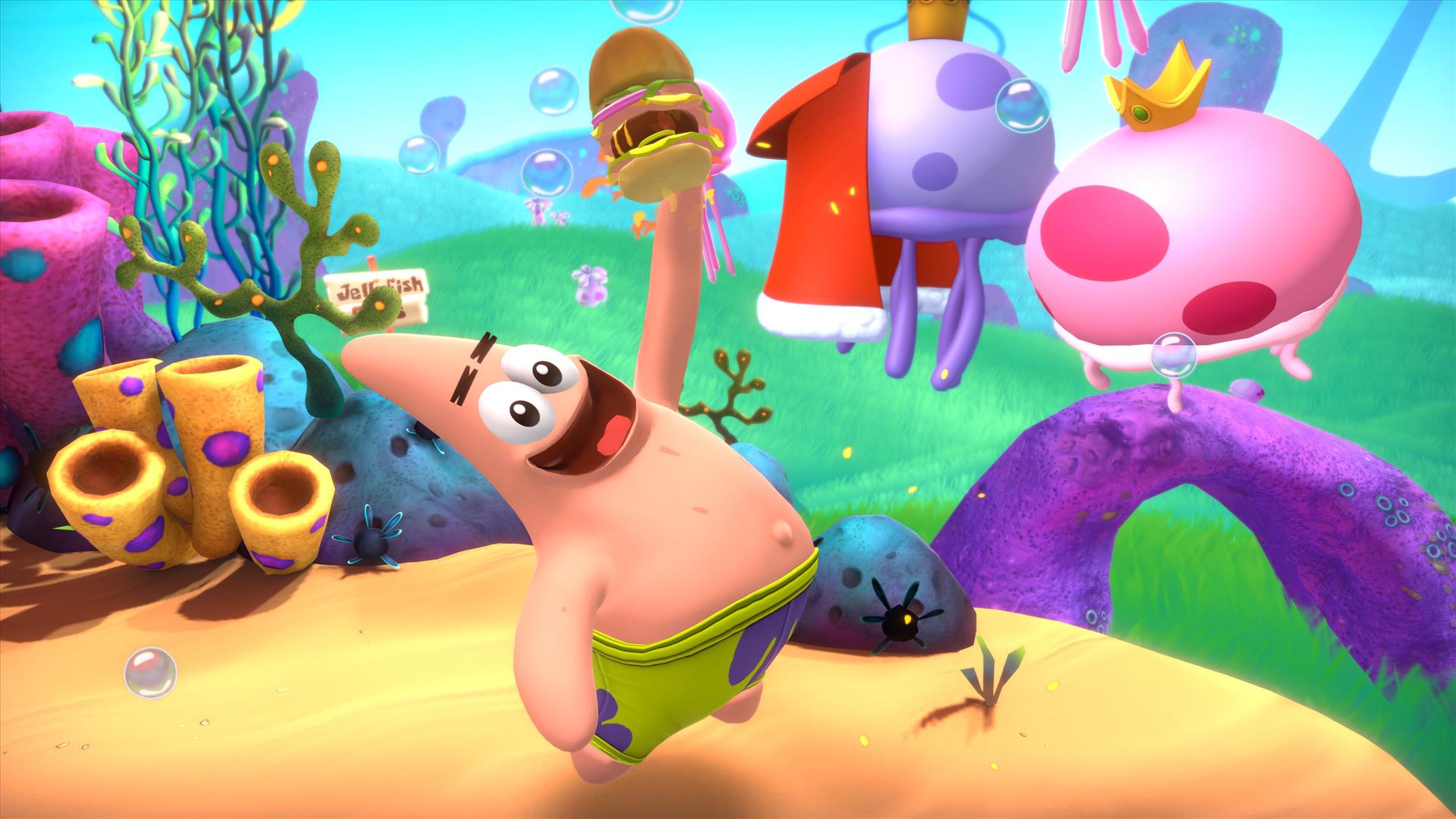 Why, then, did I decide that I wanted to review Nickelodeon All-Star Brawl? Mostly because Smash – with its long history, multiple iterations, and deep roster, feels a little too intimidating to jump into. But Nickelodeon All-Star Brawl is a new franchise, with a reasonable number of characters. I figured that everyone would be starting on even ground, and I might have a few days to learn the game before the competition grew too intense. This, it turns out, was a horribly false assumption.

The first day I was playing, just fiddling around and trying out different characters, my eight-year-old wandered into the room. I was working my way through the arcade mode repeatedly, with one character after another, trying to get a feel for how they all handled. 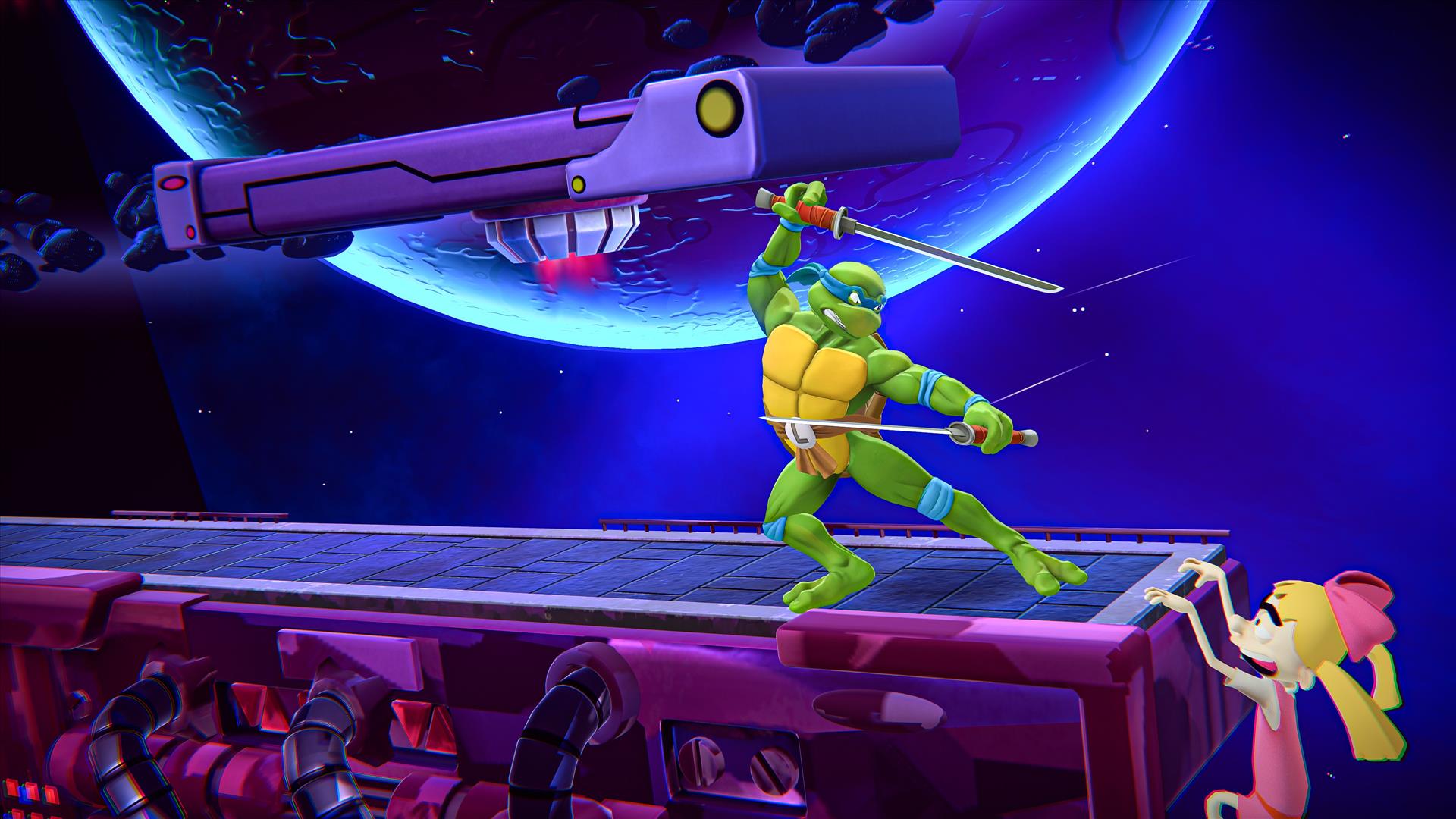 “What’s this?” she asked, suddenly all suspicious. “You don’t play Smash.”

“It’s a new game. Kinda like Smash but with Nickelodeon dudes.” (Dudes is a non-gender specific term in our house, as is “man”. It is perfectly acceptable to approach a grandma with the greeting “What’s up, man?”)

“What’s Nickelodeon?” she asked. She has never known a world with cable.

“You know, like Spongebob and all those guys.” (“Guys” includes Sandy).

She stared at the game for another 30 seconds or so. “It’s Smash,” she said flatly. “Can I play?” I shrugged and tossed her a controller.

For our first match, my daughter settled on Patrick Star as her character. I went with the random character selector, and was assigned CatDog.

“Okay,” she said. “let’s not hit each other for a minute, so we can feel around and learn how they control.”

“Sure,” I said. I immediately launched myself across the screen at her, using CatDog’s super-cool “big muscle guy” attack, which basically smacked Patrick across the level.

“Stop, DAD!” she hollered. “I said let’s feel around for the controls!”

I cackled merrily to myself and began a relentless attack, beating Patrick Star without mercy, ruthlessly sending him soaring from the stage over and over again. Before long, the announcer was declaring that the match was over, and CatDog was victorious. I looked over, and my daughter was red-faced and crying a little bit.

“You didn’t even give me a chance! I don’t know how to play! It wasn’t fair!” 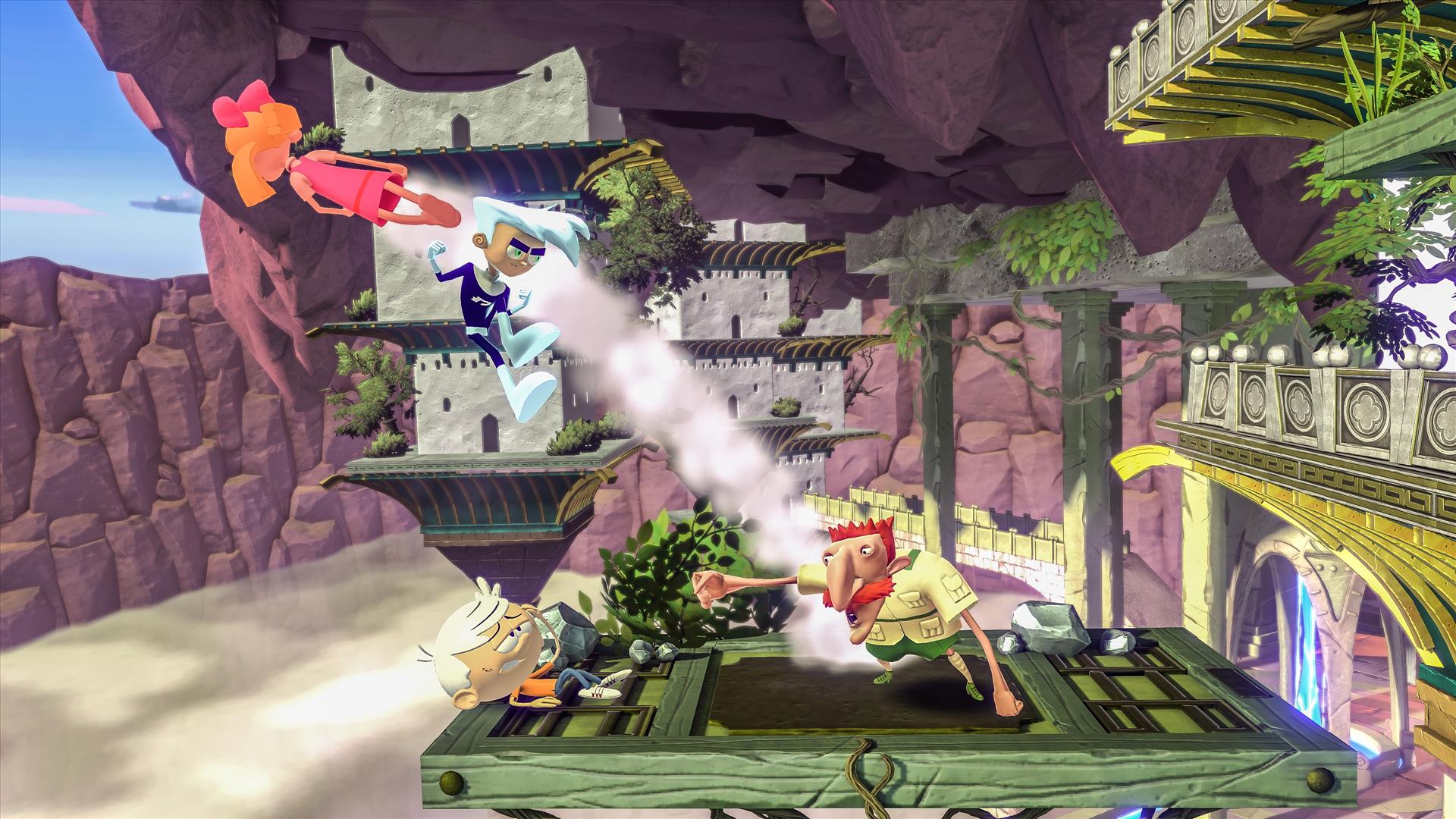 With Dad-guilt welling up in me, I apologized, promising to give her a chance to play with the controls in the next round before commencing with a fresh beating. This, my friends, was a terrible mistake. I was being played.

In retrospect, I should have continued pressing my advantage for as long as I could, regardless of her crocodile tears. Because in reality, my daughter is a Nickelodeon All-Stars shark. She is a ruthless aggressor, a nightmarish strategist, a heartless domineering force of nature. Trained by endless hours of Smash Bros. played with her adult brothers and with terrifying reserves of finely-tuned eight-year-old muscle memory at her disposal, she has metaphorically stomped on the back of my neck more times than I care to admit since that first fateful match. I cannot hope to compete.

Settling on Toph Beifong as her character of choice (though she refused to watch Avatar: The Last Airbender with me, even though we both love The Dragon Prince), my daughter has mastered several of Toph’s Earthbending moves, which she unleashes upon me in an endless barrage of pain. Sometimes, I barely get in a hit in. Sometimes, I kind of hold my own for a few minutes before she ends me. And every now and then, I win a fight, but those times are dishearteningly rare.

“Come on,” I whine. “Choose someone else. You don’t have to be Toph every time!” My daughter glares over at me, and I know she will never relent. 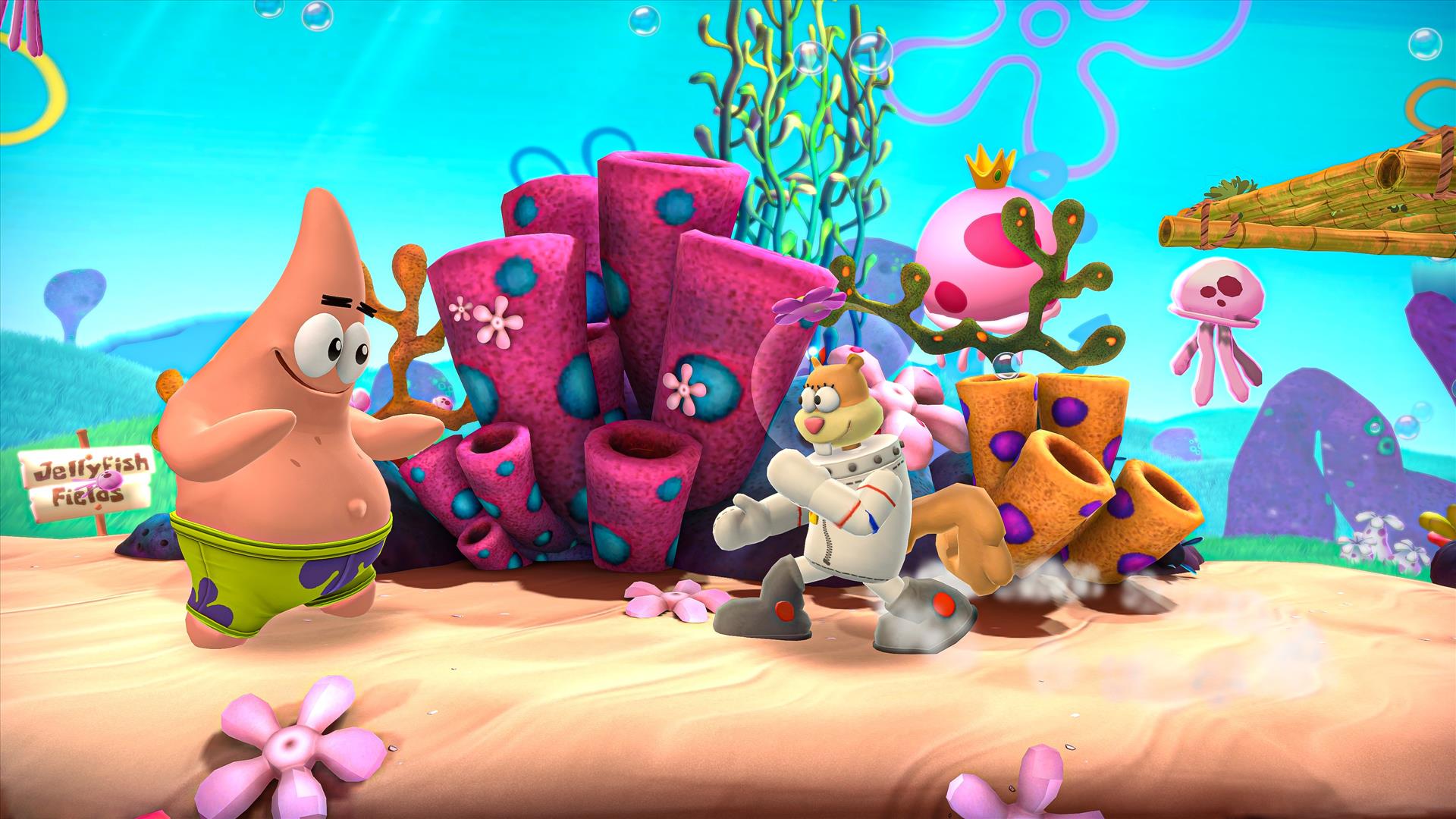 So, it was time for me to dig into the game to try to get better.

And that’s when I learned that Nickelodeon All-Star Brawl, for all of its Smash-like gameplay, has a framework of straw holding it together. It’s not that the interface and features are bad, per se, it’s just that once you are outside of the actual (rather impressive) brawling gameplay, there isn’t much there. Menus feel very barebones. Sound effects and music are basic to the point where they feel like placeholders. And while the Arcade mode is serviceable, the AI is so easy that it doesn’t really challenge you to learn how to play the game.

Even so, it isn’t a complete wash. Each character’s move set is unique, so a lot of fun can be had by just running the gamut with each of them. In general, everybody has a normal and a heavy attack, which manifest in wildly different ways depending on which character you are using. Each of these can be altered by pressing up, mid, and down, which trump each other in a Rock, Paper, Scissors sort of way. You can also fire off any of these attacks while jumping, and a grab move rounds out the standard move set. Everybody has their own special attack, as well, many of which are semi-ranged (good for dads that can’t get near their hyper-competent kids). I’m quite certain that there are more advanced mechanics at play here, but as I expressed above, I ain’t the one to go into detail on those. 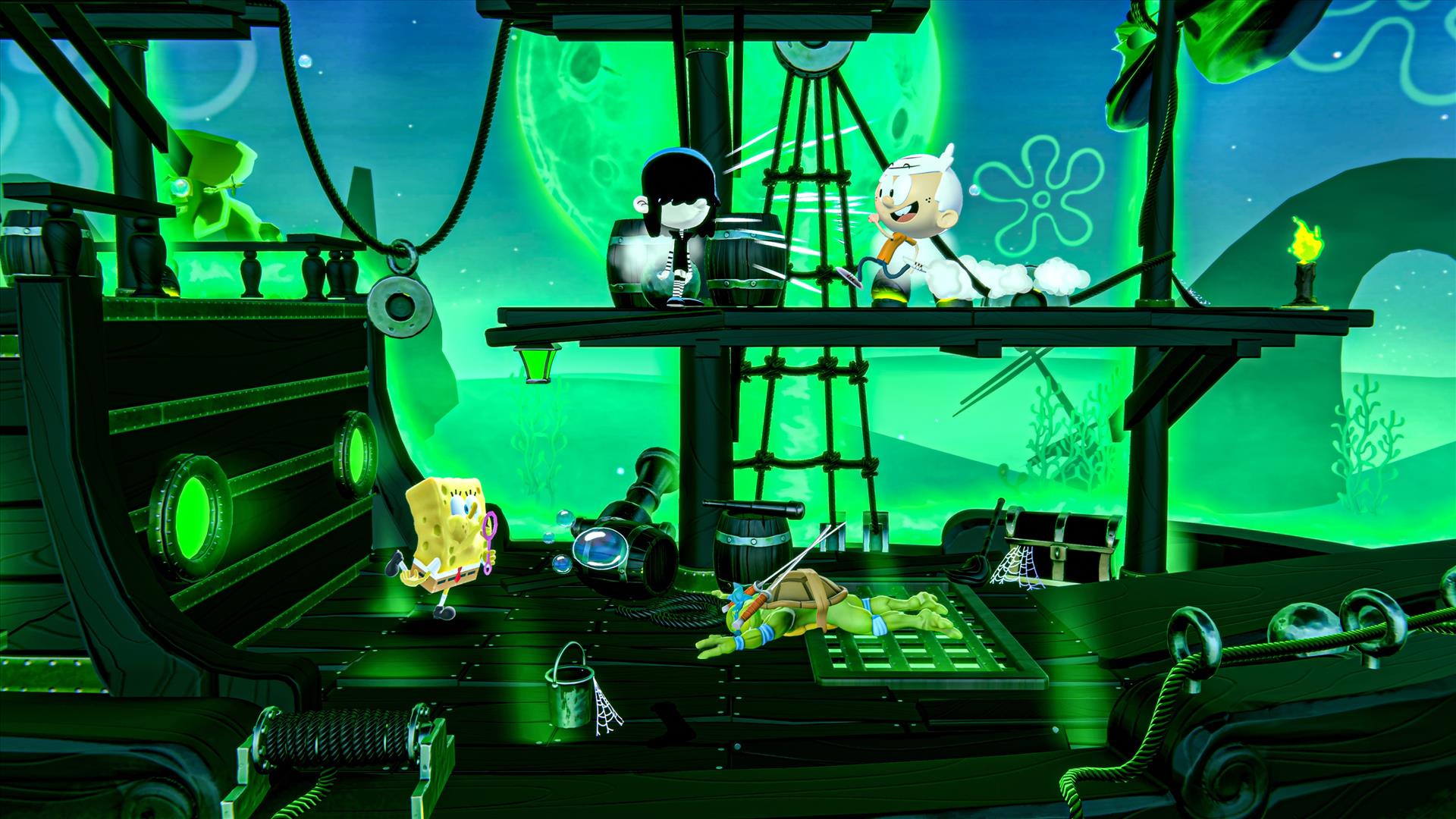 I learned a lot of these combat details watching “How to Play All-Star Brawl” videos online, because the game isn’t terribly keen to explain any of it to me. Each character has their own “Moves” section, which is just a series of still slides that shows how to execute each move. There isn’t much in place to allow the player to practice, or to explain how all of these moving parts fit together. The best the game offers is in the way of practice is the afore mentioned Arcade mode.

Arcade mode simply consists of a string of battles. Pick a character, and run through maybe eight battles with other randomly chosen opponents. I generally found that I could defeat arcade mode from beginning to end with a character in about nine minutes. Getting through it all unlocks a bit of artwork for your gallery. There are no extra characters, no alternate skins, no rewards beyond a few still images and the occasional jukebox song – none of which include any licensed music from the television shows these characters are drawn from. The real reward of Arcade mode is the ability to practice moves against the game’s AI, which is decidedly less aggressive than my daughter.

I’ve already gone on record griping about All-Star Brawl’s sound design, and how distracted I was when first starting the game by the lack of character voices. I can say that over time I grew accustomed to the silence of this cast, though it is still somewhat striking that some of these chatterbox characters are so quiet while delivering and receiving violent smacks to the face. Something about it just feels off, like watching a color movie on a black & white TV (you see kids, when I was young…). 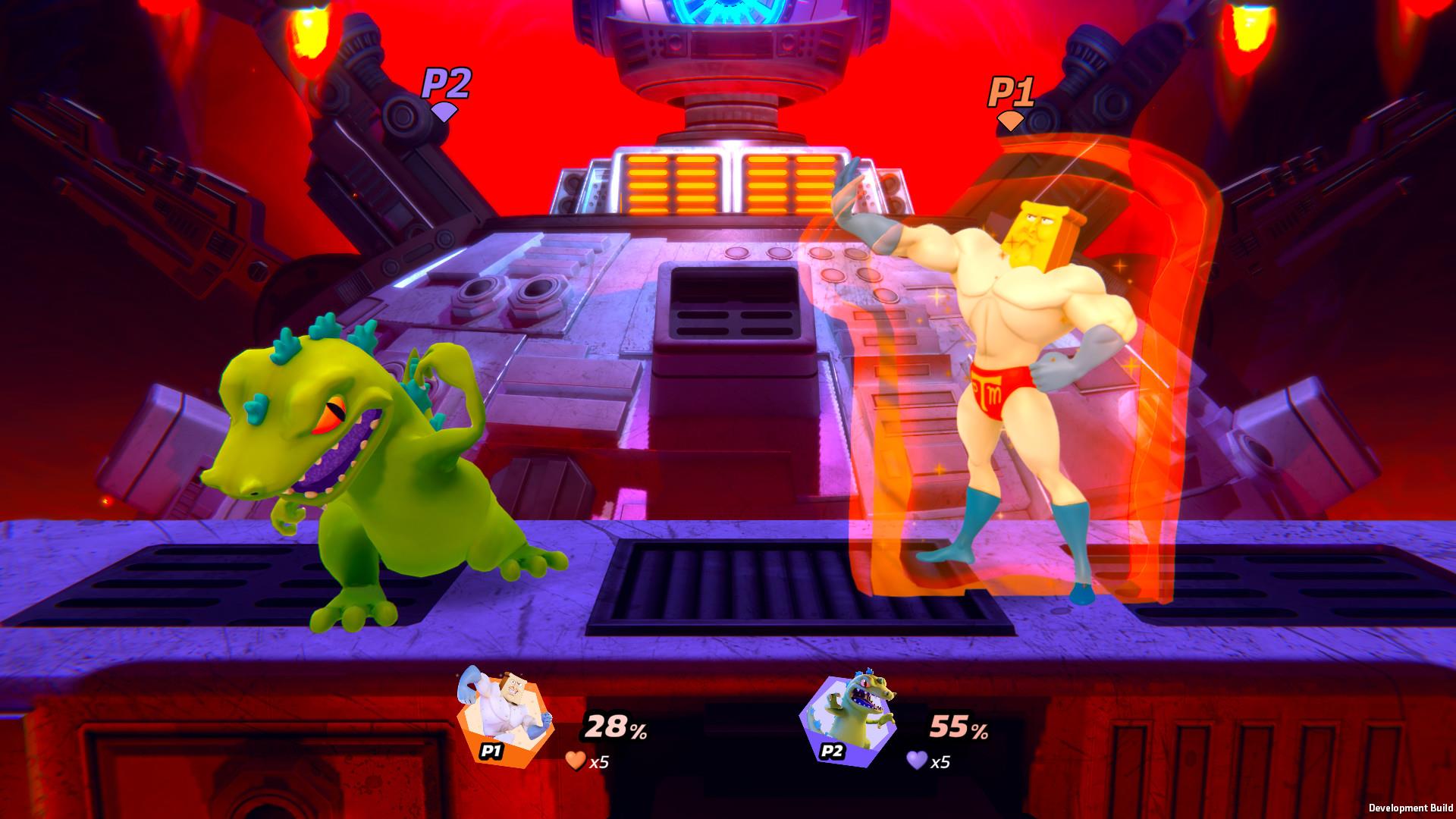 What happened when I jumped online for some matches is better left unmentioned, other than to note that All-Star Brawl’s online features work very well. I had no problem at all hopping into matches with strangers, so I could serve as chum for their voracious appetites. It turns out that people are already quite good at this game, and they all seem to be having a grand time playing it.

As a casual fan that was interested in trying to hop into the genre, Nickelodeon All-Star Brawl didn’t seem to have much interest in onboarding me. In the end, my impression was that if you aren’t in the game to compete on a serious level, you don’t really have any business picking up the controller. If you know a kid that has never played Smash Bros, you might have a bit of fun playing with them. But if you are looking for a single player experience, or you want to learn the ins and outs of brawler games, you might want to keep right on looking.

All that said, if you have a kid that enjoys Smash Bros, and has any interest in the characters in Nickelodeon All-Star Brawl, you could certainly do worse than picking up this game for them. While I have all but abandoned my aspirations to become competitive, my daughter has been merrily wiping the floor with randos online. But then again, she’s a pro, and I’m just a rank amateur.

Nickelodeon All-Star Brawl offers surprisingly competent Smash-like brawler gameplay, but is severely lacking in the bells-and-whistles department. Brawling fans will likely have a great time with this one, but those looking to ease into the genre should look elsewhere.