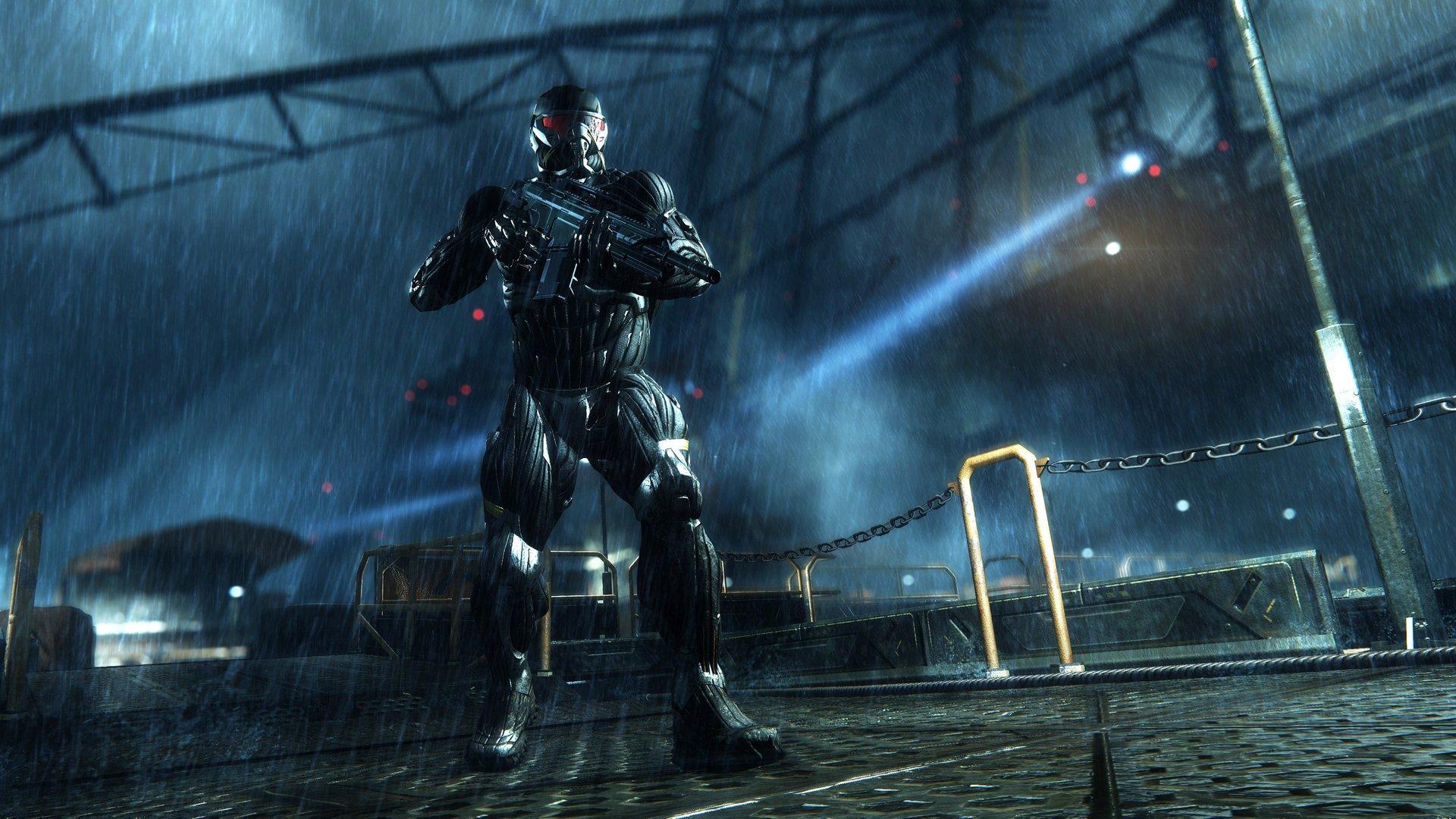 The 1972 Miami Dolphins, plucked out of time and placed from their prime in today's NFL, wouldn't win a single game. Every week would be an embarrassing blowout loss. They probably couldn't even win a single game in a major college conference. The game has moved on. "Can it run Crysis?" is a meme practically as old as memes itself (OK, not really but it feels that way). Can it run Crysis? was the rallying cry for mid-naughties PCs. Is your machine cutting edge? Does it have the power to run a beautiful but resource-intensive game that is breaking new ground in graphics and visuals? Can it run Crysis? That was the Crysis released to critical acclaim in 2007.

So where does that Crysis stand today? Is it a relic like the '72 Dolphins, unable to compete with a game, or in this case gaming industry, that has moved on? About a year ago, we got the first glimpse of the result, and it wasn't pretty. Crysis Remastered represented only the first game in the trilogy, and the reviews were a bit of a bloodbath, even worse on consoles. It was not a good first foot forward, but here we have the trilogy, the work complete. Crysis Remastered Trilogy is a second attempt to bring a classic back from stasis, or so the plot of the third game begins. 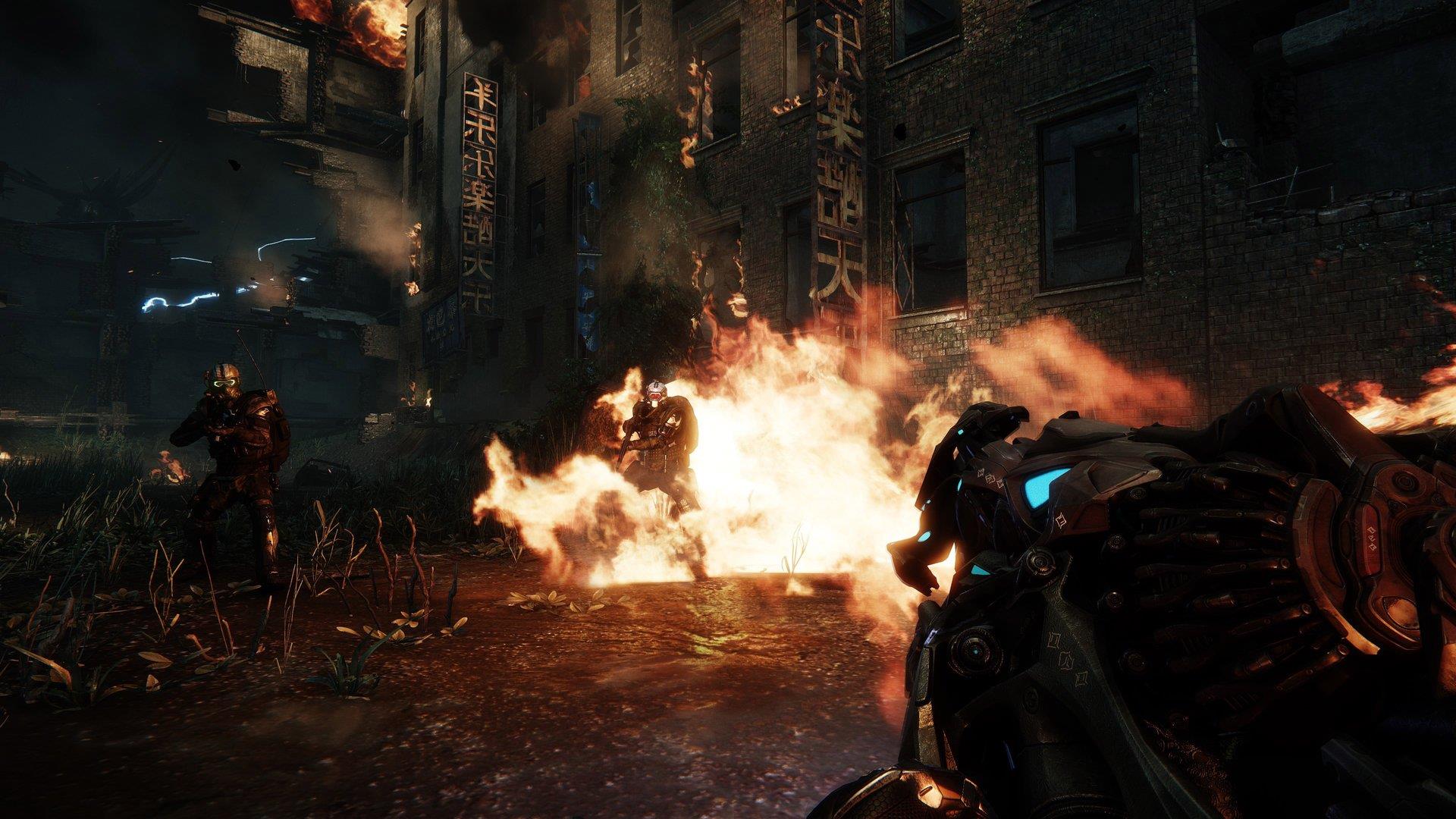 To put into context how hardware has evolved in the 14 years since the original release, Crysis Remastered—the first game—runs on the Nintendo Switch. The benchmark for PC power from yesteryear is humming along comfortably on the most underpowered console of the last generation. For all of the marketing boasts and bravado about 60FPS and 4K support for the next-gen of PS5 and Xbox One, the Switch can still handle the first of the trilogy.

Even in the beefier systems, it shows. The three games of the Crysis Remastered Trilogy all exist as standalone titles, bundled under the umbrella of a single purchase. Each downloads independently as a separate install onto the hard drive. I played through them chronologically, at first to keep in step with the plot developments across the saga, but ended up yielding the benefits of watching the tech improve before my eyes. 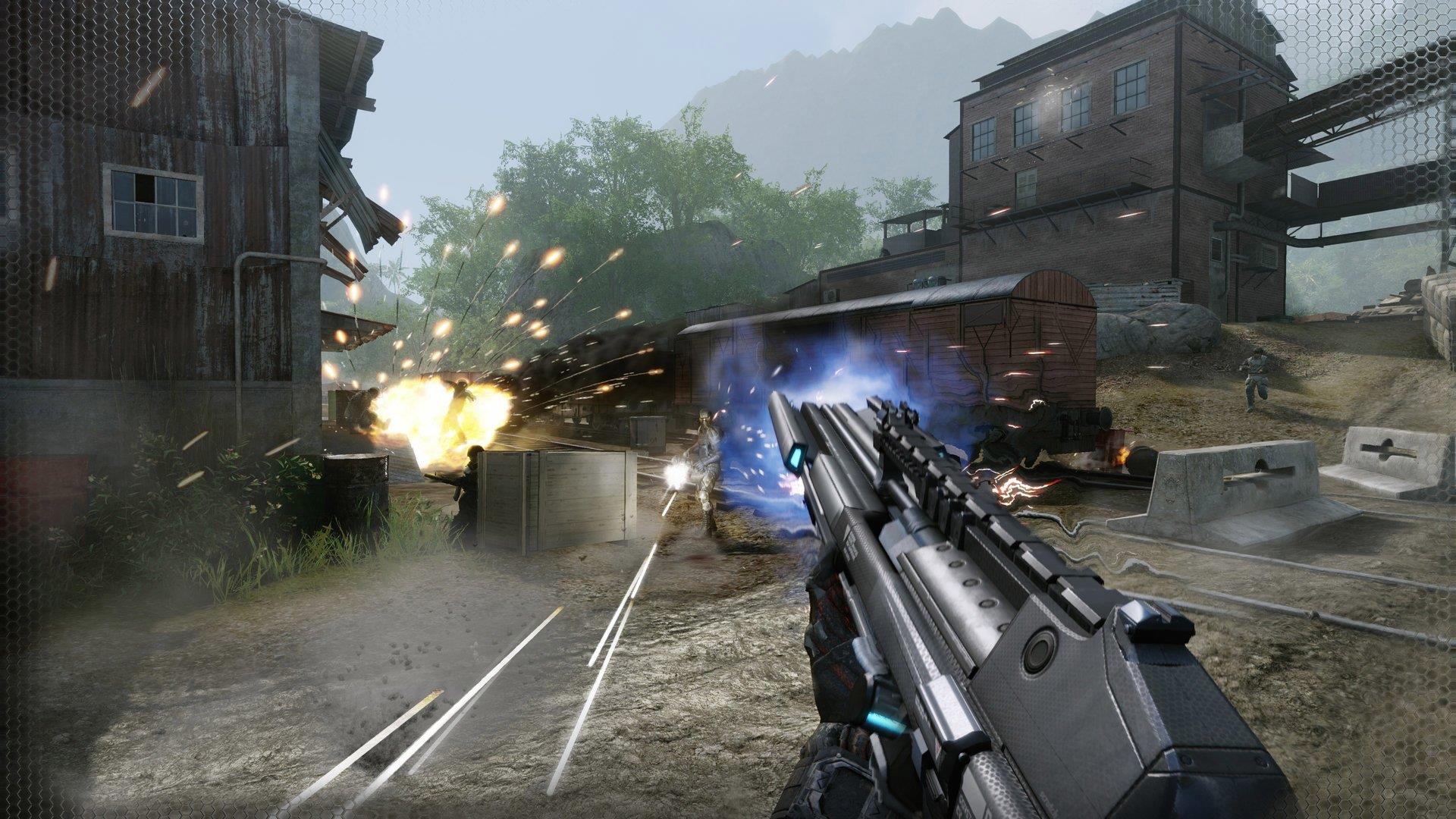 Crysis Remastered is a rough go. It was such upon release, and even if certain bugs and glitches have been improved, even if the graphical fidelity has been ratcheted up another notch, the game feels dated. It feels like those '72 Dolphins would look today, no matter how you try and dress up their uniforms and slap a modern concussion-resistant helmet on them.

My introduction to Crysis Remastered was to suffer an opening cinematic highlighted by overly stiff character models and over-the-top voice acting. And then transition from there directly into a skydive into the drop zone as I stood agape at the island paradise that would be the play space of the game zoomed into view, my character descending onto the field. I wasn't in awe of some gorgeous landscape stretching before me or amazed at the fine details of the reflection on the water, no. I was instead aghast at the wave upon wave of object pop-in awkwardly snapping the features into view from the ether. 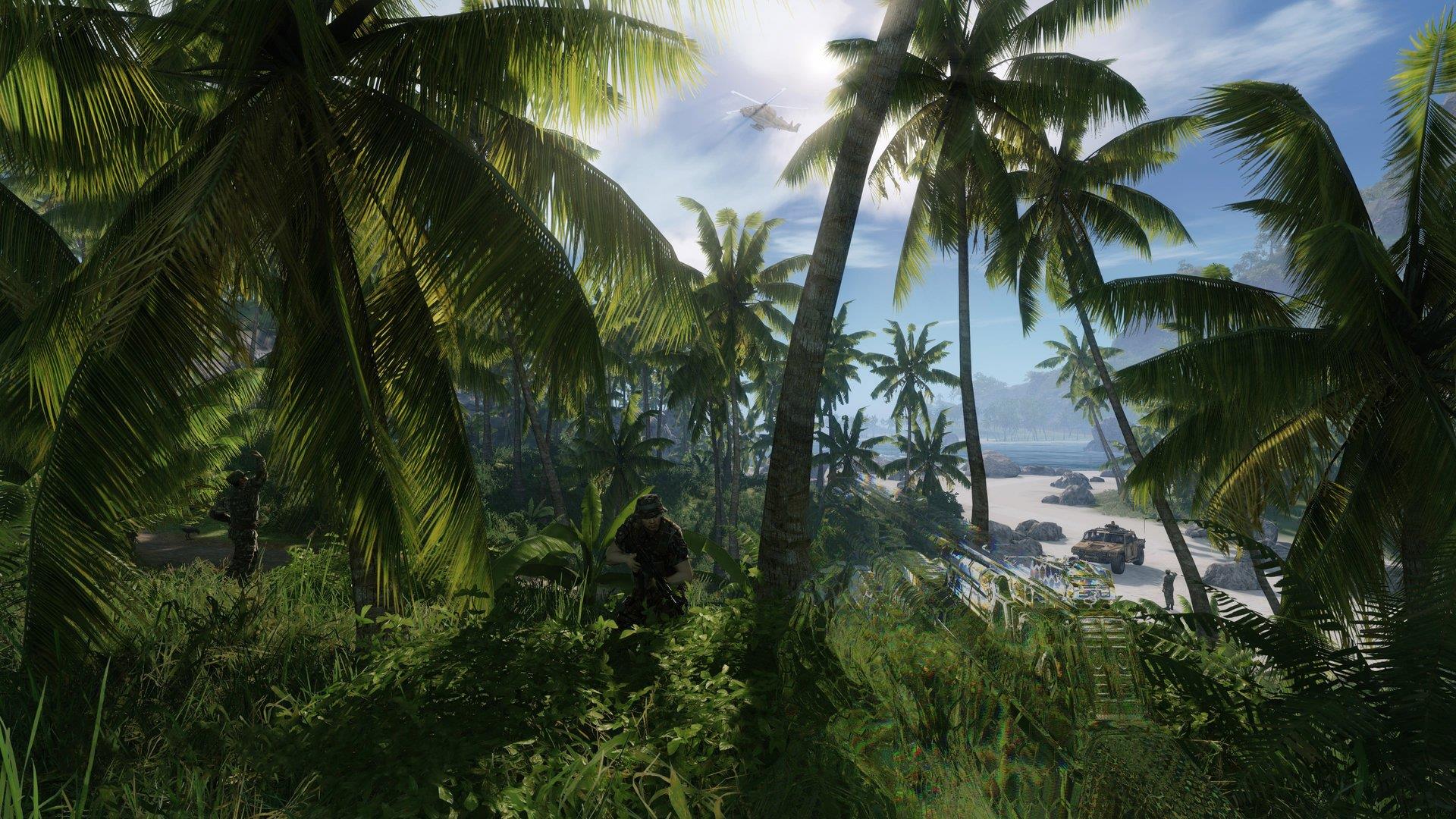 The visual issues of today deal with ray tracing and lightning effects, but screen pop-in? Really? The problem with Crysis Remastered isn't that the game got a new coat of paint, it's that too much of the paint is just trying to hide problems like draw distance, and the uncanny valley in character models that the industry solved, or at least obscured out of consciousness, long ago. The first game just doesn't stand the test of time because it harkens from an era where cutting edge graphics still didn't have to contend with the expectations of environments meant to suspend disbelief.

Crysis was lauded for looking gorgeous, not moving beautifully. Trees and foliage are entirely static. There are no subtle movements of the breeze on the environment or changes in state with weather effects. NPC models are awkward and robotic. Things we take entirely for granted in 2021 stick out like a sore thumb when 2007 is ported onto screen. No matter how much lipstick you put on Crysis, it will never feel right in this day and age without rewriting the entire game from the ground up. 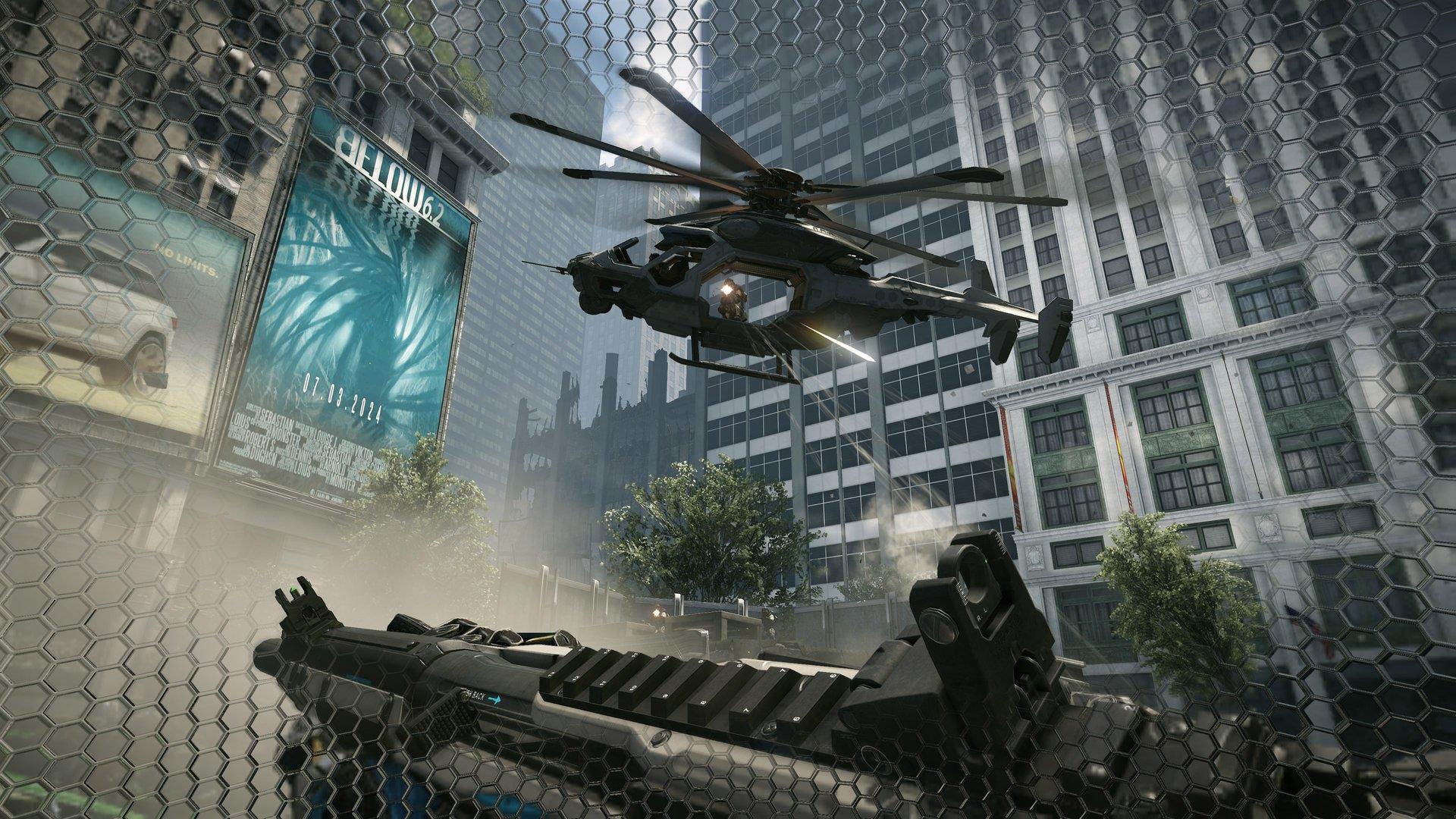 Things do get better with Crysis 2 Remastered, and better still with 3. Quite the opposite of the initial release trajectory, as the review scores slightly declined iteration after iteration, I feel like each one in this trilogy stands as an improvement on the last. A big reason for this is because, as we move from 2007's Crysis to 2011's Crysis 2 and 2013's Crysis 3, we inch closer and closer to that standard we expect today. A standard that rests on the shoulders of that first game, no doubt. We would not be enjoying shooters in quite the same vein, we would not be able to sit here and slate Crysis Remastered and the way it fails to live up to expectations, if those expectations and those boundaries weren't first pushed that next step further by the original release.

Perhaps, for that reason, its inclusion takes on an important weight in the context of the trilogy. As a standalone title, Crysis Remastered earned its criticism. But as a piece of gaming history, updated only so far as to boast a better frame rate and some finer textures on outdated models, it deserves its place. Play Crysis Remastered not because it's a technical marvel—that crown was lost long ago—but because it is a piece of gaming history. Then complete the trilogy and watch evolution unfold before you into the "good" gameplay experiences. 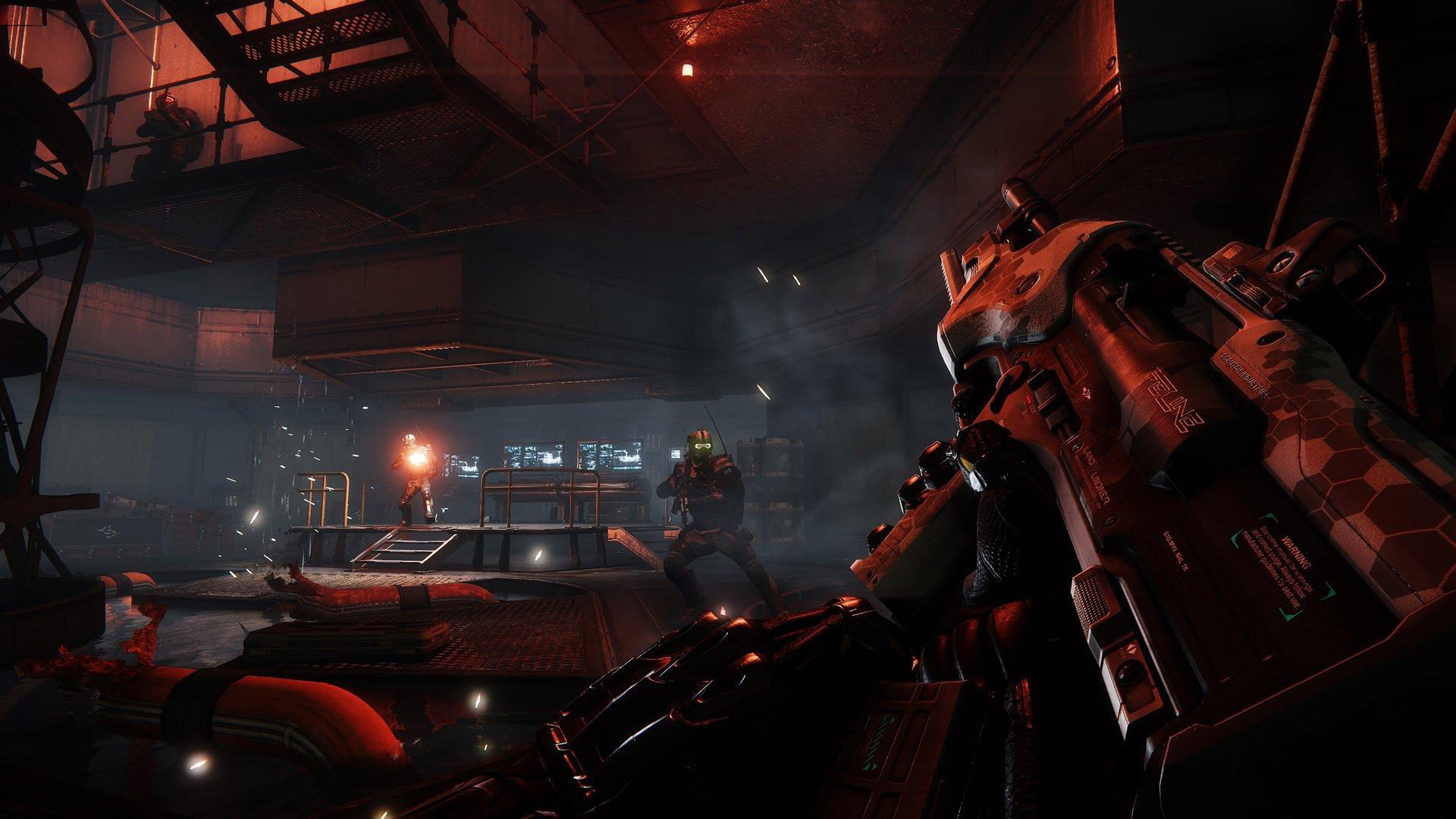 I think both Crysis 2 and 3 Remastered can stand on their own feet. I definitely experienced more glitches in 2 than 3, but to be fair I also played 2 before the day-one patch was installed. Conversely, to be fair to the day-one patch or at least the expectations surrounding it, 3 also had minor glitches even after the patch was installed, so don't expect a panacea. But the glitches I did run into frequently centered around missing audio or sound effects and some clipping into the great nothing beyond the game space. Issues that were infrequent enough and mostly unrepeatable after a checkpoint reload. My biggest annoyance was really how the entire game world blips and freezes on every autosave at a checkpoint. Or how, after loading into a new area, I had to mash square to re-enter the game from a silent, black loading screen. I wasted more than a few minutes waiting for a game to finish loading that actually already had, but was instead patiently waiting on my unnecessary button push to proceed. Just overall a bad User Experience design there.

But the gameplay, the feel, the weapons arsenal, everything improves with each act in the trilogy. Crysis 2 suffers from removing some of the more open-world-esque elements of the original, but the movement of the character, the urban locale, the way NPCs bring parts of the city to life in a way that a crab scurrying across a beach in the first one simply can't compete with. It starts to update the game world itself into something more associated with modern standards, even if the lighting especially shows its age. Weapons start feeling much less same-y than the first game suffered from and each gun starts developing into its own with each game. So much of the suit and core abilities remain constant, even if the perk system gets redesigned game to game, but the execution of the nanosuit is where the games really improve. Those terrible floaty jumps of the first morph into a movement scheme that makes sense for the third, even if you are lugging around an absolute unit of a character. 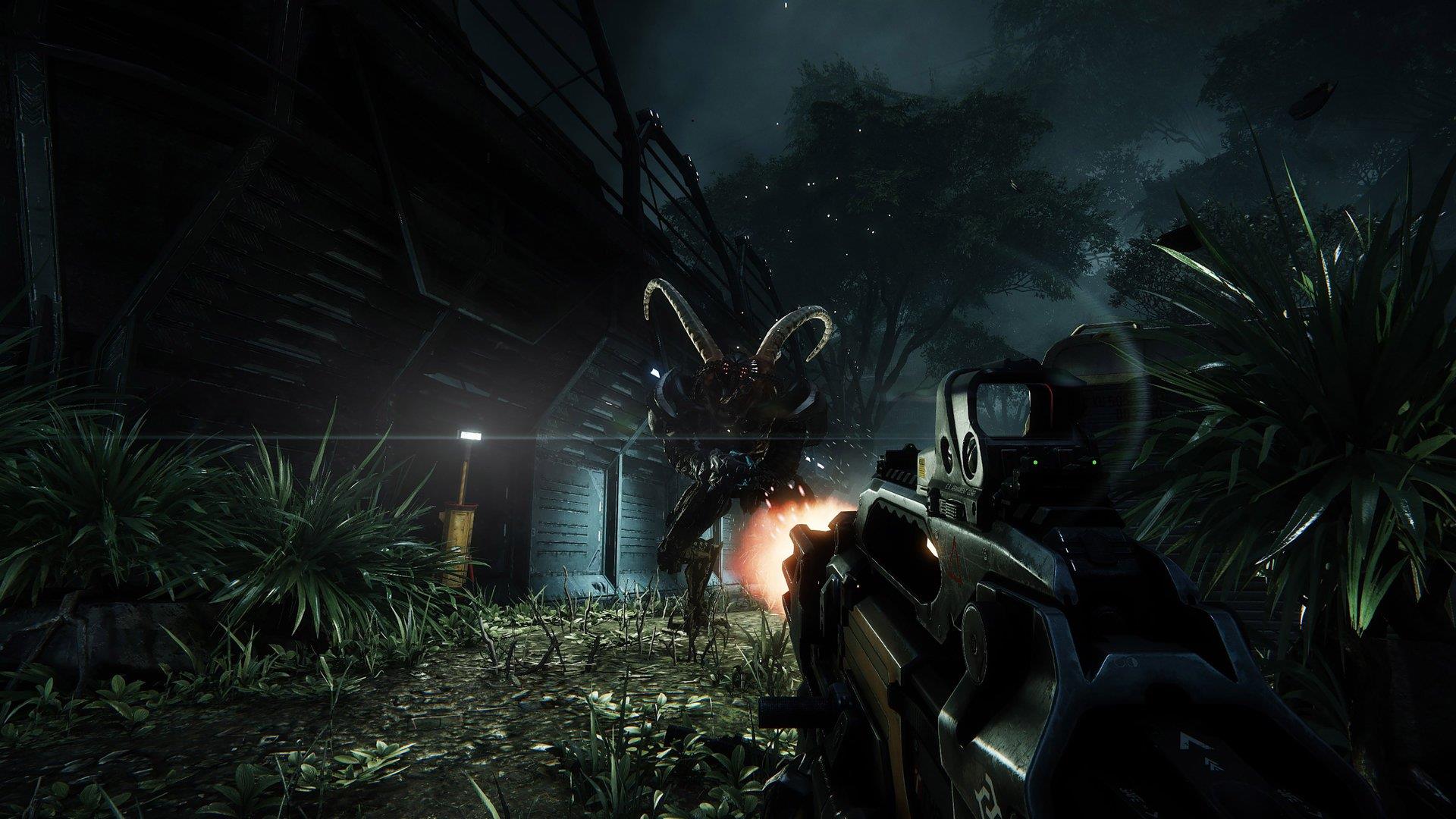 Each game gets better. The visuals become crispier, the maps more involved, the gameplay refined. Crysis 3 approaches something that nearly feels it could go toe to toe with so many FPS titles of recent times, and not just because these games harken from a time when single-player campaigns were still the core experience, not just an extended tutorial to funnel players into the multiplayer that the cynic in me sometimes wants to complain about today's offerings.

The games have a few warts. The set pieces seem tame by comparison to some of the orchestrated wonders we've been spoiled with in the last 10 years. Games introduce concepts and elements without really explaining them, so it becomes easy to miss the utility of certain weapons or abilities with your focus is too firmly planted on established guns and approaches that worked well prior. Also, while each game takes on a terrain or time all its own, from start to finish each also suffers from spending what feels like its entirety in that same isolated space. There is somewhat of a repetitiveness to the environments. 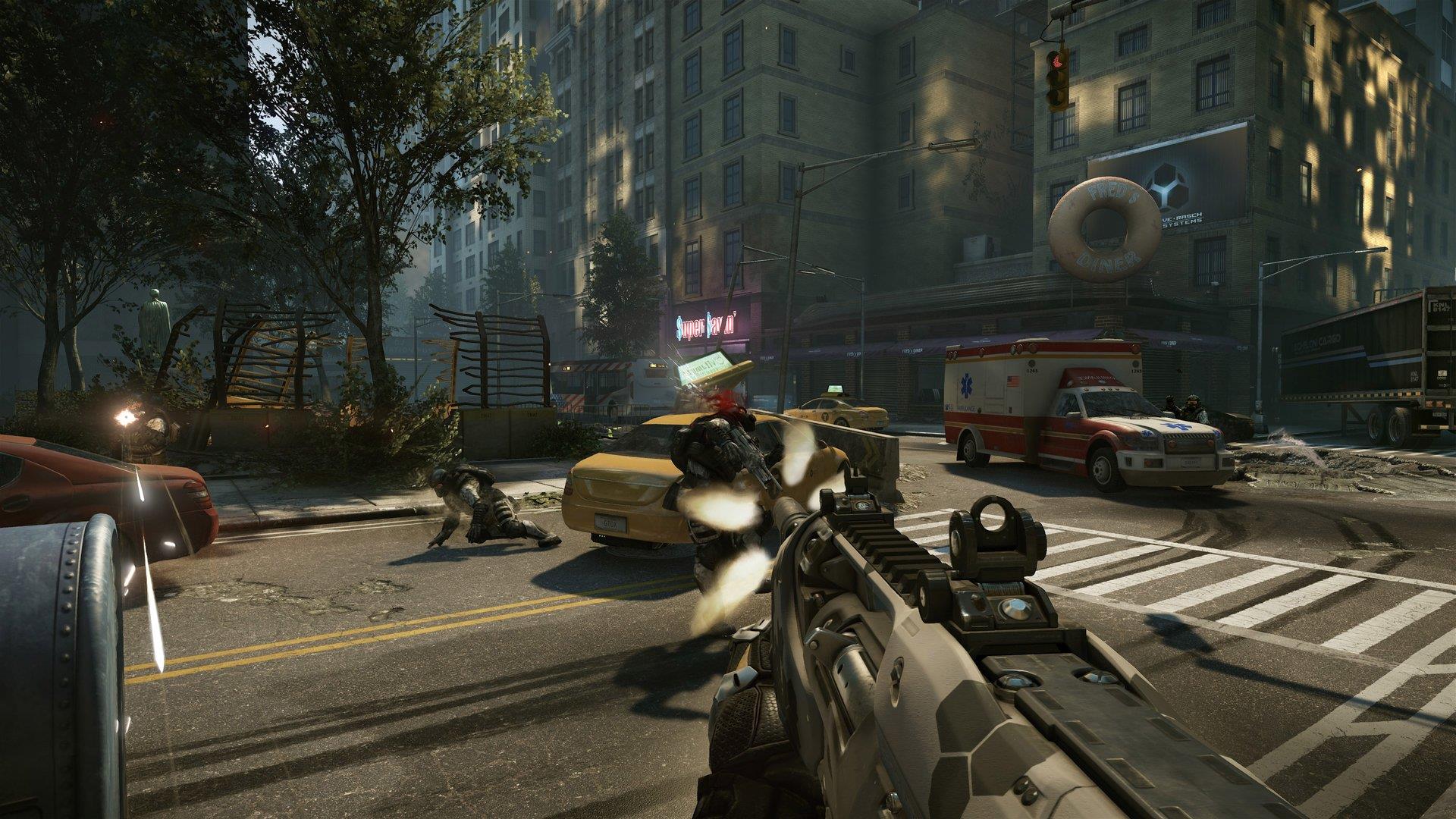 The 72 Miami Dolphins won 17 games in a row, reached the Super Bowl, and won it all. The 2007 New England Patriots won 18 games in a row but fell short in the final hurdle against competition that was unmeasurably more difficult. They may not have won it all, but the achievement was actually more notable that the Fins'. Crysis and Crysis Remastered is that '72 Dolphins squad. But in the Crysis Remastered Trilogy they get to team up with the 2007 Pats and the Colts from around that era who had an even longer winning streak over two seasons not one.

The sum total of the trilogy, taken as a whole, is something much better than the first game's remastered disappointment. Even at its best in Crysis 3 Remastered, it's not going to be up there in any game of the year considerations for FPSes. But it is a chance to experience a slice of FPS history, perhaps for the first time, and appreciate where we've come from, while being treated to an engaging single-player campaign that is often more involved that many modern offerings.

Crysis Remastered released last year to mostly disappointing reviews. While the game itself isn't that much better in this trilogy, what does come to life is the evolution of the game space across iterations. What was missing from Crysis Remastered is corrected in the Crysis Remastered Trilogy, and it's not gameplay or glitches, it's context. Context to understand that no matter how you re-texture an outdated game, it might look modern on a screenshot but it will still feel outdated with your hands at the controls. It does, however deserve its place in history, and this is an opportunity to both experience that history, and move beyond into a trilogy that improves with each iteration. The end result is an average overall package by today's standards, but three games plucked from a decade or more ago should be proud to land safely average in the middle of today's pack and standards.