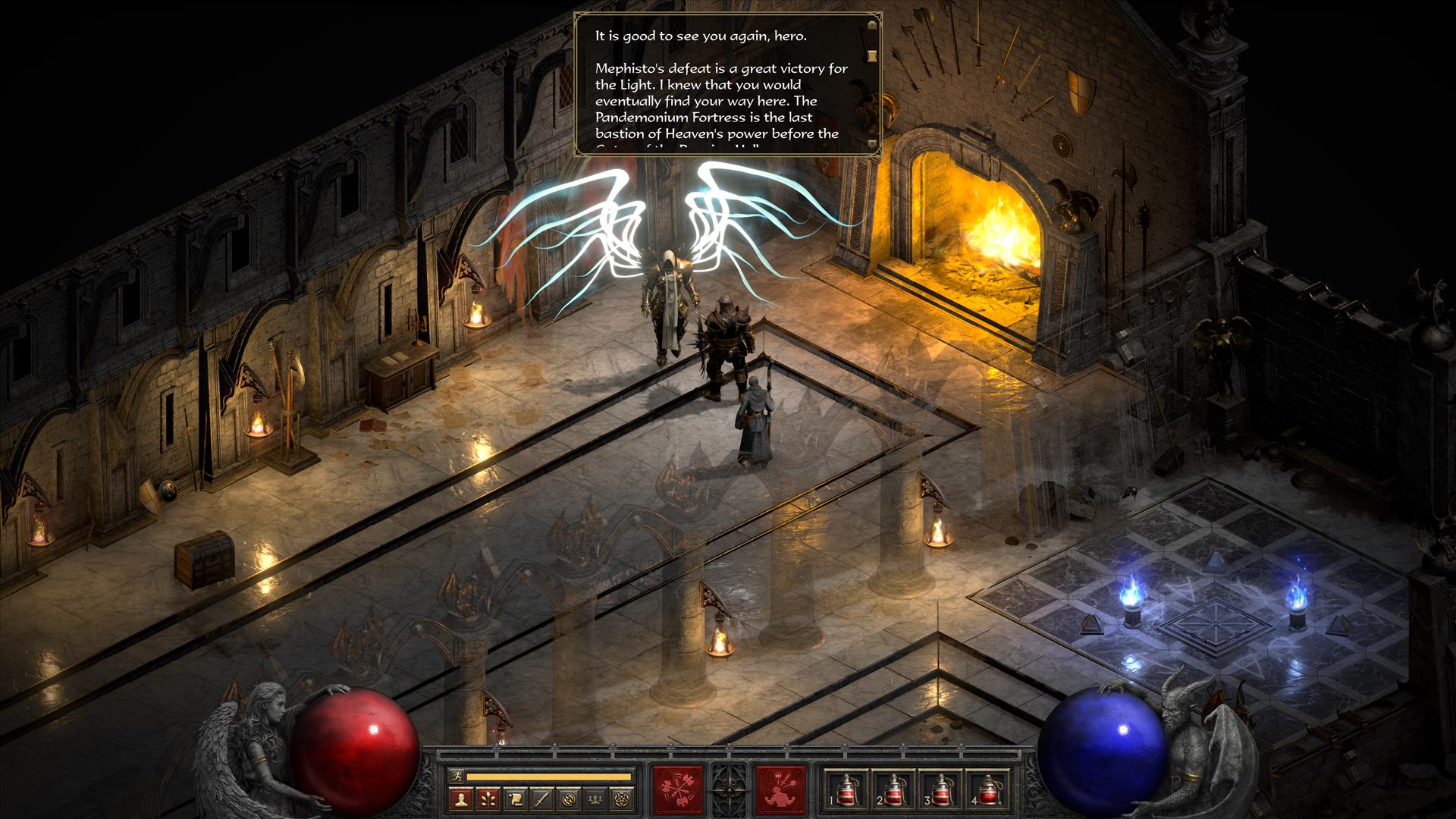 Leading into the release of Diablo II Resurrected, my Diablo experience had been bit scattered. I played the original Diablo on the PlayStation, via the less-than-desirable port that most people have forgotten about. I played Diablo II in passing, at the occasional LAN party with a few friends, but most of my PC gaming during that era was focused on EverQuest and the burgeoning MMORPG genre. It wasn’t until the release of Diablo III on PlayStation 4 that I really went hard into a Diablo game, sinking endless hours into a number of characters and engaging in the endgame. 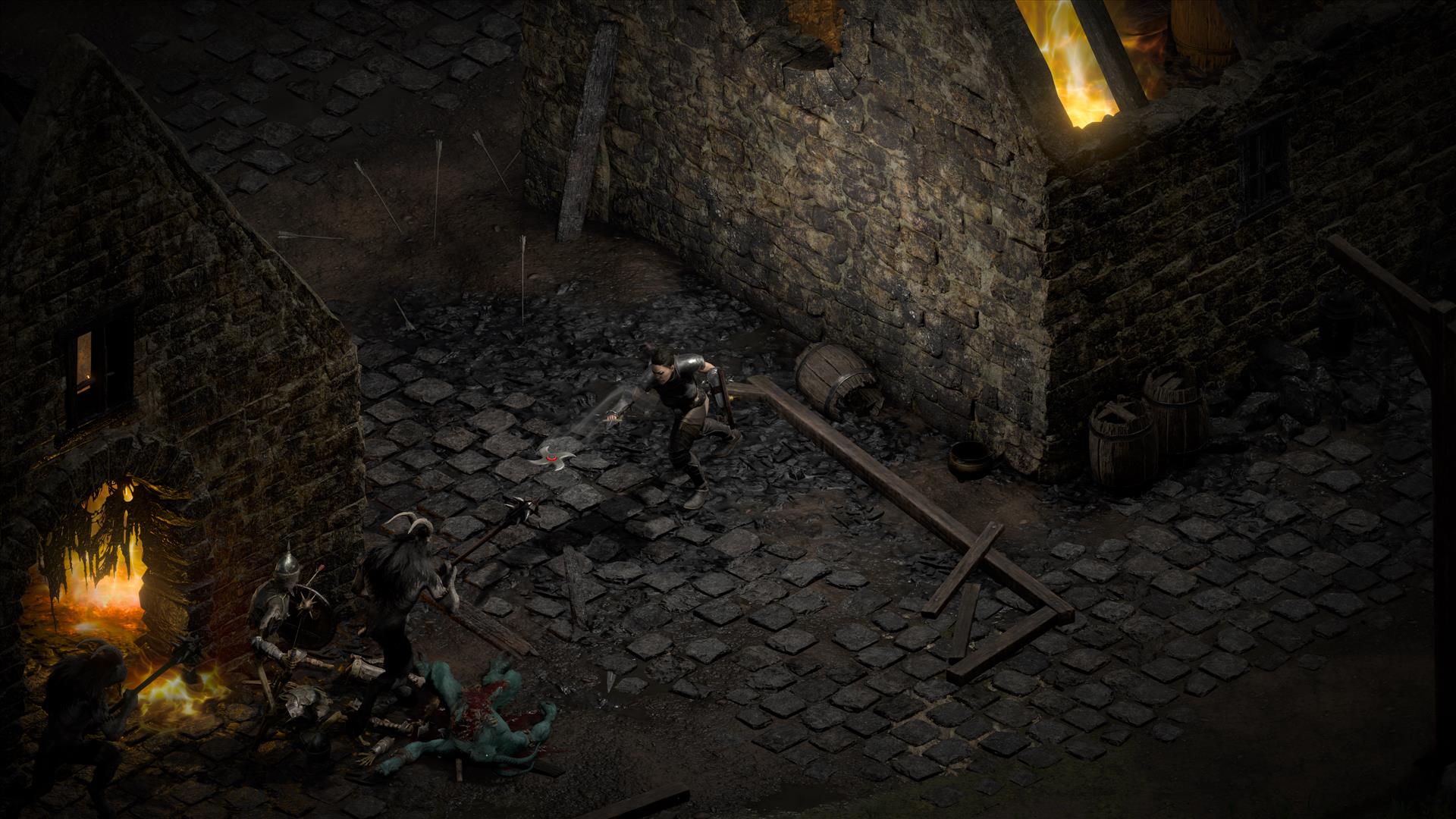 Of the three, Diablo II was the game I played the least, to the point where I barely remembered the flow of the game. I had completely forgotten that the levels were procedurally generated, for example. Having been away from Diablo in general for several years, I had conflated the games in my mind, mixing and matching parts of the trilogy into some soupy experiential memory simply labelled “Diablo” in my mind. But in just a few minutes with Resurrected, the high points came crashing back.

Diablo II is separated out into five acts, each of which drives the player out into the local biomes to explore in an attempt to resolve a series of quests. You likely know the drill here. You wander around, bad guys show up everywhere, you kill them all and keep going. Along the way, you will level up a ton, sink a bunch of points into skill trees, and filter through a mountain for loot drops for the occasional life-change rare drop. All of the original character types are here – and though I tend towards the spell-slinging, dead-raising characters, there is something for everyone. If you want to wade into the ocean of baddies with a big axe, there is a guy here for you. 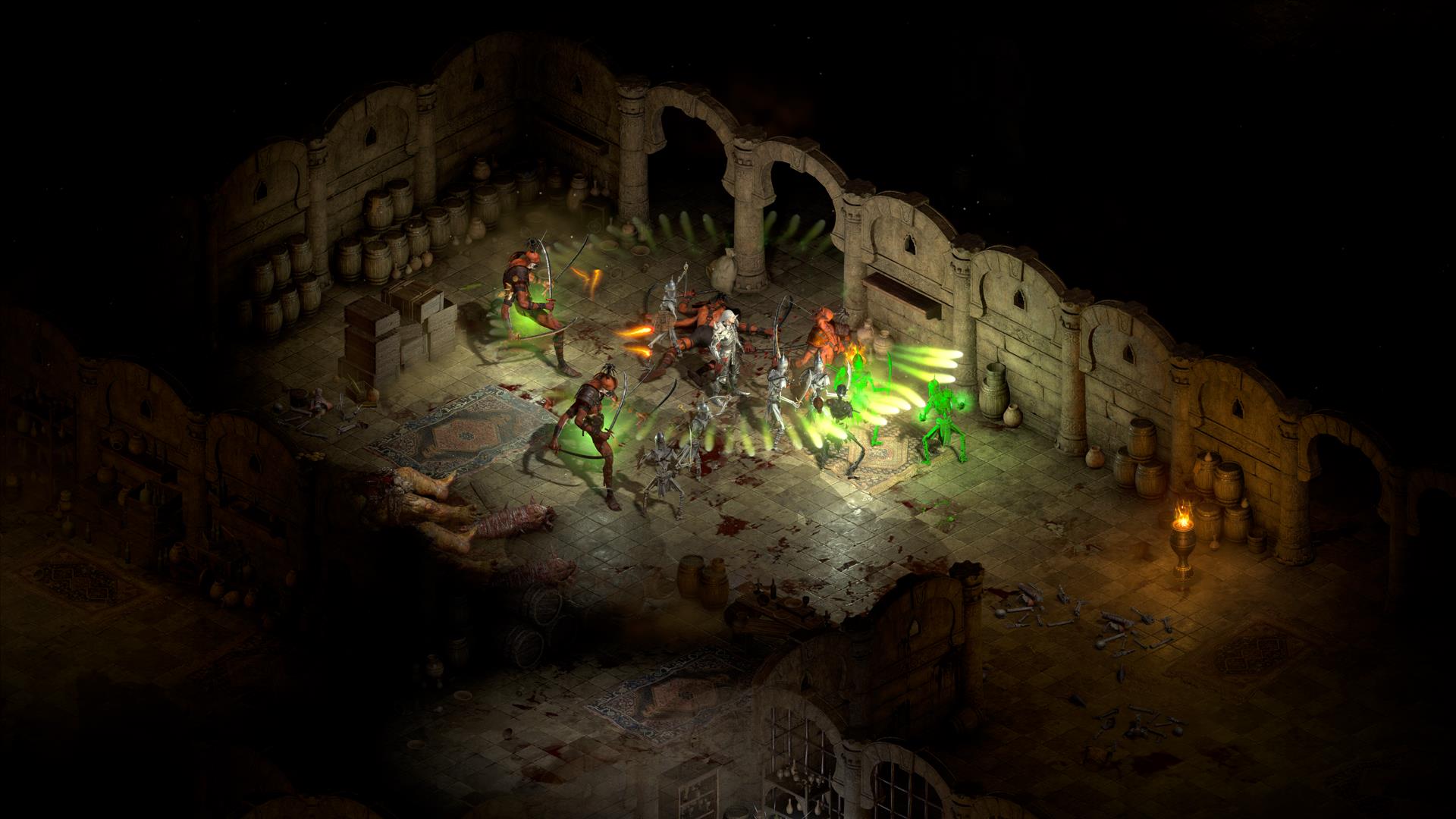 You take a ton of trips back to town to sell excess stuff. You hoard things that you think might be useful later, only to never touch them again. Boss fights can be overwhelming and tough, but they reward the best loot. The game loop is insidious and addictive, giving dedicated players a ton of room for growth. After you’ve beaten the game on one difficulty, you just crank the difficulty up a couple of notches and start all over again. And again. And again, but this time with a new character.

I’m not certain what I expected out of Diablo II Resurrected. I’ve played several f Vicarious Visions’ other stellar remakes, so I’m aware of how the company reconstructs the game you remember in your mind’s eye – with modern visuals filling in the blanks once painted by imagination and retained through the smeary lens of memory. They leave the games themselves intact, for the most part, maintaining the original mechanics and gameplay while sprucing up the presentation. 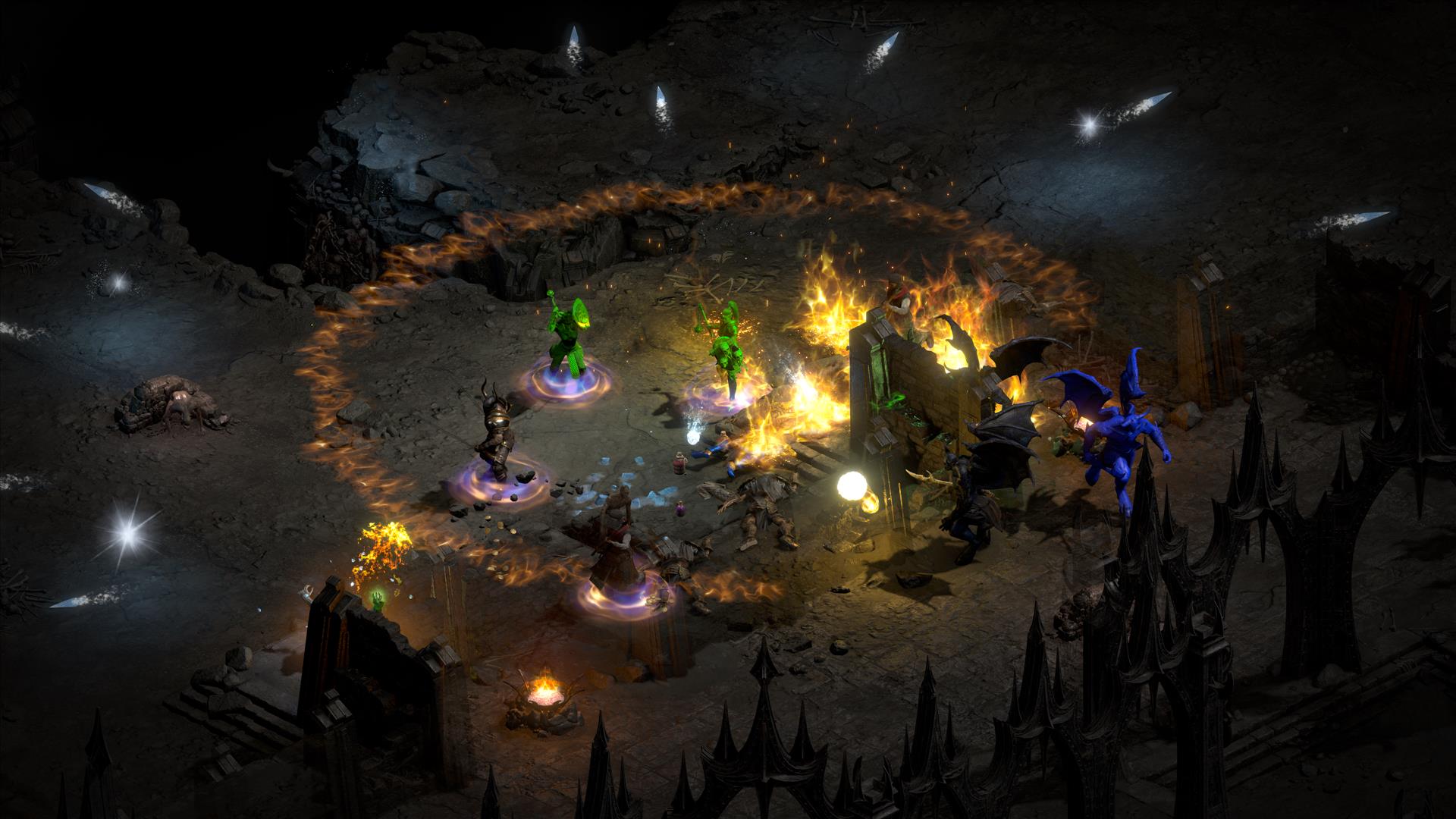 But for some reason, I was expecting Diablo II Resurrected to play like a modern game – which it emphatically does not. The “quality of life” changes made by Vicarious Visions to Blizzard’s classic are rather minor in scope; welcome changes that sand down the edges but don’t change the shape. The best is that you can now pick up gold and some items by running over it, as opposed to clicking on each little pile laying on the ground. But make no mistake, Diablo II Resurrected still plays like a twenty-year-old game, which may rock modern gamers back on their heels a bit.

Players entering Diablo II Resurrected expecting the smoothed-out experience offered by Diablo III are in for a rather rude awakening. The original very tight inventory system is present and accounted for, giving players the tiniest 2001-era loot bag, necessitating constant trips back to town to sell drops and manage their stash. But that stash size has been increased, and there are some shared items as well to help alleviate this. However, there are no Torchlight-style pets here to haul your loot back to town for you. You're in for a lot of trips through warp points. 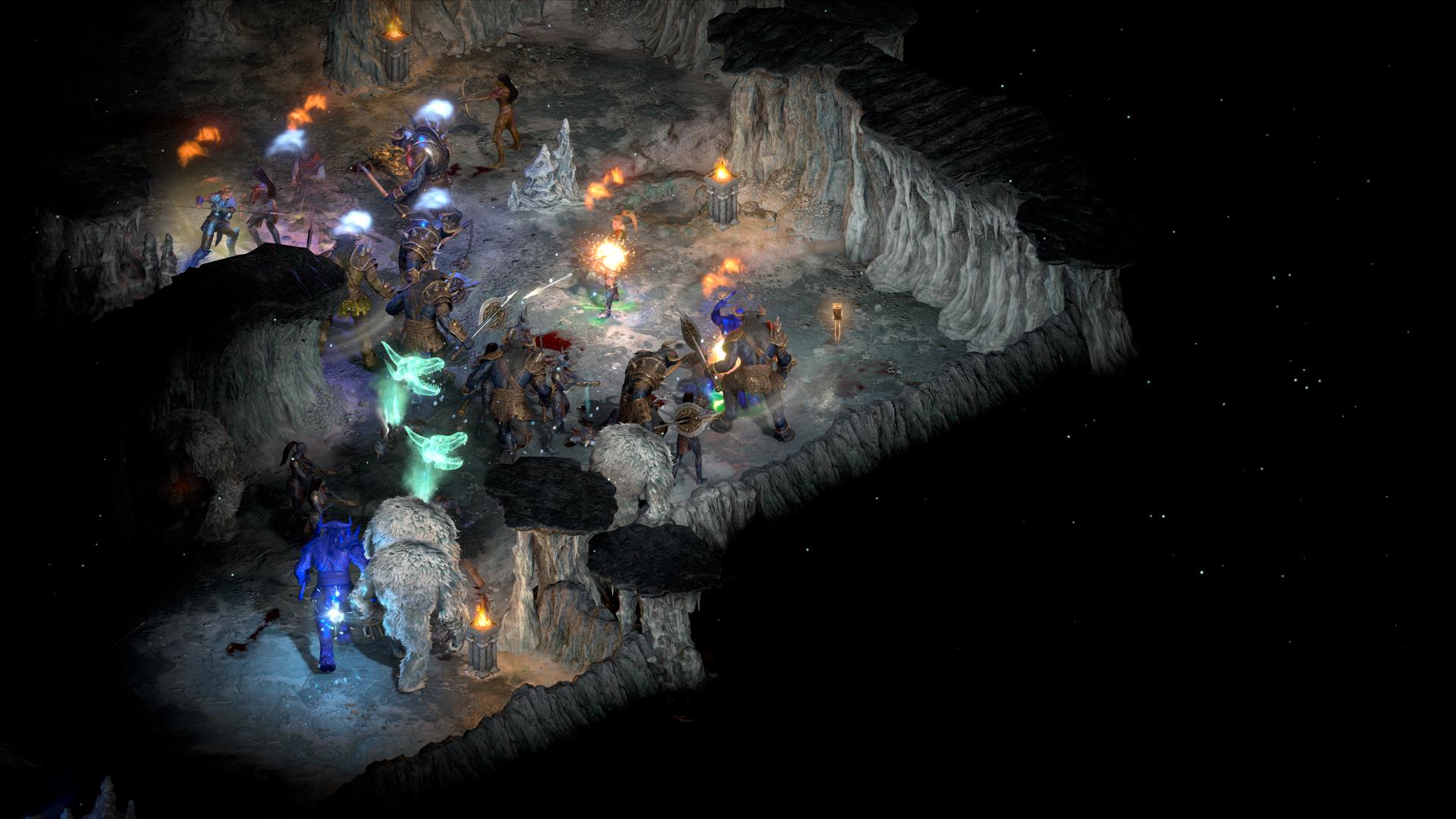 The quest system is still opaque, offering players verbal instructions on where to go, and utterly refusing to hold their hands or tell them how to get to their destination. Quitting out of the game still completely obliterates the world map, which is reformed in a new configuration every time you log in. In other words, Diablo II Resurrected requires a bit of grit and stick-to-itive-ness, demanding that players get over the hump and accept its old-school design or get to steppin.

Of course, this is likely what fans of the original game are looking for; a beautiful visual update of their beloved classic. And the visual update is indeed stellar. You might not realize how much better the game looks, but on PlayStation you can hold down the L2 button and tap the Touchpad to be reminded of just how much work was done. The juxtaposition is shocking, particularly if you are thinking to yourself “Oh, this looks just about the same.” It does not. 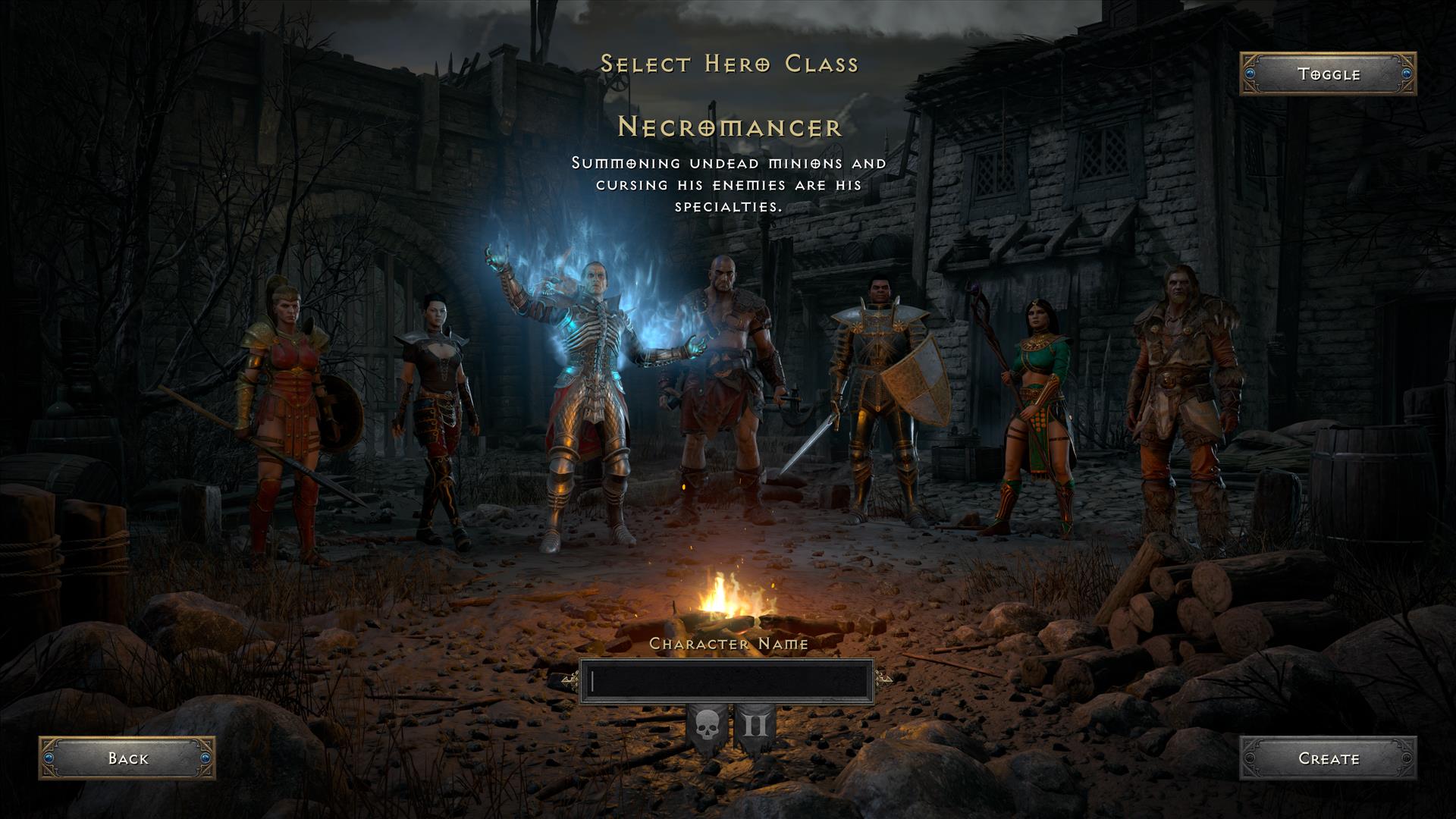 Since the game’s release last week, I’ve seen a few reports of network problems – people not being able to connect with friends, being booted from servers, etc. For the record, I’ve encountered none of these issues. I’ve played the PS5 version and the PS4 version (so I could play with friends), and I’ve not had a problem at all getting everything all set up. Just luck of the draw, I guess.

For those that play on different systems, Diablo II: Resurrected doesn't support cross-play, but it does support cross-progression. You'll be able to improve your character on different platforms and have all of your progress and goodies accessible no matter what system you're playing. This system makes it easier to play with friends who might be on different consoles and you won't have to lose what you gain from one system to another. That's pretty cool, but it does necessitate buying multiple copies of the game if you want to platform-hop.

The controls have been adapted admirably to a controller, and assigning powers on your hot bar to the DualSense’s various buttons is a breeze. I didn’t miss the mouse and keyboard at all while wandering around fighting, but of course, the inventory management is another story. Vicarious has given it the old college try, but frankly there is no way to port the fiddly nature of an inventory system like this to a controller in a way that won’t feel a little clunky. Managing your stuff likely accounts for about one third of your total gameplay time, so expect to suffer a bit.

But in the end, Diablo II Resurrected is exactly what fans want it to be. A shiny new version of exactly the game they left behind two decades ago, fully playable and with a ton of options. Even the cutscenes have been remade (and of course, they look absolutely jaw-dropping). 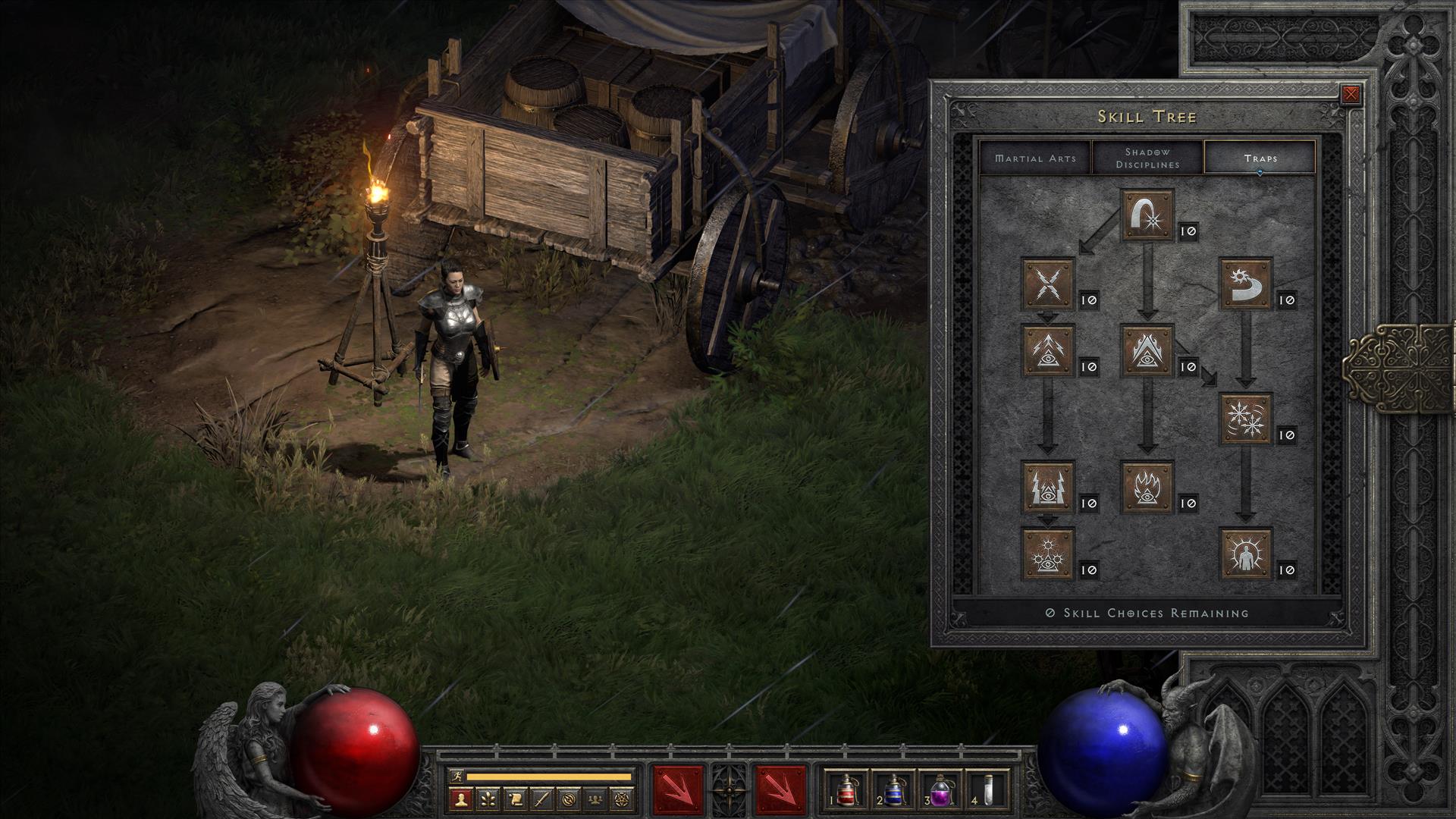 Now, if whoever owns EverQuest these days could flip Vicarious Visions millions of dollars, I would be most appreciative. That game is looking a little rough these days, and since the gaming community has decided we’re doing this now, we should probably keep right on going.

Diablo II Resurrected offers fans of the original game exactly what they want – the same game they left behind in 2002 with gloriously updated visuals. Everything works well on the controller (despite some inventory issues). New players might take a while to acclimate to the somewhat dated gameplay mechanics, but settling in, they will find a ton of enjoyable adventuring to be had with friends.