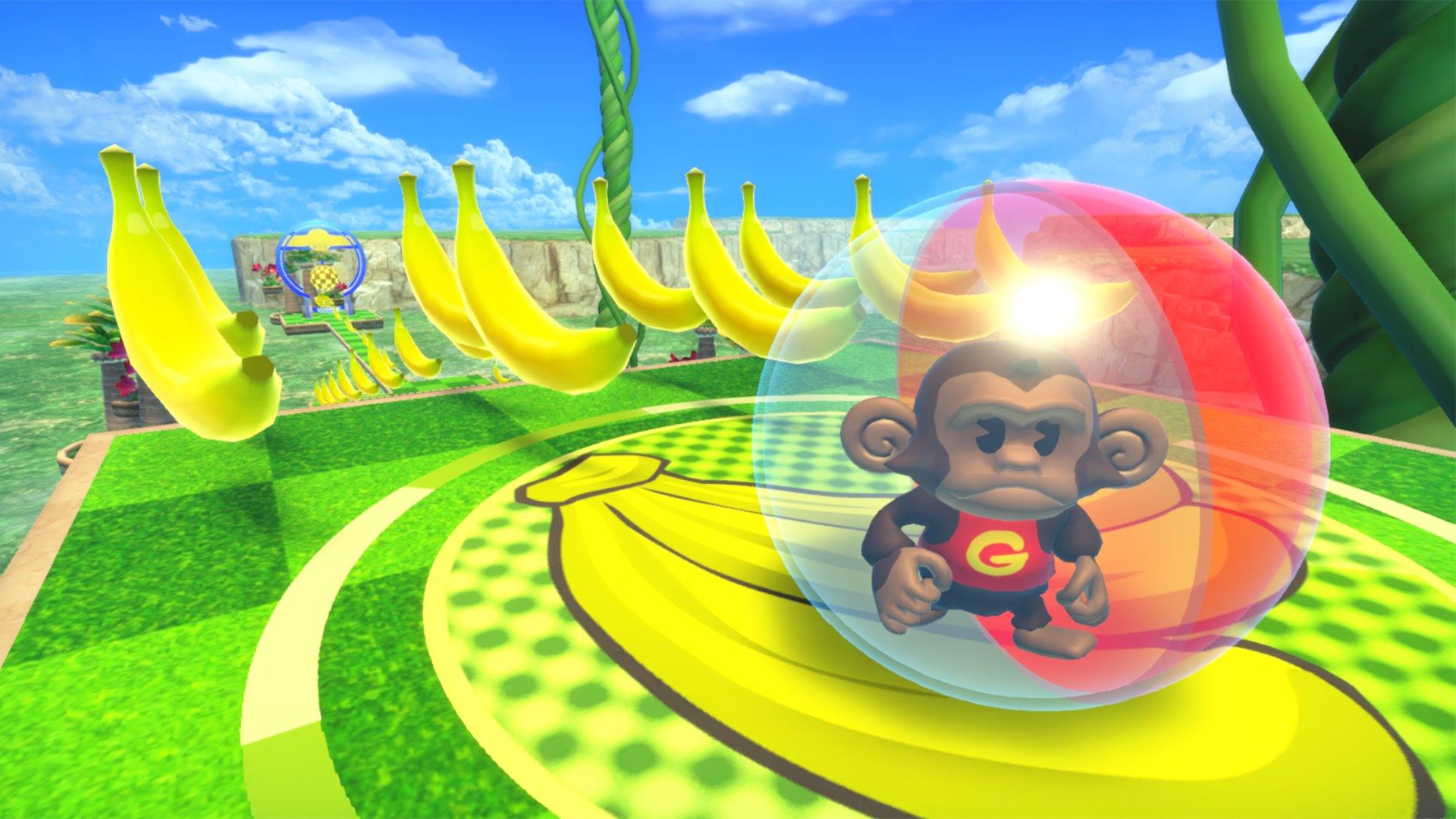 Written by The GN Staff on 10/1/2021 for SWI
More On: Super Monkey Ball Banana Mania

Note: This review was written by Joseph Moorer, of our affiliate streaming partner Games N Moorer.

In my very first review, I would like to take you back to the day I played my very first Super Monkey Ball Game. The place was Gameworks in a local mall, and on the bottom floor was a game with just a banana for a joystick. I swiped my gamecard, and I’m in. And I pass the first level, and then the second, and exclaim “This game is easy.” Famous last words, because it was not easy. I died, and I haven't played a Super Monkey Ball game since. Until now.

With Super Monkey Ball Banana Mania, Sega takes every stage from the aforementioned Super Monkey Ball, Super Monkey Ball 2, and Super Monkey Ball Deluxe, and rolls them all into one huge HD Multi platform 60FPS bunch. And it is indeed “Bananas”! In every mode, the first level starts you off tame and easy. But by the second or third set of levels, you get “Fall Out” stuck in your head, because that’s what the announcer says every time you frustratingly careen off the level.

In story mode, you are part of the episodic cartoon, “The SMB Show”, and each episode is themed containing 10 levels. The cartoon matters very little compared to the gameplay, which loads in fast. And you're off, trying to figure out if you’re controlling the surface, or the monkey ball. Debating whether to collect every banana or rush to the exit, or trying to beat the time. With unlimited tries, the jungle is your oyster. Speaking of, there is a water episode, and you know what that means. There is a lot of splashing. 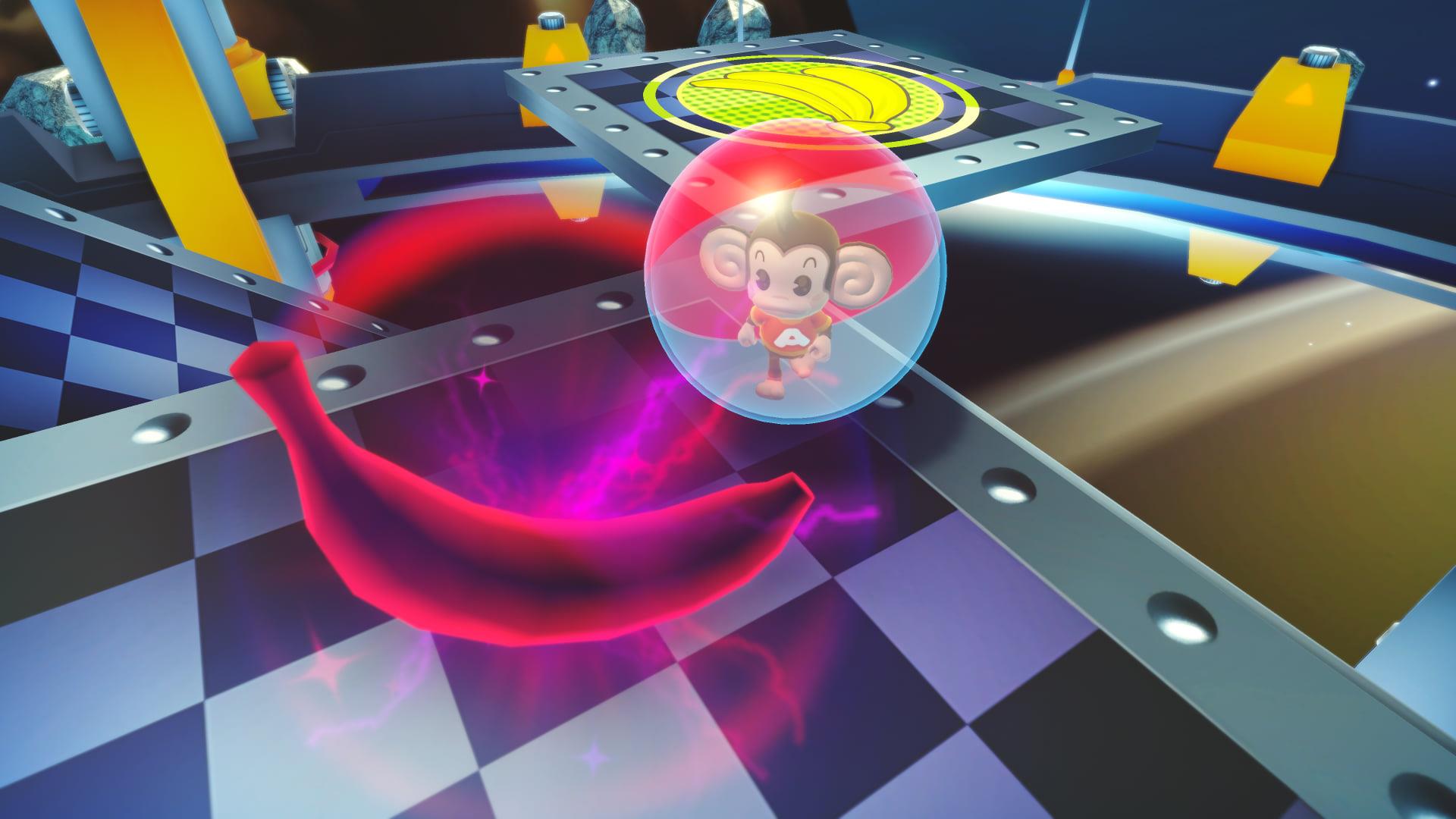 Once you start beating levels, you’ll begin seeing completed missions pop up on your screen, and these missions are plentiful. Just on the very first stage, there are 4, and they net you game currency. Clear a level? 100 points. Clear it while collecting all the bananas, 200. It goes on and on. There are 747 total missions throughout the entire game, so all you achievement hunters, and completionists have your work cut out for you. These missions span across all modes.

In the main game, you’ll find Story Mode, two challenge modes containing levels from Super Monkey Ball 1 and 2, respectively, and even a special mode I would rather leave for the reader to discover. And yes, my saying that is a reveal that I wasn’t good enough to unlock it. The challenge modes also come in casual, normal, expert, master (nope), and a more challenging mode after that. There are also practice modes for each as well, in case you want to throw your controller at a pillow instead of the wall. 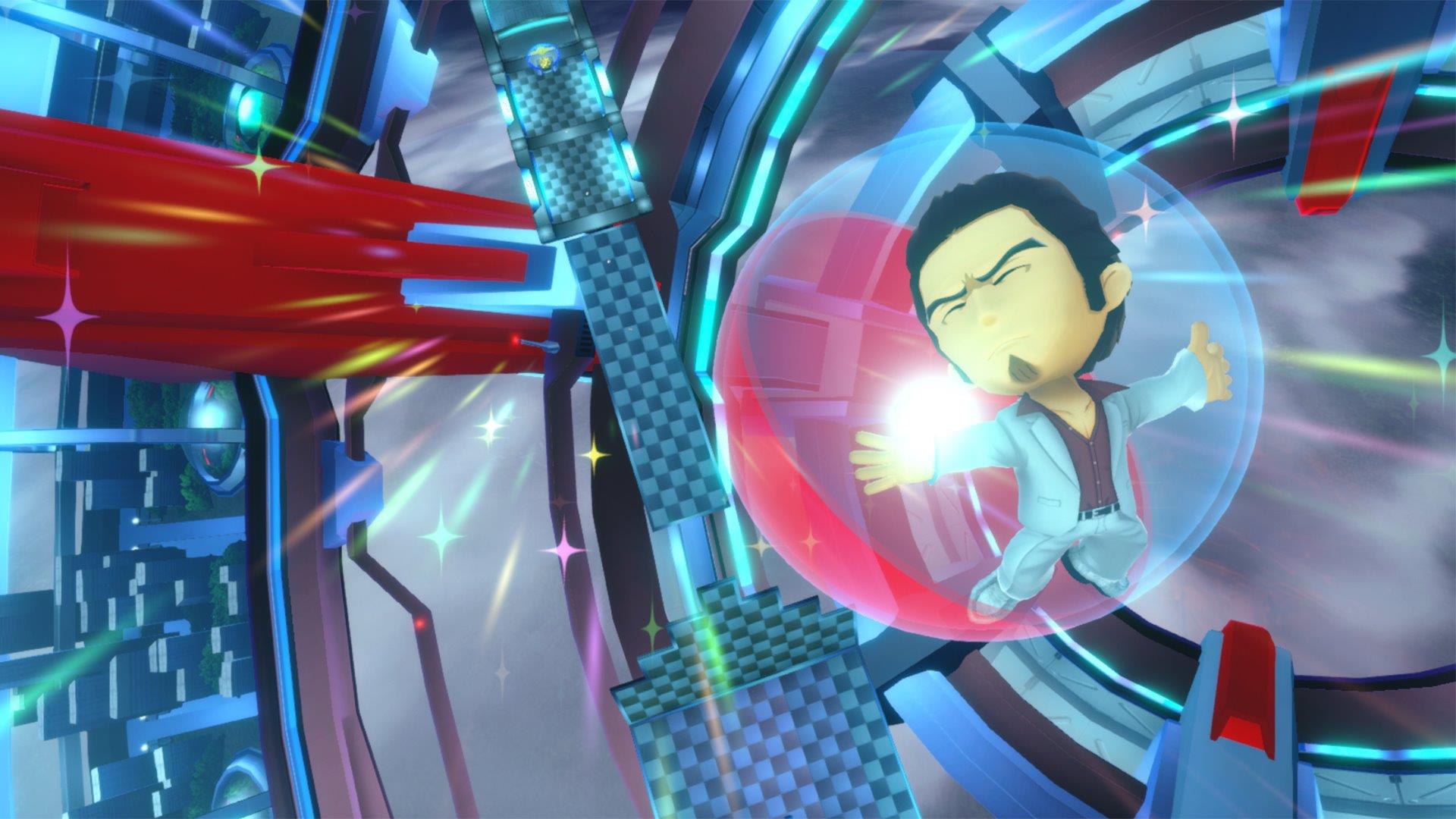 The characters to choose from span the history of the games, 6 total to start. They are all personal preferences. There are no buffs or anything for choosing GonGon over AiAi. Although playing as Sonic in Super Monkey Ball ain't bad at all - it's nice to have other characters from Sega's history show up in the game. Of course, I had to unlock Sonic with the points I accumulated through the first 3 episodes (30 levels) of The SMB show. It's not like they just give him to you.

That’s right! In the point shop you can unlock hidden characters, variations of current characters, customization items for the characters, such as hats, shirts, pants, the monkey balls, and even different game modes, such as reverse mode, and DX mode, because if there’s anything we need, it’s a MORE DIFFICULT version of Super Monkey Ball!

All that being said, the accessibility features in Super Monkey Ball Banana Mania are probably the best I’ve ever seen in a game. In your main options, you can turn the rumble on or off, invert the stage tilt (you control the stage, not the monkey ball), invert the camera, change the camera sensitivity, and you even have accelerometer options (at least you do in the Switch version. Not sure if the other versions have this feature). In game, there is a helper function which turns on arrows to point you in the right direction, a how to play tutorial, and a listing of what missions you can complete for that particular level. There’s even a photo mode, with filters! Why? Because! And if you really want to, you can completely skip any level and mark it as cleared, though you don’t get your clear time saved, and you get zero points towards unlocking a certain two-tailed sidekick. 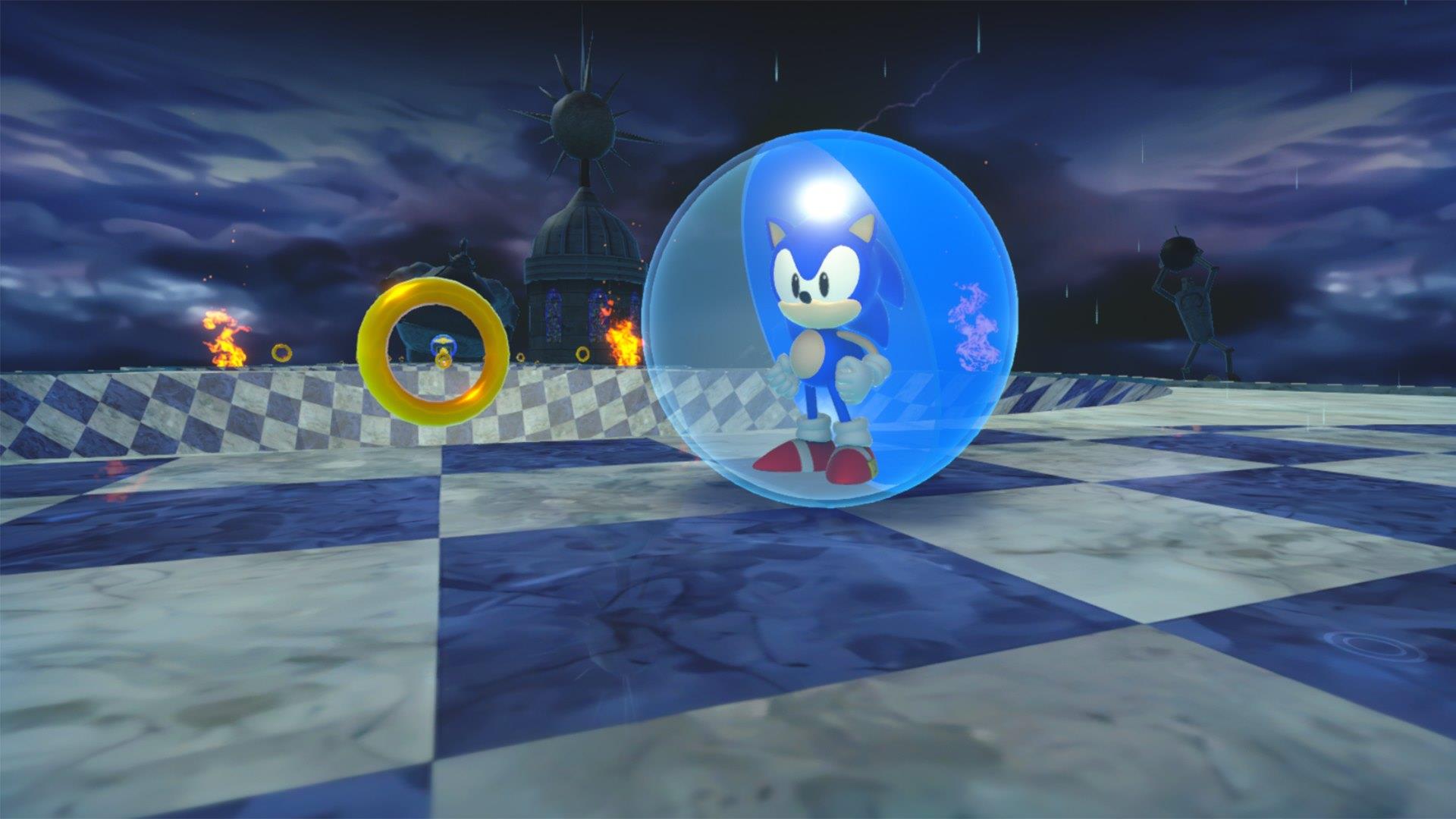 As if there wasn’t enough in this game, there are also twelve full party games. I’ll explain all of them in 5 words or less. 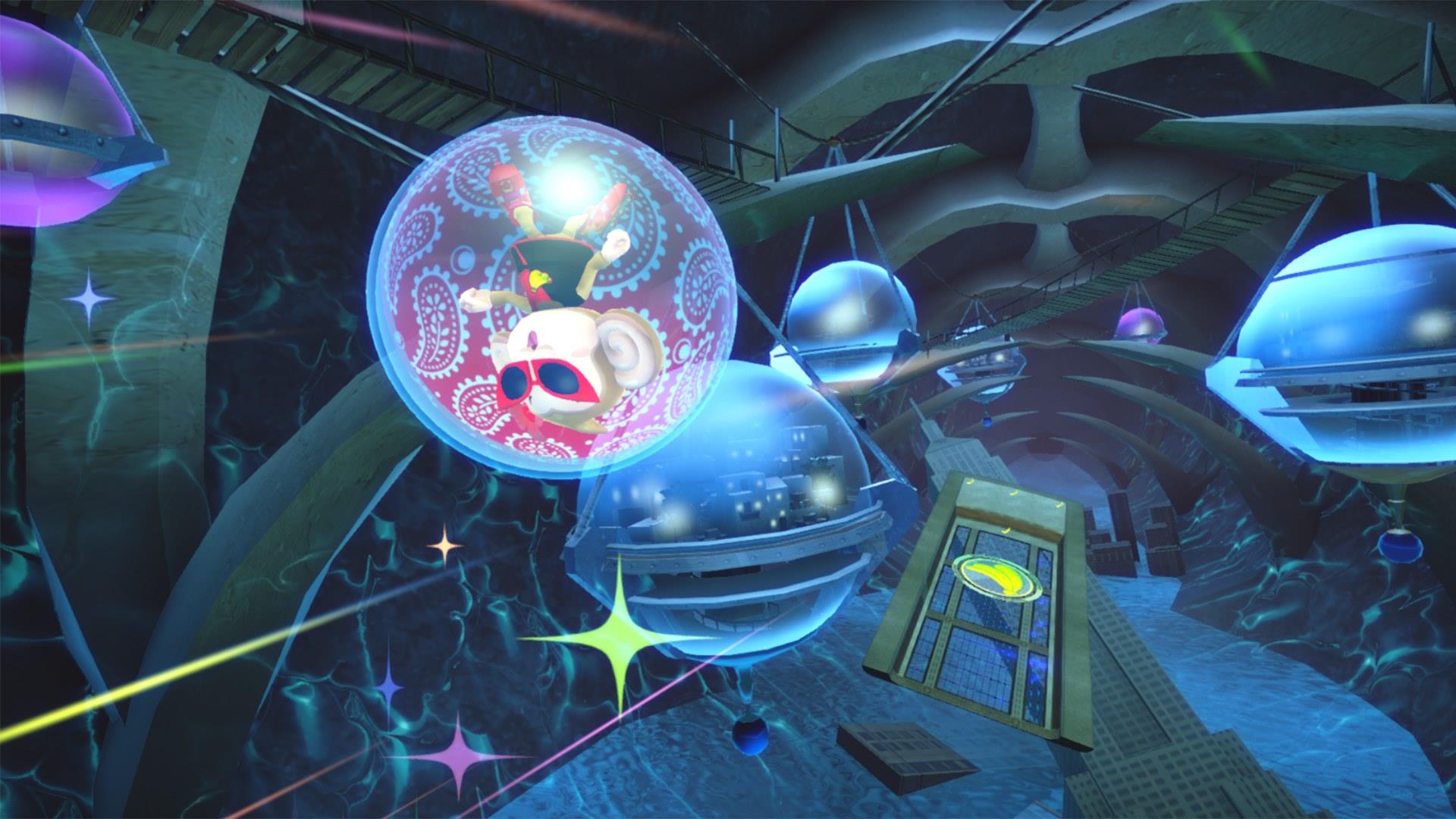 All of these games have their own options, levels, difficulty,  and sets of controls, which are explained to you at the beginning of each game. And yes, you even get points for missions in these, too. To be honest, after falling off so many levels, this is a good way to wind down. I played too much Monkey Billiards.

Super Monkey Ball - Banana Mania is a game I didn’t know I needed. It speaks to everyone, all ages, young and old. It does have online rankings and upcoming DLC, but that about does it for online modes. What makes up for it is a massive value of replay value. It’s a daunting task, but if you’re up for a challenge, and you have a few friends over to duke it out in some of the mini games, this game is definitely one of the biggest surprises of the year. It’s been said this one is for the fans. I’d go further to say this one is for new fans too.

The newest Super Monkey Ball game isn't lacking for much. With a ton of remastered levels, modes, minigames, and unlockable prizes, this enormous package could keep a fan busy for the rest of their life - if they don't mind high blood pressure. The only thing more pervasive than the mountain of content is the franchise's usual blistering difficulty. Fun, frustrating, and rewarding, this is a great collection.