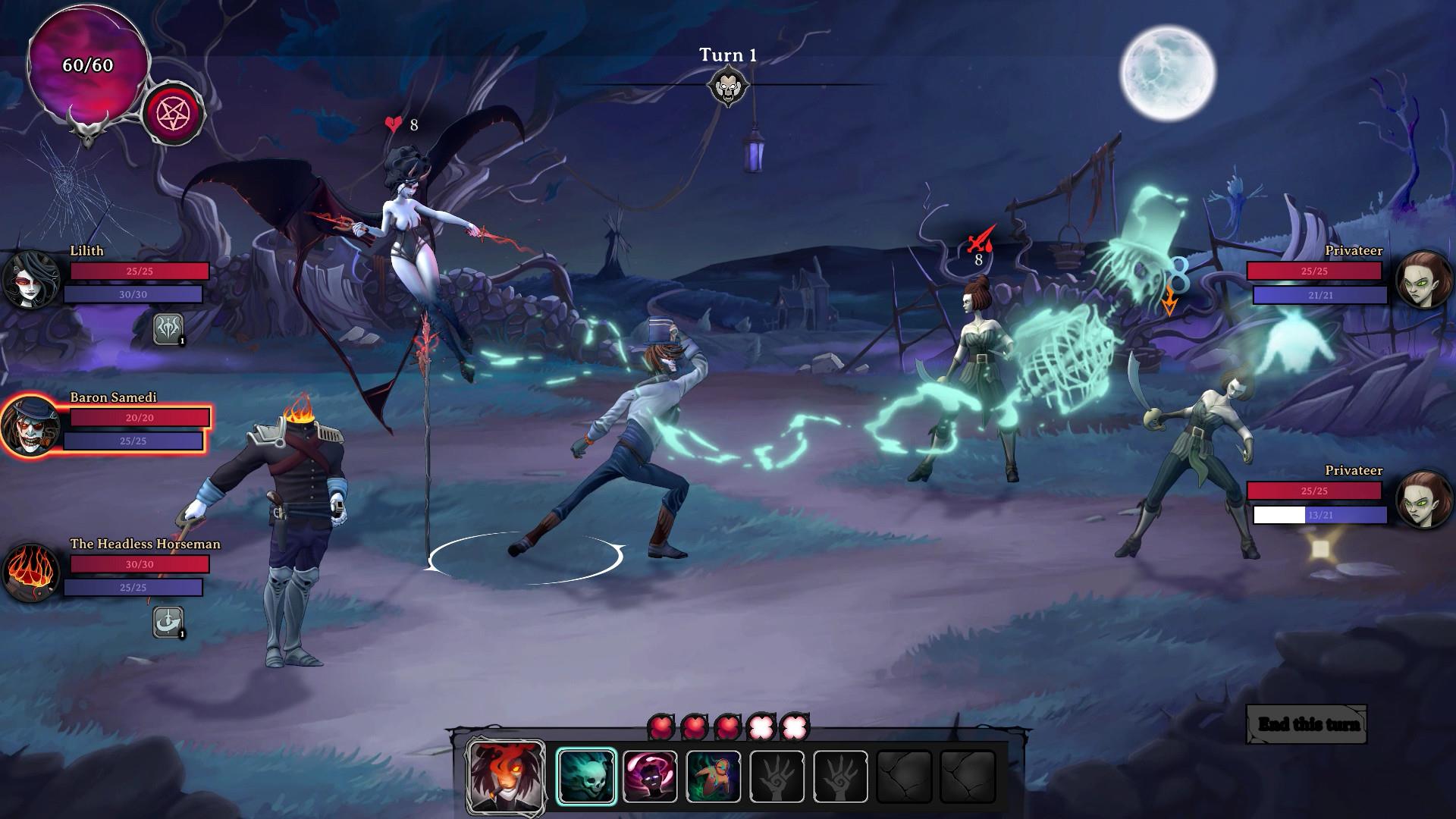 I went deep on Rogue Lords last night, and this morning I'm paying the price - bleary eyes and a weary head. Gamers know how it is. I had only intended to play Rogue Lords for maybe 40 minutes. But somehow, the new roguelike from Cyanide and Nacon got its hooks into me hardcore, and I ended up playing way too late into the night. I split my run through the tutorial into two videos (because I had to make dinner), and then went ahead and recorded my entire first real run after recording this week's episode of The Gaming Nexus Show. And then I went the hell to sleep.

Rogue Lords puts players in the hot, hot shoes of the devil, returning to Earth after having been banished ten years prior by Van Helsing and his demon-hunting ilk. Licking his wounds, the devil has assembled a small army of monsters, including your first trio of baddies - Dracula, the Headless Horseman, and Bloody Mary. The evil in the game is all Halloween-spooky and not Exorcist-terrifying, and if it weren't for some of the darker (but amusing) themes of murder and mayhem, this might even be appropriate for kids. It's one of those games that tells about dark acts, but rarely shows them.

In a cool twist on the roguelike genre, the player can activate "devil mode" at any time, and use a pool of Satan-juice to cheat their way out of a tight spot. The devil can intervene on behalf of his minions to fiddle with HP bars, move status effects around between characters, and manipulate the outcomes of story events. It's a total hoot, and once you get the hang of it, you start to wonder why other games haven't come up with similar mechanics. It basically lets you cheat - but only within reason. Rogue Lords is still a roguelike, after all, so it's going to kill you sooner or later now matter how much you try to wriggle out of it.

The following videos are my first and second sessions with the tutorial, and my first run - which came to an untriumphant halt when I got too big for my evil britches and tried to take on a double-elite boss. On my first run. Like a big dummy.

And my sad, but still super-fun first run:

I obviously had a blast with Rogue Lords, vibing on it's delicious evil and laughing at the audacity of the whole thing. The gameplay is solid and fun, and I immediately wanted to go on another run as soon as I died - always a good sign.