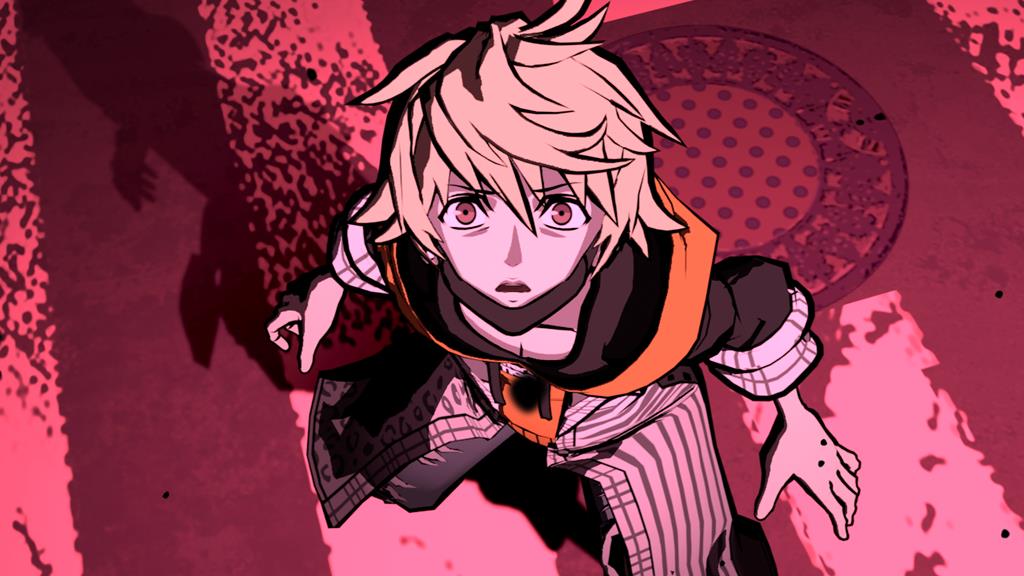 NEO: The World Ends with You

Can you believe it’s been 14 years since The World Ends with You released on the Nintendo DS? Now, the long awaited sequel to the action role-playing game that is known for its electrifying soundtrack, comic book-esque art direction, and stylized depiction of Shibuya, Tokyo, has arrived with NEO: The World Ends with You. This time, instead of playing as the legendary Neku, we are instead put in the shoes of a new protagonist, Rindo, and his best friend, Fret, as they are dragged into the deadly Reaper’s Game once again.

NEO: The World Ends with You released earlier this year on the Nintendo Switch and PlayStation 4, but has finally arrived on PC via the Epic Games Store. The game runs smoothly in 4K 60FPS but the controls on PC are a bit finicky and weird, so I reviewed this game via a DualShock 4 controller instead. 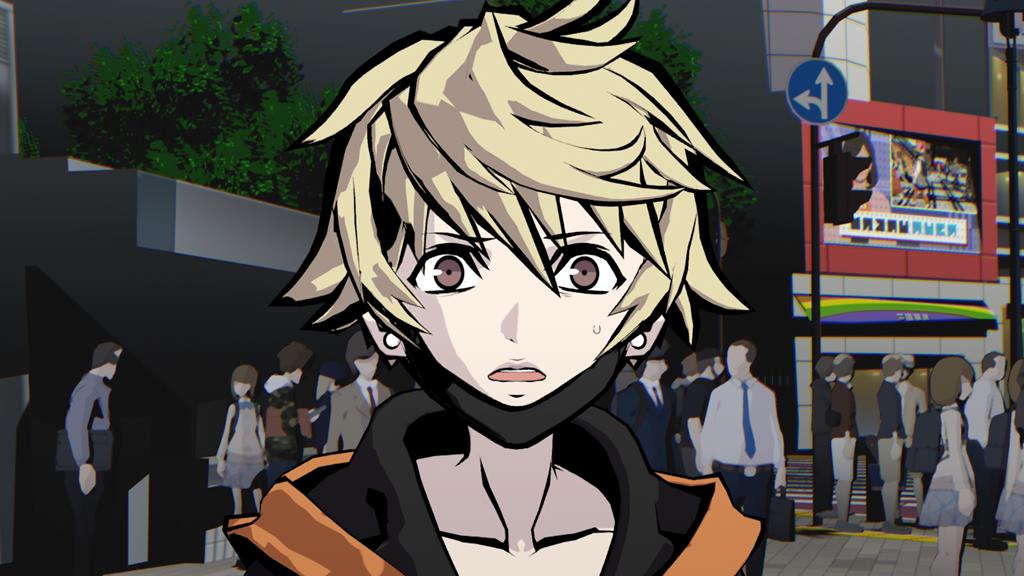 For those unfamiliar with the first title, The World Ends with You, along with NEO, centralizes around a group of kids that have died and are transported to a parallel reality version of Shibuya. They are given the chance to go back to the land of the living if they win a supernatural match known as the Reaper’s Game. Each team is given seven days to rack up points by solving puzzles and defeating Noise—monsters that living people cannot see. Although NEO follows directly after the events of the first game, it is not essential (although it is helpful) to have played the first The World Ends with You. The story is cohesive enough as a standalone, and even brings back some old characters. NEO: The World Ends with You embraces everything that made the first entry pop and stand out, but also contains a few gameplay elements that may be outdated in today’s gaming age.

The first thing you see when you boot up NEO: The World Ends with You is its immaculate sense of style. From top to bottom, the game nails it in terms of visual and audio design. The Persona 5 anime aesthetic combined with the bopping soundtrack make Tokyo feel alive every corner you take. The streets of Shibuya in NEO encapsulate and enhance the distinctive style of the first game, from the tilted angles of the buildings to the hand-drawn depictions of characters, now in 3D. Never in a game have I heard such a diverse variety of music, ranging from rock songs reminiscent of Green Day to traditional J-pop. The game not only remixes several songs from the original The World Ends with you but adds some new bops as well. I’m a huge sucker for OSTs, and NEO really blows it out of the park with its musical ensemble. 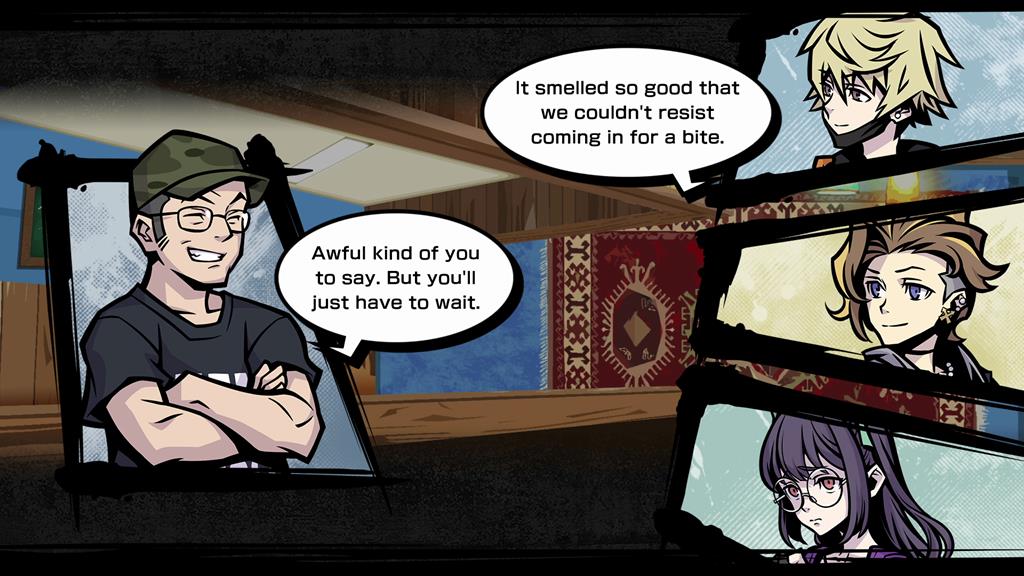 Perhaps the most outdated gameplay element is NEO’s heavy reliance on visual-novel segments to progress the narrative. There are very few animated cutscenes and most of the game’s narration is done the same way as the original game, through static panels and text bubbles. Most of these segments are unvoiced as well, with the exception of weird anime grunting. Those who enjoyed this aspect of the first game or enjoy visual novels might feel right at home, but this gameplay element might serve as tedious and lazy to others. An excessive amount of dialogue may also serve as fluff to prolong the game.

Three-dimensional combat has replaced the half-touchscreen, half-button hybrid that was present on the Nintendo DS. During battle encounters, you take control of your entire party, which expands to as many as six members as you progress the narrative. Each member on your team has their own unique ability, equipped and chosen via pins that can be collected or bought. Each pin grants a specific ability and is tied to a particular button input. Manual control of a character changes depending on whose ability you used previously. Combat is fast paced and flashy, with a groove gauge that, once filled, can execute a devastating team attack. It’s a joy to discover and experiment with what pins synergize well with one another. Timing attacks and converting the “Drop the Beat” gauge to produce a “Sick!” chain can be daunting and confusing at times, but once you get the ebb and flow of things, combat is a blast. To further spice up the game, you can unlock harder difficulties, chain multiple encounters together, and  reduce your player level to amp up the rewards and challenge yourself. 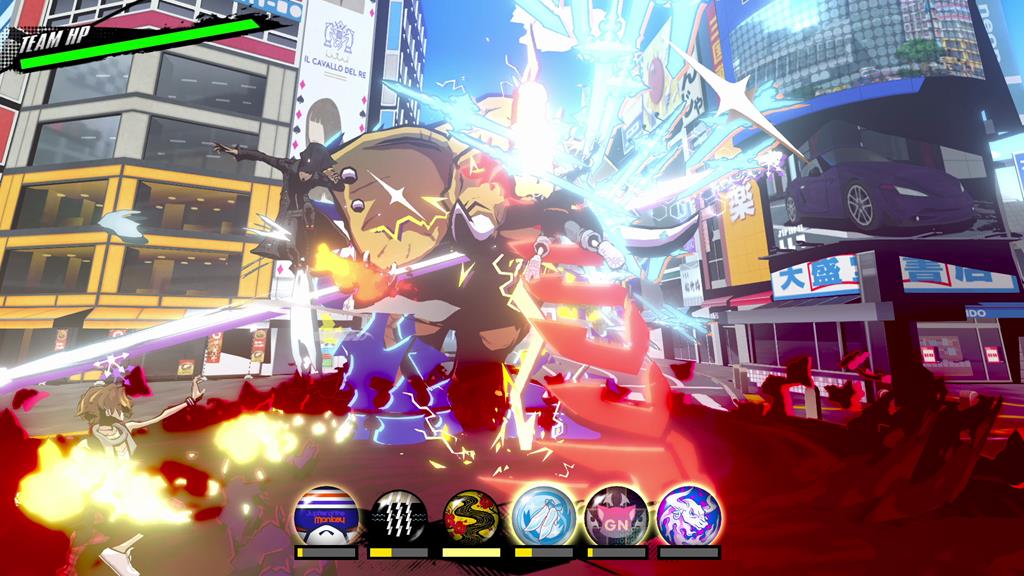 NEO: The World Ends with You incorporates a refreshing array of slice-of-life activities that not only builds character development and provides a break to the hectic and sadistic Reaper’s Game, but also benefits you in combat as well. It’s no news that Shibuya is the fashion capital of the world, renowned for its food and shopping. So obviously, the game contains a dynamic economy of restaurants to eat at and clothing stores to dress up your characters at. Eating a character’s favorite food permanently boosts their stats, as well as builds up the social network gauge with the restaurant owner, who might then reveal a secret menu item for such a loyal customer. Dressing up characters in different threads increases their stats, much akin to how armor would in a traditional role-playing game. Unfortunately, a minor disappointment is that equipping team members with a new hat or dress won’t reflect how they actually look in the game. The social network mechanic allows you to converse with various characters found in the world, and doing quests for them grants you friendship points that you can cash in to unlock new skills. It serves as a warm feeling in an otherwise desolate world.

Each character also has their unique special ability, which adds another twist on the narrative. Rindo can turn back time to figure out certain clues, Fret can piece together broken memories, Nagi can “dive” into another person’s mind. Though most of these mechanics lead to more battle encounters or revisiting previously completed areas, they nonetheless serve as an immersion for the characters playing the Reaper’s Game. As you progress through, the more personalities you meet, each with their own wit and charm. 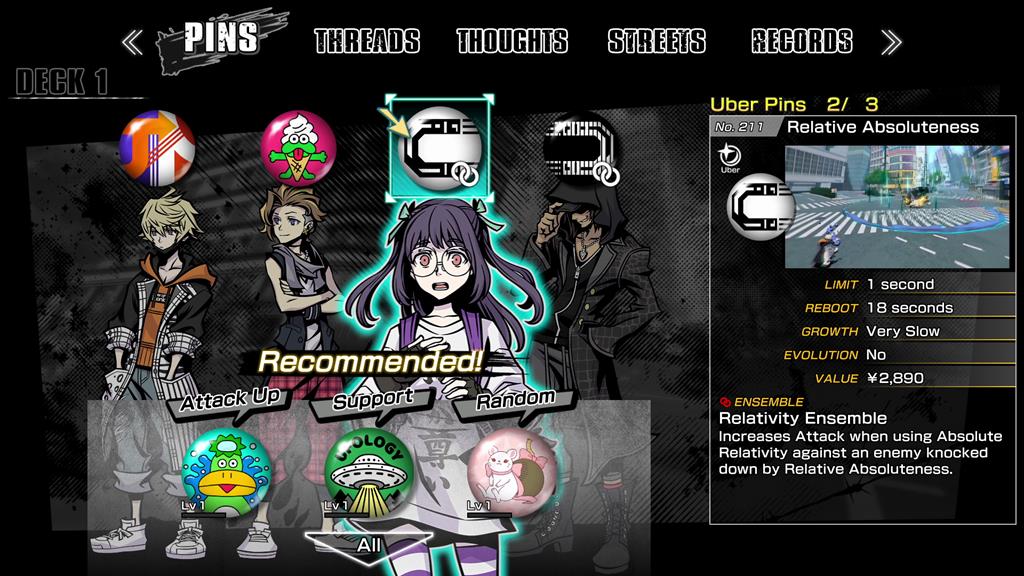 There’s without a doubt that NEO: The World Ends with You is dripping in style, with its vibrant and colorful depiction of Tokyo, its infectious incorporation of vibey music, and addictive fast-paced take on combat. There are parts of the game where the story drags on, especially during the visual novel sections, but that just adds to the charm as the game is not meant to be rushed. NEO: The World Ends with You is both a love letter to returning fans of the first game and an enticing invitation for newcomers alike. It was well worth the 14 years it took for Square Enix to create the worthy sequel the fans were hoping for.

NEO: The World Ends with You is an absolute blast to play, allowing me to relive a part of my childhood, with its head-bopping soundtrack, flashy and vibrant combat, and an excellent narrative that ties in with remnants of the first game.