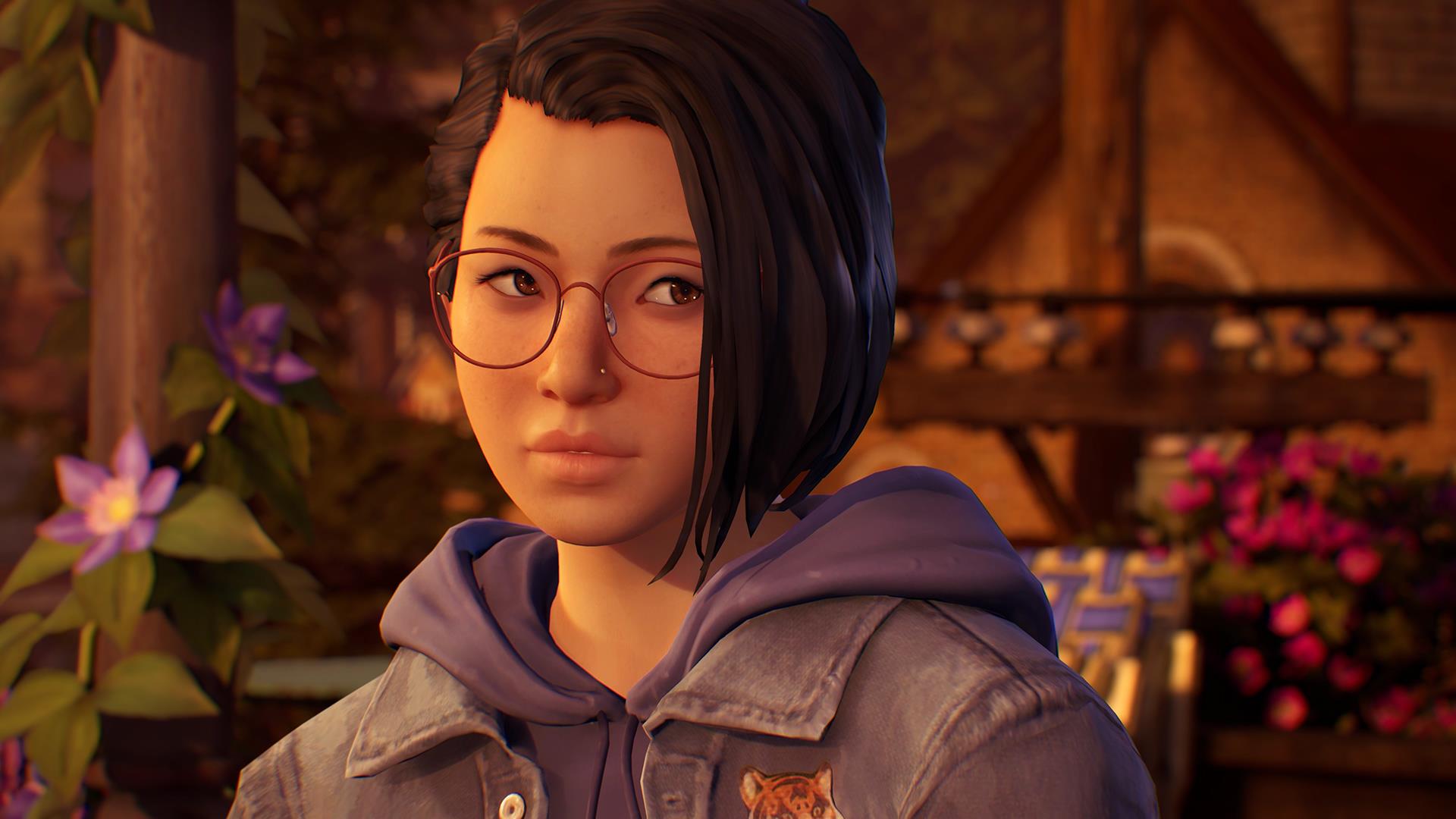 It is difficult to put my finger on what is holding me back from admitting fully to my love for Life Is Strange: True Colors. I thoroughly enjoyed my time with True Colors, binging through its five satisfying episodes over the course of a weekend, compelled to see the story through to its ending. But something about it is still holding me at arm’s length.

Maybe I’m waffling because the ending of the intricate story felt somewhat predictable and pat to me; I kept waiting for a big twist that didn’t come, and some folks that I felt should be punished seemed to walk away free. Maybe I was slightly put off by the fact that all of the characters are just a smidge too likable and attractive. Perhaps I felt that life in the small Colorado town of Haven Springs is slightly too idyllic, leaving me rolling my eyes while also existentially disappointed that it isn’t a real place that I can go visit. This is the sort of place where, during a snowstorm, no one would stomp into the bar swearing and cursing about the lack of plows. They would instead rush outside and make snow angels with halos made of flowers. 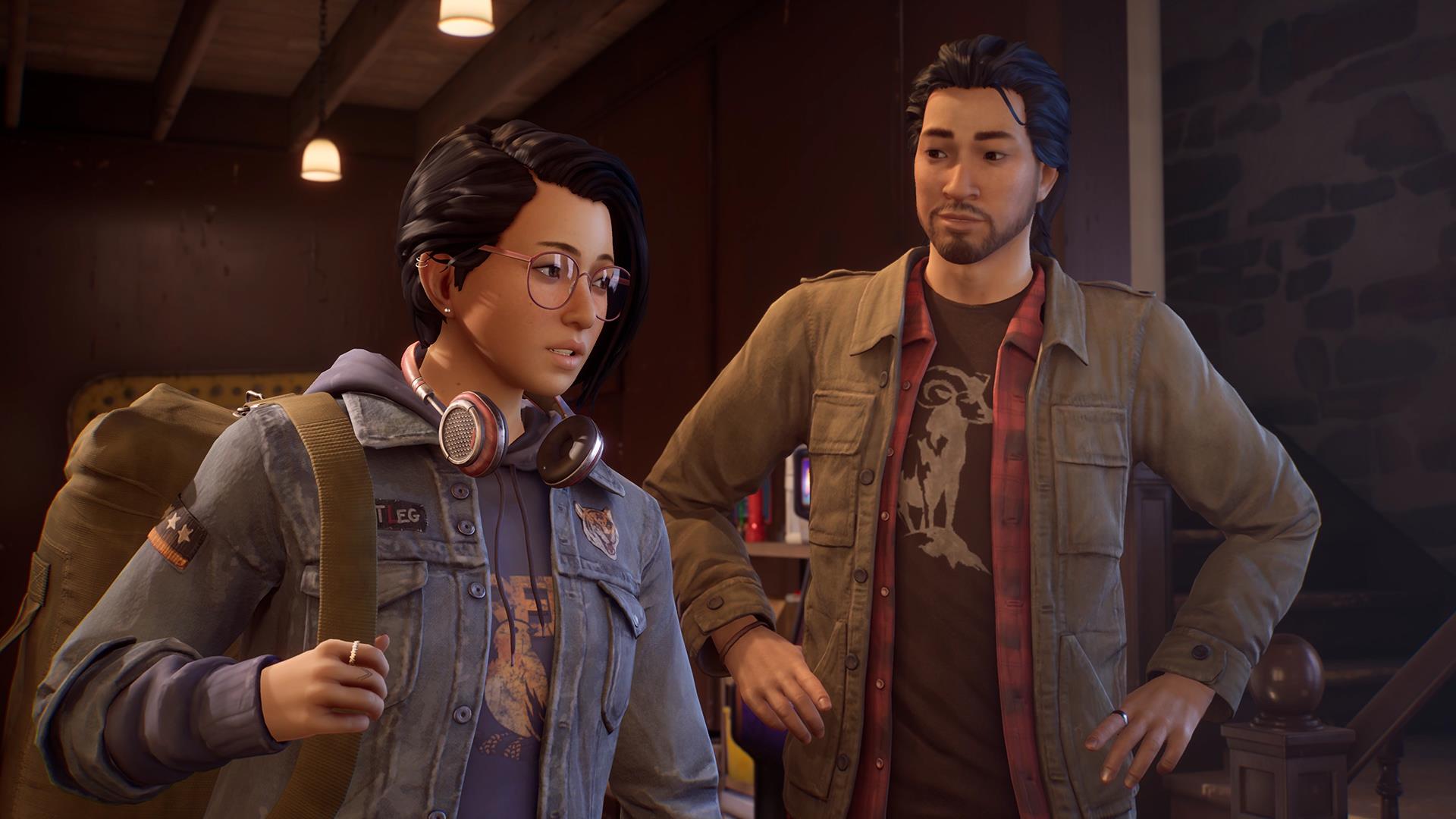 Despite the serious themes at play in Life Is Strange: True Colors, the game never seems to move past its loving representation of small-town life, with its characters nestled in a cocoon of loving neighbors and caring friends. Even when dirty truths come to light, dark secrets are revealed, and inevitable conflicts bubble to the surface, True Colors is still unwilling to paint Haven Springs as anything other than a really, really cool place to live.

It all feels a little Stepford-ish, leaving me wondering what demons were hiding behind the façade. And while that may be the point for the majority of the play time, nothing at the end of the game indicates that most of the characters will do anything other than go on working in the coolest little shops, drinking the coolest beers in the coolest town with the coolest people, looking out at an amazing view. My midwestern sensibilities just balk at the whole thing. The town in this game smells like patchouli, and I waver between rejecting it outright and wanting to go spend Christmas there. 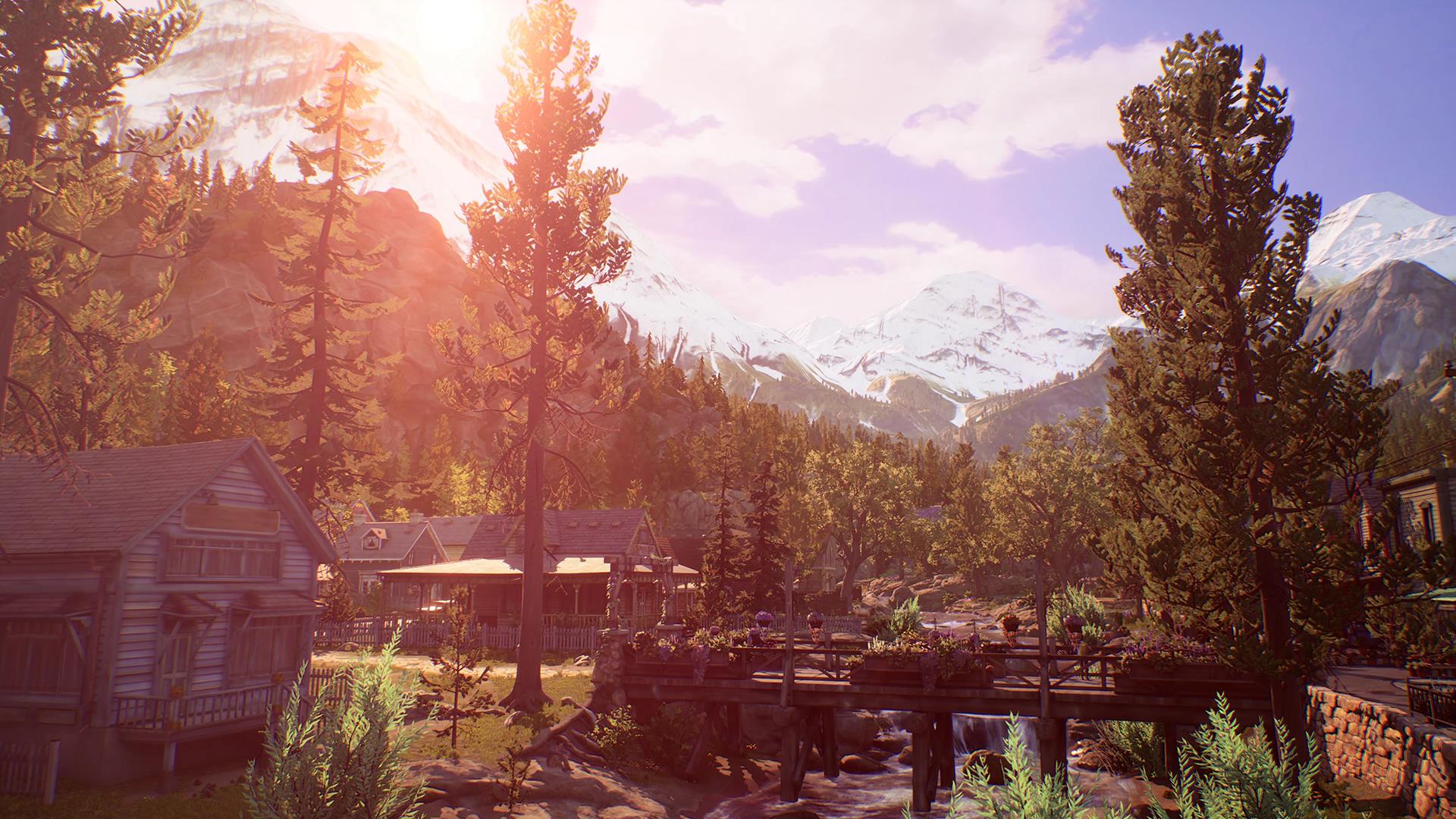 My acknowledgement of my Ohioan cynicism doesn’t mean that I didn’t enjoy Life Is Strange: True Colors on a lot of levels. Despite my outward rejection of the CW-friendly cast (whom I secretly want to be friends with – who wouldn’t?), I had a grand time wandering around Haven Springs, chatting with the folks on the street and helping the friendly strangers I encountered with their various issues.

Alex, the main character, arrives in Haven Springs to come spend time with her long-lost brother Gabe. The two had been separated years before in the foster care system, when Gabe got in trouble and was sent away. Now a responsible adult, Gabe has located Alex after a long search and brought her to live with him in Haven Springs – a town seemingly made to host lovely moments of musical reverie – among a group of close friends that are remarkably equipped to welcome a troubled stranger into their midst. As someone that has been alone for most of her life, it is interesting to watch Alex stand there blinking in the sudden sunlight of community. 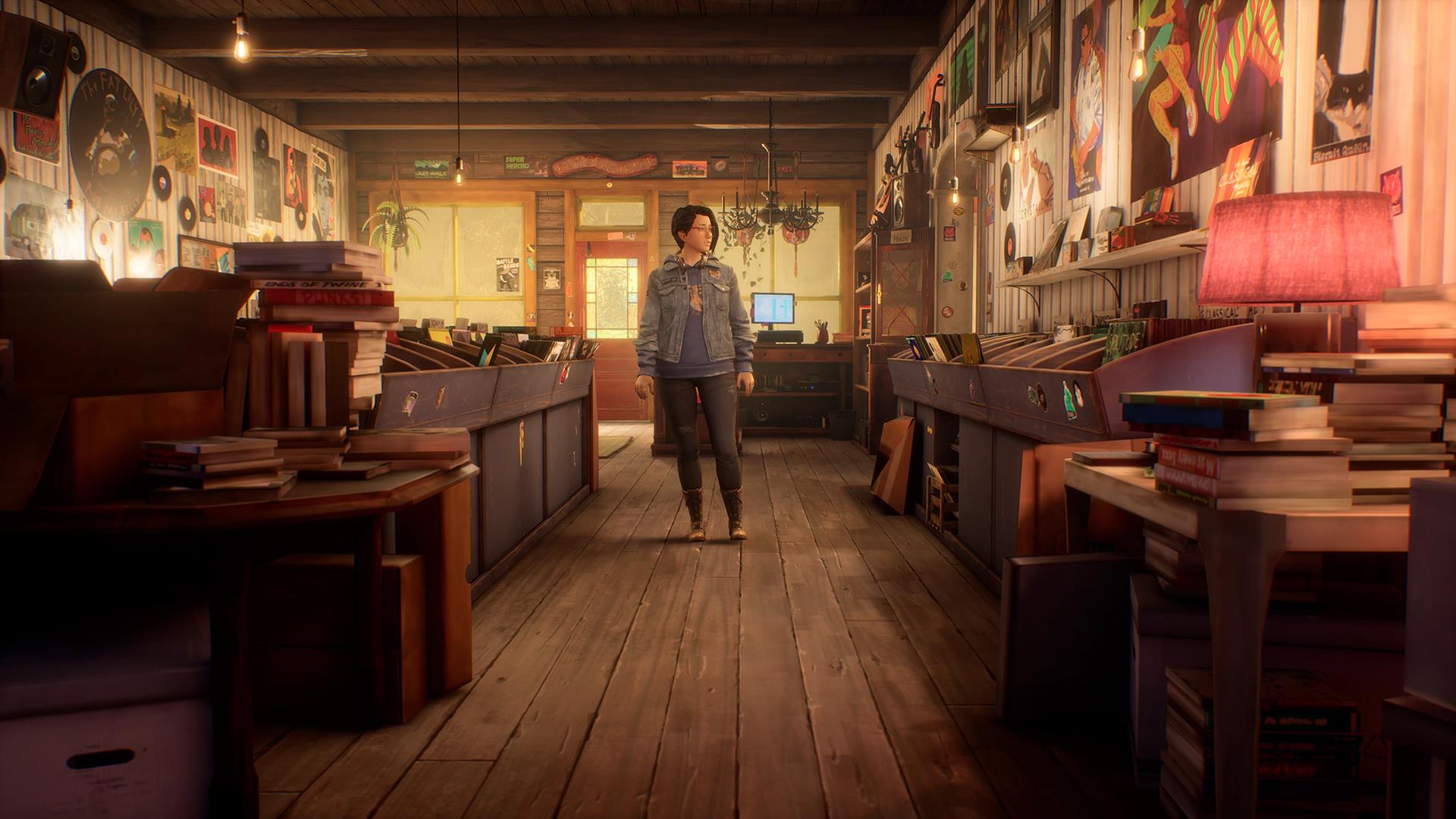 But Alex brings with her an unusual secret. Though she is loath to say that she has super powers, she does have a sort of enhanced empathy, allowing her to see auras around other people that indicate what emotions they are experiencing. And if those feelings are too strong, they overflow into Alex, causing her to feel other people’s sadness, fright, and rage in an overwhelming rush. Alex’s ability manifests itself almost immediately after her arrival in Haven Springs, causing some tension between her and Gabe.

But before long, tragedy strikes in Haven Springs, and Alex is thrust into a mystery that has her digging into the town’s past with some new friends. Who is really running the town of Haven Springs, and what elusive secrets is that mysterious power trying to hide? And who is Alex going to give a rose to during the Spring Festival? Very important, that part. 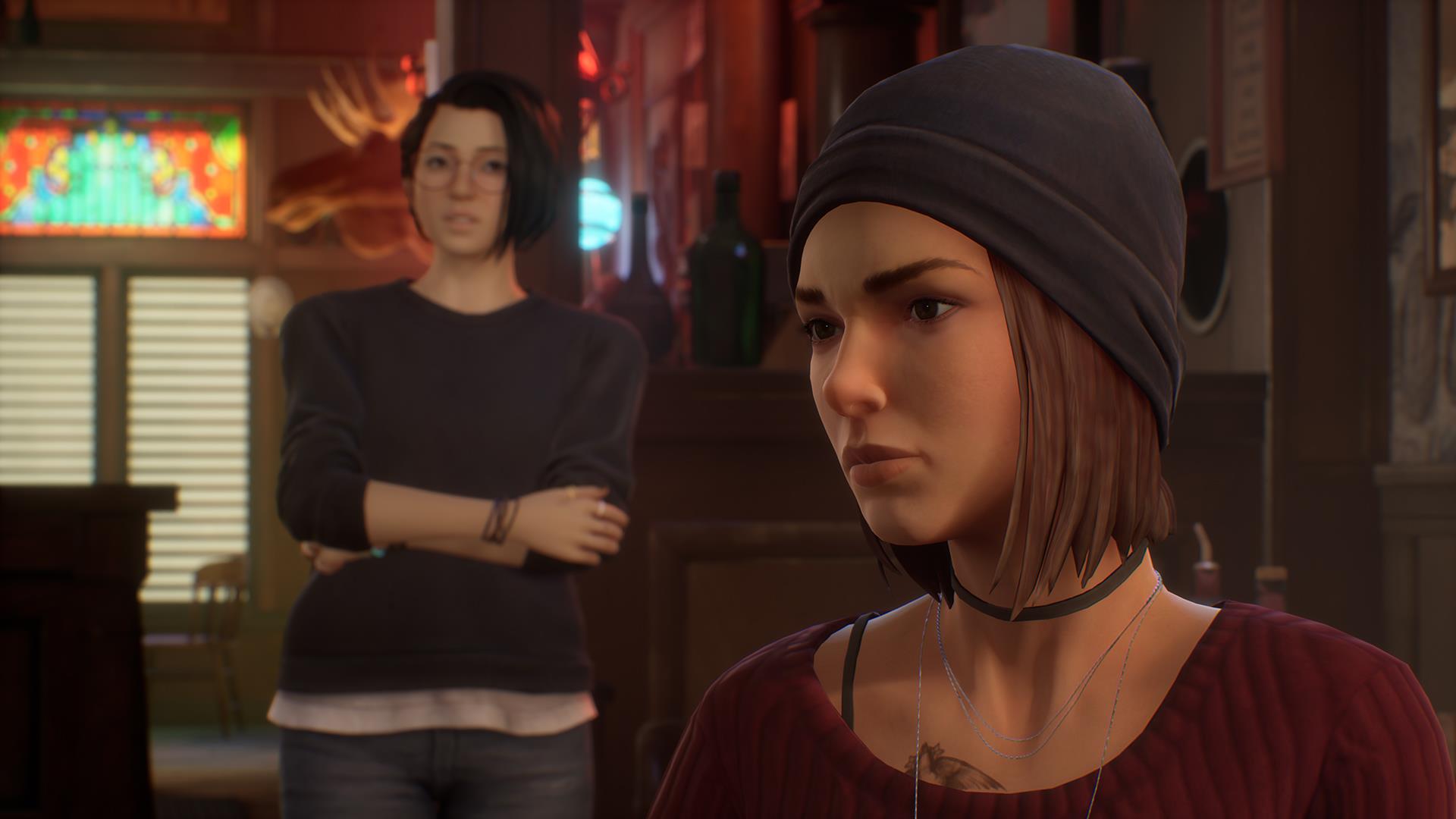 I’m being vague about the story, not only because I’m trying to avoid spoilers, but rather because I’m not sure how much of what I saw will carry over into other players’ games. The choices in Life Is Strange: True Colors come fast and furious, and I am looking forward to jumping back into the game to see how different I can make it. I’m certain the primary story beats will be the same for all players, but there are plenty of side roads to navigate.

Life Is Strange: True colors is broken into five chapters, which gives the game a very episodic feel that should be familiar to series fans. Each act has its own distinct flavor, including the third act, which has some of my favorite moments not just in this game, but of the year. While some players might have enough self-control to wait for a while between chapters so they can process what has happened, I was utterly unwilling to stop until I saw things through. But it wasn’t only the central mystery that pushed me forward. I was also very invested in some of the side stories, and my own burgeoning relationship with Steph the record store DJ. (Yes, I chose Steph, and anyone that doesn’t choose her has no soul). 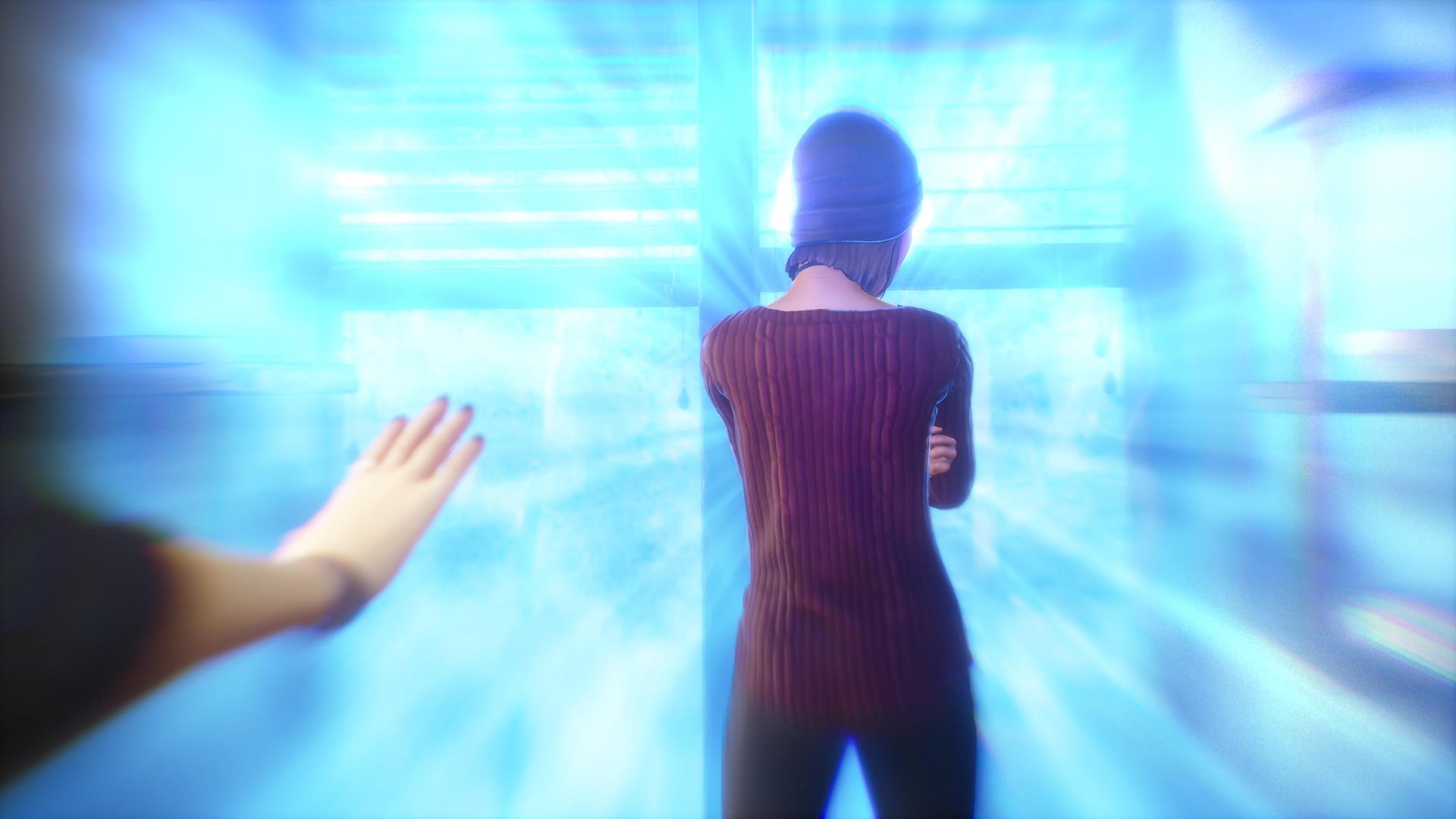 I’m a little scared to play again and change Alex’s behaviors, frankly. The thing is, I really like my Alex. While some of the other characters sometimes bordered on caricature, Alex always felt grounded to me. Like a friend I have known all my life, but was meeting for the first time. I enjoyed her so much that I looked up the actor portraying Alex, and found that True Colors is Erika Mori’s first IMDB credit. I’m guessing she has a ton of theater experience, because Alex feels very much like a living, breathing human being, regardless of the dialogue choices the player makes. She is a deeply appealing main character, and I enjoyed walking in her shoes. Plus, she can sing really well – including one impromptu song that gave me overwhelming chills when I realized what she was singing. Some of the emotional beats in True Colors hit very hard indeed.

And I suppose that is what bothered me a bit about Life Is Strange: True Colors. Individual moments in the game landed emotionally like a brick to the face, but due to the structure of the ending, I didn’t receive a huge payoff. I was looking for a “the Goonies look out and see the pirate ship sailing away and I have huge chills” moment, and instead I got something that very much felt like real life. Of course, there’s an argument to be made that this was what the game was really attempting to deliver. And of course, it didn't have to be that way. I could have opted to stay in the dream. 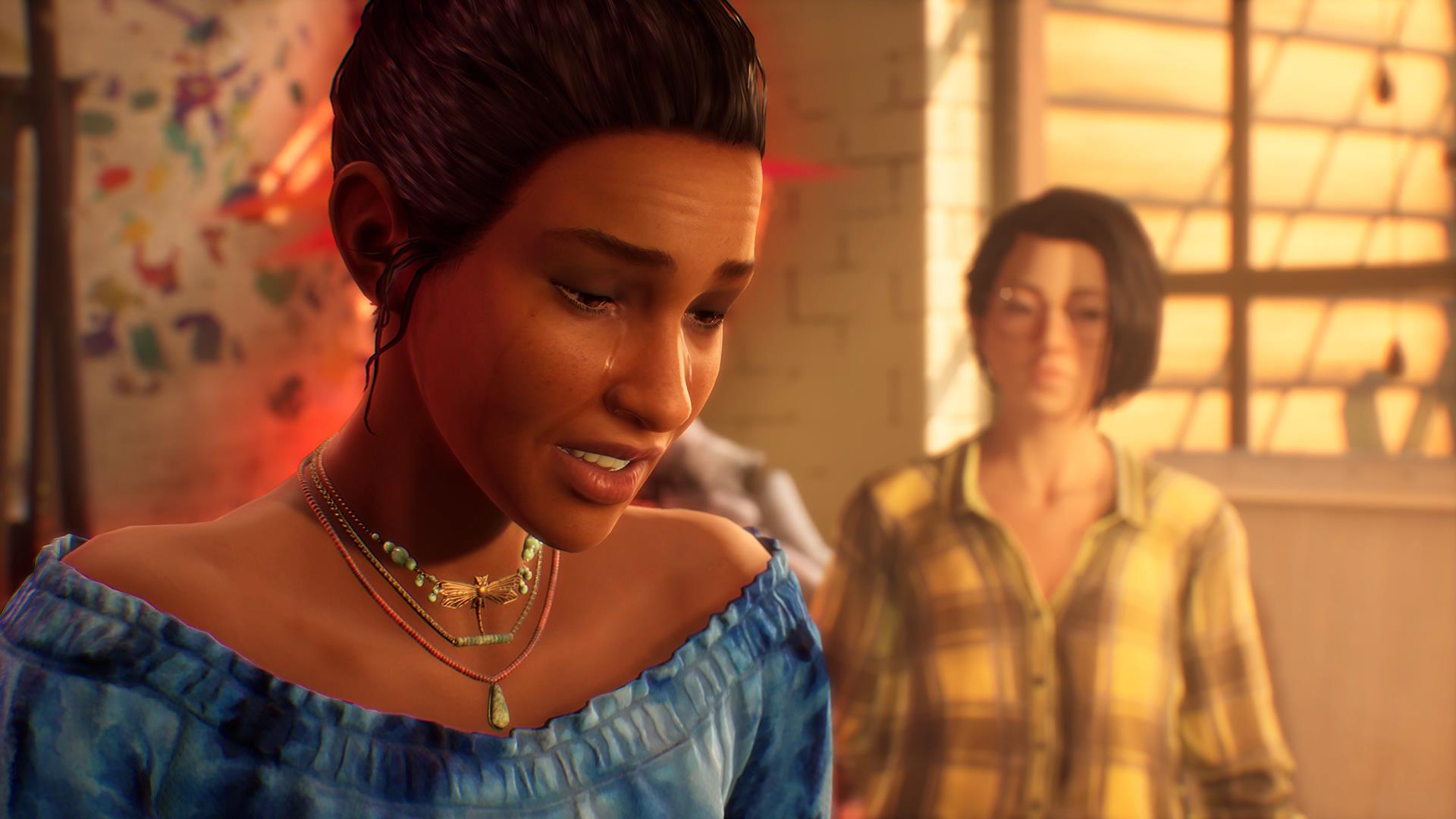 At the end of the game, I had burned some bridges with a few folks that I didn’t want to stay burned. I wanted to apologize, and come to some sort of resolution, but the opportunity never arose. Despite my sometime rejection of them for being too perfect, I was hurt when some of my new friends refused to back me up at a critical moment. What had I ever done to these jerks but try to help them, and this is the thanks I get?

Just the fact that I’m all up in my feelings about Life Is Strange: True Colors, trying to decipher and process my emotions, should say a lot about how immersive the game is. Every complaint I make about the game is couched in another statement in parenthesis about how much I secretly loved it. Life Is Strange might feel like a heightened, idealized life, but it still sometimes feels like life.

A few times in my own life when I was young, I experienced unsustainable periods where things just seem to click, the right people just seemed to be there when I needed them, and everything felt perfect. The music was great, the sun was shining, and everyone laughed at every joke that was made. Those times were fleeting, and then real life crashed back down onto me again. The vacation ended, the summer faded, and everyone went back home. Perhaps that’s what makes me both bitter about and yearn for the world in Life Is Strange: True Colors. Life isn’t really like that, but very rarely, it can be for a time. And the fact that we witness that time come and go for Alex is bitter, and bittersweet.

Life Is Strange: True Colors is a fantastic slice of life from an idealized alternate universe. Alex is an excellent protagonist, and her adventures with her attractive, funny friends in their beautiful town is a great way to spend about 12 hours. Beautiful, touching, temporary, artificial, charming, enchanting, and strange, True Colors will touch your soul like the three-minute indie pop songs it loves so much. The taste of ashes in your mouth at the end is purely optional.