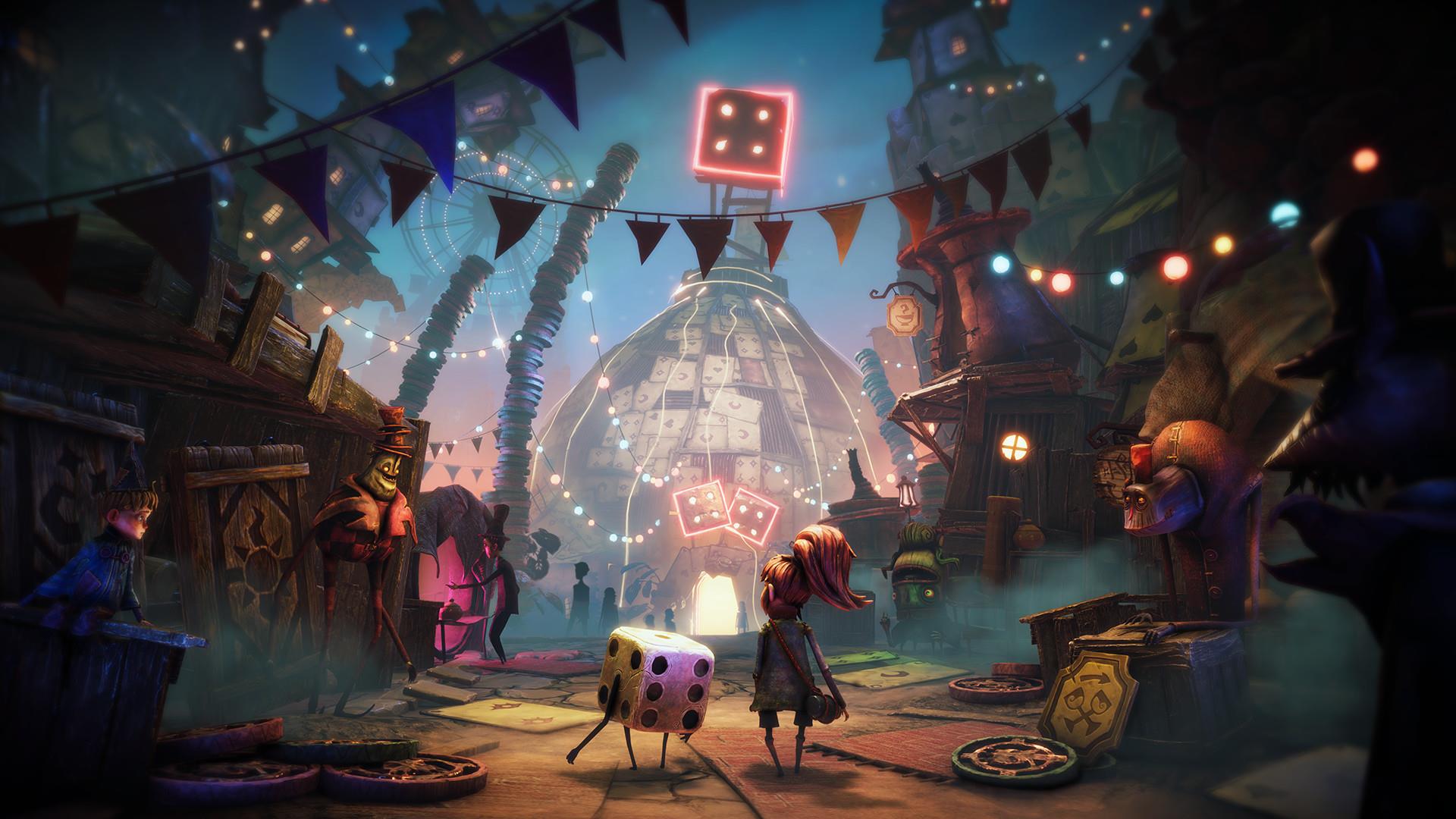 EA Originals have established quite a record of quality releases in the last couple of years. By finding some of the best indie games and publishing them under the EA Originals banner, EA has been able to elevate games into the mainstream that otherwise might have struggled to find an audience. Most recently, Knockout City took the world by storm, but EA Originals also published It Takes Two (possibly the best game of 2021), Sea of Solitude, Fe, and both games in the Unravel franchise. Unique, polished, and fun, EA Originals games almost always merit attention, even if they are outside of the genres you usually engage with.

Which leads us to Lost in Random, the newest title from EA Originals. Developed by Zoink, Lost in Random is scheduled to release on September 10, 2021. Lost in Random takes place in a gothic fairy-tale world where every citizen's life and decisions are decided by the roll of a die. The world is divided into six distinct realms, each with its own cast of characters and challenges. The player takes on the role of Even - a young woman on a quest to save her beloved sister. Joined by Dicey - a small living die, Even must traverse all six worlds in an attempt to help the inhabitants of the six realms, save her sister, and uncover the truth behind her disappearance.

Our resident streamer Joseph Moorer (Games N Moorer) had a chance to take an early look at the game. While we asked him to put together a brief gameplay video about the game, Joseph delivered more than three hours of preview gameplay, giving viewers a very comprehensive look at what Lost in Random has to offer, including Lost in Random's unique dice-based battle system. Joseph runs through the story at the beginning of the preview, and sets the tone for the game. Then he jumps right in, rolling right through the opening hours of Lost in Random.

When I texted Joseph after he recorded the above video to ask how the game was, he responded, "Oh, I loved it. Honestly. Toward the end of the video my dialogue slows down, because I was absolutely immersed."

Lost in Random releases on September 10 for Nintendo Switch, PlayStation 4, PlayStation 5, Xbox One, Xbox Series X|S and PC via Origin and Steam.