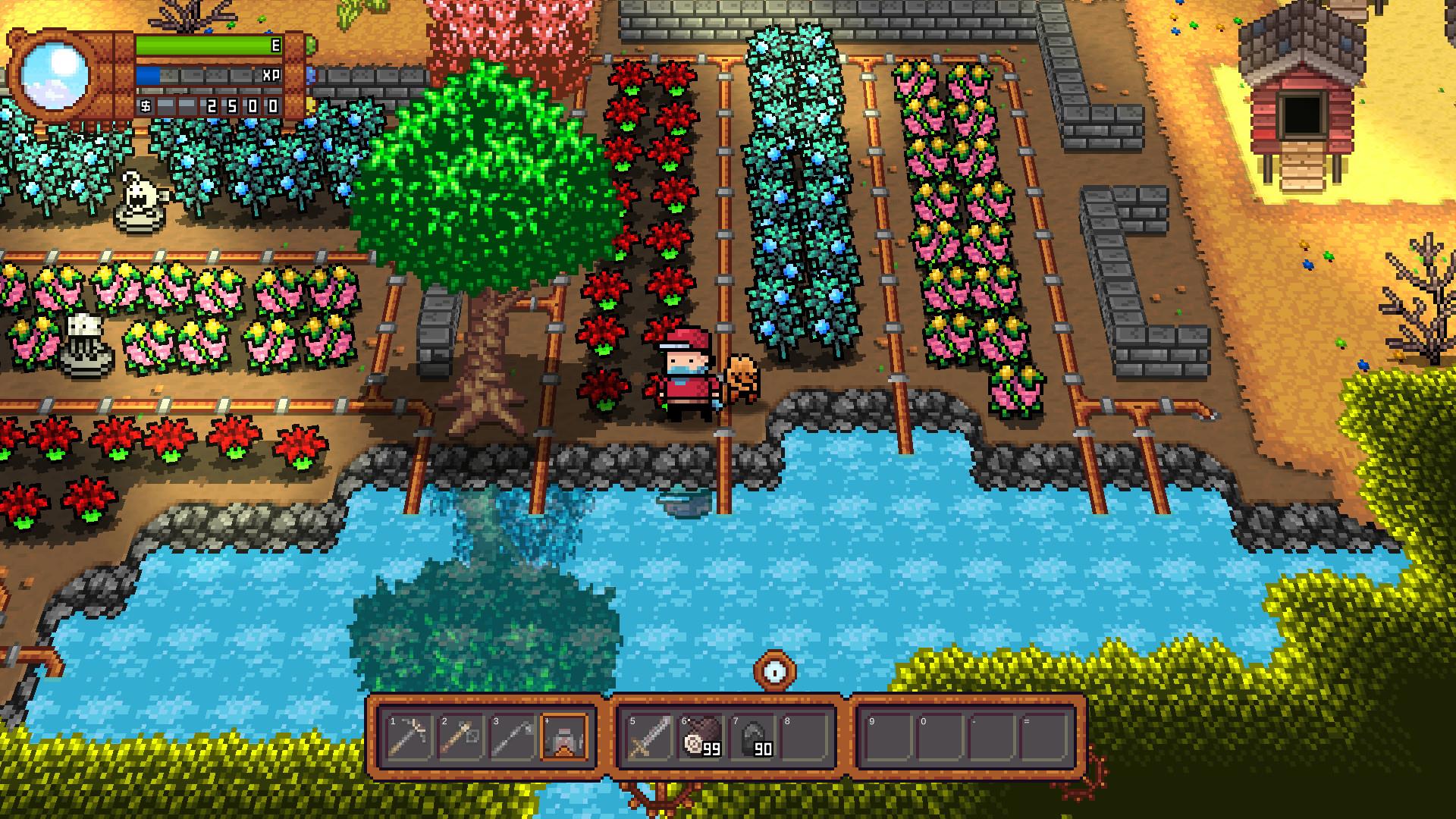 Written by Elliot Hilderbrand on 9/10/2021 for SWI
More On: Monster Harvest

Your crazy, eccentric, but brilliant uncle Professor Spark (who happens to resemble a guy who drives a Delorian a bit too closely) has discovered how to use slime to turn plants into animals, or Planimals, if you will. Because of his discovery a town pops up around him overnight and now he doesn’t have time to run his farm because he needs to be crazy, eccentric, but brilliant. He decided to invite you to come and take care of his farm, so he can continue his work on better understanding the slimes.

Monster Harvest is three game types in one. Firstly you have the farm simulator. Clear the farm, plant, build a barn, raise animals, sell your produce throughout the seasons, rinse and repeat. Secondly you have a roguelike monster fighter. Once evening hits, take the Planimals you’ve grown during the day and crawl through a procedurally generated dungeon as you mine, fight, and attempt to discover why SlimCo is so interested in slimes and Planimals. Thirdly it's is a monster battler. Monster Harvest combines a handful of genres to create its own spin on all of them. 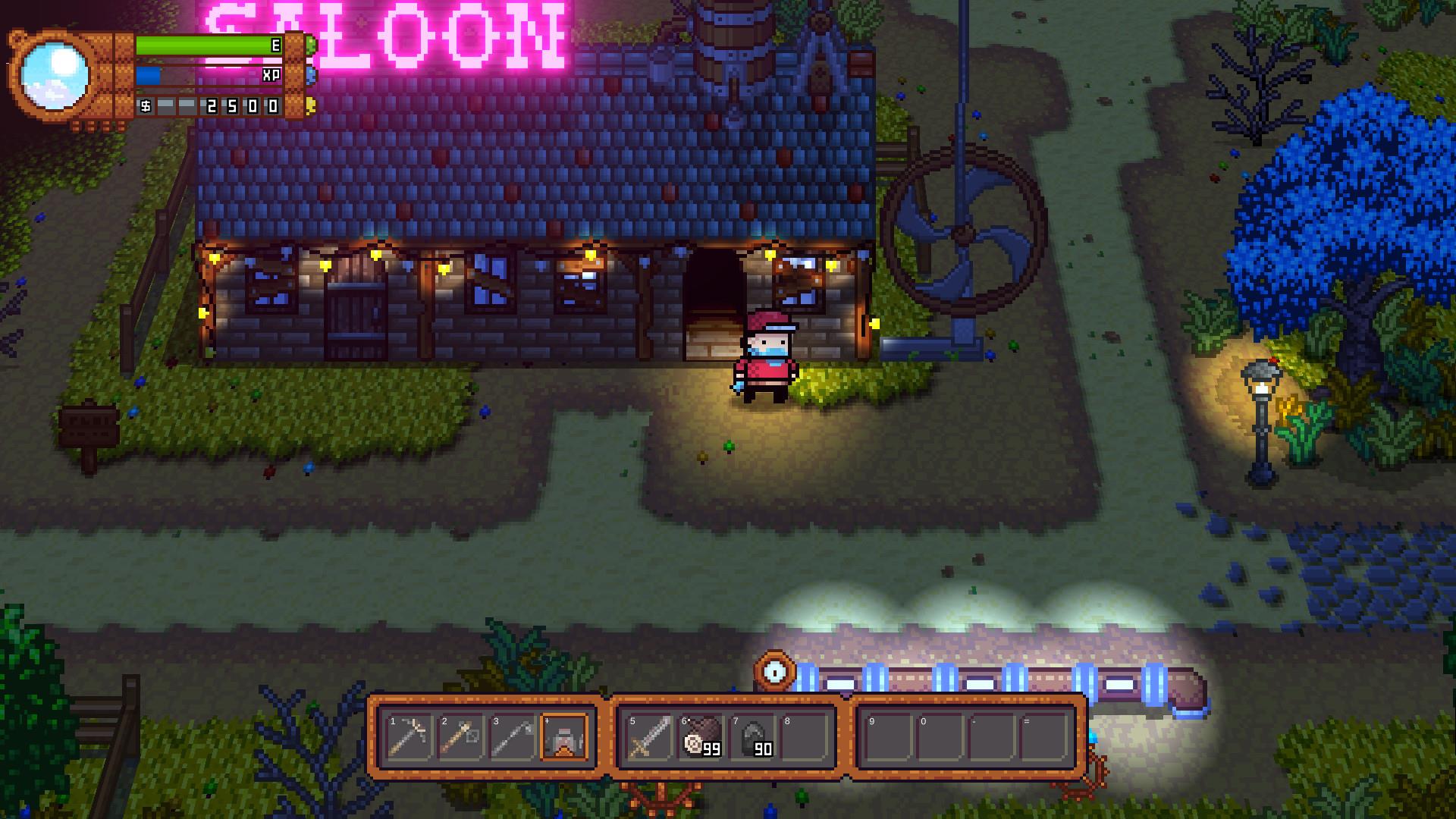 Taking three big genres—farming sim, monster collection/fighter, and roguelike—might be too much for one game to handle. And it is. They are able to take the highlights of the three and create something unique, but all three fall short of the goal. I felt like I was playing three different games, without enough cohesive slime to put them all together. The farming sim is probably the biggest part of the three.

Your entire day is spent working your farm, clearing brush, planting, watering, feeding your livestock. You can eventually work up to things like irrigation which make the daily chores much easier. Since there is no time limit for the day, no in-game clock to worry about, you’re only limited by your stamina, and even then you can make or buy food to increase your stamina. Because I have no game clock to worry about, the day coming to a close made it feel like I needed to do literally every possible thing I could before going to bed. Which can take up time. Eventually I was doing so much during the day that I had more money than I knew what to do with by the end of my second season. I eventually stopped farming for crops, and only farmed to make Planimals. 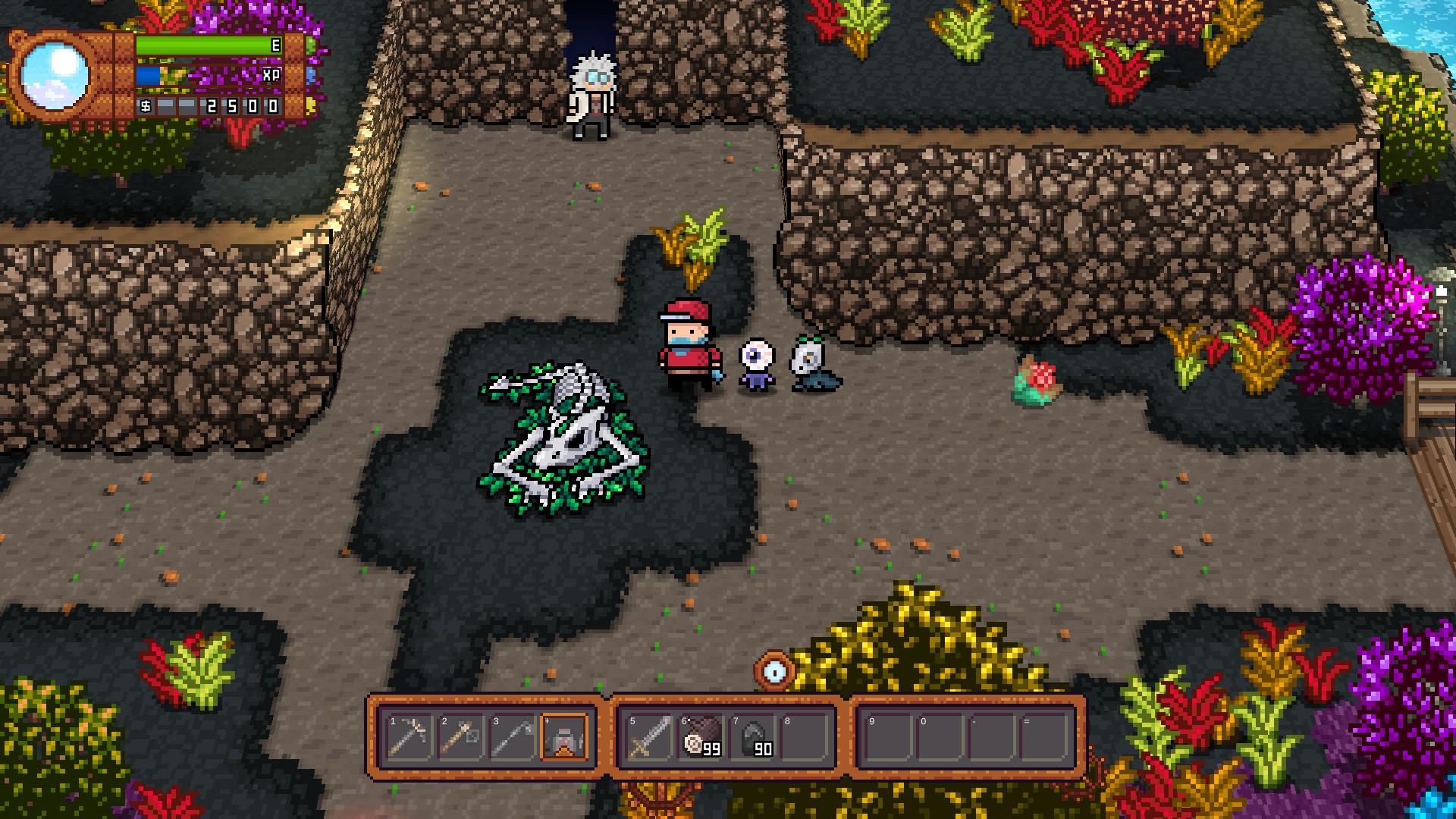 Slime plays the most important factor, and comes in three different colors. Red slime is what creates Planimals that you take with you when you dungeon crawl. Once you plant a seed you can sprinkle red slime on it. When the plant fully matures you’ll have a Planimal. Blue slime will create a livestock Planimal, something you can ride like a mount to get around the world faster. And finally green slime fully matures a seed the moment you put the slime down, allowing you to grow something instantly.

Slime is necessary to make Planimals, but adds a layer to gameplay that I found frustrating. I would have to waste seeds that I could make money on in order to make Planimals. Another issue was making too many Planimals at once, as my barn could only hold so many. But because once Planimals die they’re permanently dead, I needed to keep making them. It became a balancing act that I was not very good at. I’m not sure what a better solution would be. But it doesn’t feel like it works. 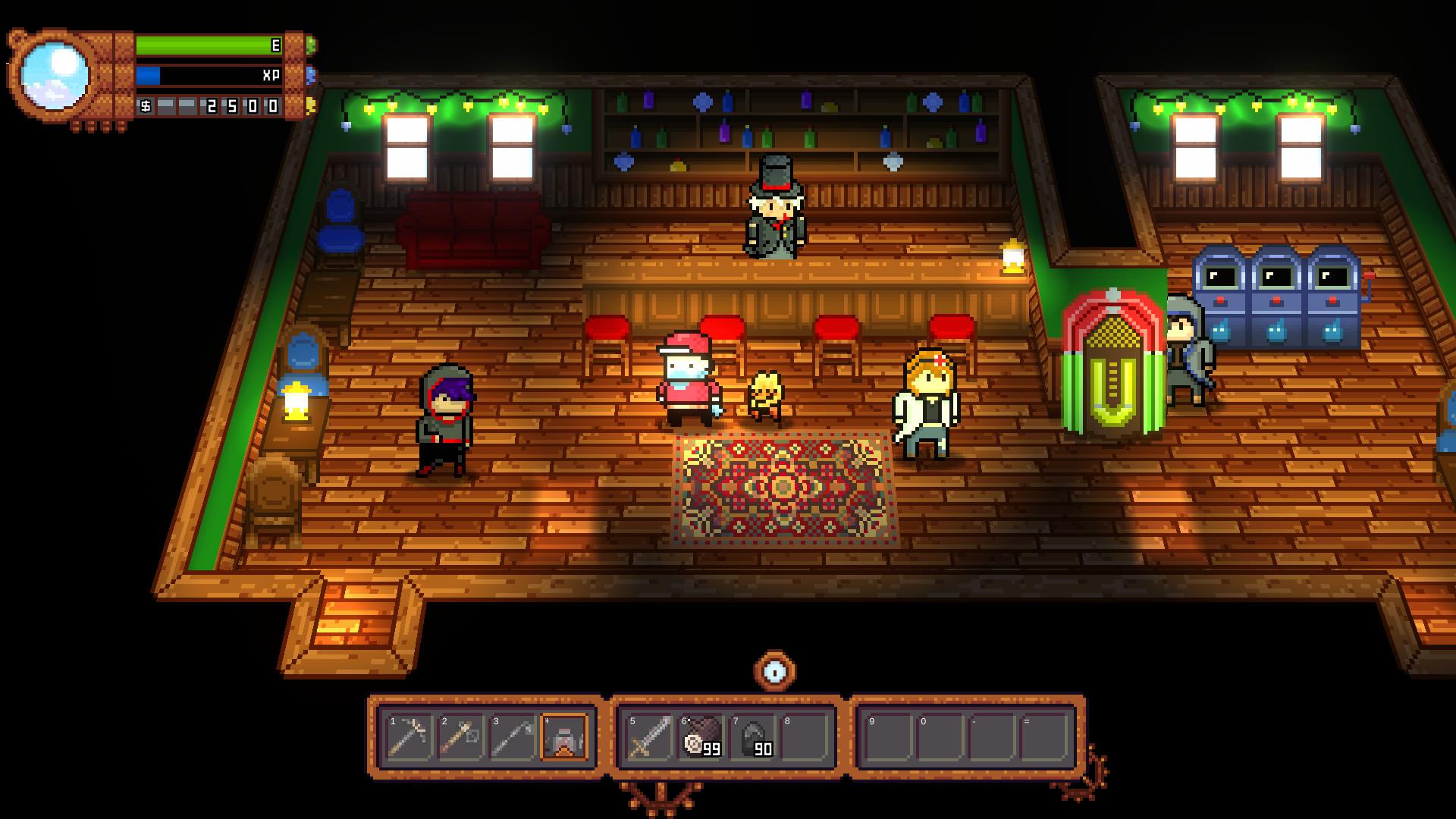 Once you’ve had your fill of working the farm you can go back to your house and take a nap until the evening. When you wake up it's time to go exploring. Grab your Planimals and make the long hike to the other side of the world to go explore the slime cave. Here is where the roguelike and monster battler gameplay comes into focus. The roguelike dungeon crawl is very straightforward: work your way down, engage in a small boss fight on each level, and when you’ve had your fill or your Planimals die, you’re done for the night.

I found exploring fun, but a little boring. Once I had gathered enough materials from the dungeon there wasn’t much keeping me coming back night after night. The monster battling also felt a little forced. Battles aren’t random. When you reach a new room in the dungeon an enemy Planimal might see you and run towards you, starting a fight. A Planimal starts out only knowing one move, and as you level them up they unlock more moves, up to three in total. Early on fights feel very boring. My Planimal only knows one move, so I just kept spamming it. There is also no capturing of the random Planimals you encounter, so every fight is to the death. Overall the roguelike elements aren’t super heavy, and the monster battle portions are...just there. Not bad. Once you’re a high enough level they can become a fun part, but it takes time. 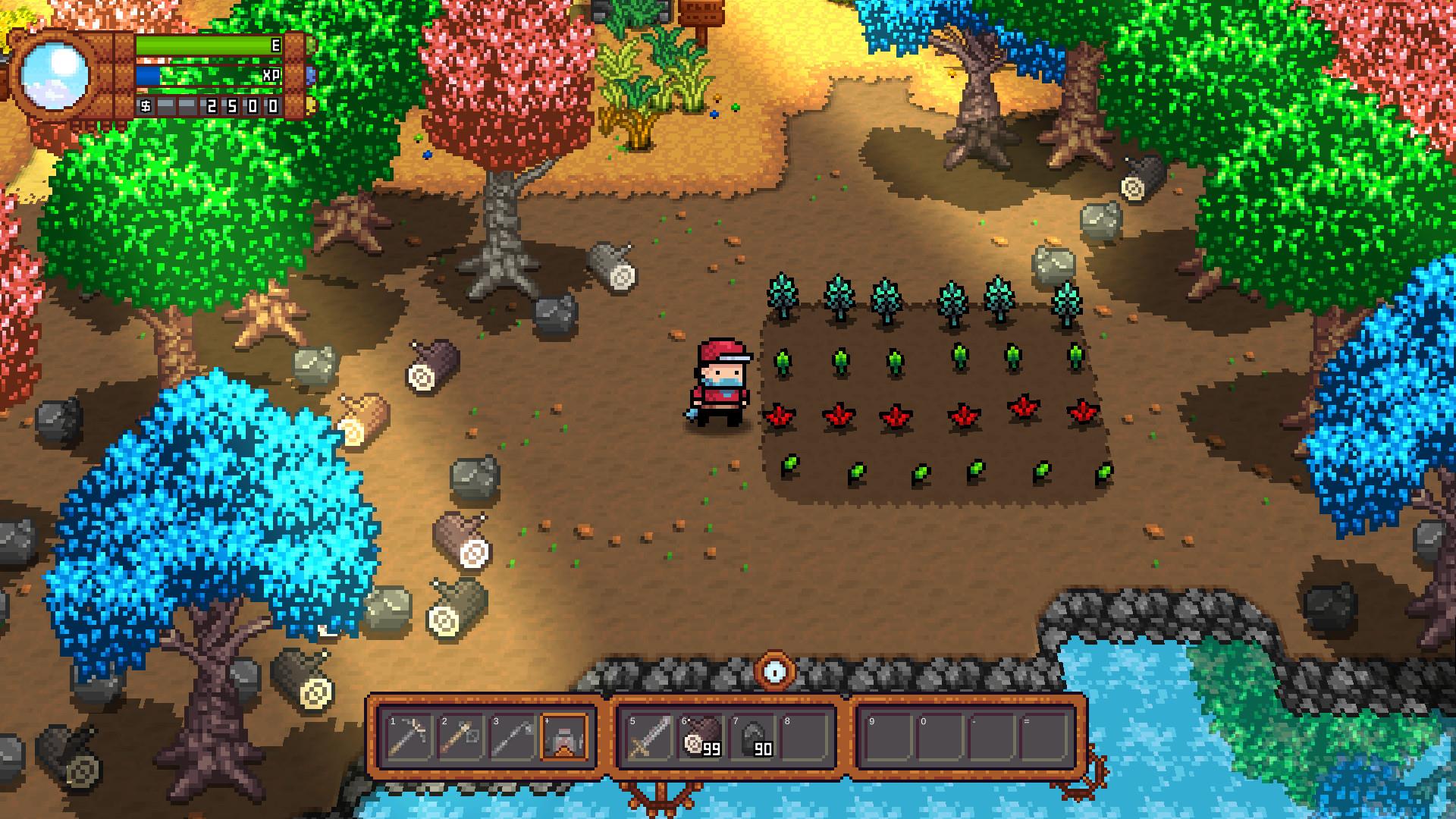 Death is another factor that makes Monster Harvest a bit unique. There is no knocking out or fainting other Planimas. You fight or you die. Once your Planimals bite the bullet you receive their essence that you can then plant back into the soil, making the starting level of your next Planimals a little better every time. I found the strategy to try and get as far into a dungeon as I possibly could, every time, because it helped advance my Planimals quickly. I like the idea of permadeath for your Planimals, only because getting more replaceable ones wasn’t much of a hassle.

There’s a lot of walking or riding to do in Monster Harvest. Too much. Everything is a long walk from everything else. Having to go all the way up to the cave entrance requires going through three loading screens. Adding a mount to the game was nice, but not enough. Every night you need to go down into the cave to explore, and then when you’re done you have to walk all the way back up. Walking to the store isn’t a quick walk. I didn’t mind it the first week or so of gameplay, but by the second season I was over the constant trips up and down the map. 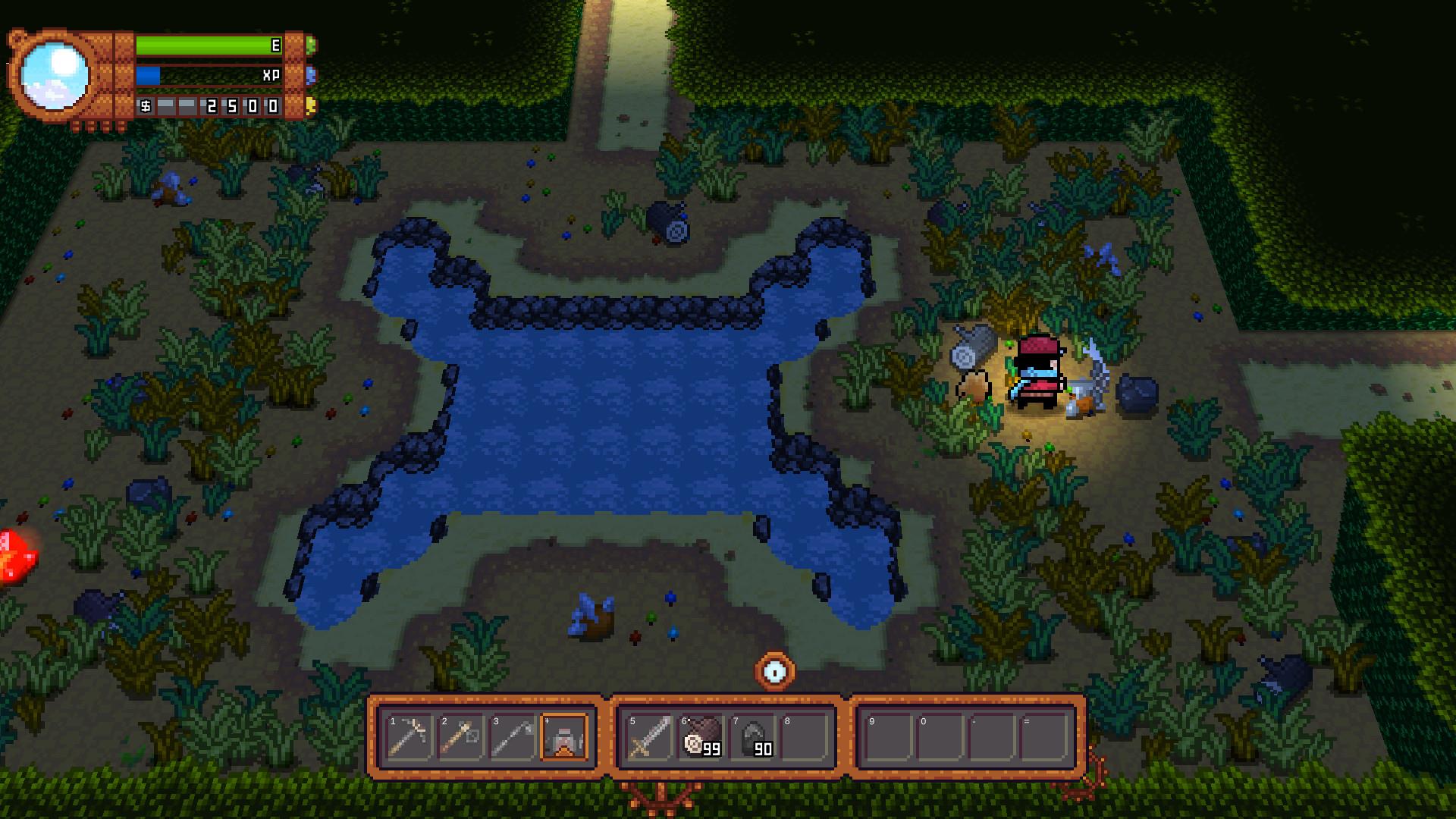 The world of Monster Harvest is big, but not filled with much. The game’s NPCs are all very unique in how they look, but add very little to the experience. Once I talked to each of them a few times I got bored with them. You can gift them items and get items in return, but I didn’t find much use for the mechanic. I didn’t spend the time to try and find the perfect gift for them. The big bad of the game, SlimCo, is up to something, but they don’t really hold my interest. They’re also just there. But I didn’t enjoy talking to anyone because of how tiny the in-game text is. I was playing on the Nintendo Switch, both docked and handheld. Even while playing on a full screen TV I struggled to see what was being said to my character at times.

Stamina is another big issue I have with this game. When your character does just about anything they use stamina to do so. I struggled with the idea that time isn’t a factor. There’s no in-game world clock, but stamina is. If the developer is going to let me play as long as I want, why limit me with stamina? Also, some items don’t use up your stamina at all. Like swinging a sword, which I would think takes a lot of stamina to use. There are ways to refill your stamina, so towards the later part of the game it was an issue I could work around, but still found frustrating, especially because of the day and evening cycles. 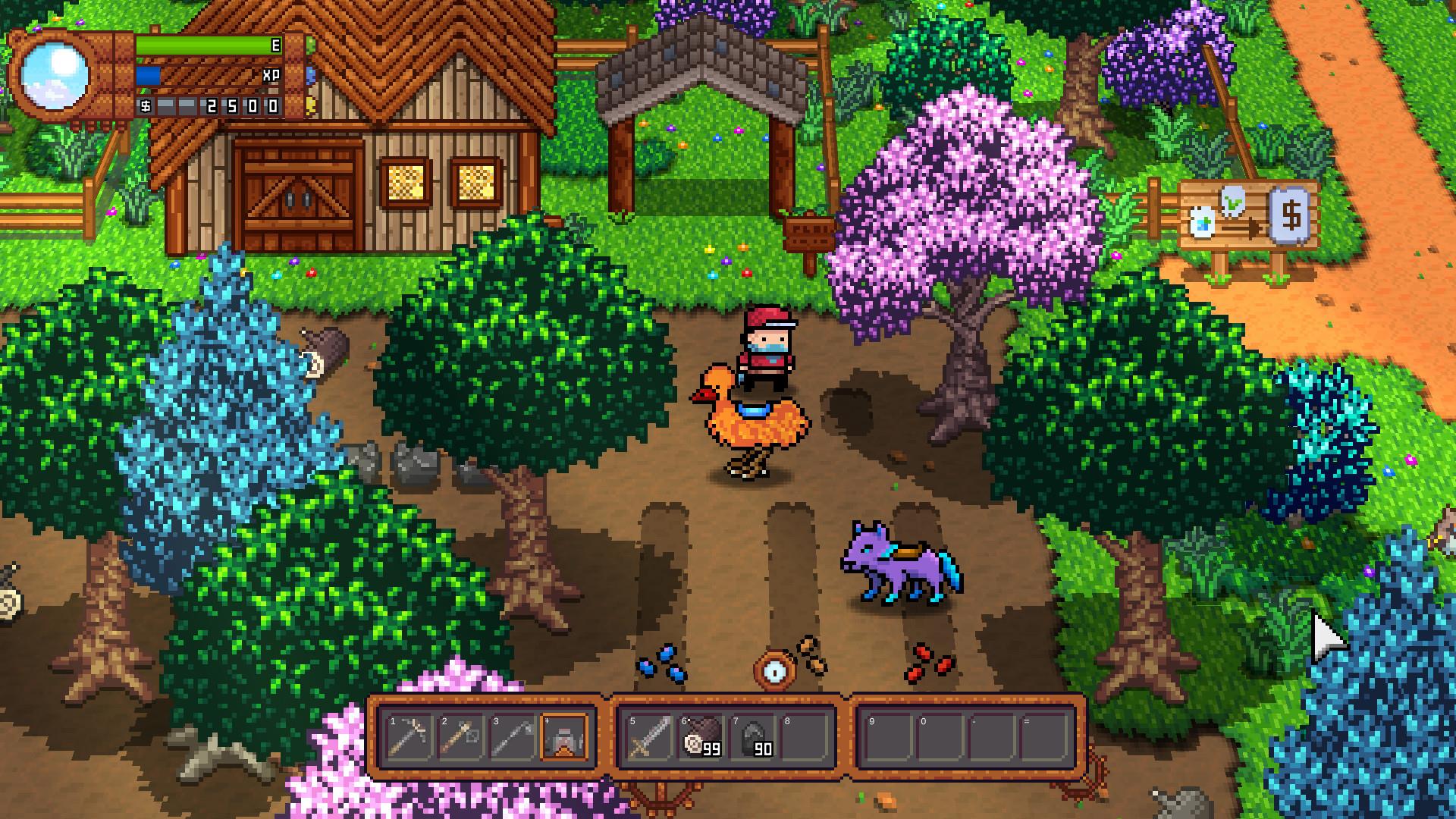 It took me a bit more than one whole season before I had accomplished most of the end-game goals. Defeating the big bad, taking on all the rec center Planimal fighters, growing all the items on Professor Spark’s to-do list—it all happened in relatively short order.

There's plenty of fun to be had in Monster Harvest. The farming portion has received the most love from the developers, and feels like a farming sim with a monster battler super glued onto it. The roguelike elements weren’t enough to get me hooked on exploring deeper, and the monster battles didn’t feel important because death of your monsters is a major gameplay mechanic needed to progress.

Monster Harvest is retro in how it looks, which is great, but also in how it plays, which isn't as great. The gameplay doesn't feel addictive enough for a farming simulator, and the monster battle portion feels tacked on. I had fun with the game, but I never felt drawn into the world.