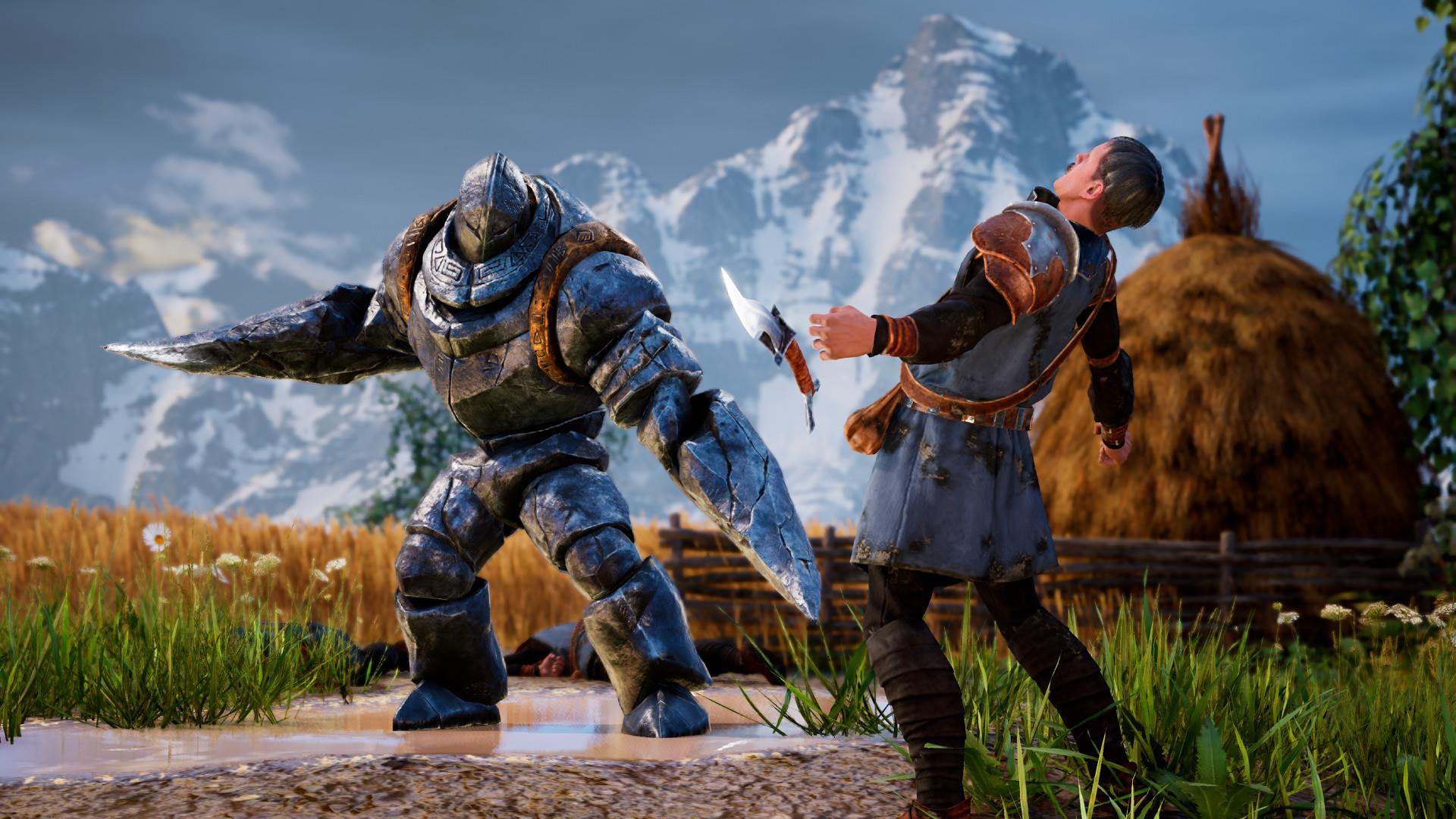 There is no arguing the fact that King’s Bounty II is a slow game. Your character moves at a herky-jerky crawl, even when running. The prologue takes hours to get through, just to reveal that everything you’ve done is kinda pointless in the grand scheme of things. You can literally stop playing in the midst of battles and sit there staring at your screen for hours while your opponents patiently await your next move. This is not a game for those that desire a lot of flash and action. 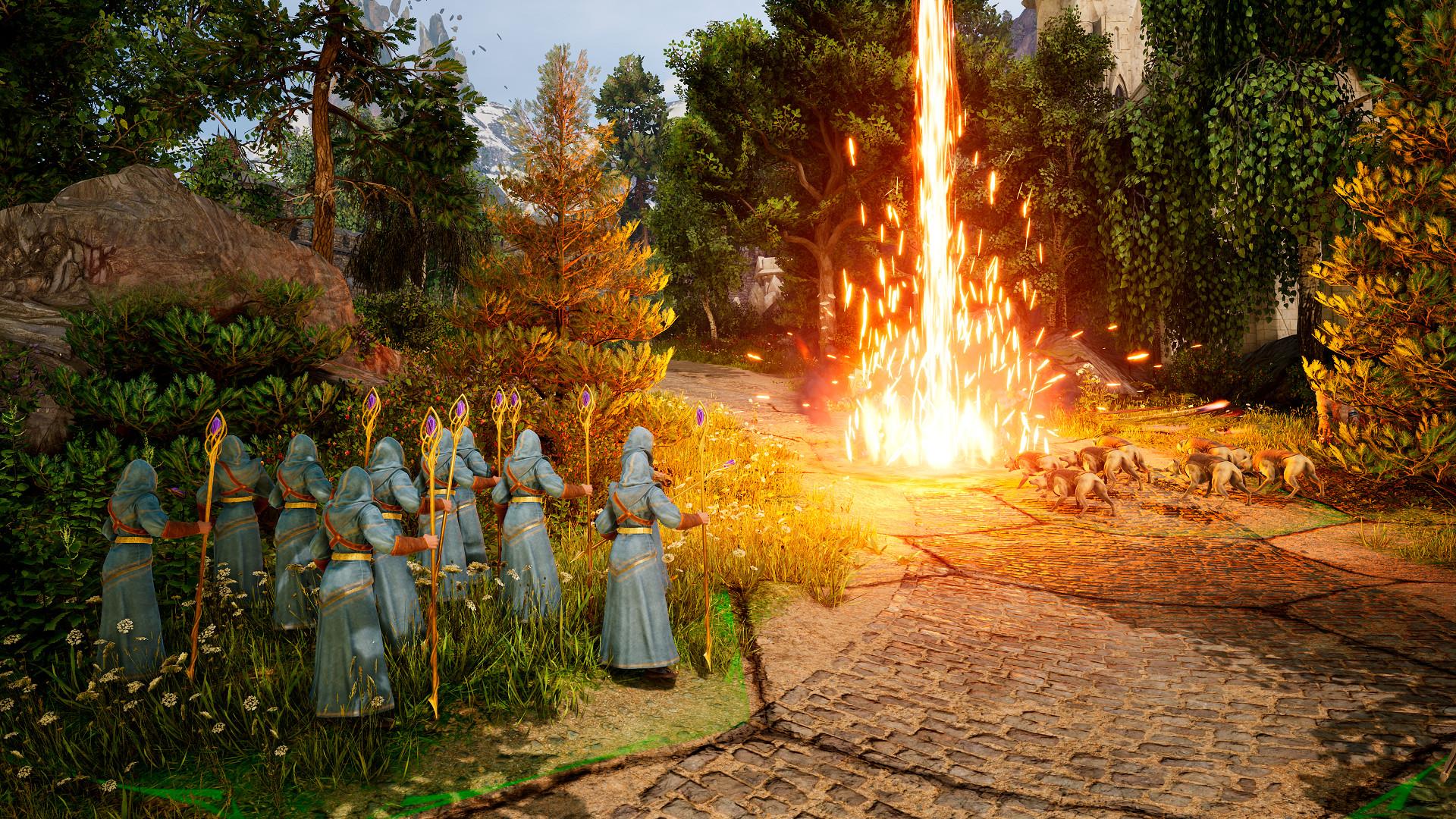 But there is another way to look at King’s Bounty II beyond simply labelling it “slow.” To some players that are willing to get on board with its weird hybrid of open world exploration and hex-based strategy battles, the word “deliberate” might be more apt. This is a game that takes its time teaching the player its mechanics. It wants players to wander around its world, searching in every nook and cranny for treasure. King’s Bounty II has a lot of conversations, and it wants you to listen to them.

When I first started playing King’s Bounty, I was at a bit of a loss. The entire setup is so interesting and unique that it took a few hours to really settle into the game’s flow. The player wanders the over world in third person, following up on side quests, chatting with townspeople, and generally doing all the things one does in an open world RPG. But instead buying cool armor and gear at the local shop, you spend all of your gold on fighting units to silently follow you wherever you go. And rather than pulling out your bow or sword when you encounter enemies, the player character retreats to the sidelines and starts calling the shots as their silent, omnipresent armies flood the field of battle. 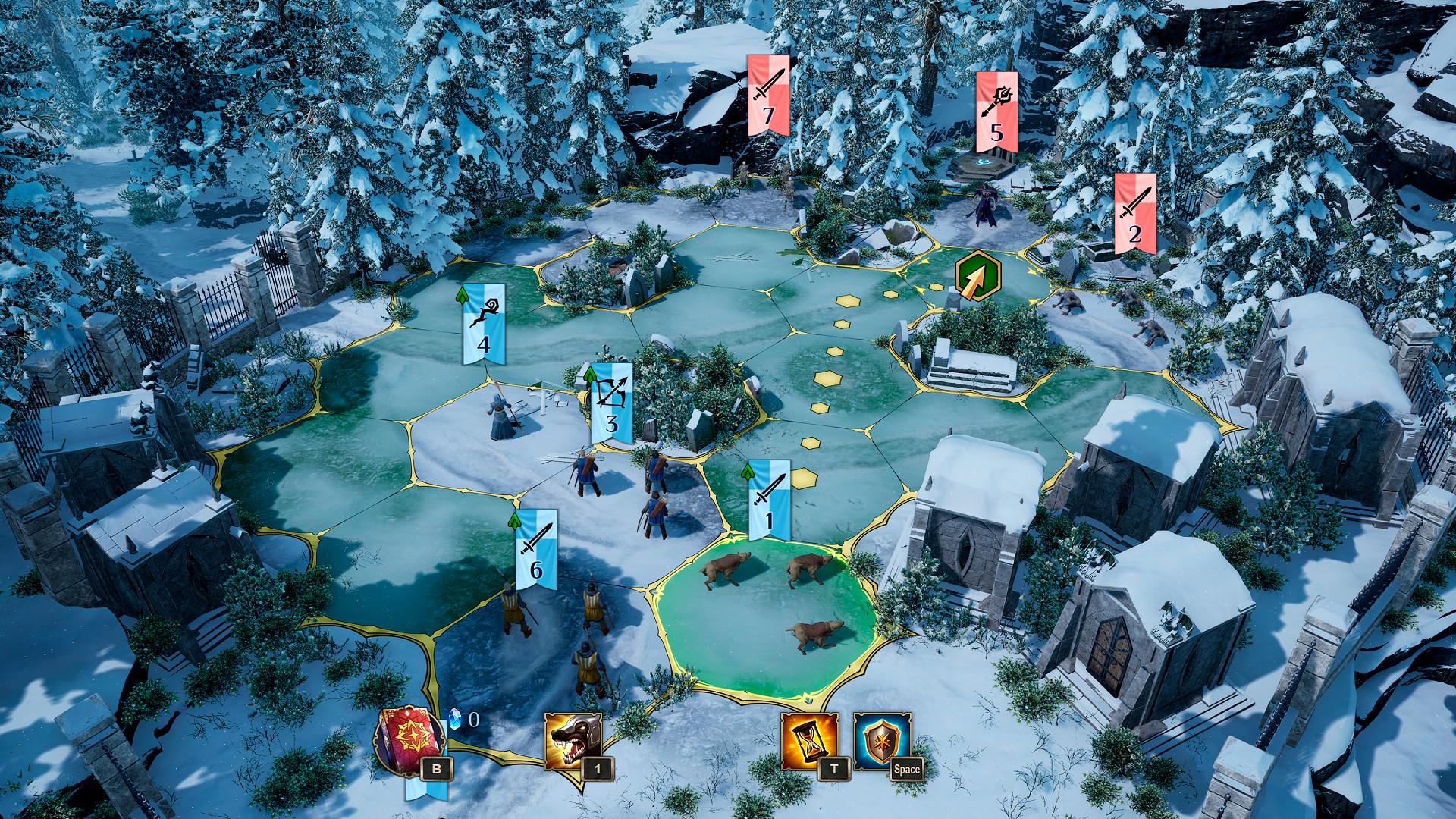 The first time this happened, I was a little taken aback that my guy wasn’t rolling into battle with his buddies. I thought for sure that he would take to one of the hexes as a super powerful hero character, wrecking bad guys that would otherwise wipe out full brigades. But nope – your dude is strictly an armchair warrior, all scowling strategy, no sword-swinging heroics. And though your character levels up on occasion, the perks and rewards they gain are all based around army bonuses, allowing your troops to automatically start a battle with a particular buff, for example.

But once I relaxed and accepted the game as it is rather than what my expectations were, I started having a good time. The battles themselves can be blisteringly difficult and are invariably fun. It isn’t enough in most cases to wage a war of attrition and limp across the finish line to victory with a few bloody and broken troops intact. That is a surefire way to go broke, as you have to actually pony up cash to replace the homies you lose in battle. No, you have finances to manage her, so you need to find a way to bring the majority of your units through the battle intact, a feat that is far easier said than accomplished. 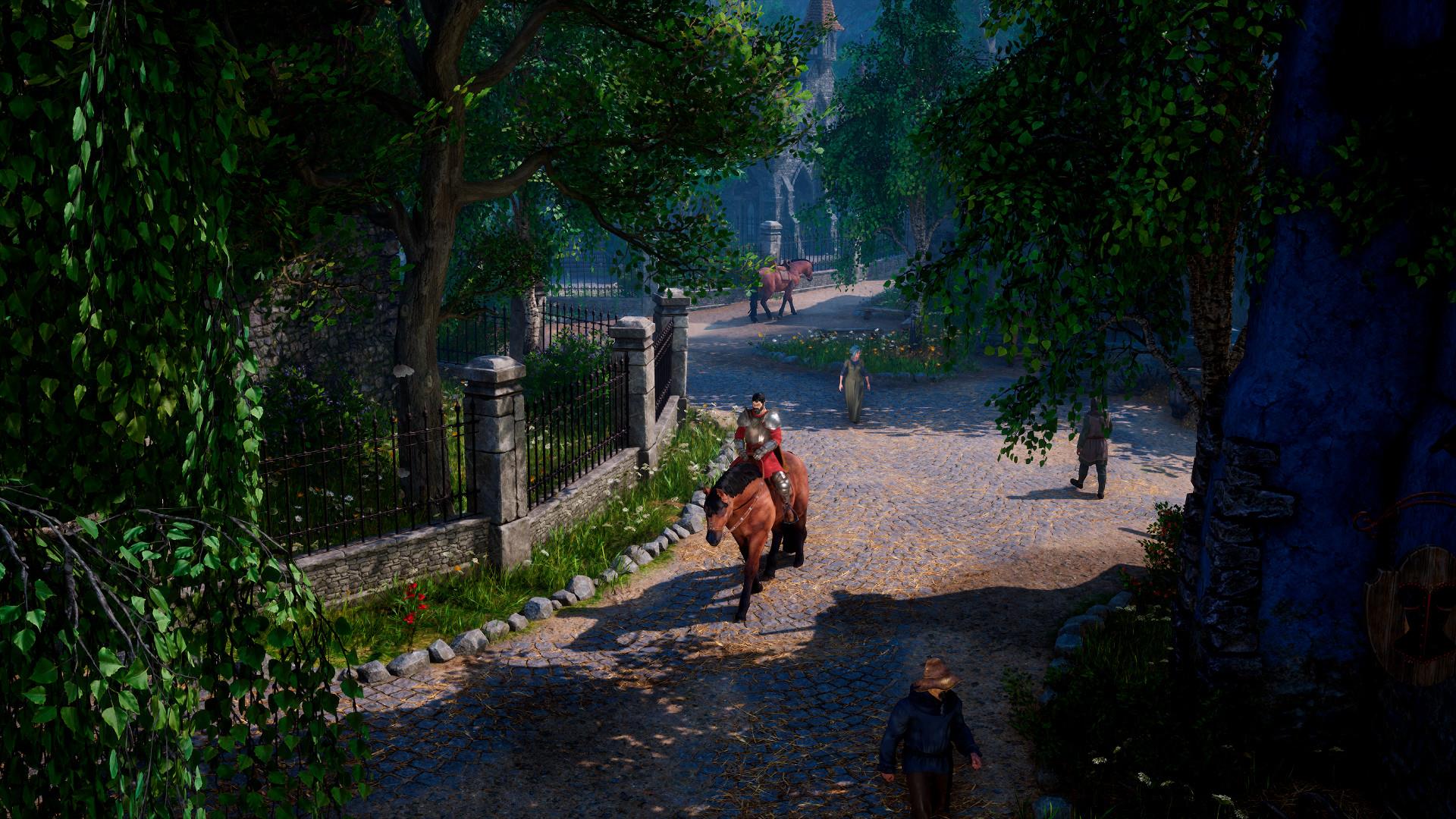 Battles are played out on a large hex board, with the player able to shuffle their units into new starting positions before the hostilities commence. If you find yourself wandering into a battle you might not be ready for, you have one chance to retreat before committing, which I heartily recommend. It is far better to dip out of a battle (in order to save your progress or scour the world for more treasure to buy better armies) than to stay and tough out a battle you aren’t prepared for.

The challenge presented by the AI in battle is significant. Enemies will relentlessly attack your weakest units, making quick work of any healers or archers you are foolish enough to leave undefended. It is entirely possible to lose over half of your armies in the first turn if you are not paying attention. Luckily, King’s Bounty II’s strategy battles allow for mechanics like line of sight and elevation to help the player get the upper hand, though the game does little to communicate that. Over time, you will unlock more powerful and interesting army types to march into battle, which allows for more interesting and varied strategies than the early game’s “put the archers behind the swordsmen” stuff. 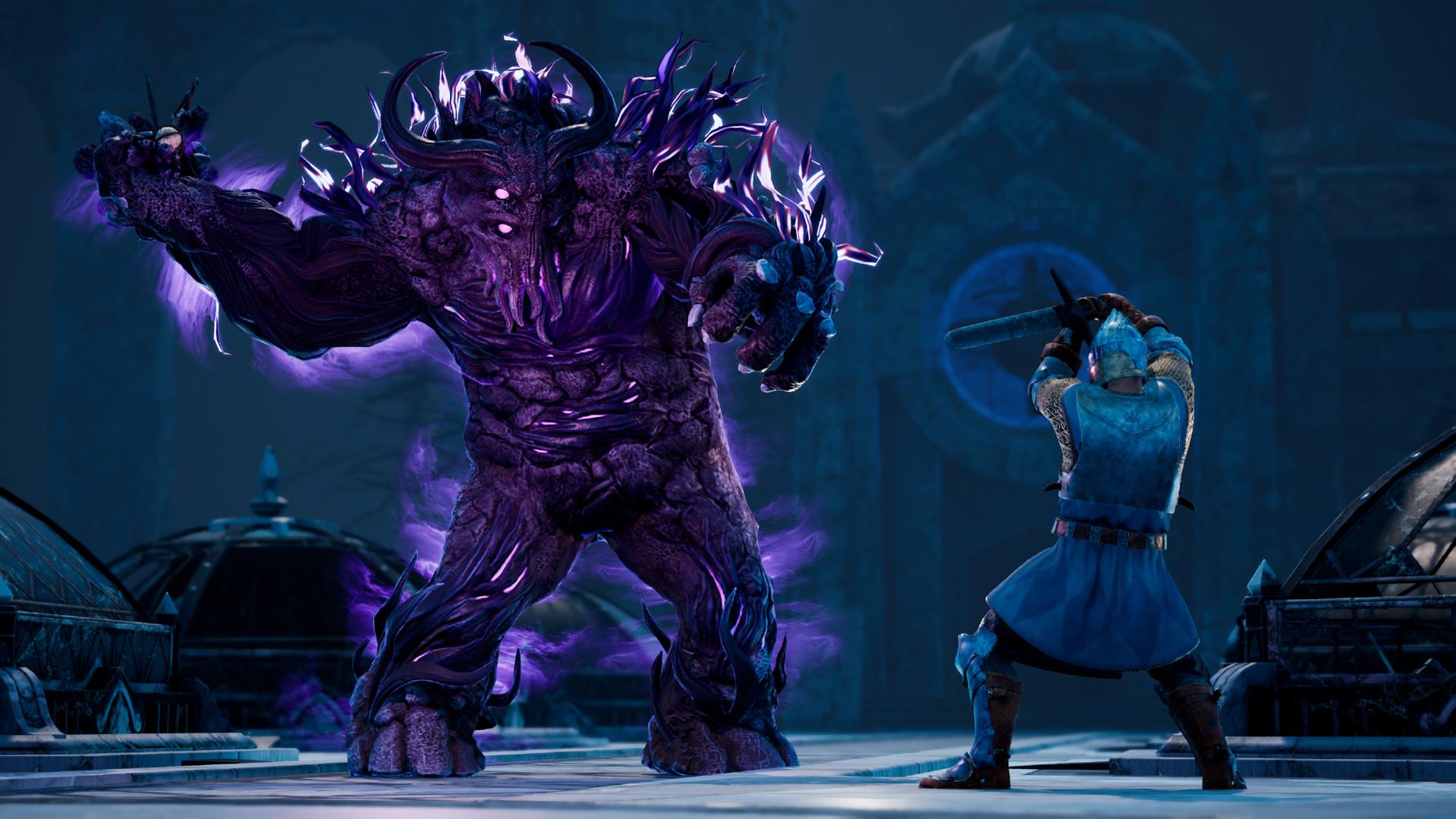 Players also have a variety of offensive and defensive spells at their disposal, though they can typically only fire off one spell per turn. The game recommends going with the warrior-type character for first time players, but despite his amazing stone-like dialogue delivery, I would recommend going with the mage-type. She’s more irritating in cut scenes, but her ability to use magic is a boon that will help newbies far more than hinder them. The soldier guy actually burns through scrolls when casting, keeping the player constantly scouring the world for more. Far better to actually learn spells than to endure a non-stop easter egg hunt for more.

It becomes pretty clear early on that the battle system is where the good stuff is at in King’s Bounty II. Building up your armies’ experience and turning them into wrecking balls is a ton of fun, and the bitter sting of losing a beloved unit will feel familiar to XCOM fans. I am not ashamed to admit that I liberally reloaded battles to keep my little army men alive, erasing many a defeat from recorded history. 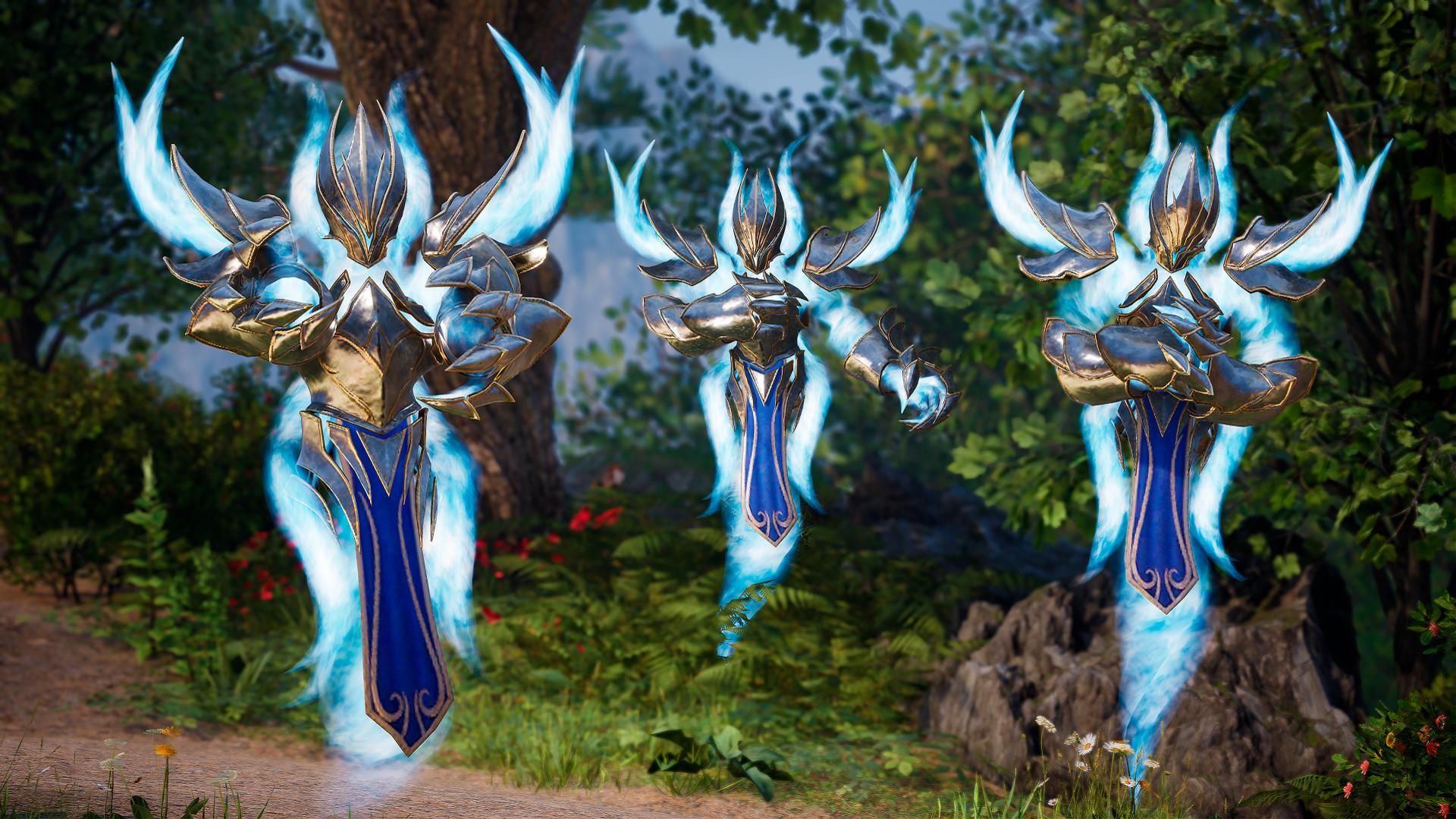 The open world parts of King’s Bounty II aren’t bad, but they pale in comparison to the fun battles. I can appreciate the effort that went into making something new, but I mostly found myself hurtling through the exploration to get to the next fight. Though the world is very nicely designed, the graphics feel a bit dated, and there isn’t much to do in the world beyond hunting for treasure and moving from one conversation to the next. There is some attempt at a paragon-like morality system built into the decisions you make on quests, but it all seemed a little muddled and confused, and I never quite grasped the ramifications for making various decisions. I ultimately resolved just to do what felt “right,” and didn’t worry about it too much.

The story is boilerplate RPG stuff, though I did get quite a kick out of the B movie-level writing and performances. The dialogue in King’s Bounty II falls squarely into the “so bad it’s good” category, without ever slipping into “that’s just bloody awful” territory. It can be a lot of fun if you are in the mood to giggle at some overwrought cut scenes.

King’s Bounty II is a fun hybrid of RPG styles that feels a bit dated in some areas, but perfectly fine in others. While the story and world exploration won’t likely create any lasting memories, the tactical battle system will keep you riveted for hours. And isn’t that really what we’re all here for?

King's Bounty II is a great tactics game nestled within an okay open world RPG. While nothing in the exploration is offensively bad, it is clear early on that the real meat of the game lies within it's fun and engaging battle system.