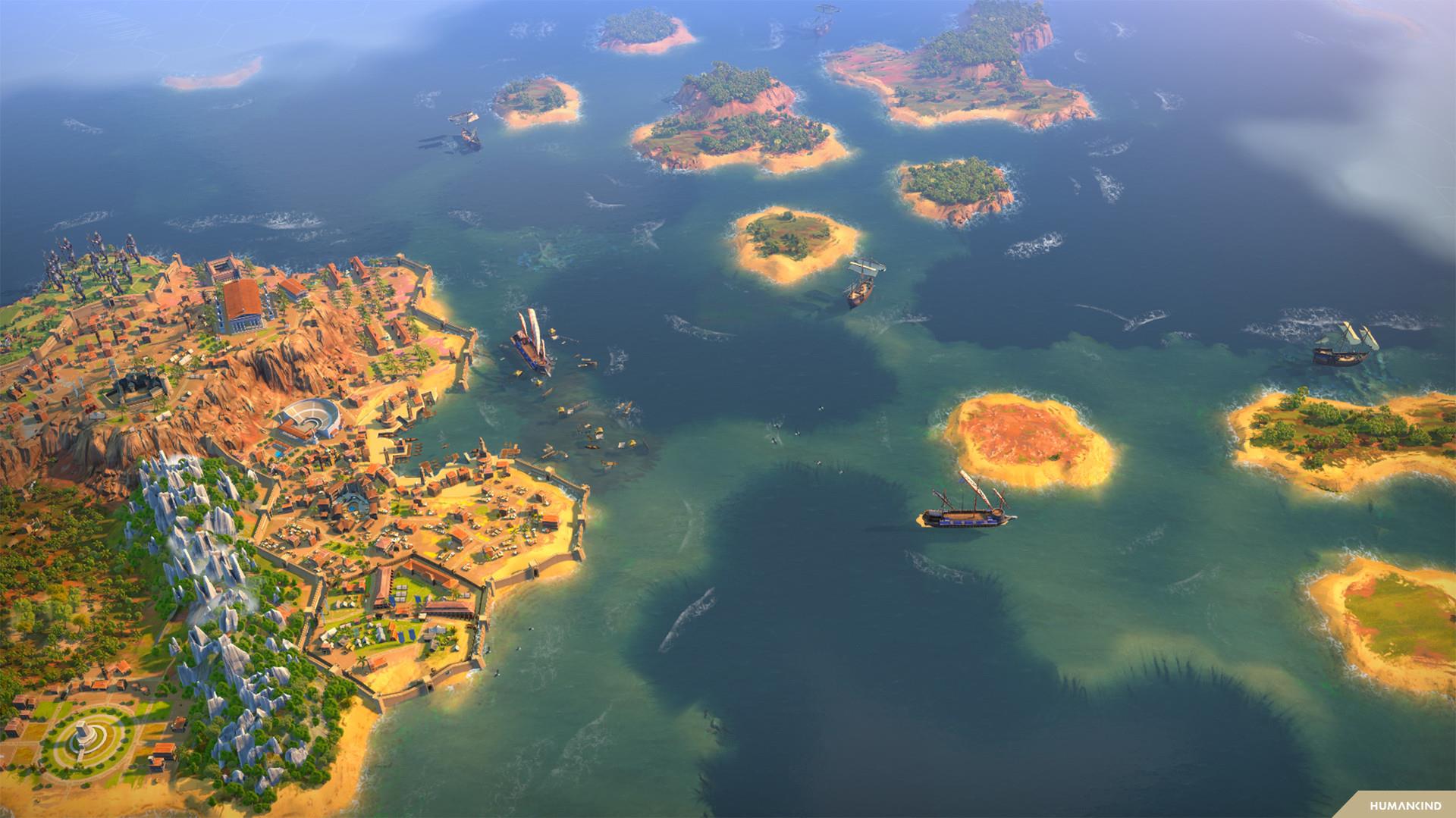 90 Minutes of Humankind Gameplay on Stadia

Humankind - the new 4X strategy game from developers Amplitude Studios and publisher SEGA - is releasing on PC and Stadia on August 17. While Humankind's time-spanning gameplay's most obvious comparison is the Civilization franchise, I found during my brief time the game that Humankind has enough interesting mechanics to stand apart from it's storied predecessor. Though I have yet to play through an entire game, I have spent enough time with Humankind to get a good feel for the game's opening hours.

Humankind is much improved over the demo version that was released several months ago on Stadia. The game now has a fully functional tutorial that walks players through every aspect of the somewhat overwhelming UI the first time they play. The entire thing has a rather soothing "don't worry about it too much" tone, which assures players that they will grasps Humankind's complex mechanics just fine with enough time and practice. And sure enough, they were right. I'm still not what I would call "proficient", but I was comfortable enough with the early game to give a little tour in my video.

Like Civilization, the opening turns of Humankind are something of a land grab, with factions racing to establish a foothold on a procedurally generated planet. But instead of choosing one civilization to champion throughout the eras, players are challenged to reach certain checkpoints by achieving a number of smaller goals. At the checkpoint between eras, players can convert their culture to a different civilization, picking up different perks as they do so. This will surely lead to a lot of very cool cultural combos as players dig into Humankind and really start to learn how to min/max the game.

As opposed to attempting to achieve various endgame states to win, players are on the hunt for fame - doing whatever they can to leave a mark on the world and be remembered by history. As such, getting bogged down in costly wars might not be the best way to move things forward. In the video I'm posting, I spent 90 minutes getting my country up and running without once investing in any sort of military units. Each culture has a different focus point (scientific, agrarian, builders, etc.), so becoming aggressive might not be the best way to move your civilization forward.

I'm looking forward to spending more time with Humankind, and I'm particularly pleased to see a game of this pace and complexity come to Stadia. I can't wait to dig in further to figure out what moves I need to make to keep from getting bogged down in the mid-game turn grind. At some point during my posted play session, my competition got ahead of me, and I was at a loss as to how to keep up. Part of it had to do with the fact that I was landlocked, with little access to other cultures. In a previous game, I was able to establish trade with several other cultures, which helped move things along and gave me more to concentrate on than I had in my little corner of the world. I think some focus on nautical navigation might see me freed from the confines of my little three-city boondoggle.

Of course, games of this complexity take time (and some communal thinking) to master, and I've only been playing Humankind for maybe four hours. But if you were wondering if Humankind was the sort of game that you could sink endless hours into, forever chasing that "one more turn" high, then the answer is a resounding yes. It seems as though the world is wide enough for more than one civilization-building sim.