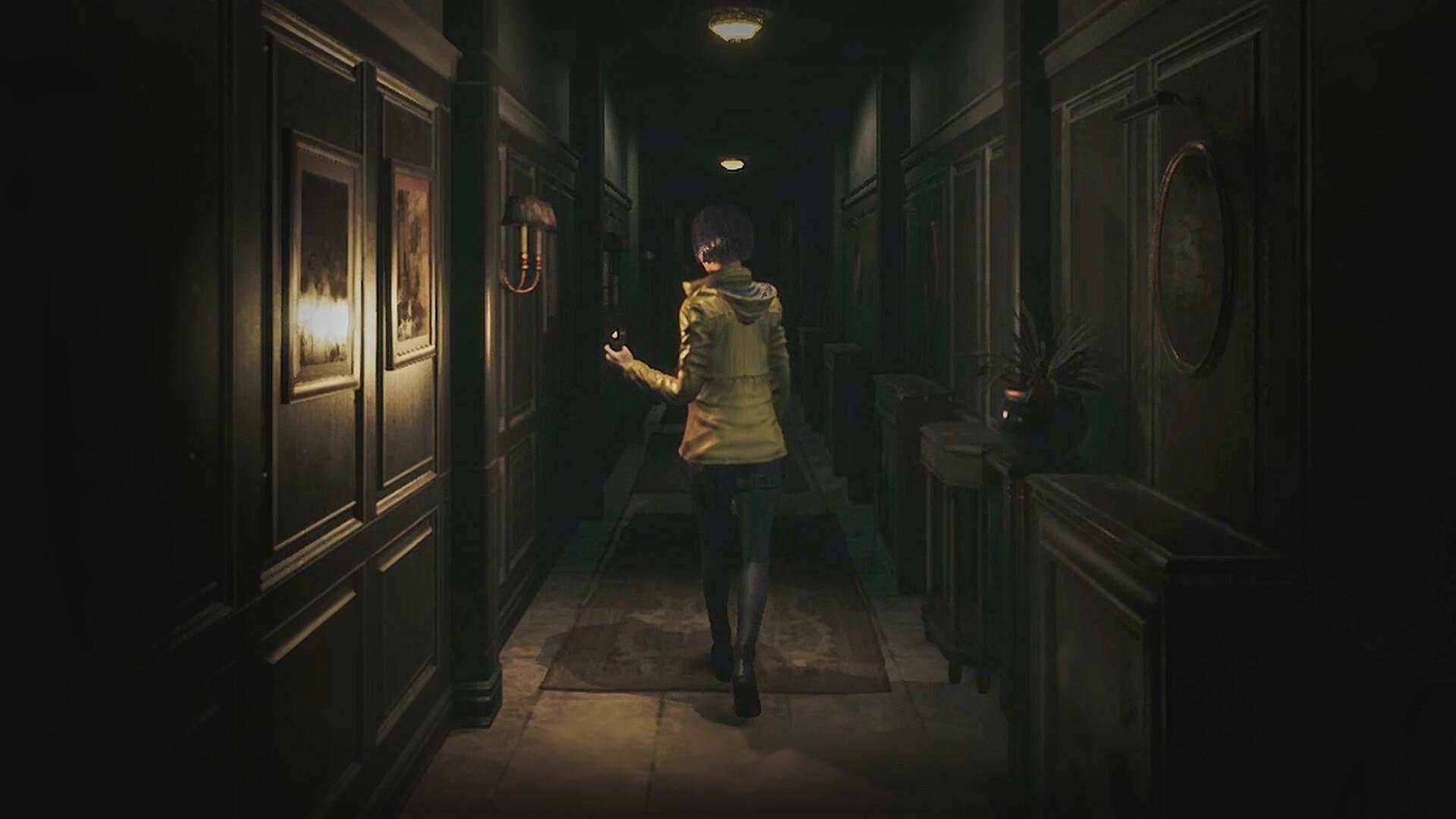 Song of Horror is unabashedly a game that emulates the style of the survival horror genre as it was in the 1990s during a high point for the genre. Synonymous with the genre, games like Resident Evil and Silent Hill were some of the first truly terrifying video games. Naturally, as the decades have passed, the genre has evolved and this evolution has meant ditching the fixed-camera style that previously dominated the genre. This is a game made by classic survival horror fans, for csurvival horror fans. Be ready for a nostalgia-filled horror adventure that pays homage to the heyday of survival horror in the '90s.

Also set in the '90s, 1998 specifically, Song of Horror begins with the vanishing of acclaimed writer Sebastian P. Husher along with his family. Worried about the writer and a deadline, his editor sends an assistant to investigate, only for said assistant to also vanish mysteriously. The only clue found is a haunting music box which triggers hallucinogenic nightmares in whomever listens to its creepy melody. This eventually leads to encountering a terrifying entity known as “The Presence” across five episodes filled to the brim with Easter eggs and nods to the classic influences of the genre. Originally released episodically, the complete edition comes with all episodes in one convenient package. 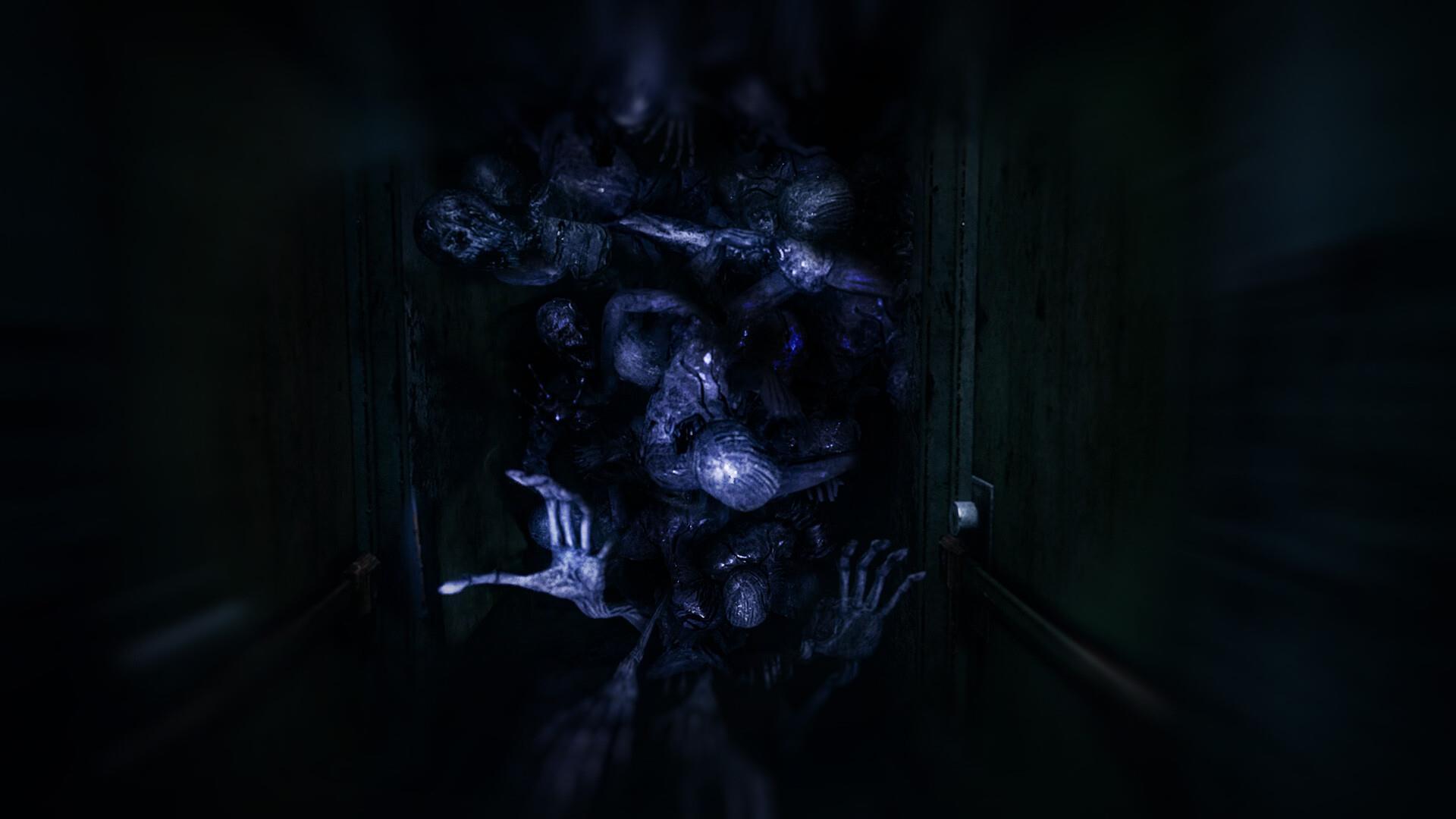 Anyone old enough to remember the survival horror games of the '90s will know exactly what to expect. Though, think more Silent Hill than Resident Evil. Song of Horror is more of a slow burn, opting for a tense atmosphere as you delve into its mystery. You don’t fight “The Presence,” you run or hide from it. The fixed camera angle leans into this style as it’ll often have you feeling claustrophobic in your attempts to run away and hide. While actual encounters with “The Presence” aren’t that frequent, the constant fear of the unknown is what makes Song of Horror so tense like survival horror games of old.

Song of Horror employs a unique permadeath mechanic whereby dying doesn’t end your game, per se, but does result in the death of that character. But all you do is pick a new one and move on. This approach feels a bit hit or miss. That being said, it can be switched off. Though the game itself does recommend leaving permadeath on as it is “integral to the Song of Horror experience.” On one hand, it gives some significance to death versus most games where characters just respawn. Moreover, characters have various traits that can influence your play style. For instance, a character with a strength trait can slam doors on “The Presence” quicker than other characters. A stealth trait character has less chance of alerting “The Presence” in the first place. Character doings means you have the opportunity to try out a variety of playstyles. 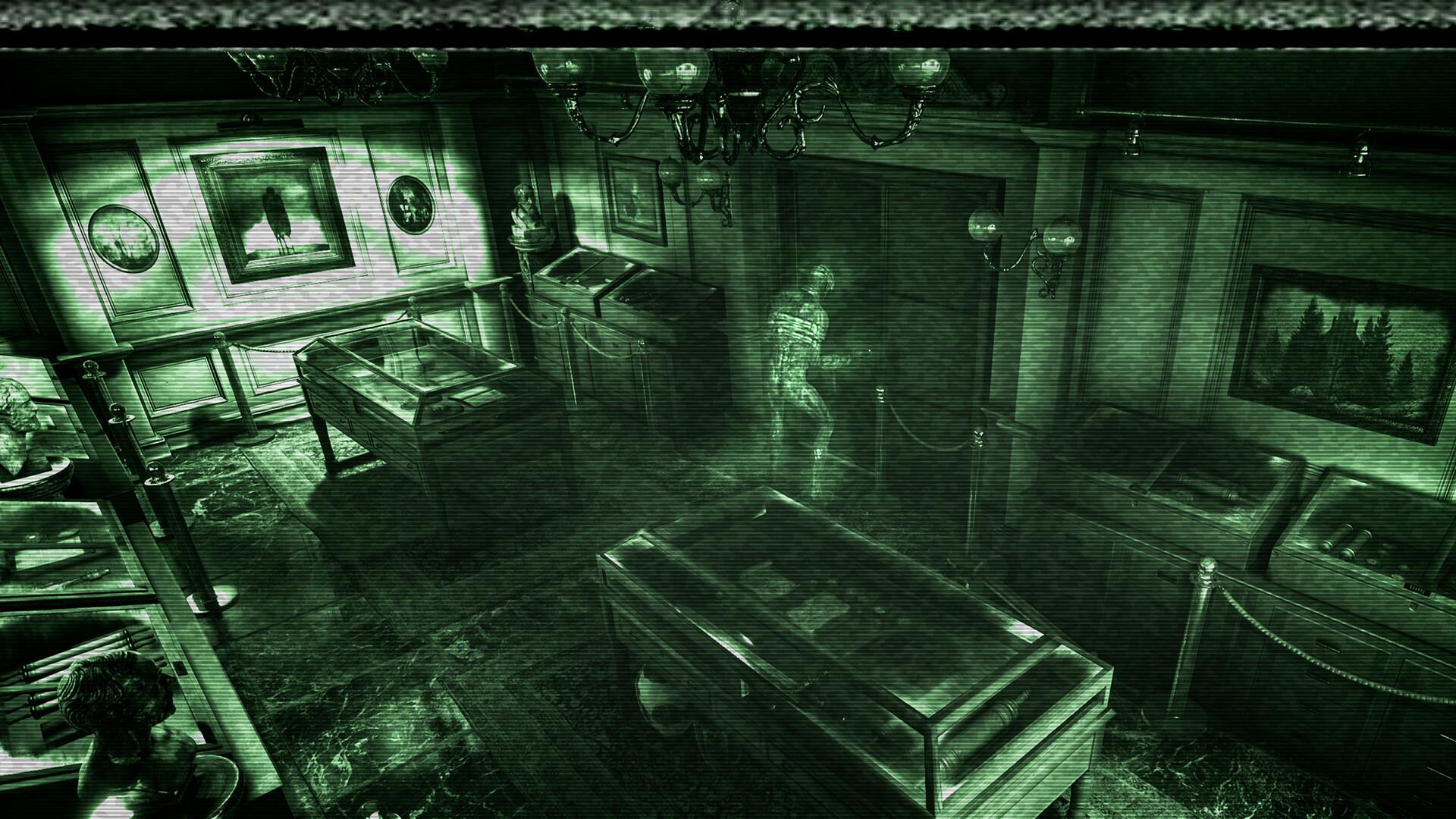 Nevertheless, this approach does have an opportunity cost as it comes at the expense of fleshed out, developed characters. Likewise, the voiceover work is also hit or miss but, unfortunately, mostly misses. There’s a few diamonds in the rough but, for the most part, the majority of characters sound unnatural. Oddly, once a character dies, there’s no mention of them whatsoever henceforth. Even characters close to the main protagonist just vanish from thought. It makes the characters feel even more lifeless and difficult to get invested in as their death has no impact. It’s a shame too as hit-or-miss elements bundled together makes for an ultimately hit-or-miss game. Atmospherically, Song of Horror excels. But in other areas, such as characters and voice acting, it falls short and distracts from the experience.

Unfortunately, the misses don’t end there. Graphically, the game is serviceable and certainly doesn’t disappoint but there’s nothing exactly impressive either. Like other Lovecraft-inspired games of the last few years, the visuals simply get the job done. Across the episodes, you’ll travel to various mysterious and gothic locations and, again, the atmosphere is really the high point. An abandoned abbey, a derelict mental hospital, the locations themselves might be staples of the genre but they’re well-executed and really add to the eerie atmosphere that the game strives for. These locations are detailed well and thus allow the player to really immerse in the environments. 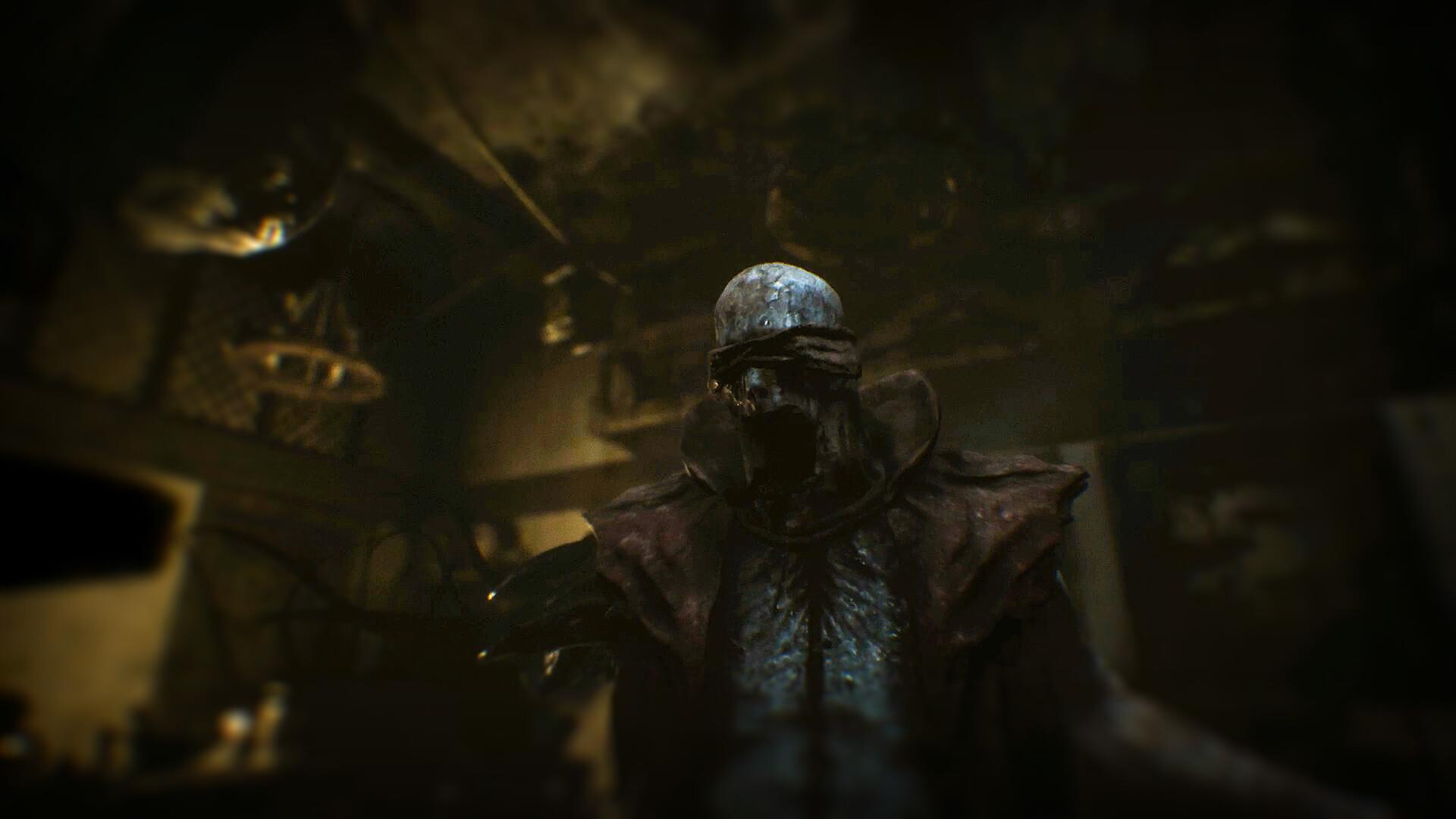 As aforementioned, due to there being no combat in the game, your only options are to run and hide. Escape sequences sometimes involve mini games that play an integral part in whether or not you successfully escape and stay hidden from “The Presence.” One such mini game, for example, has you pressing triggers to the beat of your heart rate in order to get it down, so as to avoid notifying the “The Presence.” As is the running theme with Song of Horror, escape sequences are hit or miss. While I enjoyed the mini games and how they were implemented, other parts of escaping made no sense to me. For instance, it makes no sense that if you’re trying to escape a terrifying supernatural force like “The Presence,” that you’d be practically walking away at a leisurely pace with a slow, clunky character.

Modern gamers who don’t have the benefit of nostalgia from having played survival horror games in the '90s might not be too forgiving of Song of Horror’s reliance on emulating them. The fixed camera, janky controls—it’s all nostalgic but when you remove that from the formula, it can actually be quite frustrating. Song of Horror implements some interesting ideas but they never really come together to form a cohesive gameplay experience. Every time I encountered a mechanic I was impressed by, I was faced with another that really brought me out of the experience. Originally released episodically, I find myself wondering if that actually is the best format to play Song of Horror. It’s quite a slow burn and that never really changes throughout the episodes, so taking a pause between episodes is probably for the best. Either way, Song of Horror was a hit-or-miss experience for me that I would be reluctant to recommend to anyone that wasn’t already a fan of survival horror games of the '90s.

Harken back to the late 1990's and early 2000's and the survival horror genre was enjoying a golden age in video games. Song of Horror emulates the greats of that time but, unlike those franchises which have since evolved with modern game development, Song of Horror seems stuck in the past. For nostalgia's sake, it's worth checking out for fans of that era, but otherwise it's a hit-or-miss experience that falls well short of contemporary horror games.