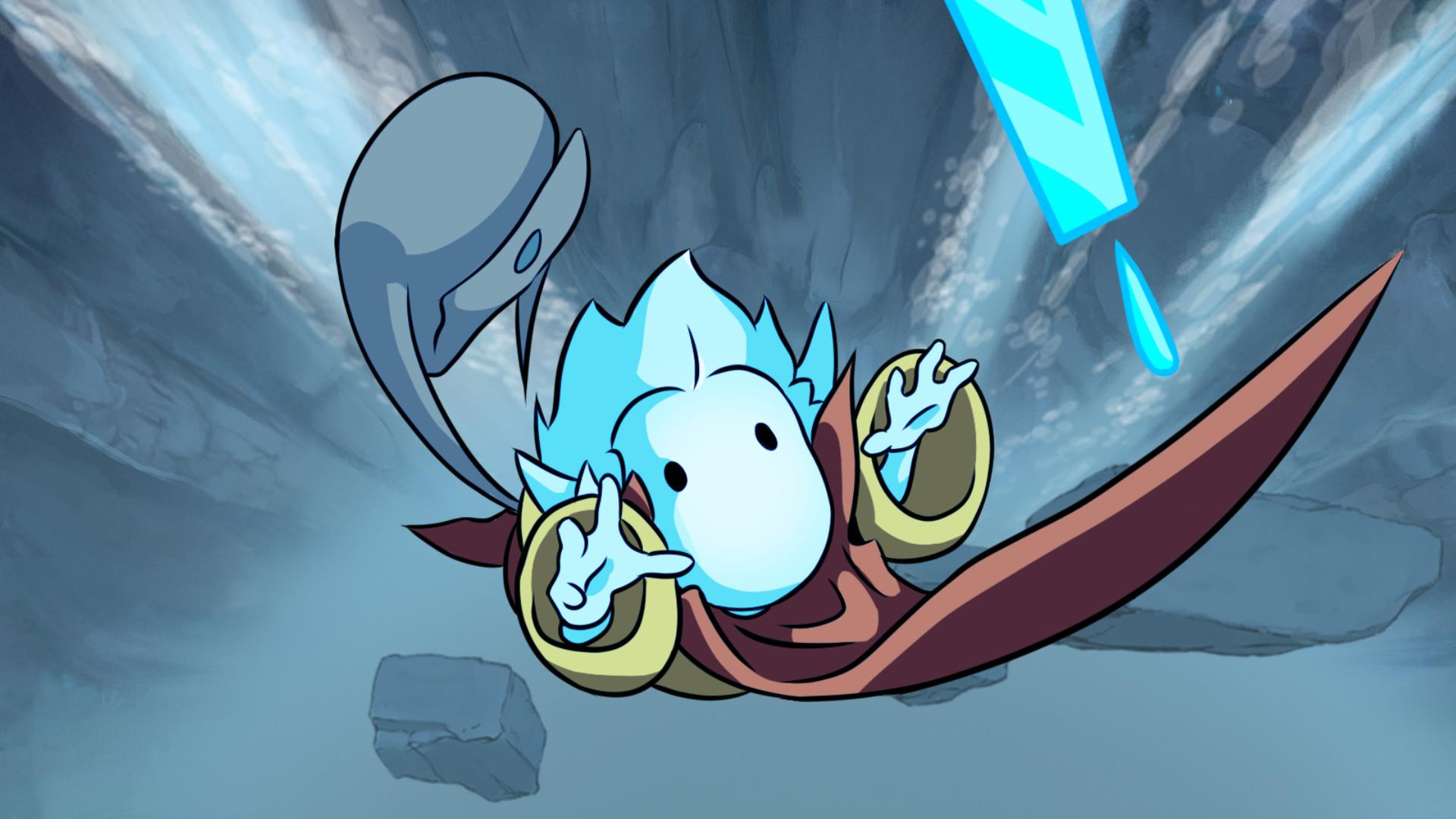 Greak: Memories of Azur feels like a game of two halves. On the one hand you have this beautiful artwork and wonderful fantasy world to side scroll and platform across; and on the other hand you have this rather flat first impression of it with a low budget, amateurish opening cut scene that's poorly narrated. Then the game kicks in and you drop into the world itself and all that clever beauty rushes back in until you die up against the very first introductory minion you encounter because the combat is just rather atrocious.

You are supposedly armed with a sword but it has the range and reach of a kitchen knife and, besides a little dodge mechanic, there isn't much depth to the battle except slash it out. You jump back into the opening and quickly figure our that the best fighting strategy is just to run past enemies, back and forth, because there is no collision mechanic on most foes, no enemy grab mechanic, and no penalty for getting too close—which you need to do anyway because of that total lack of reach on your trusty toothpick of destiny at your side. So, running blindly past enemies and slashing at them from behind—wash, rinse, repeat—you make your way forward and onward into the fray and things start settling in to a fun little ride until you eventually run up against another death and lose all progress from your last save point—which you probably forgot to do anyway because until you get burned the first time you didn't realize this game is punishingly difficult with no auto-saves. Welcome to the bi-polar world of Greak. 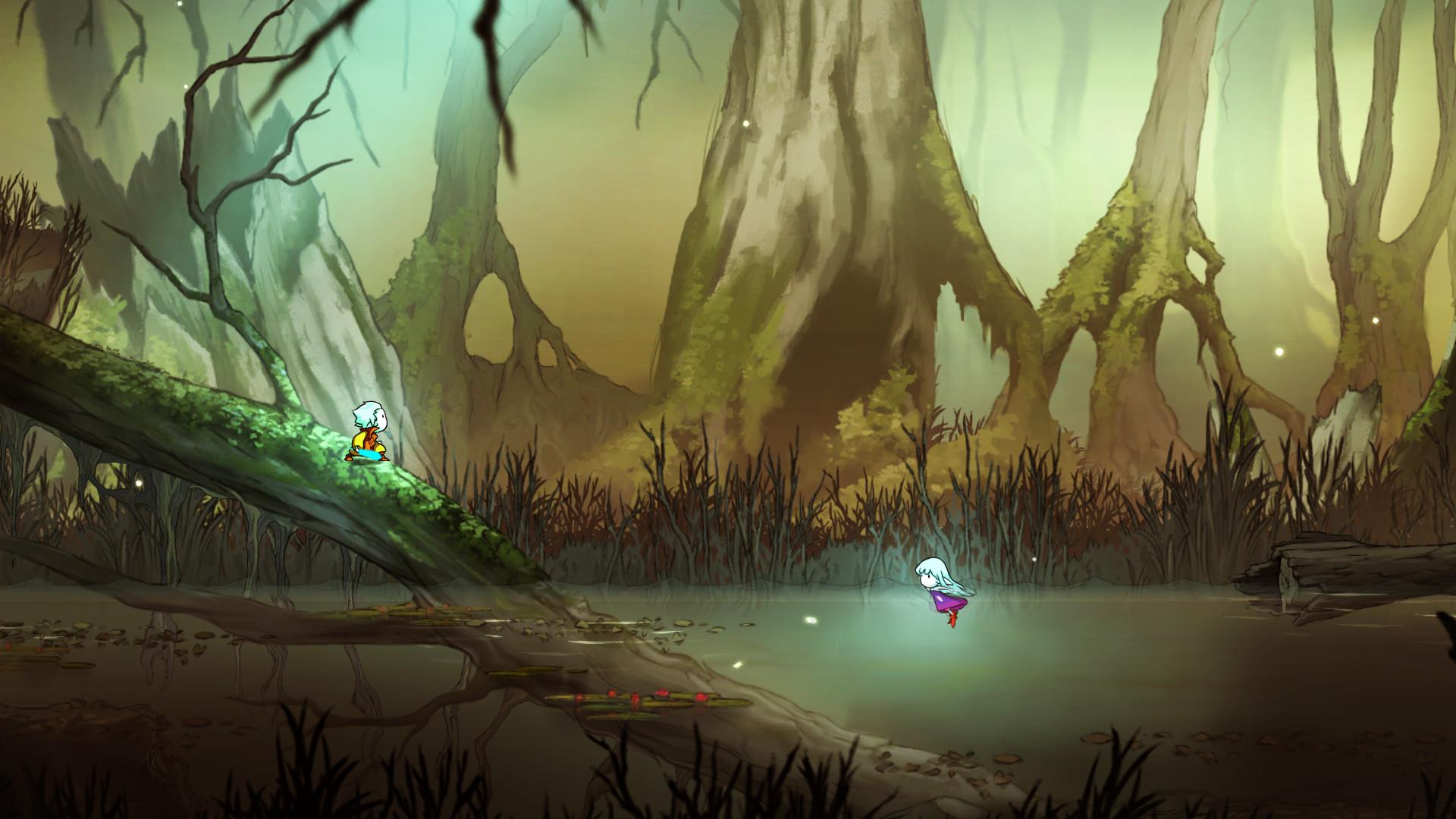 Save points are few and far between, so the quest suddenly takes on a weight well beyond its due. Not for the sake of some enthralling plot, or for characters you grow to adore, but only because you are lost in a land with no world map either and left to figure out quest objectives with little in the way of direction or clues where to look. There is plenty of opportunity and even necessity to traipse back and forth across these area maps, and they do branch, but there is no indication as to which path to take this time. Hope you memorized every twist and turn of an overly large and repeating terrain the first time....

If that sounds like too much to ask of the player, it is. This is also a land scattered with scores and scores of collectible items. But it's never immediately clear what use they have: should I cook this, consume this or sell it? Your inventory is also extremely limited to carrying just four at a time. You will be about a quarter of the way into any map before you are full up, and also have no clear indication even as to what is rare or common, to make a wild guess at which to hold on to and which to start discarding. 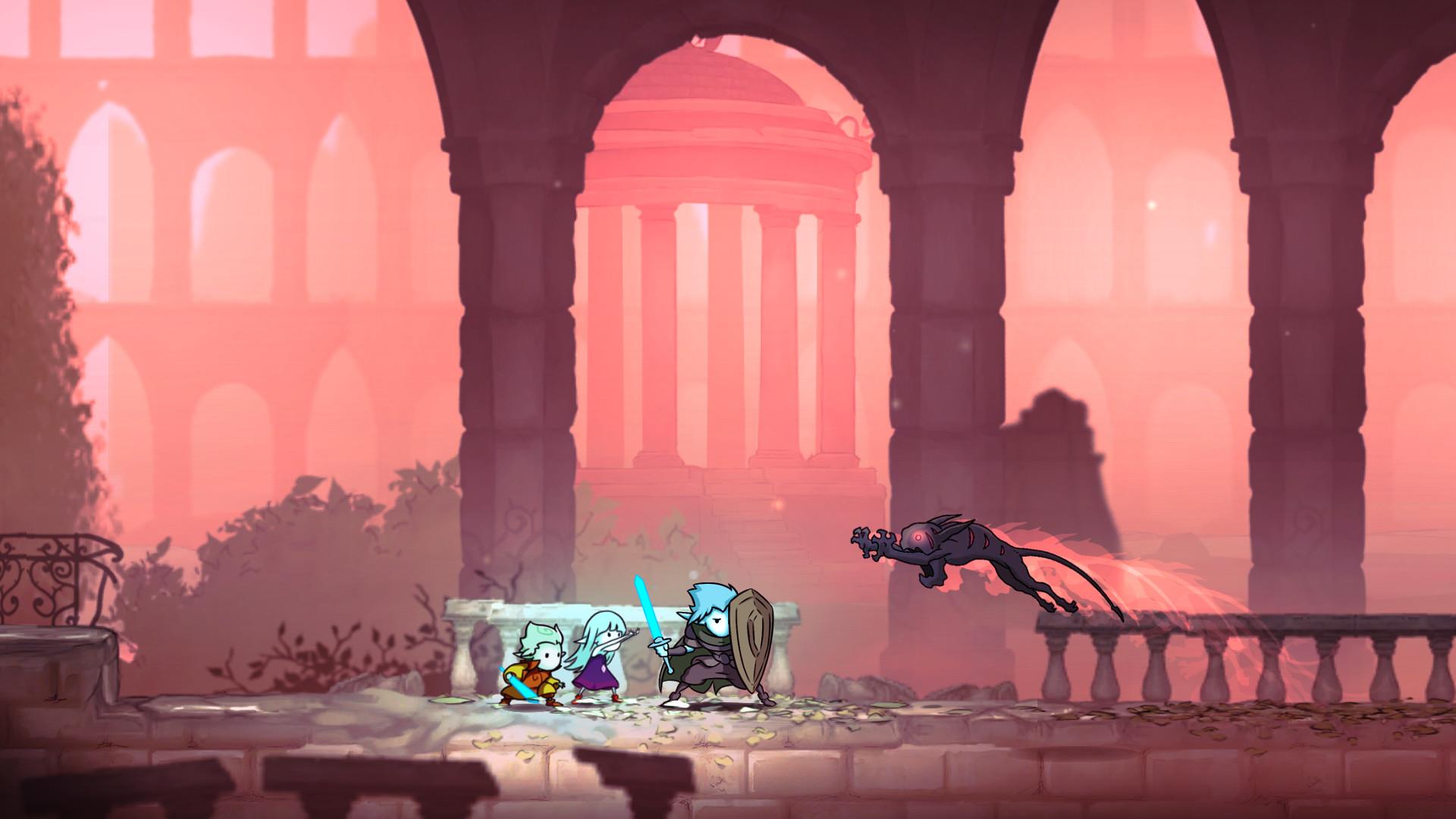 Finally you find your sister, the plot of the first section of the game, and it opens up this new depth by being able to swap freely between the two protagonists and their different abilities. Now instead of a double jump, you have a jump and float. Now you have a projectile to lob from a safe distance instead of needing to spin foes dizzy with the undefeated run past and poke in back strategy of the brother's sewing needle of a sword. And as all this opportunity opens up, you quickly realize that there is no way to move the two together and now these overly large maps have to be traversed twice to cross the same distance.

See, this is a 2D platformer, and while there is a button to move both at the same time, they can't actually jump in the same way. So every platform causes the co-movement to diverge, usually sending one sibling down into some fall damage or maybe another enemy—one you likely already dispatched but that endlessly respawns. And don't even get me started on the ones that respawn in the middle of puzzle sections. Because yes, there are clever little puzzles that have you wheel around beams of light or other objects and reflect those on to targets to open new sections and areas. That is, until the enemy respawns and starts pummeling you as your character's hands are bound to the fiddly little crank that is frustratingly mapped to an awkward joystick movement to mimic the turning of a wheel that does not really exist on a console controller. 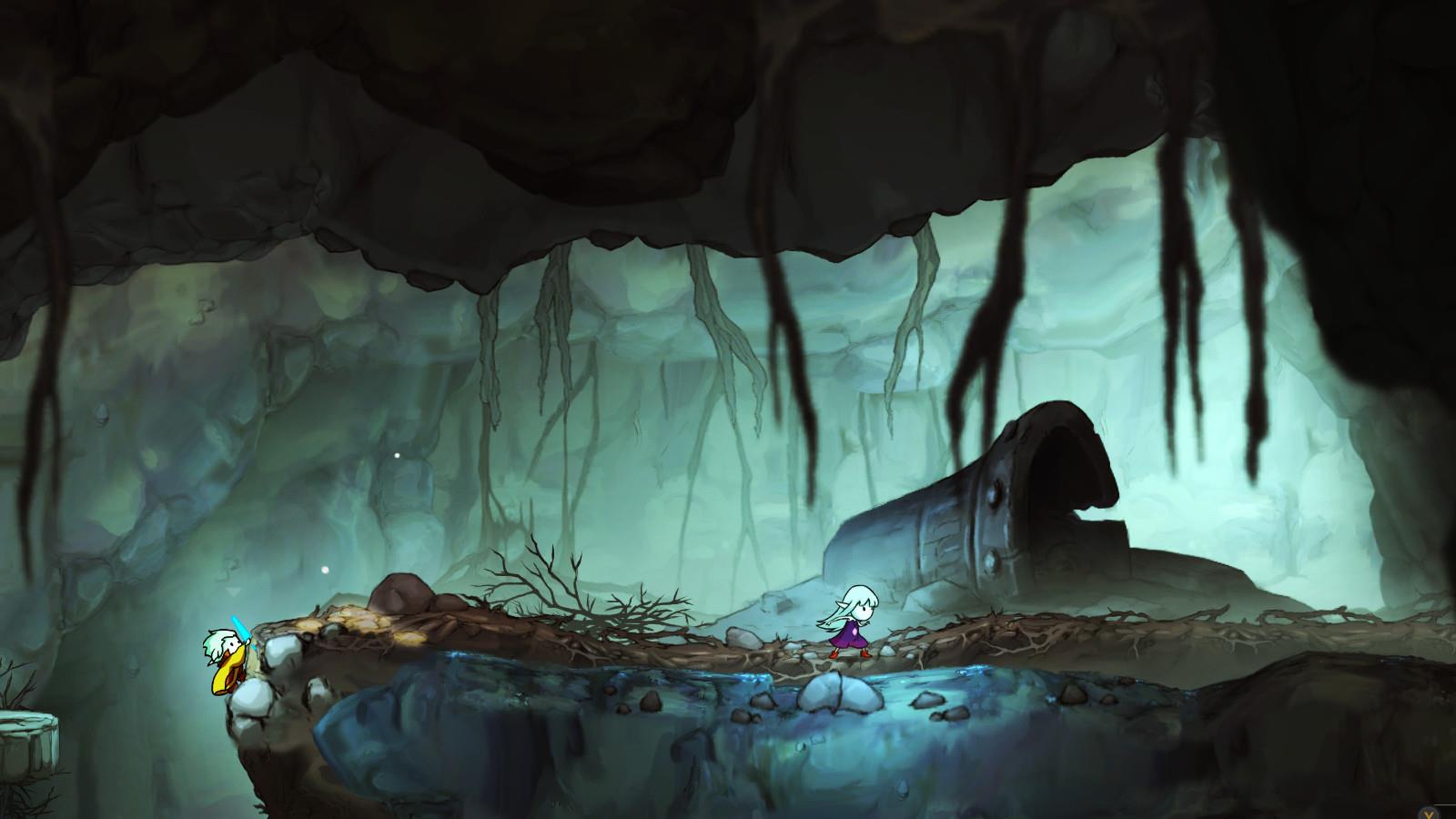 So, it's not just bad first impressions, it's consistently bad impressions throughout of a manic mechanic that promises something neat, and then a depressive limitation that crashes the gameplay back down to earth. Absolutely gorgeous world and visuals...but have fun getting frustratingly lost in it as you search in vain for a key to unlock the next gate with no clue or hint as to where one might actually find it. Interesting interplay between siblings with various movement, combat, and special skills...and no way to reliably have them all travel the world together either in exploration or all too common backtracking sections. Interesting puzzles...and wonky, fiddly controls to manipulate them, and enemies that respawn to cheap shot you as you struggle through those fiddly controls to get your angles just right.

Greak is a beautiful side scroller and has so many interesting things going for it. But it's all mashed together with a number of missing quality of life aspects that really tear up the experience when playing. This co-op character swap concept has been done before, and it's been done better with games like Trine and REZ PLZ. Greak: Memories of Azur is a staggeringly beautiful game that puts the competition to shame, but the superlatives begin and end there.

I'm not sure what happened with Greak: Memories of Azur. The elements are all there. The ingredients in place to create something wonderful, and it does look stunning. But the execution is a complete let down. The promise fails to bind together because for every clever idea, every good intention, there is some frustration looming alongside. For every good bit there is something bad, and the end result left me feeling like the package was less than the sum of its parts.