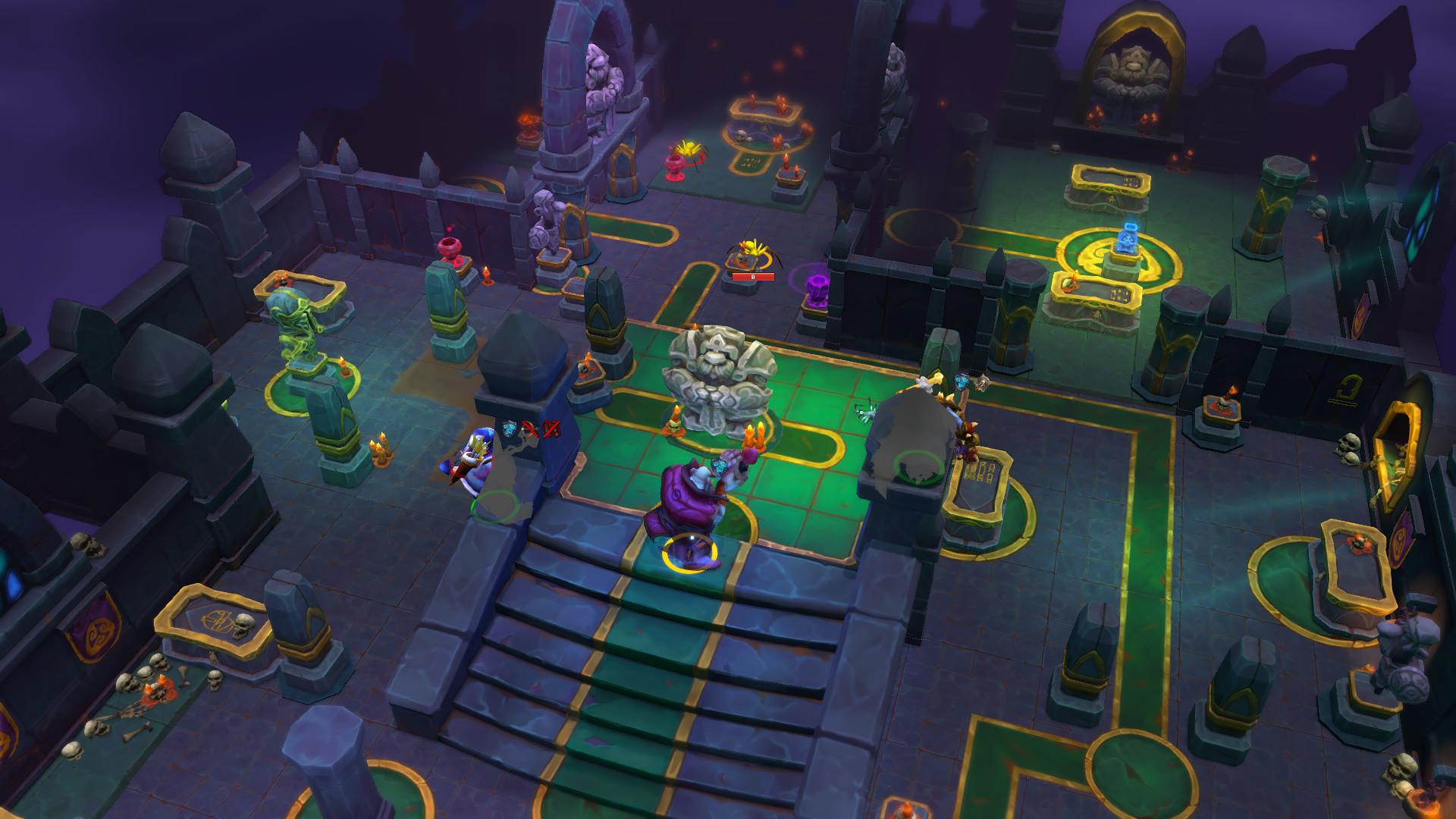 Written by Elliot Hilderbrand on 8/17/2021 for SWI
More On: Fort Triumph

Do you find that certain genres of games are always worth a look, just in case you might have stumbled upon gold? Fort Triumph meets that criteria for me. When I was younger I had a friend introduce me to Final Fantasy Tactics. Being naive I assumed it played like the other Final Fantasy games. Over the years other games in the similar mindset have become instant purchases for me. XCOM, Mario + Rabbids, Fire Emblem, The Banner Saga—I’ll try them all, and find that I enjoy almost all of them. So, naturally I was a little excited to see Fort Triumph come to the Nintendo Switch. I was unaware of it when it originally released on PC. However, after spending some time with the game there is a good game here, but not a groundbreaking one.

Fort Triumph places a big focus on physical moves by your cast of characters. The paladin kicks people into objects, the mage blasts them with tornadoes, the archer grapples them toward you. Overall it’s a unique addition to this style of game, and a welcome one. While using these special moves is easy to do, it does require a bit of planning. Placing your character in the correct space, or knocking down a tree that could potentially provide you cover, could be consequential later in the round. Moving cover can become helpful or detrimental, and there isn’t really a way to tell beforehand if it will be or not. While I enjoy the mechanic, it’s not a huge selling point like Fort Triumph makes it to be. Yet it's still a nice addition to the gameplay of a tactical game. 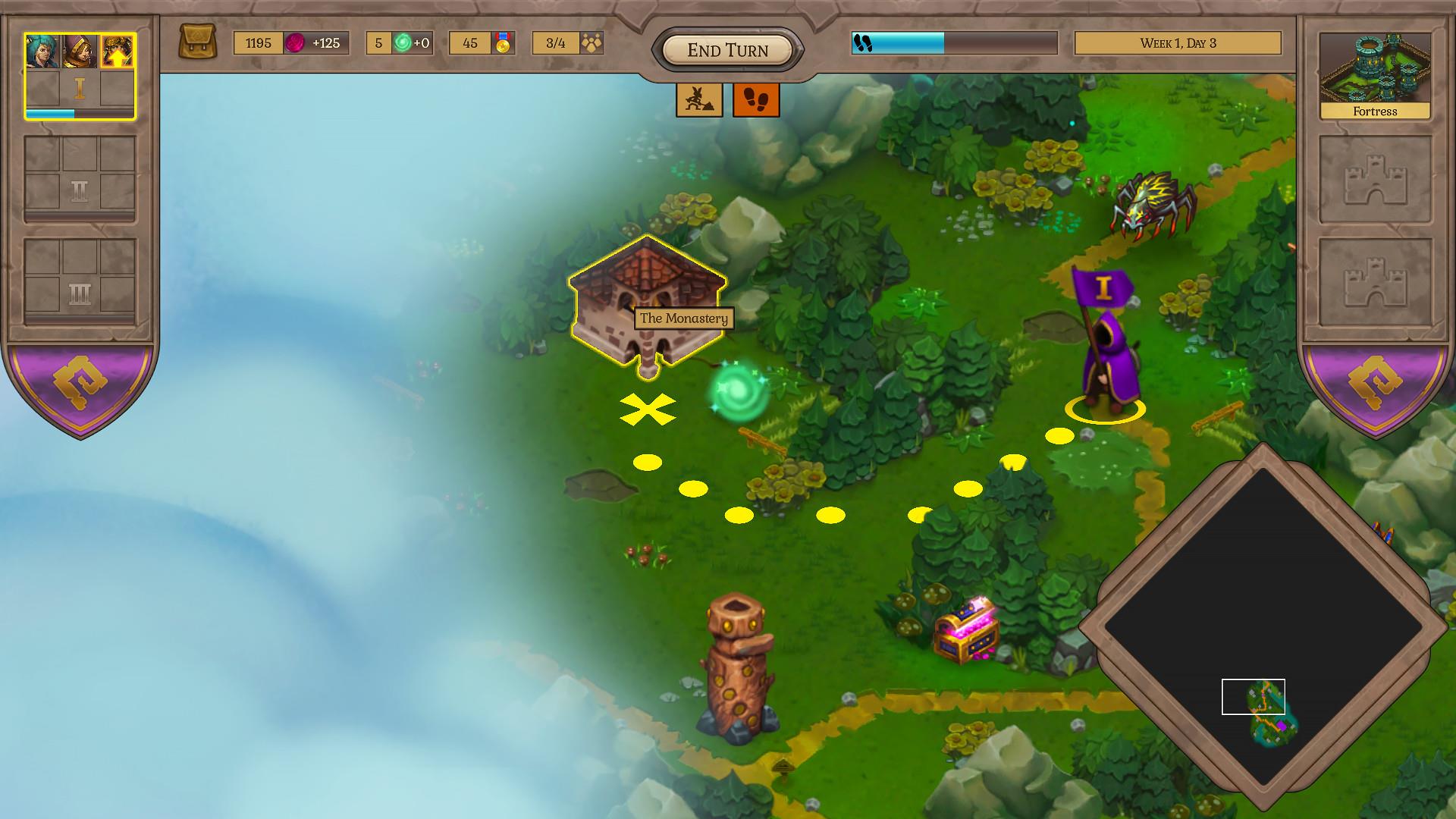 The campaign has three acts to it, going from a silly story about a group of mercenaries trying to find work to “deep” plot points like a paladin learning their order may be corrupt. The story never really grabbed me from the beginning, having long dialogues that felt like a chore to read. Along with the chore of reading becomes the chore of remembering who is talking, and what they are talking about. That’s because death is permanent in the game, and when your archer dies, you get a replacement archer that looks different, but the story line continues as if it’s been that archer the whole time. Once my original four teammates were replaced I quickly became confused about who was talking about what. Luckily there is a skip function to the dialogue and I just found myself playing the game without being invested in the story at all.

Skipping over the story because I eventually struggled to keep up with what was going on sucked. One of the things I found enjoyable was the humor that was put into the dialogue. I can see how it wouldn’t be everyone’s cup of tea due to its low-brow style, but I found it to be funny enough at times I made an audible chuckle. 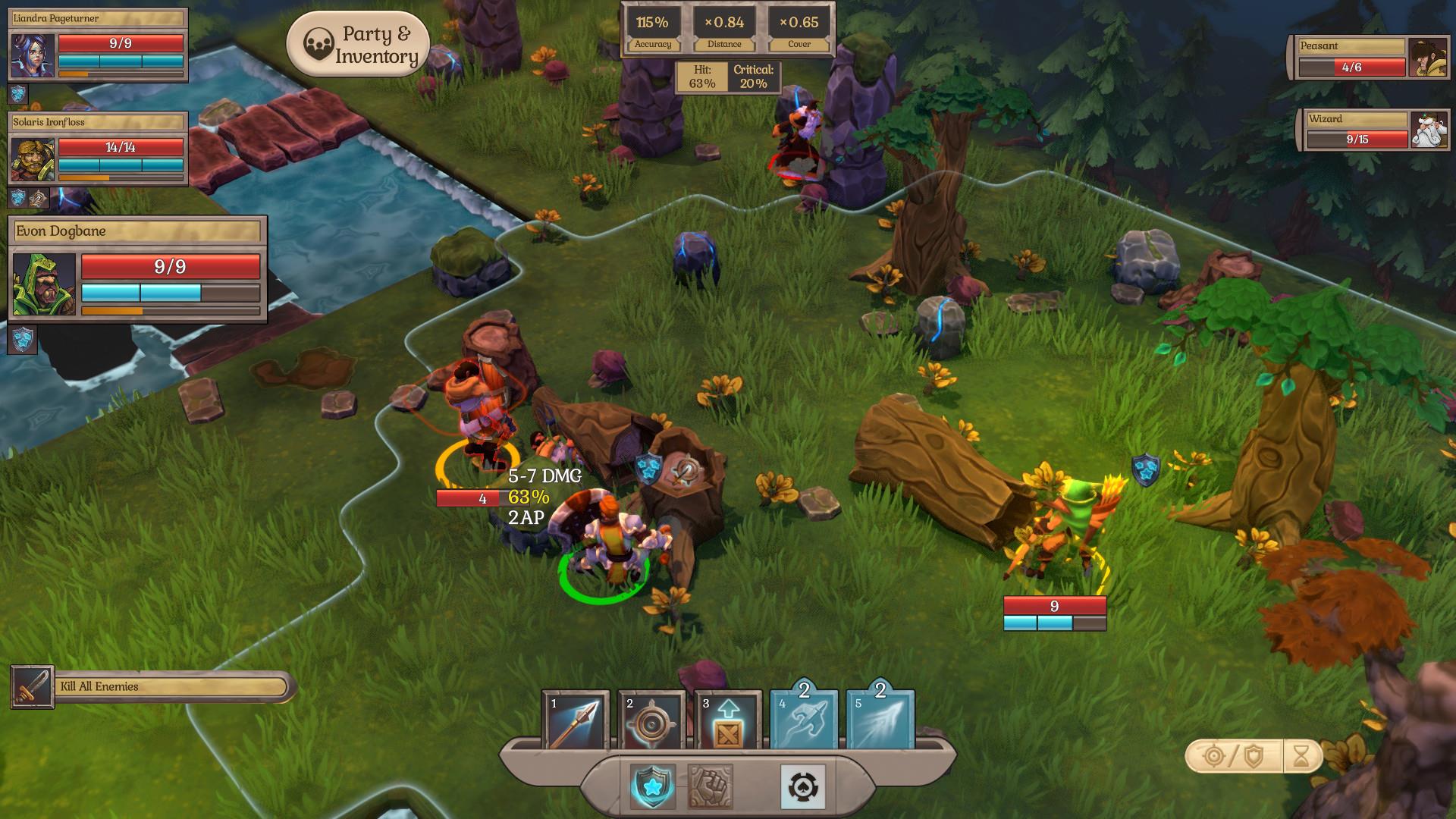 Another function that sets this game apart from others in the genre is the fort building of Fort Triumph. In the beginning I struggled with what to build, as it is not super obvious what route to go with. It was a bit linear after getting my feet wet, and I didn’t feel as if there was a lot to be done with it. In the same vein is the guild tab that allows you to work on things like increasing your party size, inventory, weapons and armor. And the third tab is your heroes tab.

Skill trees with heroes feel like the choices I made really didn’t matter as my characters eventually gained most of the skills. Overall it wasn’t very clear how to navigate around with these tabs, or what you should be working towards with your spare heroes. These are more of a nuisance and brought down my overall enjoyment by taking time away to focus on these activities. 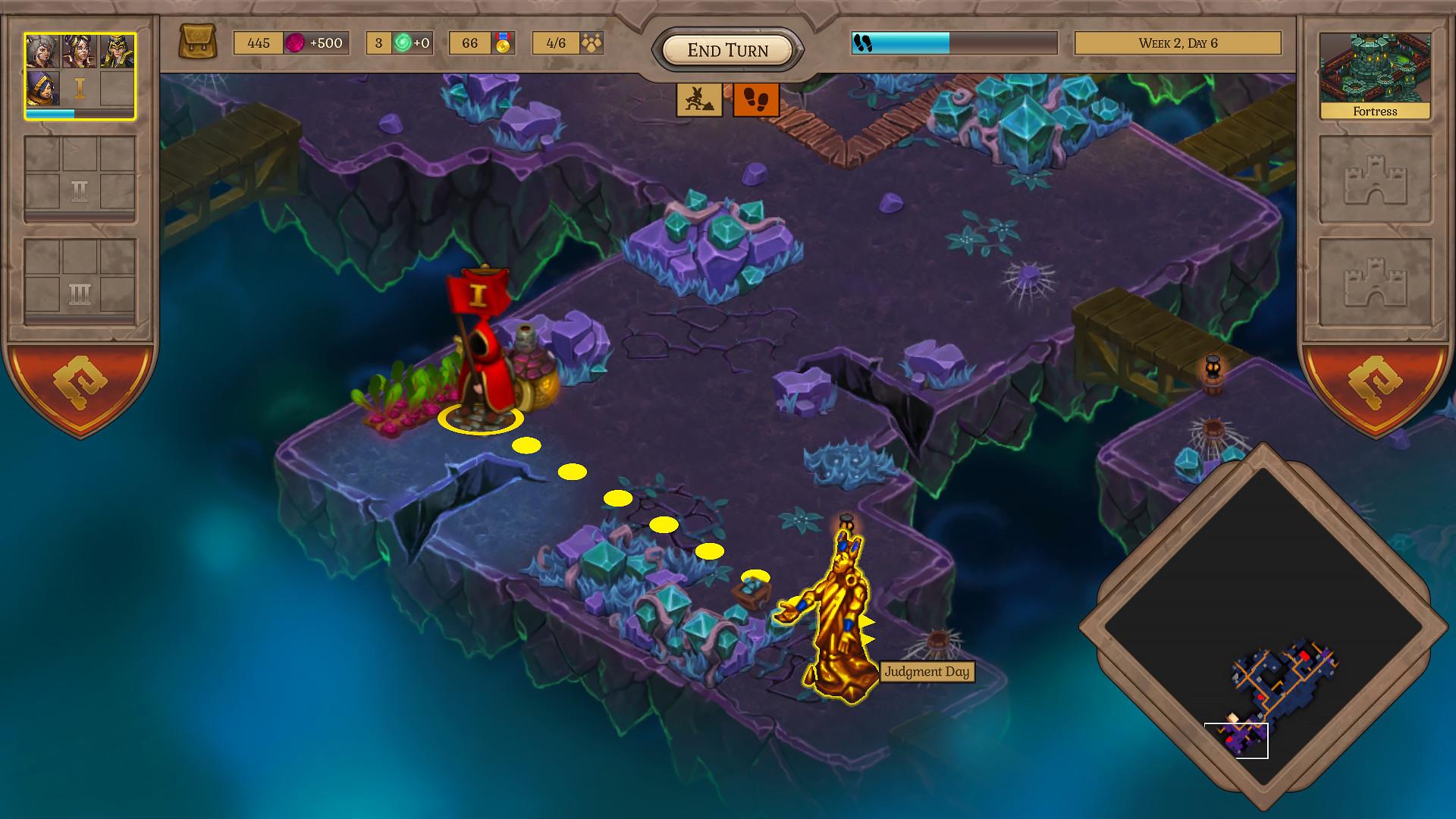 The most important part to a game lies in combat, and fortunately this is the shining spot for Fort Triumph. After my initial confusion of how rounds work I sunk into combat and it felt great. Fights are fun, if not the most challenging. I made my own challenge by trying to keep my party members alive for as long as I possibly could, but found being a little lucky was required to keep them all from dying. The randomness of the maps you fight on keeps combat from going stale. I was always on my toes, trying to figure out the best way to go about winning.

Having said all of that, a version of this game has been out for a little while, releasing on PC in 2020. And to give a little away here, I was given a review copy of the game before its release on the Nintendo Switch. Because I was playing a game that isn’t out to the public yet, in this case, it was not the final version of the game that you can get right now. There were a handful of known issues that the developer was planning to address in a day on patch. Because of this I decided to hold back my review until it was officially out and I could see if the day one patch did indeed help fix some of the issues I was experiencing. I am happy to say that it did fix a handful of things I wanted to complain about, but held back because they really are not issues you would face. 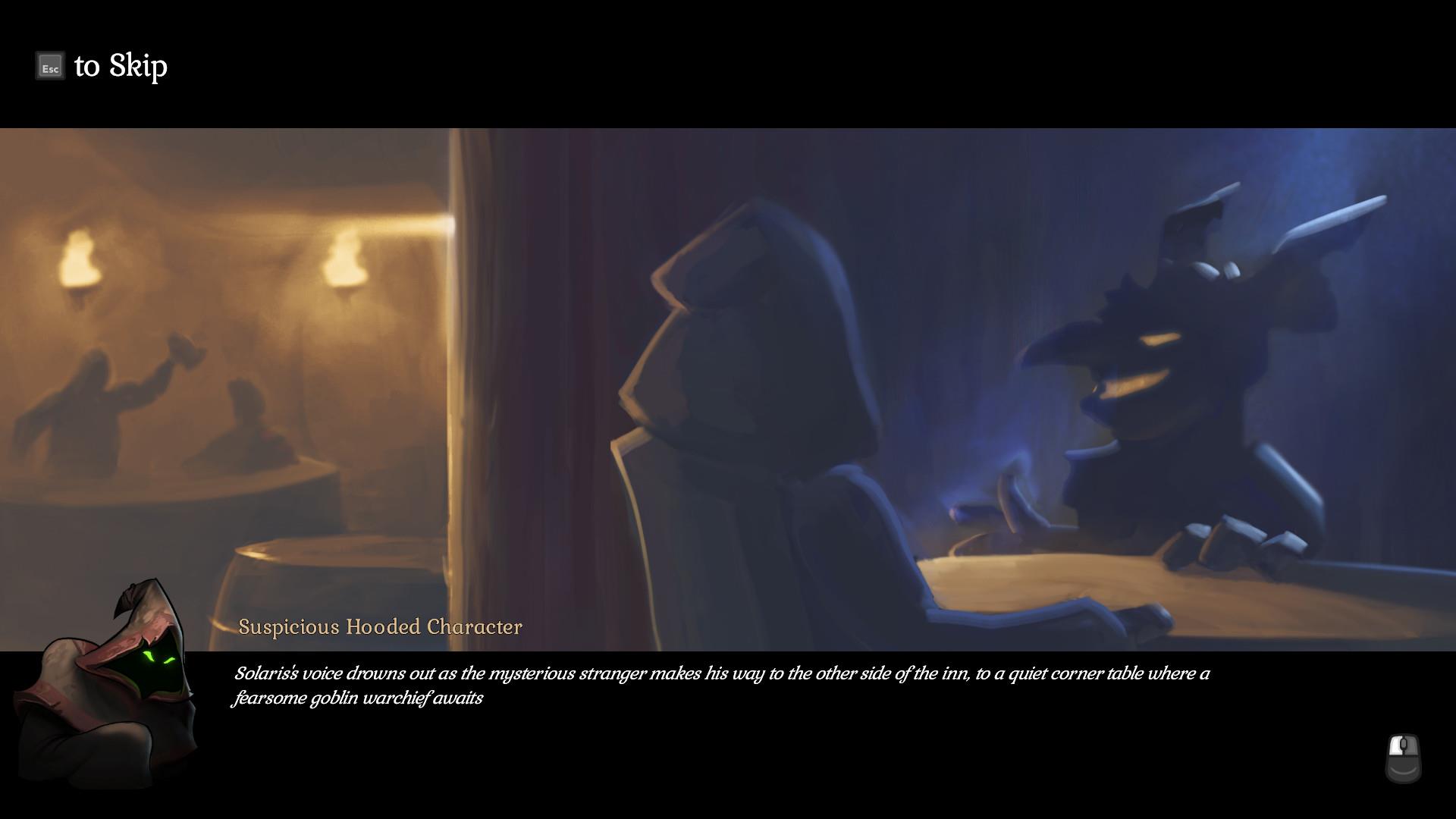 There are a few glaring issues that I would like to talk about, though. The first being the UI. Words are small and hard to read. It didn’t matter if I was playing docked and sitting on my couch, or playing in handheld mode with the screen right in front of me. The developers did improve on what was there with the day one patch, but it was still not enough. I struggled to read dialogue, or read my guild or hero tabs because of the small print. I also felt that the time it took for the enemy AI to take its turn was noticeably long, as if it was taking too much time to react. Again, it was improved on from the first version I was playing, but still noticeable on the day one patch.

Overall Fort Triumph offers what it says: a pretty normal tactical RPG. The physical attacks the game uses to make combat unique to others in the genre work well, but it isn’t enough to break away from others in the field. The campaign, while not long, doesn’t feel too short, and having a skirmish mode that lets you play with seven others adds to the replayability. Everything more or less works just fine, with the exception of the smaller-than-needed UI. The game works, it’s playable, it’s enjoyable, but it isn’t groundbreaking, which is totally fine.

Fort Triumph might not be the biggest victory for the genre, but there is plenty of fun combat to be had. While not genre defining, it's easy to get wrapped up in combat, and suddenly have a couple of hours fly by. The UI is hard to read at times, in both docked and handheld mode, but that was about my only complaint. I enjoyed Fort Triumph, but didn't fall in love.