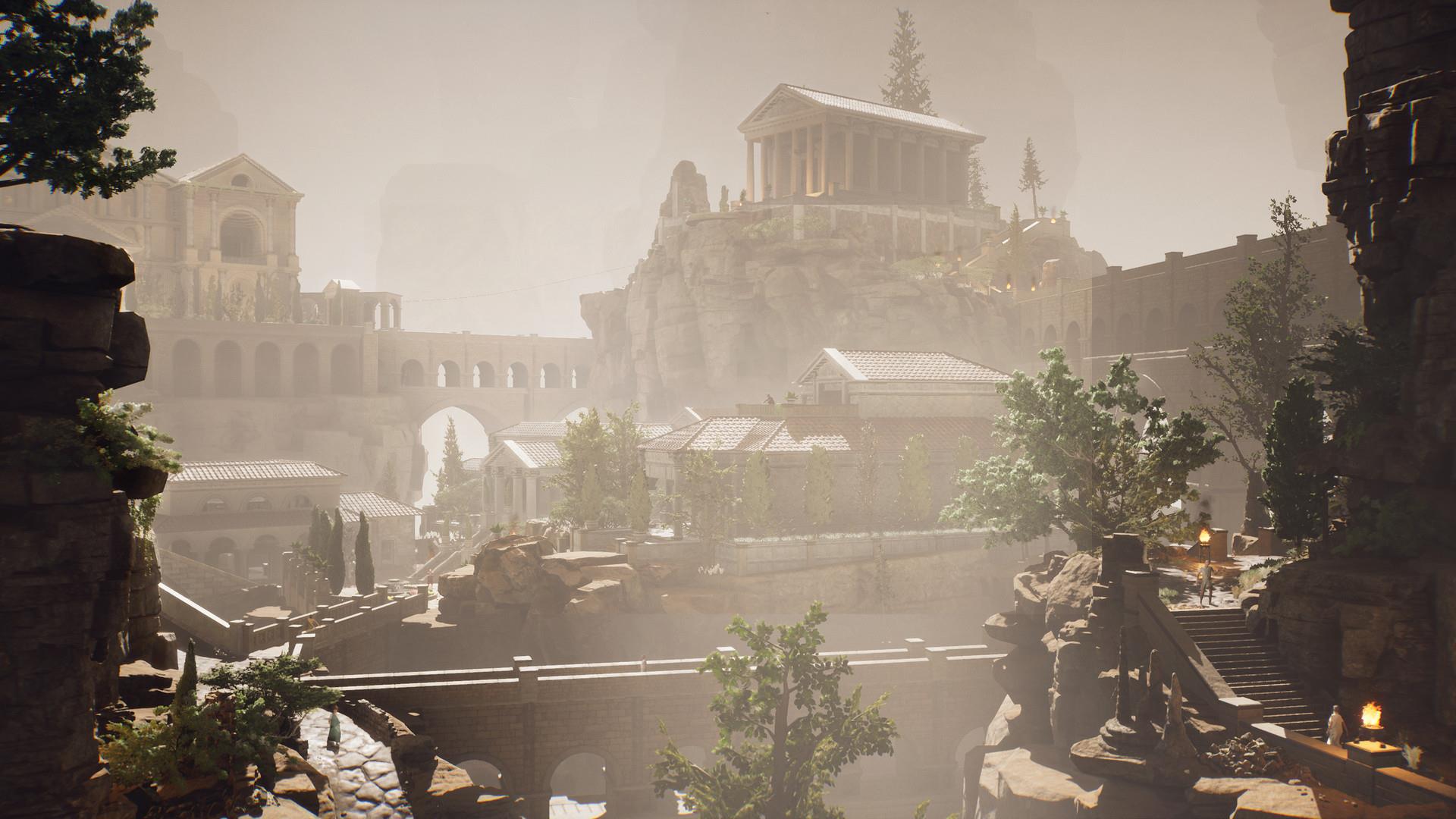 The Forgotten City is a revelation. Rarely have I played a game with a story so well-written that I was compelled to neglect my real-life needs. Sure, gameplay hooks have kept me locked to my controller for hours on end - but a story? And yet, there I sat, this very afternoon, playing The Forgotten City right through lunchtime and for hours after, ignoring the grumbling in my stomach in favor of fixing Roman elections and swindling marketplace swindlers that had swindled me first. 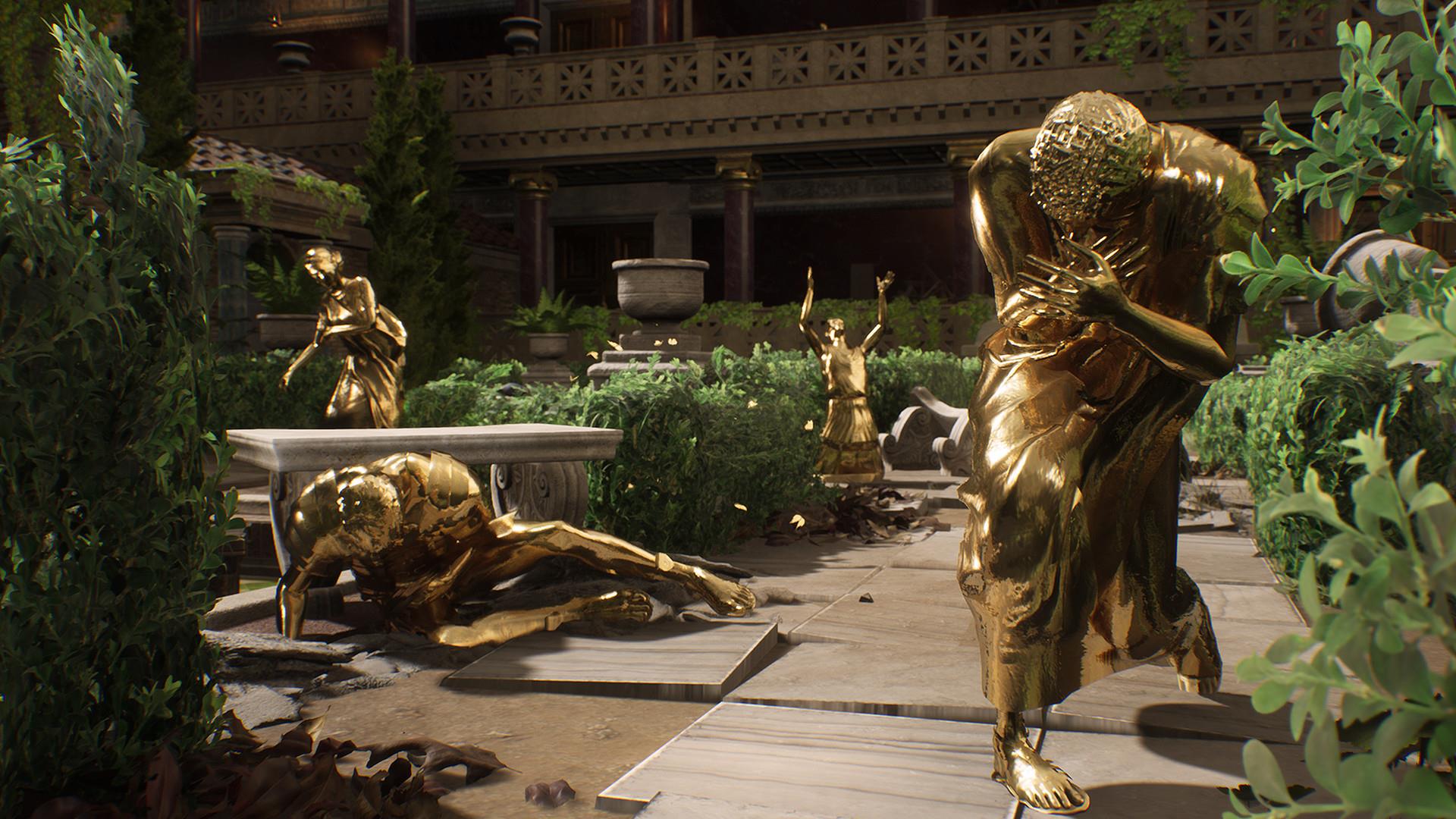 I've don't often think of video games as a primary medium for storytelling, in the same way I think of novels, television and film. Oh sure, there are plenty of games with stories that I have enjoyed, but without gameplay hooks to tie that story to, it is usually pretty difficult to maintain my attention. Imagine The Witcher 3 telling its labyrinthine sidequests without any of the combat. Or Fallout 4 asking the player to search for Shaun by just wandering the waste and chatting with people. It doesn't seem terribly exciting, does it? I love a game with a good story, but I don't come to games exclusively for that story. But The Forgotten City changes all of that - condensing enough narrative to fill a compelling season of television into a 10-hour game.

But by pulling back on every gameplay mechanic besides exploration and conversation, developer Modern Storyteller has created a modern classic; an adventure game with such strong hooks that I was kept playing almost incessantly until I had uncovered every one of the game's many secrets. The Forgotten City has skyrocketed Modern Storyteller to the top of my list of favorite developers, and I can't wait to see what this small team does in the future. Every new path I found, every conversation option I uncovered, every secret that was revealed; all felt as thrilling as any action sequence in any game I've played. The Forgotten City exists in the highest echelon of video game storytelling, and with very little fanfare, has taken its place among giants. 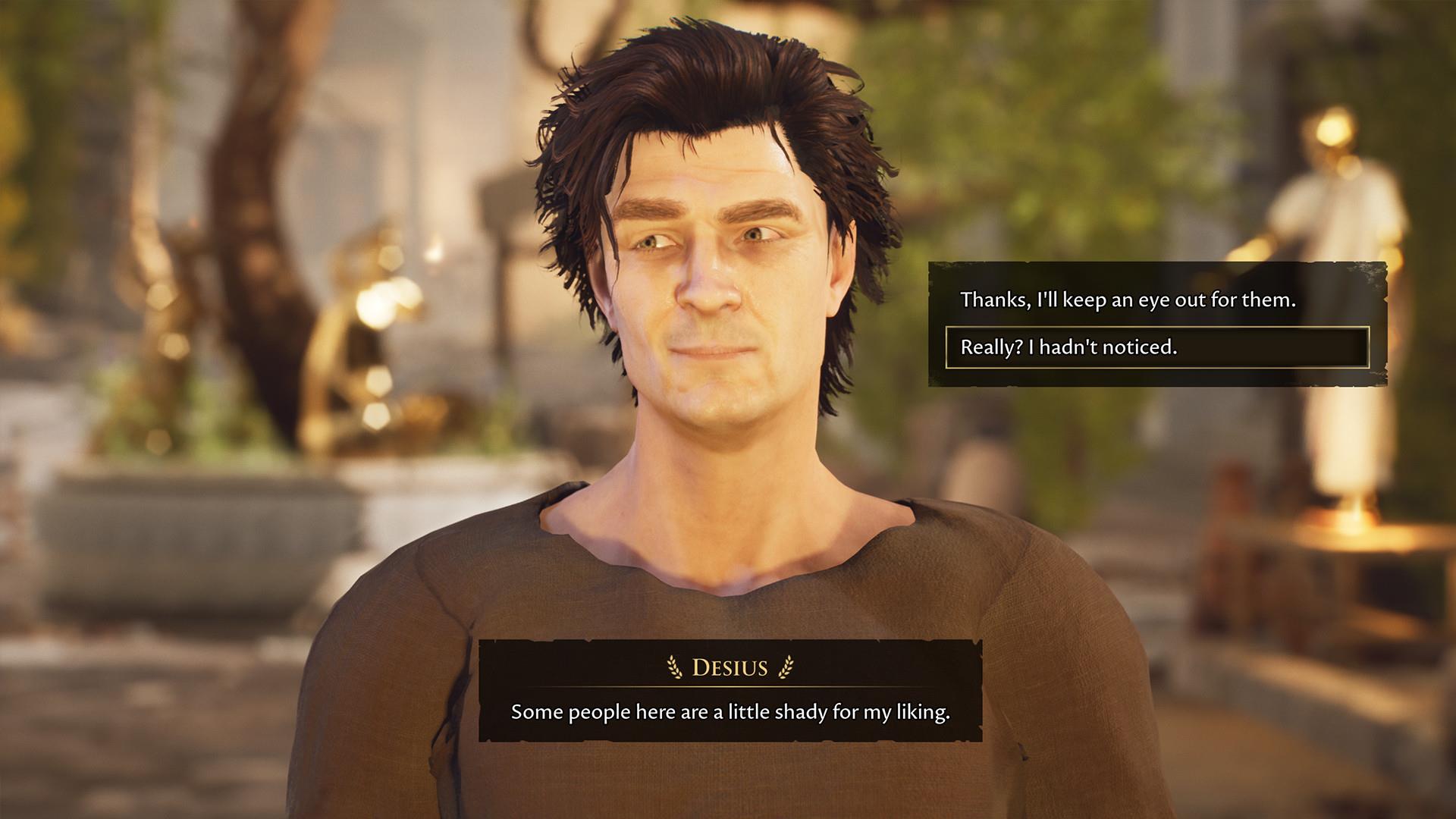 The Forgotten City originated as a very popular mod for Skyrim before spinning off as an independent release, and that DNA is all over this new release. Though this version of The Forgotten City has been entirely built from the ground up, at some points you would swear you were playing a Bethesda classic, from the very familiar controls to the way that characters suddenly turn to you when you get too close and say things like, "Oh, hello!" But make no mistake, you will not be wandering into a dragon's den in The Forgotten City. Though its origins are still clear, every "Fus-Ro-Dah" and nugget of Skyrim lore has been stripped out, replaced by a thick layer of fascinating real-life history and legend.

The story setup sounds complex, but is actually communicated very elegantly in the opening scenes. The player character finds themselves transported to The Forgotten City by a mysterious stranger who has pulled them from a river. Though the transition is initially disorienting, a bit of chat with the strangers found there sets up the basic premise. 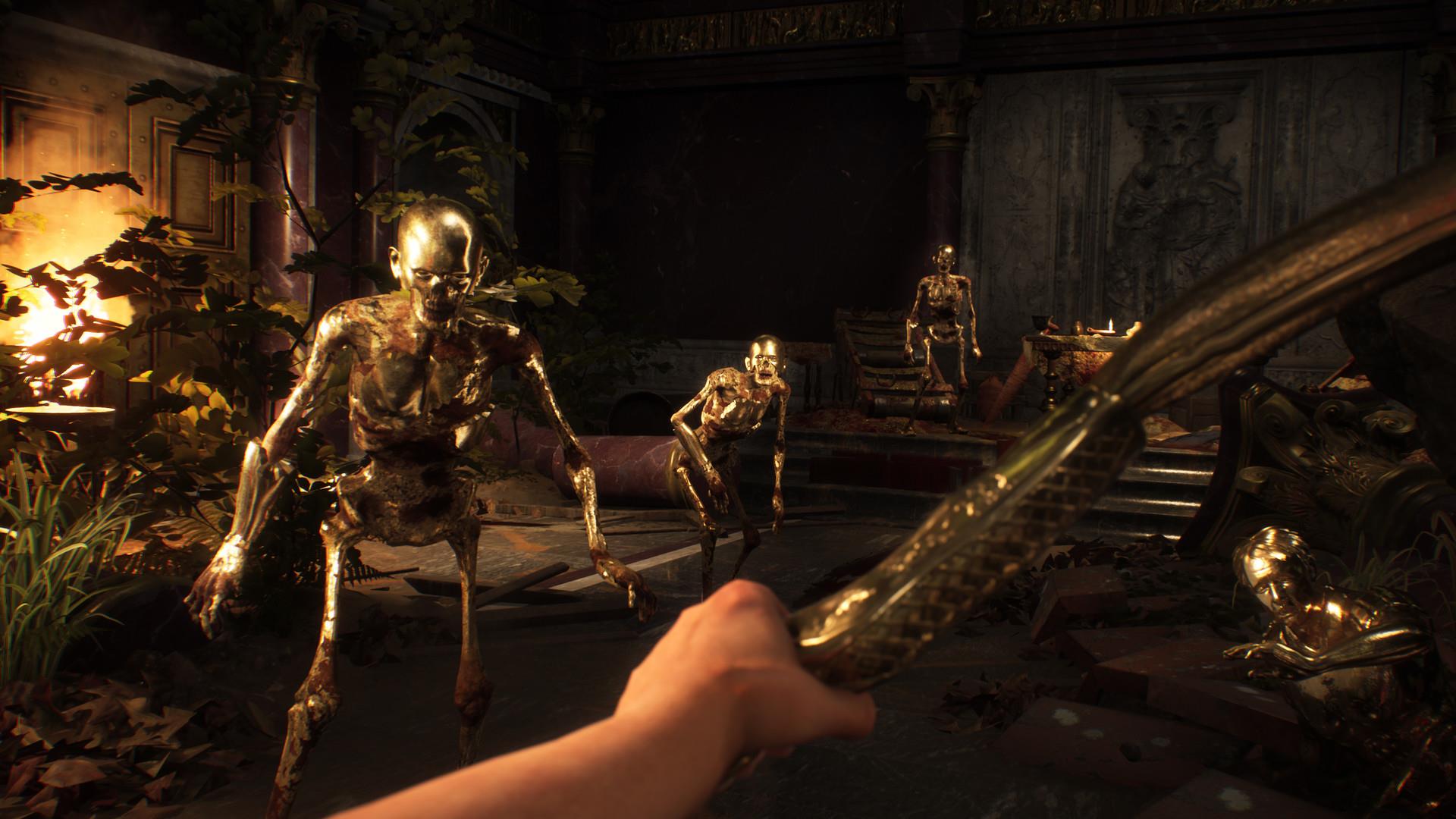 There are 23 people living in The Forgotten City, all of whom have arrived under mysterious circumstances similar to your own. But you have arrived from the modern world (and Modern Storyteller drops in enough contemporary references to make your origins very modern indeed), and the rest of the populace seems to have arrived from ancient Rome. Indeed, the city itself appears to be entirely Roman, with open plazas and bubbling cisterns scattered liberally about.

Each of the other citizens of The Forgotten City has taken on a role similar to that they played in their former lives - there is a tailor, a merchant, a doctor, a farmer, a priestess, etc. But each of these characters has their own history, inner life, conflicts, and motivations, which can only be rooted out by careful conversation. Make one wrong step and offend someone, and they will shut down forever, refusing to talk to you further. 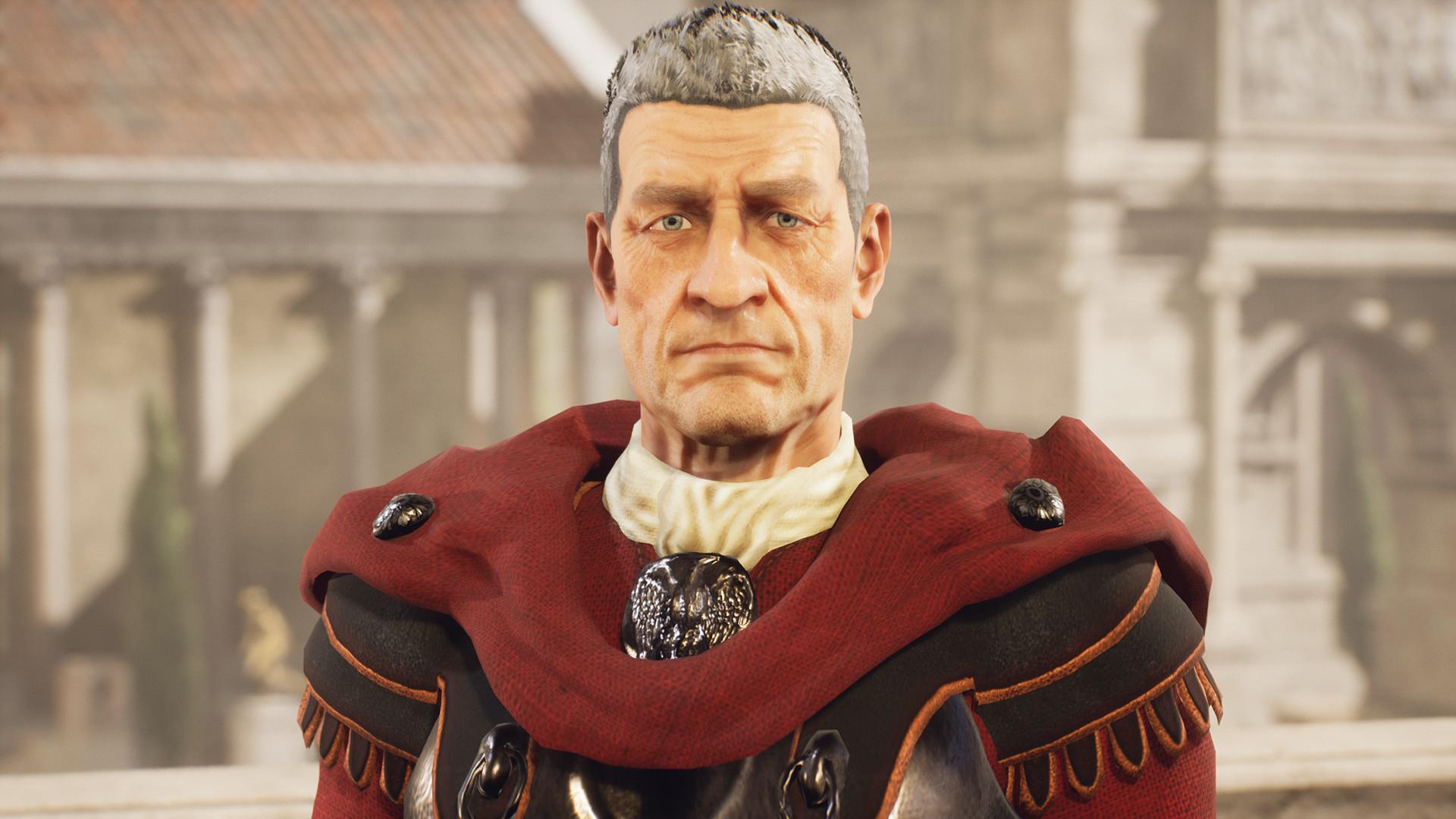 Luckily, you have a fairly magical way around that issue. The Forgotten City - and everyone in it - lives under a particular set of rules. There can be no sin whatsoever, and the first time that anyone sins, everyone is killed on the spot. Everyone, that is, except for you. Whenever a sin is committed, whether it be murder, assault, or theft, the ground shakes and a voice calls out that "all shall pay for the sins of one." You are then tasked with hauling your rear from wherever you are in the city back to the portal that brought you to The Forgotten City - where you are promptly sent through a wormhole and plopped right back out where (and when) you started.

While the map of the city is at first a bit overwhelming and complex, by the midpoint of the game you will be scooting all over the place, the entire Forgotten City burned into your mind. There is no wasted space here. Everything you see, everything you do, everyone you speak with has meaning that will eventually have a profound impact on the outcome of the game. 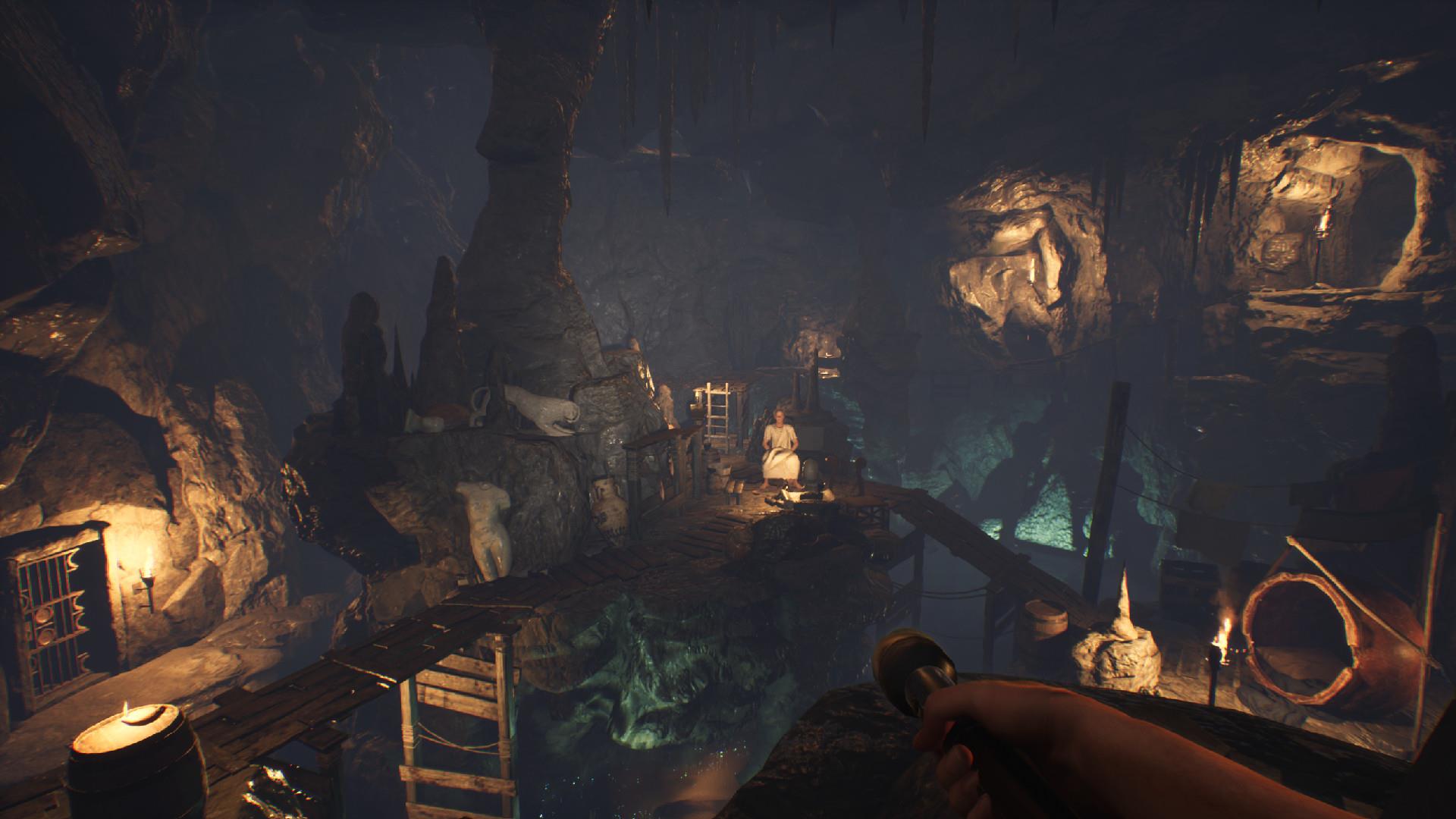 The developers of The Forgotten City come up with ingenious ways to allow you to carry some of your progress over from one run through the time loop to the next, but the real boon you gain is the knowledge you carry from all of your experiences. Before long, you know these people - all of them, and all of their secrets. You can casually drop bombs into your conversations and watch their minds be absolutely blown by your seemingly godly knowledge. You will know secret passageways you couldn't possibly know, be privy to conversations you shouldn't hear, and as you gain in knowledge, you also grow in influence, able to immediately elevate your prestige with just a few words. The effect is intoxicating and addictive.

But push your advantage too far, or make one misstep, and you'll be finding yourself booking it back to the portal whether you like it or not. These are only people, after all, and can only be pushed too far before they snap. Everyone in The Forgotten City is living under a great deal of stress, and much discussion is had concerning what is a "sin" and how people are supposed to tell right from wrong. At times, the discussion becomes downright philosophical in nature, but philosophical in the way a good episode of Twilight Zone, Star Trek, or Black Mirror might be philosophical - things are never dry, never boring. Indeed, while The Forgotten City often feels very smart, it never fails to be a very compelling video game. 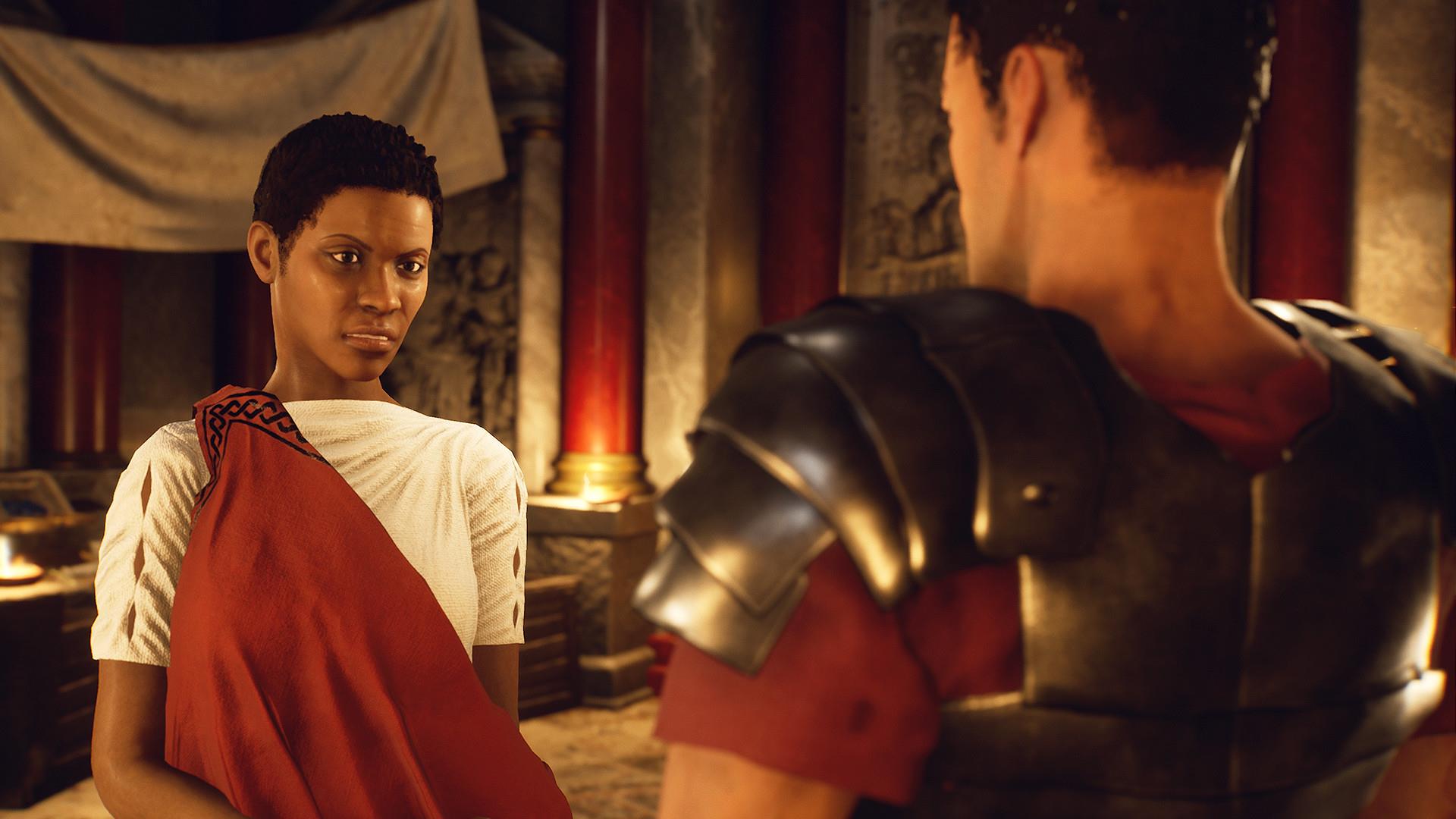 I'm dancing around a lot of The Forgotten City's story, as it would be a total sin to reveal too much of what is going on under the shining surface of this idyllic Roman town. But trust when I say that the story of the game unfolds like a flower, has layers like an onion, and you will be absolutely hypnotized as you wander the city uncovering all of its mysteries. I rolled credits on this game no less than three times, and each time I immediately shook my head and dove right back in to keep exploring. It's just that compelling.

The only thing that holds The Forgotten City back from a perfect score are a few small bugs I encountered while playing. Fans of Bethesda games will feel right at home with these, too; pathfinding issues for characters, a few load locks, one dude I found wandering around in a cave who absolutely should not have been down there. But these are technical issues that hardly detract from the stellar storytelling on display, smudged words in an otherwise pristine classic novel.

The Forgotten City is a revelation, a new way of constructing an adventure game that feels so much more interactive and lived-in than anything I would have previously considered "adventure." By focusing on exploration and the thrill of discovery, and inhabiting its world with very real-feeling and well-written characters, Modern Storytelling has created nothing short of a modern classic. Do yourself a favor, and dive into this portal without hesitation.

The Forgotten City is a modern classic, an utterly compelling video game that reinvents the adventure genre through intriguing writing and exploration. With stellar voice acting, sparkling conversation, and story twists to spare, The Forgotten City is one of the best games I've played this year, and one of the best video game narratives I've ever encountered. Utterly original, completely entrancing.