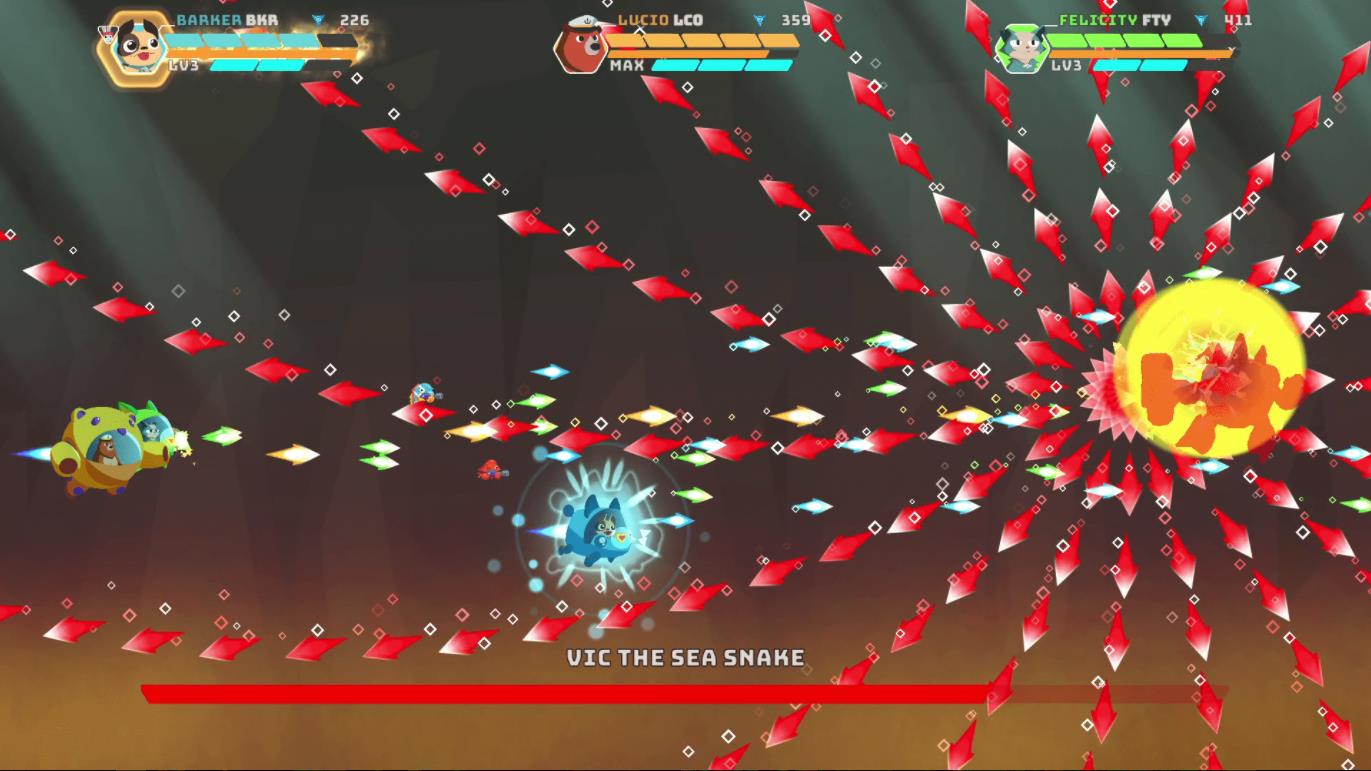 Earlier today, Games N Moorer's Joseph Moorer pressed "Start" on B.ARK, the gorgeous new hand drawn shooter from Tictoc Games. Joseph is a shoot 'em up fanatic, so it should be no surprise that he is pretty enthused about the game. As usual, Joseph runs viewers through all of the game's mechanics, and allows the somewhat surprising (and beautifully animated) opening cutscene play in its entirety - twice, because he seems to love it.

Released on July 29 on Nintendo Switch and Steam for 9.99 (and currently on sale for $7.99; Joseph keeps saying $8.99, but he is WRONG), B.ARK is the story of an animal crew fighting for survival in a hostile, bullet-filled universe. A recent press release breaks down the story: "When our Solar System faces an invasion of aquatic cyborgs, four unlikely heroes rise in defense. Wearing powerful mech suits, Barker the Dog, Felicity the Cat, Lucio the Bear, and Marv the Rabbit each come equipped with special abilities encouraging cooperation.

“We’re fans of both cartoons and co-op shooters, and we wanted to pass on that love to a new generation,” said Abraham Morales, co-director, Tic Toc Games in a provided statement. “We’ve merged our passions into an action-packed game and we’re excited to share it with everyone on Nintendo Switch and PC today!”

If you have watched the stream in its entirety, you will have noticed that Joseph beats the game on the hardest difficulty on the most difficult level. His enthusiasm for B.ARK is palpable as he plays through the entire game. You can tell he loves a game when he starts screaming "Sir! Sir!" at it.