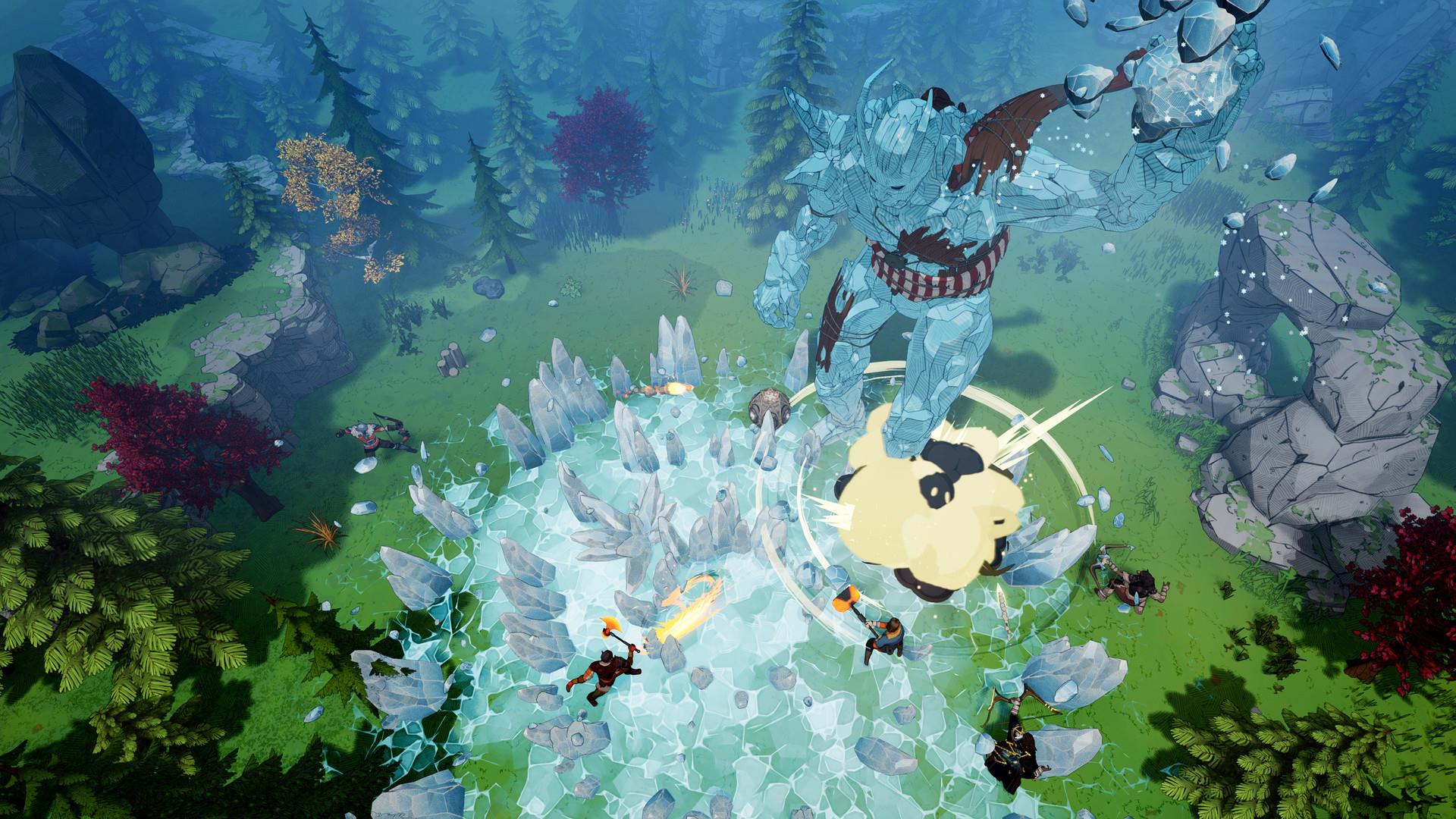 Tribes of Midgard is a crazy game to try to describe. One part Diablo, one part Valhalla, with a bit of MMORPG and roguelike gameplay thrown in and a heavy focus on exploration and teamwork. A large part of sitting down to play Tribes of Midgard is figuring out what the heck is going on in Tribes of Midgard. Developer Norsfell and Gearbox Publishing have put together something very original here, and piecing together what you should do next is half the fun. What is this thing? Where does my loot go? Should we level up the merchants or throw all of our souls to the seed (which we kept referring to as "the tree").

The Gaming Nexus crew played an early copy of Tribes of Midgard last week. What started as a one-hour play session quickly went to two, and then even longer. John Yan, Elliot Hilderbrand, myself, and Games N Moorer's Joseph Moorer had a blast trying to fend off the nightly attacks while figuring out how rebuild our village and fend off attacks from the lumbering Jotun that seem to constantly be lurking in the distance. It's a game of timing and cooperation, and we had fallen into a great rhythm when we finally had to call it quits. There is not telling how far we would have gotten, but I'm pretty sure we had at least four more nights in us when I decided to make my last, fateful run down south. Check out the entire session here:

Elliot is working on a full review for Tribes of Midgard (it'll probably be a few days, as I'm sure he will want to play the game a few times live with a crew of randoms to see how that goes). But in the meantime, take it in good faith that we had a blast playing this unique, fun, innovative game.

Tribes of Midgard is available today, July 27, on Steam, PS4, and PS5. The game is only $19.99, and take it from us, it is worth plopping down the cash - especially if you have a crew of friends ready to take on the game's many challenges.