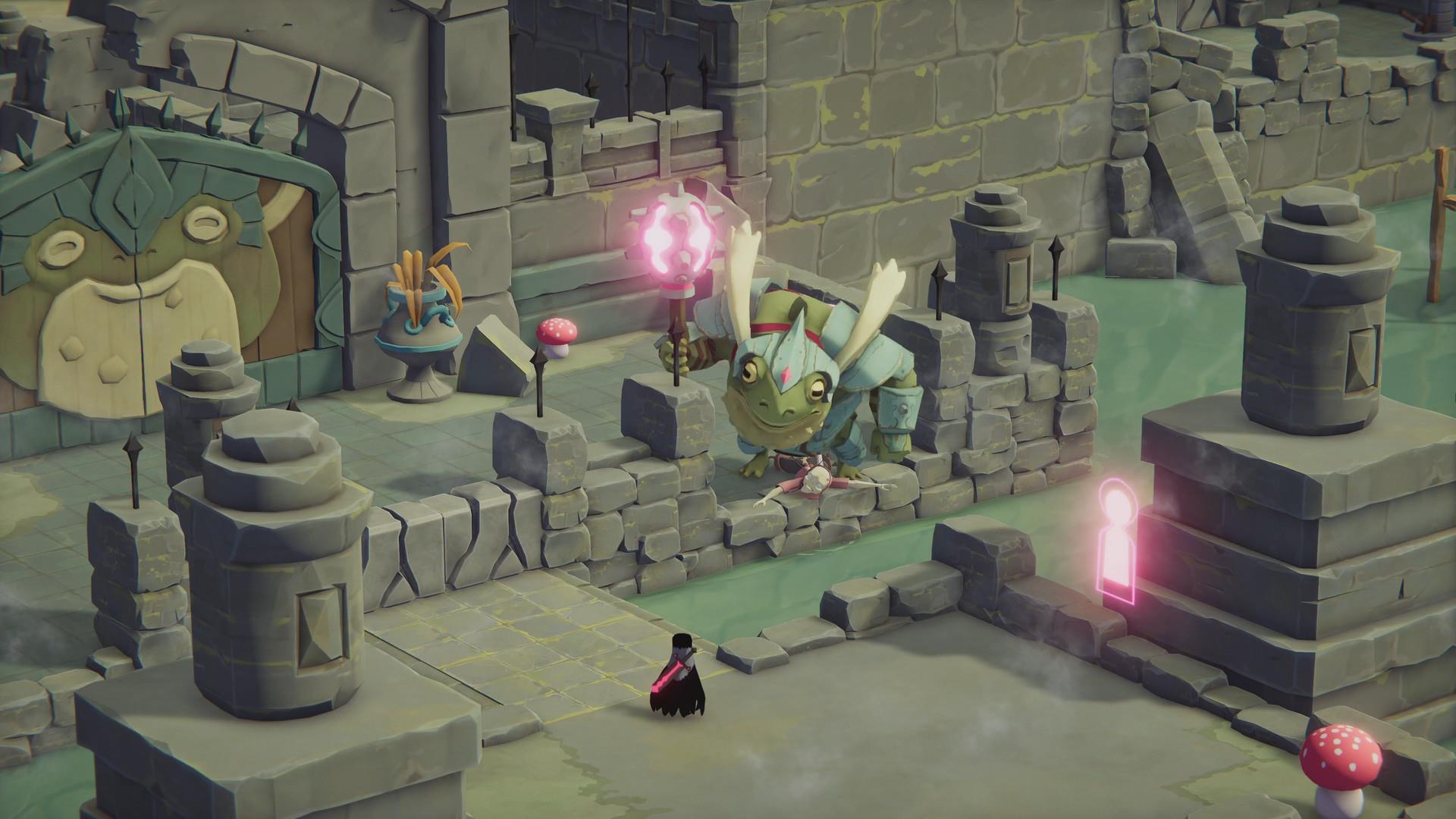 Games N Moorer's Joseph Moorer loves Devolver Digital games and Zelda-likes, so he was very excited to take a look at Death's Door as soon as the embargo ended. Jumping in, he played through the first two hours of the game, sharing Death's Door's systems and mechanics with "the council" - his regular audience that faithfully tunes in for his excursions into new games.

Death's Door released on July 20 on Steam and Xbox consoles. The game is currently sitting at an 86 on Metacritic, with a "Very Positive" rating on Steam. Some features (totally cribbed from the game's Steam page:

Reaping souls of the dead and punching a clock might get monotonous but it's honest work for a Crow. The job gets lively when your assigned soul is stolen and you must track down a desperate thief to a realm untouched by death - where creatures grow far past their expiry and overflow with greed and power.

Talon Sharp Combat: Utilize melee weapons, arrows and magic to overcome a fantastic array of beasts and demigods. Mistakes are punished and victory is rewarded. Gain an edge by customizing your character stats and mastering the abilities and upgrades you obtain.

A Beautifully Bleak World: Venture beyond the Doors and explore a land full of twisted inhabitants and countless secrets, bringing hope to the weird and wonderful characters you’ll meet along the way.

A Dark Mystery to Unravel: Track down and defeat colossal tyrants with stories and motivations of their own. Experience a somber yet darkly comedic tale, uncovering the truths behind the flow of souls, the role of the Crows and the origin of the Doors,