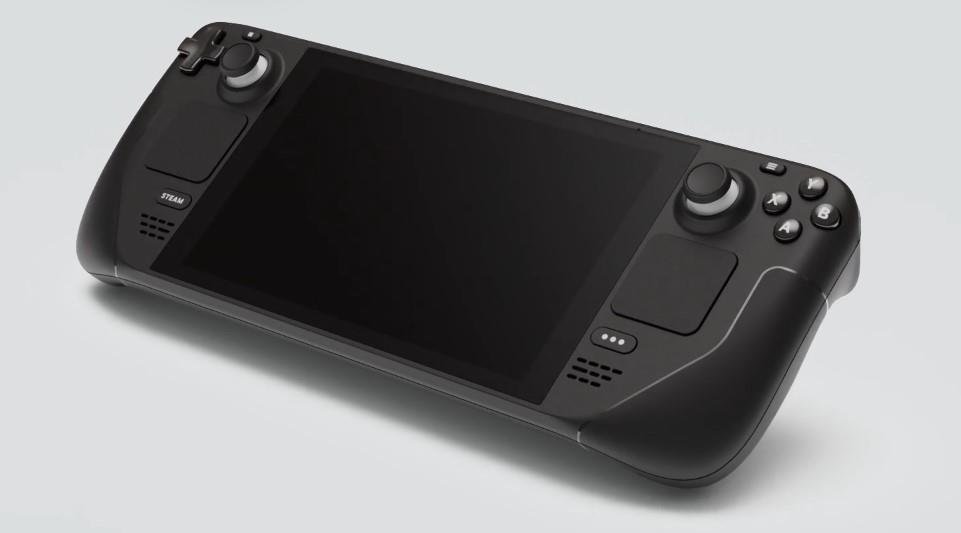 Thoughts on the Steam Deck

I’ve been thinking about picking up a GPD Win for Windows gaming on the go. There are others as well, like the AYANEO and the ONEXPLAYER (What’s with these companies going all capital letters?) But with the announcement of the Valve Steam Deck last Thursday, I was ready to put my money down for the AMD powered hand held. So after fighting the crash of the website, I was finally able to put $5 down on a 512GB version. Why did I quickly agree to putting some money down on a hardware product without getting my hands on one to try?

Before I start: Valve, why couldn’t you come up with some name other than Steam Deck? You don’t know how many times I’ve typed Stream Deck into a search engine and it goes to El Gato’s great peripheral. I’m sure you had plenty of options to name this thing something better. But I digress.

So right off the bat, I am happy Steam went with AMD. They are using a mobile Zen 2 APU so the processor tech is based on CPUs released two years ago. AMD’s been killing it in the last two generations for CPUs with great performance per watt. For a mobile device, that’s OK and that’s because it’s going to be powering a screen that’s 720P. So on the go, it’s not going to need the horsepower for AAA titles to shine on a smaller screen with lower resolution than a lot of gaming computers out there.

The GPU is an AMD RDNA 2 variant and unfortunately, I don’t have any experience with AMD GPUs. RDNA 2 is the architecture that powers the latest AMD graphics cards so it should have some great capabilities even in its mobile form. 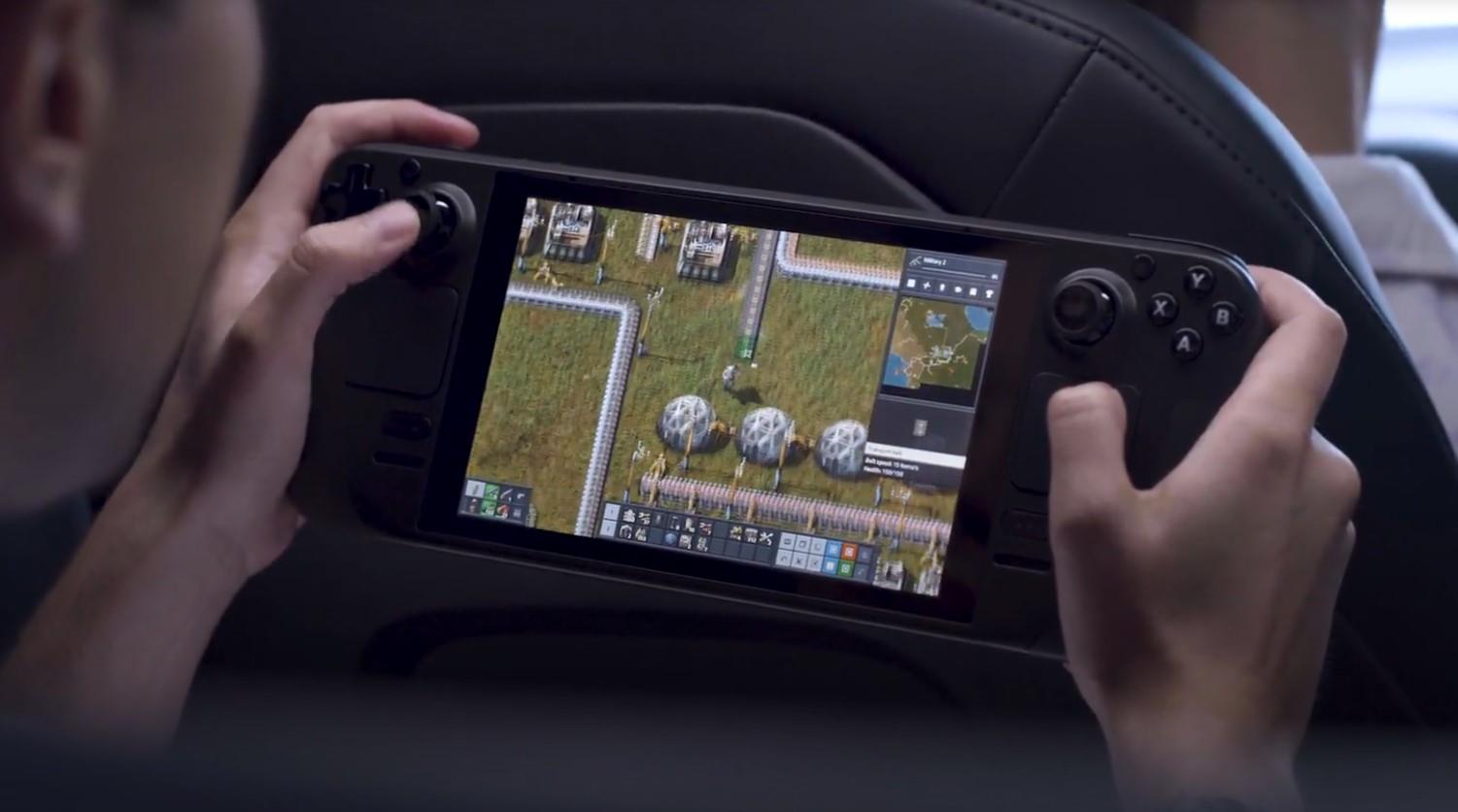 For the layout, the Steam Deck reminds me of a Switch crossed with a Wii U. Like the Wii U, the Steam Deck has both of its analog sticks at the top of the unit. For me, this makes the most sense and it’s the most comfortable position. I don’t like how one of the analog sticks on the Switch is near the center of the joycons. With how it’s being held, it’s not at the most comfortable position. But here on the Steam Deck, most of the buttons and controls are close to where your thumb is naturally positioned.

The triggers are analog, which is great and something that’s missing on some of the portable PC gaming units out there. Most seem to have digital triggers so you can’t do fine movement on them for things like racing games.

If you own pro controllers for consoles, you’ll know how great the grip buttons are and there are four here, two on each side, to let you have more control at your fingertips.

Valve has been a big proponent of the trackpads that they first put out on the Steam controller. I got used to them on the VIVE controllers as well as the small ones on the Index controllers. I think they have their place in certain types of games, and I am happy to see them included on both sides of the screen.

Speaking of the thumbsticks, they are capacitive so the Steam Deck will know when you place your thumbs on them, which is pretty neat. My only concern is their quality. Joycons on the Switch are known to go bad with drift and Valve’s own Index controllers have thumbstick issues. I had to get one of my controllers replaced because one wouldn’t click right when pressed. So, if there’s one part of this product that I have hesitations with, it’s the longevity and quality of the thumbsticks, especially in such a low profile device.

The 7” touchscreen seems like the right size for such a device. It’s LCD so not OLED like the upcoming Switch upgrade, but my hope is it’s going to be vibrant. Off the three models, only the 512GB one features an anti-glare feature so it will be interesting to see if there is indeed a difference in playing experience between the one that has anti-glare and the two that don’t. As I said earlier, I think the screen resolution is more than fine and having a lower screen resolution than a lot of phones won’t be an issue in my opinion and it will save power. I’ve switched resolutions on my Galaxy Note 9 and could honestly not tell the difference most of the time.

I was surprised that the Steam Deck will have gyros to enable motion controls. One place I can see this benefiting is racing and flying games. Most I am sure will use the thumbsticks, but to have the ability to steer a car by rotating the Steam Deck is something I’ve really enjoyed in other setups. Maybe they’ll even make it so you can do fine tune adjustments on your aim by tilting the Steam Deck. And for those that play pinball games, give me the ability to nudge the machine by flicking the Steam Deck. The gyros have a lot of potential as well and I hope developers can take advantage of it. 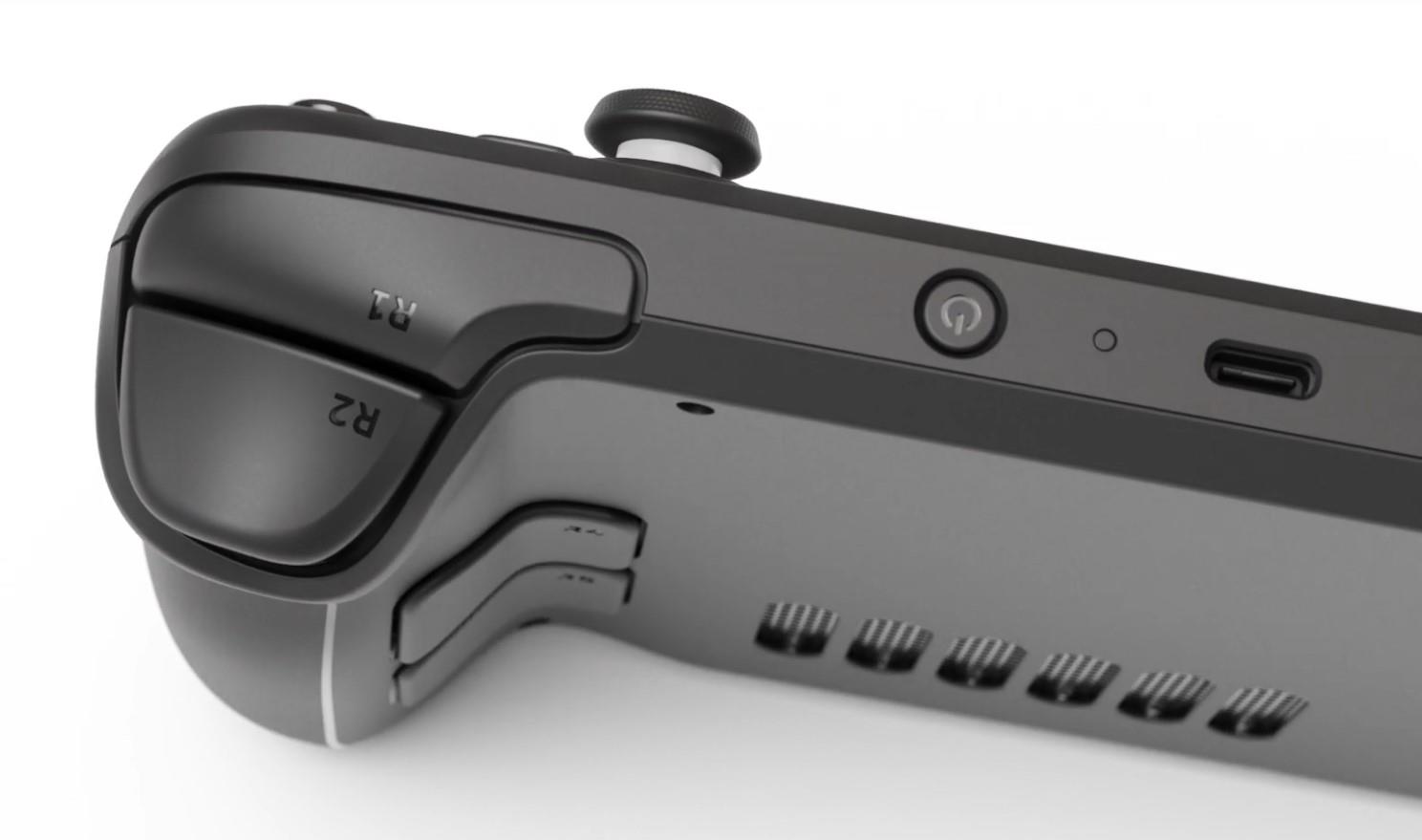 There’s going to be a 40Wh battery in this and Valve has given an estimate of 2-8 hours of gameplay. Of course, don’t expect to go anywhere more than two hours away if you’re playing something like DOOM Eternal or Red Dead Redemption 2 on it, but I can see it going a lot longer for lighter weight games such as Among Us. 40Wh is a pretty big battery for a device this size. For comparison, the Switch has a 16Wh battery, but that product isn’t a full fledged computer.

One of the few complaints I do have with the Steam Deck is that it only has one USB-C port. While I do like that it’s on the top and it can be used with any USB-C dock as well as the official one they will be selling, I definitely would’ve preferred another one or two more USB-C ports. Other products in this category have multiple ports and I definitely would’ve loved to have seen one on the bottom for the dock. The current design forces you to route a cable to the top when in the official dock. Another USB-C port on the bottom would have fixed this issue I think. Hell, I would’ve done some pogo pins on the bottom of the Steam Deck to connect to the dock rather than string a cable around like some tablets I’ve used. Either way, more USB-C ports would be something I think a lot of people would have liked on the Steam Deck.

The price points seem pretty reasonable. I know some people said Valve really just put out the $399 version just to hit that price point and it’s really not the one you would want. Let’s take a step back for a second. Other than storage, the $399 price option features everything the other two SKUs have. It’s a full freakin’ computer at $399 (or $50 more than a Switch). The hardware alone inside makes it a pretty powerful unit and you can do anything a computer can do in such a small form factor.  And remember, we have a chip shortage right now so pricing for components are a premium. Being able to offer this up for $399 is pretty amazing. 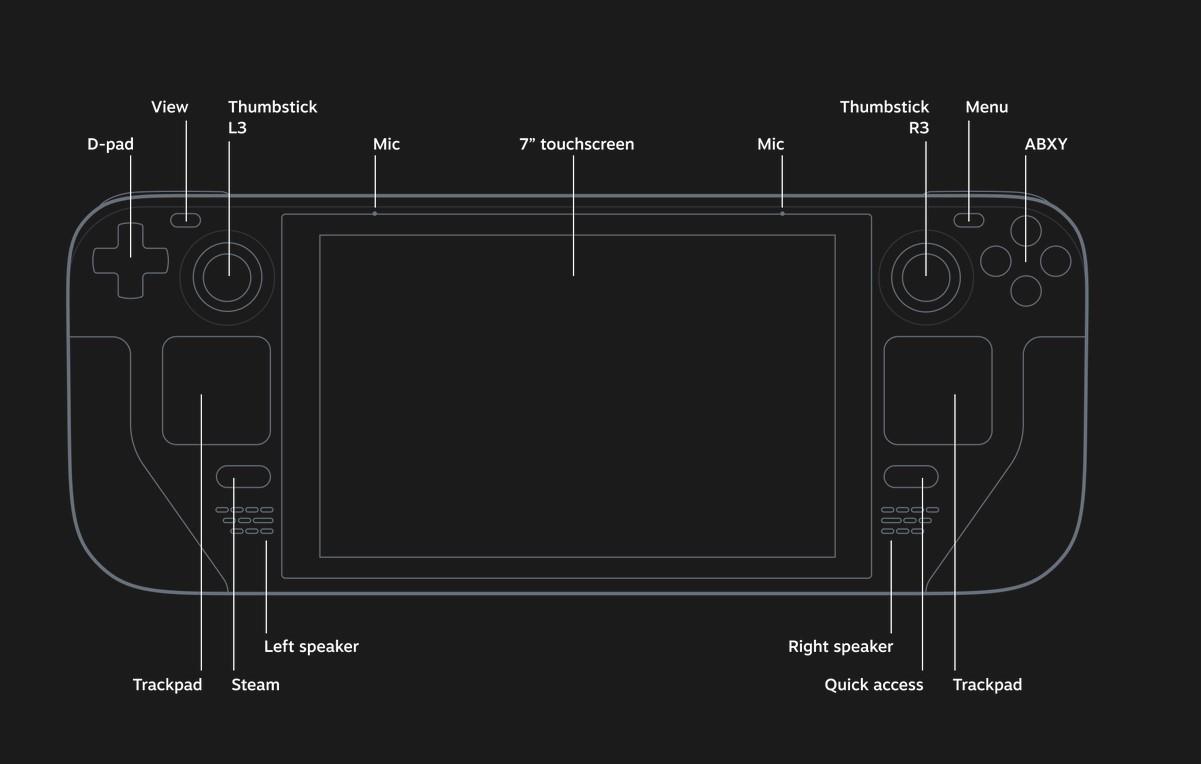 And with the microSD card slot, you can expand the storage on the $399 version easily. 256GB cards are in the $35 range and while it’s not as fast as NVMe, you can store your games on there to play with the 64GB eMMC holding the OS. It’s definitely a viable option, in my opinion, to experience the Steam Deck with little compromise. Even if you don’t expand the storage on the 64GB SKU, you can use it to stream all your games on the PC as well as other services like xCloud or GeForce Now.

Oh, did I mention you’re allowed to wipe the Linux based SteamOS and install Windows on it if you like? I’m guessing you’ll be able to install other Linux distros as well, but kudos to Valve for not locking the hardware down to their OS.

I did see the Steam Deck will have Bluetooth 5.09 support for controllers and audio, but I’m curious what codecs they support. I doubt it will have apX low latency, but if it does it would be great to be able to use one of the few aptX low latency capable headsets out there to experience virtually lag free gaming audio.

It will be a while before I get my hands on one. My order won’t be available until Q2 of 2022, but I’m pretty excited about it. I do some gaming via my phone with a controller clip to stream games and having a unit like this seems like a nice natural evolution for my gaming needs. There seems to be so many things to really like about the Steam Deck and I could see why it sold pretty well yesterday. Perhaps we’ll see some brand new games taking advantage of the mobile space on the PC side should things like the Steam Deck gain popularity. That would be something wouldn’t it?