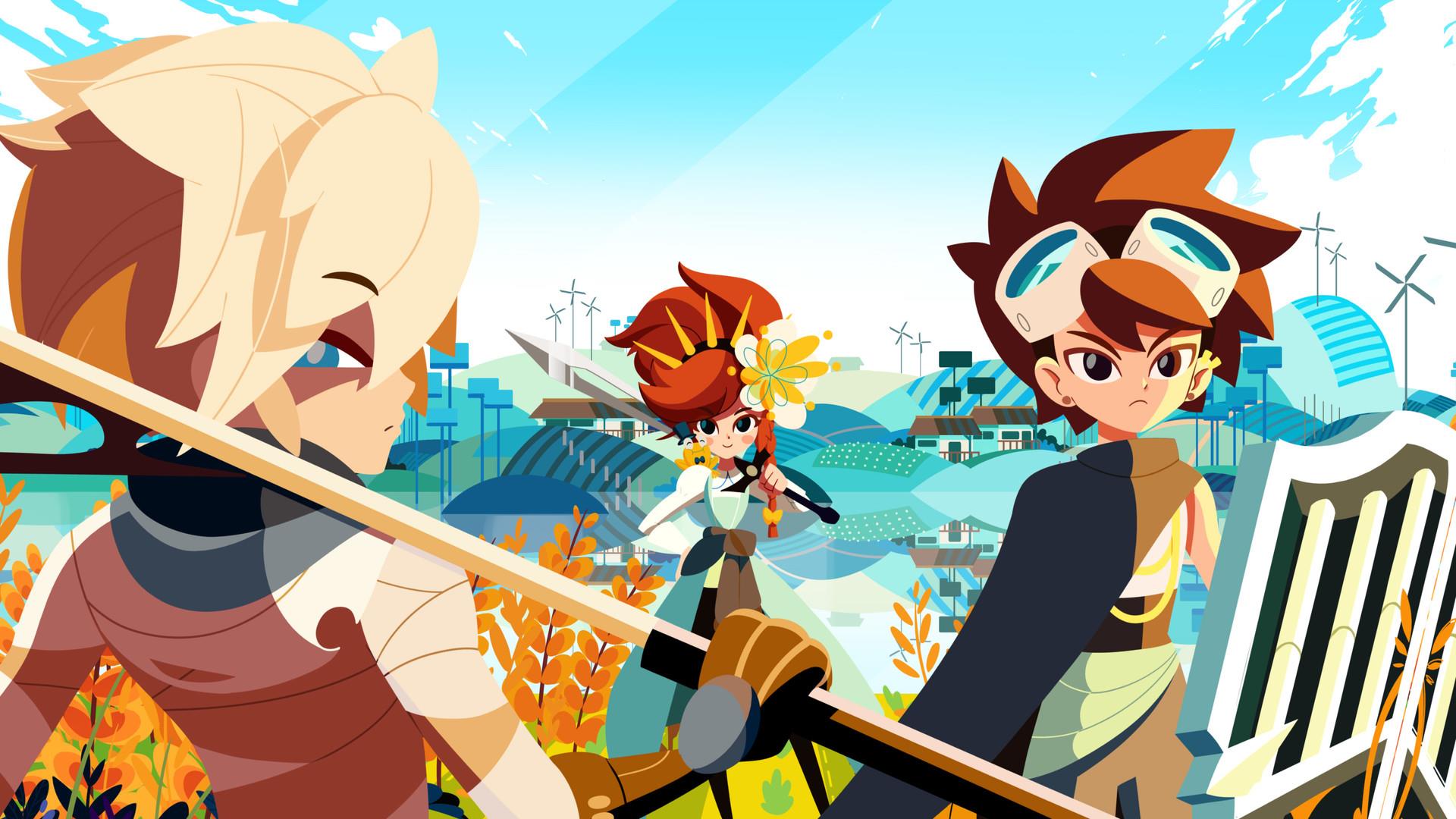 Written by Elliot Hilderbrand on 7/25/2021 for SWI
More On: Cris Tales

Do you remember the first time you fell in love with a video game? For me it was the fall of 1998. I was 11, almost 12 years old. My mom and I picked up my best friend Jay and were heading to the skating rink. Back then my elementary school used to have skating parties on Friday nights. When Jay got into our car he had brought his Game Boy with him, and with him a game that changed my life. Maybe you’ve guessed the game: it was the original Pokemon Red. 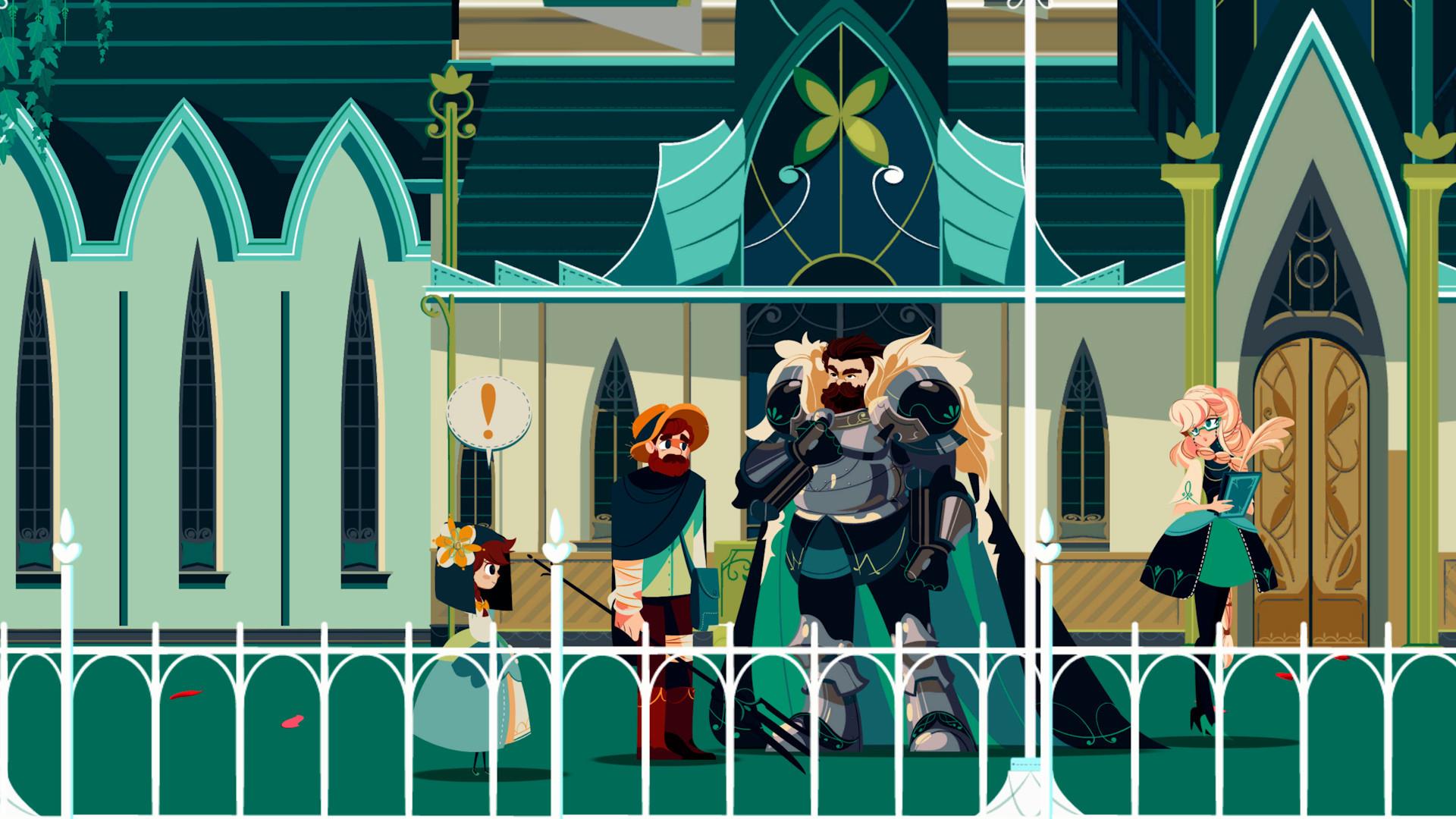 Jay had just purchased the game a week or so earlier and wanted me to try it because he wanted me to go out and buy the blue version so we could trade Pokemon. Everything about Pokemon appealed to me. Unbeknownst to me, the bigger trait was instilling a love for Japanese-style roleplaying games. The turn-based combat, the leveling up a party, they all spoke to me without relaxing what the playstyle was. Since then I have been hooked on the genre. Dragon Warrior, Final Fantasy, Golden Sun. I couldn’t get enough of the genre.

I mention this in talking about Cris Tales for one reason. One of the major marketing pushes the developers were making is how they want the game to be seen as a love letter to JRPGs of old. And simply put, they’ve nailed it—and I mean that in some great and not-so-great ways. Did you ever write a sappy love note to someone and then years or maybe even decades later reread the letter and feel embarrassed about what you’ve written? 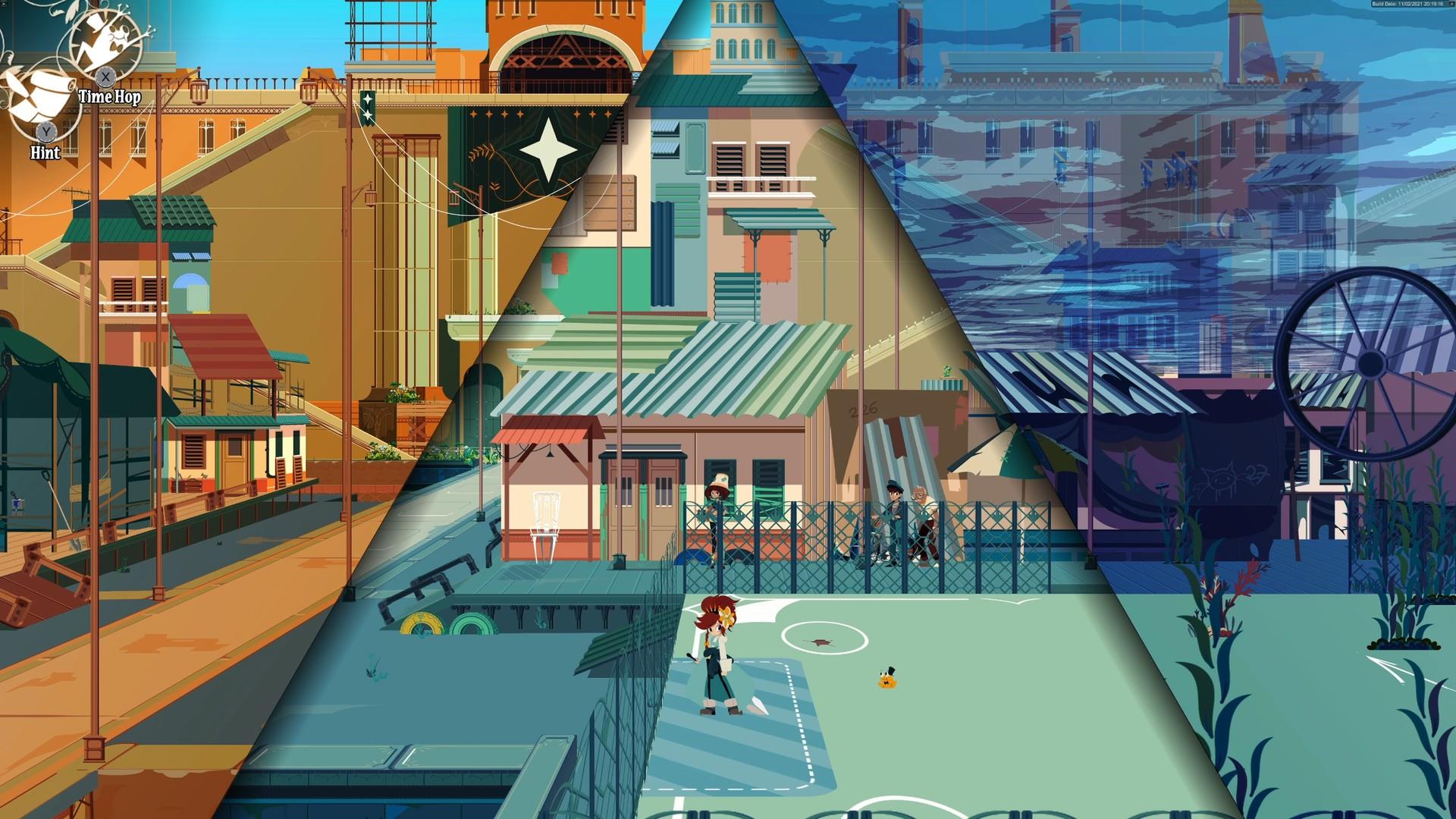 Cris Tales tells the story of Crisbell, a young woman who was orphaned as a child, and her discovery of being a time mage, a person who can see and alter the timeline around her. She can see the future or glance back at the past. This comes mostly into play in cities where she can complete a task in the past that can alter the current or future world; like plant a seed in the past, and then use the newly grown vines to climb up a wall in the present. The mechanics of time travel in Cris Tales are unique, but unpolished. When in a town it more or less feels like a gimmick once you’ve done it once or twice. Grab the blueprints that were destroyed, move forward in time to get through a wall that has been broken down in the future. While in these mechanics cities they feel like mini-games.

Being able to traverse time in combat plays a bigger, more vital role. Combat is a traditional turn-based game with a time travel mechanic thrown in. Crisbell is able to send enemies forward or backward in time, depending on which direction the enemies are coming from. Spray a baddie with water, then send them to the future, and now their armor is rusted. Plant a seed and send them to the past to give a giant area-of-effect spell that might have taken several turns in the current timeline to complete. Some of the combinations that you create look gorgeous. But sending baddies forward or backwards can have consequences to them as well. Send a young guard into the future and now he’s a well-trained fighter with more hit points and better spells. Fights can sometimes require some thinking, especially in a few of the boss fights where you may think you need to use Crisbell and company’s powers one way, but in fact you need to do the opposite. 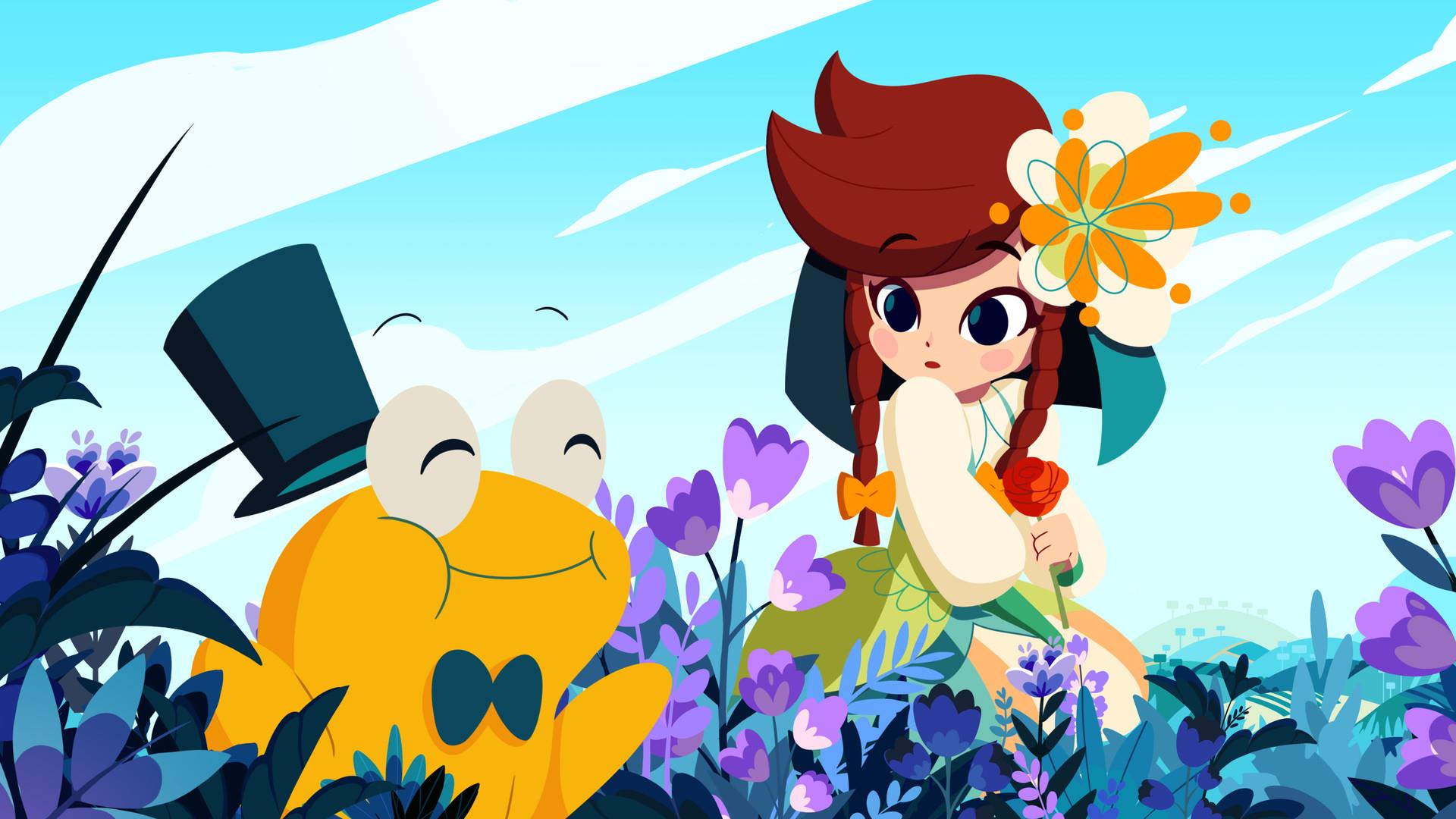 Crisbell is aided by a handful of compatriots, including a too-smart-for-his-own-top-hat-and-bowtie talking frog. In the beginning, party members Willhelm and Christopher feel too similar to Crisbell in terms of how combat is played out. Luckily by the time I felt bored with combat I gained two additional party members, K and Yas. These two are different enough to help spice up the combat. The time travel combat mechanic is fun and doesn’t bog the game down as much as I thought it would. In fact with Yas I found myself using the time travel part less and less because of the randomness Yas brings to the game. The combat isn’t groundbreaking, but is great for a turn-based RPG.

The load times in Cris Tales are terrible on the Switch. Everything you do requires a load time to do it. Battle encounters are typically random, and when the screen goes to white you have easily 10 to 15 seconds for your encounter to actually load up. So the randomness of battle is preceded by a 10-second load time. Every. Single. Time. Walk from one corner of a map to the next one, 10-second load time. Every. Single. Time. Again, Crist Tales wants you to think about JRPGs of days past. This reminds me of the terrible load times of the PlayStation era. The load times to be a huge turnoff from playing. Anytime a random fighting encounter took place I would reach for my phone to watch a TikTok because I knew I had plenty of time. Luckily this is the worst part of my experience overall. I thought that playing on my Xbox Series S might help the load times, but found them to be pretty much in line with the Nintendo Switch. 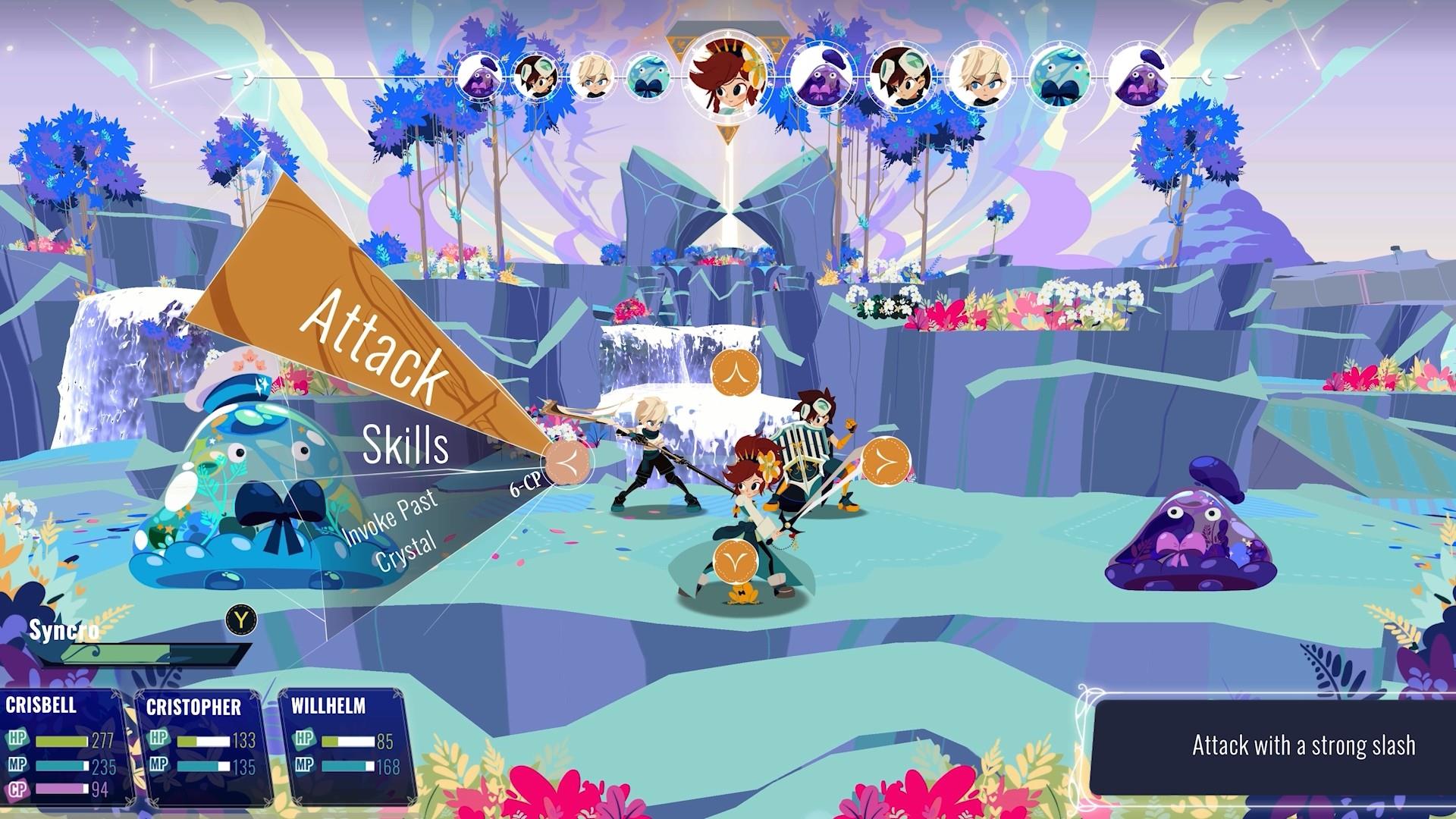 The feel of Cris Tales may seem like that of a typical JRPG, but the look is something else entirely. The hand-drawn animation is something I haven’t seen in a video game before. The attention to detail, the uniqueness of the characters. And not just the ones in the party. I am constantly admiring the look of everything. The fact that most towns were done in three styles—past, present, and future—adds to the look. I find myself going back and forth in towns to see how things have changed in the three timelines. The art in combat is also fantastic. Some combinations you can create are visually so pleasing that I keep going back to them to see them again and again. The music of the world is also worth mentioning. I rarely find myself drawn to video game soundtracks, but these melodies got my attention. I later found out that the visual and audio cues come from places like the Columbian River in South America, near where the developers are from.

I hate to give away anything about the story or ending, but I will without spoiling anything. Overall the story is a pretty normal fare here. Something about the simple townsfolk being taken advantage of by the big government. Workers being exploited, that sort of thing. Plenty of twists and turns kept me invested enough to see the story through to the end, but I wasn't sitting on the edge of my seat to see the next development. 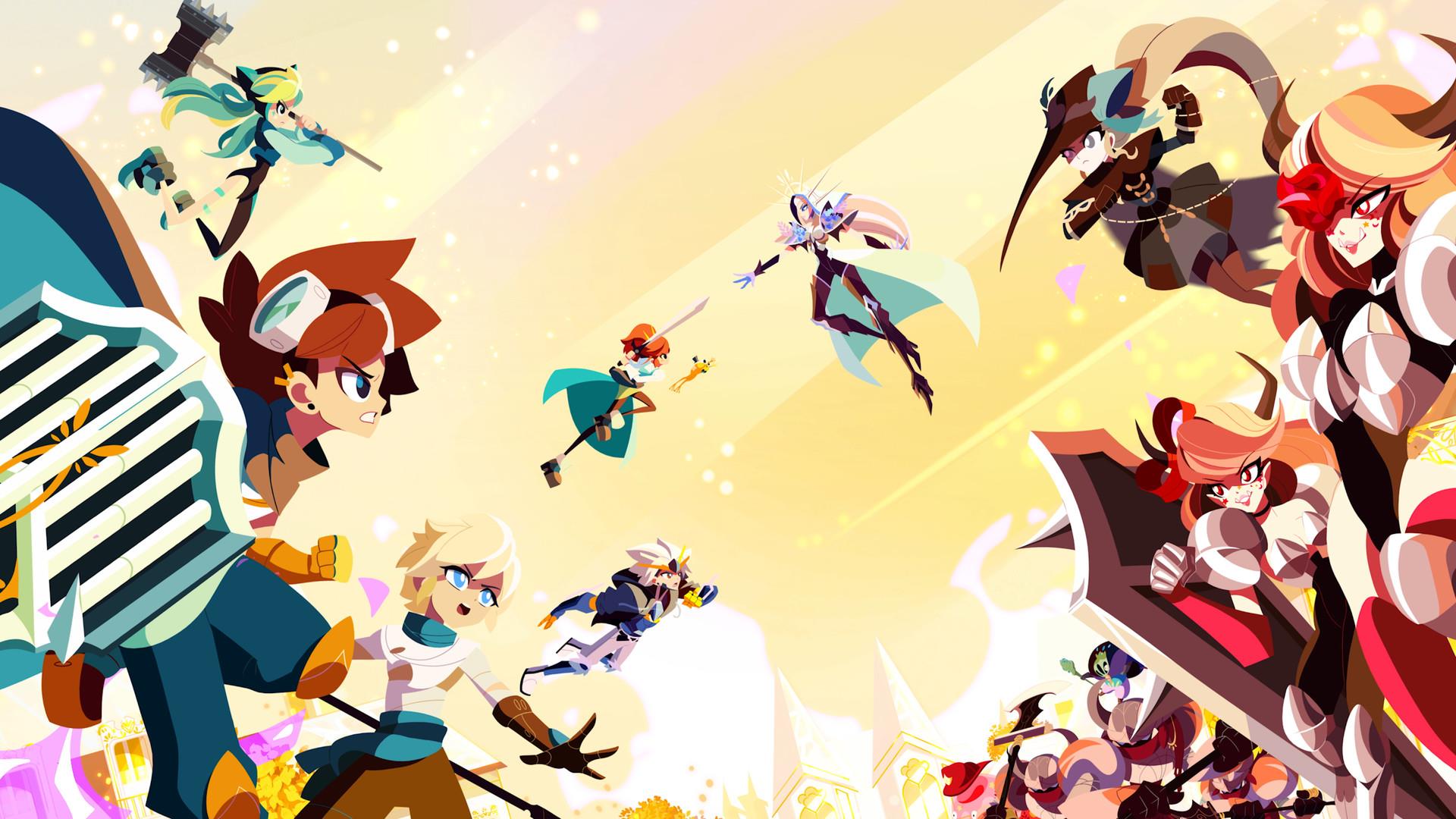 Besides the main story, there are plenty of side stories that I found myself caring for. Throughout the game you are typically given one of two decisions to make, save this, not that, help him or her, not both. By the end I thought I would reap what I had sowed. The build up towards the end becomes a little palpable, thinking something significant will take place because of the choices I made. However, all you get is a minute long slideshow. And a hint of more to come for Crisbell. The lack of consequences feels a lot like another RPG series I love: Mass Effect. By the third game in the series a lot of choices have been made, but have little to no effect on the story, just the illusion of effect. Unfortunately the same can be said here.

Cris Tales is a love letter to JRPGs, there’s no doubt about it. A love letter can come with some cringey things said in the name of love, like load times that make the game feel like it was made in the PlayStation era, combat that feels a tad repetitive, or a story that drags out a little more than it really needed to. But the errors can be overlooked. Cris Tales is gorgeous, there is nothing quite like it, and it sounds almost as pretty as it looks.

The developers of Cris Tales set out to make a love letter to the genre. When writing a love letter it's easy to cloud your judgement at times. You're after all so head over heels into it. Do you really care what others think? The load times, basic story, and unsatisfying ending are easy to overlook when you're in love with the genre. Cris Tales is too pretty to pass up if you want a taste of a nostalgic JRPG.