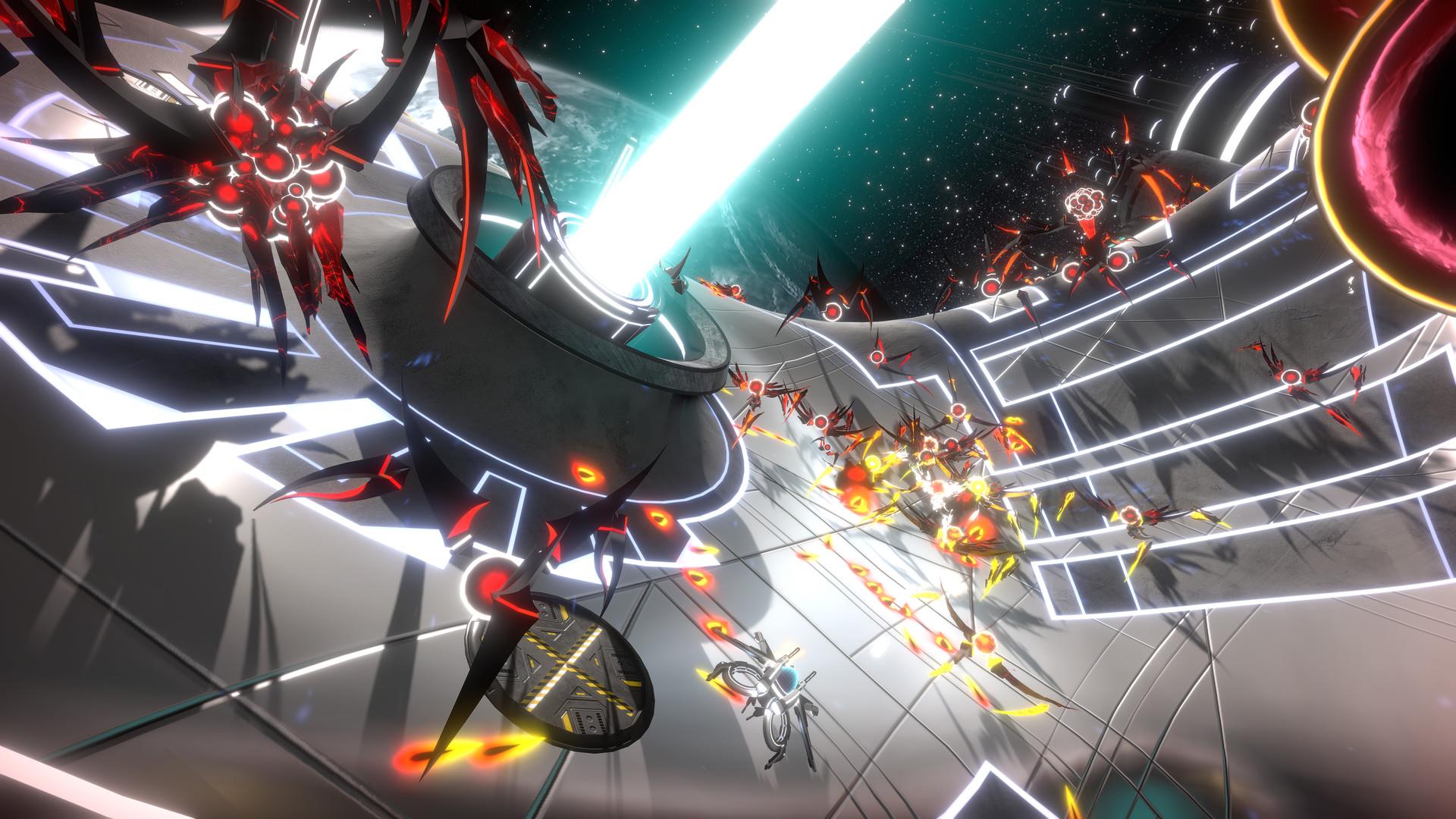 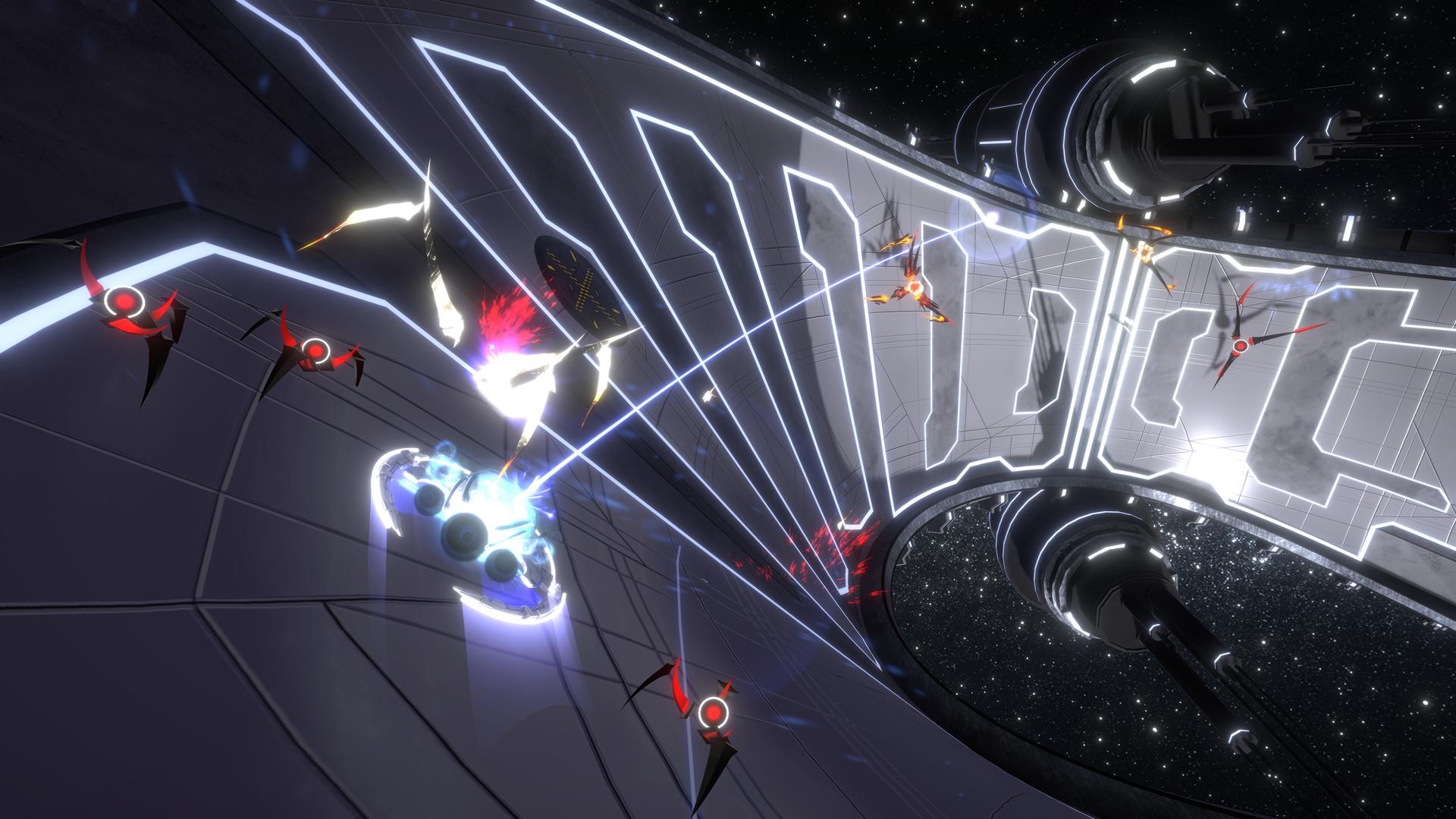 The gameplay behind Curved Space is simple: complete various objectives and destroy the different types of “spiders” on the field to clear each level with a boss fight here and there, at least for the campaign. However, this is where I started questioning something: is Curved Space really a twin-stick shooter? I won’t dwell on this for long but my initial answer to this question was no. When I think twin-stick shooters, my initial thoughts turn to, again, games like Robotron 2084 or The Binding of Isaac, games where one stick moves and the other fires your weapon in a multitude of directions. Curved Space uses a control stick to aim, but the Right Trigger button on the controller actually fires the weapon. You could argue that the game is a twin-stick shooter in that regard, using one stick to move and the other to aim, but that wasn’t quite what went through my head going into this.

You have a few game modes to choose from, with Campaign being the best place to start as the first few stages give you an intro to how the game works. The game takes place on stages that, in some way, wrap around themselves for a bit of a unique take on the genre. Instead of just flying around on the surface of a planet or sphere, it might loop inside-out, or you can take a path and pop up on the other side which might have a different design to it. You’ll unlock the lash and dash abilities as well as be able to pick up several different weapons that drop randomly from defeated enemies (at the start you can have two equipped that you can swap between). 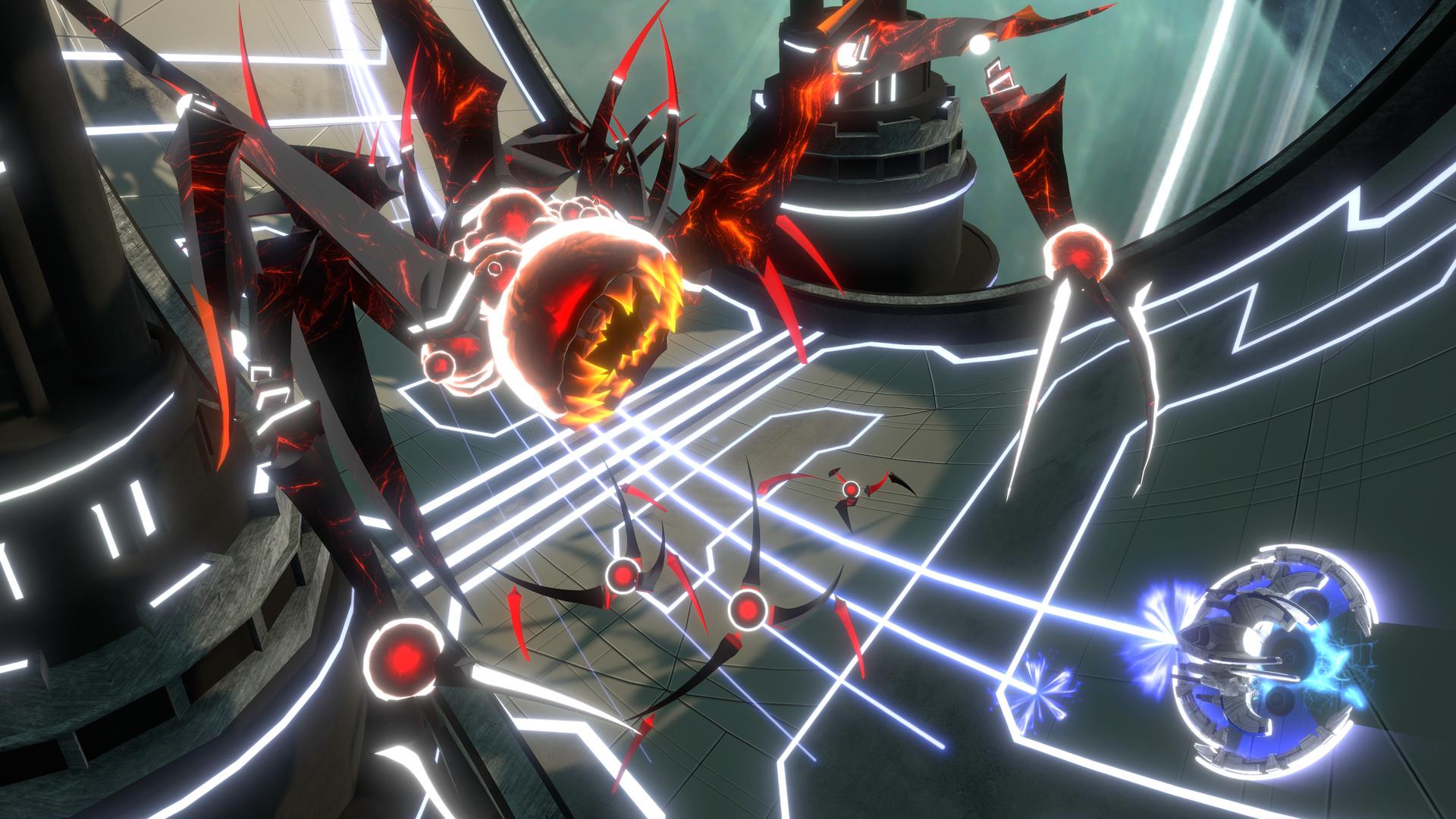 The weapons themselves are a mixed bag as some work really well against most enemies, while others, such as the sniper or javelin, are hard to hit enemies with as the projectiles are pretty small and the enemies themselves can have somewhat thin hitboxes at times. Some weapons also have limited ammo. If you have two weapons that run out of ammo, you’ll find yourself running around trying to find any weapon that may have been left on the ground.

Luckily after the first couple of levels you’ll have a new way to defeat enemies: lashing and dashing. If you lash onto an enemy you can then dash into it to damage them, minor enemies being defeated after one dash. You can also connect lashed enemies to small power stations to drain their energy. This makes it so you’re not completely defenseless if you’re not fond of your equipped weapons. Some enemies are easier to take out this way, such as Rollies which can curl up into an invincible ball and try to roll you over. Once you’ve cleared the first three levels, have your abilities, and have taken out your first boss, you should be ready to take on the rest of the campaign, right? Well yes, but this was about the point in my first session that I had to take a step back because it was kind of tedious getting there. 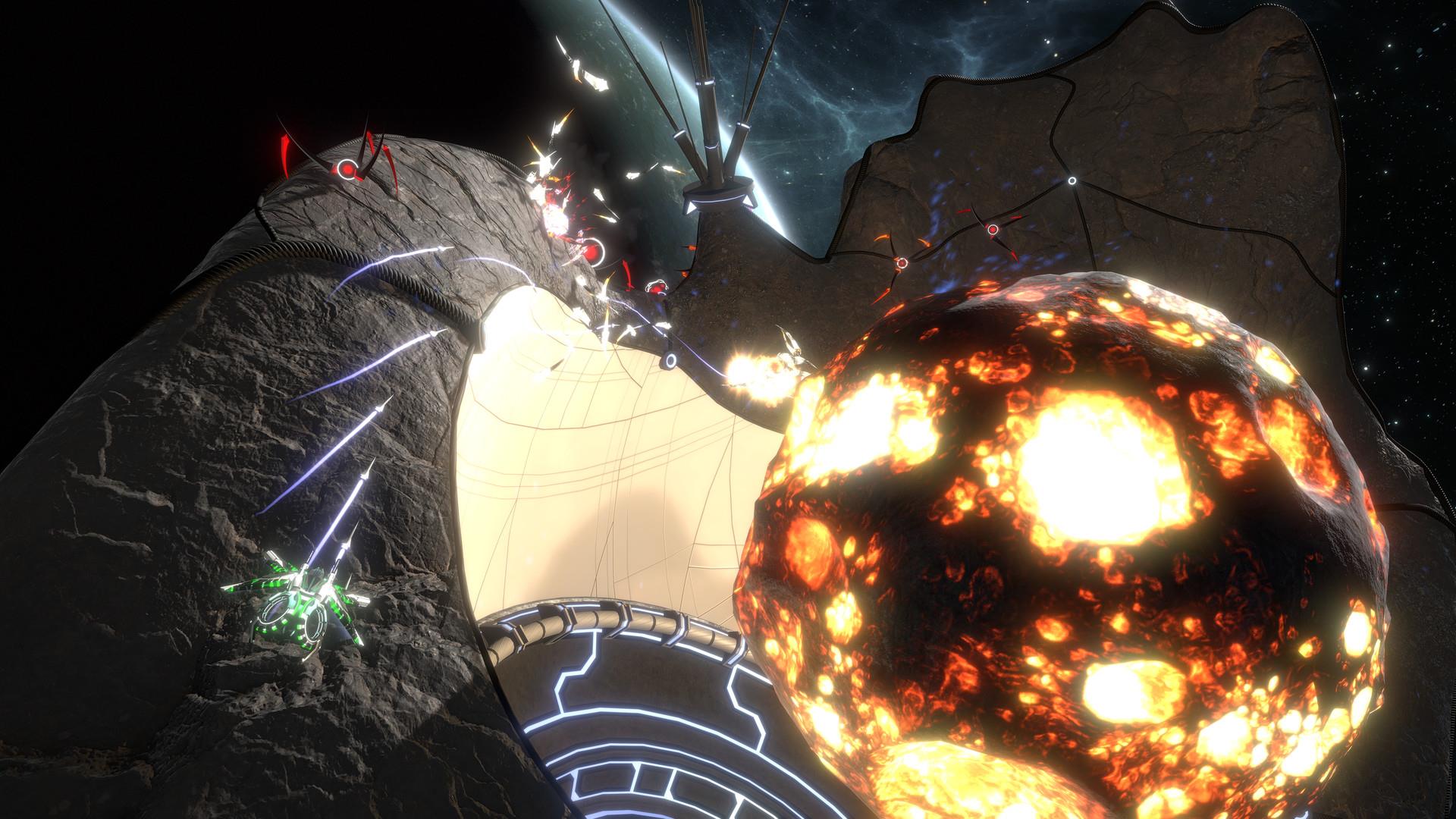 As mentioned, unlike other twin-stick shooters, the right stick doesn’t fire your weapon but instead turns your ship and moves the camera. This alone wouldn’t be an issue except that for whatever reason, the vertical part of the camera rubber bands back to the center once you release the stick. This is quite the annoyance as it’s hard to aim vertically when the camera keeps rubber banding and you lose track of what you’re aiming at. However, from what I can tell, you can’t aim your weapons up and down at all, meaning you can only fire at what’s in front of you.

All of this culminates in what was, at least for me, a very tedious first boss fight. The goal of the boss fight is to lash it onto a power station to drain its health. I tried to fire at it but with the bosses being pretty big—and you can’t aim upwards from what I can see—I couldn’t tell if my shots were doing anything (a couple of weapons that can see out enemies might work in this case). This is where the vertical aim rubber banding became the most annoying. Because of that, how the stages are shaped, and with how huge the bosses are, it became an issue just trying to keep it in my view. Furthermore it can be a bit difficult at first to lash onto it due to its movement and it takes a lot of lashes onto power stations to defeat it. It was tedious but I finally took it out.

And then something annoying happened. 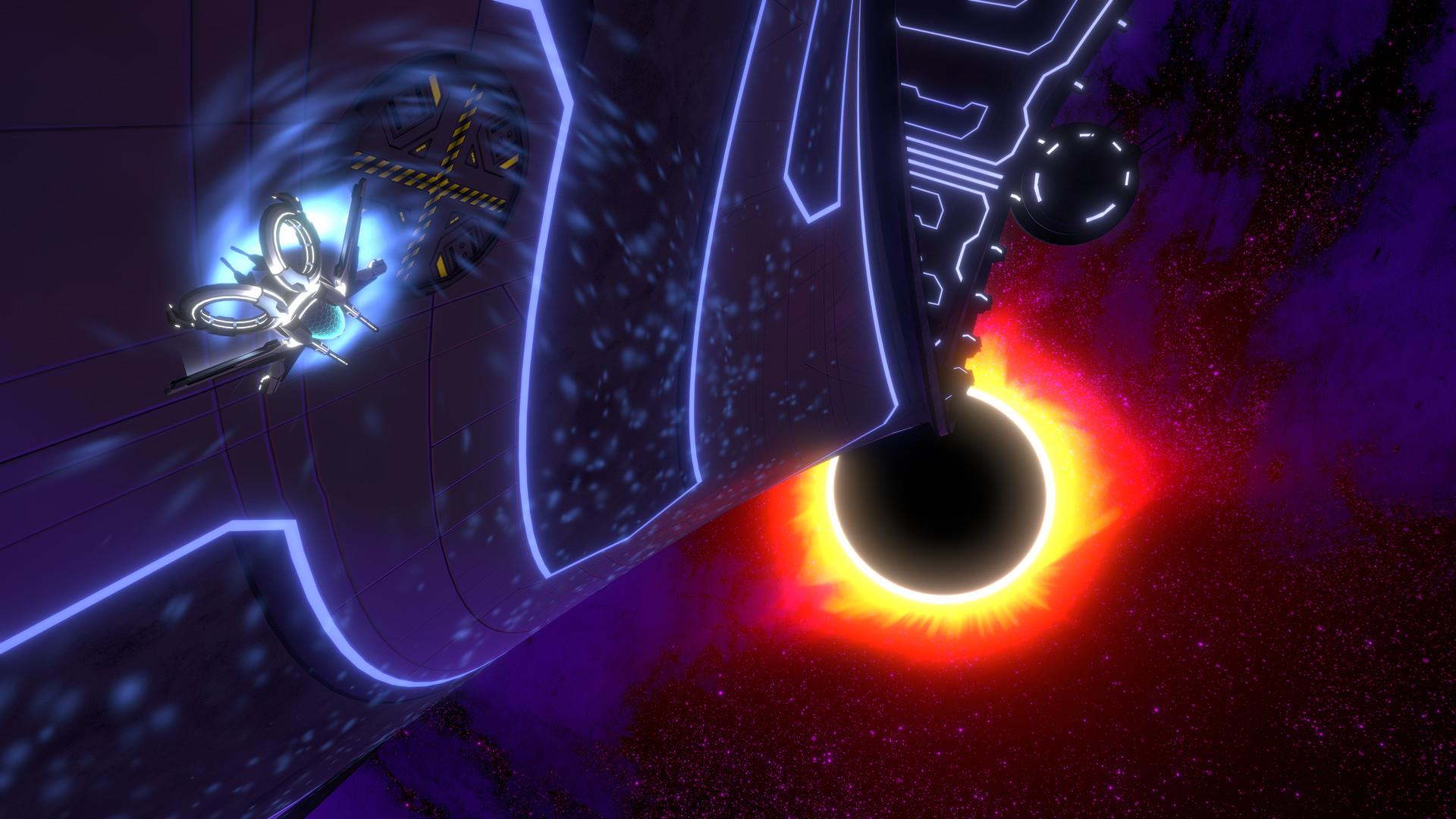 After beating the boss I decided to take a break. At the results screen I chose the option to exit back to the main menu. The game gave me the usual “unsaved progress will be lost” warning as games do, but I had just cleared the stage, so I thought nothing of it. When I went back later, I had to replay Level 3 because it didn’t save. In other words, the game doesn’t save a cleared stage unless you begin the next stage. This was pretty annoying. Though now that I knew how to take down the first boss it wasn’t quite as bad.

However, a new problem started presenting itself. If enemies surround you it can mean taking some decent damage in a small amount of time. However, hitting an enemy, or having them run into you, means you kind of bounce off of them. Having several enemies in close proximity attacking you, some with projectiles, and while trying to fight a boss, means you might end up bouncing around like a pinball and not being able to actually aim at anything. You do get to choose a power-up after clearing a stage to power up your ship a bit, which is nice. Except, similar to the weapons, you have to move your ship next to each one to see what it is instead of just giving you a list to choose from. 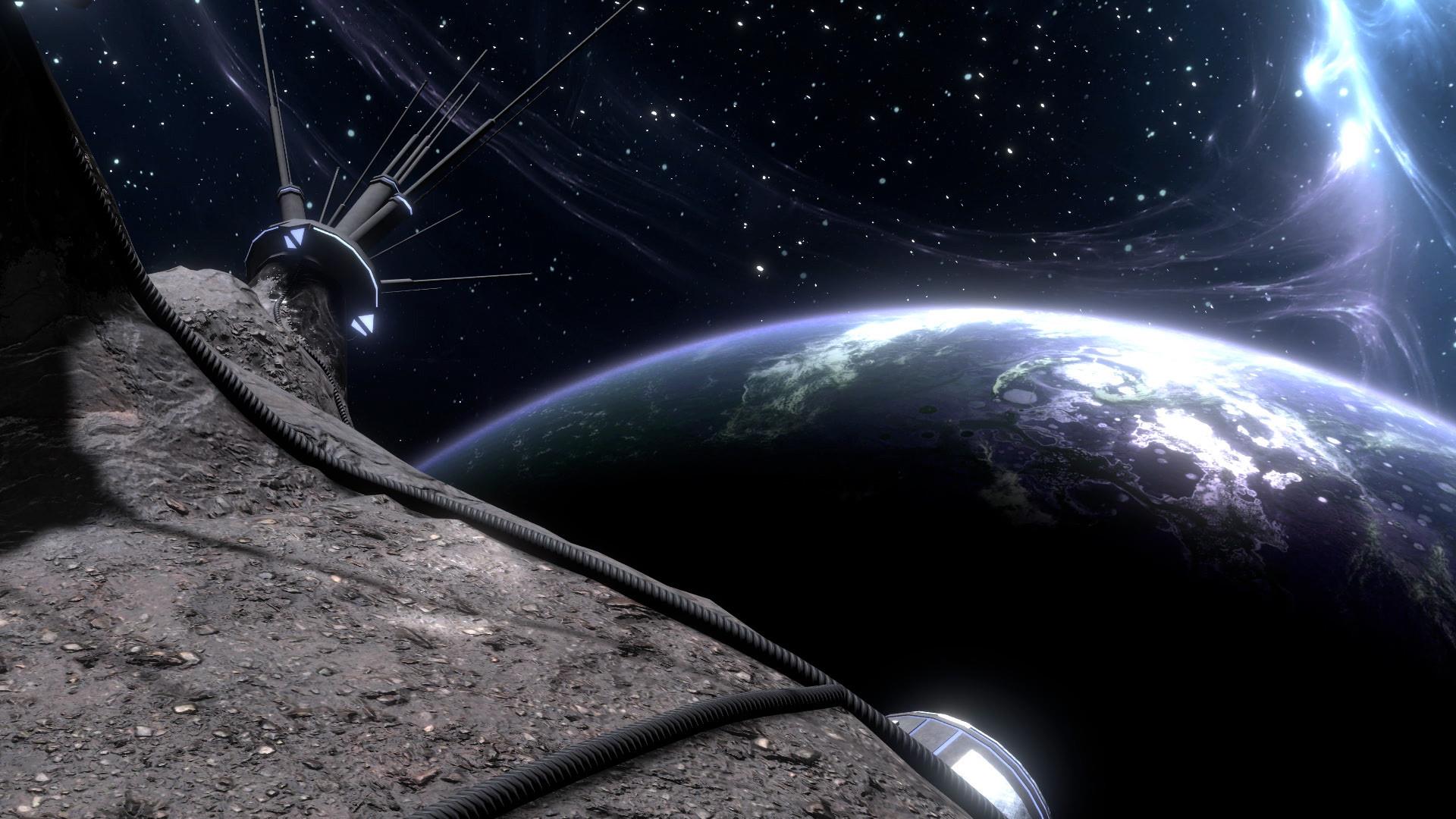 After playing through the campaign a bit I looked at the other game modes. Arena basically has you fight waves of enemies on a stage, but you only have one health. Endless has you fight off waves of enemies while under certain settings you can change such as a starting difficulty, making enemies more difficult to defeat, making yourself weaker, giving you more enemies, and so on. Survival is where I spent a lot of my time as it’s similar to Endless, except each round has several waves and after the final wave, the next round ups the difficulty. Once you’re at the highest difficulty the game still finds ways to make things harder by giving you more enemies to deal with and more difficult enemies in general. I’d say if you want a good way to train a bit if you get stuck on the campaign, Survival is a good way to go as, at least as far as I went, there are no bosses to worry about.

Curved Space is a game in which the concept is good but not quite executed well in some aspects. If the game controlled more like a traditional twin-stick shooter while maintaining the stage design concept, letting you shoot in any direction, that would have helped immensely. I also understand your ship getting knocked back a bit when taking damage, but the damage can come pretty quickly if you’re surrounded. It’s not fun getting knocked around like a pinball. When I took a break from the campaign and checked out the other modes, specifically Survival, I did begin to enjoy myself a lot more. While the issues I described are still there, the game just felt more fun when I didn’t have to worry about the giant bosses to deal with where I had to connect them to a power station to drain their health. In a way it felt more like an arcade game at that point. That said, Curved Space isn’t a bad game, but if you’re thinking the game will be something akin to Geometry Wars or Roobtron, you might be a bit disappointed.

Curved Space isn't quite what I thought it would be when it comes to twin-stick shooters, but that's not saying it's bad by any means. The concepts are interesting, flying around and shooting down enemies while on planets that can loop themselves inside-out. However the boss fights can be downright tedious and it's not fun getting bounced around all over the place when getting shot and hit by enemies. The Survival Mode is where I spent most of my time as it felt the closest to a twin-stick arcade-like experience. If you like space shooters you might want to give Curved Space a shot. But for those wanting a more traditional twin-stick shooter experience, you might be a bit disappointed.