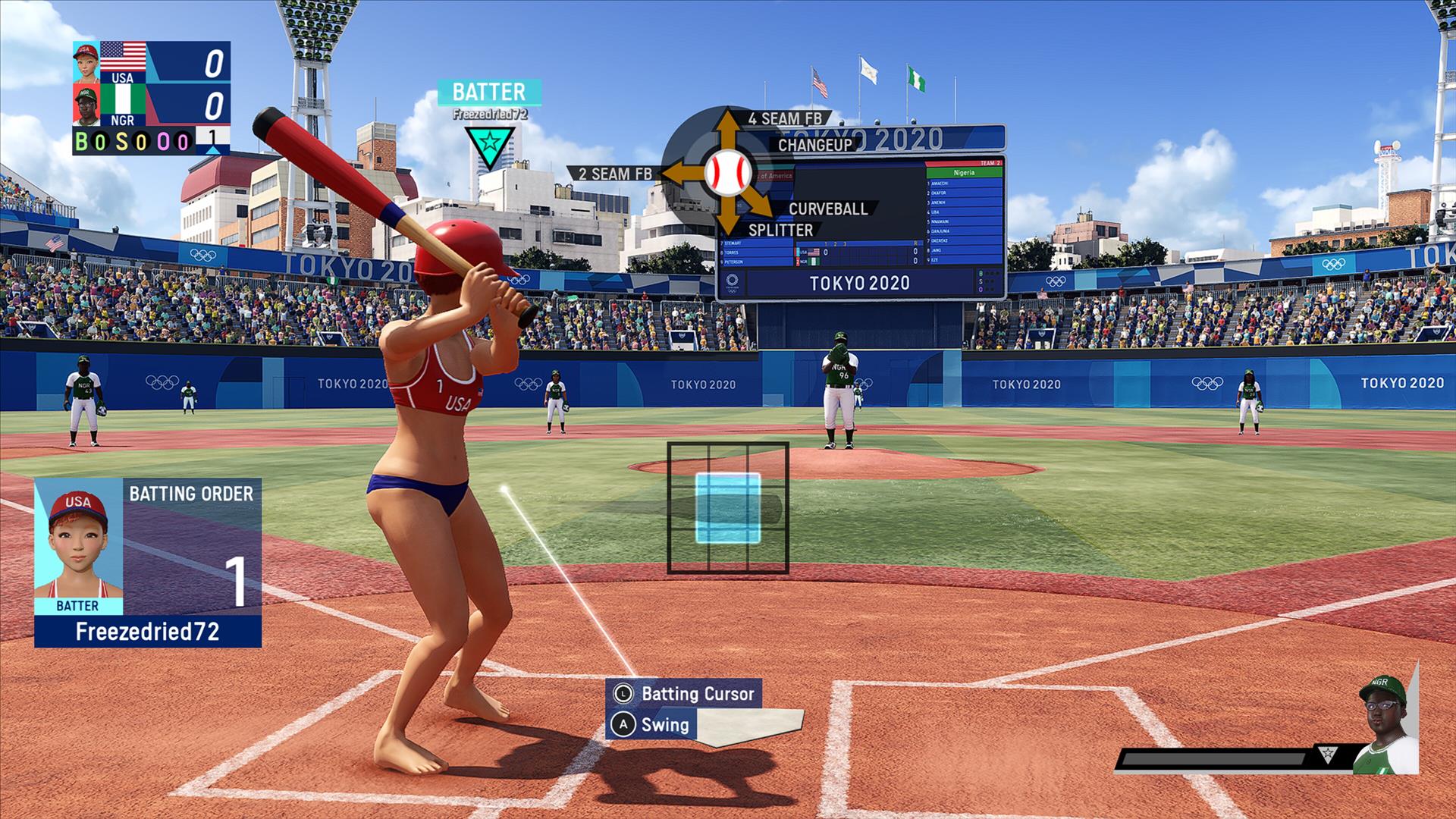 Back in the mid-'80s, I was the kid that didn’t have an Atari. Instead, my parents bought me a Commodore 64. I didn’t have a ton of games at first, just a few that I was able to buy on clearance. But before long, I discovered an underground floppy disc trade at my grade school, so I was able to quickly grow my collection with whatever was making the rounds at the lunch table. One of the favorites was Epyx Summer Games.

The lunch table had a running scorecard with everyone’s best times. My competitive streak triggered, I proceeded to spend hours on end perfecting my Summer Games technique, simulating running events by jamming on a button and waggling my joystick back and forth so ferociously that I soon gained blisters – then callouses – on my hands. I look back on my time with Summer Games (and the arcade version of Track & Field) with fondness, but of course gaming has moved on since then. Surely, we will never see another game that asks us to jam on a button repeatedly to simulate the 100m dash, right? 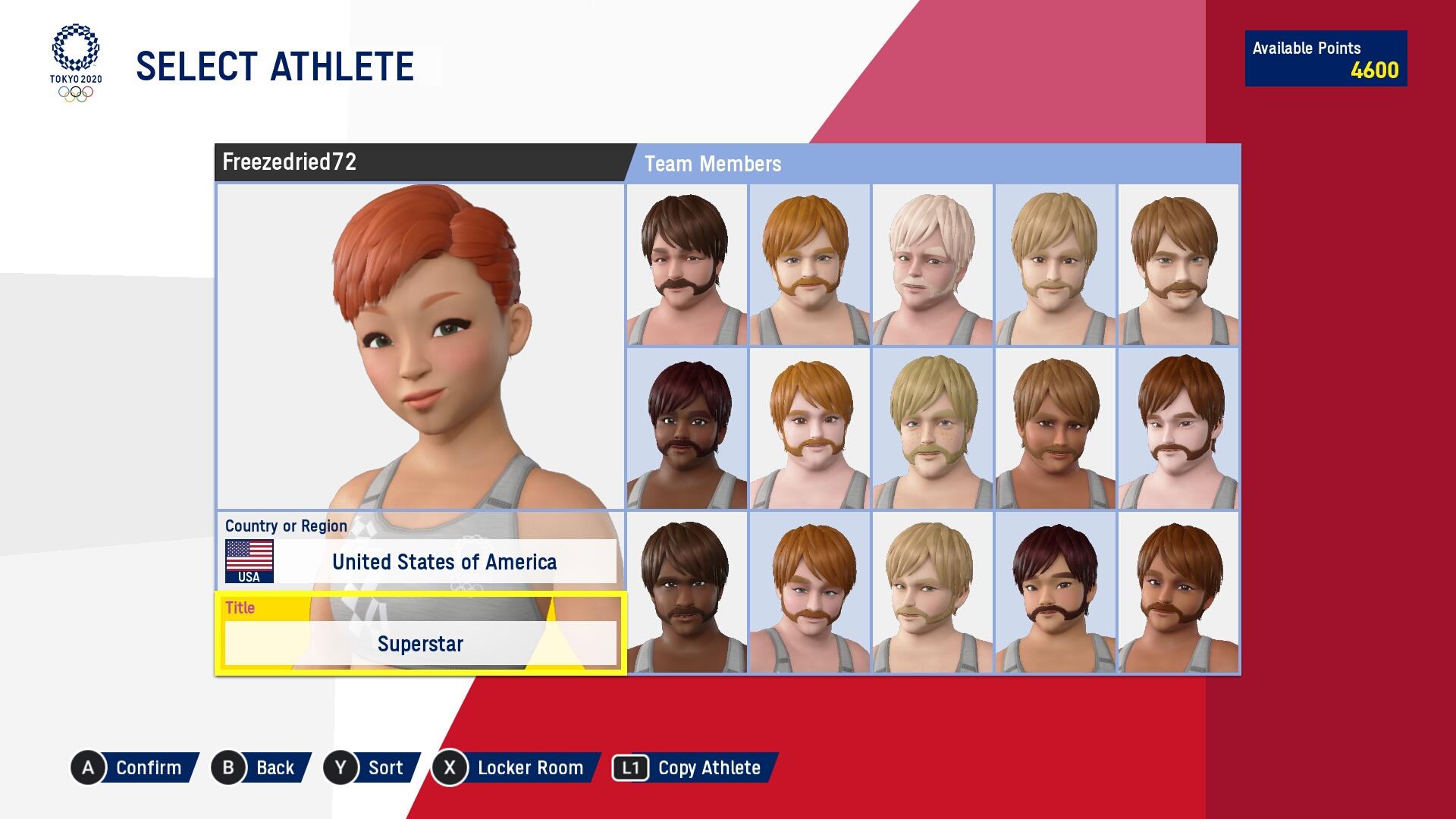 At least, that’s what I thought before I sat down with Sega’s new minigame festival, Olympic Games Tokyo 2020: The Official Video Game. I fired up Stadia on the main TV, and suddenly I was back in 1986, huddled in front of a 10” black and white TV, jamming on a button to simulate the 100m dash. Sure, it felt like a throwback, but I wasn’t mad at it.

Of course, these days I expect more from gaming than running a simple race again and again in an attempt to grab the gold. Luckily, variety is where Sega’s collection shines. While the controls stay almost as simple as that button-mashing race, the variety of events on display in Tokyo 2020 is far superior to those found in Epyx Summer Games.

Competitive Climbing, Boxing, Basketball, Baseball, Beach Volleyball, BMX, Rugby Sevens; the list of events beyond the standard track & field stuff is fairly extensive. There are even a few swimming events to round things out. Heck, even Judo makes an appearance. 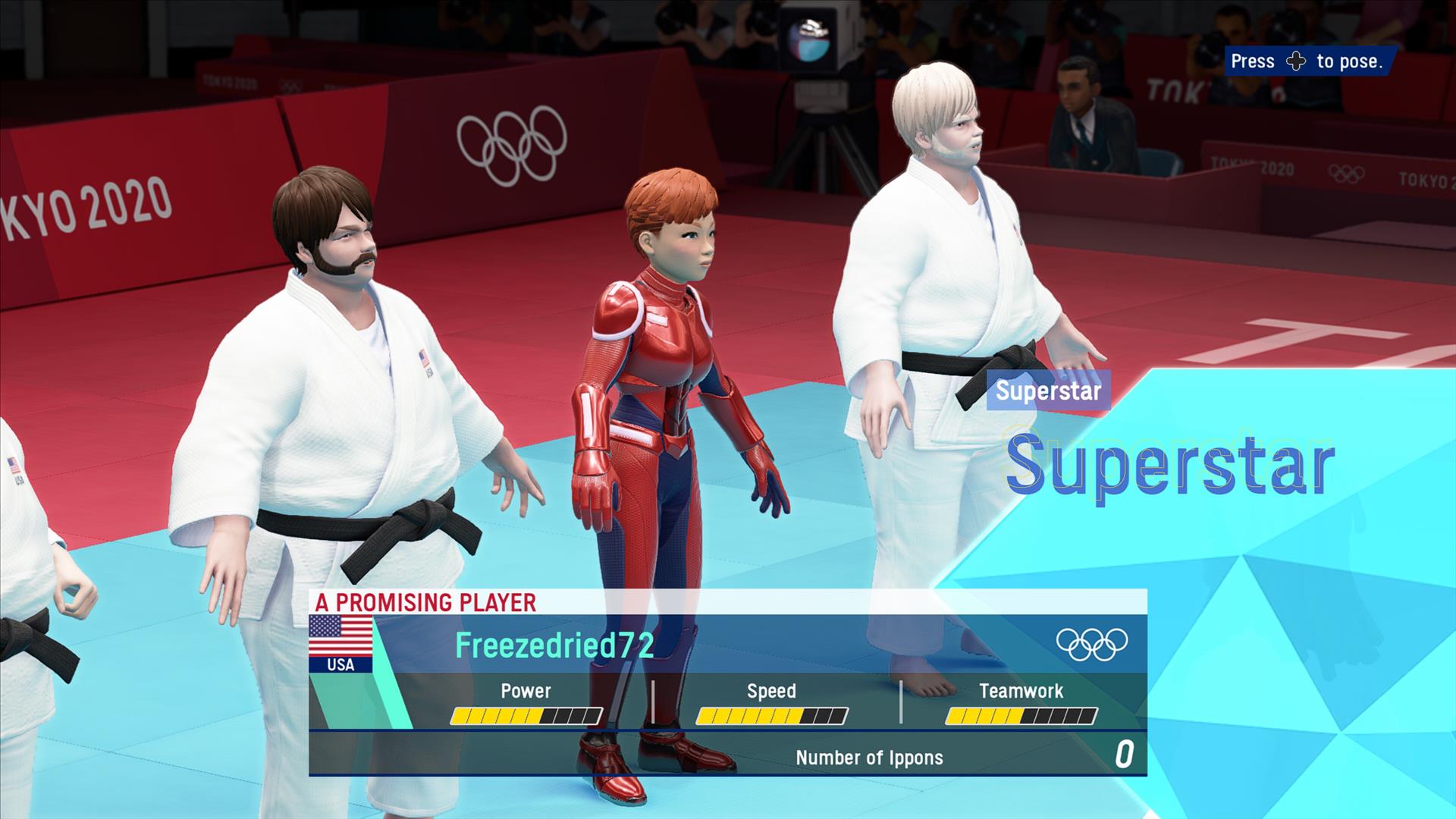 Don’t expect to dig too deeply into any of these events though; this is not a collection of full-fledged sports simulations. Rather, Olympic Games Tokyo 2020 gives you the flavor of each event without digging too much into the meat. Each event starts with a brief tutorial on how to play, and the games are so simple that it only takes a few seconds to understand each set of rules. Expect three-inning baseball games, and quicker than lightning boxing matches. These events are strictly enjoyable little minigames, with just enough strategy and skill involved to make them fun when playing with others.

Playing with others is exactly how you should engage with Olympic Games Tokyo 2020, as there is little reason to pick up the controller if you are by yourself. In single player, each event is divided into three rounds: a first run, a semi-final, and a final. No matter what sport you are playing solo, you can pretty much expect to run the boards on your first run, squeak out a win during the semi-finals, and have the computer completely hand you your hat during the finals. 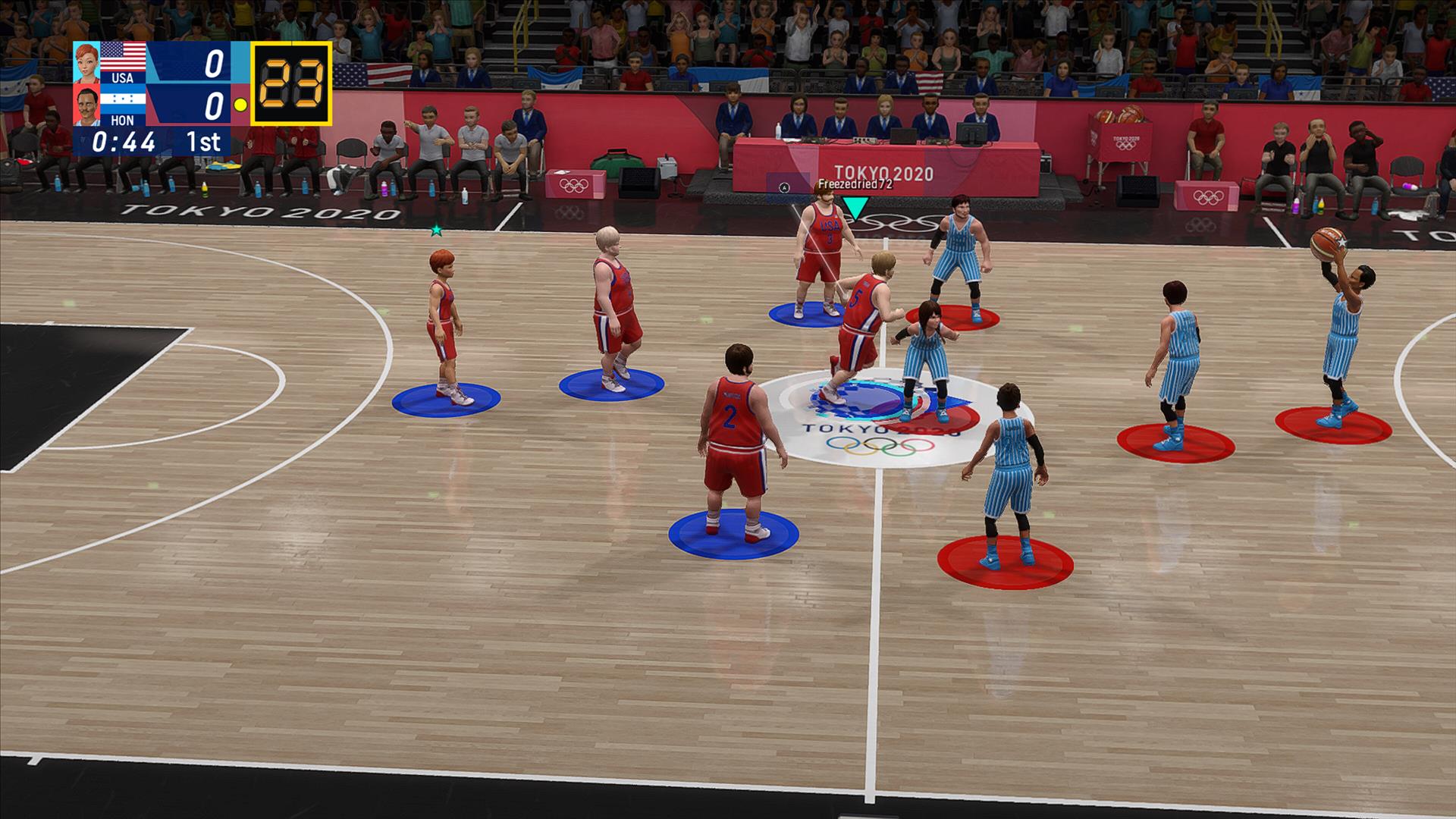 For example, each beach volleyball round is complete when one team or the other scores five points. During the first round, I defeated the other team 5-0, gloating over how easy it was to win. In the semi-finals though, I had to pay attention, as that team suddenly started scoring on me. I eventually finished that round successfully, with a core of 5-3. In the finals, though, I barely even got to touch the ball. The other team ran me ragged, defeating me soundly in about 30 seconds, 0-5.

This is the pattern that followed as I dutifully tried every sport offered. Win, barely win, lose horribly. I suppose that some players will have the patience to practice each of these minigames so they can achieve gold medals, but I didn’t really see the point. The only rewards to be gained are tips on how to play better and a variety of costumes – which are fun, but not really enough to get me to mash buttons for days on end in an attempt to improve my times. 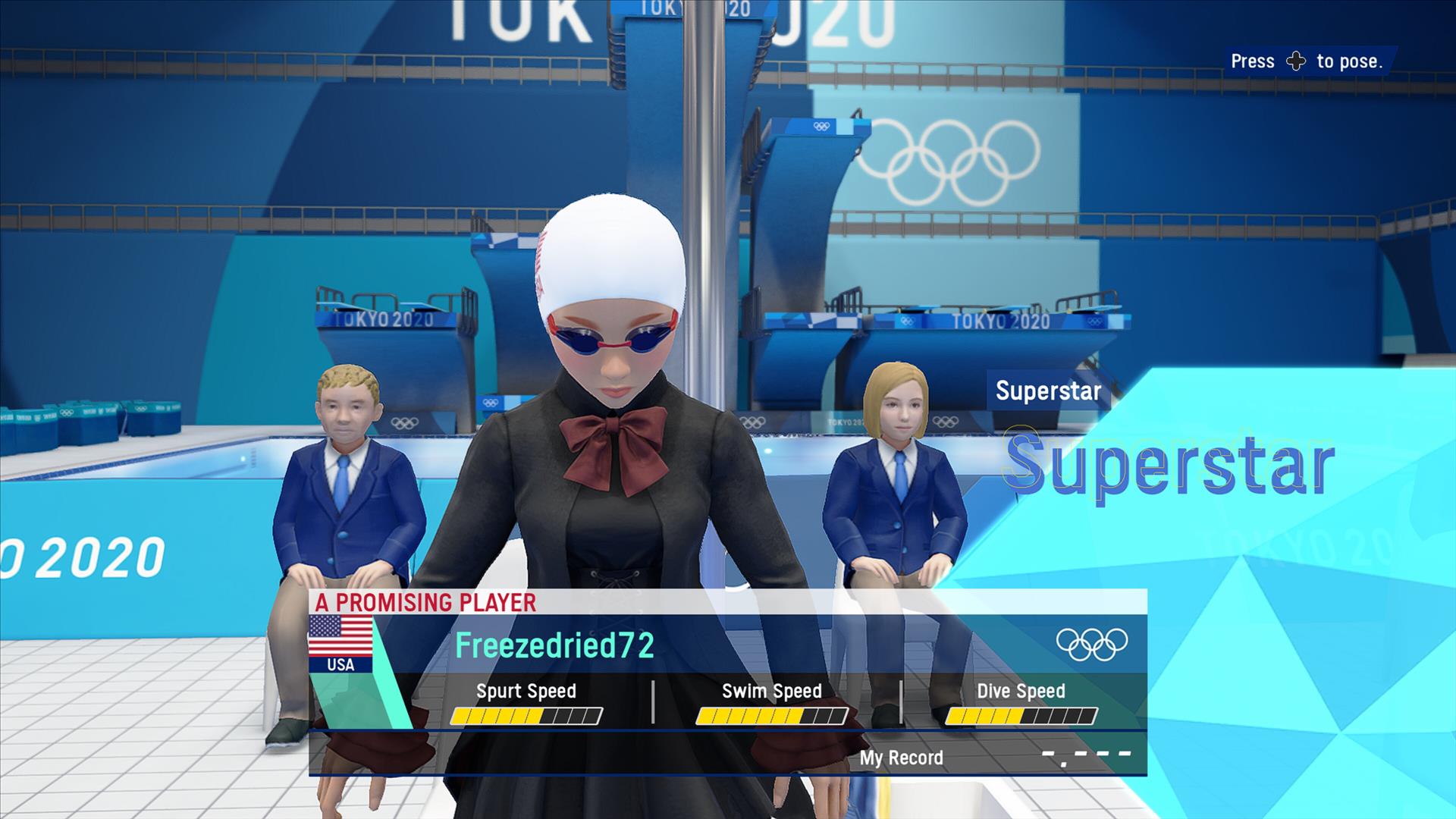 Where Summer Olympics Tokyo 2020 really comes to life is in multiplayer. When you are playing against another human, suddenly the little events seem to have stakes. While climbing a wall by pointing my analog sticks in different directions just seemed pointless and dumb when attempting it by myself, it suddenly became a matter of life or death that I be able to do it better than someone else.

I had a pretty good time hanging out in the living room with my family, jamming from one event to another and passing the controllers around. It turns out that, while being simple and kinda boring when played solo, Summer Olympics Tokyo 2020 is a lot of fun when played with a group. Like any well-made collection of competitive minigames, the chances for smack-talk abound. 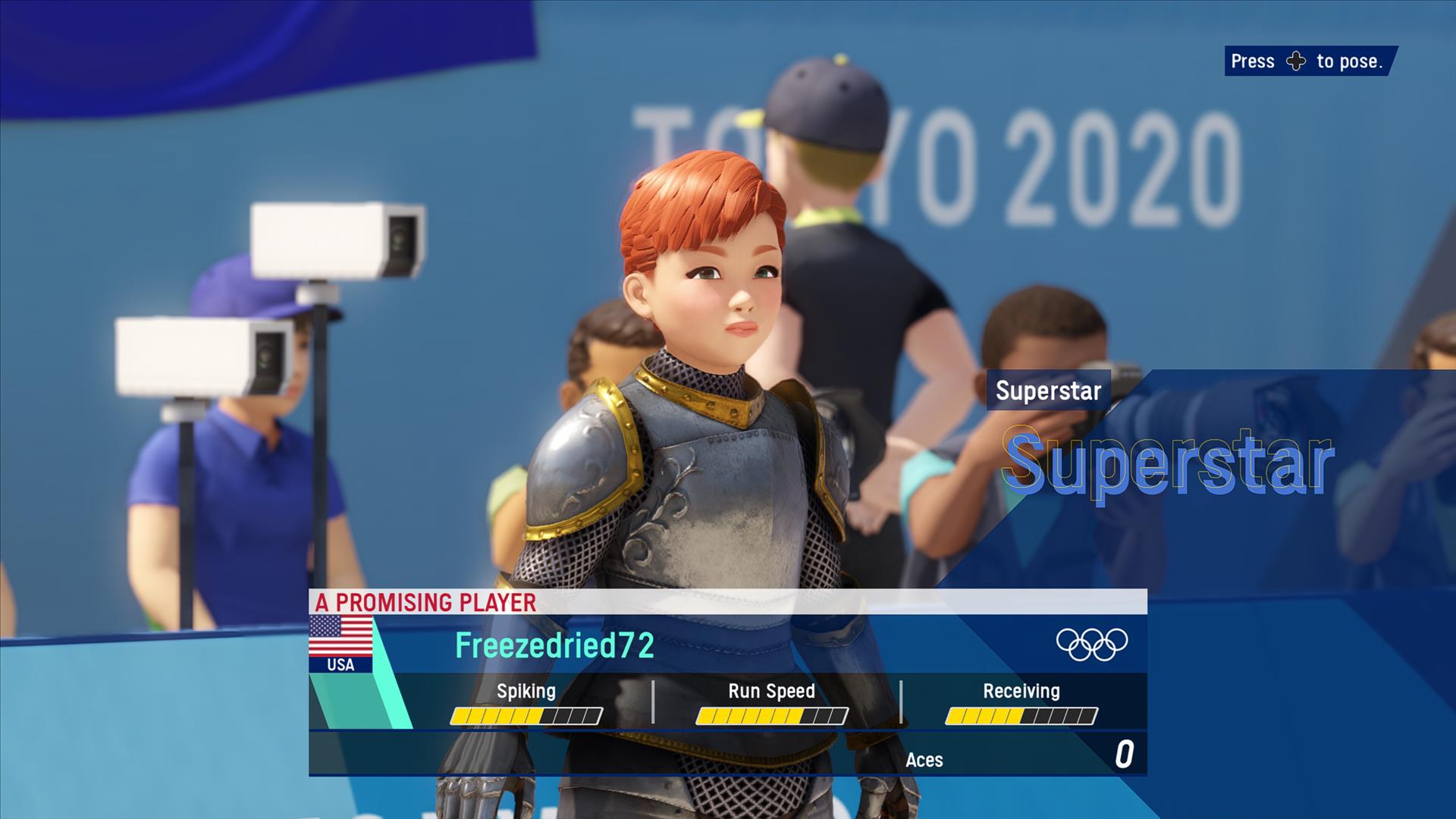 Of course, I was playing on Stadia, so there weren’t many opportunities to hop online and play against others. Summer Olympics Tokyo 2020 tries to combat a lower player count by running a constant cycle of events, starting every half hour. Judo at 7:00, Basketball at 7:30, Hammer Throw at 8:00. But on Stadia, the numbers simply aren’t there. I tried playing on a Saturday afternoon, and nobody was showing up to these events but me. Of course, on other platforms the results will vary.

The entire package is nicely rounded, with some fun customization options. I enjoyed the fact that I was able to design each member of my extensive team – which prompted me to immediately turn them all into an army of creepy mustachioed clones. The costume options are also a lot of fun – I enjoyed swimming in my BMX gear and biking in my swimsuit. And of course, you can play the entire game with your character stuffed into a weird Sonic mascot costume. 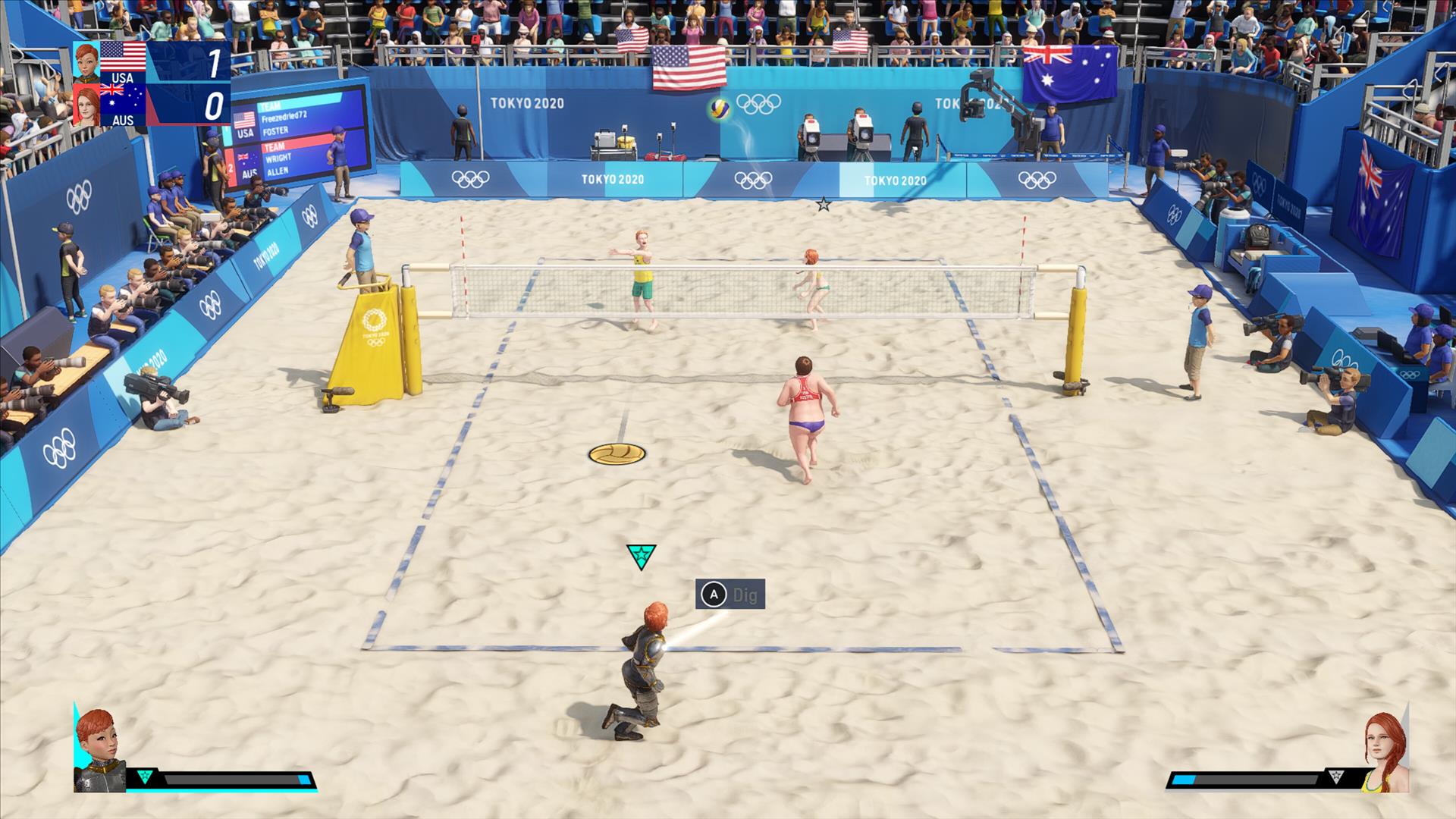 If the single player of Summer Olympics Tokyo 2020 were more compelling, it could have been a classic sports game for the ages. But as it is, Tokyo 2020 is a fun little collection of sports-based minigames. Much like the Olympics themselves, it’ll entertain your family for a week or two, but once that time is up you may find yourself pivoting to a different sport.

Summer Olympics Tokyo 2020 is fun with a group of friends and family, but there is very little reason to pick up the controller if you are going to be playing alone. Fun customization options allow a great deal of weirdness, and the wide variety of minigames offer breezy fun without a ton of depth. Lower your expectations, invite some buddies over, and you'll likely have a good time.