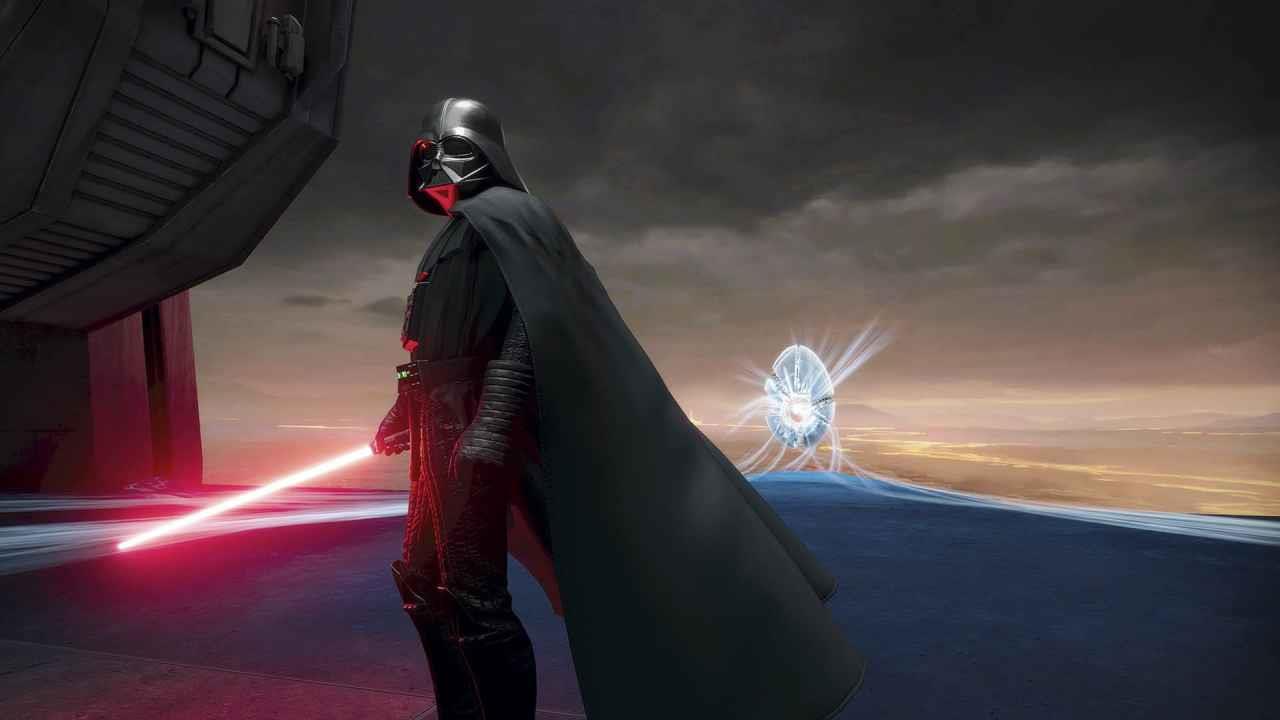 Playing Vader Immortal: A Star Wars VR Series on PSVR reminded me of the first time I met Darth Vader. I was at Disneyland a few years back for a press event, wandering around by myself and spending most of my day checking out the Star Wars rides. Over near Tomorrowland, I spotted a large building with a lonely worker posted outside. Wandering over, I asked what the building was, as it was seemingly ignored by the rest of the Disneyland patrons.

“Oh, you can go inside and look at Star Wars props and meet characters from the movies.” 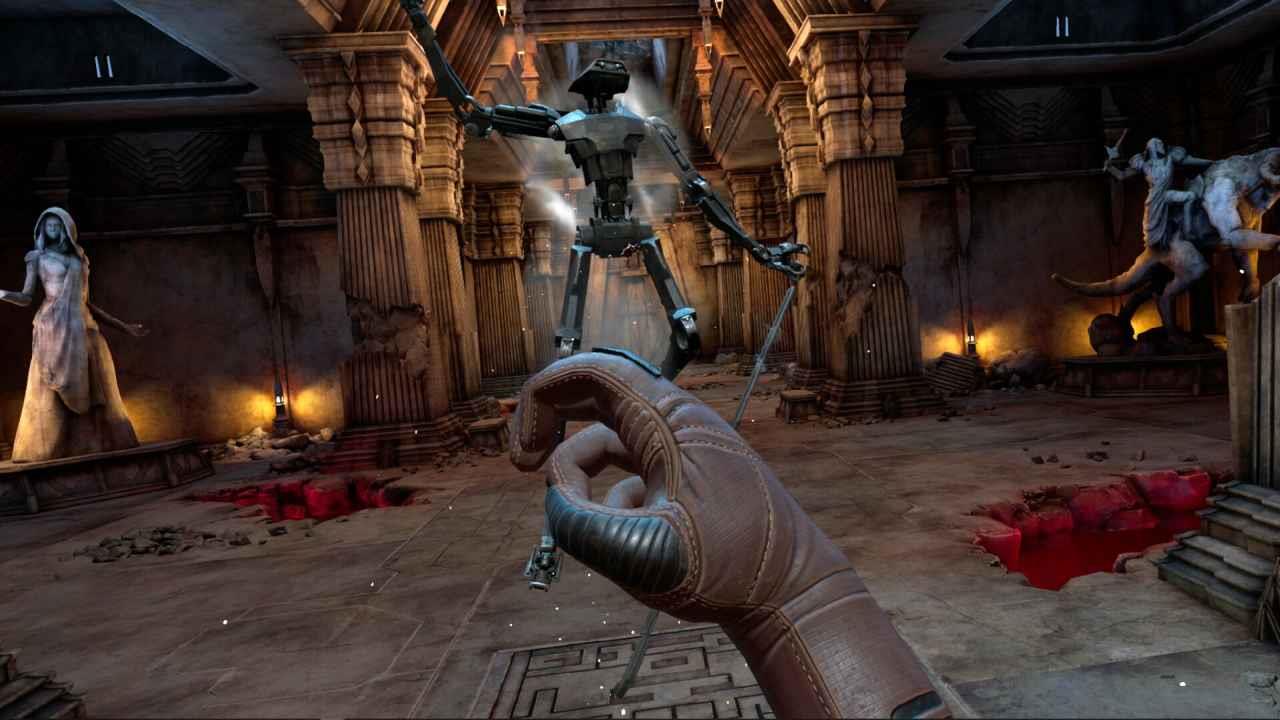 You don’t have to ask me twice. I made a beeline into the building, rejoicing in the AC and enjoying all of the displays. Over in one corner, another lonely worker was hanging out. When I came within ear shot, she looked up and called over “Hey! You wanna meet Darth Vader?”

And that’s how I found myself face to face for the first time with a Dark Lord of the Sith. I could not stop smiling. This was Disney, so the suit was no joke, and whoever they got to wear it was absolutely crushing the character. He was tall and intimidating, and he had a lot to say about how I had done well, but I had better not disappoint him in the future. He stuck his finger in my face a lot. I handed the lonely worker my phone, and they took a lot of photos of me and Vader. I later went on to meet Chewbacca. It turned out that the lonely building near Tomorrowland was my favorite part of Disneyland. 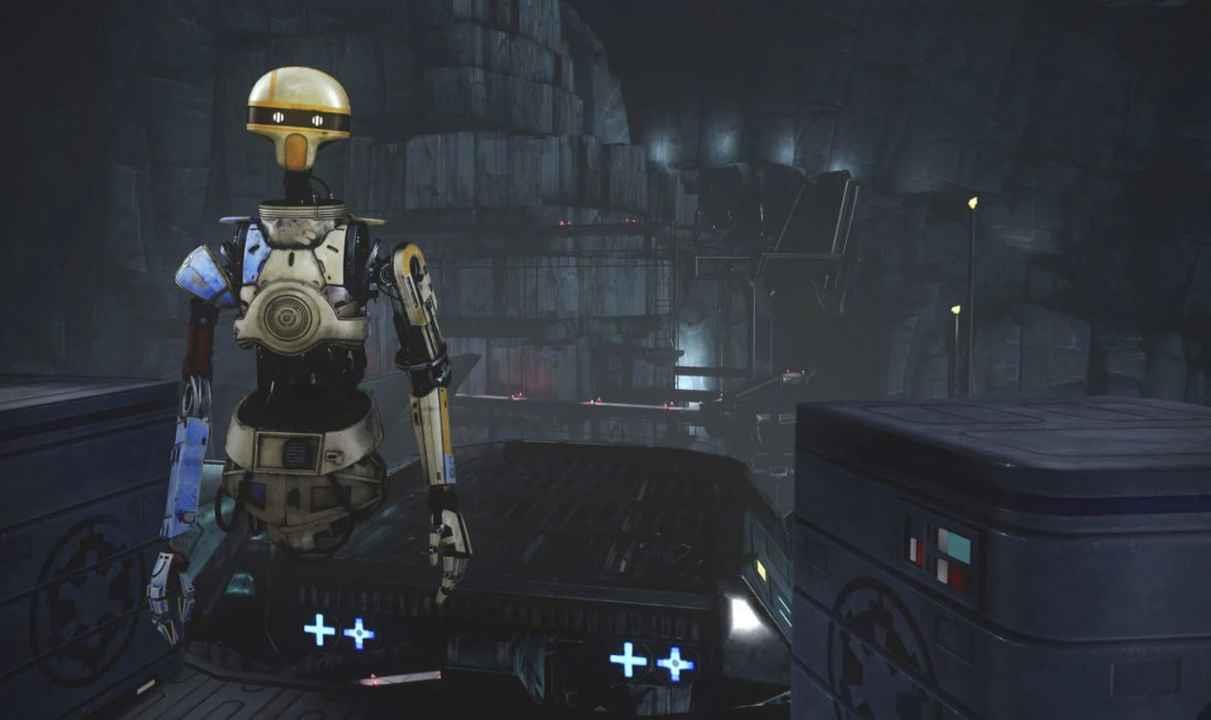 Fast forward a couple of years, and I’m standing in my living room with a PSVR strapped to my head. The setting I’m seeing is different; I’m in some sort of throne room, but I’m once again facing down Ani Skywalker and his walking iron lung suit. He is just as tall, just as intimidating. He sticks his finger in my face a lot. It’s the same dude. I can feel him looming over me as he threatens, compliments, and generally engages in psychological games with me. It’s a lot of fun, but I would be lying if I said it wasn’t a bit daunting.

One of the more interesting aspects of VR experiences is the way that characters can have presence. I remember the first time I booted up Batman: Arkham VR and was legitimately creeped out by the way The Joker’s eyes followed me when I moved. Vader Immortal: A Star Wars VR Series hinges on its ability to deliver a realistic Darth Vader and make the player feel that presence, and it largely succeeds. When Vader is addressing you, you can’t help but sit up a little straighter. 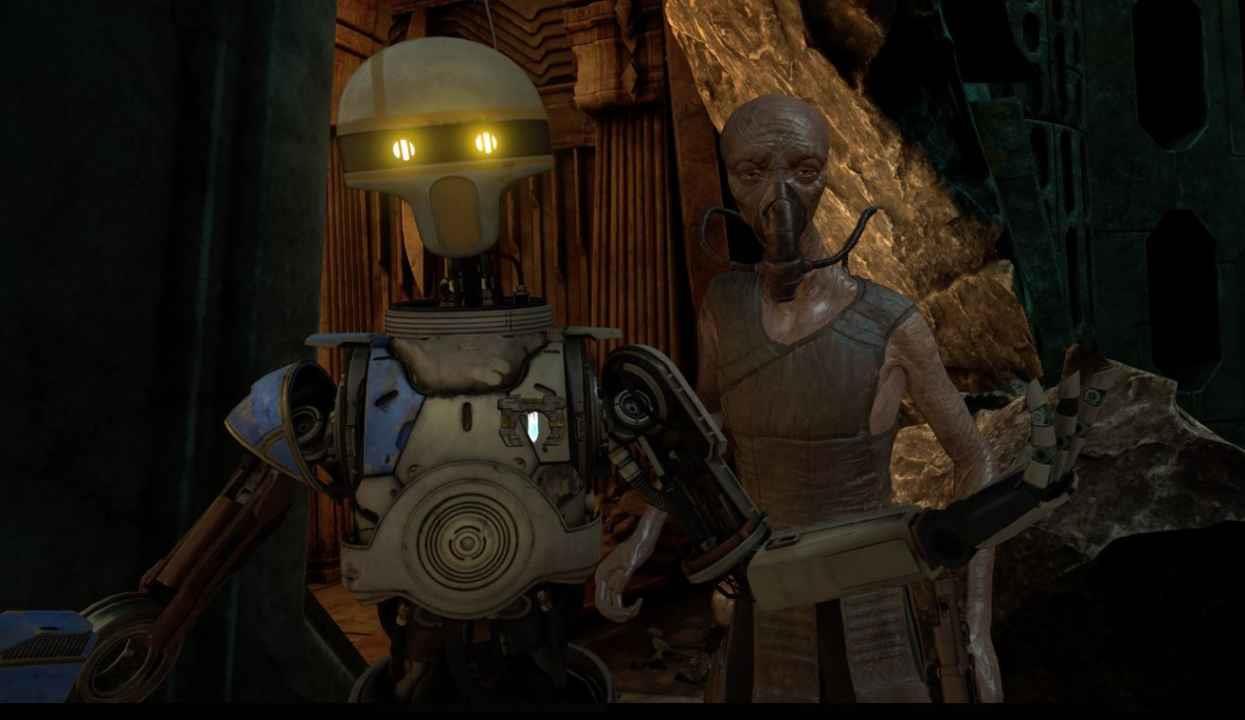 In Vader Immortal, players take on the role of an unnamed spice smuggler. Diverted from your smuggling route to the volcanic planet of Mustafar by the big guy himself, the player is hurtled into an adventure through the underground of the molten planet. Up until now, Mustafar has been seen a few times in the film series, but the primary memorable feature of the place has been “lava”. Vader Immortal uncovers an interesting unexplored piece of Star Wars lore, digging into the planet’s history and mythology; it turns out that Vader hangs out on Mustafar for more than just its scenic, sulfuric splendor.

Mustafar itself is a visual wonder. The player spends a lot of time skulking about in brown caves and Empire control rooms, but every episode features at least one showstopping panorama of Mustafar’s exterior – or better still, some very cool and unexpected interiors.

Over the course of three 30-40 minute episodes, the player character ducks and dodges Darth Vader, attempting to uncover some ancient secrets while keeping a powerful relic out of the Sith Lord’s hands. You’ll get to learn how to wield a lightsaber (kinda clumsily), how to use the Force (also kinda clumsily), and have a final, epic showdown with the big man himself. None of it is earth-shattering in terms of Star Wars lore, but it does add to the canon in some interesting ways. 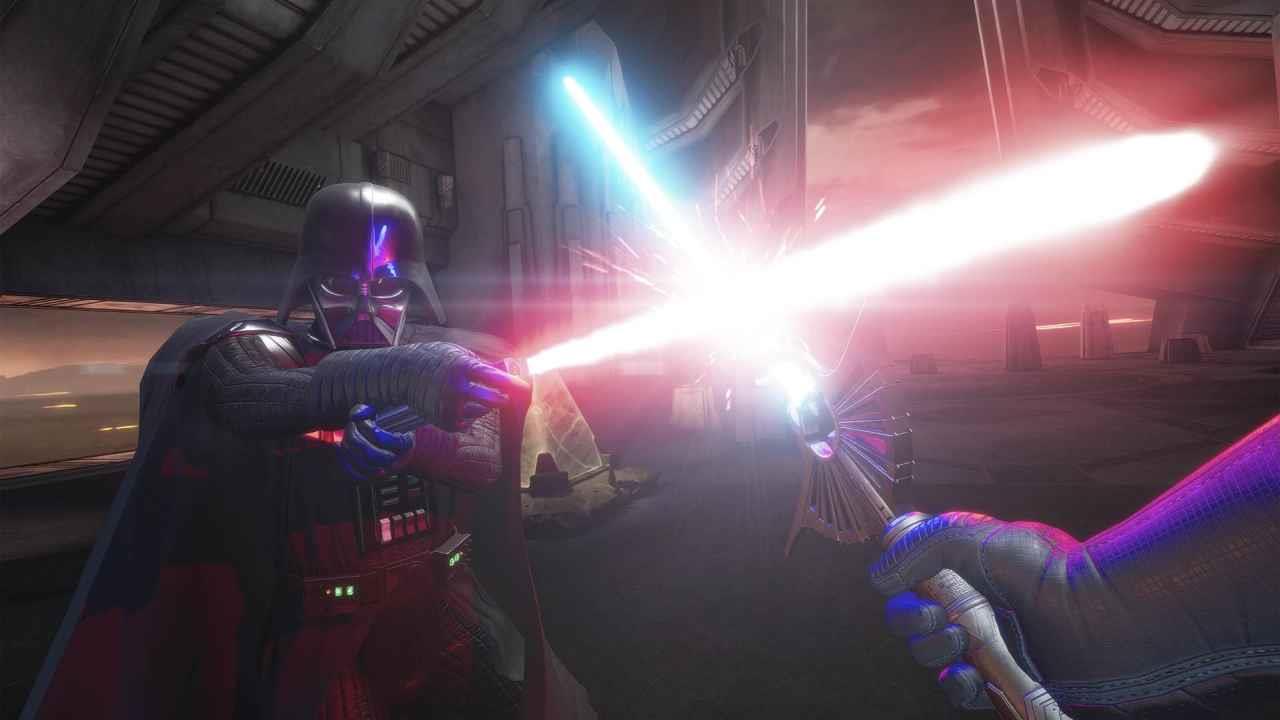 Along for the ride are a few original characters, most notably ZO-E3, a floating droid voiced by Maya Rudolph. ZO-E3 has jokes, and brings a lively sense of fun to the otherwise stoic goings-on. Also wandering around are the native Mustafarians, who appropriately enough look like they are all recovering from some pretty serious burns. The player character is completely silent, a cypher for the player, with nothing in the way of personality or agency.

But of course, the big draw is Vader, and each of the game’s three episodes gives the player a few minutes to bask in the dark presence of one of the most iconic bad guys of all time. Vader is not a happy guy, nor is he trustworthy. But when I got a load of what he was up to on Mustafar, I couldn’t help but feel a little pang for him. For the briefest of moments, the humanity of the character shines through, which is quite an achievement for a small VR experience (though it is fair to say that Star Wars lore does quite a bit of the heavy lifting). 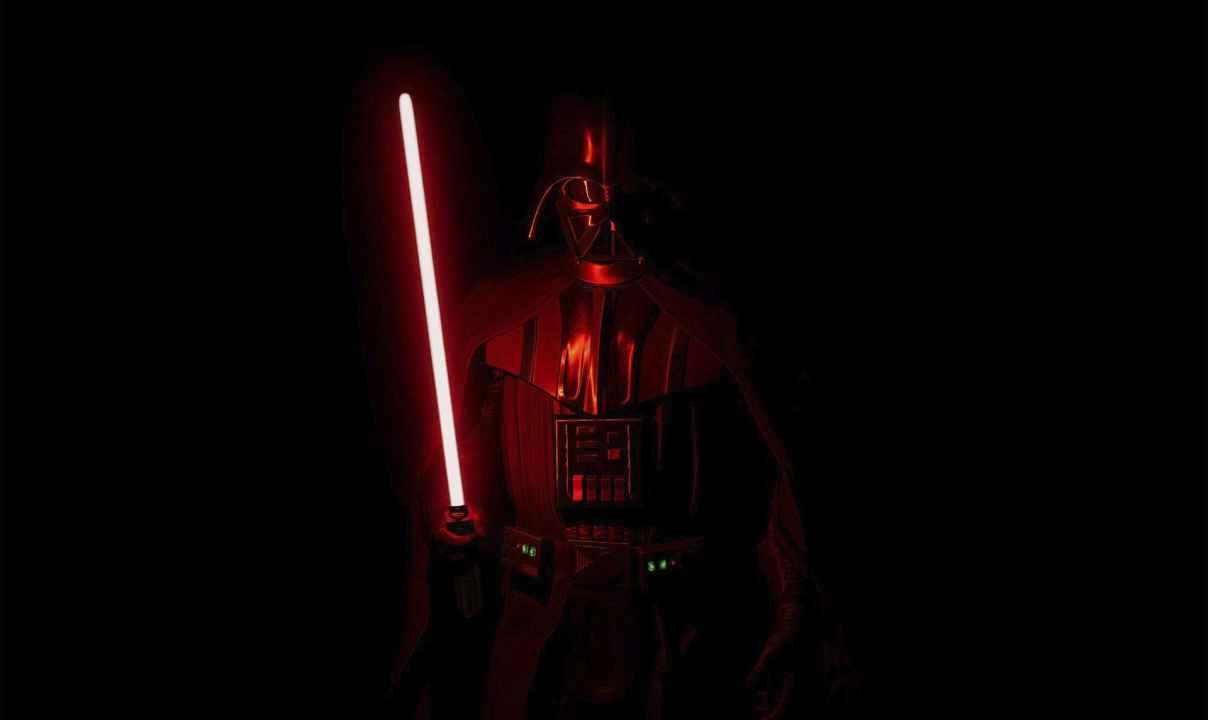 It is important to understand that although it was only recently ported to PSVR, Vader Immortal was an early VR experience, and it’s a bit long in the tooth these days. Though there is some interactivity, it is mostly limited to blocking incoming lightsaber attacks, throwing stuff around with the Force, and climbing. It is technically a game, but it is far more akin to an extended amusement park experience than a full-fledged game. Sure, a wave-based "Lightsaber Dojo" mode adds some fun and challenging gameplay (and the chance to wield Kylo Ren's crazy lightsaber!), but the feature presentation is the story, and it is somewhat limited.

Vader Immortal comes packaged as three separate episodes, and curiously enough, there is no overall app to wrap them together. They actually download onto your PlayStation as three separate games. Of course, there is no need to tie them together, just as there is no reason for your save to carry over from one episode to the next. The player never makes any choices, they are simply shuttled from one scene to the next. As such, players looking for a true “game” might end up disappointed in Vader Immortal; the experience is strictly linear. But Star Wars fans will get a great kick out of the pieces of lore unveiled by the series. And of course, any time you can hang out with a Sith Lord is a good time. 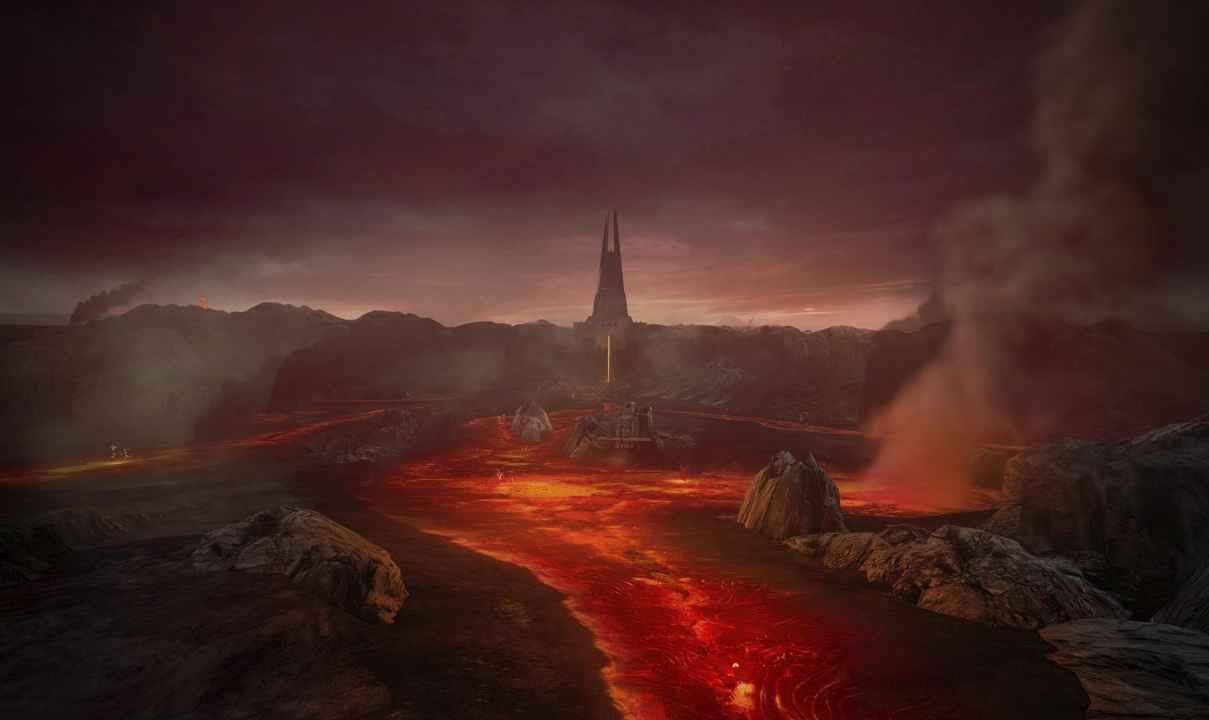 Star Wars completionists shouldn’t hesitate to click the “Buy” button here, especially if they are buying the new physical edition of Vader Immortal, as this side story is an interesting one. But experienced VR players less interested in Star Wars collectables may want to look carefully at Vader Immortal before making a purchase. Thirty dollars is a pretty steep price for this collection considering its age. Early VR experiences were often called “tech demos” for a reason, though few of those arrived with production values this high.

A brief jaunt through a side story in the Star Wars universe is made better with some sky-high production values and some fun lore drops. Don’t expect a ton of interactivity, though it is fun to throw Stormtroopers around with the Force. A nice side mode allows for endless lightsaber battles, but the main draw is Vader himself, delivered by the game in all of his intimidating glory.