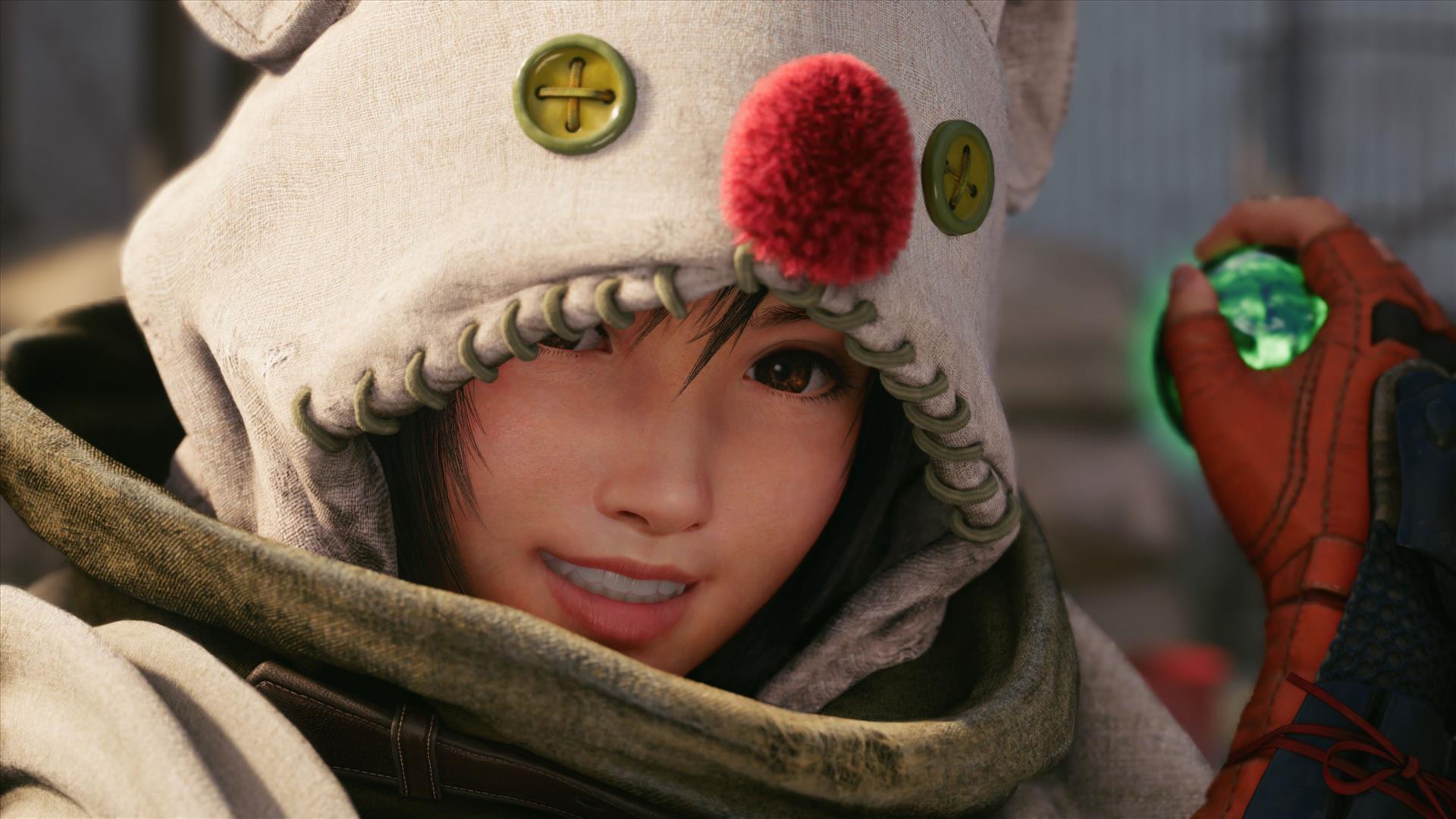 Some game reviews come and go, but my review of Final Fantasy VII Remake has been haunting me since I posted it in April of 2020. I enjoyed FF VII Remake for the most part, but I had a lot of negative stuff to say about the game’s pacing. I ultimately gave FF VII Remake a score of 8.0, and I’ve wondered since if I might have slighted it a bit because I was in such a hurry to see the end of the game and write the review. Was Final Fantasy VII really that slow in places, or was I just being impatient? 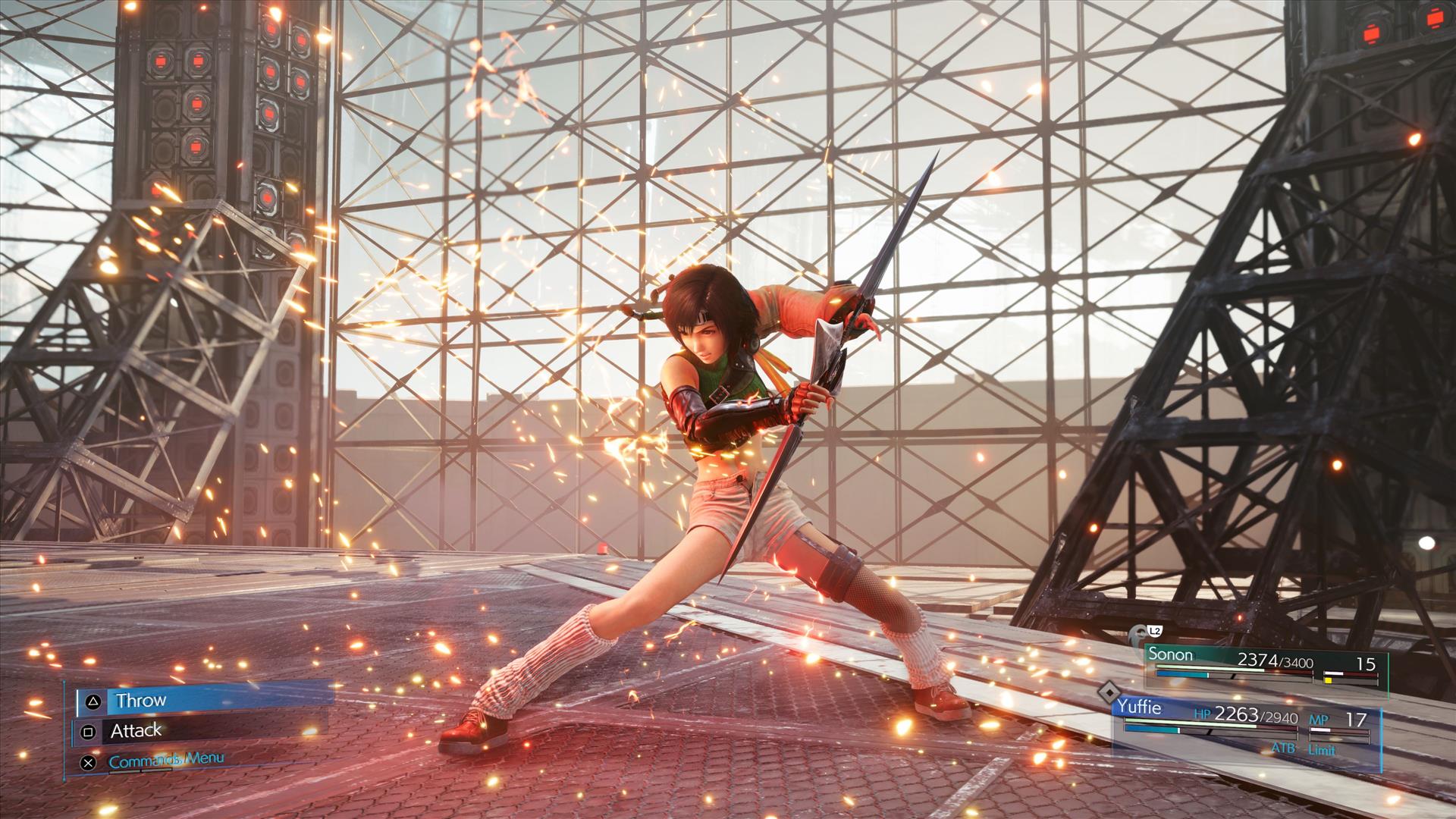 The opening notes of Final Fantasy VII which are covered in the first part of the remake are not pleasant or positive, but the Yuffie DLC comes blasting through the darkness like a ray of happy sunshine, showing that even in this grim setting, there can be fun and adventure. While the actual FF VII Remake has certain grim story points it has to hit to set up the rest of the story (Cloud is kind of a turd, Shinra commits horrible acts of homicide), the Intermission chapter plays fast and loose with the lore, allowing Yuffie to bob and weave along the edges of the story like a Shinra-hating Marty McFly.

Yuffie comes sliding into the Midgar slums from Wutai, with some goals that temporarily align with Avalanche, but some core political differences. It’s fascinating to see a character from outside of the main story dropped into the middle of the events of the core game, with different goals and priorities from the primary team. Yuffie encounters characters from the core game, but she doesn’t know them, and they don’t know her. They are ships passing in the night, as Yuffie goes about her own mission to steal a piece of Ultimate Materia from Shinra. 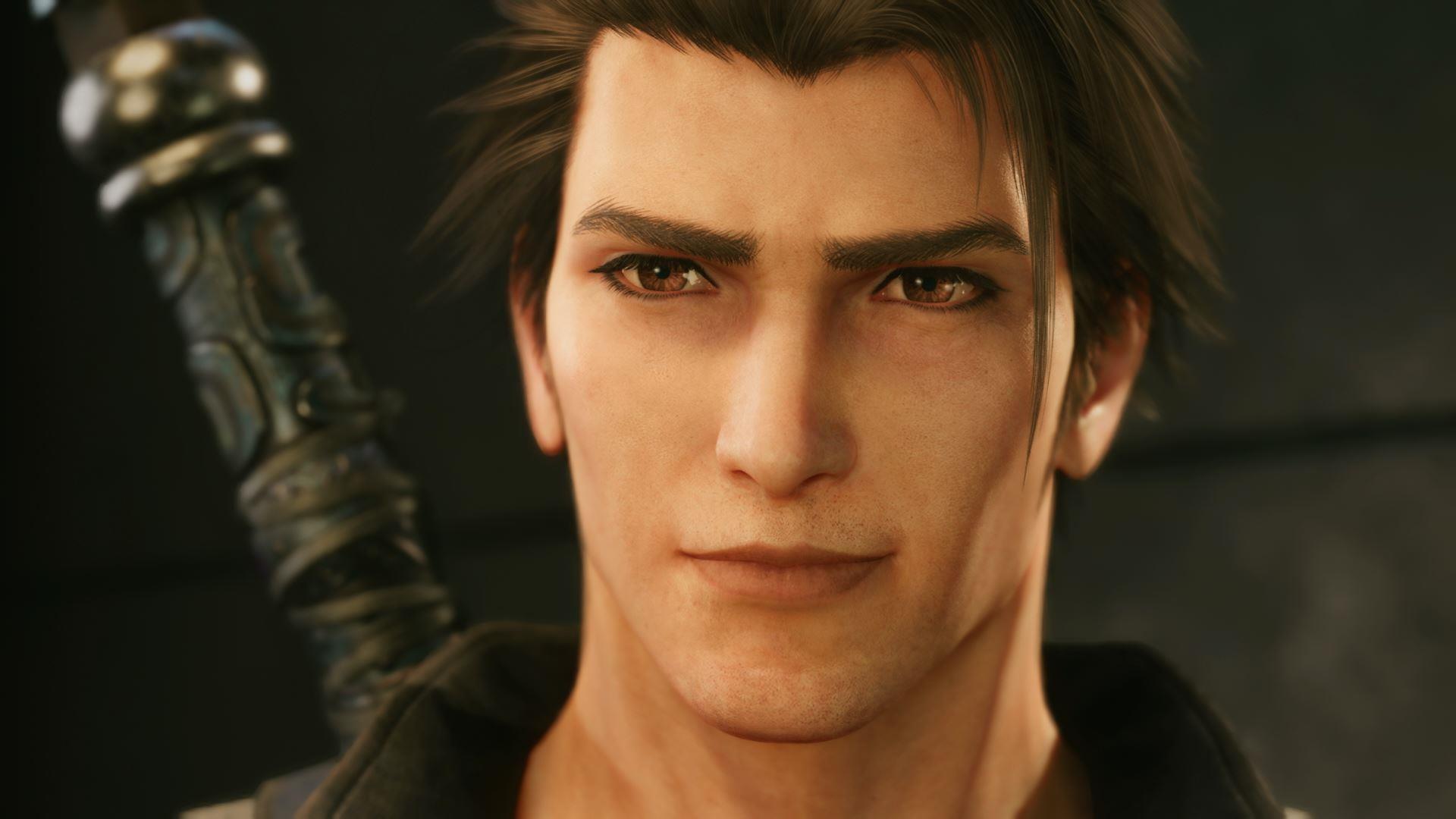 Yuffie is all action, a whirling dervish of fists and boomerang throws. For the most part, I played through her chapter as an action game, only stopping to cast spells and use abilities when I absolutely needed to. I was perfectly happy to button mash through Intermission, because Yuffie is so fun to fight with. She is teamed on her mission with another, slightly older ninja named Sonon, who is hilariously of a lower rank, and must defer to Yuffie as she leaps face first into one meat grinder after another. Though you can’t directly control Sonon in battle, Yuffie and Sonon can link up in battle, fighting in sync to do amazing amounts of damage. It’s a ton of fun, and one of the better mechanics in the entire game.

There are also some fun side activities, including Fort Condor, an enjoyable MOBA-like board game that Yuffie can play with strangers on the street—many of whom are characters from the core game. Fort Condor is enjoyable, and very easy to learn, and I single-mindedly blasted through all of the content built around it in an hour or so, which left me hoping it will be brought back in a more robust fashion in the next mainline game. 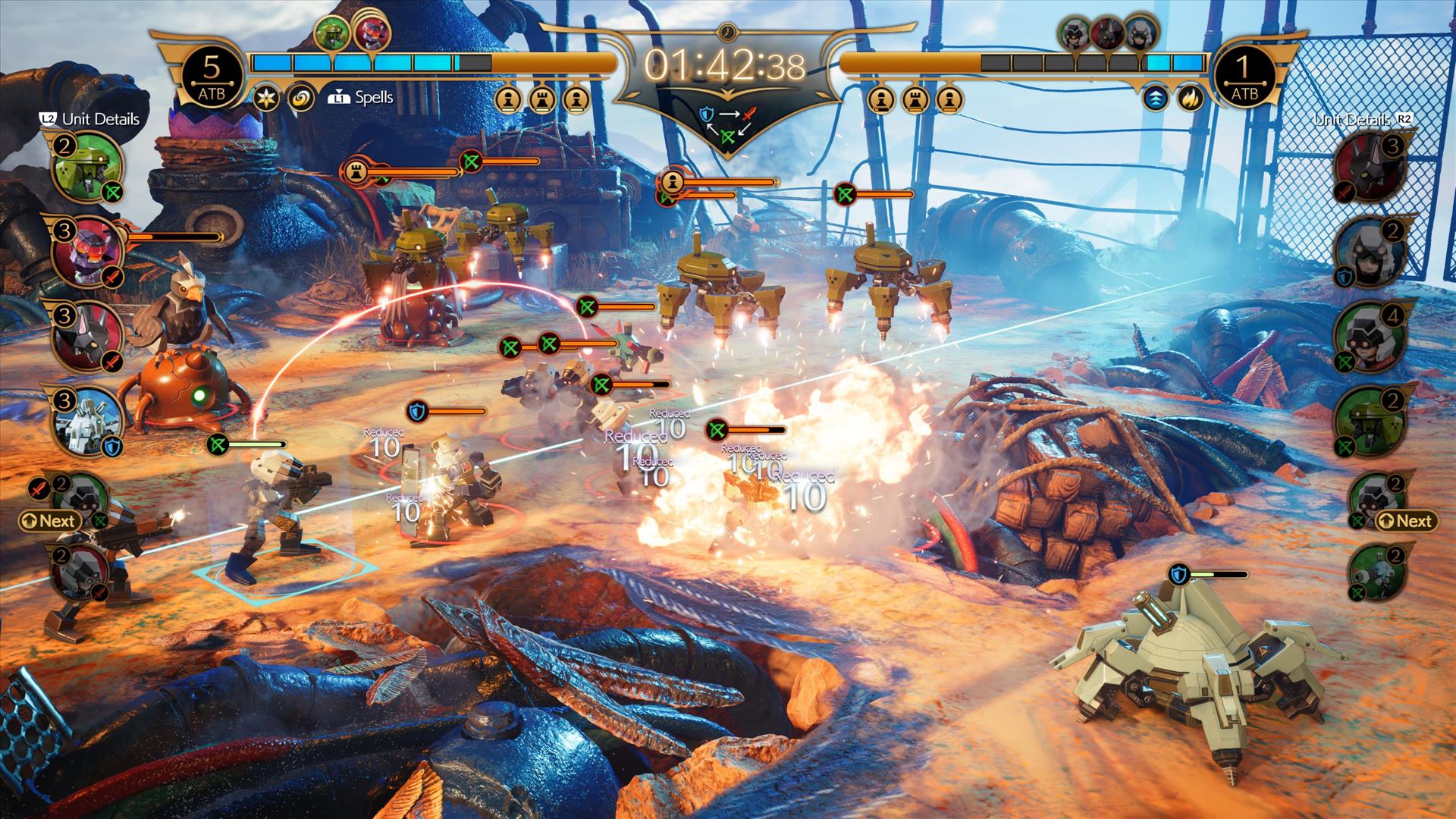 The Yuffie adventure lasts for maybe five hours, and contains some of the best writing and music I’ve seen in years from Final Fantasy. Yuffie is an impulsive teenager, full of pride and willing to show off her flashy ninja skills at the drop of a hat. But as the game goes on, she is faced with the sobering reality that perhaps she isn’t as earth-shaking of a presence as she thought. Yuffie realizes that it might be out of reach for a teenager to take down a major corporate entity—especially one as evil as Shinra—which leaves her much less certain of her own greatness.

But Yuffie should rest assured: she is great, and playing through the Intermission with her is a such a joy that I found myself looking at the entirety of Final Fantasy VII Remake in a new light. There are plenty of things in the main game that I really enjoyed, and when that main menu music kicks in, I still get the chills. Before I knew it, I was firing the core game back up, and running back through it a year later, and in much higher resolution. 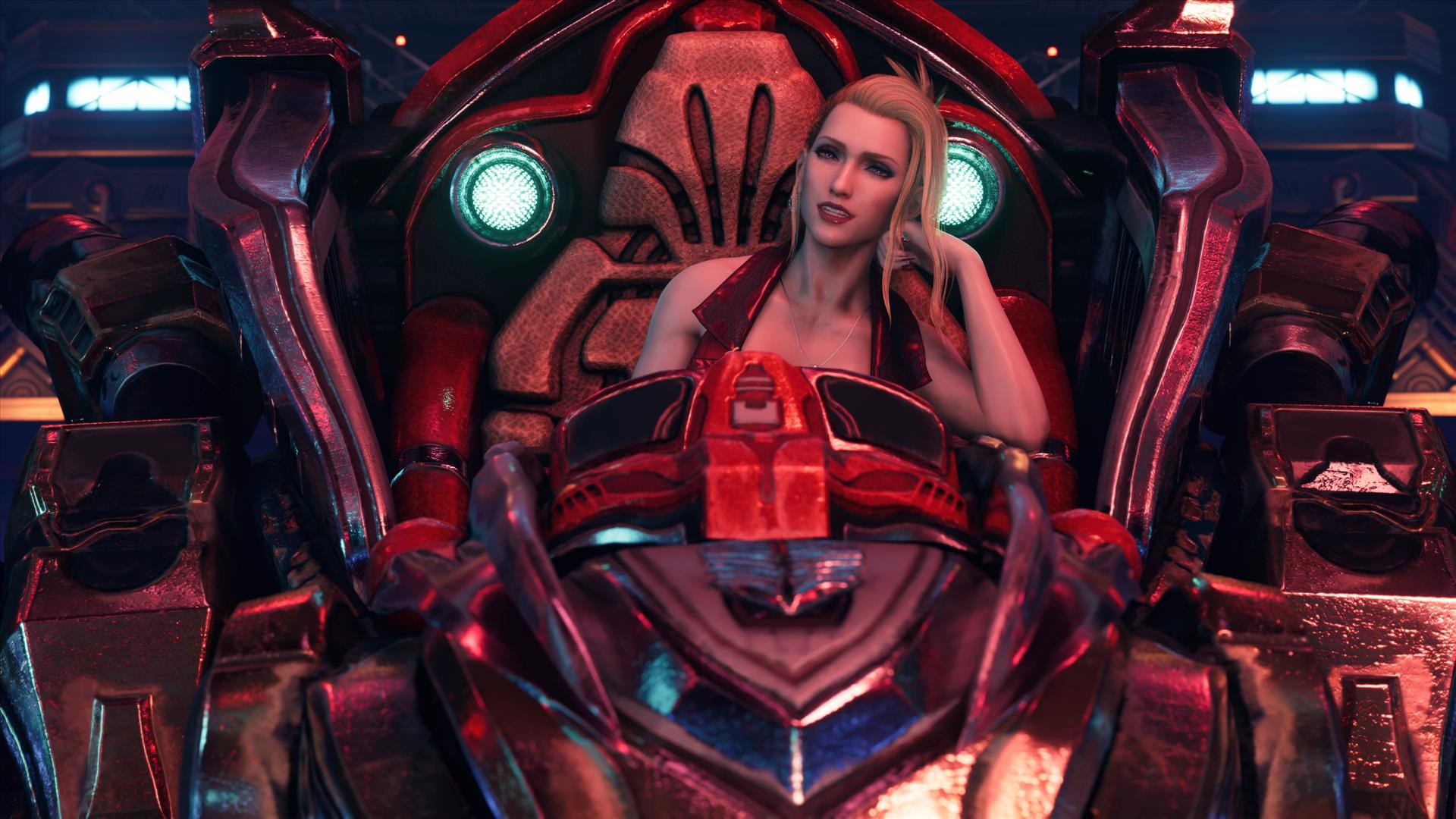 The core game is largely unchanged, beyond all of the new visual splendor. Like many next-gen games, Final Fantasy VII Remake Intergrade allows players to choose between performance mode, which focuses on FPS, and graphics mode, which allows ray tracing and other advanced graphical features. After fiddling around with the two, I surprised myself by picking performance mode. The animations are ridiculously smooth, and frankly my untrained eye could spot the difference between frame rates more clearly than the enhanced graphics voodoo. Final Fantasy VII Remake was always one of the most beautiful games ever made, but now it is beautiful and buttery smooth.

So yes, I’m playing Final Fantasy VII Remake again, this time without a time limit. Without having to look at the game as a whole immediately after playing it, I’m finding that I’m enjoying the more relaxed pace I’m setting for myself. I knocked the combat down to Easy, and I’m just cruising through, enjoying the visuals and the story (and the many, many cats), and not letting myself get too frustrated when I desperately want Cloud to run but the game insists that I walk for 20 minutes. 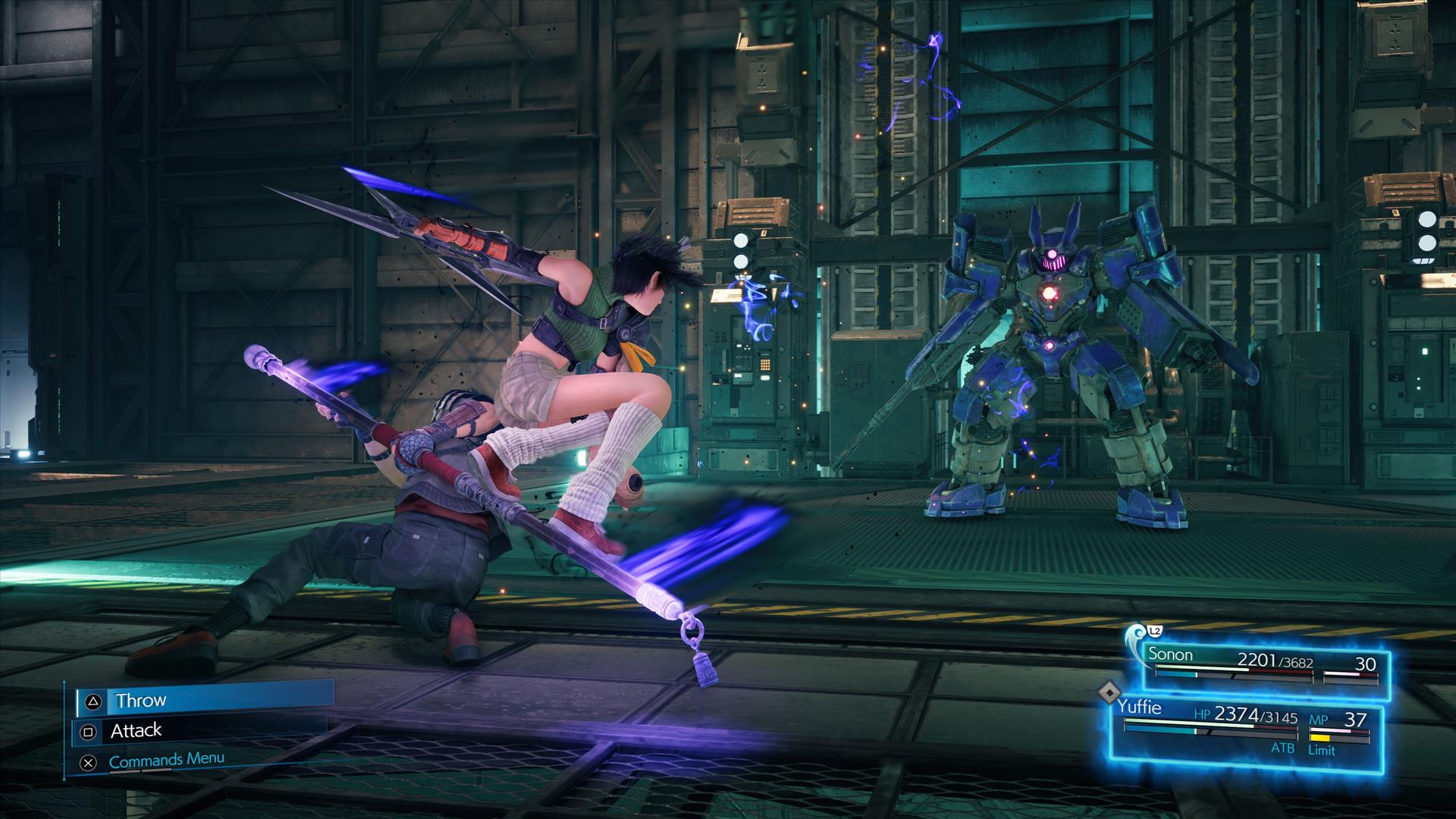 Perhaps the greatest feeling I’m getting out of Final Fantasy VII Remake Intergrade is the very strong need for the next game. The Yuffie Intermission showed me just how fun this take on the Final Fantasy VII universe can be. Now that we have all of the sullen-Cloud-is-a-jerk parts out of the way, I’m guessing that the next edition will feel more like the parts of Final Fantasy VII that I’m actually nostalgic for.

In the meantime, I’ll always have Yuffie. And Tifa. Oh, and Aerith. And Berret is pretty good too. Damn it, I guess I really do like this game.

Final Fantasy VII Remake, only a year old, gets a next-gen remake, and the results are visually stunning. The new Yuffie-based Intermission chapter is a ton of fun, and its lighter tone demonstrates ways that the Remake saga can move away from the sullen tone of the first game. Bouncy and full of life, Yuffie brings some much needed levity to the proceedings, shining a new light on the game as a whole.