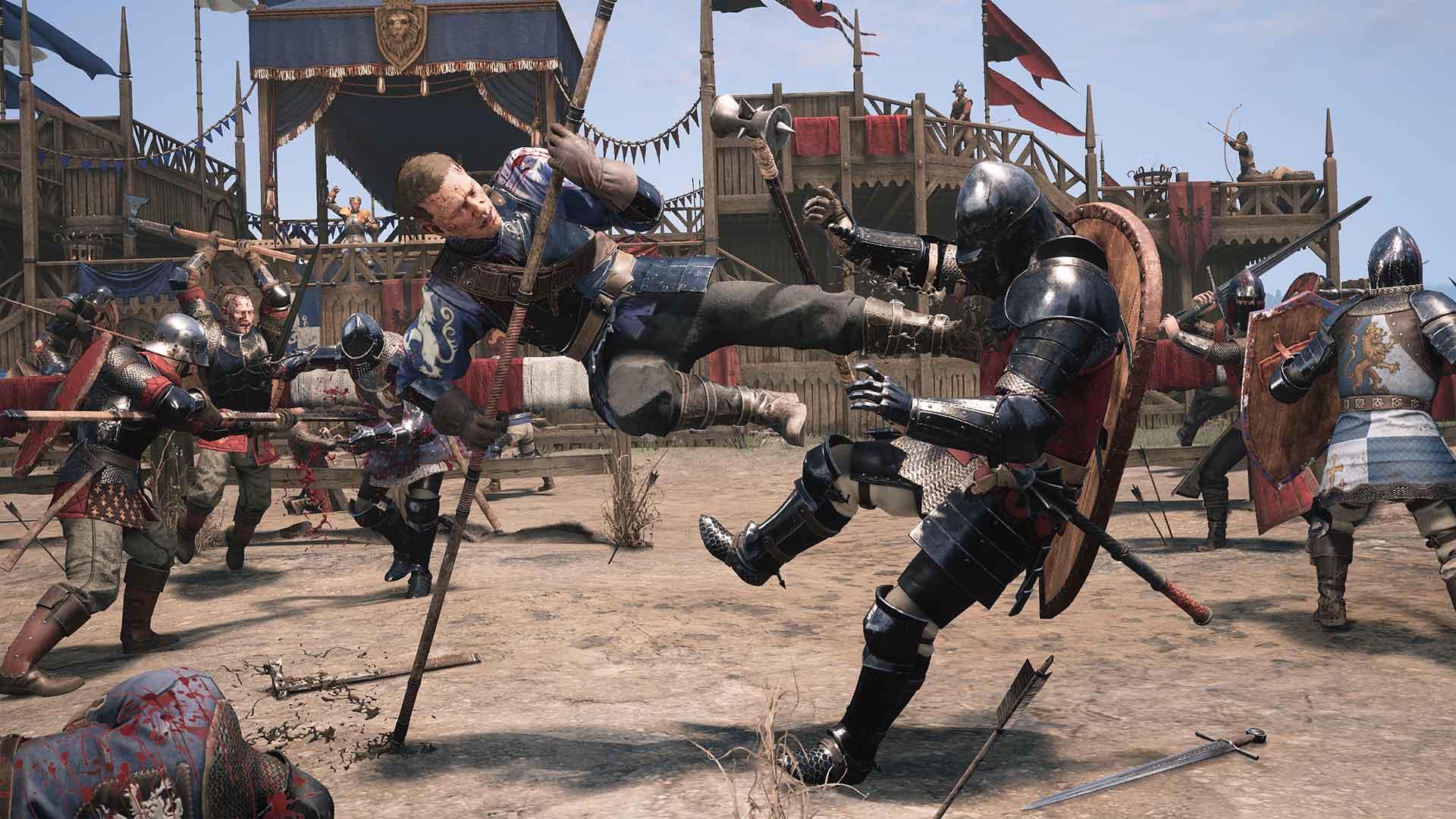 Written by Elliot Hilderbrand on 6/22/2021 for PC
More On: Chivalry II

All that stands between you and glory on the battlefield are 63 other players trying to make a name for themselves. Chivalry 2 takes almost everything up a notch in the world of medieval battlers. The intricate combat system that is easy to learn, hard to truly master, and still welcoming to new players. Maps are big and, for the most part, well balanced. The subtle humor adds a nice touch to the medieval world. With 12 classes to play there’s no wrong way to gain glory on the battlefield.

Before playing your first match, Chivalry 2 takes you through an intense tutorial. Blocking, parrying, and repose are all skills essential in being proficient at storming a castle. After completing the tutorial I thought I was ready for an actual player vs. player match, but once the feel of actual battle began I found myself just pressing a couple of keys. Sometimes I was successful, other times I was dropped by the enemy as soon as I ran up to them. 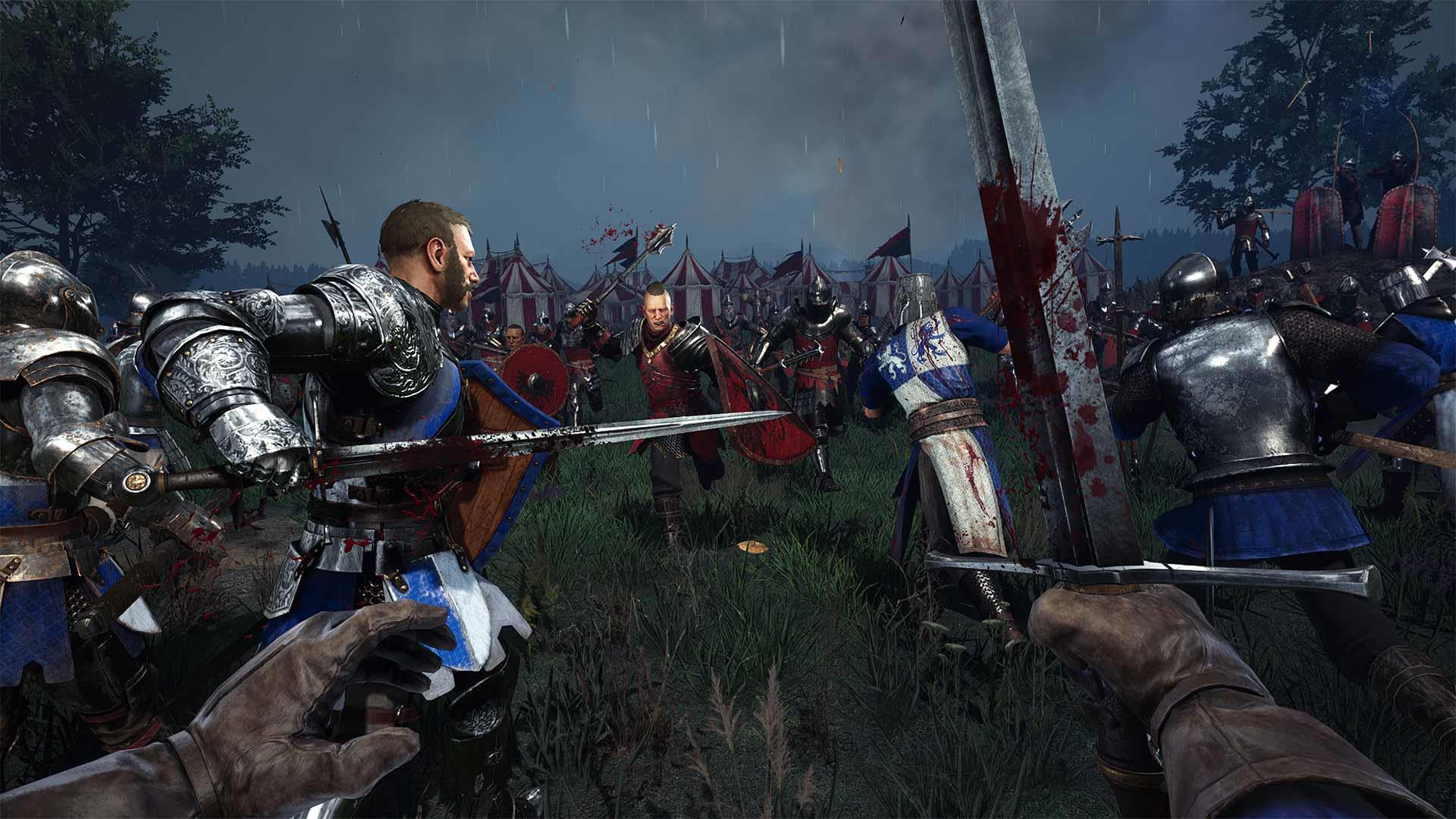 Chivalry 2 can feel like a lot is happening all at once, and you need to understand it all. Take attacks as an example. You have four different ways to make them: sprint attack, primary attack, secondary attack, and tertiary attack. Combine that with having to parry, kick, or even crouch to block an incoming attack, Chivalry 2 has a steep learning curve at the start that almost turned me away. The nuance of learning when to make each move takes time. Having mild success I found myself excited to go back out onto the field and try again. There is no better feeling than being able to take on three other players and beat them.

With a lot of different attacks to learn also comes the dozen different ways you can engage in combat. Chivalry 2 offers 12 different subclasses, split among four archetypes. Archers, footmen, knights, and vanguard all have unique health, stamina, and movement speeds. Archers are the only class that play completely different from the others, focusing on ranged attacks where the others focus almost completely on melee fighting. Whatever playstyle interests you is easy to unlock quickly enough, but unlocking all 12 subclasses takes time. 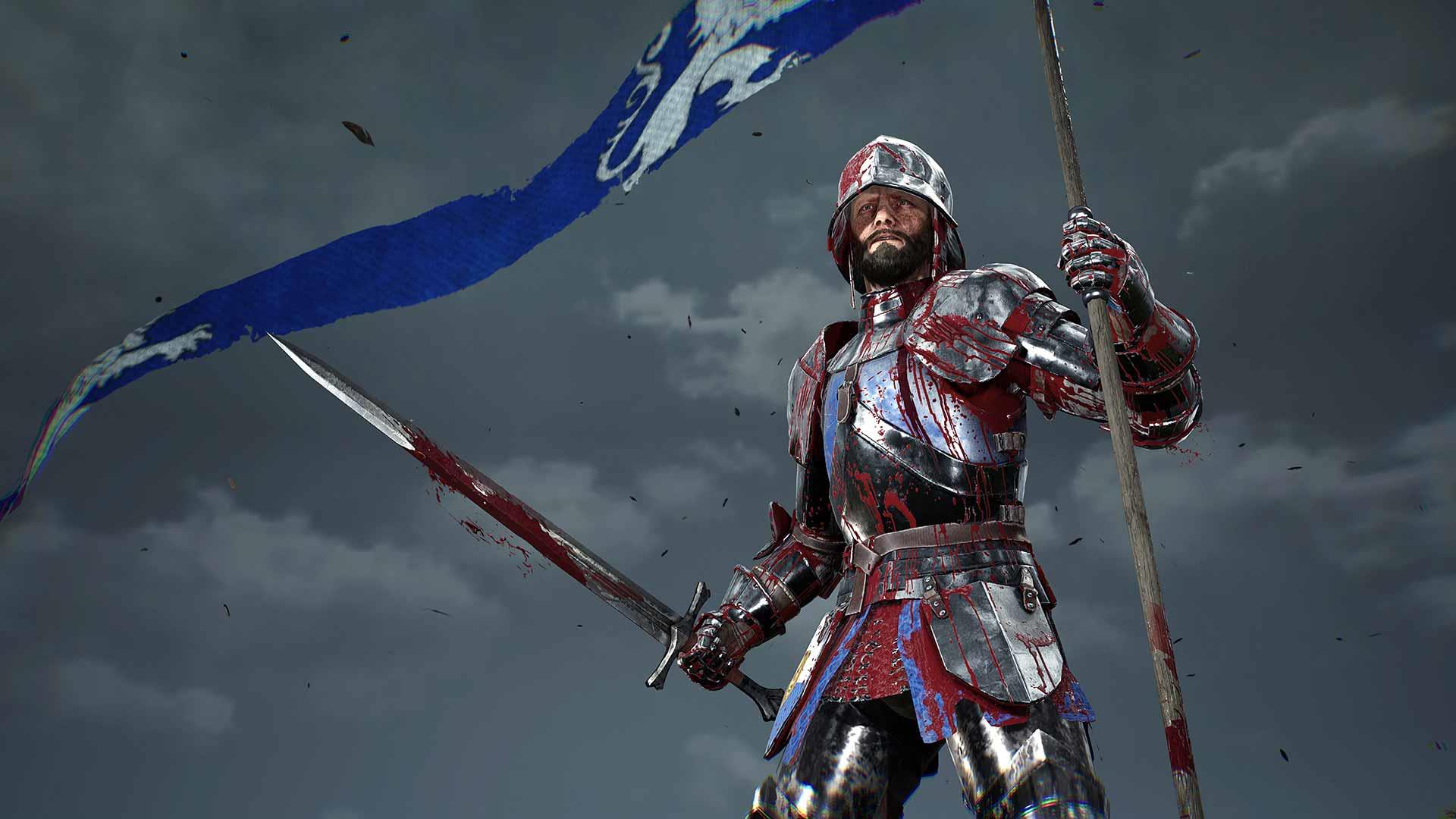 With the 12 subclasses there are also other ways to customize your characters—and most of them are cosmetic. Facial features, voices, call outs, battle scars, gender. Chivalry 2 allows for a lot of customization, but you rarely notice any of it. Do I really need to be able to choose the color of my character's eyes? I play in first person 90% of the time, does it matter that I have a beard? Men have a lot of choices, but each archetype only has one choice when it comes to females, and only one voice option for them.

Combat is where this game shines, and it is so bright you need sunglasses. What type of attack you perform matters, when you start you attack matters, what direction you drag your mouse as you swing matters. Having said all of that, while a single person cannot carry a match, they can still make a big difference. But with playing in either 64- or 40-player matches there are too many factors for one person to win or lose for an entire team, but you also can’t go blindly into a game swinging and hoping for the best. 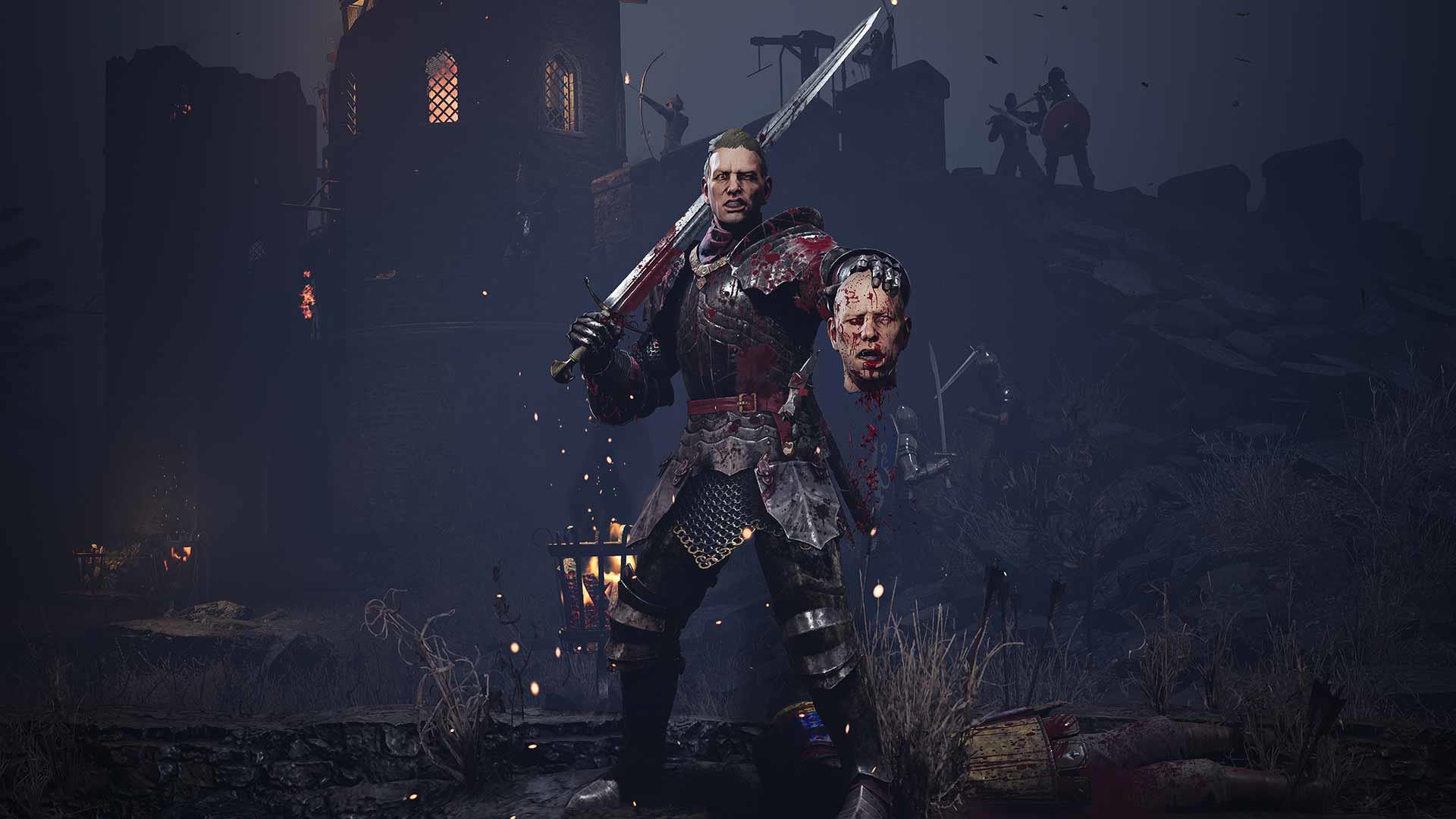 Players are also rewarded for playing their class correctly. Special abilities are all made to make your team better, not yourself, and the skills recharge quicker when you do things your class is made for, like charge attacks, or setting enemies on fire with an arrow. Another aspect that is not always present in games like this is team damage, or friendly fire. A sword is a sword no matter who is swinging it, and Chivalry 2 has no problem allowing you to slice the head off a nearby ally whose location you were not paying attention to. Because of that I feel the archer classes have a harder time because people are constantly moving. Combat does feel fair, no one class out plays all the others. Knights  might be more well rounded than the other three, but a good arrow to the head really stops them in their tracks.

The maps and modes in Chivalry 2 do seem sparse. Games fall into either objective based or simple free for all. Most maps feel balanced as well. It doesn’t matter if you are trying to sack the castle or defend the village from plundering, both teams can win in either situation. I find some teams do better on certain parts of the map, like trying to defend a bridge is a lot easier than trying to cross. 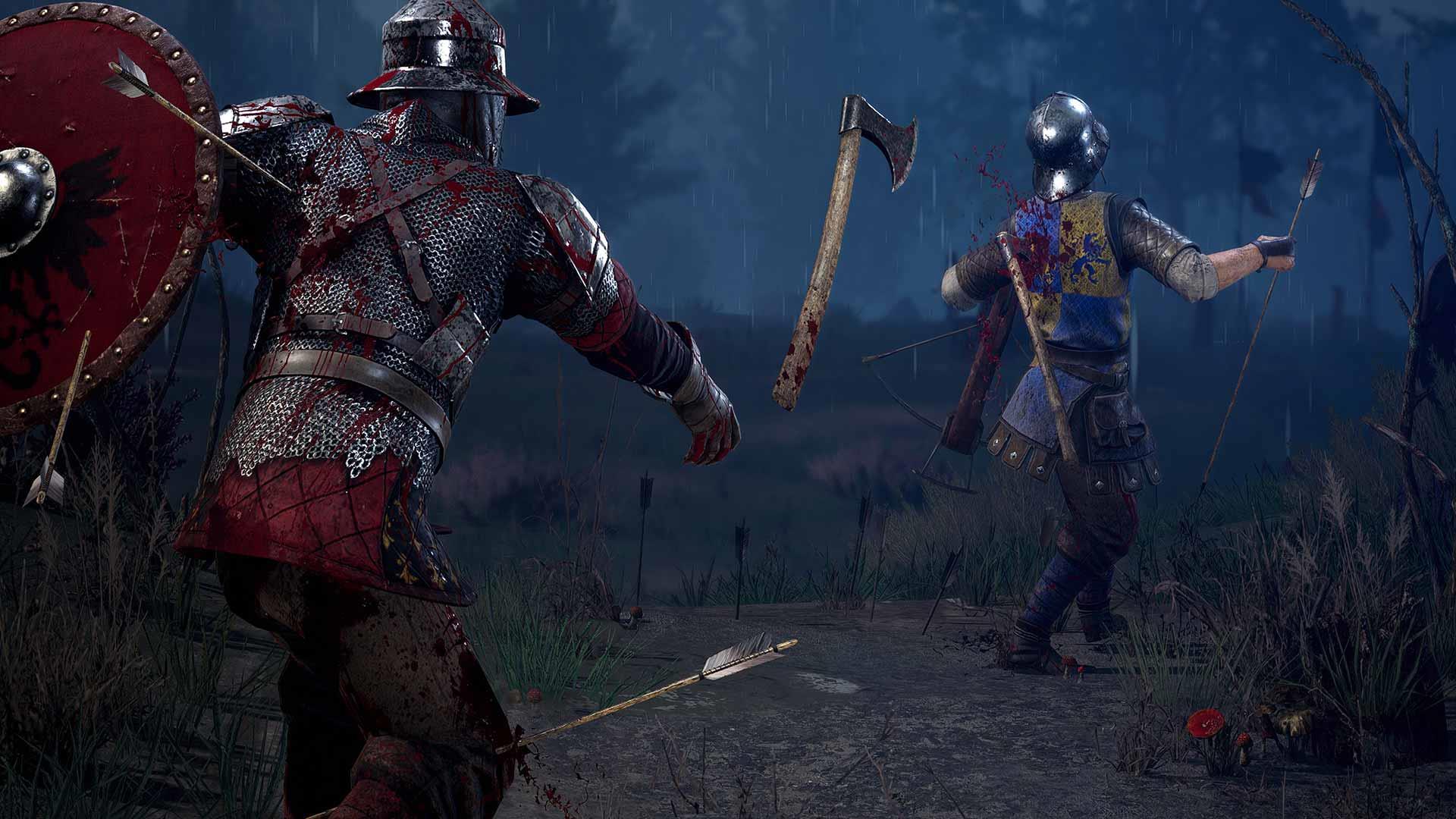 Developer Torn Banner is promising a lot of post-launch content, and they seem to be keeping to that promise. The Galencourt map, which is a walled city, was recently shown off at E3 2021, and appears to be heading out sooner rather than later, which is a welcome sign they plan to stay with the game post launch.

Overall I find the maps, and game in general, to be extremely replayable. I finish a battle and immediately go into another one without checking to see if I have enough time to get another fight in. Chivalry 2 has a lot to learn in order to be the best on the field, and because the combat is so polished and fair I want to keep trying to climb the leaderboard. I’m planning on keeping my sword sharp and running into battle for the foreseeable future.

Chivalry 2 shines in the combat department. Combat is fast, and the high ceiling of learning it all helps keep players invested. There may not be a ton of maps, but they are full, the movement of gameplay is refreshingly fun, and the promise of more post-launch content keeps me hopeful.