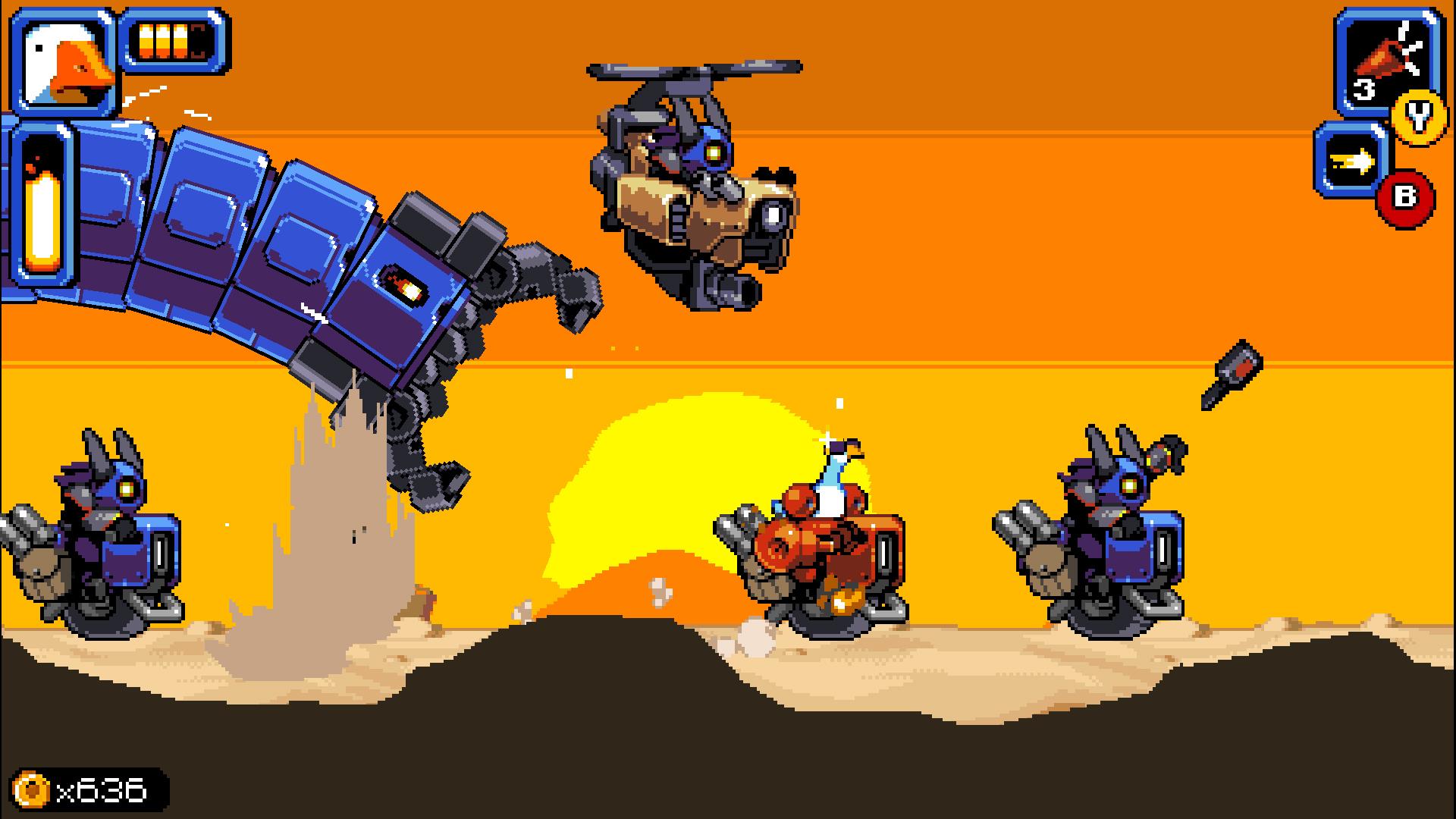 Games N Moorer's Joseph Moorer took to the Nintendo Switch last night to preview the new action game Mighty Goose. Mighty Goose is bringing it's shooty-jumpy-shooty wrecking-ball gameplay to consoles and PC in a few days, and we wanted to give readers (and Joseph's Council) a good look at the game before it releases. Joseph commented that he got "Metal Slug vibes" from Mighty Goose, and he's absolutely right. Mighty Goose looks and plays like a modern take on that SNK classic.

With an embargoed stream limit of one hour, Joseph jumped right into the action, lasting about six minutes before his goose was cooked for the first time. Joseph is good at games, so this was a pretty great performance. Mighty Goose looks to be mad chaotic, with giant enemies filling the screen and bullets flying in every direction.

By the time his preview hour was over, Joseph has recruited a piggy friend (with glasses) to follow him around and help with combat. Kind of, maybe. He was also leading a train of bunnies to safety, like Abe from Abe's Odyssey but cuter. At one point, he was running around in a goose mech, stomping on dudes and wearing his pig friend like a backpack. It was a festival of wanton goose carnage. Because what's good for the goose...is good for the Joseph. Right? That seems right.

Mighty Goose, developed by Blastmode and published by PLAYISM, arrives on June 5th on Nintendo Swithc, PS4, PS5, Steam, and all of the Xboxes. It looks like a ton of fun.