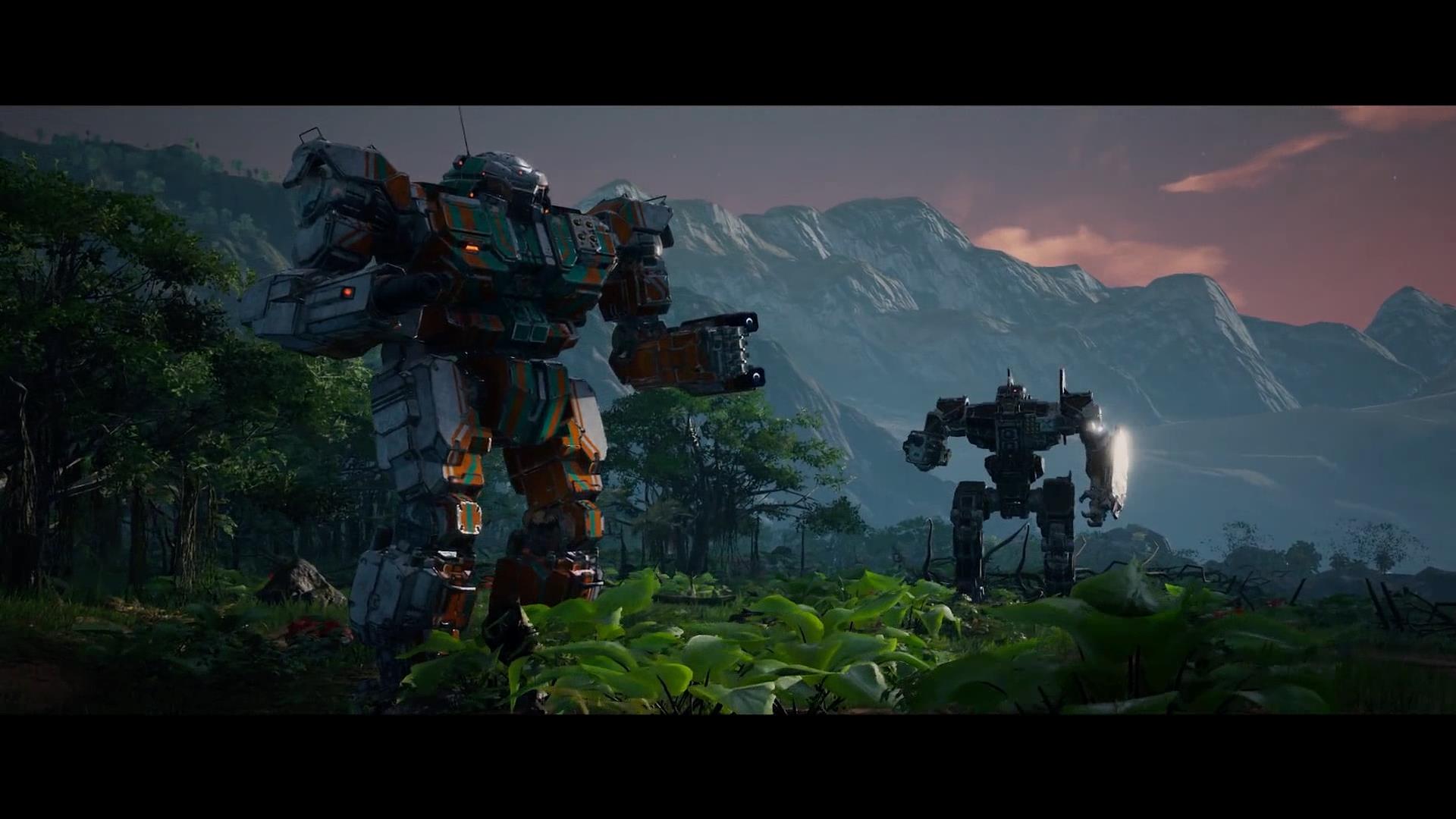 Written by Carter Kilmann on 6/14/2021 for XBO
More On: MechWarrior 5: Mercenaries

I’ve never been a mech fanatic, so I had low expectations when I booted up MechWarrior 5: Mercenaries for the first time. Then again, I tend to take this approach when I review games. It almost always turns into a pleasant surprise. MechWarrior was no exception. 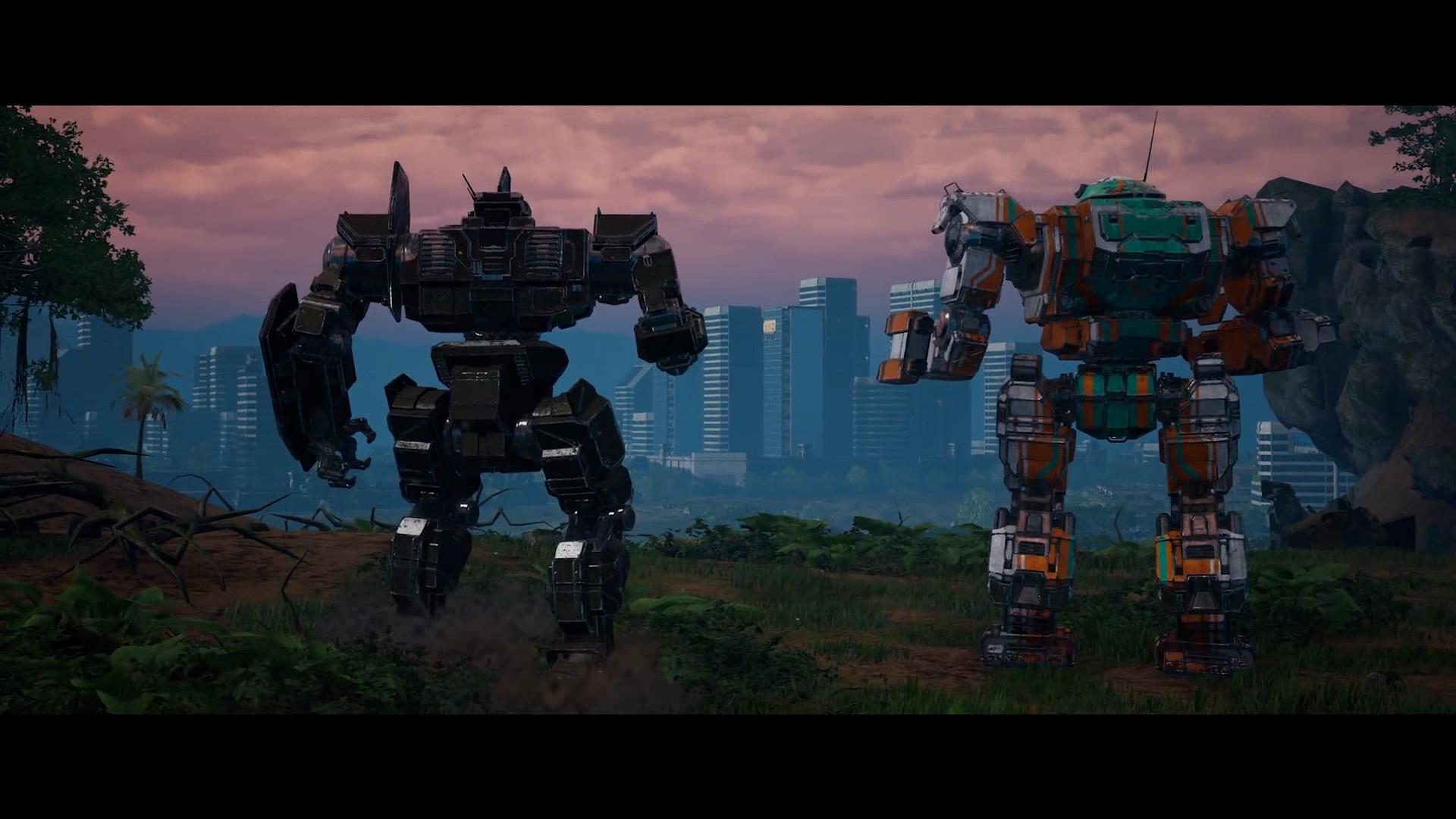 Rather than ease myself into the world of mechs, I decided to drop right into the heat of battle through a preset scenario in the Instant Action game mode. Armed to the teeth with the highest tonnage mech in the game—which meant nothing to me at the time—I quickly realized that speed is not an advantage of the Assault class. I trudged across the battlefield like honey dripping out of an overturned jar. I’m here to tell you that slow and steady does not win any races in MechWarrior 5. It’s a true test of one’s patience. But what I lacked in speed, I made up for in firepower.

MechWarrior 5 puts you in control of death machines. Even on a controller, you feel like you’re in a massive, hulking machine equipped with enough firepower to rival a missile cruiser. Tanks and artillery don’t stand a chance. Helicopter and VTOL jets will only temporarily exist within nearby airspace. It rewrites the adage of David versus Goliath: you’re Goliath, and you’re going to win. 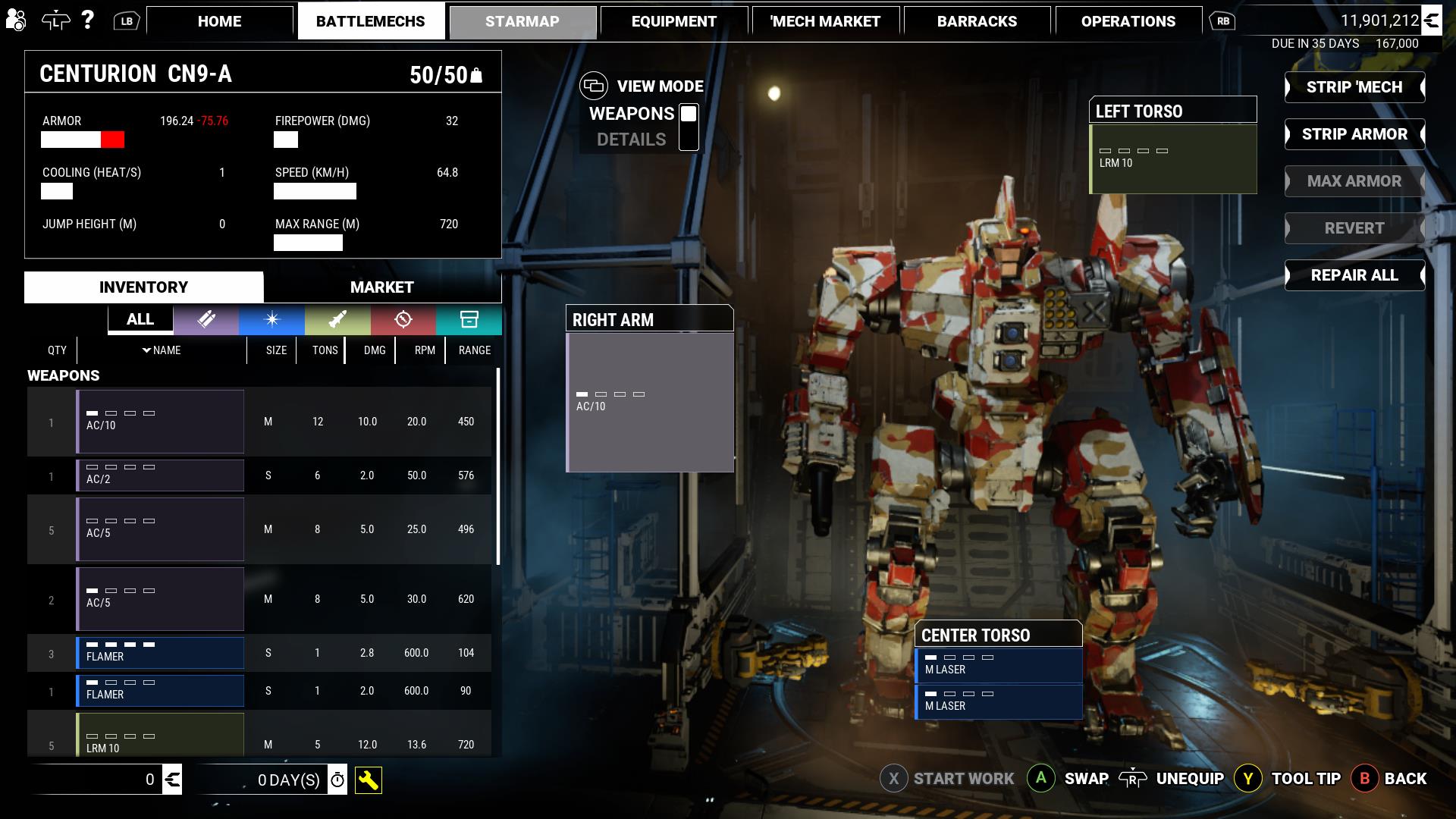 Combat is intense. Movement is critical. Positioning can be the difference-maker. You’re a gigantic, imposing force, but you’re also a large target. It’s not that MechWarrior’s controls are complicated. You’re mainly using thumbsticks, bumpers, and triggers. But your mech’s torso rotates independently of the legs. Meanwhile, you’re firing up to four groups of weapons simultaneously, so you have two crosshairs guiding your upper body’s and lower body’s movements as well as your weapon targeting. It takes time to acquaint yourself with this dynamic. Also, the cockpit view is far more realistic than the third-person drone view, but your periphery is practically nonexistent. So, stick to drone view while you’re getting a feel for the controls.

Balanced mechs with a blend of speed and damage-dealing capabilities make the adjustment process easier. Fortunately (and unsurprisingly), MechWarrior 5 offers an array of death machines to test. Mechs are categorized by tonnage, which is a delicate balance between speed, maneuvering, and firepower. The bigger the mech, the bigger your arsenal of weaponry, from lasers and machine guns to heat-seeking artillery and cannons. The smaller the mech, the faster you move, which can be helpful for evading larger targets and finding weak points. It’s a fluid spectrum. 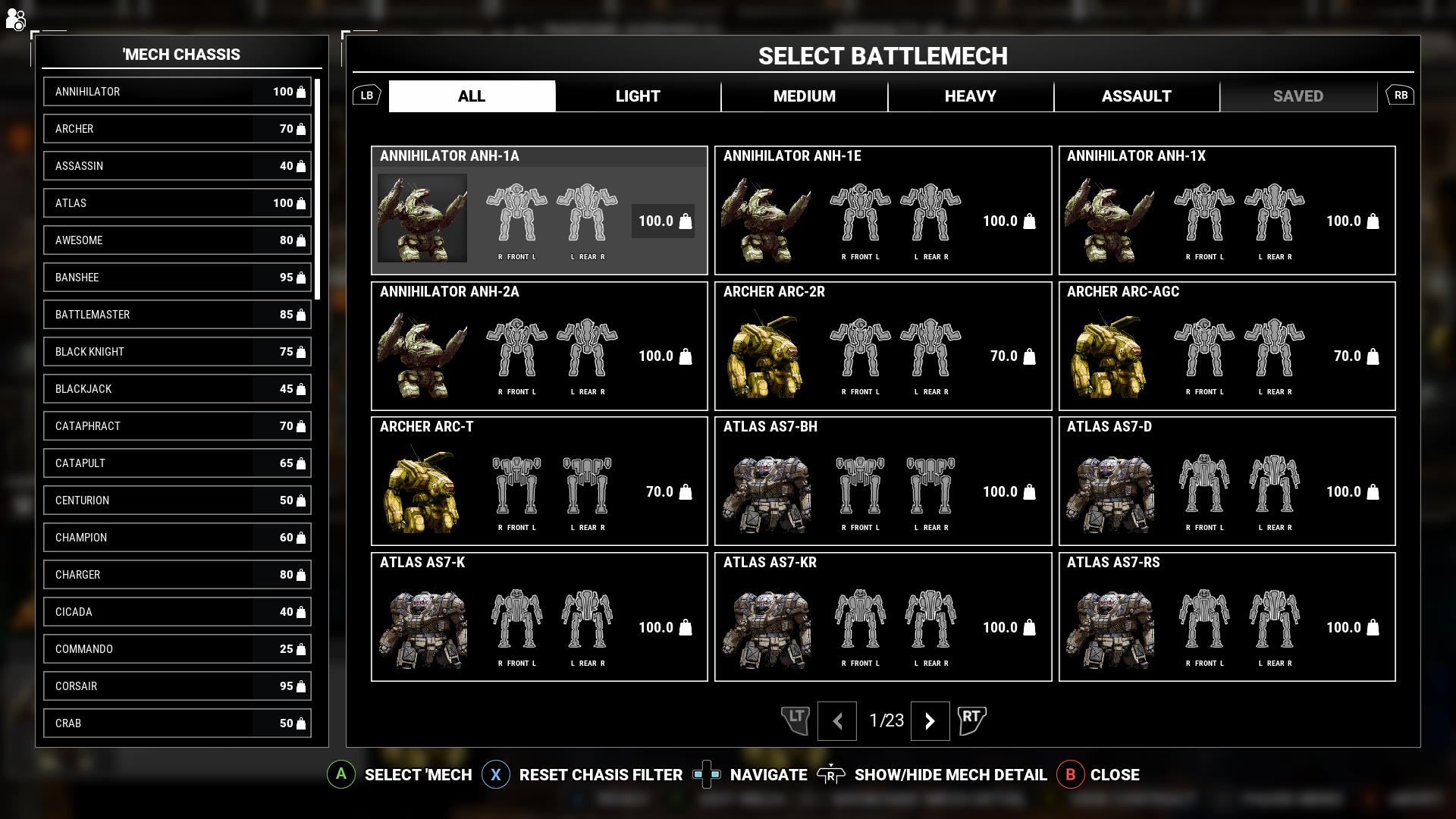 Customization is fairly deep and strategically important. It allows you to play to your preferred combat style. To maximize combat effectiveness, every piece of the mech body serves a purpose. You can even go as far as tinkering with the exact armor makeup of each mech component. You have ultimate control over your mech loadout, whether it’s stockpiling ammunition in the right arm and loading heat sinks in the left torso to avoid overheating in combat—which would initiate an emergency lockdown. Speaking from experience, it’s not ideal when your instrument of death enters the fetal position during missile exchanges.

Beyond Instant Action scenarios, MechWarrior 5 also offers a campaign and a career mode. The year is 3015. The Inner Sphere is fragmented after a trio of succession wars, the third of which commenced 150 years ago and is still underway. It’s truly a mercenary’s playground and paradise. Through MechWariror’s campaign tutorial, we’re introduced to a small mercenary squad by the name of Nik’s Cavaliers, led by none other than Commander Nik Mason. We see the Inner Sphere through the eyes of Nik Mason’s son, who’s just getting his feet wet in the mercenary business. 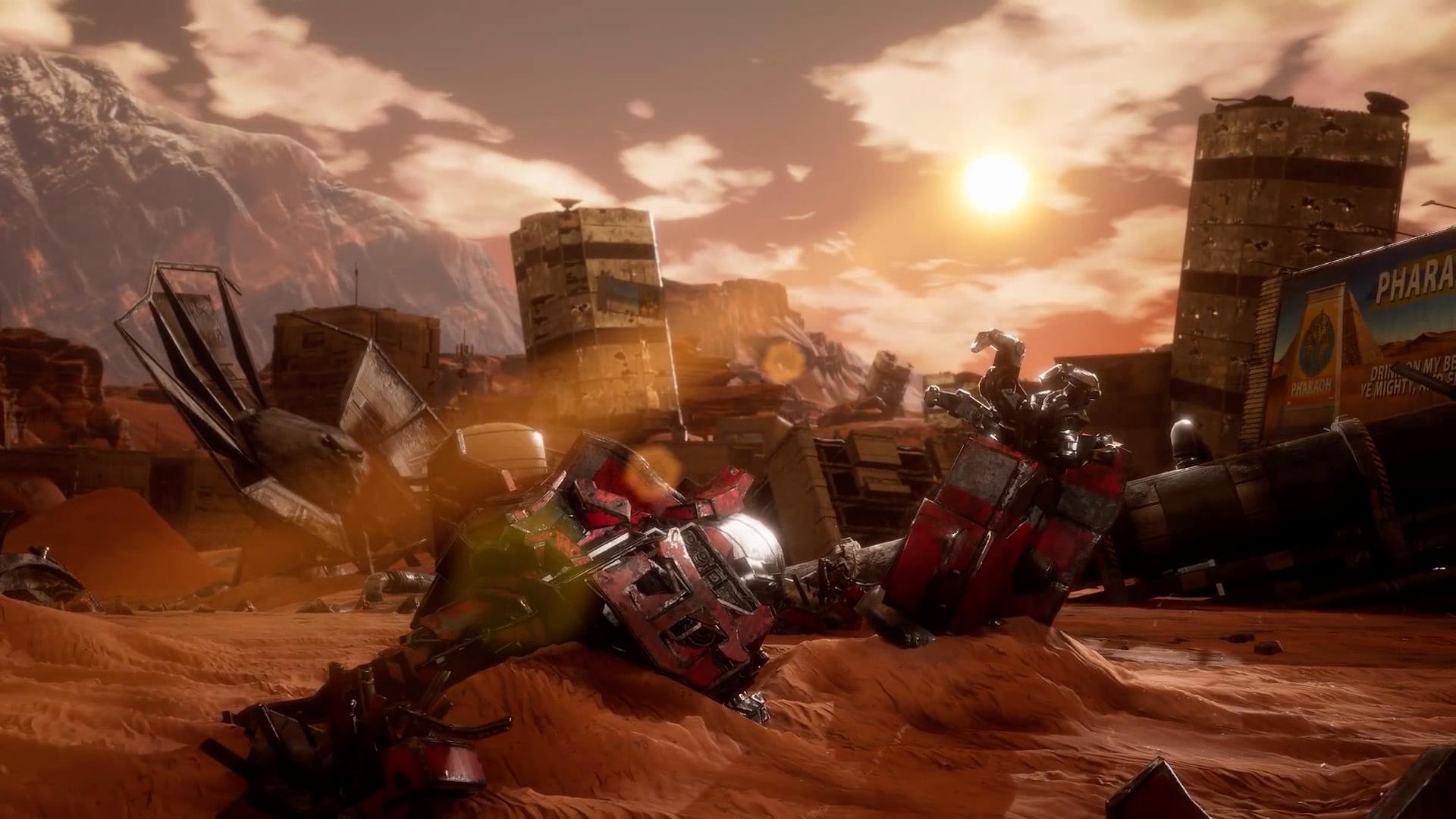 After getting a basic feel for the controls and mechanics, we’re shown an opening cinematic and introduction to the rest of the storyline. I won’t spoil the major “twist,” but invading forces, known as the Black Inferno, drive Nik’s small mercenary clan from the planet in a dramatic—and easily avoidable—fashion. Maybe I’m being overcritical, but the scene felt rushed and forced. I’ll let you form your own opinion though.

Upon escaping from the Black Inferno’s grasp via our handy-dandy spaceship, our general goal is to increase our mercenary crew’s size and reputation by completing contracts for various factions. These not only progresses the storyline but unlock negotiation influence. This influence gives us more bargaining power at the negotiation table, allowing us to demand more C-Bills (the currency of the Inner Sphere), a larger claim on salvageable parts (like damaged mechs, weaponry, and ammunition), better insurance coverage (because repairs are expensive), and even airstrikes to rain extra hellfire from the skies. 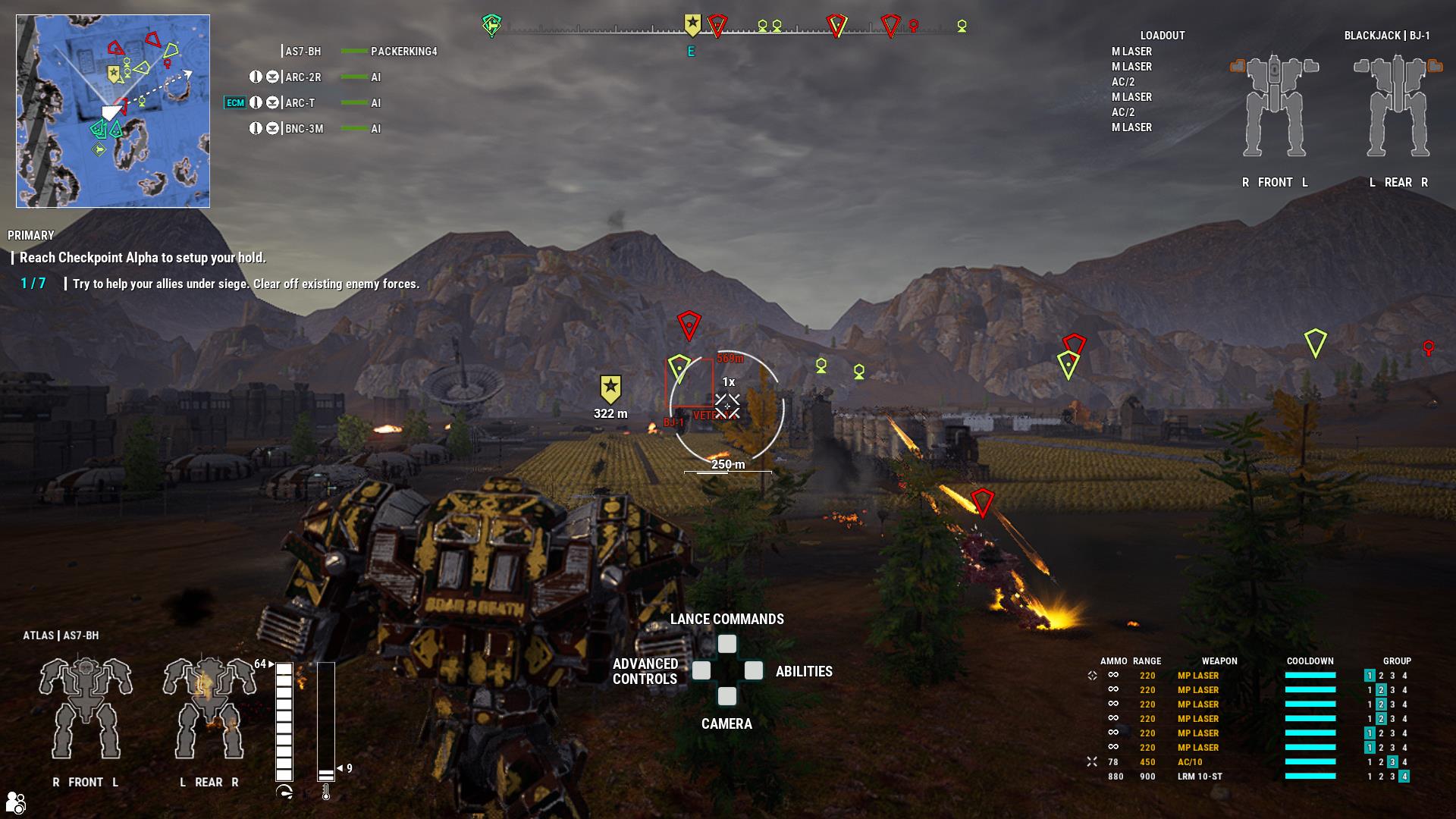 Contracts are divided into a variety of mission types and environments. You could defend a settlement in a barren desert or assassinate an infamous officer in between snowy mountain ridges. My personal favorite is Warzone, which deploys our unit right into the thick of battle. I dare you to deploy into combat without feeling like a badass. It’s oddly reminiscent of the film Edge of Tomorrow. Most missions feature waves of enemy combatants, ranging from a handful of minor vehicles like tanks, artillery, and helicopters to multiple mechs.

As I said, it’s a mercenary’s world, so that means embracing the independent contractor and entrepreneurial lifestyle. We’re not only charged with making a name for ourselves but also managing operations and maintaining profitability. Because commanding a mercenary squad of mechs and galavanting across the Inner Sphere isn’t free. There are expenses, such as interplanetary travel, mech maintenance, and pilot wages. The mercenary game can a lucrative business, but it’s still a business. 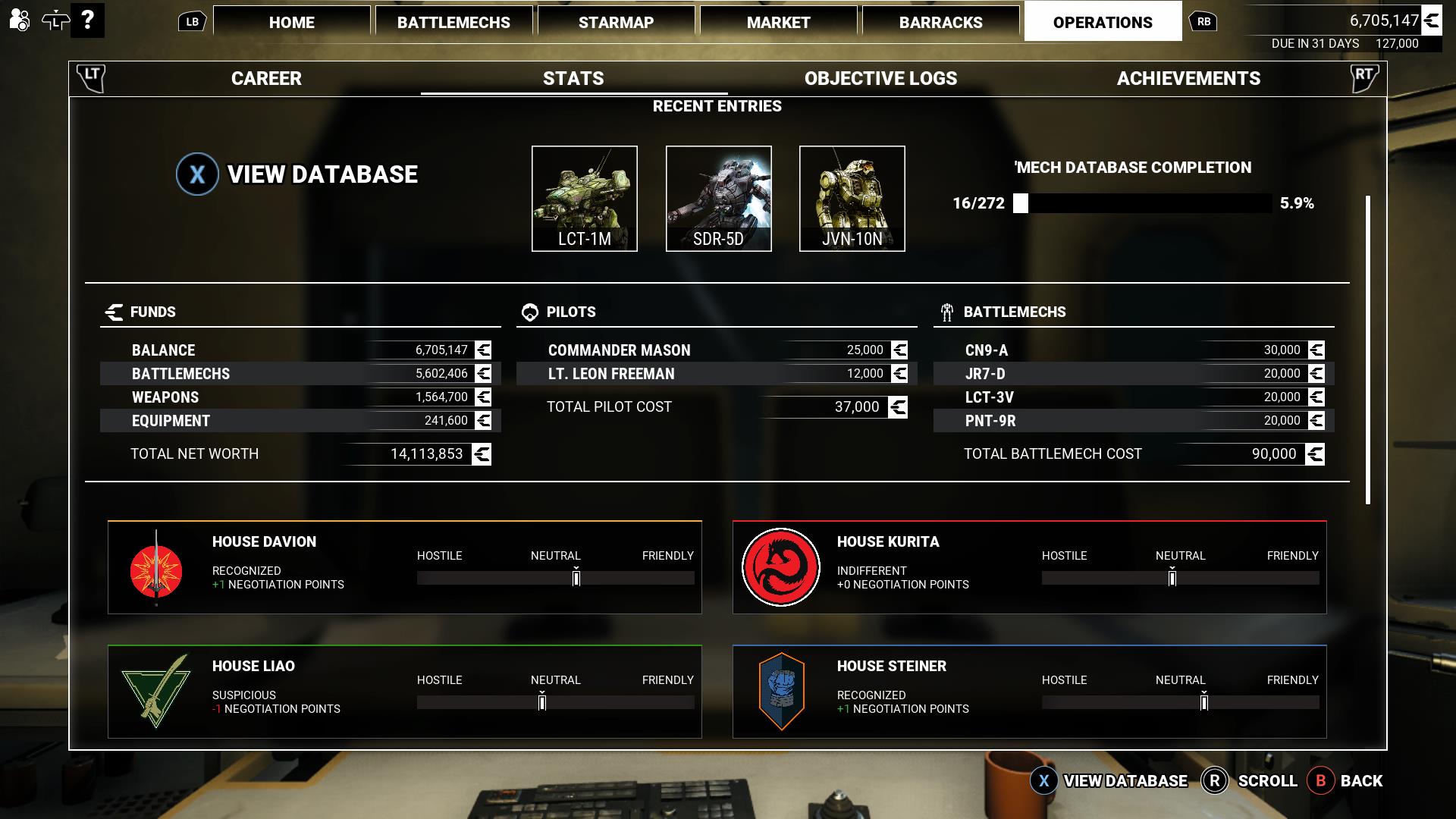 Throughout our travels and conquests, we occasionally run into vagabond pilots in need of a ship to call home. Fortunately for them, we’re pretty accommodating. So long as we have multiple mechs—and, let’s face it, the name of the game is MechWarrior, so there are plenty of mechs—we can deploy into battle with up to four pilots. My AI pilot comrades usually delivered acceptable performances on the battlefield. They aren’t quite as cautious about preserving their multi-million C-Bill suites. But hey, who am I to judge? And, every now and then, I’d have a rogue mech venture away from the fray and do absolutely nothing. Beyond that, I appreciated their assistance.

Our ship not only houses our mechs and pilots but also serves as our HQ, war room, and repair bay. From here, we traverse the Inner Sphere and its bountiful, sprawling system of planets via the Starmap, which is divided into sectors that are each controlled by one of five factions or Great Houses. Much to my surprise, the Starmap is huge and full of planets to visit—not that the name implies anything different, I just didn’t expect such a dauntingly expansive map. 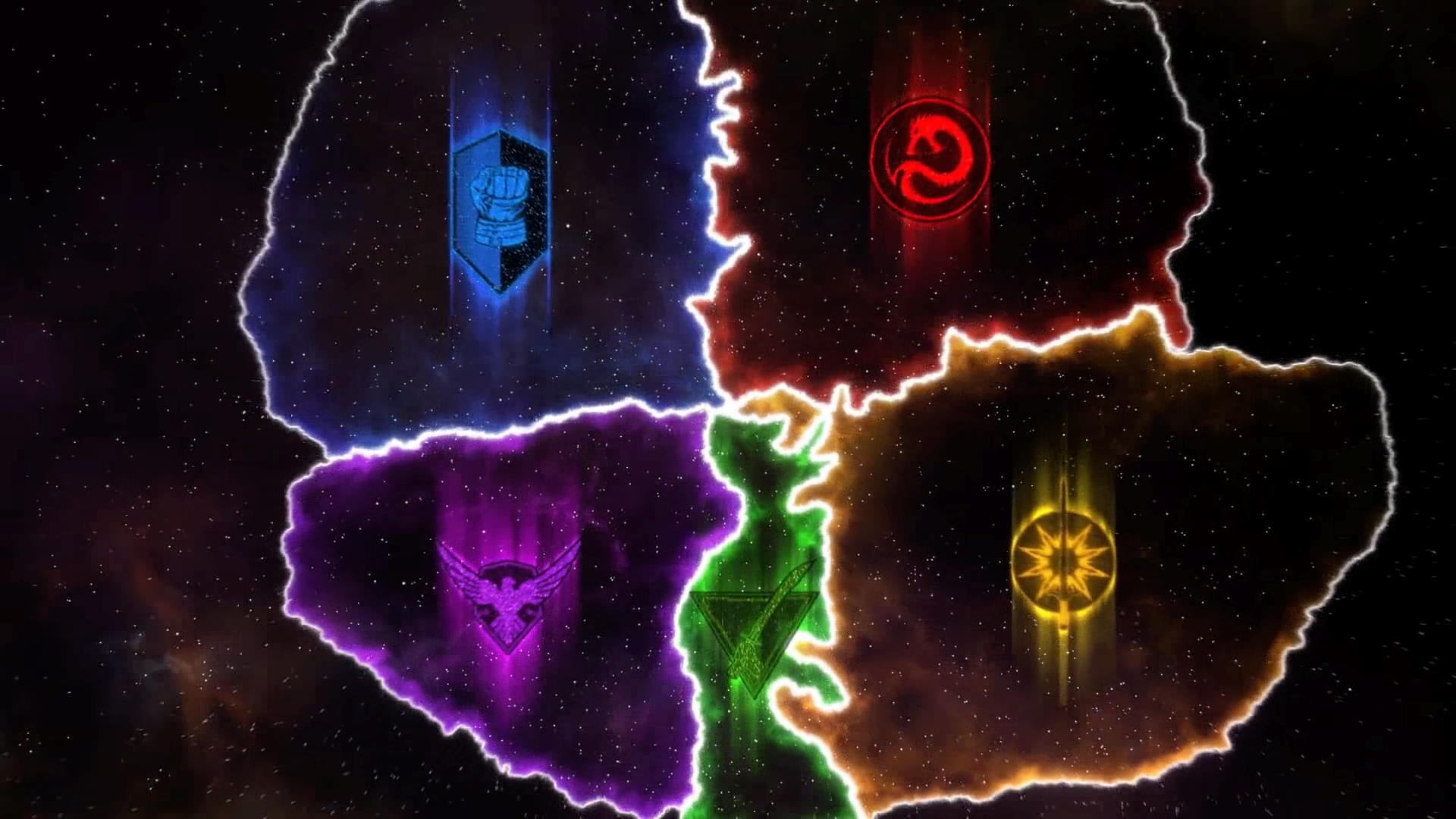 Through my playthrough thus far, I’ve only come up with two qualms. First, I have to imagine this is a small fix, but it’s a little too easy to inadvertently Abort Mission from the pause menu. As a dedicated game reviewer, I saw it as my responsibility to test this menu option. Unfortunately, if you select this option, you will not receive an “Are you sure?” prompt.

The mission aborts. Surprise. While the obvious issue is lost mission progress, the less obvious repercussion is reduced standing with the contracting party. In other words, the faction loses some trust with you, which hurts at the negotiation table.

Second, another small gripe, but I’d love a tutorial for the mech loadout screen. Beyond explaining repairs, the explanations stop. Heat sinks are necessary for keeping your mech from overheating. I appreciate a succinct, well-placed tutorial. It saves me the mental energy from having to sort it out myself.

All things considered, MechWarrior provides plenty of firepower and enemies to shoot at, so these complaints aren't enough to detract from the total experience.

If you're a fan of massive death machines, explosions, and a dab of entrepreneurship, MechWarrior 5: Mercenaries will appease your unique trio of interests. There are also enough mechs, customization tools, mission types, and environments to keep gameplay from becoming too repetitive. Lastly, although I wasn't emotionally attached to the story, it was still entertaining enough.