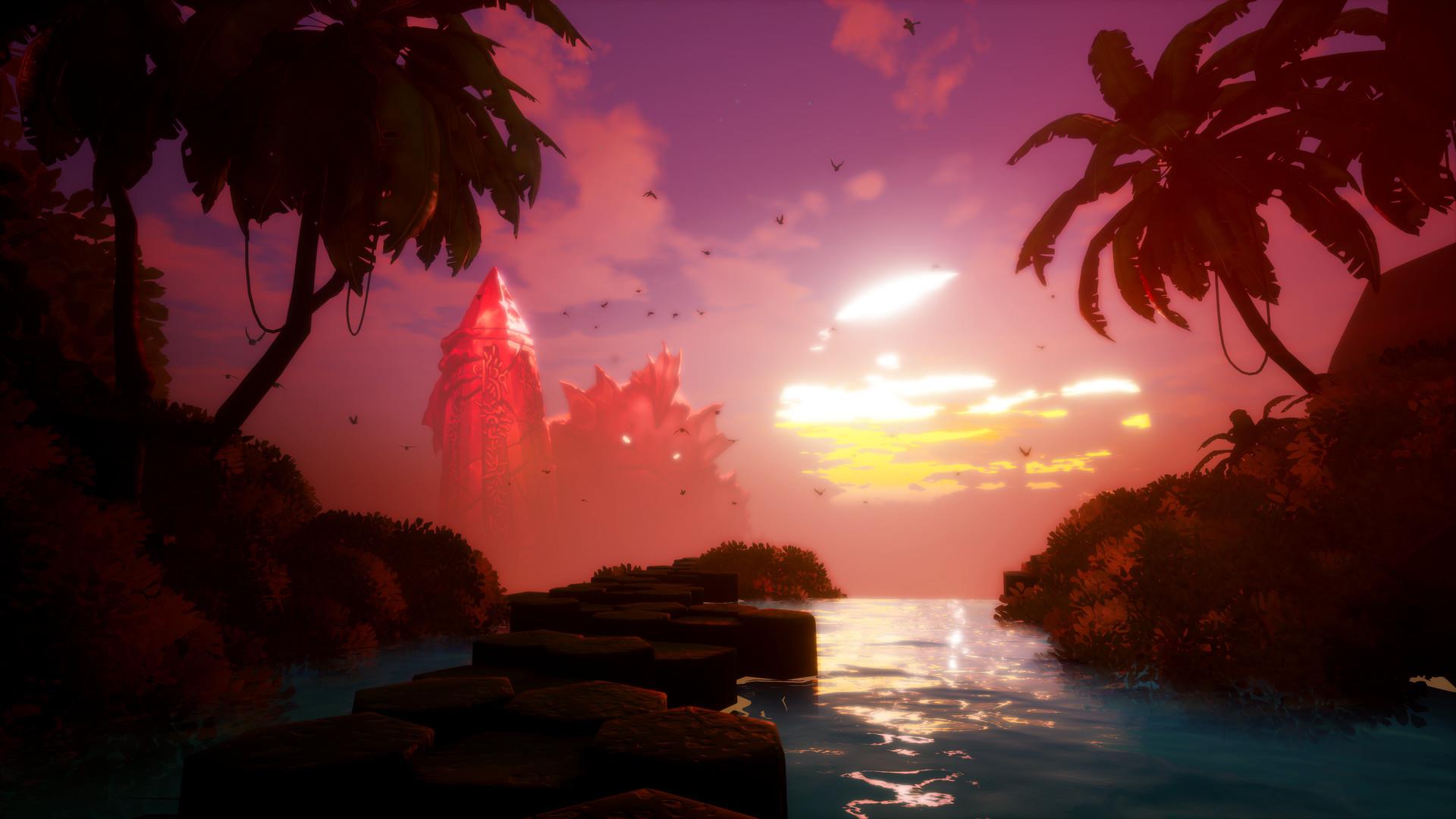 Call of the Sea

Originally released on Windows and the Xbox platforms in December of 2020, Call of the Sea has recently been published for the PlayStation 4 and 5. In Call of the Sea you play a teacher, Nora, who’s in search of her husband and his expedition team who left some time ago. She finds that he may be on a mysterious island the locals have zero interest in landing on. Naturally you pay someone handsomely to drop you off for a few days while you have a look around. By solving puzzles and finding clues, you make your way further and further into the island and discover why the locals are afraid to step foot on the island.

Call of the Sea is divided into chapters, each one independent from the last. You can replay chapters, which you would do only to unlock all of the achievements, or complete your in game notebook. All of the clues you need to complete the puzzles in each chapter are there. You just have to find them. It’s easy to miss clues without knowing it. If the path splits into two parts and you choose one that leads to a puzzle, you frequently do not have enough information to solve it. Making sure you travel to every inch available in the chapter is key to filling out Nora’s notebook, meant to make solving puzzles easier. 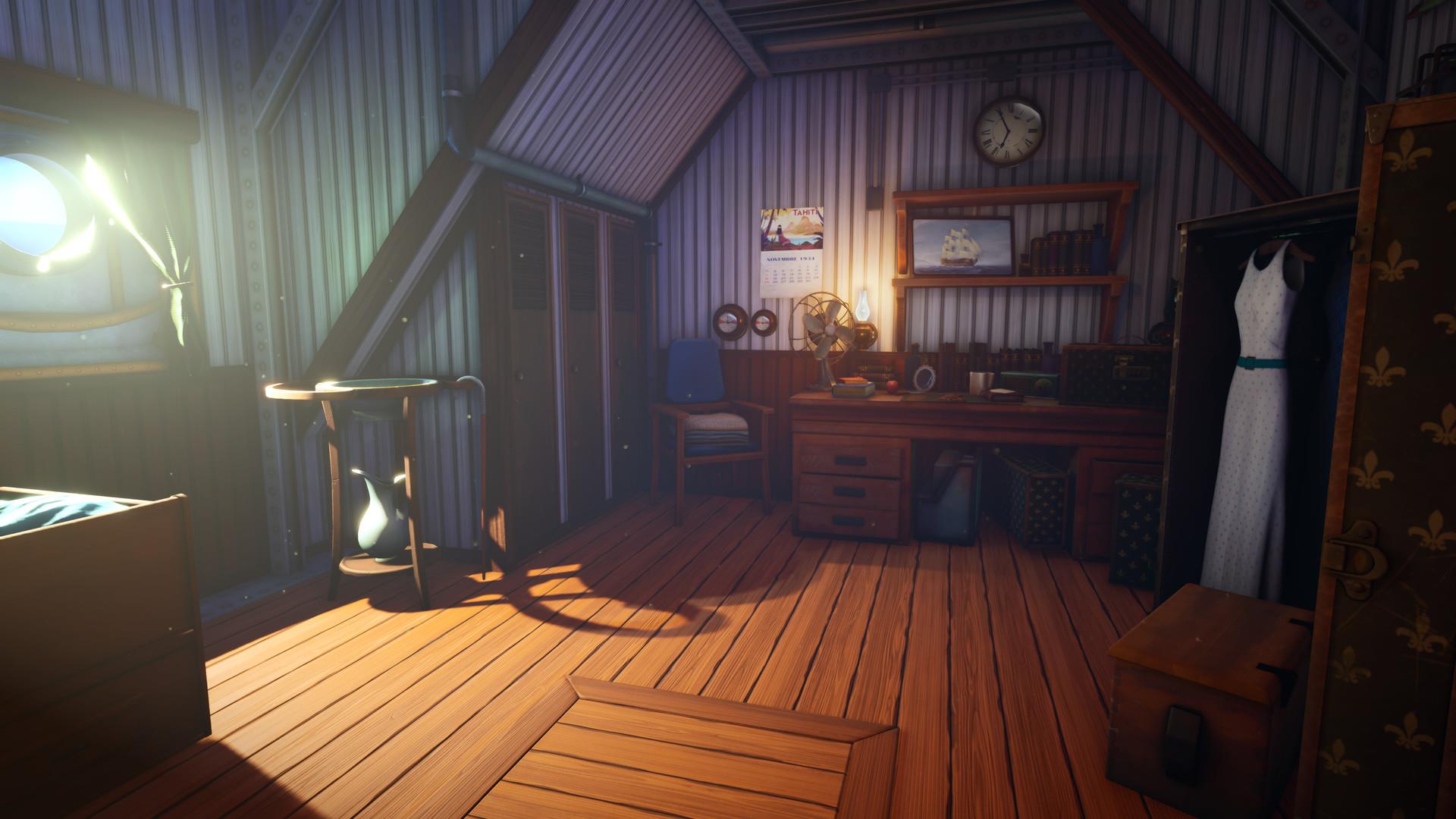 As there is no combat in Call of the Sea, the game relies on solving puzzles as one of its main attractions. The puzzles can range from the simple—especially in the beginning—to grueling. Overall the puzzles are a high mark, just like the story of the game. At times, though, the logic the developers want you to use to come up with the correct solutions are impractical at times. Other times they seem so straightforward that they are not difficult but time consuming. I found a puzzle in the third chapter to be so frustrating that I simply gave up and looked online for the solution. Once I learned where all of the clues were located I found the solution to be much easier. I kicked myself for not understanding it.

Throughout my play I found a couple of puzzles that I simply did not understand. Am I too obtuse to understand them? Perhaps. I pride myself on being able to solve the occasional Wednesday or Thursday New York Times Crossword puzzle. Riddles and cryptic clues are something I enjoy. I found the puzzles to be fun more often than not, but they did test my patience at times, and I broke down and went online for a solution just so I could continue on. 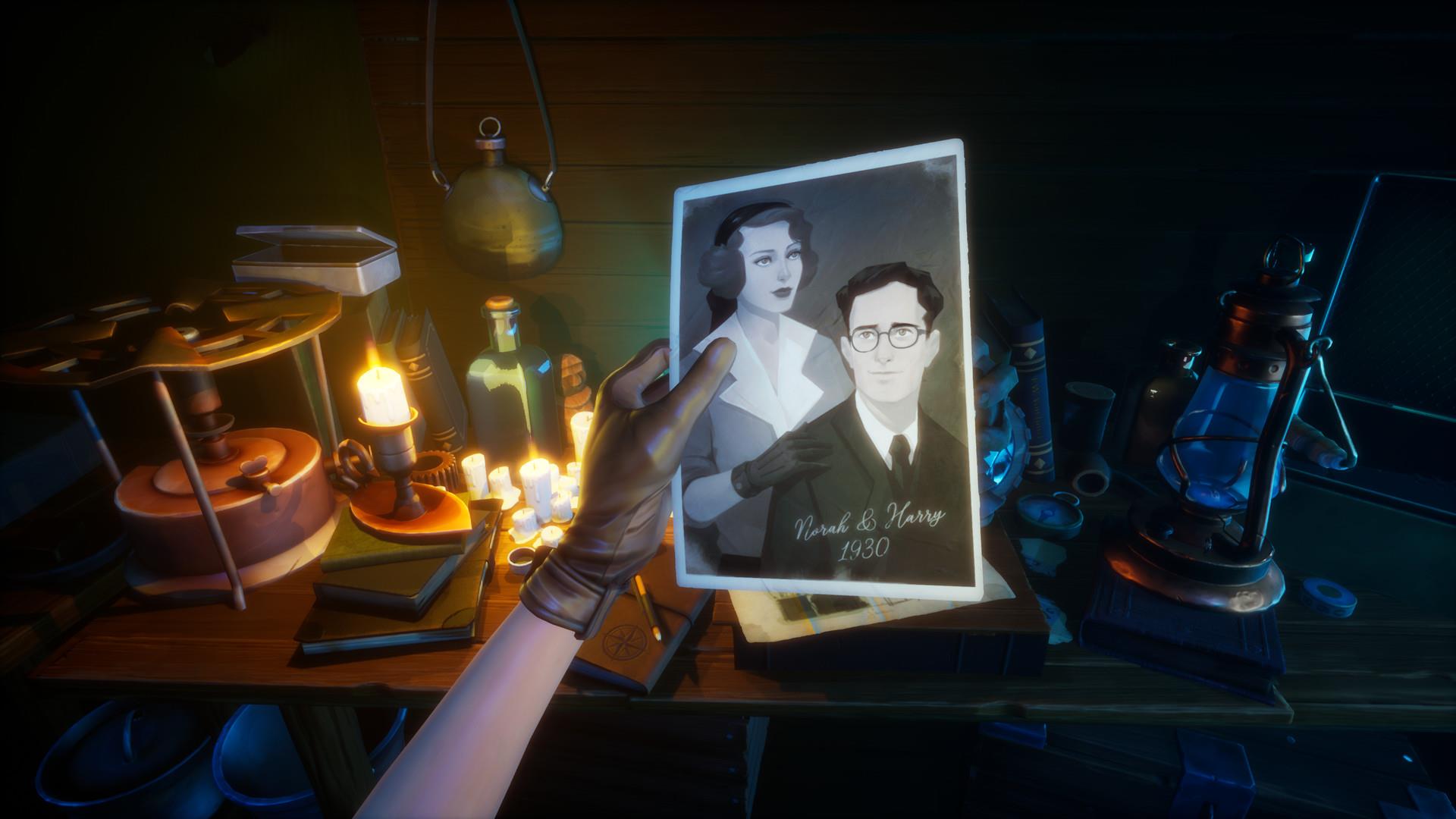 Call of the Sea shines in the story department. As Nora I want to know what happened to her husband’s expedition. I enjoyed going around in each chapter to learn more about the expedition, the mysterious ichor, and of Nora’s ailment. To get the full story players will have to search almost every nook and cranny the game has. Opening a lockbox might show you a photograph that adds to the story, or a tape player that explains why they went where they did on the island. Everything adds to the story and Nora narrates and adds to what you see constantly. At times Nora can feel like a bit much. I don’t need her to tell me that she wished she would have taken engineering classes while she was in school. That’s great Nora, let’s work on deciphering this language that no one has ever seen before so we can find your missing husband, ok? I found the conclusion to Call of the Sea to be very satisfying, even if I was able to accurately predict the outcome, for the most part.

Call of the Sea is filled with Lovecraftian elements without having any true Lovecraft ties. I absolutely love this as someone who wants to love Lovecraft. However, once I educated myself on the man behind the famous writings I’ve struggled to separate the art from the artist. The look, feel, and time period of the game all fit that classic Lovecraft criteria without being outright Lovecraft. Call of the Sea has the aesthetic without directly tying into the mythos. As someone who’s trying to be a better citizen of the world it’s little things like this that I appreciate, whether or not that's what they were trying to accomplish. 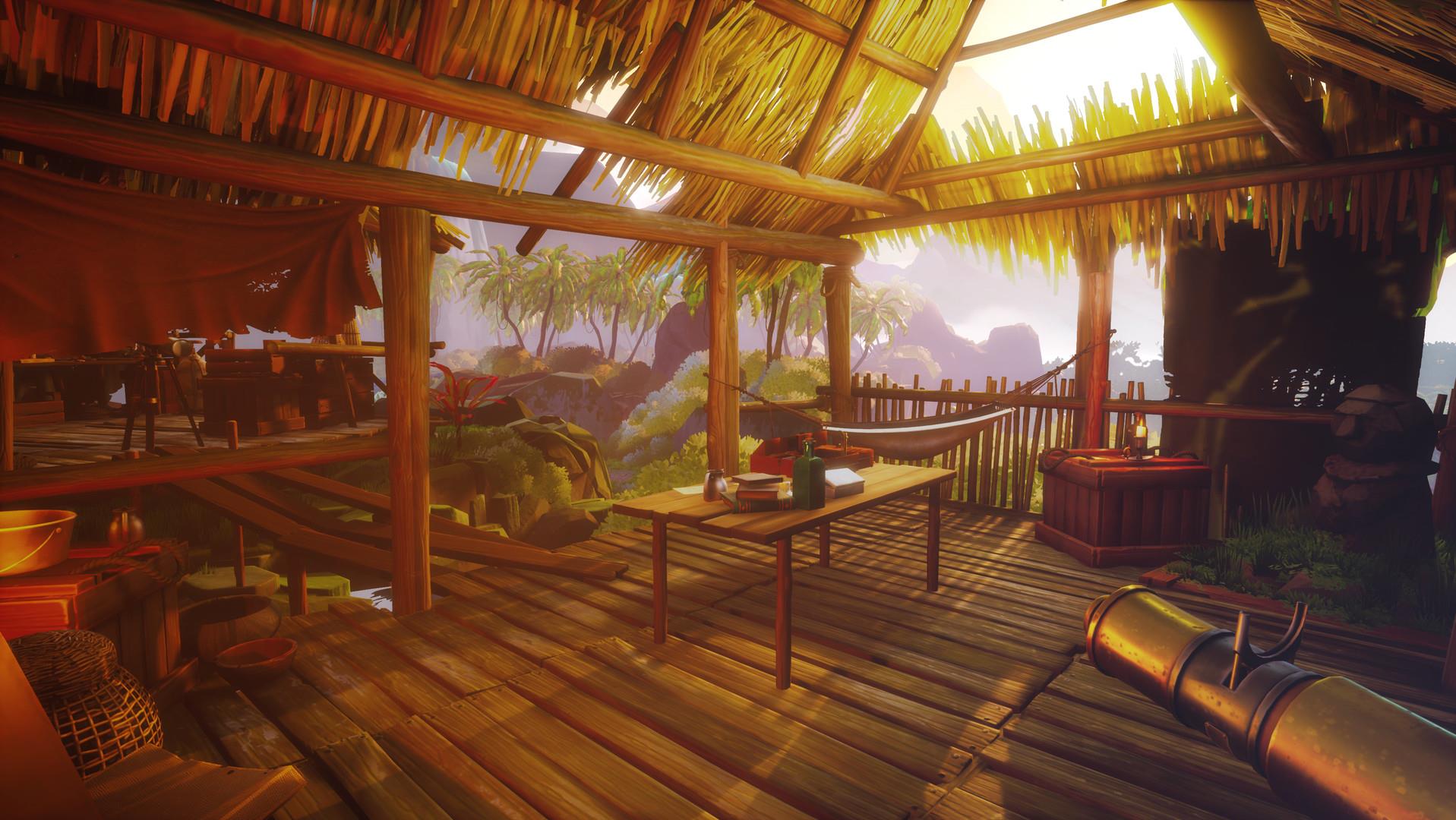 I found the island you are probing to be full of color. Early on, when things seem “normal,” the island presents itself as just that. Jungles are colorful, shipwrecks look dangerous. As you progress you find yourself in a storm, as well as underground, all matching the tone of the chapter you are in. Each chapter provides a different atmosphere without feeling out of place. As the story progresses, so does the scenery, and with it the mood and color to match.

Call of the Sea has miles of walking—it wasn’t much fun, and very time consuming. Even though there is a button to have Nora run instead of walk, it feels like a brisk jog at best. I found myself going back and forth, up and down hills, ladders, or just searching for random clues I had missed, or trying to see every detail of the story they wanted me to see. The worst encounters in the game are, by far, the ladder bosses. The amount of time it takes Nora to go up and down a 10-foot ladder is simply amazing, even for taking place in the 1930s. 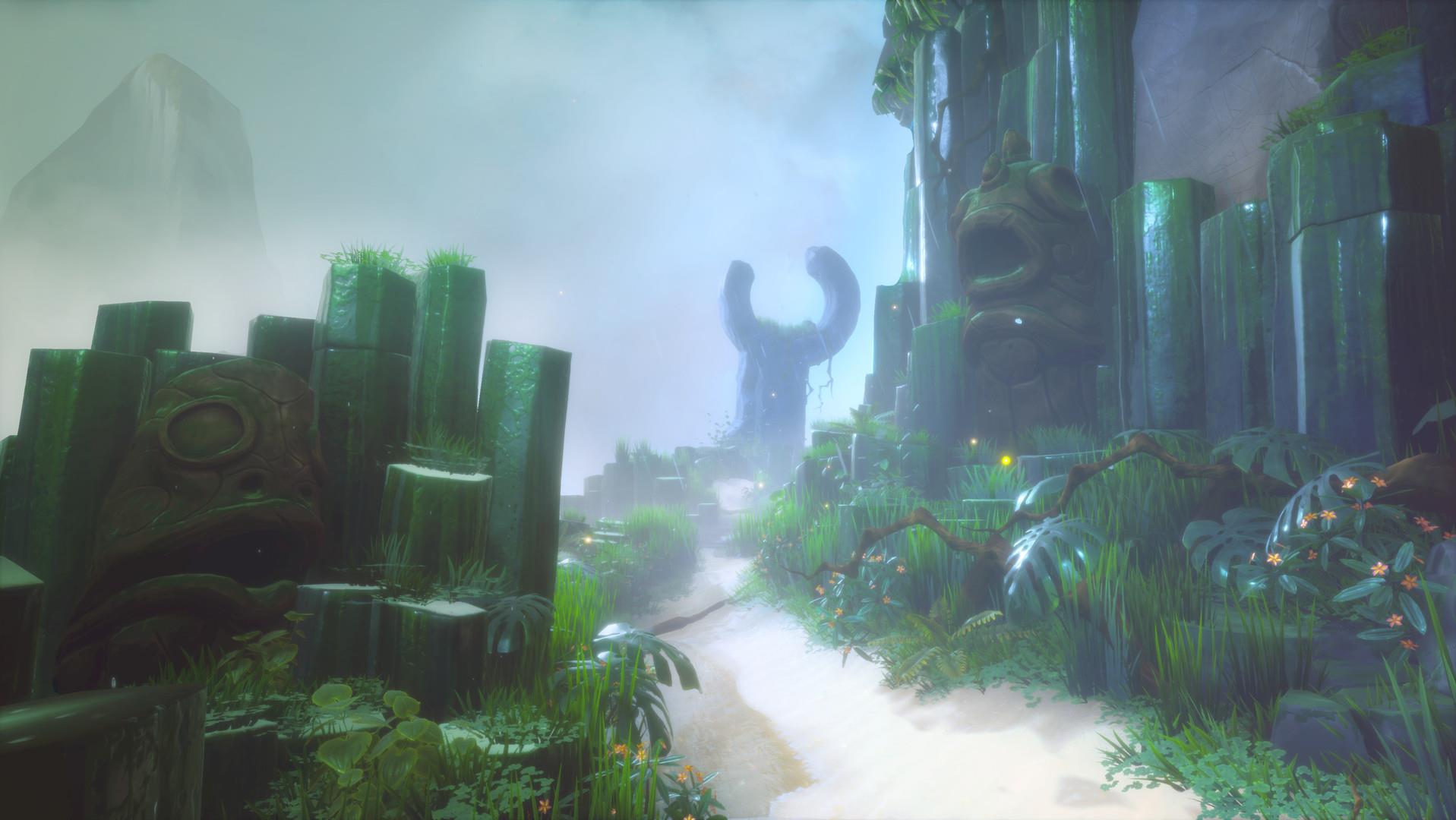 In an early chapter you had to go down one ladder, look around for information to help solve a puzzle, go up a different ladder, solve that puzzle, then go back down the ladder again to solve the first puzzle that you didn’t have enough information about and solve that one. Exhausting. It wasn’t just walking, but swimming as well. When Nora has to swim around the map she does it as if she’s getting paid by the hour. For someone who’s dying of a mysterious illness Nora could care less about finding her missing husband if it involves breaking a sweat to do so.

The island feels vibrant and full of story in Call of the Sea. Because of her slow walking pace I felt I was dragging Nora from one place to the next like a kid in Ikea. The story and puzzles in Call of the Sea are worth it. Chapters never feel too long, even though I wish some puzzles would have been a little more pleasant. But the story made up for the frustration when I wasn’t able to figure out how to solve a puzzle without outside help.

Call of the Sea has plenty to offer puzzle and walking sim fans alike. The story kept me going even when the puzzles felt difficult and excessive. The puzzles can be tough and seem unfair at times, but overall feel very solid in how they were crafted. The conclusion to the story of Nora, her illness, the previous expedition, and the true nature of the island left a satisfying feeling once I had completed it.

I still remember Christmas morning waking up to find a Super Nintendo Entertainment System under the tree. Ever since then I've been a Nintendo guy, even during the Wii U period (still love it). Without a doubt World of Warcraft has been the game to dominate most of my time, again and again, I'll wet my beak on every expansion, if not dive head first ( looking at you Burning Crusade, Wrath, Legion).

The only two genres I steer clear of are racing and sports games (you like the pun?). I find that I have been slowly falling for roguelikes in the past year.

For the last couple of years if I’m not playing games I’m usually making a podcast with my wife Tessa.