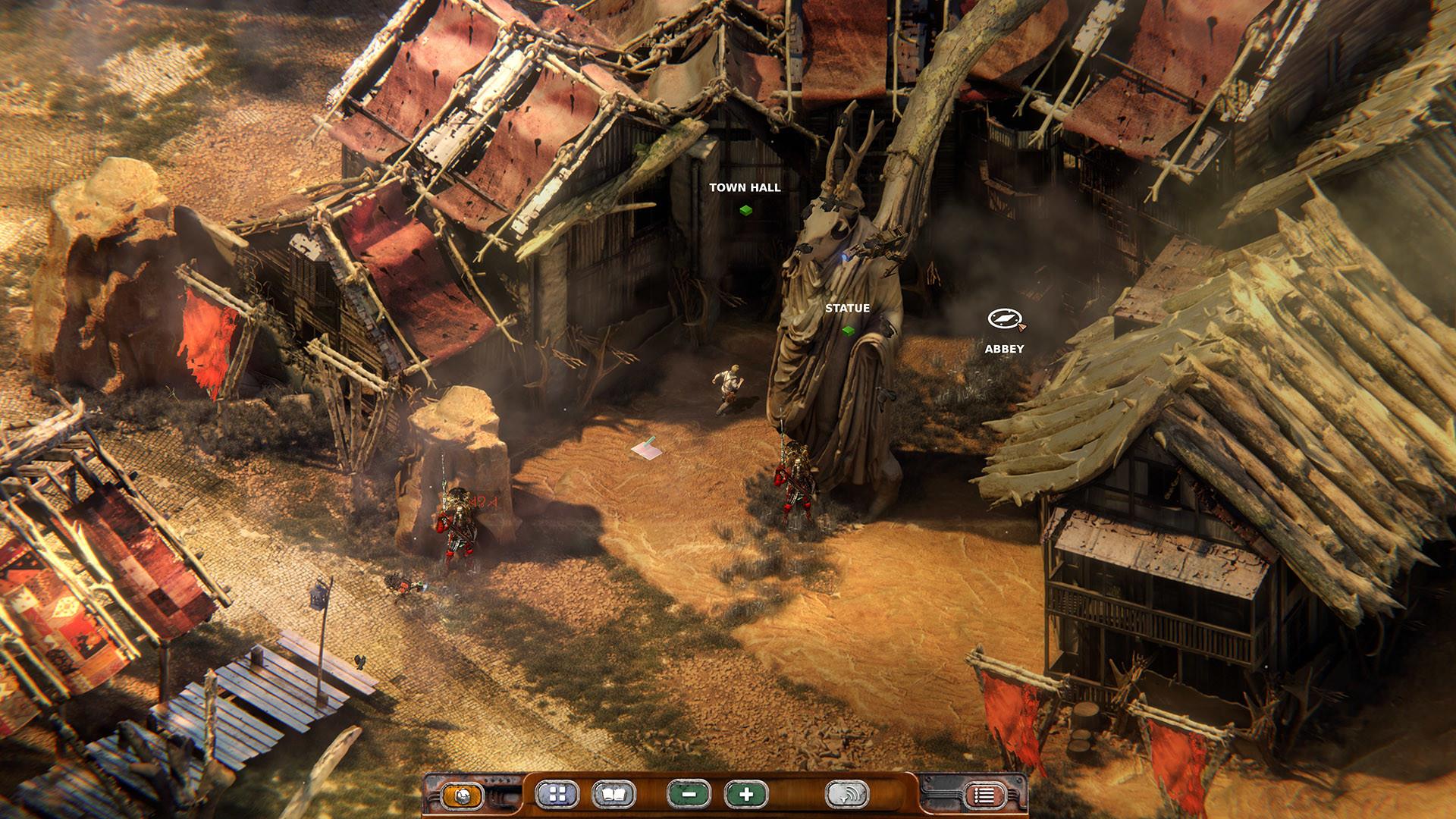 Written by Rob Larkin on 6/7/2021 for PS4
More On: Beautiful Desolation

From the press kit before I even first loaded the menu screen to Beautiful Desolation, I received these words. I share them with you now because I think they set the stage for what is a very unique gaming experience in the console space:

"The devs are being very open with explaining this game to players to ensure they know what it is and isn't. A lot of people see the visual style and default to Fallout, Divinity, Wasteland, etc. That is not the case here. BD is not some deep RPG with crazy character customization, item stats, loot hunting or constant combat. Rather it is a story-driven sci-fi adventure game set in a very unique setting: a post-apocalyptic, distant future South Africa. The core of the gameplay is about exploring, interacting with bizarre characters, making story-defining dialogue choices, and solving puzzles. There are some additional mini-games here and there and optional combat encounters." 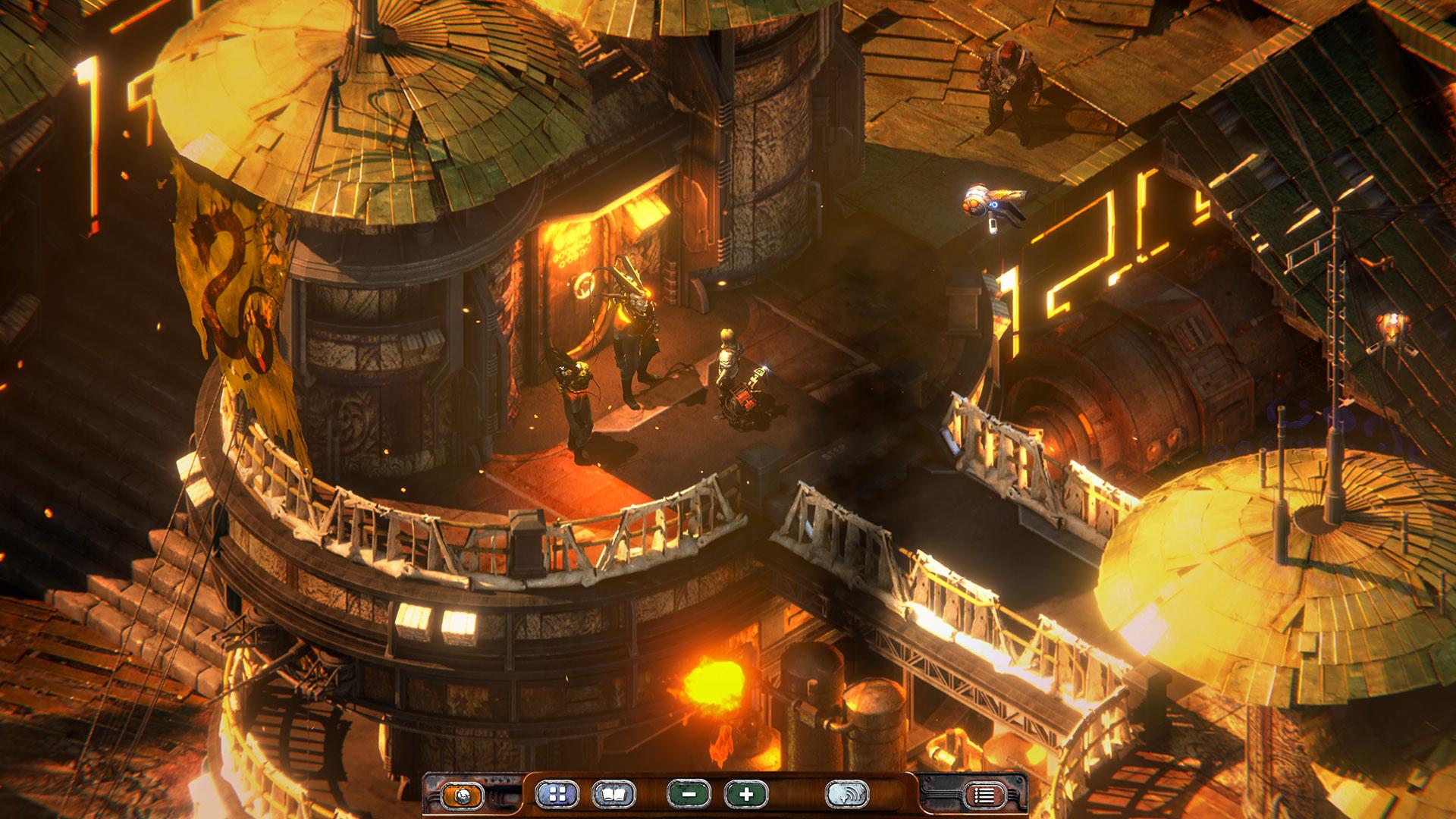 Lack of an Oxford comma aside, their own words are a better preface to this game than I could possibly conjure myself. Set your expectations properly with Beautiful Desolation and you will be treated to that rich story-driven experience.

At its core, Beautiful Desolation is closer to something like Firewatch than any of the games listed above that the visual-style might mislead you into comparing it to. In its most reductive form it is a long series of fetch quests. You progress to a gate of some sort—some character that won't let you pass or a machine that is missing an item to work. You fetch the item or run some errand for the character. You move forward until your progress is impeded by the next obstacle. Lather, rinse, repeat. But like I said, that's reductive; because along the way you are treated to an engaging sci-fi story, deep character interactions, wonderfully performed voice acting, distinct dialogue choices, and all set in a mysterious but well-built future world. The crux of Beautiful Desolation is not in the gameplay, it's in the slow unveiling of the layers of the story it tells. And those layers are, frankly, excellent. There is a reason why the game's website lists six Aggie Awards and nominations. They are well-deserved. 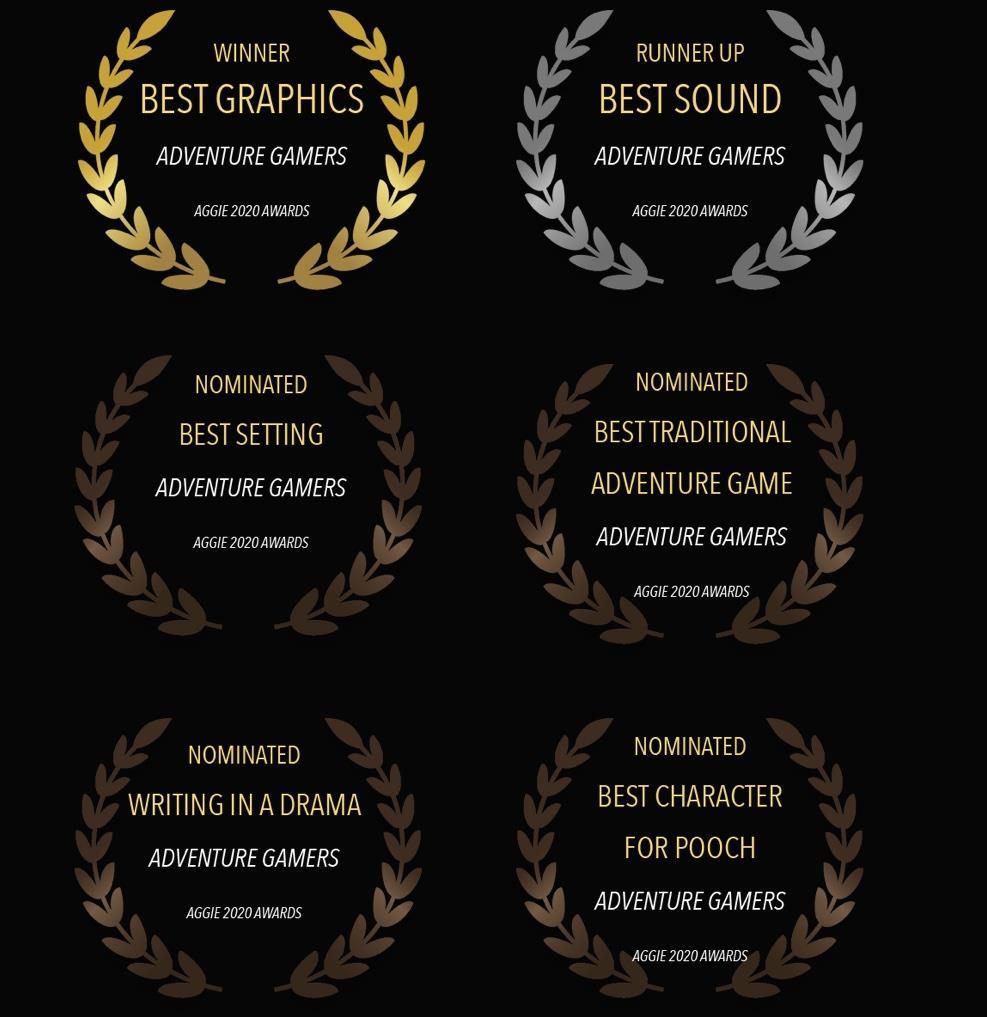 There is nothing to fault here about the visuals, the sound, the direction, or any of the presentation of the well-crafted story. Yet I was ready to give up on this game in only my second night of playing it. Why? Well, quite simply it is a great tale, told without enough direction, and shackled by the medium on which it is being told.

Let's start with the medium, the console, and more importantly the controller on which the user interaction is based. Beautiful Desolation is a PC port. It was designed with a mouse and keyboard in mind. A lot of games handle these ports very poorly. They do not take the time to consider how a controller is different and end up with a degraded user experience as a result. I would actually give full marks to The Brotherhood for the attempt to work out the mapping from PC to console. Every menu option is mapped to a button and the button mapping is clearly indicated on screen for every action. Top marks there. The problem is the decision to abandon the point and click of the character navigation and map it solely to the directional buttons. This is essentially abandoning the native navigation interface and pigeonholing it solely into WASD buttons. 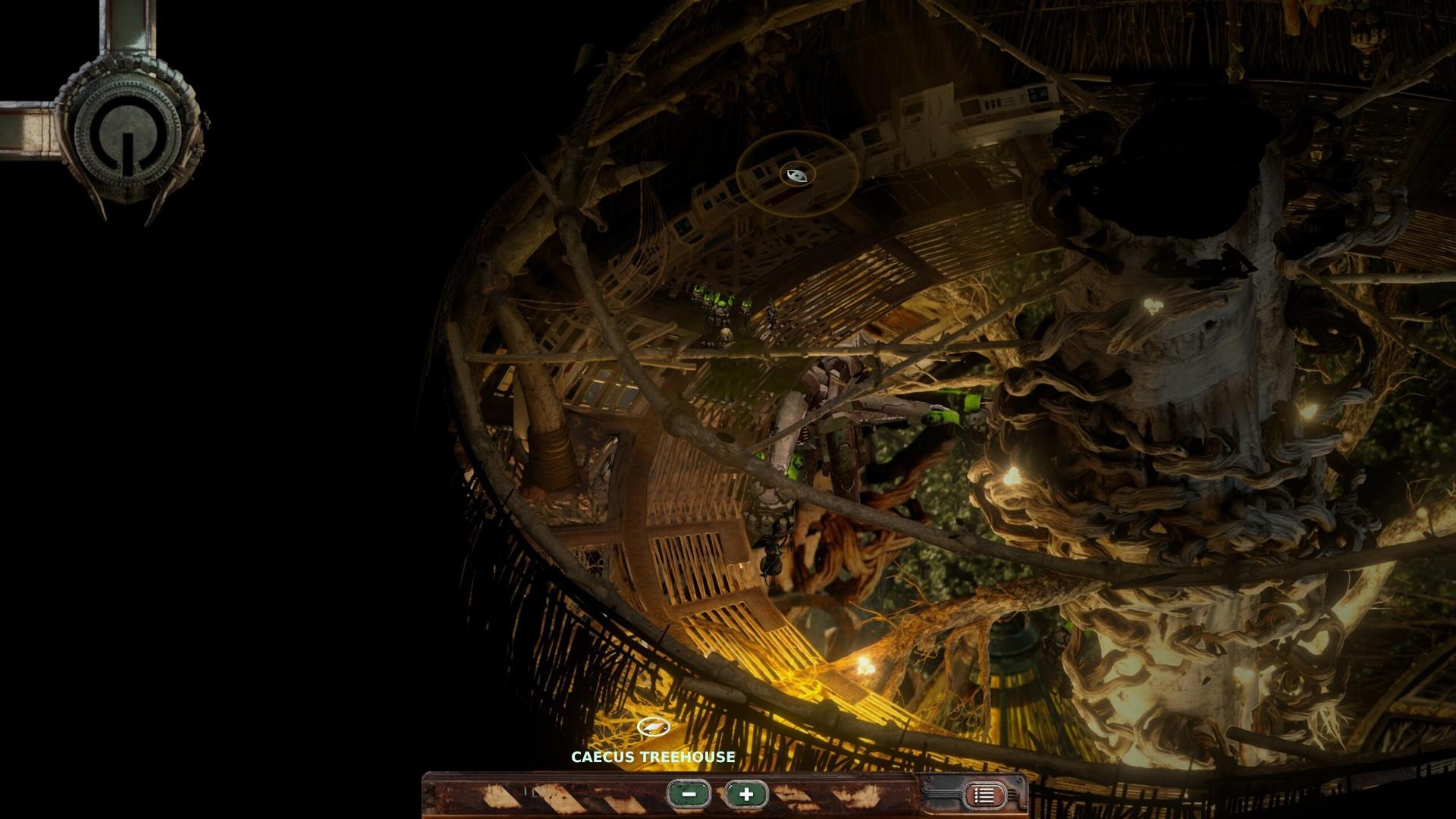 On it's face it doesn't seem like that big of a deal, until you actually try navigating the world, because the critical element the cursor offered is absent in the WASD world. With the mouse, the cursor changes depending on whether the territory you are attempting to get to is simply possible or not. It becomes a pointer when possible and is noted with a little red X on territory that is not possible. That and the auto-pathing to get there make flying around the maps a breeze...on PC. Simple, but vitally important. Because in the console world, on these beautifully detailed maps, there ends up a lot of space that looks like it would be nice to stroll over to, but invisible, unmovable walls prevent those spaces from ever being accessible. You are not told what you're attempting is the impossible, you're just left to bang your head against those invisible walls until you give up the attempt itself.

But worse than this navigation nuisance is more the fault of the way some of the quests are presented, or more precisely how they aren't presented—and that's down to a clear lack of direction in the quest steps. You hit that roadblock, and maybe you're given enough information to know what the key is to unlocking that impasse, but the steps to finding the key are entirely absent. Go forth, young man, and explore the world before you...because it is your only option from here. You are rarely told to look here or there, rarely ushered in a direction, any direction. And that's ok, I guess, until the frustration all starts to mount. 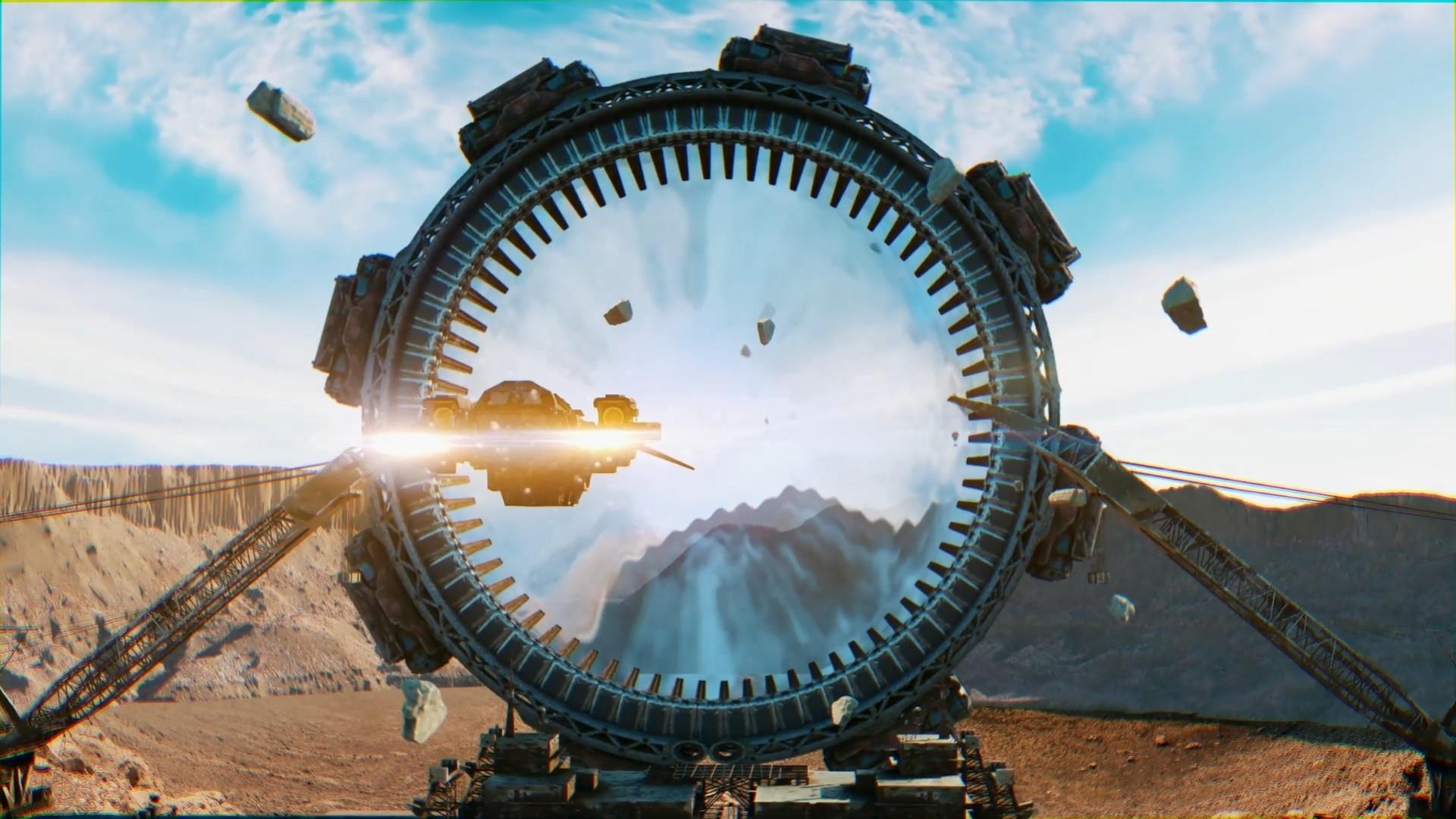 Because at some point the quality of the story just stops paying off the frustration of inching it forward, dead end after dead end. Between struggling past invisible walls in the map, trying in vain to get to platforms that are actually inaccessible, wandering around to wrong locations looking for items whose very nature you're not exactly sure of, and a very awkward interface to review previous dialogue that never really holds the keys you would hope it had anyway (no, you didn't miss that key dialogue line because it never existed), there is point at which the excellent story gets meted out so slowly the defining experience is the frustration, not the rich sci-fi tale.

That second night I simply put the game down when staring at the injured wreckage of my brother who I could find no way to heal. It was clear that he was unconscious, needed help, and that I had a robot in my party who was medically trained. But all I could do was wander the map in vain looking for a way to interact with the body or interact with the robot or find some prompt to initiate a healing mechanism that wasn't actually there. The only way forward was to do the single most unintuitive thing: abandon my brother and move on like I didn't care. Of all the options before me, just leaving him behind—broken and needing help—that's the worst thing I can imagine. But exhausted of any other option it was my only remaining choice. 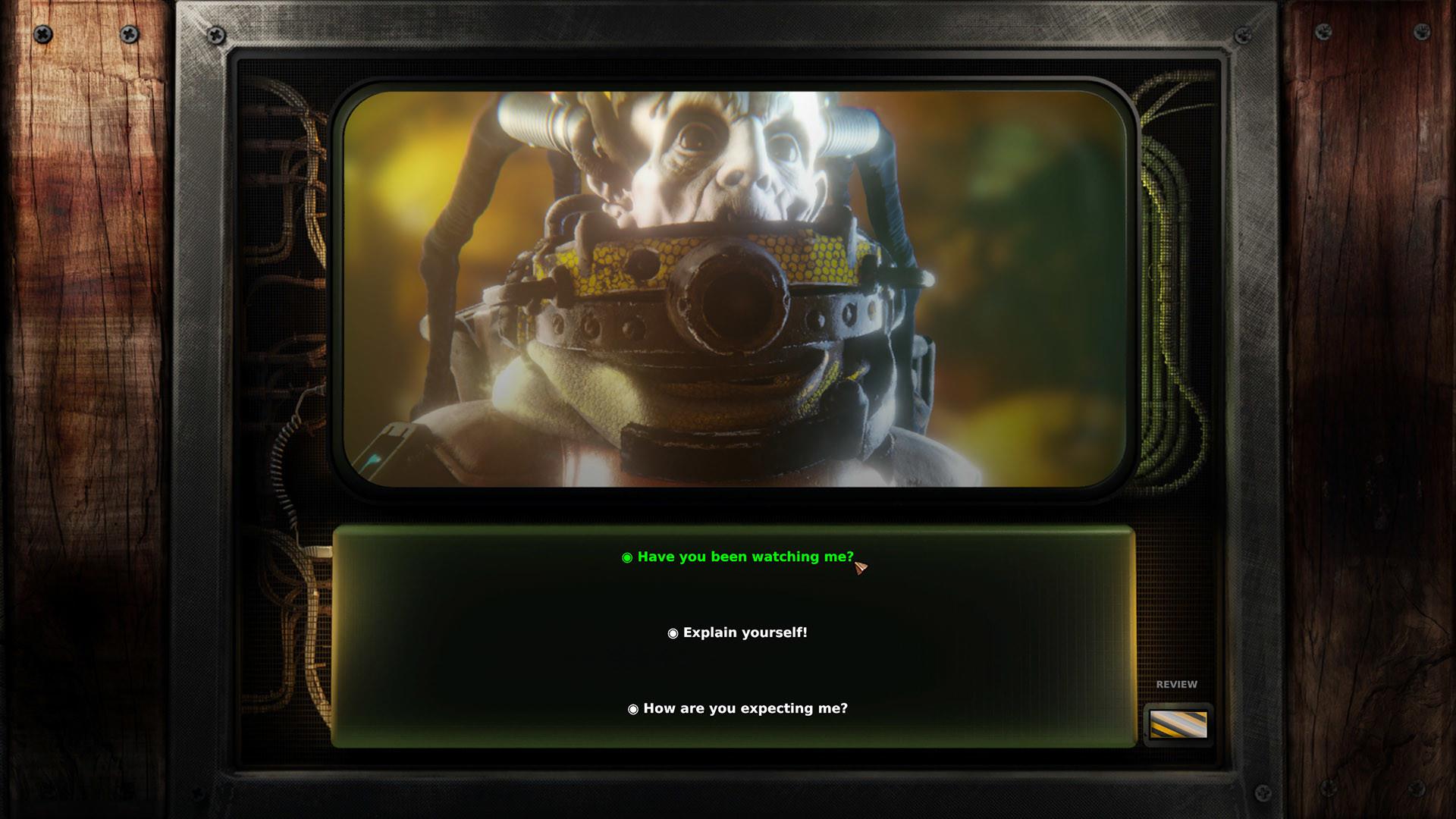 A few hops on the world map later and I found myself before a merchant in town selling med-kits. Eureka! Now, why the hell didn't the robot just drop a single dialogue line in there like, "He looks bad, I need a med-kit to patch him up," why? That would have solved everything, but the game doesn't like to spoon feed you like that, and by spoon feed I mean include critical information necessary to progression.

It's not an isolated incident either. A few hours later faced with another impasse, you are given a gourd and asked to fill it with a drug to progress. What you are not given is a recipe for the drug. So you wander back into the world. You explore every nook and cranny. You run into every real and artificial dead end and wind up no closer to the recipe than when you started. You are stuck. But in desperation you might be lucky enough to start trying random things. Hey, you found some cultivated seeds, why not shove them in the gourd? Why not? Well, I'll tell you why not. Because shoving random objects into quest items is not storytelling. Well, spoiler alert, it's the answer to the puzzle. Place random seeds into gourd to progress, achievement unlocked. At least Buffalo Bill told his captives "It puts the lotion on its skin. It puts the lotion in the basket." In this regard, Bill was a better quest giver because putting the cultivated seeds in the mothers milk is only discovered by desperation, not direction. 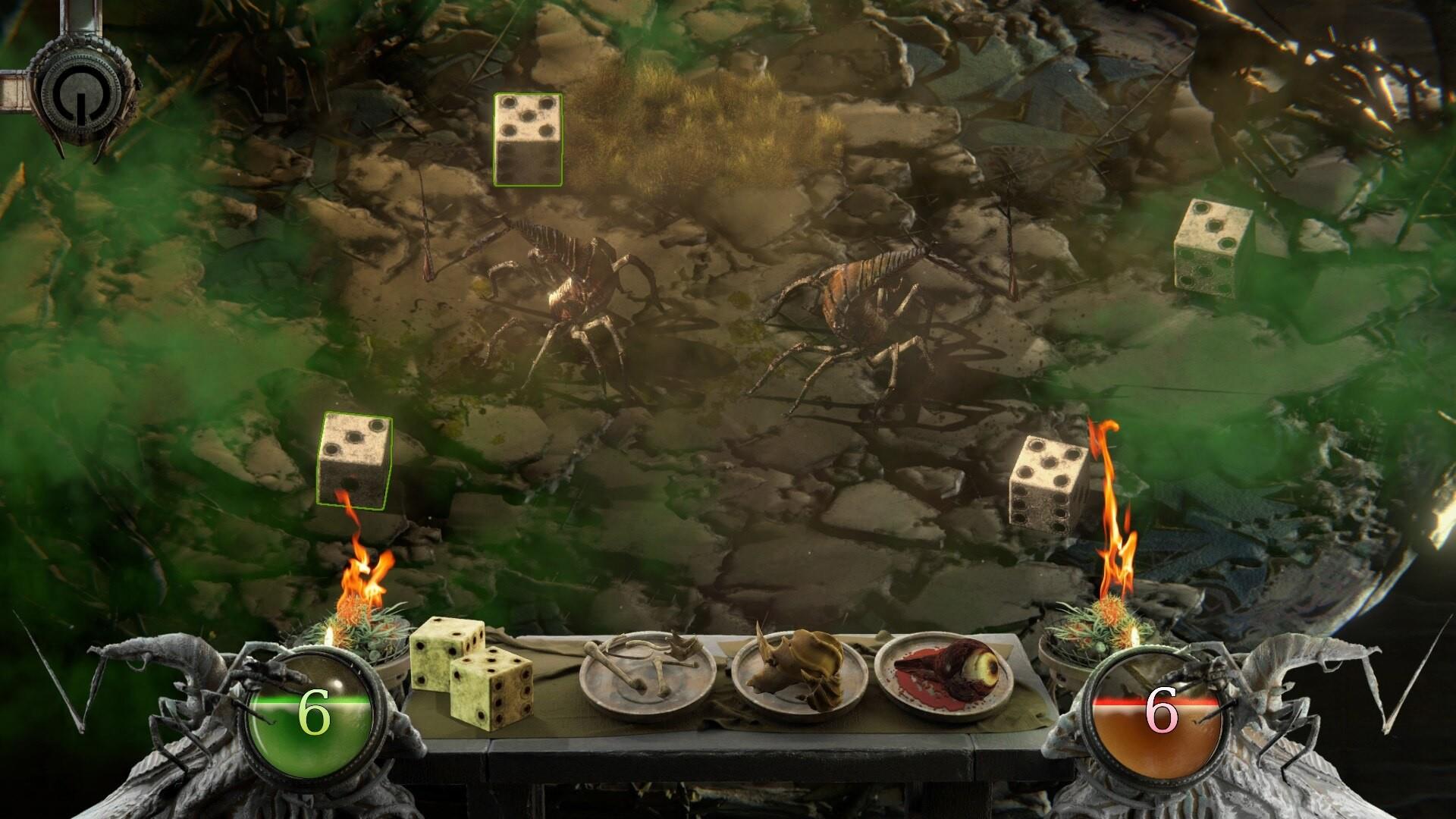 I'm not asking to be spoon fed. There is a compromise in the middle ground that is the sweet spot. Unfortunately Beautiful Desolation has these moments where it lands awkwardly on the other end of the spectrum and occasionally fails to offer enough information to reasonably describe the task at hand. That's the frustration that hangs in the air and makes the game stale, spoiling an otherwise gorgeous sci-fi mystery. Other times it weaves it all together beautifully. You meet a lonely hunter-turned-fisherman early on, and later his story arc comes around full circle to unlock another door. The story is excellent, the path to get there is littered with missing information, and the actual controls to follow that path are an order of magnitude poorer than the point and click of the PC version.

The final verdict is a bit mixed. If you're desperate for a good sci-fi tale and patient enough to wade through some frustration in measuring it out, there is a top rate one on hand to be slowly unearthed. However, if you have access to a PC, the required specs are fairly paltry and a large part of the potential frustration can be avoided there. This is a game I'm only going to rate as below average on PS4, but one I would give much higher marks on PC, probably right in line with what many others have found if you compare the Switch reviews to the PC for example. There is a great story here, but one better told on another medium.

I really appreciate what Beautiful Desolation is trying to do with creative storytelling; well-developed characters; and a mind-bending and beautiful, albeit desolate, sci-fi world. I just ended up too frustrated by the limitations of the console medium and a lack of direction in many of the quests to ultimately recommend this game on this platform. It's a point-and-click adventure presented without a pointer or a clicker, better played on PC. 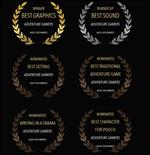