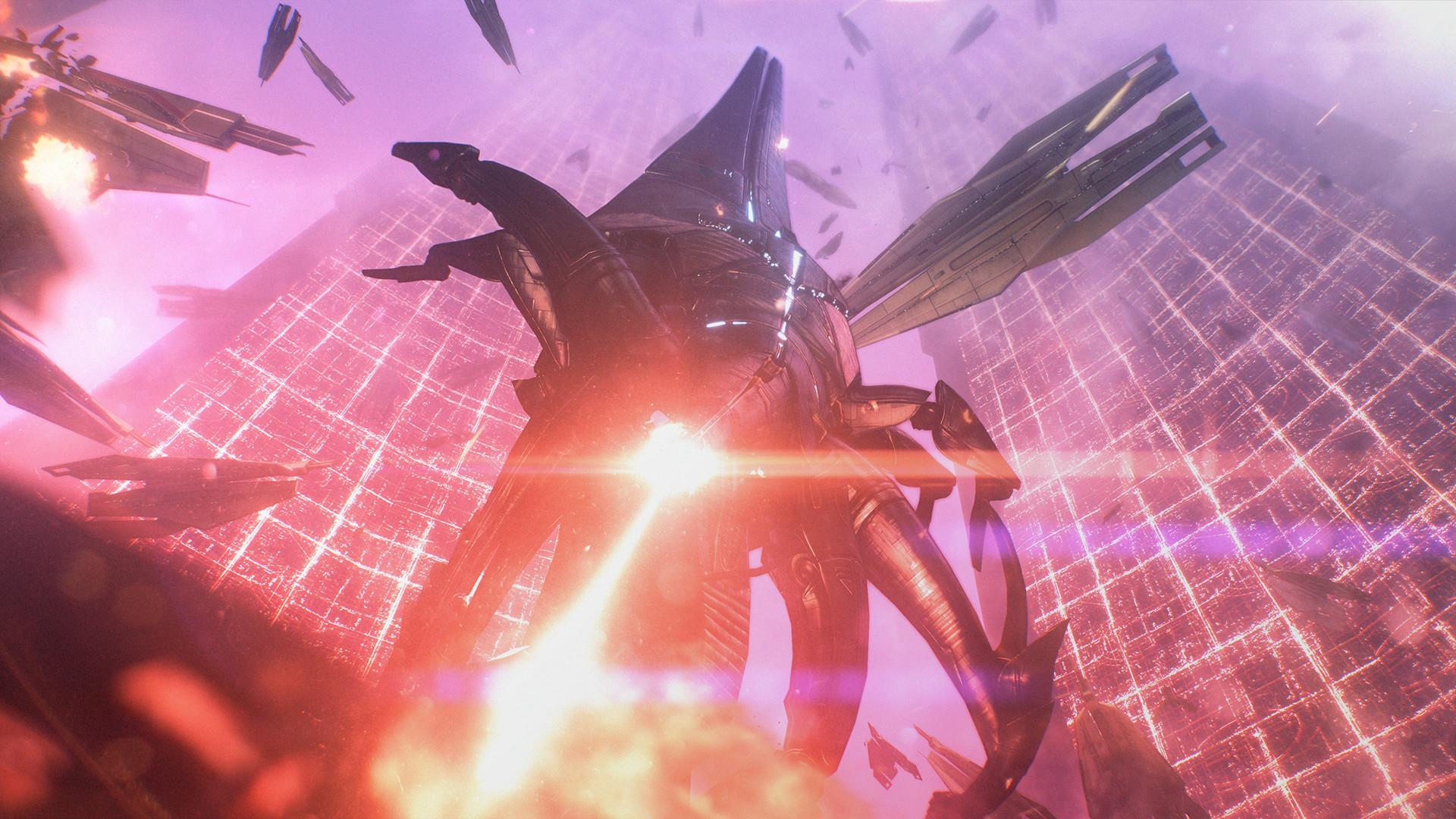 Written by Sean Cahill on 7/1/2021 for PC
More On: Mass Effect Legendary Edition

“I’m Commander Shepard, and this is my favorite version of Mass Effect.”

This is the phrase I’m left saying as a tribute to such a wonderful trilogy of games, an homage to the second game where Shepard has no problems violating whatever rules there are in marketing and selling his likeness to every store for a discount. Over 10 years ago, I played the very first Mass Effect. It had such a great charm: Storylines that I cared about, decisions actually meant something, a battle system that was good even if it had some rough spots around the edges. Today, that series has been brought back to life and largely kept intact except for some necessary upgrades. The result is a Legendary Edition worth every penny that will keep you entertained. 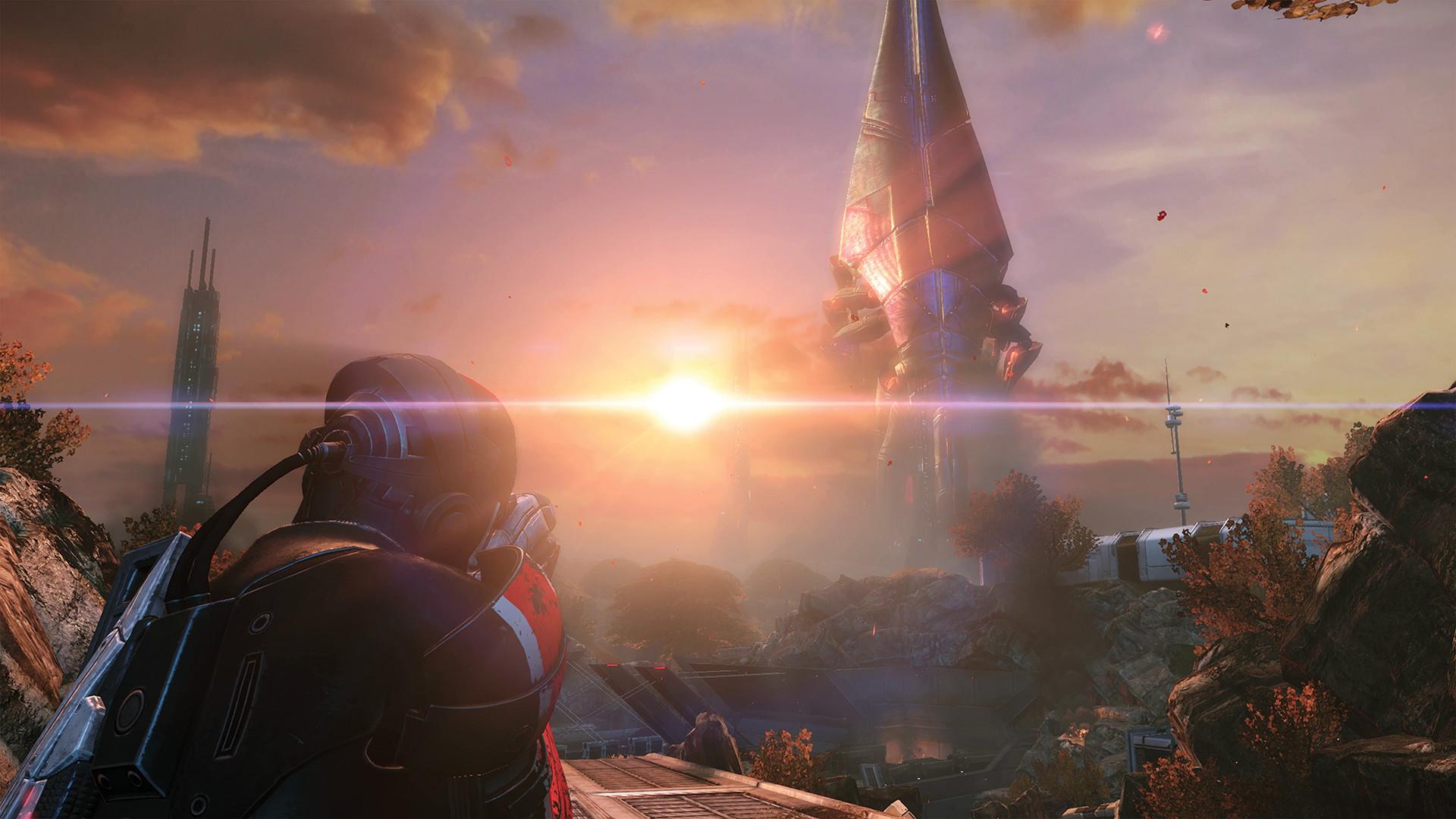 Mass Effect: Legendary Edition is not a remake. This is the same game we all played back in the late 2000s and early '10s, just graphically cleaned up and enhanced. The UI has received a face lift, though it stands out far more in the first chapter of the game than the other two. Instead of the clunky lower corner status bar, we get a robust view bottom-center that looks like the second game’s fantastic HUD. I played this title on my 35” Ultrawide, which gave me more real estate to view the game as the sidebars were well away from anything important.

As I stated, this isn’t a remake. The game has all the same choices, stories, twists and turns that you remember or have heard about if this is your first foray into space as Commander Shepard. If it is your first time, Commander Shepard’s backstory, appearance, class, etc., are all chosen by the player in the very first moments of the game. Earth has expanded into space and met several species of alien races in the Asari, Turians, Elcor, Salarians, Drell, Volus, and many others. Deciding your background determines how you grew up and found your way into the military. Was your Shepard an orphan who fought for survival at every turn, or did you grow up a military brat with parents who served in many outposts? It’s up to you, and these decisions can help create extra plot depending on side quests. 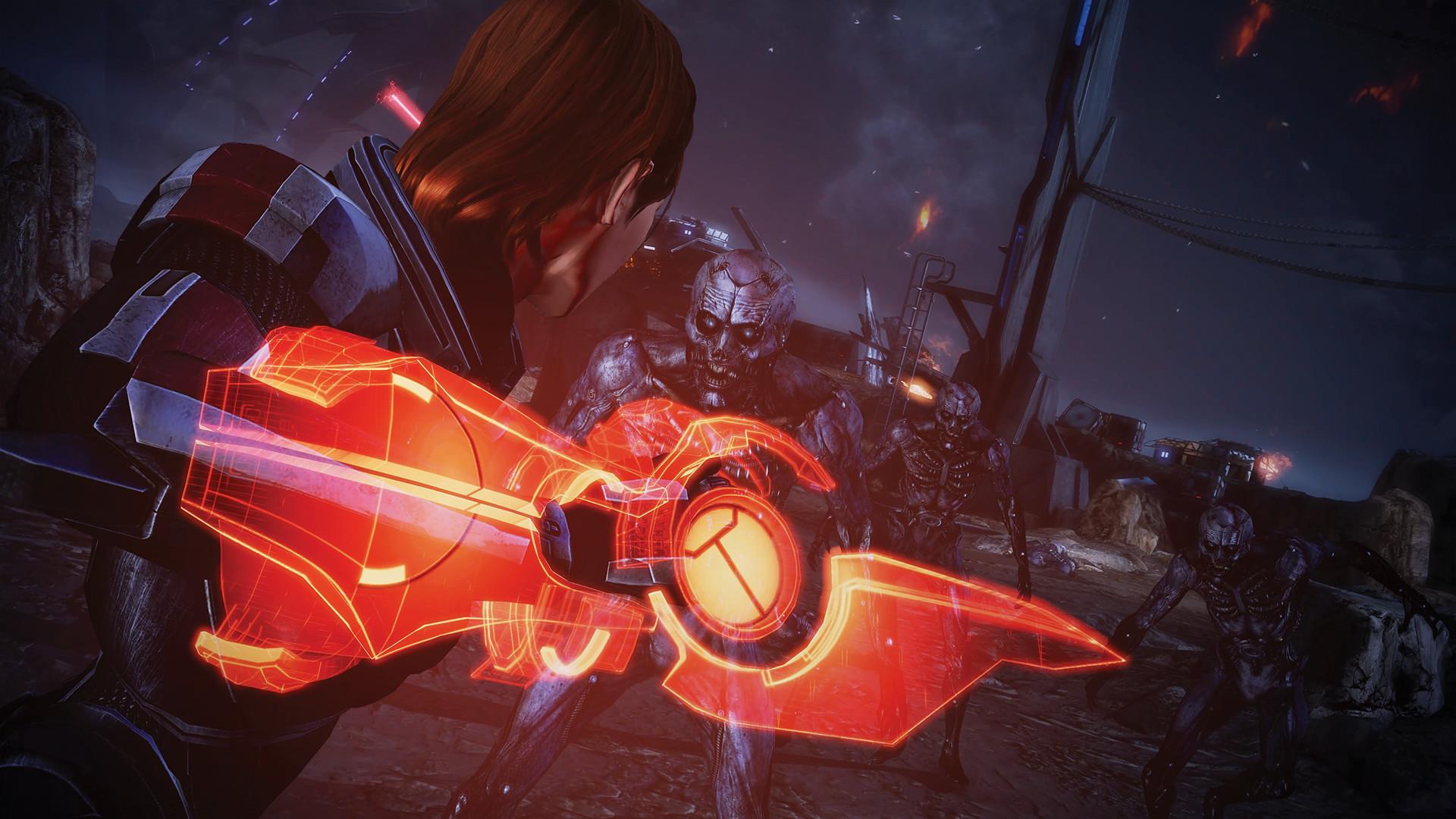 The mixture of action and RPG elements gives Mass Effect its true allure. It isn’t just a mindless FPS-style game where aiming down sights is 90% of the gameplay. Depending on your class, Shepard may have incredible abilities as a biotic or tech expert that gives him an advantage. Throwing enemies across the room, forcing them to get sucked into singularities, or bouncing them up and down are all possibilities to learn with these classes. Or, if you want to be a true soldier, just roll that and be able to arm any weapon you like and be proficient with it. The customization is pretty impressive, though in the later games it does get more limited based on those classes.

As a widescreen player, I’m happy to tell you that the gameplay aspect of ME:LE allows you to enjoy it in all its glory. The downside is that all cutscenes are locked at 16:9, so you’ll have to deal with some black sidebars here and there. It’s a minor disappointment, given the length of time this game was in development for the Legendary Edition, but it’s a small price to pay to have the gameplay still work without issues. 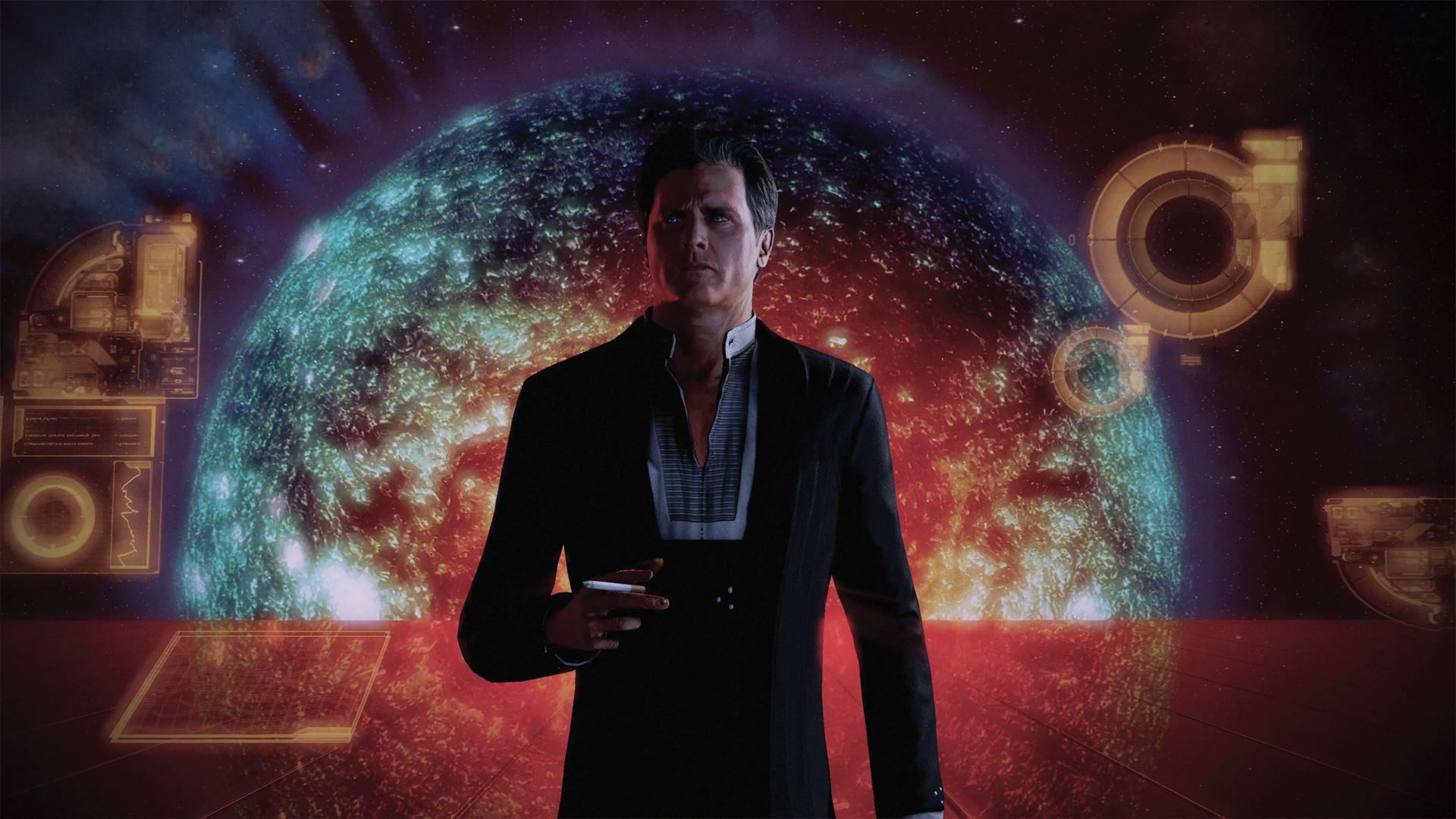 Of course, the best part of Mass Effect are the RPG elements and decision-making conversations. Shepard will earn Paragon and Renegade points for each interaction. While it is possible to be balanced and collect both, it means you’ll hinder yourself later in each game with extra conversation options locked until you hit a certain level on each. Playing through the game as a Paragon, then as a Renegade, gives you excellent replayability value. Different answers mean different consequences, and it is possible to have truly devastating results involving important characters in each game. I’d say they’re more important in the second and third titles as there are more chances to improve or degrade your squad in them, but the first game has a couple of exceptionally important scenes that affect the rest of the series.

The gameplay is still great, but also has the same little problems

I was hoping for a slight overhaul of the gameplay, specifically for the first title. Mass Effect is fantastic, but there were times that the battle system felt a tad clunky with powers, guns, and leveling up. There was too much to enhance with skill points for every character and it could get a bit overwhelming. However, it’s an acceptable aspect given it’s still not a bad system. The second and third titles are far more polished, simplifying how skills are enhanced and levels are gained. They also get rid of the overheating system that I wasn’t a fan of and opt for standard clips that may as well be bullets, but cover it up by saying they are thermal clips to allow venting.

That being said, the gameplay across the board is as good as I remember it and I was never bored in battle. Having access to all the DLC that I had missed in prior versions also gave me new chapters to enjoy that added to the story and were even more difficult than I thought. There’s an incredible amount of content for gamers to go through in each title, most of it vital to the story while others are nice filler and additional experiences that brings Shepard closer to their squad.

The romance options haven’t changed either, adding to the replayability. They’re fairly easy to unlock with correct conversation choices, but timing them in certain situations may alienate other characters.

There are still issues with the gameplay that were in the original titles, a quick reminder that this was purely a cosmetic upgrade and nothing more. Those biotic abilities I talked about earlier still have some issues that I remember where they look like they’re locked onto an enemy but will either go well past them or slam into a wall for no effect. Nobody would have blamed the development team if they tweaked the AI just a tad to correct that. 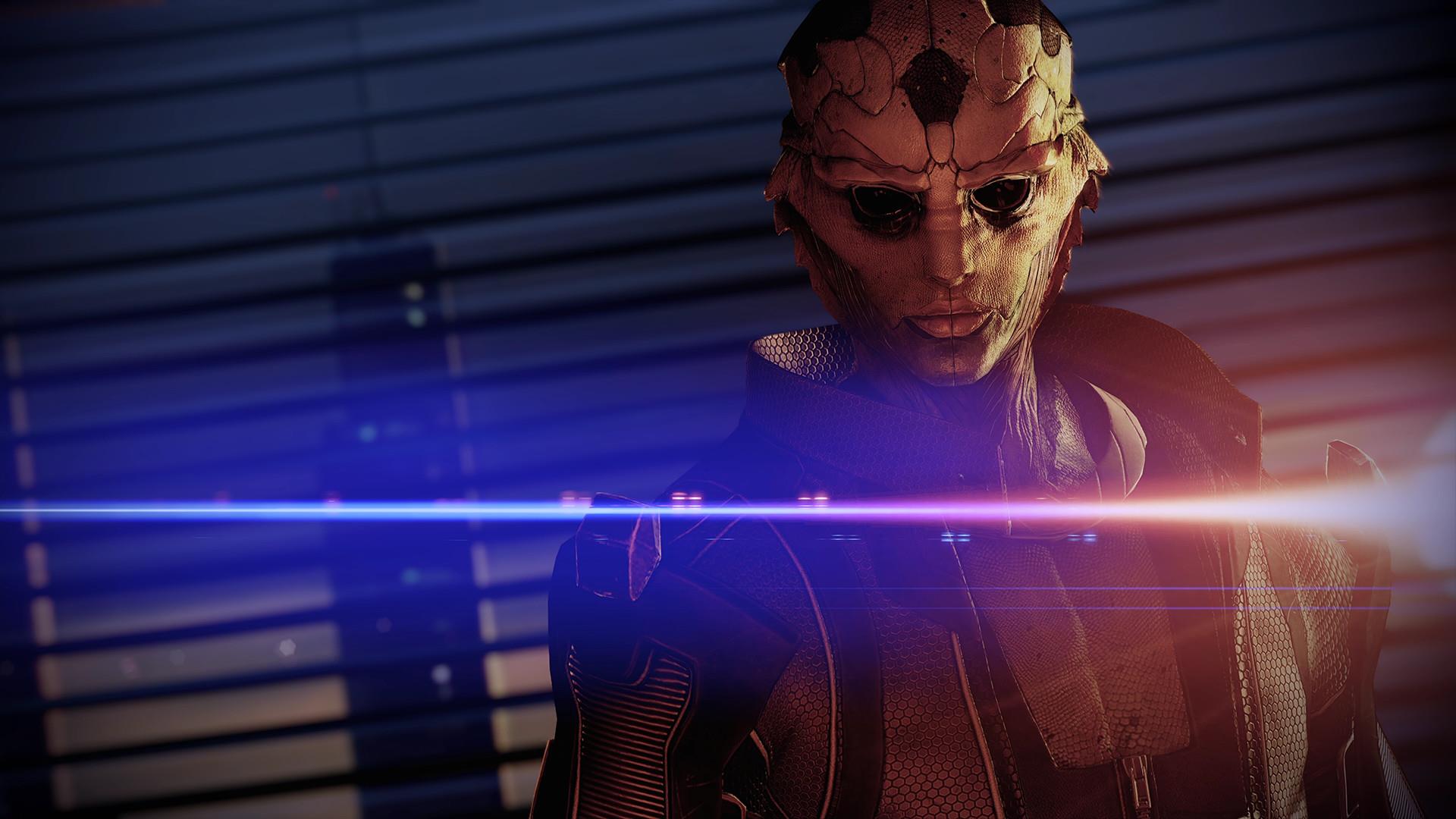 Notably, this is my first time playing the series on PC. I went through the original trilogy on Xbox 360. Because of this, I found playing this game on keyboard and mouse almost impossible. An Xbox controller fixed all of the issues I was having, especially when it came to controlling the Mako in the first game and some of the quick actions needed for those biotic powers. I tried my best to make keyboard and mouse work in those first couple of hours, but I couldn’t. I have to play this game with a controller, and that’s fine.

As I mentioned, all DLC is unlocked in this game. For veterans of the series, it’s easy to remember when to hit these storylines and since they didn’t become available until well after launch, at the time they were truly dessert on top of the main course that was the primary game. I had a friend of mine ping me about some of the content (I won’t specifically state what) but he was confused about being able to access one major DLC so early into one of the games. It didn’t make sense to him and he thought he had skipped something. 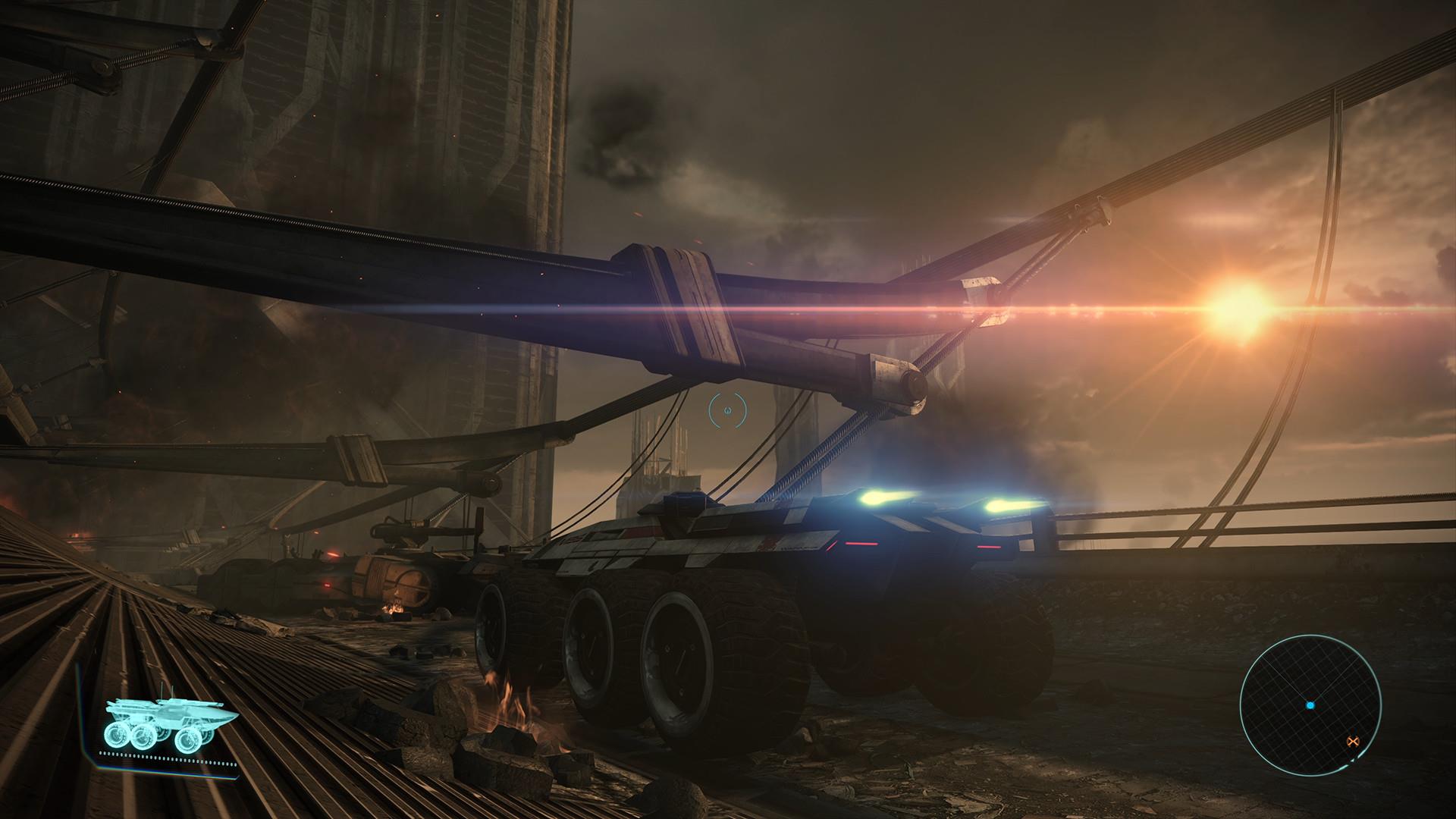 When I hit the second title in the series, I realized what he was saying. I don’t think it’s a huge negative, but the confusion is easy to see from a newcomer’s perspective. I think including all of the DLC is still a great thing, but it might have made more sense to lock it until certain points of the game that were far deeper into the story. It doesn't have to be the entire game or right before you make a huge decision, but DLC tends to not have to do with the actual main story and it can throw things off.

No spoilers here, but veterans will remember the pain of the final game

Younger gamers will not remember the outrage that came with the ending of Mass Effect 3. While I’ve said several times that this is solely a graphical upgrade, there was always that part of me that wanted them to rework the ending to their original intentions. Dialing back the clock, a few months prior to the expected launch of Mass Effect 3, the ending script leaked online. BioWare panicked and scrapped it, saying that they didn’t want it to be spoiled, even though fans begged them not to and said it was, largely, okay. 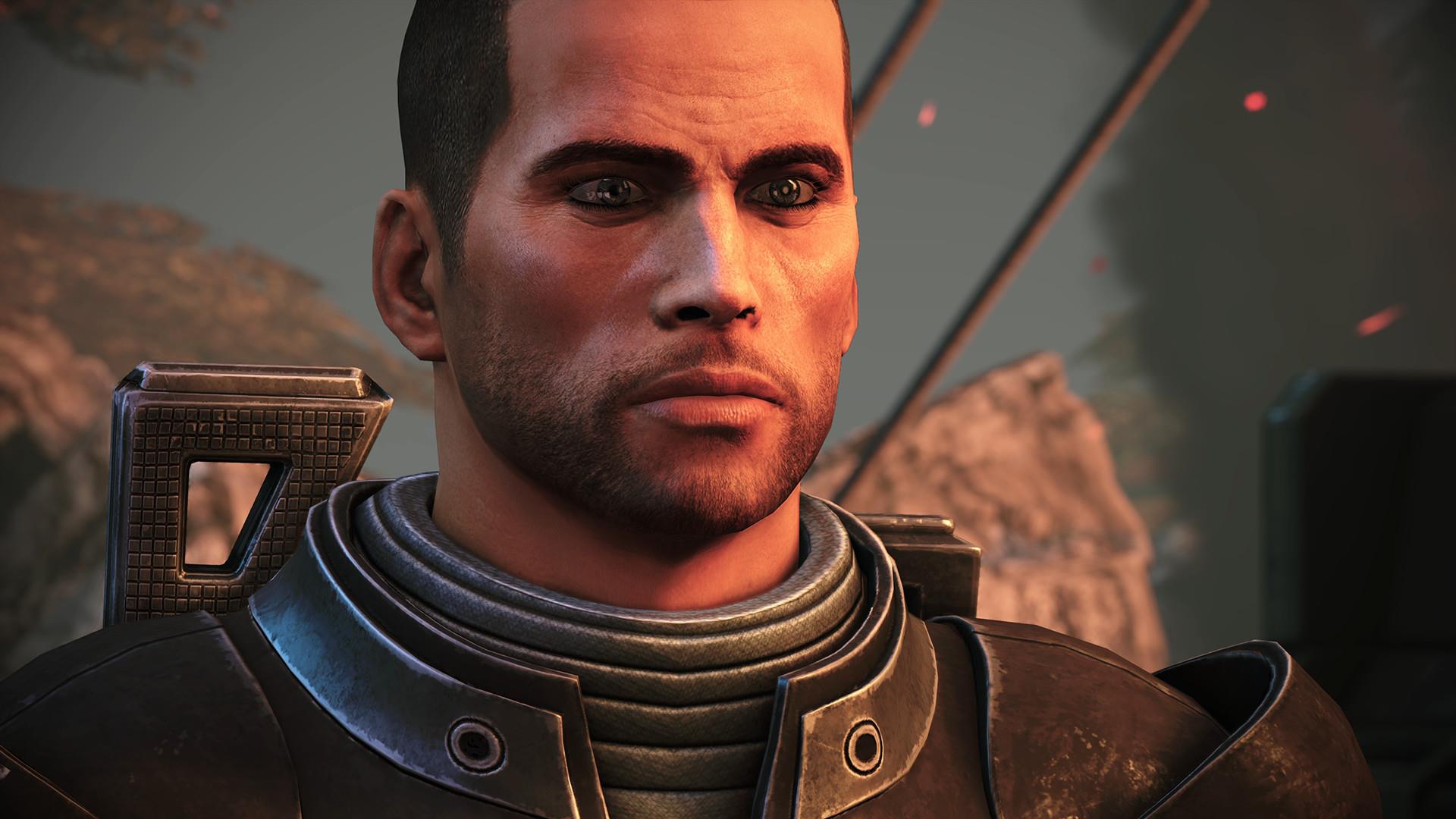 The result, of course, was a half-baked ending that needed its own DLC to clean things up. It’s fine now, and honestly I didn’t mind it this time around. The journey is the best part of the entire series and while that original script could have made it better, having the DLC already in place for the ending makes it acceptable.

Is this game worth full price?

Yes, without a doubt.

Normally I have to think about that question I ask in all of my reviews, but this is a slam dunk. Whether you’re a veteran of the series or a newcomer, there’s so much to enjoy. There are beautiful worlds to explore, so many characters to interact with, and the customization of conversations only adds to the entire experience. For me, I hadn’t purchased all the DLC with Mass Effect 3, so to go through that with access to all of it made it a new experience. 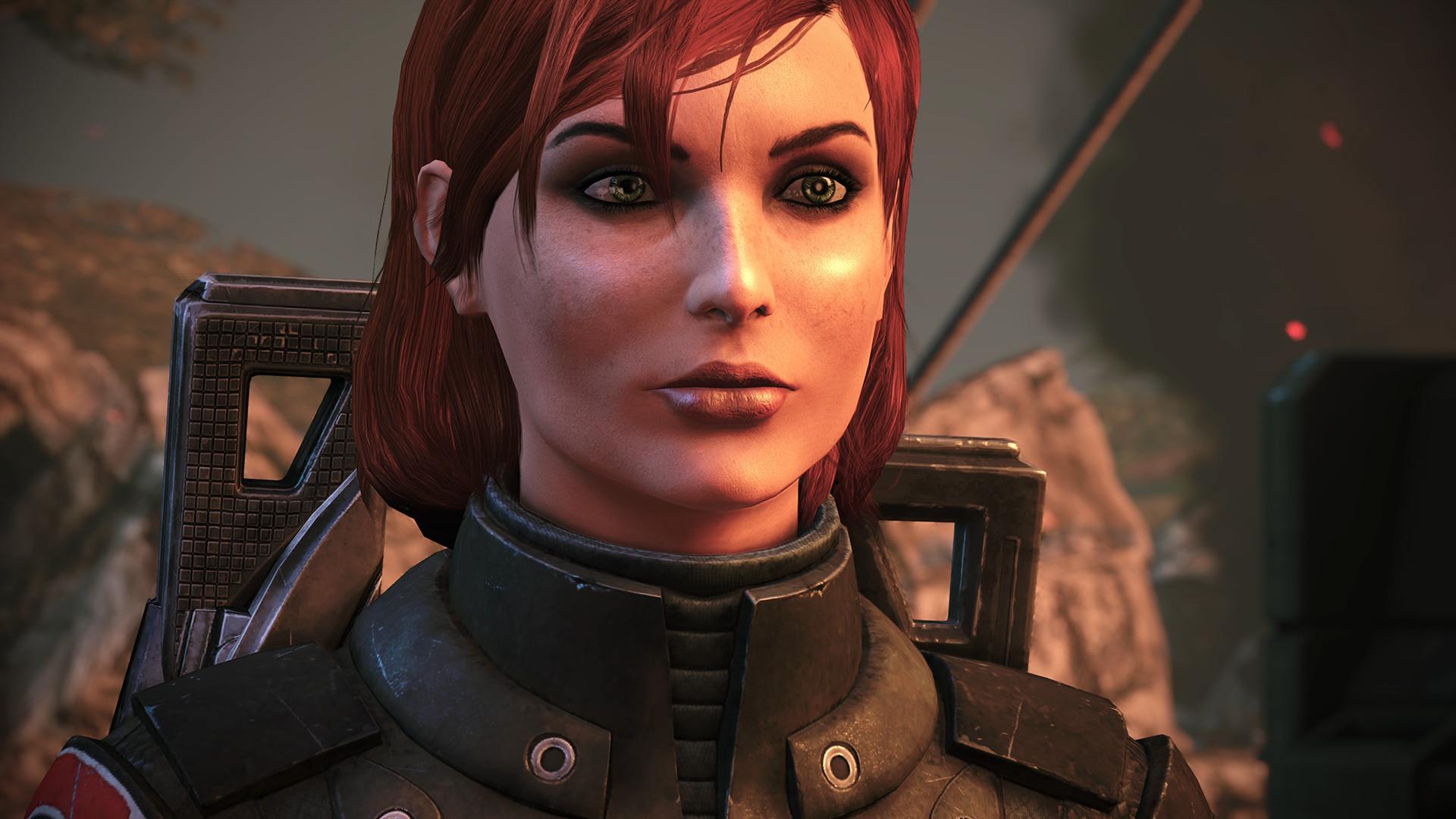 The best part is the timing of the release. Currently, you can get the Legendary Edition for a discount on the Steam Summer Sale, saving you a bit of money to jump back into exploring the galaxy as Shepard.

No question Mass Effect is a fantastic series, even with the reminder that everything after the original trilogy hasn't been great, specifically Andromeda. BioWare really needed this win and they knocked it out of the park. Yes, they had to push back against the calls for tweaks to AI and changes to the story—but BioWare stuck to their guns. It's a gorgeous game with a cleaned up UI, memorable characters, and a story full of decisions that make every conversation worth playing out. There's still some of the annoyances in battle, but that's a small price to pay for 60+ hours of content that is satisfying to get through.

Beautiful, engaging and every bit as fun as it was nearly 15 years ago, Mass Effect Legendary Edition lives up to the name. It's a gorgeous, robust title that will make veterans remember how much they enjoyed the series while giving newcomers a memorable ride for the first time. There's no question you should pick this up if you fall into either category because Commander Shepard deserves that much attention.