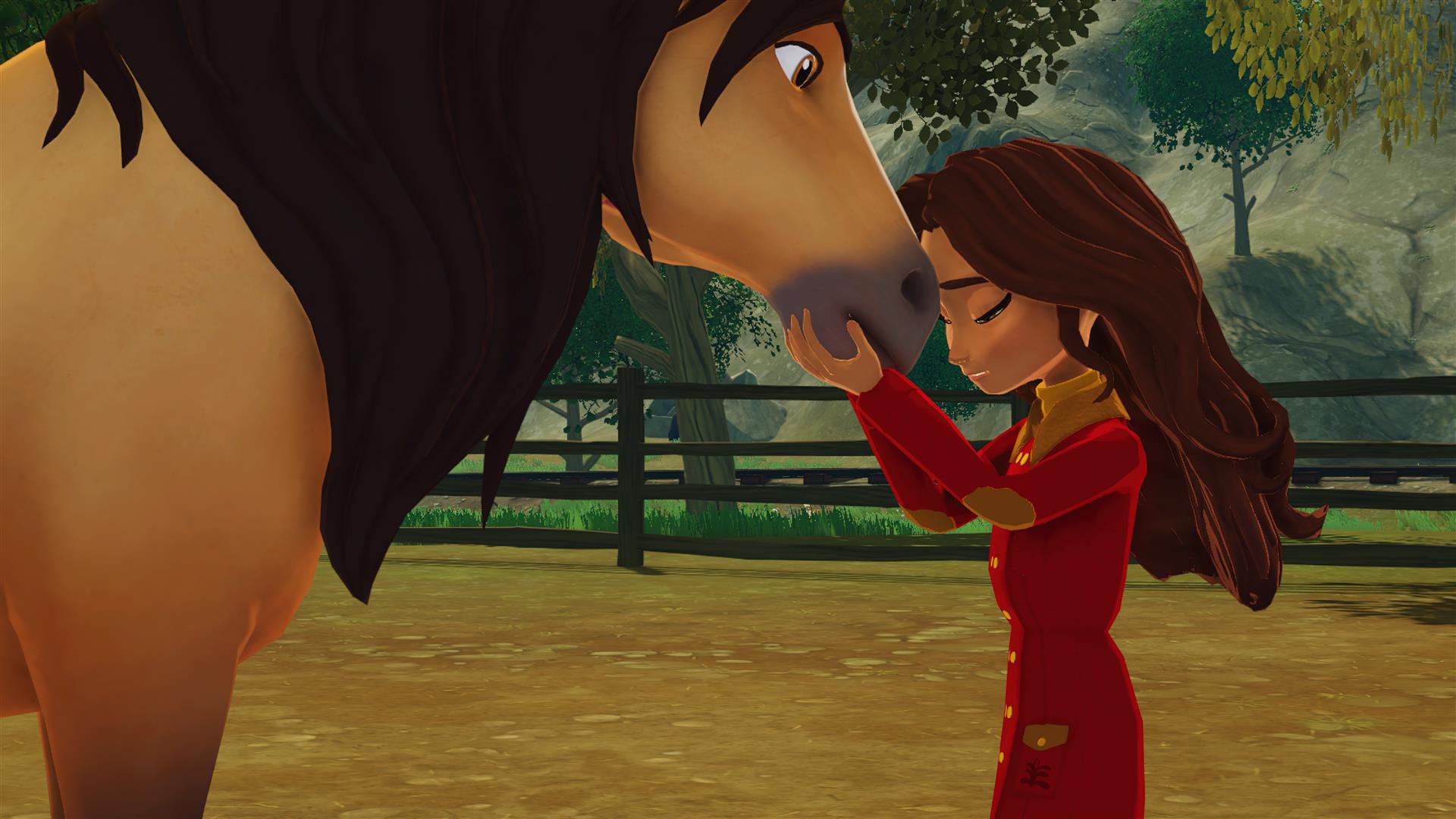 Allow me to speak for a moment in defense of family-friendly gaming. For years, "kids' games" have gotten a bad rap from both older gamers and the gaming press. There is a long-standing stereotype that kids games - particularly those based on popular franchises – are calculated, cheap cash grabs. The assumption is that companies take familiar licensed characters and slap them into undercooked platformers and shooters, with the thought that they are "just for kids, so who cares?".

Well, I have two little kids, aged eight and four, so I care. And they care. My kids play games like Sackboy, Astro's Playroom, and It Takes Two. They will not be satisfied with the sort of cheap, rushed-to-market kids’ games that polluted the SNES and Genesis era of gaming. They want good games, and they know the difference between games that were created with care, and shovel-ware nonsense. My kids want to engage with the adult games that I am playing, even though these titles are often well beyond their abilities. Because I tend to review games at a very fast clip, I often move on from titles my kids enjoy well before they are ready to let them go. These are the same kids, after all, that watch entire seasons of shows on Netflix five or six times. They get attached to stuff, and it’s becoming increasingly important to them that they have games of their own that they can engage with for as long as they want. 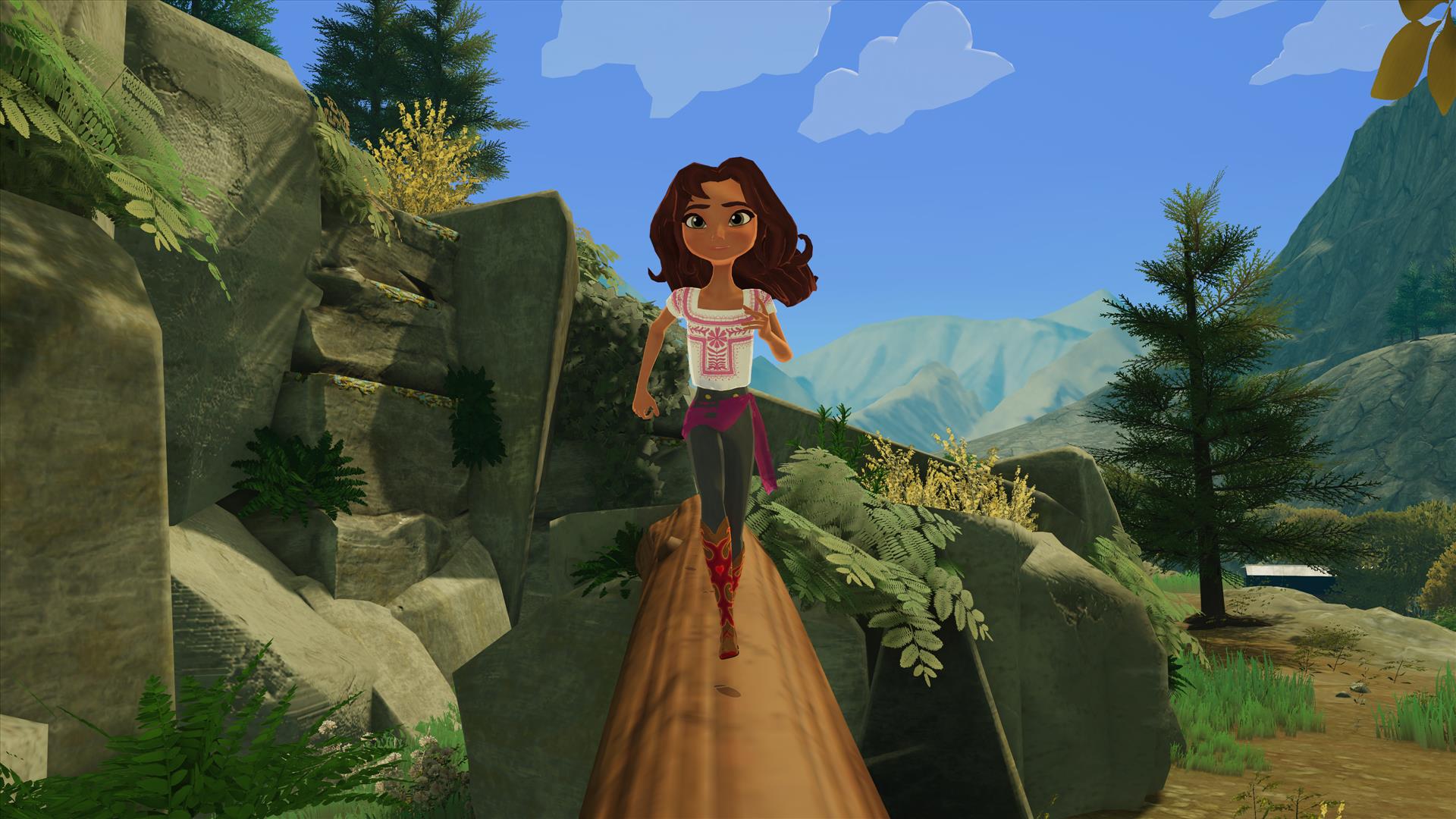 That’s where Outright Games comes in. Outright Games has quietly become one of the most trusted names in family-friendly gaming, publishing an array of well-received kids’ games over the last few years. Ben 10: Power Trip (9/10 on Steam), PAW Patrol: On a Roll (9/10 on Steam), Crayola Scoot (74 on Metacritic, which isn’t bad for a family title), Adventure Time: Pirates of the Enchiridion (9/10 on Steam). The games list goes on and on, and while the titles on it aren’t all critical darlings, that’s okay. Critics tend to be jaded, adult gamers, and these games are not for us – they are for our kids. Actual consumers seem to enjoy Outright Games’ titles just fine, and the company’s continued success at landing huge licenses reflects that.

That's why my kids and I got so excited when we sat down last week to participate in OG Unwrapped, Outright Games’ Spring showcase. Outright revealed its lineup for the coming year, and parents of pre-teen gamer kids should sit up and take notice. There is a slew of quality games heading to market that are perfect for kids 4-12, and it is clear that these games were made with care, love, and close attention to the franchises they are based on. That’s important to my family, because my kids will bounce off a bad game like a superball. 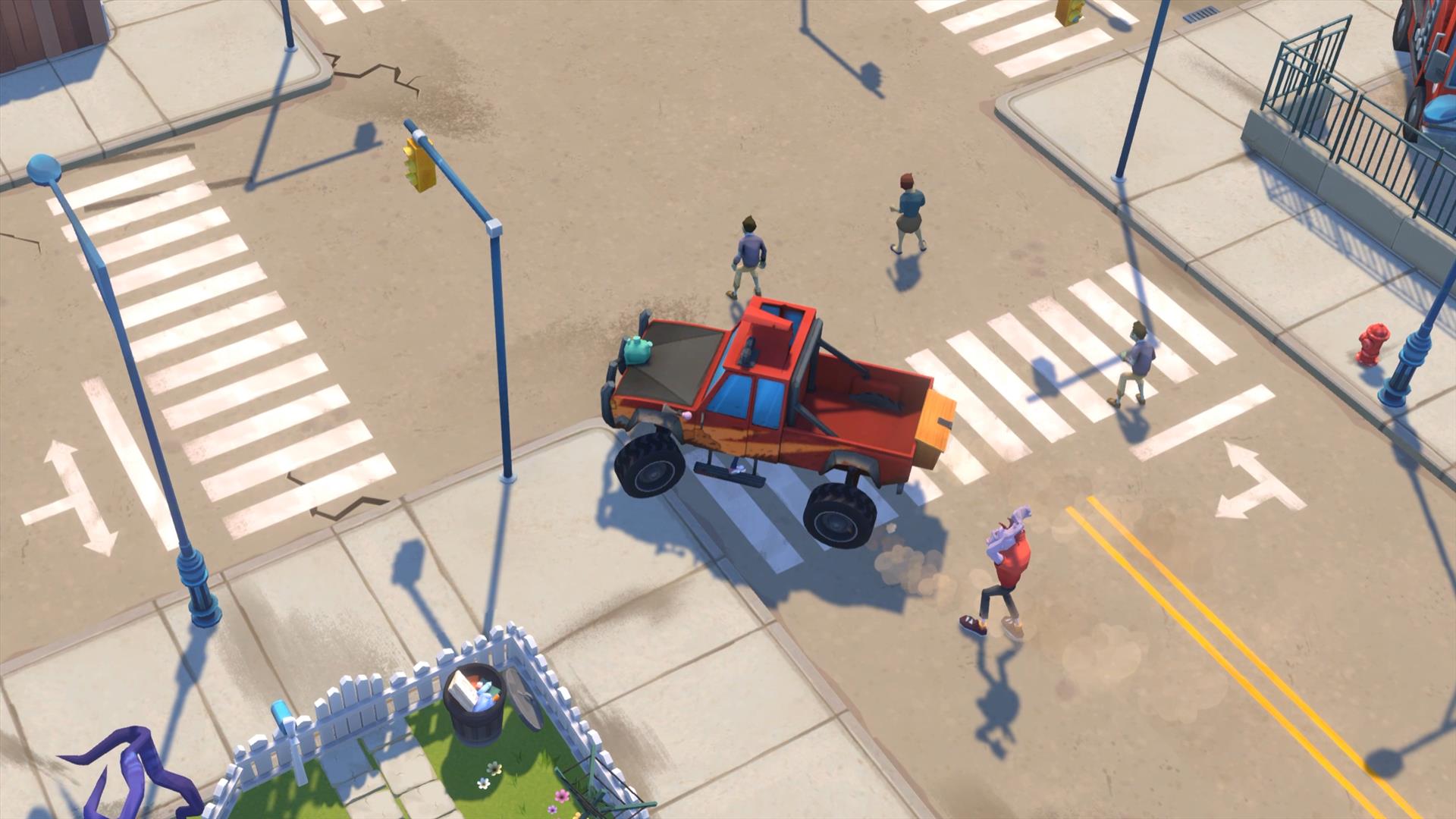 Outright Games treated attendees to a twenty-minute highlight reel, revealing its lineup for the coming year. As each new game was revealed, my kids got closer and closer to my computer screen, bouncing in anticipation. When the presentation began, conversation went from “When will it start?” to “When we get this game, I want to be the blue guy” in the blink of an eye. Sure, some of the games revealed hit harder than others, but not every kid engages with every franchise – and the age range these titles are targeting is all over the map. Some games are aimed at early childhood, while others definitely skew towards older kids – even young teenagers. Heck, some of the games look cool to me, and I’m 48.

Much of the highlight real is still under embargo, but following the formal presentation, participants were treated to extended looks at two previously announced games – The Last Kids on Earth and the Staff of Doom and Dreamworks’ Spirit Lucky’s Big Adventure. This part of the program was especially exciting to my daughter, as she is a huge fan of both franchises.

The Last Kids On Earth and the Staff of Doom was of particular interest, as my daughter is currently reading the book series by Max Brallier. Brallier is instrumental in the production of the Netflix series based on the book, and he also came onboard to help developer Stage Clear Studios with the story and writing for the game.

The Last Kids game is set up very much like a kid-friendly Diablo. For those not familiar with the franchise, The Last Kids on Earth is about four kids that have survived a zombie apocalypse – which is just about a perfect setup for creating a four-player dungeon crawler. Each kid has their own strengths, allowing the characters to fulfil some familiar gaming roles. The characters in the franchise easily slot into the tank/magic/dps/healer template, allowing Stage Clear Studios to make a game that will feel instantly familiar to kids and experienced players alike.

The Last Kids make their way through Wakefield, the abandoned town they live in, clearing neighborhoods of swarming bad guys and healing themselves with pizza drops. When four players get on the screen at the same time, the usual ARPG chaos ensues, with attacks, shrieks, and whiz-bang spell effects lighting up the screen. Plenty of gear drops and upgrades are available to be found, leading to a satisfying progression within the game. While Last Kids can be played solo, it’s clear that local multiplayer will be a lot of fun. In fact, I’m pretty sure that The Last Kids on Earth and the Staff of Doom is going to be the game that pushes me into buying a couple more PlayStation 5 controllers. 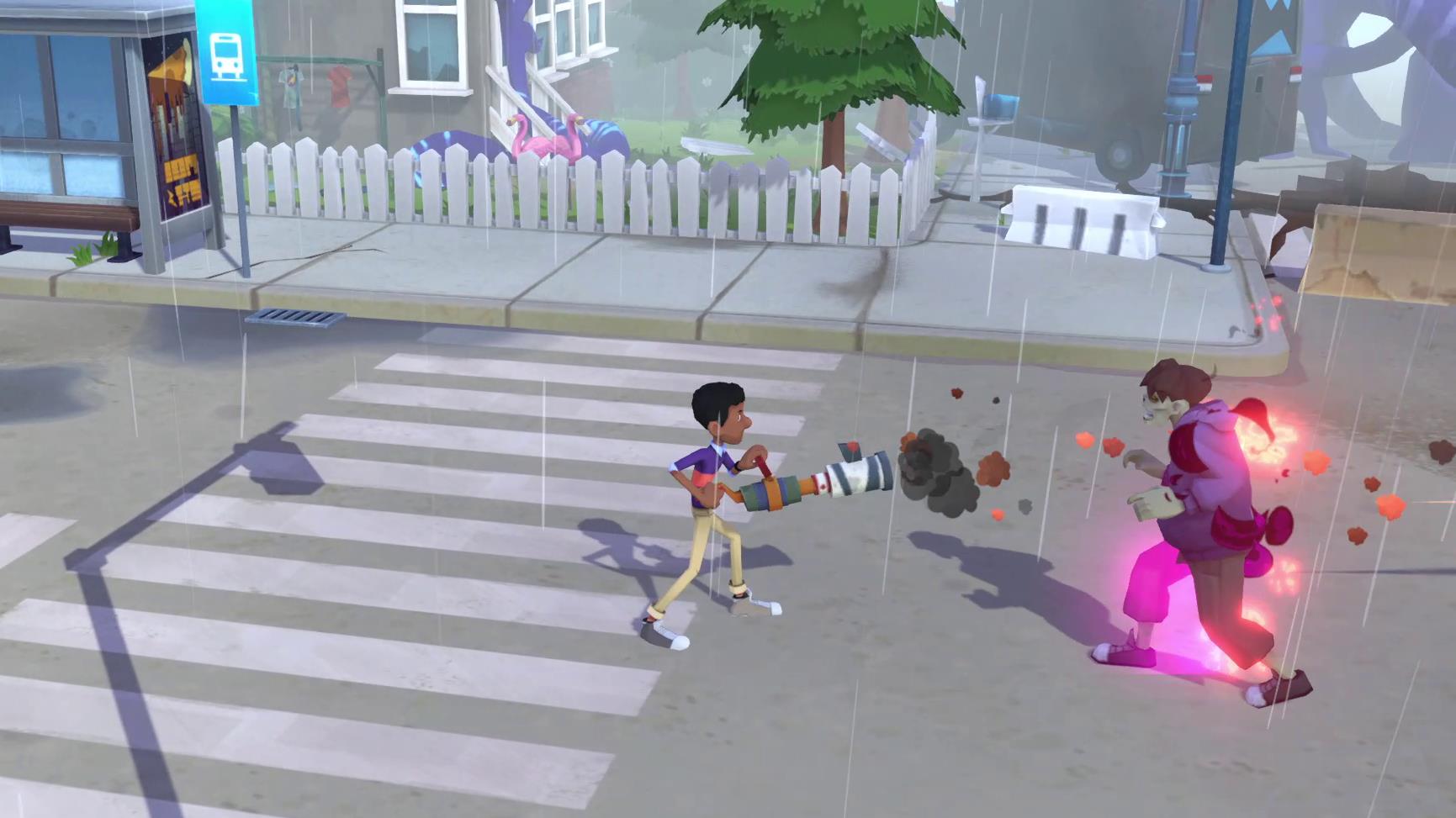 My daughter assures me that the game uses a ton of assets from the Netflix series. By “assures me”, I mean that she shouted the names of the characters, the truck (Big Mama!), the monsters, and every location as they appeared during the demo. The Last Kids franchise seems almost as though it were built to be translated into a video game, and The Staff of Doom is just the logical outcome. The kids and I will definitely be digging into this one when it drops later this spring.

Next up, Outright Games ran us through a brief mission with Lucky in Dreamworks’ Spirit Lucky’s Big Adventure. The Gaming Nexus staff has been eagerly following Dreamworks’ Spirit Lucky’s Big Adventure for months now, primarily because we’ve collectively got a lot of little girls we are trying to entertain during what could be the most boring two years in little girl history.

As the father of a budding female gamer, I am delighted that there is a game built specifically for her demographic. I’m sure a lot of boys will also enjoy Lucky’s gentle adventures in the late wild west, but this thing feels like catnip for little girls. At one point during the demo, Lucky goes riding up into the mountains, where the temperature is lower. The person running the game opened their inventory and put a red coat on Lucky to protect her against the cold, and I wish I had been recording my daughter’s squeal of delight when she saw that players will be able to change Lucky’s clothes. It’s the little things.

But Lucky is no paper doll. In this game she is voiced by Isabela Moner, the star of the recent spectacular Dora the Explorer film (and no, I’m not kidding. That movie absolutely slays). She is spunky, self-reliant, and exhibits a Nathan Drake-like proclivity for climbing sheer cliffs. In other words, a great role model for girls. 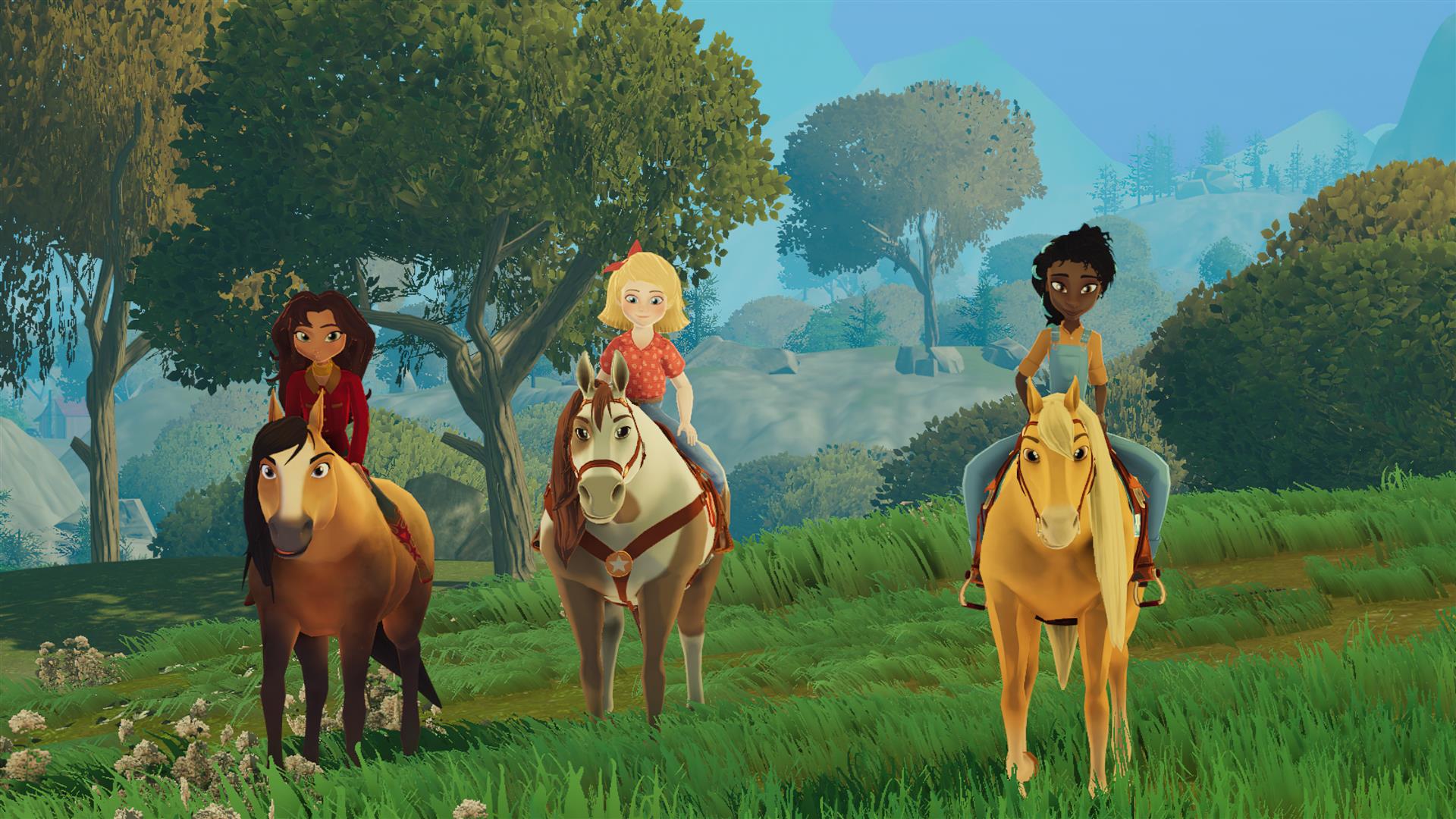 The mechanics in Lucky’s Big Adventure seem appropriate for the intended audience. Though players are free to explore the western landscape at will, a line of glowing pillars clearly shows the player the path to the next mission, allowing for a more streamlined experience for those that are wary to strike out on their own. In the mission we saw, Lucky goes exploring a cave to find search for clues about a treasure left behind by her mother. A cave in leaves her stranded, which prompts Spirit (the name of her horse, for the uninitiated) to ride out for help. Spirit returns with a friend to save Lucky, and they all ride off in search of their next adventure. Like the (actually pretty good) television show that spawned it, Lucky’s Big Adventure seems to contain an appropriate mix of friendship, danger, and good-hearted fun.

It is often said that the best family films entertain kids and adults equally, with aspects that appeal to all audiences. There seems to be a prevailing thought that family games should do the same. While that might be true in many cases, I reject that line of reasoning when it comes to games for little kids. Kids are just learning the language of gaming, how to handle controllers, what all the UI elements on the screen mean. It is absolutely appropriate for people making game for that age group to make them simple, accessible, and approachable, and it is entirely possible to achieve that while maintaining quality. 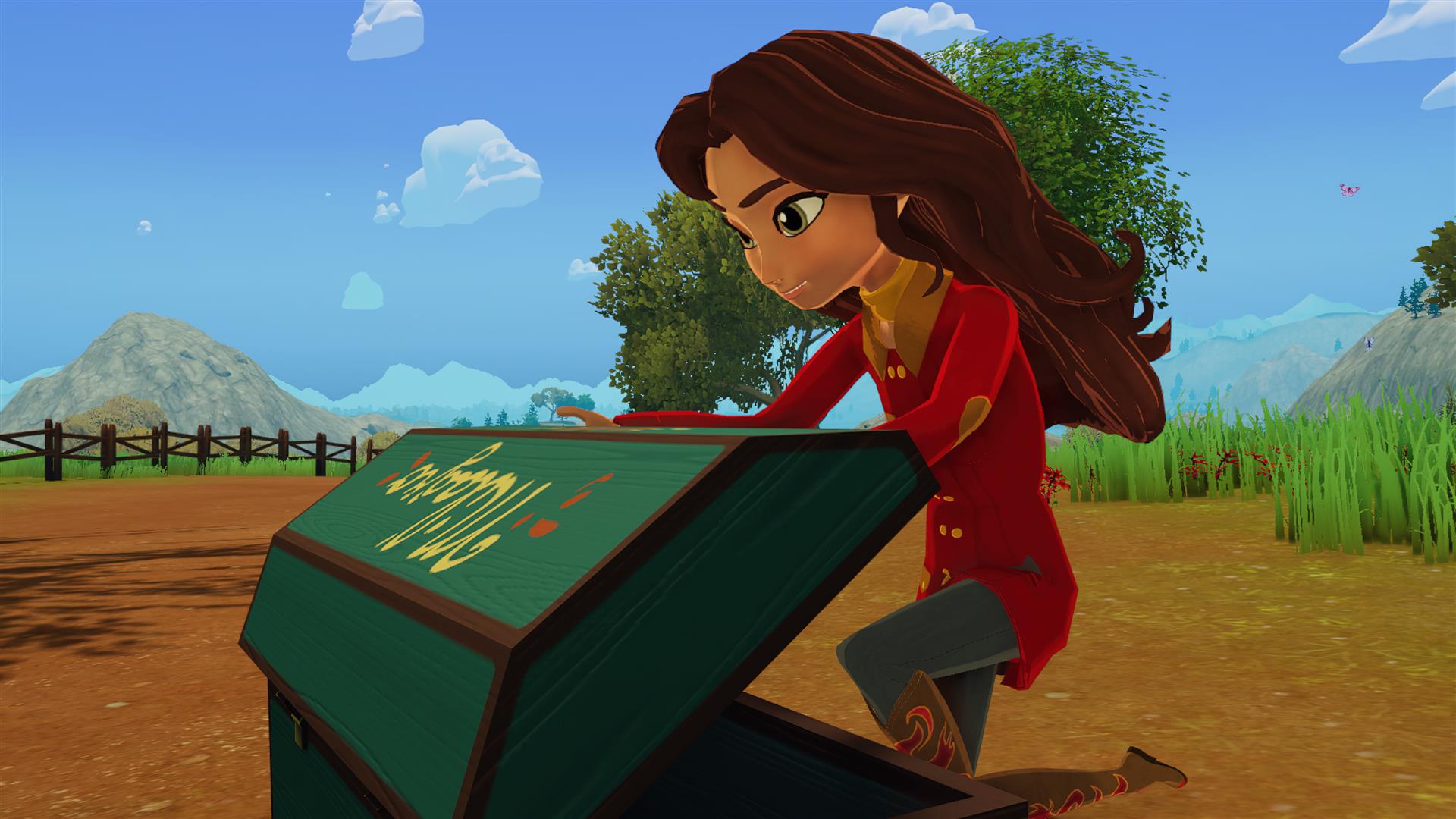 There is a difference between “fun for adults” and “well made”. Just like I don’t sit down and watch five episodes of Spirit in a row – which my kids wholeheartedly love - men in their 40s are not likely to spend a ton of time with Dreamworks’ Spirit Lucky’s Big Adventure, especially not on their own. But for parents with elementary school-aged children, the games made by Outright Games are a lovely way to spend some quality time with your kids. And who knows? You might end up having a ton of fun climbing mountains and zapping zombies right along with them.

The Last Kids on Earth and the Staff of Doom is scheduled to release on June 4, 2021. Dreamwork’s Spirit Lucky’s Big Adventure releases a week later on June 11. The rest of Outright Games’ line up will be revealed later this spring, starting with today’s reveal of Hotel Transylvainia: Scary-Tale Adventures.