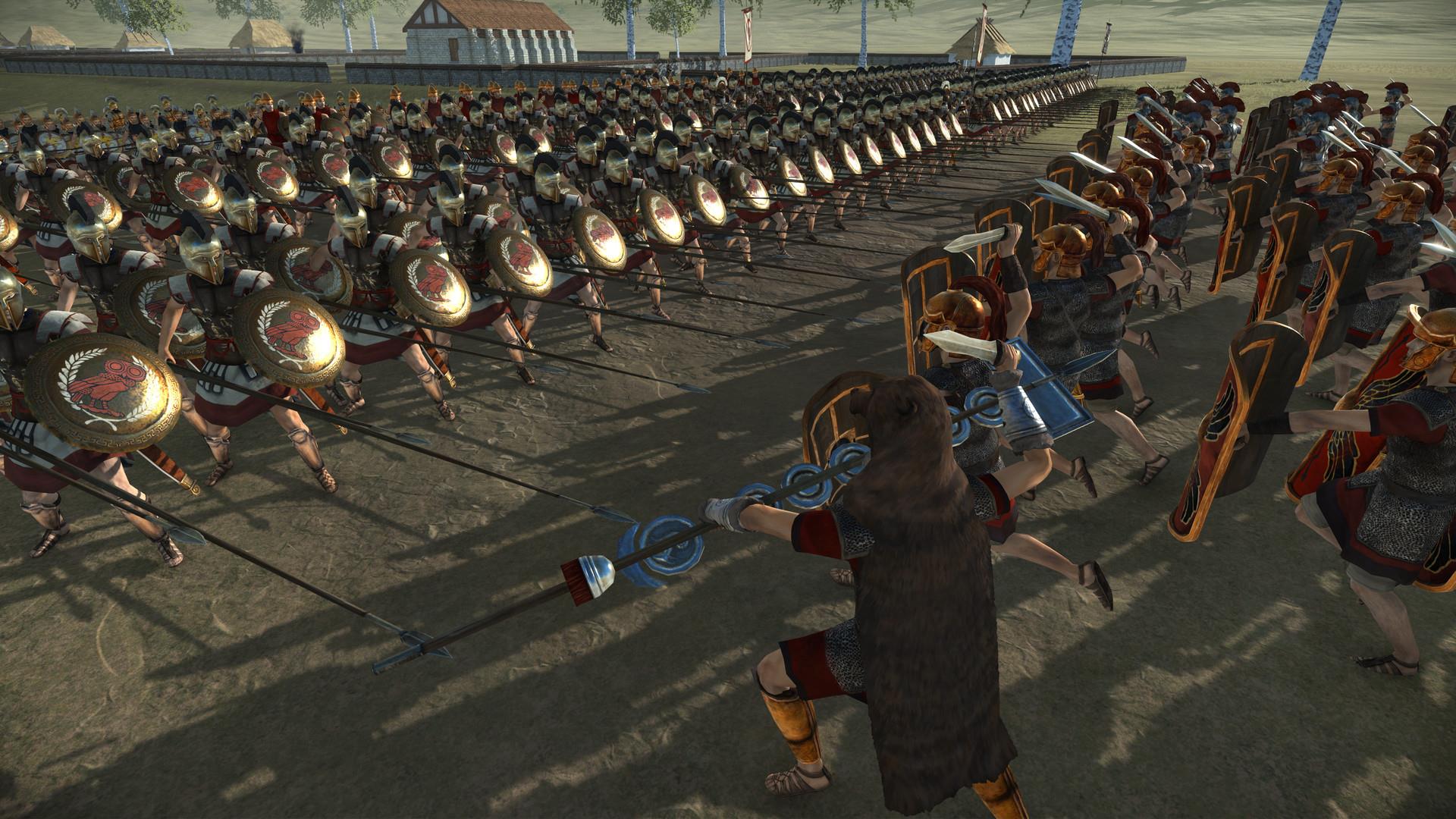 Written by Tom Bitterman on 5/24/2021 for PC
More On: Total War: Rome Remastered

The original Rome has a 92 score on Metacritic. The sequel, Rome 2, only has a 76. Perhaps the development team at Feral Interactive was a trend. Maybe people just got confused with the way Total War shifted around in the title. Most likely, however, is that the publisher, SEGA, decided that people would enjoy another go-round with the original Rome game, but with some improvements to bring it up to date. 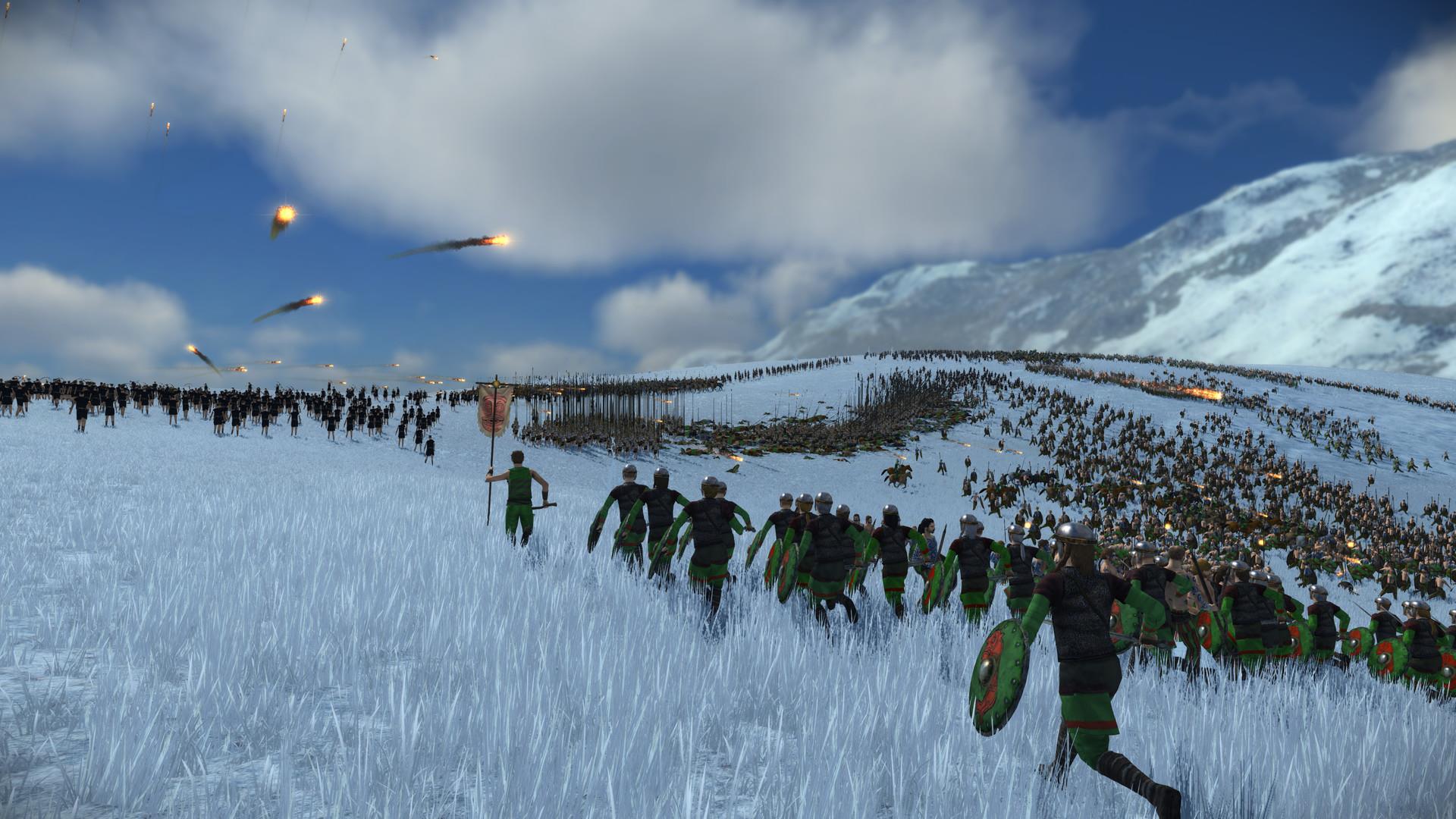 The first set of updates is to the graphics. There are some technical changes, including support for wide monitors and UHD resolution, along with other modifications required to keep up changing display technology. Somewhat more obviously, the graphics have also been improved. Textures are better, colors are better, details are easier to see, and it overall just looks like a modern product. For a game which depends, to a large extent, on sweeping views of battlefields upon which large numbers of troops are in battle, this is a welcome update.

The improved graphics show up in the interface, also. For example, information on each troop is now more easily accessed on the battle map, as the improved resolution (and increased real estate) allows it to be legible. The world map also includes new screens that provide handy information on resources, fortifications, and faction strengths. The interface in general has been cleaned up and made more accessible based on improvements in technology and the experience gained in the Total War series over the past two decades. 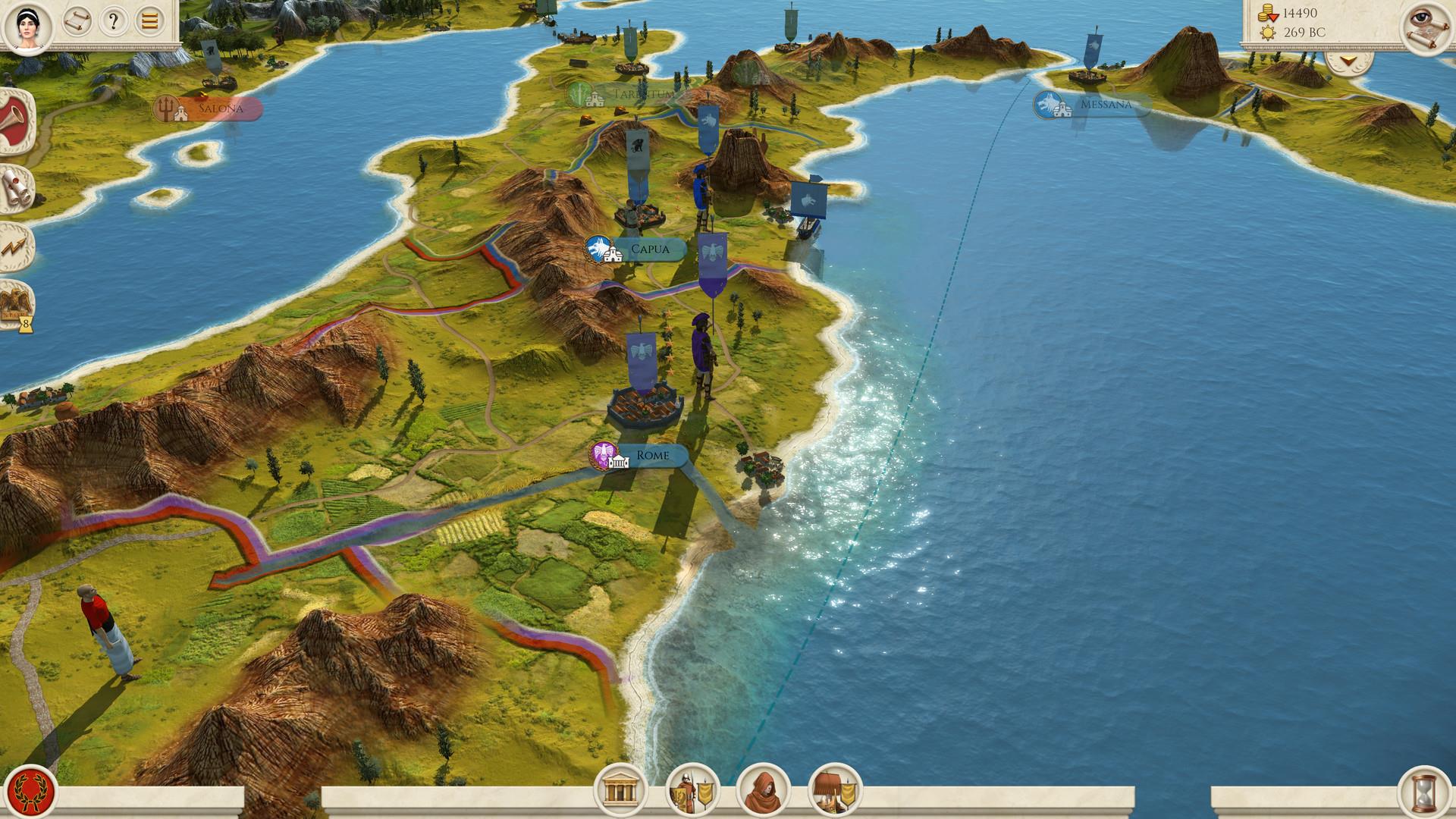 This is not simply a graphical update. The first thing the new player will notice is the tutorial. Despite the limited changes to gameplay, the tutorial has been revamped to make it much more accessible and informative. The introduction has new tool tips, advisors, and a wiki. None of this changes the heart of the game, but definitely makes it easier to get into without the discouraging start that many strategy games have. This is especially important in a game like Rome Remastered, as there are two primary modes: tactical battle and strategic development.

Tactical battle is the most initially engaging part of the game. When two armies meet on the strategic map, a separate tactical map is created with properties similar to the strategic map—a tactical map will be forested if the armies are in a forest, for example. After initial placement, the armies start a pausable RTS battle. The player, of course, is responsible for commanding his units during the battle, making them maneuver, fire arrows, and engage in melee combat. The improved graphics and interface make the battle even more fun to see, and improve the presentation of the information available to the player. 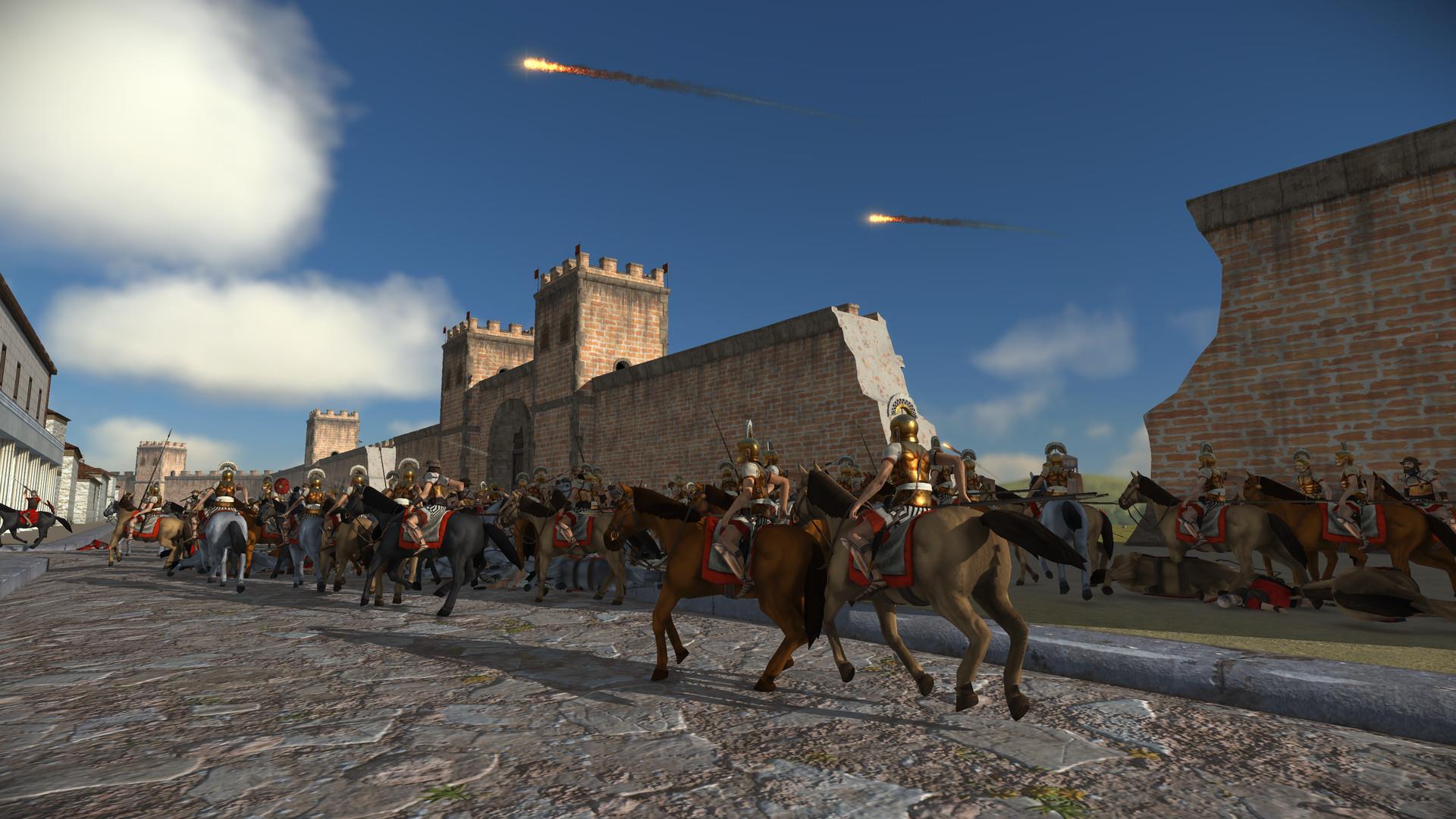 The strategic map is where cities exist, and where armies and agents move around. At this level the game is fairly standard: develop your cities, build armies, paint the map. One welcome change is that it is possible to start as any group on the map—Carthaginians, Gauls, Persians, whomever. Each group has their own strengths and weaknesses, affecting how cities are developed and army composition.

Agents are a special type of unit that perform special actions. Spies spy and can open gates during sieges. Diplomats can open discussions with foreign factions. Merchants can use Resource nodes to earn some money. The basic setup is relatively unchanged, although some balancing has taken place. In a new “feature,” one has to move Diplomats around to use them. For example, to talk to Carthage one must physically more a Diplomat there. While this might simulate the dangers of diplomacy during the time, this reviewer kept forgetting about the Diplomats and they mostly sat around on boats. Your mileage may vary. 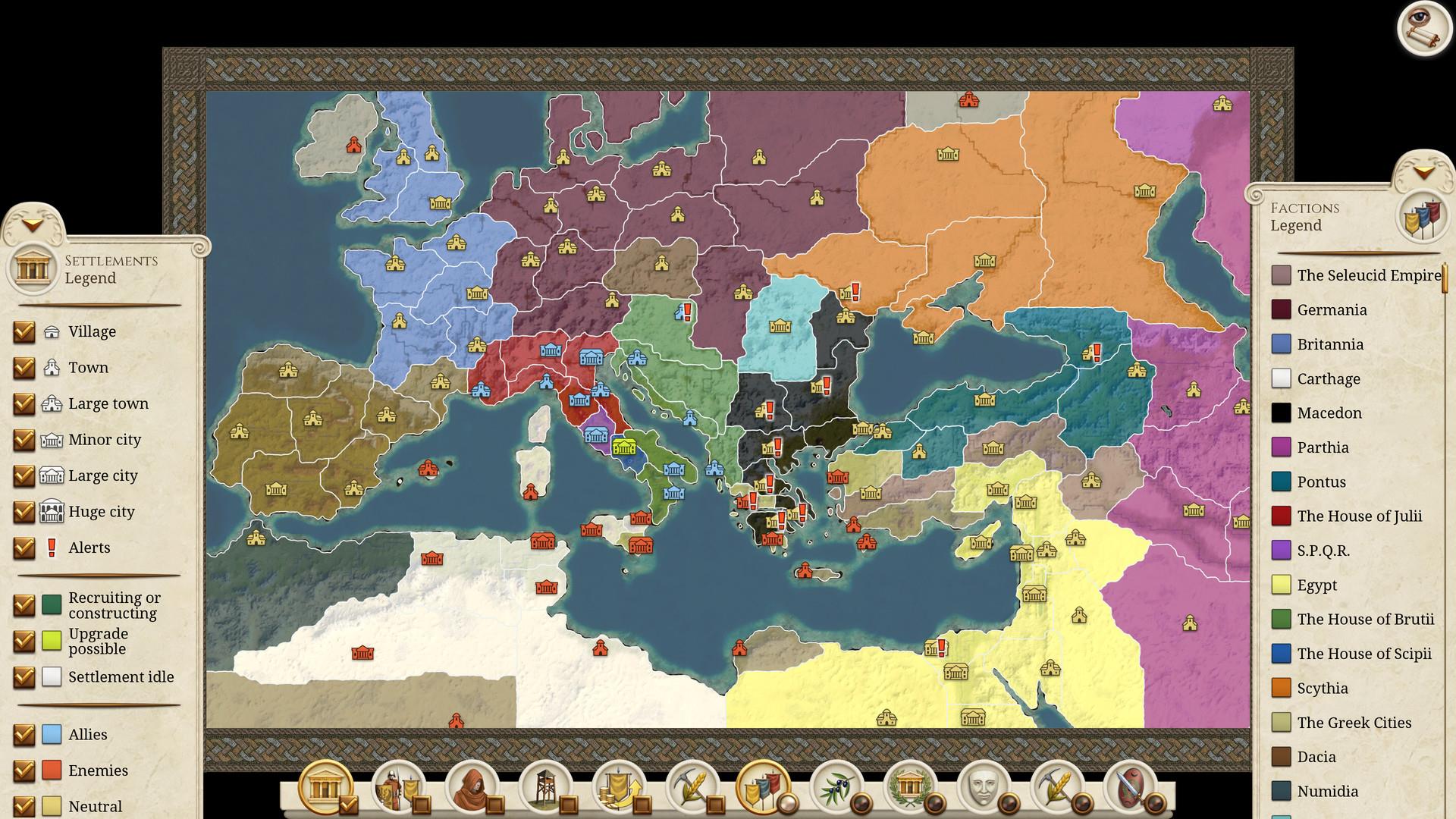 Remastering a game from 17 years ago is an interesting decision. On the one hand, all the cool stuff that the original had (and it did have a bunch of cool stuff) is still there. On the other hand, problems with the original game are still there, also, and new ones may become apparent.

First off, the AI, never great in the original, has not gotten any better. On the strategic map it is bad at spotting enemy weaknesses and formulating long-term plans. On the tactical map it has problems pathfinding and has a tendency to bullrush opponents, leaving it open for massed archers followed by ambushes. Admittedly, game AI is not exactly a science, but it has advanced some in 17 years. Of course, a lot of the fan base will be more interested in multiplayer, where these are minor problems. 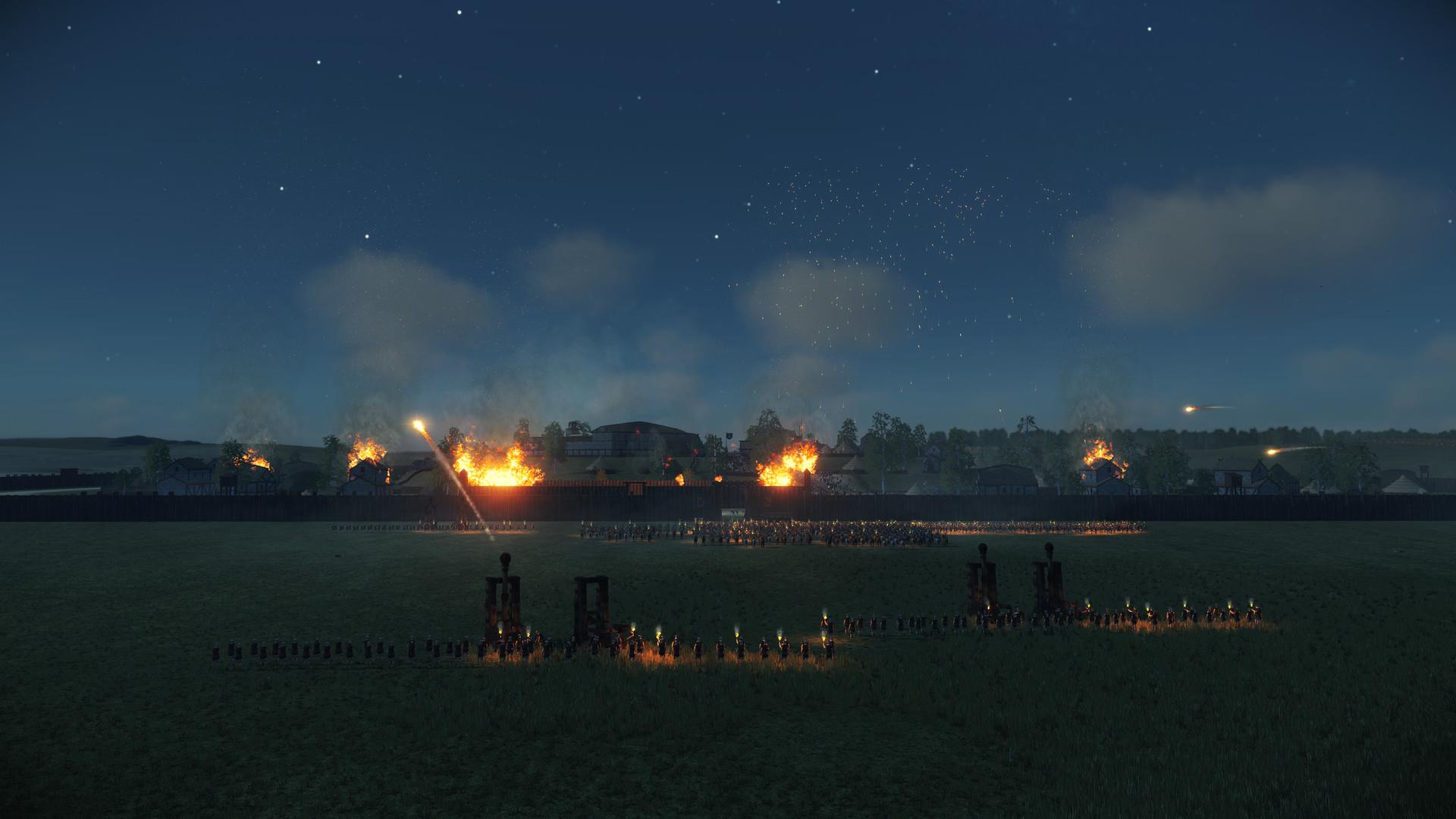 Sea battles are still auto-resolved. The ability fight sea battles has been present in Total War games for a while now. One would think back-porting it would have been on the to-do list. Despite the improvements in the interface, newer Total War games do a better job of presenting information and allowing the player to manipulate things. Fans will note other things that have been improved upon in the series, but were not included in this game.

In summary, Total War: Rome Remastered is an interesting beast to review. On the one hand, it is just as good, if not better, than the legendary game. On the other hand, it just is that legendary game from 17 years ago, with some welcome graphical and interface improvements and a better tutorial. Does that make it a good game, or an attempt to get another bit at the Rome: Total War apple? The best advice this reviewer can give is this: If you liked the original but were tired of the graphics and interface, this might be worth your time. If you liked the original but are done with it, Rome Remastered is not enough of an improvement to go out and get. If you know someone who would like to get into strategy games and would like to start with one of the best, Rome Remastered is an excellent choice.

Not a new game, but a good updating of an older classic. Gamers new to strategy, and those who missed the original, will find this well worth playing.