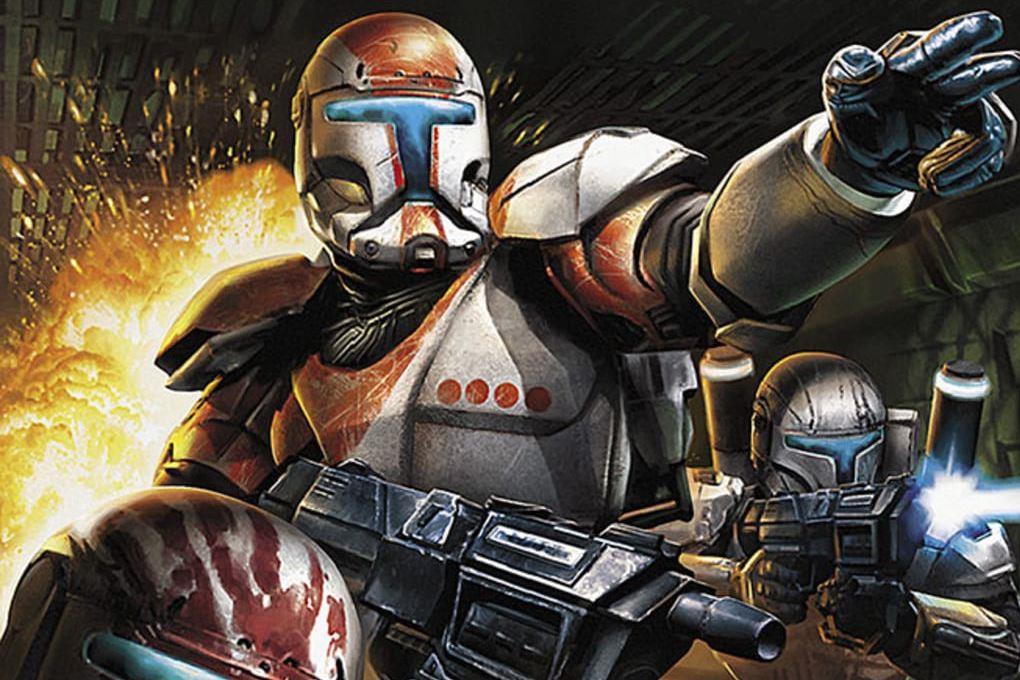 Written by Elliot Hilderbrand on 4/22/2021 for PS4
More On: Star Wars: Republic Commando

You are Delta Squad, four members whose job, nay duty, is to do the dirty deeds the Republic needs done: assassinations, rogue exploration of long-forgotten ships, or dealing with Wookies. Delta Squad gets the job done.

When the LucasArts logo popped up as I turned on Star Wars: Republic Commando, I knew I was in for a treat. LucasArts titles were a staple of my youth, and not just the plethora of Star Wars titles. Indiana Jones, Full Throttle, Monkey Island, you name it. For me they had way more hits than misses, and I could always count on a game that felt finished. I’m still hurt that the last game they produced was Star Wars: Tiny Death Star, and my heart still yearns for Star Wars 1313. When I heard this enhanced port was coming I knew I would be picking it up, regardless of if I was going to review it.

Do you ever do this thing where you recall something so vividly, even years later, and it sticks in your memory forever? I can recall the feeling of watching Star Wars: Rogue One and realizing while sitting in a theater that the ending of this movie was going to be the beginning of A New Hope, and getting that tingling feeling of happiness. I remember staying up all night the day I purchased Star Wars: The Old Republic, and sleeping the next day in class. I recall with ease what it was like to play Republic Commando the first time. I had just graduated from high school and it was the summer before college when I picked up the game. I was looking for something to pass the time that summer, grabbing it pretty much on a whim. The game had come out the previous spring and was on sale, which was perfect as I didn't have a job at the time.

Republic Commando picks up during the climax of the Star Wars Episode II: Attack of the Clones, and you play the leader of Delta Squad, an elite group of four clones tasked with the difficult work that regular old clones just can’t handle. In the game you play in three campaigns: Geonosis, which takes place during episode two; Prosecutor, a year into the Clone Wars; and Kashyyyk (had to double check on the three y’s—clearly I’m not a true Star Wars fan) has got Wookies! All three provide something a little different: a hit job, a derelict ship, and a search and rescue. Overall the game doesn’t feel short, but it doesn’t feel long either, and almost perfectly timed for a casual pick-up game. Though if you want something to tide you over until the next Star Wars film, this won’t do it. It wouldn’t be impossible to play through one of the three campaigns in a single sitting. I found myself devoting three or four play sessions to each one. 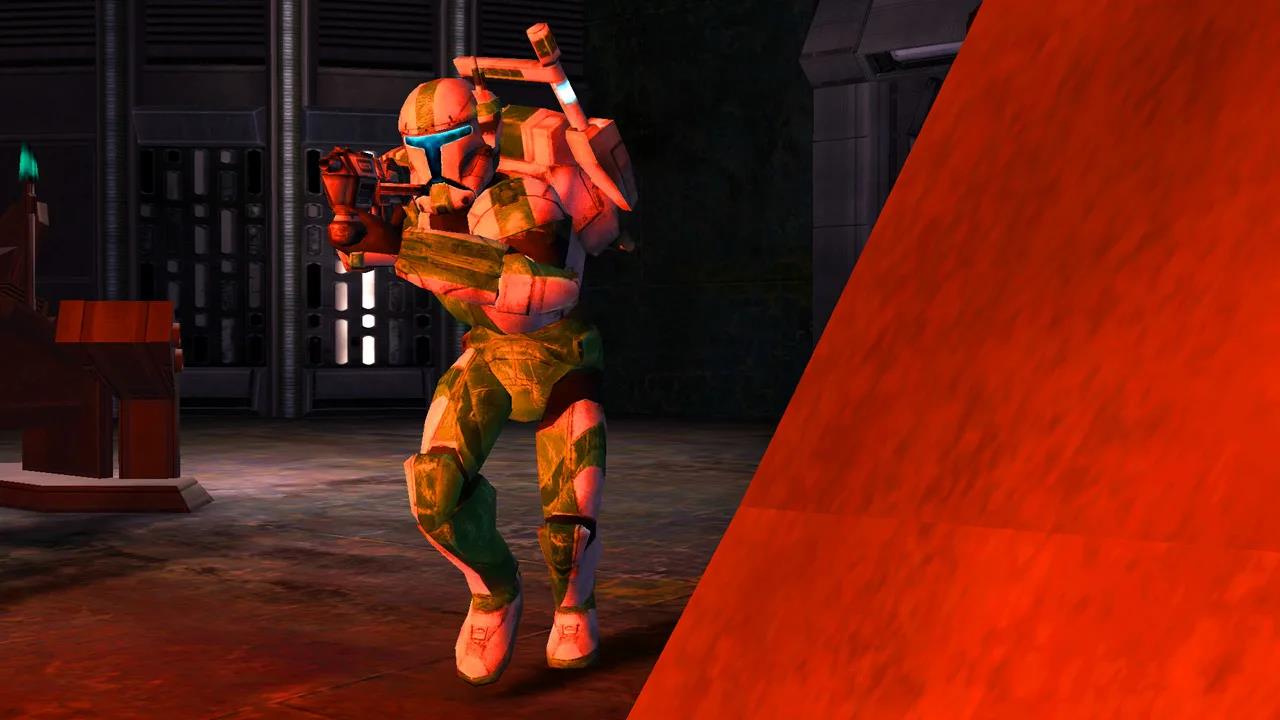 Gameplay overall remains nearly identical to the 16-year-old original. In terms of comparing it to a modern day shooter campaign, Republic Commando can drag a little. Sure, it can be fast-paced when you’re under siege from what seems like an endless barrage of droids, but it also slows down like in an old school Doom game and lets you explore an abandoned spaceship. It also gives out an old Doom vibe because there’s no running. There were numerous times when all I wanted to do was dash through an area to get to the next one, but there is none of that in Republic Commando. I wonder if I didn’t notice in 2005 because of the era of first-person shooters I had grown up with, whereas in a modern day shooter running is a way of playing.

I mentioned earlier how this is more of an enhanced port than a remake or remaster. The roughest edges from 2005 are gone, but squad members still look a bit blocky at times. When engaged in a big battle I did notice frame rates dropping. The drop in frame rate didn’t take too much away from the game, but it is noticeable if you look for it. Some areas feel too dark as well. I know my character is equipped with a dark mode visor, but I don’t want to play the game in black and white for long stretches of time. 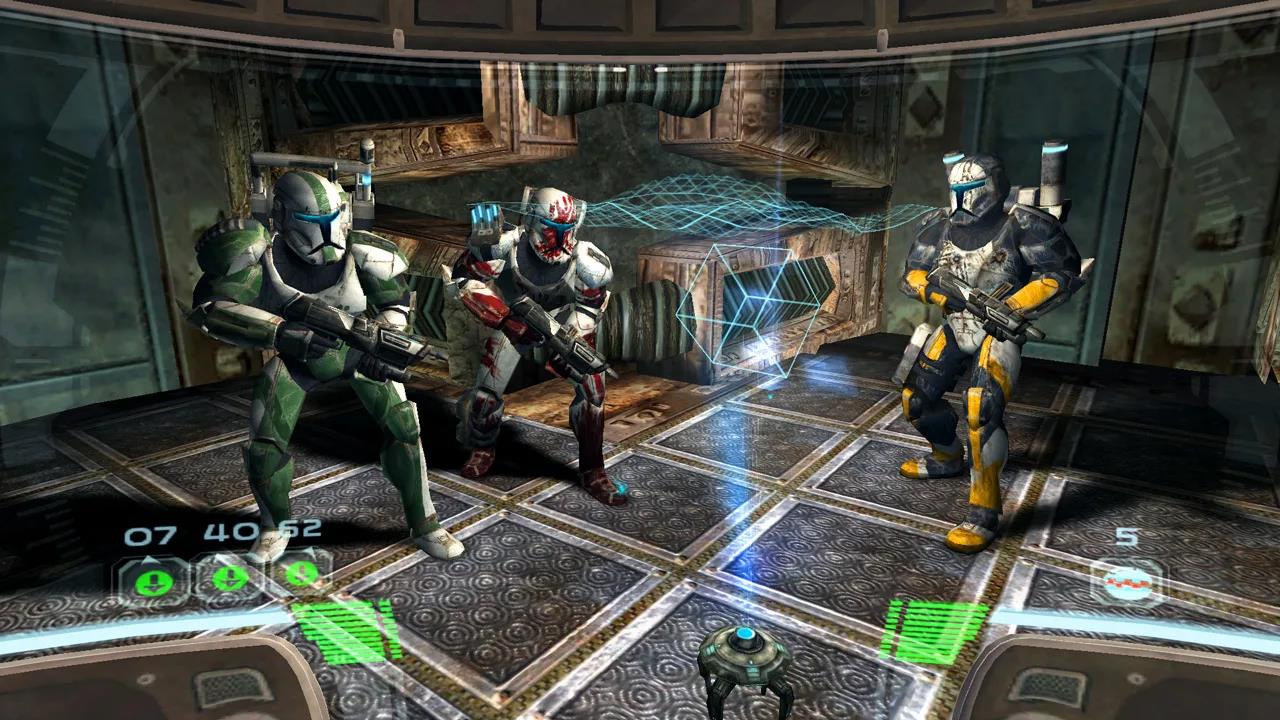 Republic Commando feels like Star Wars just by the sound effects alone. Blasters make it feel like you are in a Star Wars game. When you bark orders to your clone brothers in arms, it’s Temuera Morrison, the actor who played Jango Fett. Wookies make Wookie noises. Another great highlight to the game is the soundtrack. The musical accompaniment shows the care that was put into the game way back in 2005. Because of that it still holds up.

A few items made me feel like I was still playing a game still stuck in 2005. As I said earlier, the lack of a run button. I can also count on one hand the number of times I had to use the jump button. Why have a jump button if I only have to use it a handful of times? The friendly fire was also a feature I could do without. While your squadmates are fairly smart, they will stand right in front of you plenty of times to drive you crazy.

Star Wars: Republic Commando is a ton of fun. With how well the gameplay was designed, a single-player game feels like you have teammates that follow your directions, even sacrificing themselves for you. This is an excellent game put into a below average port. The force isn’t so strong with this one.

A touch of paint was added to Star Wars: Republic Commando, but the brush was small. Gameplay feels just like it did in 2005, which is great because of the solid foundation, but this enhanced port can feel like it runs slow at the worst times. By not changing much players might be better off remembering the past with rose colored glasses.