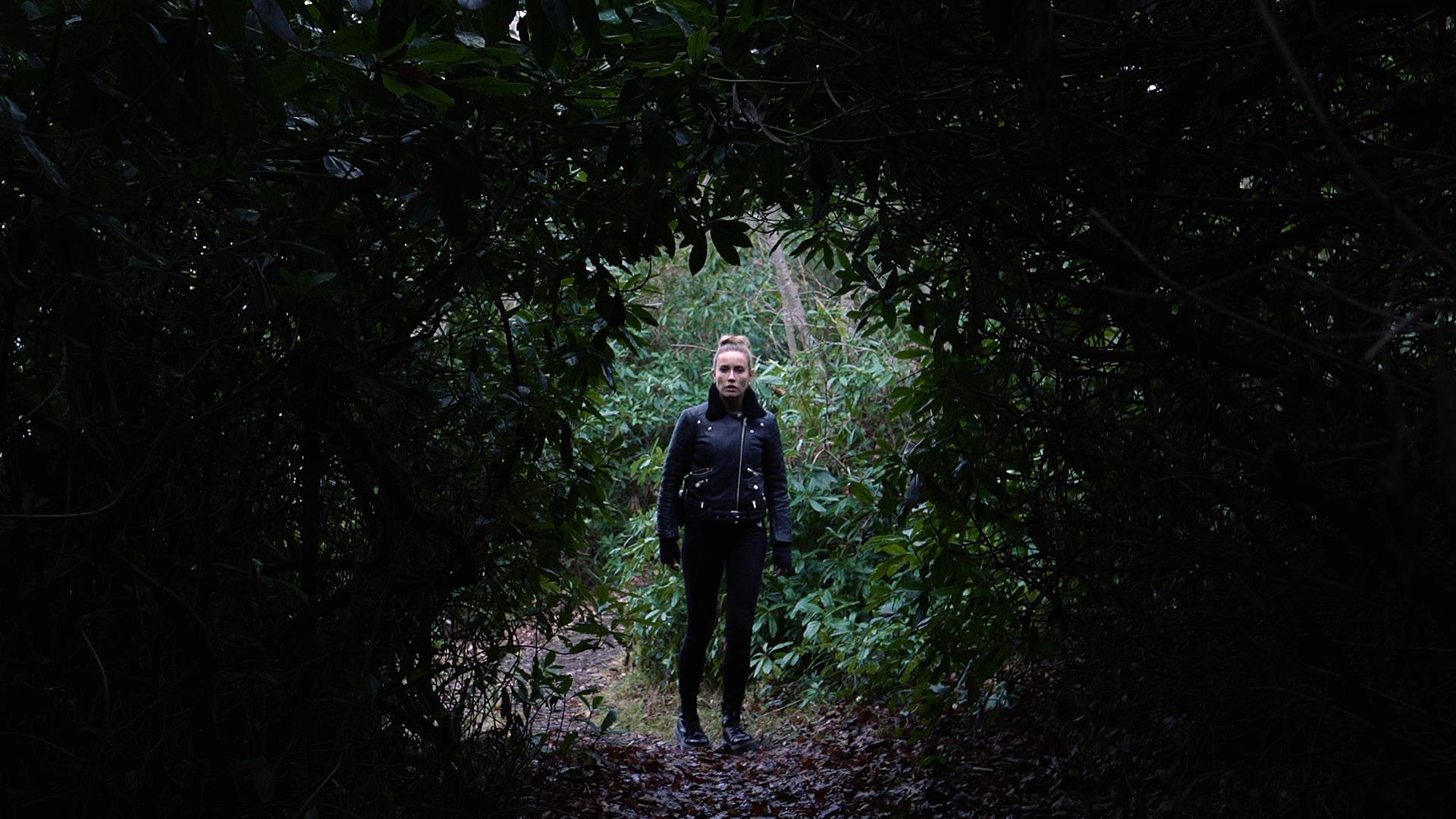 In the late 1980s, when the VHS home video boom was in full swing, a little production company called Full Moon Features started producing low budget horror films and dumping them onto Blockbuster shelves across the nation. With series like Puppet Master, Demonic Toys, and Trancers, Full Moon quickly gained the loyalty of me and my buddies. Though the films were rarely satisfying on a cinematic level, it was clear to us that the people making them were slightly crazy, so we gobbled them up as soon as they dropped, hooting and throwing popcorn around our parents’ living rooms.

I realized while playing through Wales Interactive’s latest FMV adventure title I Saw Dark Clouds that my relationship with these periodic video-based adventure games is similar to my relationship with Full Moon Features. Here is a company that continuously serves up interactive films – often the subject of critical disdain – and every time a new one gets announced, I get all excited. Regardless of their Metacritic scores, there has to be a loyal audience for these things, because they just keep coming. And with I Saw Black Clouds, I realized that yes, the people making Wales Interactive’s FMV games have to be at least a little crazy. 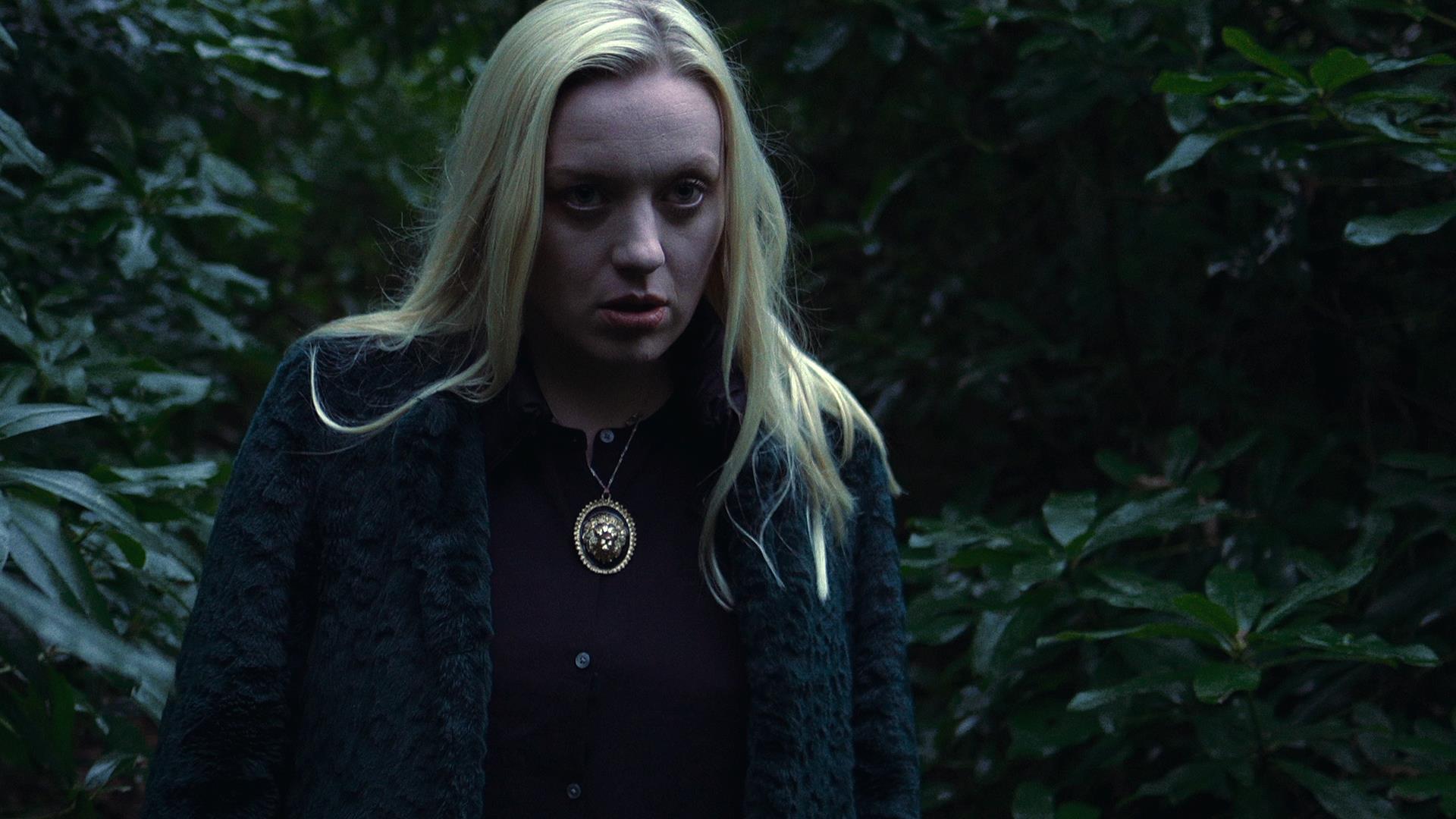 This is Charlotte. She never went full zombie during my time with the game, but it sure looks like she wants to eat some flesh, doesn't it?

There is very little in I Saw Black Clouds that could actually be considered “good” by film standards. I have a long list of grievances with the technical implementation of this game, which I will get to in due time. And production value-wise, this is the barest of efforts, most of which looks like it was filmed in an abandoned medical complex. But the sheer nuttiness of the various storylines – along with some absolutely righteous creep-out moments – still won me over.

As a fan of low budget horror, I quickly shifted modes while playing I Saw Black Clouds, and started hollering at it like I was a 17-year-old in a dark room with my friends. “What the hell are you doing? You so stupid, girl! Wait, what in the hell just happened?” Stuff like that. I was playing the game at night with headphones on, and I was surprised to look up and see my wife staring down at me with an expression that was half amused, half disturbed. 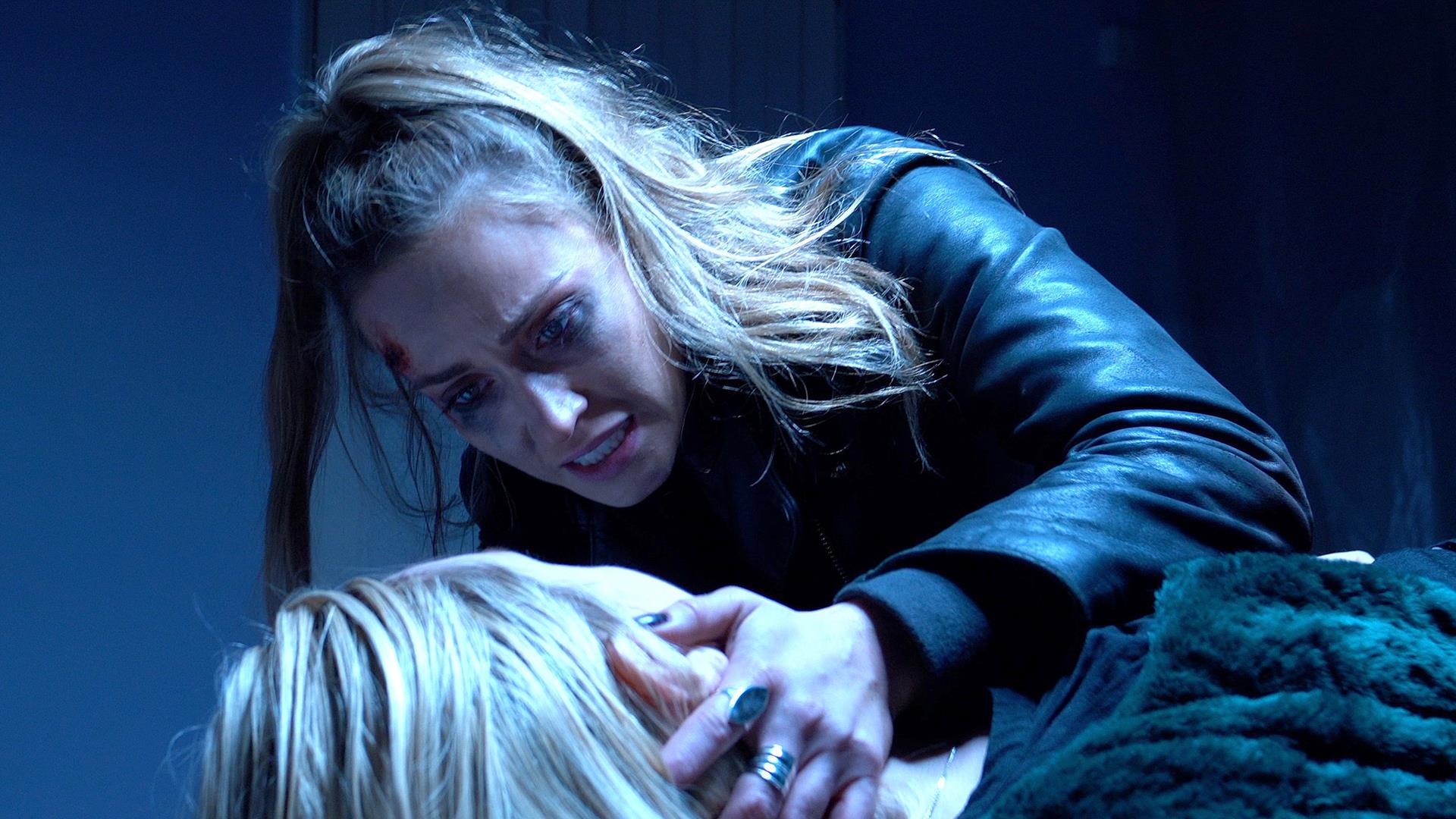 And many of I Saw Black Clouds story moments are disturbing indeed. I’m not going to bother going into the story, simply because I experienced several wildly different films while playing this game. For the first time in one of these games, I made some choices that truly led me down a very different path. The entire theme of the game changed; different bad guys, different characters, different outcome. Though I Saw Black Clouds reuses sets, actors, and certain sequences during various story paths, the context is so different that you simply can’t make the same choices you made the first time and expect to succeed.

I often say about games that offer narrative “choice” that you can follow the highway or the side roads, but you still end up in the same destination. This is not that. Though I ended up in a similar place, the routes that I took to get there might as well have been on different planets. Almost everything I learned in my first playthrough was completely disregarded in my second one as the story went careening off in an entirely different direction. These games often promise this experience, but this is the first time that I’ve actually seen it done. 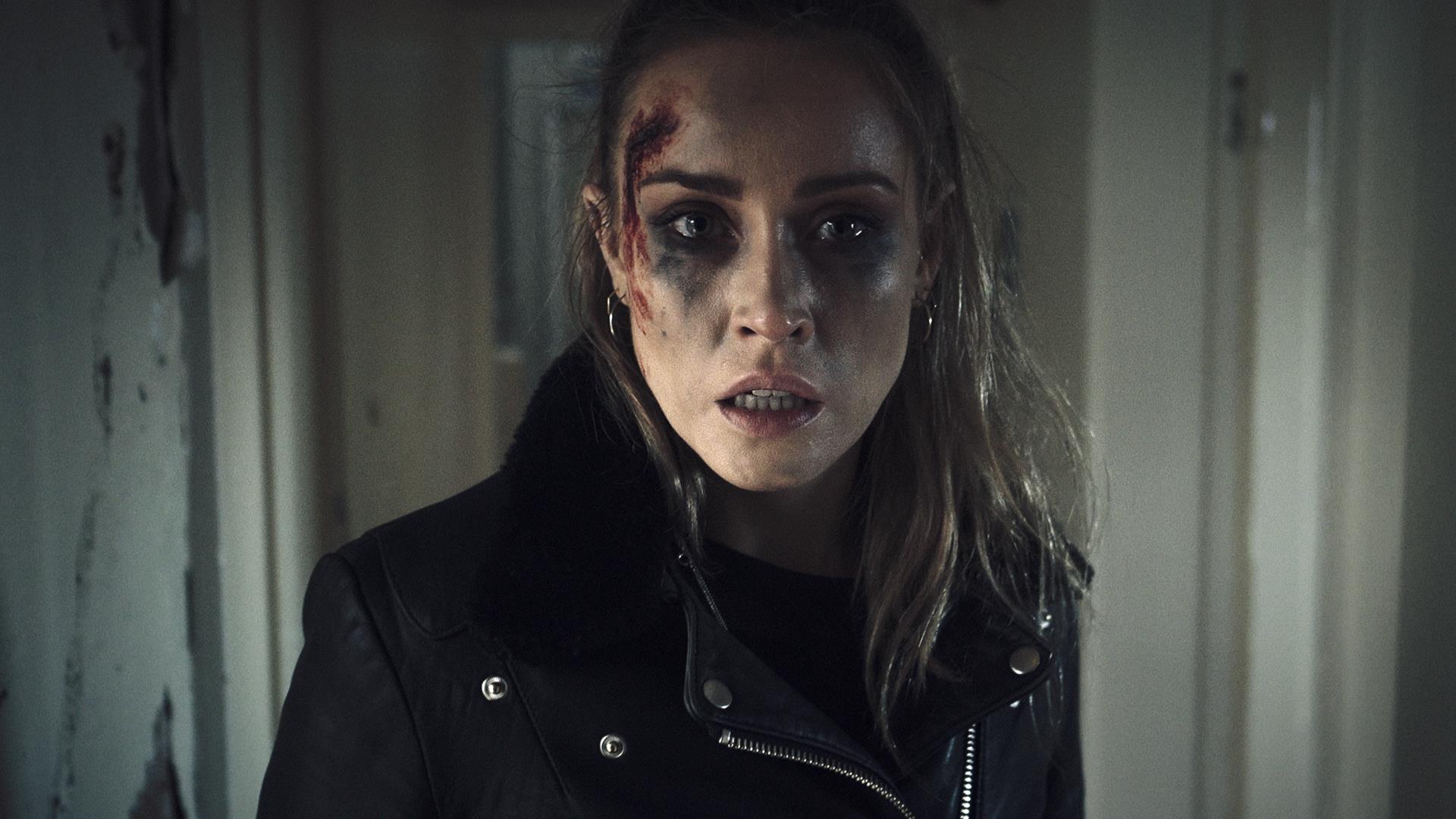 I Saw Dark Clouds comes with a trigger warning at the beginning, and it is one that should be taken seriously. This game is practically constructed from triggers. Images and themes of suicide, sexual misconduct, and violence against women abound. Though the game is never super graphic, there are a few sequences that are legitimately harrowing.

Also surprising is the I Saw Dark Clouds’ ability to offer legitimate chills. Tucked among the scenes of characters wandering abandoned asylums and exploring creepy basements are a few well-designed moments that actually create suspense and surprise. The player has to slog through a lot of quiet conversations and blank stares from characters to get to them, but they are there.

Which brings me to the biggest issue with I Saw Black Clouds. The technical implementation of this game is well below the usual standards of Wales Interactive’s titles. Transitions after the player makes choices are beyond awkward – the game might as well make a “ka-chunk” noise as it shifts gears. Much of the game utilizes eerie “bwoooooom” undertones in the score, which would be fine except for the fact that these tones are abruptly interrupted during scene transitions, and often kick back in with a different tonality, which removes any sense of created tension and simply produces eyerolls. 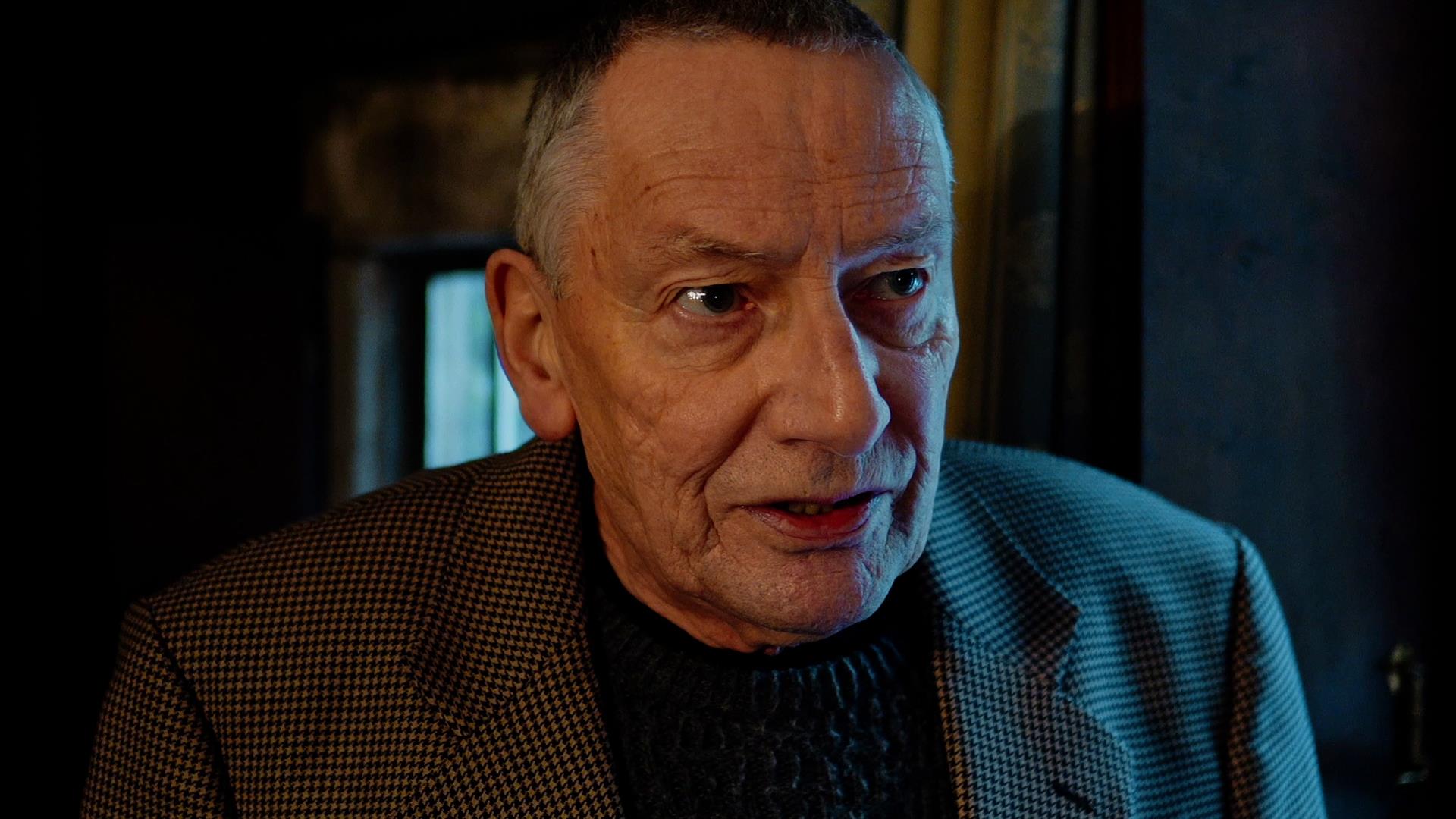 I legit love this dude, and would watch anything that he is in.

Other editing problems are rampant. The pacing is so choppy it could sink ships. Every conversation is filled with shots of the main character staring blankly at whomever she is speaking with, which can go on for seconds while the game decides what to do next. Indeed, sometimes the game skips right over whatever conversational choice the player made, and just has the main character sit there silently. Perhaps the player is simply choosing what face the character will make, which frequently seems to be some variation on “what smells so bad?”.

Characters often don’t react to what just happened – moments after one major scare moment, the main character calmly walks down a corridor as though nothing happened when she should be screaming her lungs raw. And in one memorable sequence, the main character suddenly appeared with a giant gash on her forehead. A subsequent playthrough revealed where the gash came from, and it certainly did not belong in my initial storyline. At times, I Saw Black Clouds made so little sense that I found myself cheering the game when it pulled off a decent sequence. 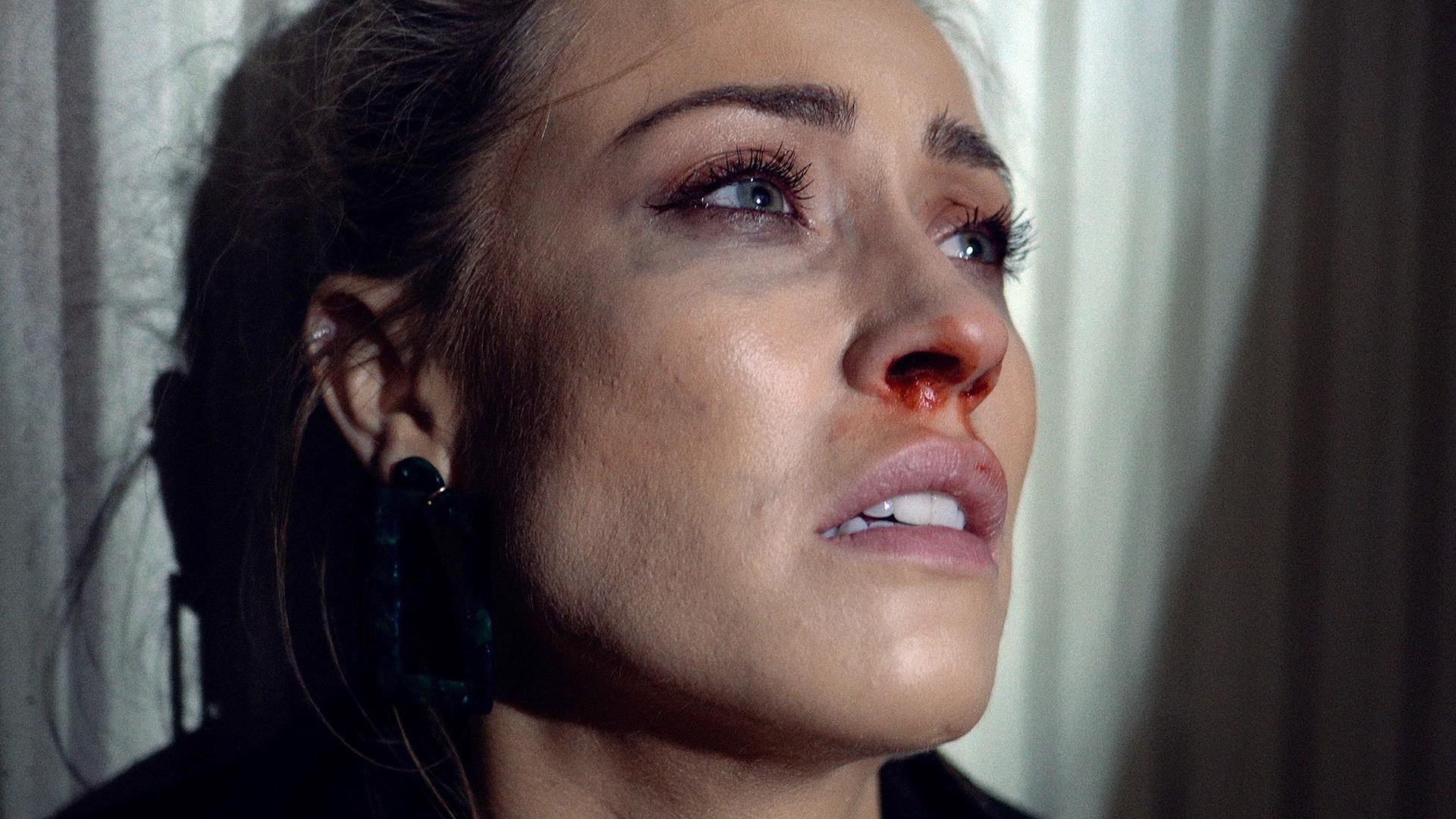 I am so, so tired of all of these awful smells...

And yet, despite all of times I Saw Black Clouds revealed the grinding gears within its framework, I still had a good time with it. As I mentioned, I’m something of a fan of low budget horror, and I’m accustomed to grasping at straws to glean some enjoyment out of a project. Many of the performances in the game are quite good; the actors involved feel accomplished and professional. And the fact that this game was willing to take on some of this subject matter, however superficially, is of interest.

There are some interesting stories being told here, or at least some stories that are surprising in their audacity. One of the tales being spun has a legitimately interesting bad guy, and another has a cabal of baddies so random and perfect that I couldn’t help but laugh. And there is an ending lurking behind some of these stories that sucks so hard that I can’t help but admire the mind that threw in the narrative towel and said “To hell with it, let’s just do this.” It jerks the player so hard in a different direction that it practically snaps the story’s neck, and I laughed and laughed over how dumb it was. 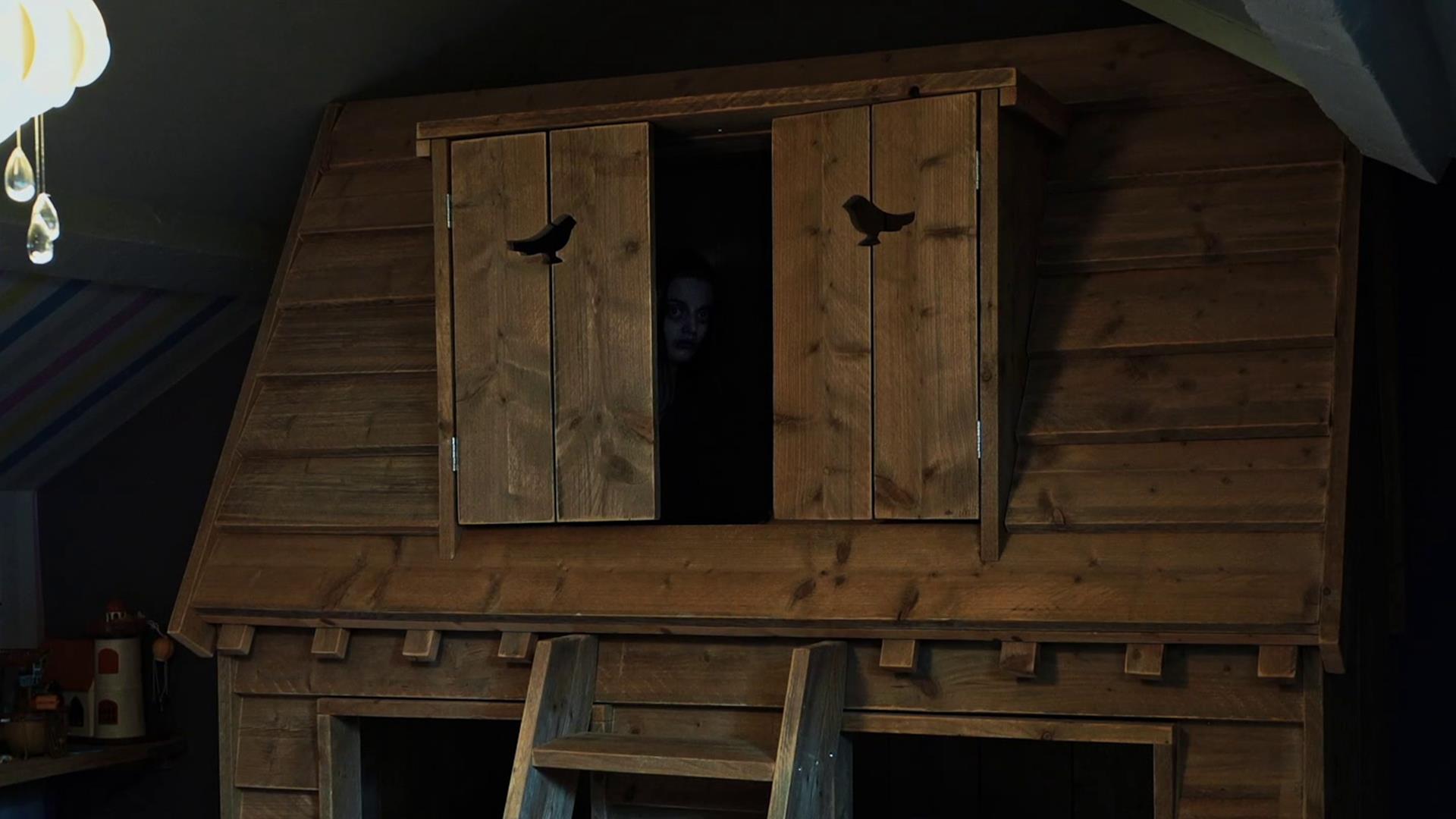 Don't lie. If you saw this in real life, you would cough up blood from screaming so hard.

I have no doubt that I am going to be an outlier in giving I Saw Black Clouds a semi-positive review. I can already hear my fellow critics sharpening their claws to shred this one, and I’m not going to say that they are wrong. But I can’t help but smile when I think of some of the moments in I Saw Black Clouds, and even though I often rolled my eyes while playing it, I still came away somewhat impressed at the game’s willingness to just…go there. And credit should be given for producing a game of this nature during the pandemic, which must have been unthinkably difficult.

I will not sit here and say that I Saw Black Clouds is a “good” game; the technical issues are too glaring to ignore. But I have certainly sat for hours and watched worse things, especially in my youth, when I didn’t mind wasting hours of my life watching bad films ironically. My suggestion is to grab some buddies, grab a tub of popcorn, and go at this one MST3K-style. Approached from that angle, you may just find yourself having fun with I Saw Black Clouds.

Though technically something of a wreck, I still enjoyed I Saw Black Clouds’ narrative audacity. The choices the game makes aren’t necessarily good, but they are often bold. Even through the rough editing and sound issues, the game still delivers some surprises and suspense. Holler at the screen and throw popcorn with your buddies, and you just might enjoy this one.