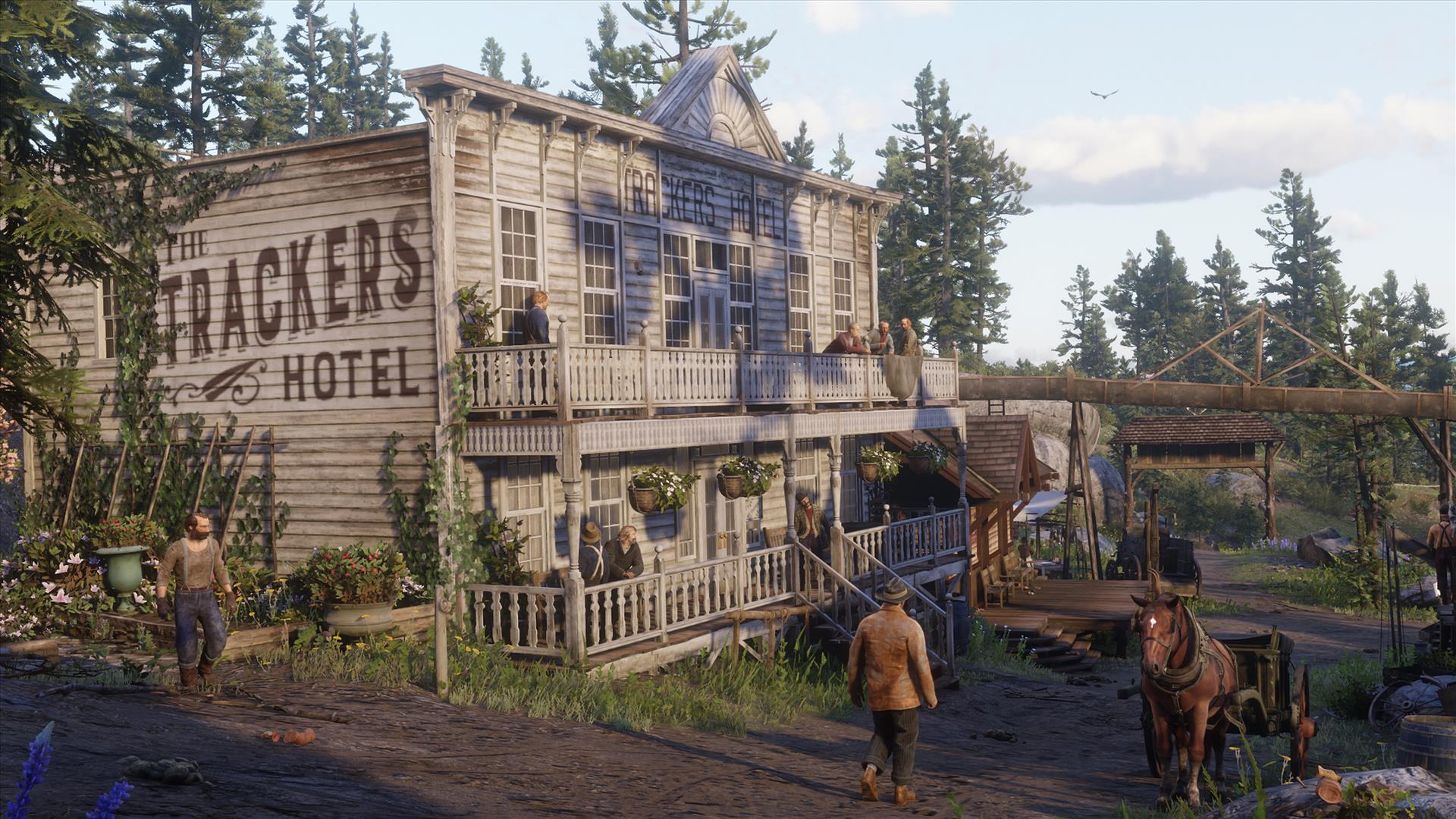 I want to do rich stuff in Red Dead Online

Over the last few months, through daily play, I’ve become Red Dead rich. Not super wealthy, because I can’t resist buying dumb stuff for no reason, but rich enough that I can drop 600 Red Dead dollars on a new theme for my camp and no longer feel guilty about it. My Red Dead slush fund usually hovers somewhere between 5000 and 6000 bucks. If it falls below that, I place a moratorium on spending until I’m once again solvent.

Most of my Red Dead time is spent working in the Trader career. I like the solitary aspect of hunting, and I’ve built up a good arsenal that allows me to hunt almost anything, and – with good aim and good luck – take it down in one shot. During my down time – which is what I call the periods when Cripps is full up on supplies and materials – I engage in one of the other careers, or just run missions for the locals. 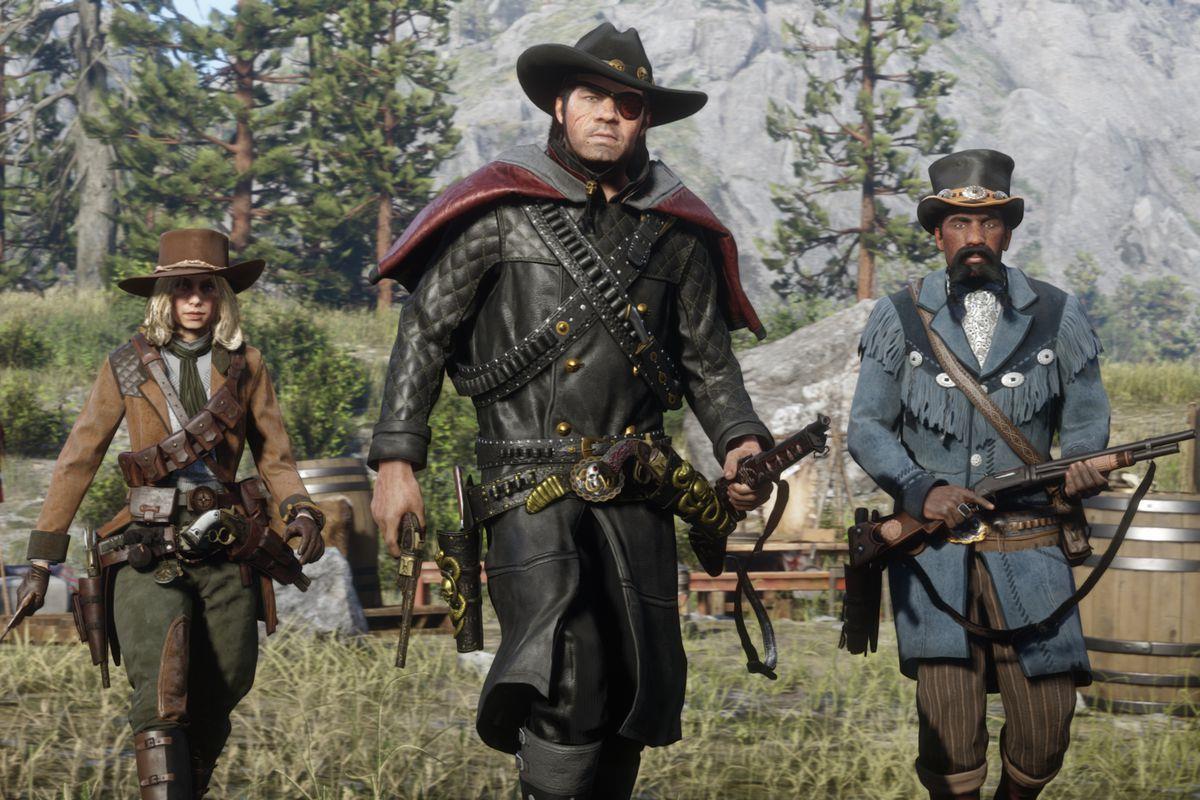 None of this really seems worth my time, because I can’t make as much pursuing other activities as I can trading. Stealing back a wagon from bandits only nets me $3.00 sometimes, and the risks of losing a load of moonshine is far too high for me to invest any time in that path. The other careers…well, Harriet the collector is a nutjob, Gus is a cheapskate, and I’m too violent to pull off bounty hunting with any amount of success.

Mostly what I’m looking for in Red Dead is something to do with my money besides buying fancier clothes and tents. I’m already creeping through the woods in a red leather outfit, with studded boots and a fancy hat. I’ve got coats and vests and spangled holsters. I have the two best pistols I can buy, and the only thing holding me back from having the fanciest tent for my camp is the fact that I am not yet level 65. Hell, even Cripps is decked out, looking like a Jules Verne beekeeper while he hacks up the deer I haul to him.

No, I want more than this. I want to be able to invest in a home, beyond my camp and my dumb moonshine shack. I want an apartment in Tumbleweed, or better still – a house in Saint Denis. But it goes further than that. I want to purchase a variety of rental properties in these locations, and let other players lease them from me. I want NPCs living in my shacks, and calling me when the outhouse collapses. I want to hang out on the gazebo and let my business run itself, until a problem arises and I have to ride out and take down the bandit camp that is impacting my business. 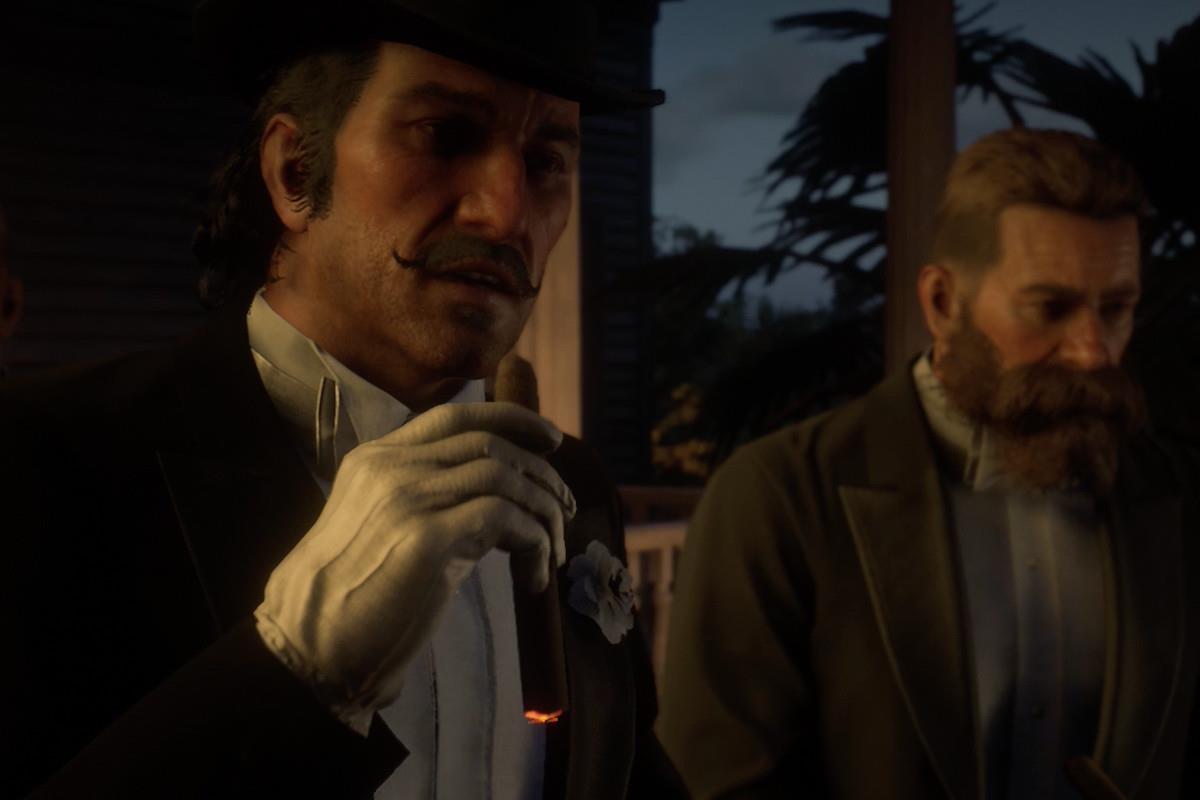 I want to be a robber baron, or a railroad magnate. I want to own a saloon that actually makes money. I want to hire the bartender, and the piano players, and the ladies that work upstairs. I want to stand at the bar, genteelly sipping whisky, while patrons start a rip-roaring fight around me. I want to say to the bartender, “Charles, please see these gentlemen to the watering trough outside.”

I want to own a bank, and allow other players to invest in my bank for interest. I want to run payroll deliveries on the trains, and hire a bunch of goons to defend those payments. I want to ride in a carriage with some rich ladies, and then surprise the fools that attempt to rob us for our jewelry and watches. I want to sip mint juleps on the gazebo while my banking efforts pay dividends and a ticker tape somewhere clicks merrily away because money is just flowing into my account.

I want to be a land baron, buying out little farmers’ properties, and then hiring them at absurdly low wages to work the land. I want to terrorize the locals with my band of ne’er-do-well bandits, gathering the terrified farmers all in a church in the middle of the night to cajole and threaten them into selling to me, maybe shooting the pastor to prove my point. I want to bring in my own pastor to take over, and preach to the people the value of obedience and hard work. I want to sip lemonade on the porch, while the locals come and petition me for better living conditions. I want to say things like "No, it's okay Mary, why don't you just take the children inside for a spell." 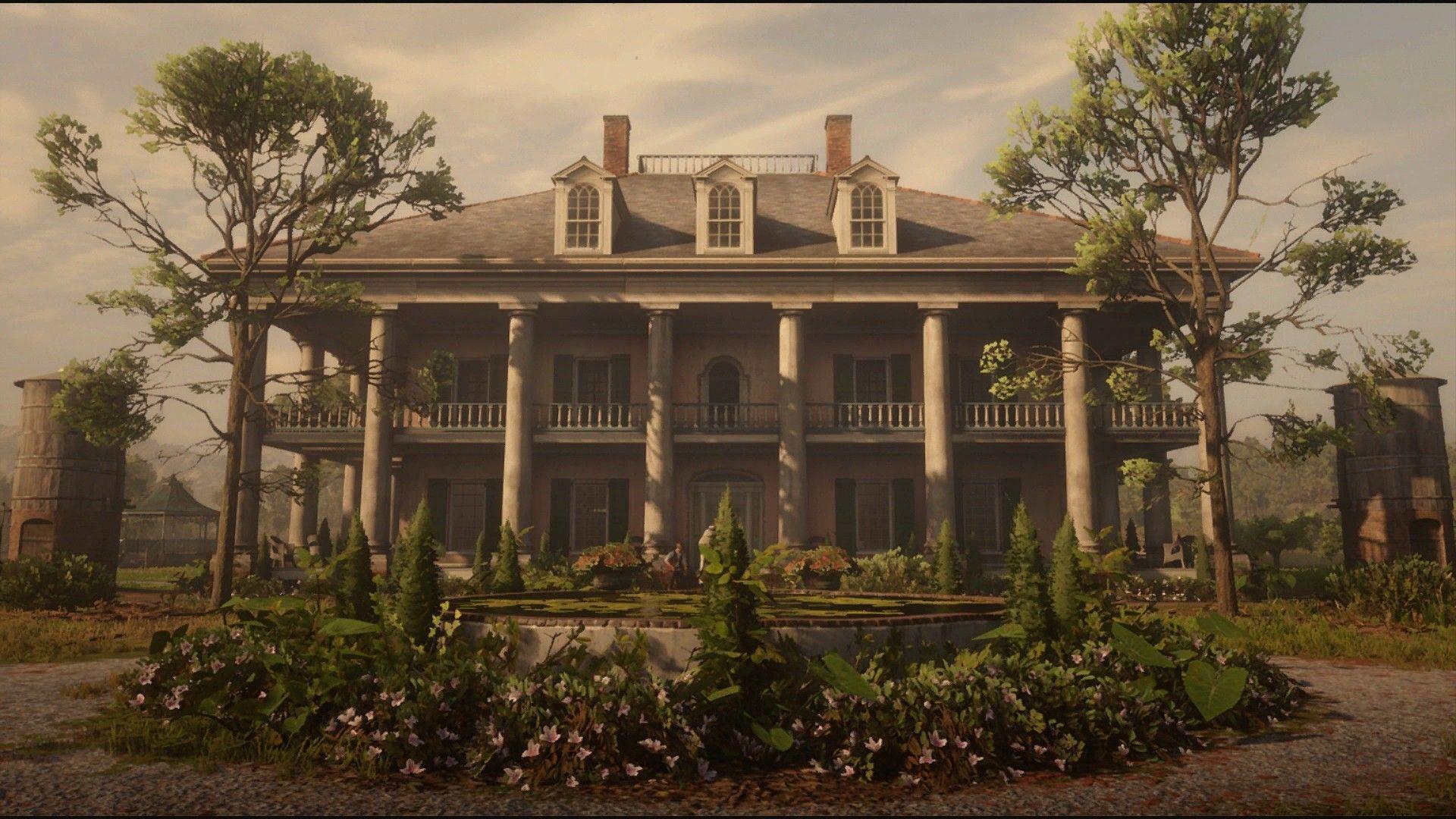 I want to send out rustlers to steal cattle from a nearby farm, and then slaughter them all and sell them all to a meat processing plant before they can be located. I want to hire a band of Pinkertons to protect my new railroad expansion. I want to farm alligators, and strut around town in red-tinted sunglasses and an outfit made completely of alligator skin, causing everyone to whisper when I walk by about how crazy I am.

I want to stand in the sheriff’s office sharing a drink, and receive an emergency telegram about how my sheep were stolen. I want smash my whiskey glass in my hand, and muscle the sheriff into sending his men out to murder the fools that dared take my property. I want to walk over to the saloon and eat a steak, waiting for them to report back that it has been handled. I want to grant them all a night in my hotel for a job well done.

I want to donate money so that the poor people of Van Horn can build a church in the God-forsaken swamp they call a town. I want to open a charity, which will provide clothing for the poor. I want to fund a soup kitchen for veterans and orphans. I want to steal the food to make the soup. 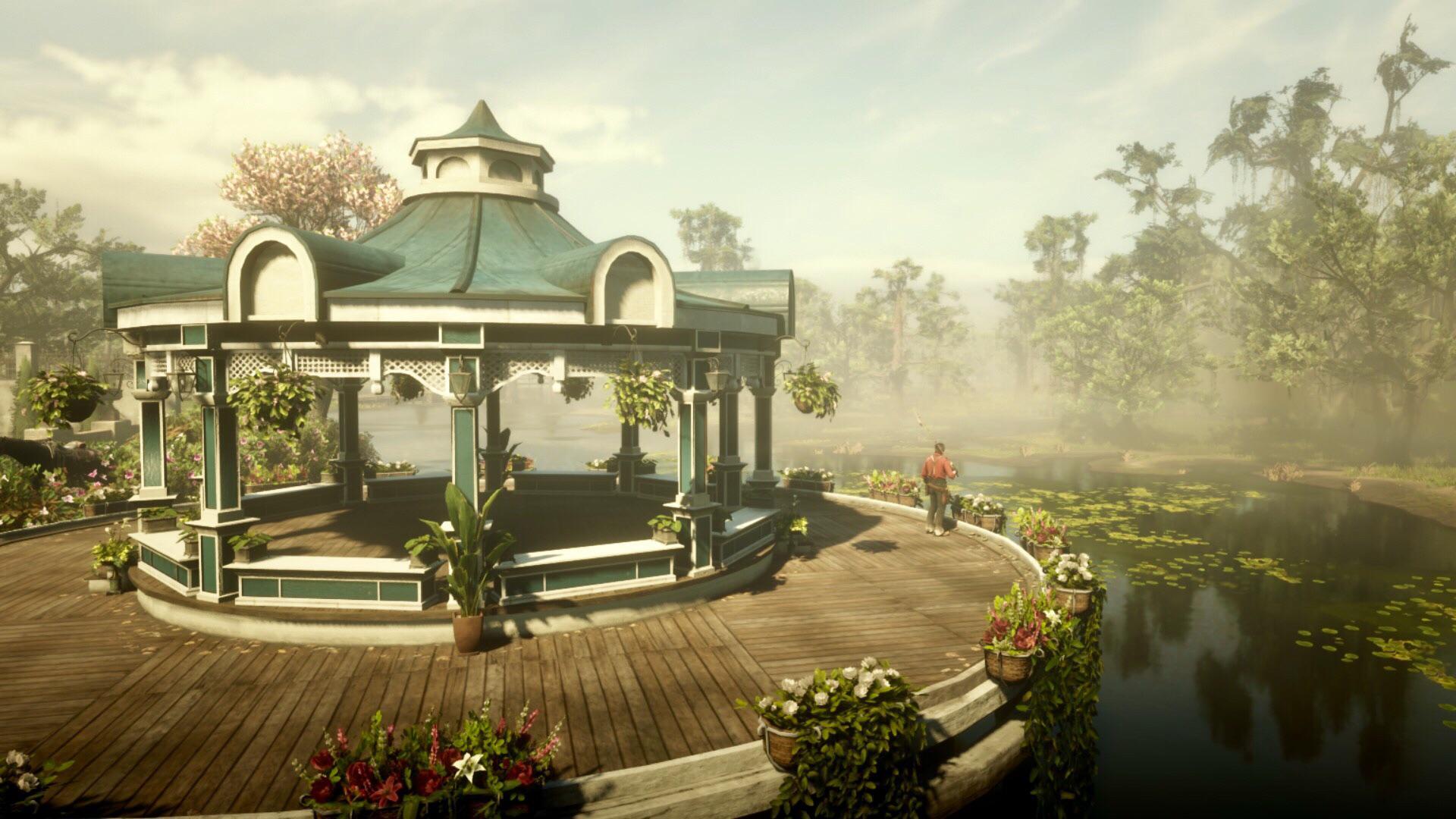 Red Dead Online is an incredible world, but it could be so much more. It could allow players to advance in ways that are as yet unheard of. It could establish a secondary level of careers, ones that would make the grind of hunting all these squirrels feel worthwhile. I want Red Dead to throw the doors open wide, and give me something greater to work for. I don’t want to be the Arthur in this world anymore, I want to be Dutch, but I want to be so much better at being Dutch than Dutch ever was. I want to do rich stuff, and I’m willing to hunt elks for months to earn that right.