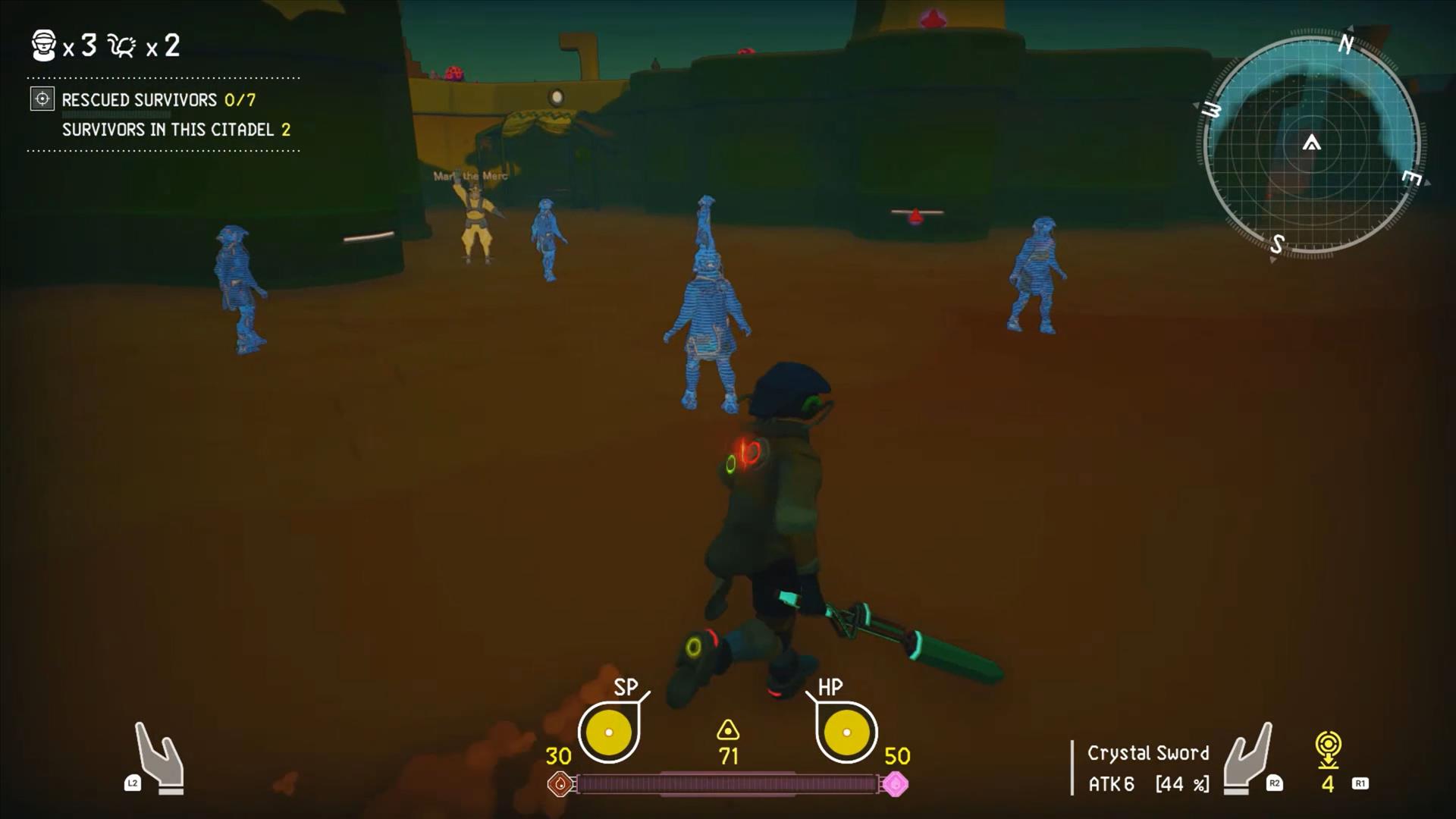 Gaming Nexus doesn't usually put something as simple as a "How To" video in one of these top spots on the site. These spots are normally reserved for stuff like reviews, interviews, and longer articles. But the State Share feature in PixelJunk Raiders is so unique and interesting that we felt that it deserved its own moment in the "hero spot" (as we like to call it).

The way PixelJunk Raiders implements Stadia State Share creates a new and unique dynamic in gaming. Sure, players can work together in things like MMORPGs. And half of the gaming community is busy building long houses and slaying trolls in Valheim right now. But what PixelJunk Raiders is doing is different than all of that.

PixelJunk Raiders is a procedurally generated game. That means that every level that you load into is unique – created entirely for you. This isn't new; procedurally generated games have been around for at least seven or eight years now. But what PixelJunk Raiders is doing is allowing players to save off a copy of that unique level and pass it to a friend, after adding traps and goodies to the level to help that friend out. And being in the cloud, it's all as simple as pressing the Screenshot button and sharing a link. And then that friend can add some stuff and save a link for another friend. And so on, and so on, and so on.

Think of it in much the same way that Death Stranding allowed players to stumble across ladders and bridges left behind by other players. But in the case of PixelJunk Raiders, the act of leaving help behind is much more deliberate and active, and the player is passing off the entire level – along with the mines and jump-pads they have installed.

PixelJunk Raiders is a tough game, and it gets exponentially harder as players move forward onto later levels. So hard, in fact, that the community might just reach a point where the only way to defeat certain levels is to crowdsource them – with an entire swath of players contributing asynchronously towards a solution, passing along State Share files ad infinitum. The implications for the potential for this feature are mind-boggling.

I didn't fiddle around with this video too much getting the sound to sync up. I just edited it down to give players the pure goods about how Stadia State Share in PixelJunk Raiders works. (And yes, I know that I refer to the Brians as "Brains" in the video. By the time I noticed, it was too late.) But here it is, in all of its unpolished glory. I hope that you find it helpful:

Oh, and if you want to jump into the level in this video to try it out (it's a very basic and easy level), or add some more stuff for someone else, click on this link.

Just remember to watch your back. Those Brians are unforgiving.