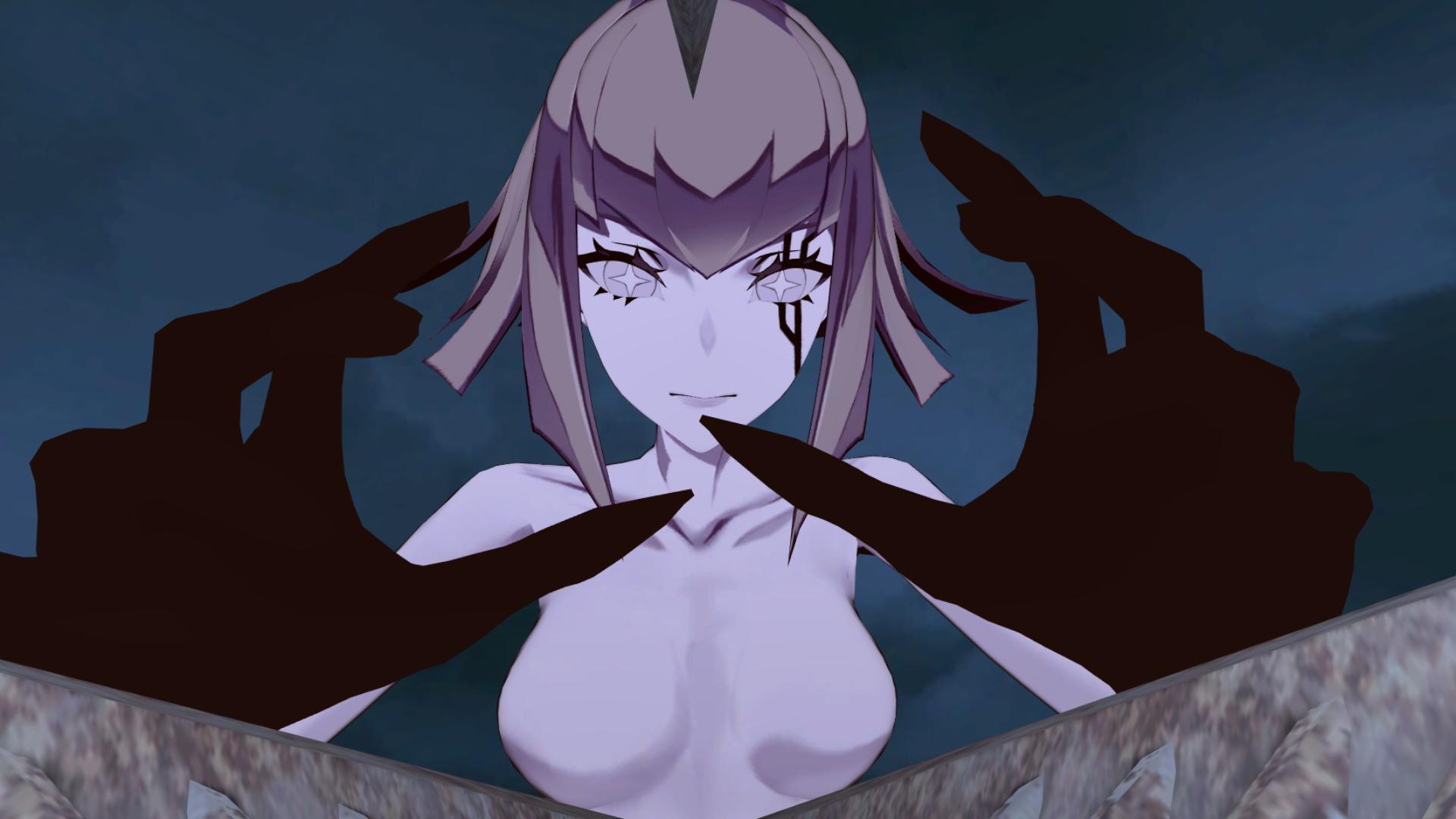 And now for something completely different.

There are many genres of video game that I have played in VR, some of which translate to the medium better than others. Platformers and RTS games, for example, are absolutely delightful. First Person Shooters – not so much. But I am always curious to see a developer take a crack at a new genre, whether it is one that I regularly engage with or not. That is why I was so excited to try MyDearest’s new game ALTDEUS: Beyond Chronos. 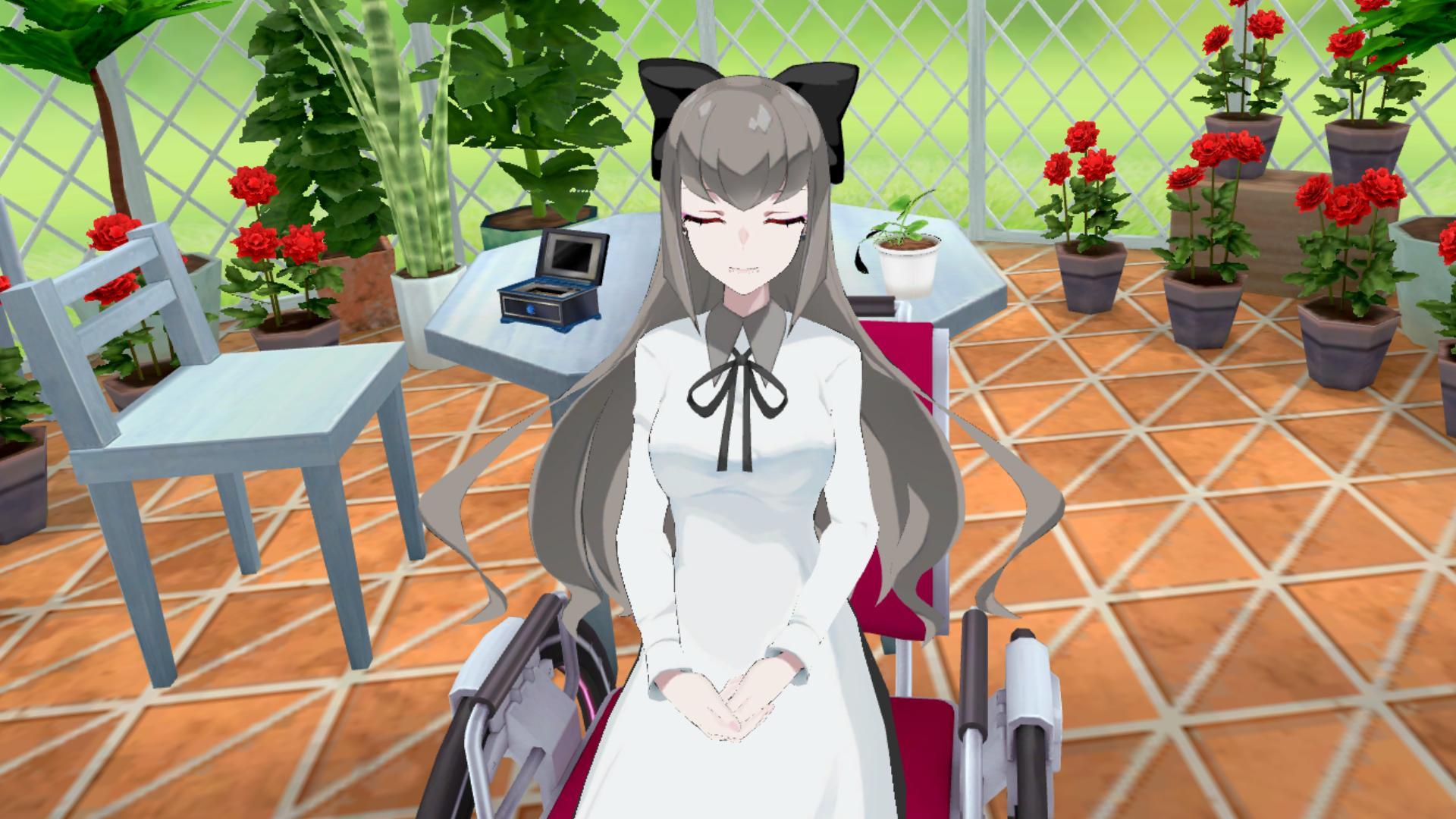 ALTDEUS: Beyond Chronos is a visual novel. If you haven’t experienced the genre, think of it as a slightly interactive anime film, or an RPG with all of the systems torn out, leaving only the cut scenes behind. Visual novels are all about setting, character, and story, with very little focus on things like combat or leveling. Although they are available on many platforms, most of the visual novels I’ve played have been on PlayStation Vita, which had me spending hours on end hovering over its five-inch screen, reading tiny text bubbles.

I was really interested to get into a visual novel in VR and gain the ability to actually look around environments in real time. Would ALDEUS actually place me in 3D anime worlds, and if it did, would it still be able to tell a cohesive and compelling story? Luckily, the answers to these questions are yes and yes. It turns out that VR is an amazing place for an experience like this to live, so long as players are able to put aside their expectations of interactivity and get on the proper experiential wavelength. 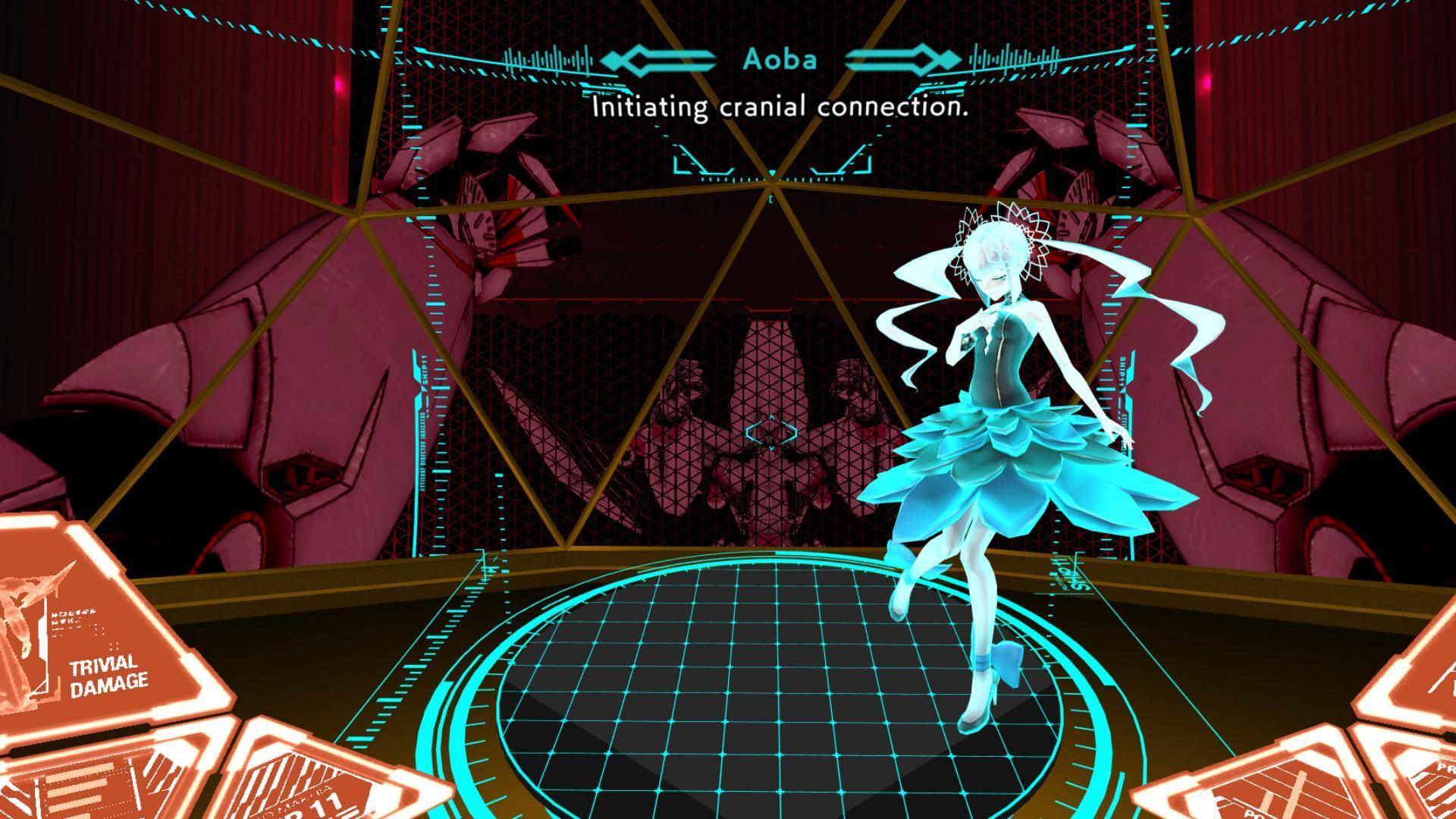 ALTDEUS: Beyond Chronos has players seeing through the eyes of Chloe, a manufactured human living in the city of Makhia in the 24th century. Makhia is one of the last mainstays of humanity, which has been under siege by Meteoras, Kaiju-like monsters that enjoy attacking earthlings and gobbling them up.

The surface of the planet has been completely destroyed, scorched clean by Meteora attacks. The last remaining humans have retreated to Makhia, a settlement that actually exists far beneath Earth’s surface. At first glance, the city is a gleaming metropolis, full of light and signs, like a glittering underground Time’s Square. But it quickly becomes clear that every inhabitant is wearing an implanted VR rig, and the beauty of the city is simply an illusion created to keep its inhabitants content with their underground lifestyle. With all of the artifice stripped away, Makhia is dull, brown, and bleak – much like one would expect an underground city to be. In one scene, Chloe gradually strips the glitter and glamor away from the city to reveal its mudhut-lack-of-splendor, and the effect is quite striking. 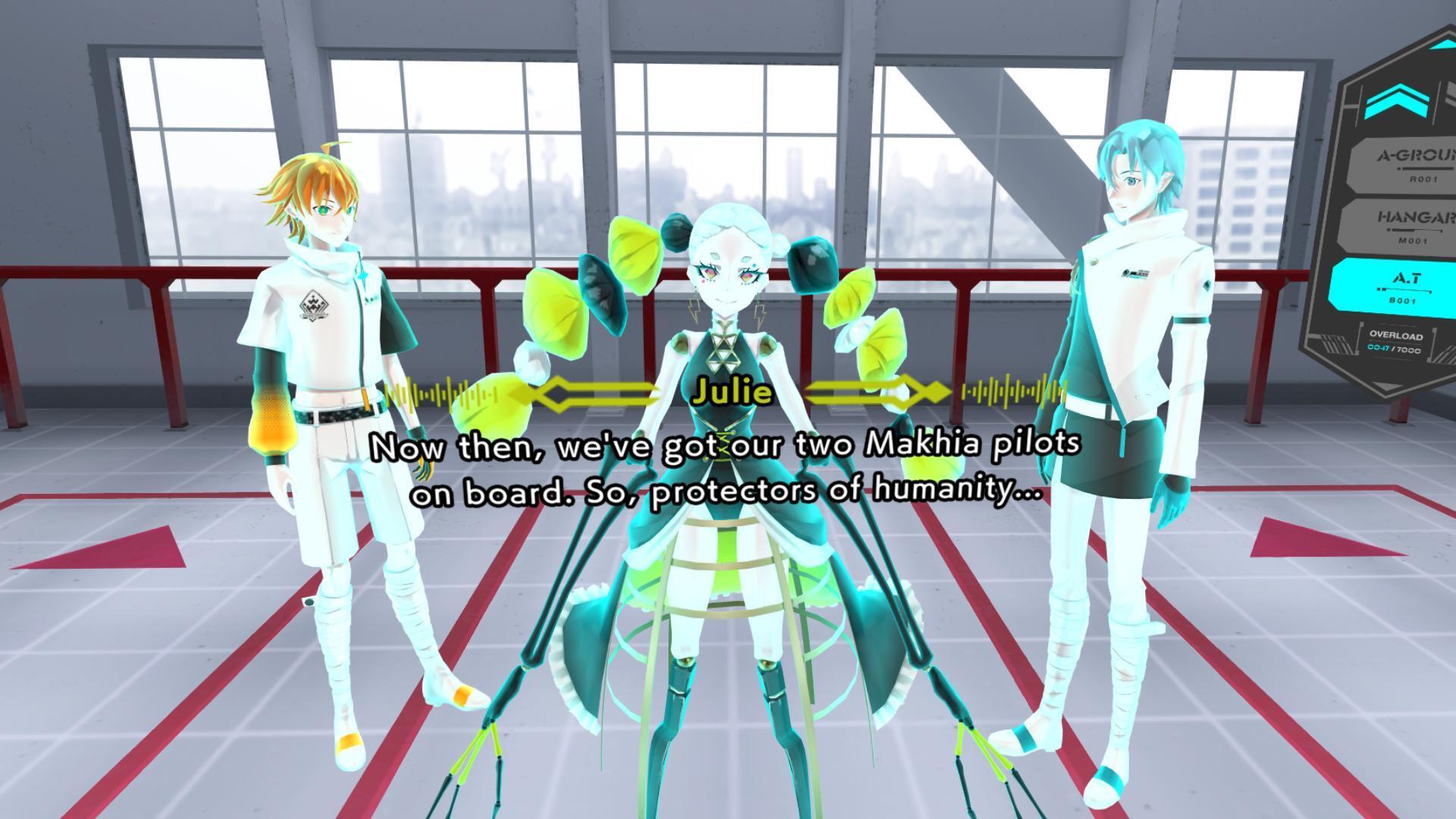 Chloe doesn’t live the life of a typical civilian in Makhia. She is actually a member of Prometheus, the organization responsible for fighting off Meteora with giant mechs. Chloe is a mech pilot, and she and her team work together to counter frequent attacks from Meteora. Think Pacific Rim, but with a far more anime bent.

Chloe’s position as pilot puts her in conflict with the team leader, Professor Julie, a cyborg with some wild looking robotic limbs (it’s actually a pretty cool character design). Julie is convinced that the team needs to capture Meteoras in order to study them. Chloe, however, just wants to kill them as quickly and efficiently as possible. Chloe used to be a caretaker for a young woman named Coco, who was chomped by a Meteora, putting Chloe in the Meteora-slaughtering-revenge business. 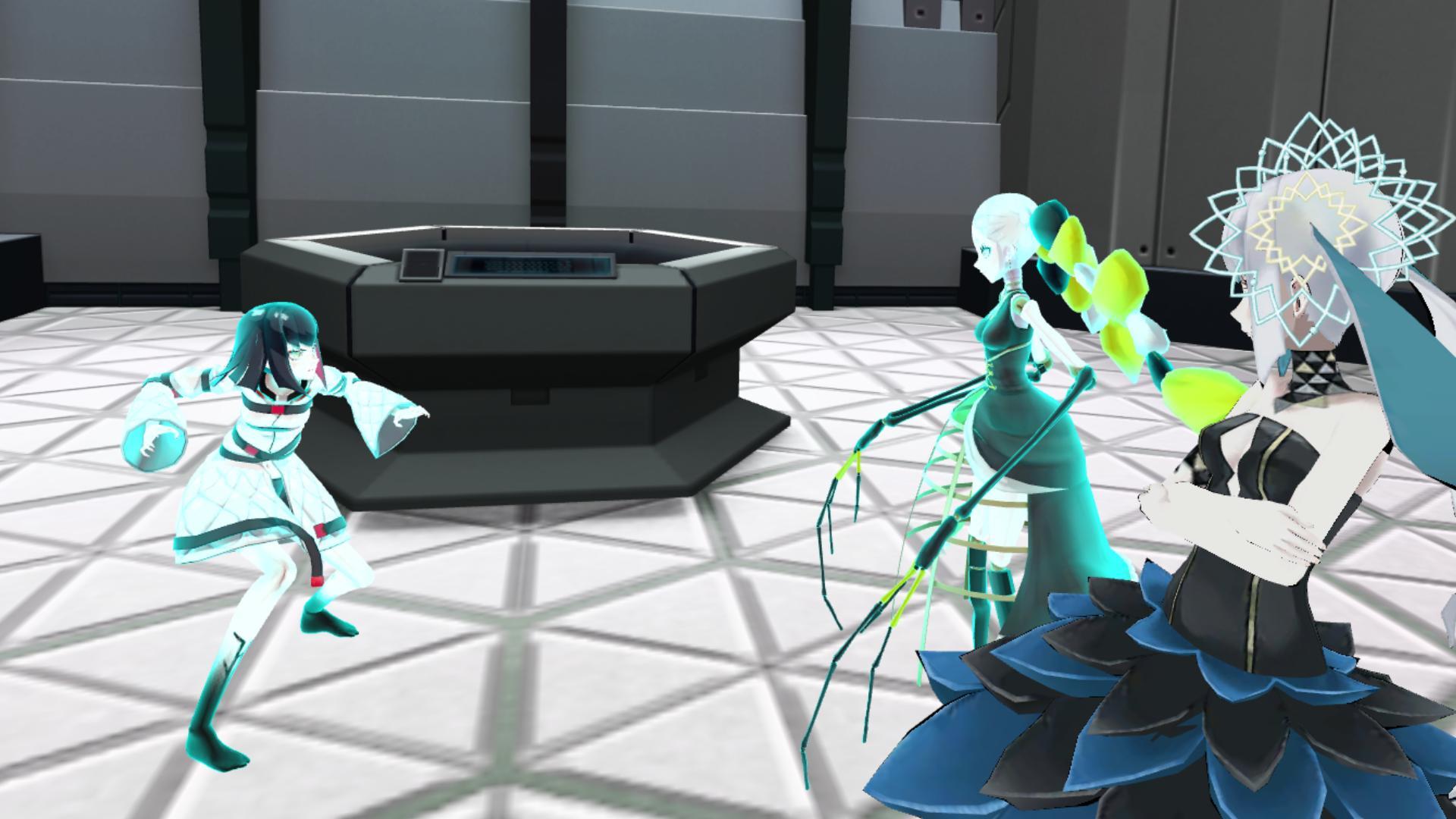 The rest of the limited cast in ALDEUS is a bit of a mixed bag. The best character in the game is probably Noa – the AI character that oversees coordinating the team while on the battlefield. As an AI, Noa is capable of being in more than one place at a time, which allows her a second career as a pop singer in addition to being a combat coordinator. It’s anime, just go with it. Noa has a bit of a “TNG-Data” syndrome; she just wants to be human, and is constantly looking for new behaviors that will help her in her goal. This leads to an interesting character arc, as becoming more human would make her much less effective in her duties.

I don’t want to give too much of the story away beyond the basic setup, because story is what this game is all about. ALTDEUS: Beyond Chronos is all about living and breathing in this world as a story unfolds around you. Anime fans will absolutely adore it; other gamers might feel bewildered at the game’s lack of action and its leisurely pace. ALDEUS often places players in an environment, and then asks them to search around for object to scan and then…read about. It is a visual novel, after all. 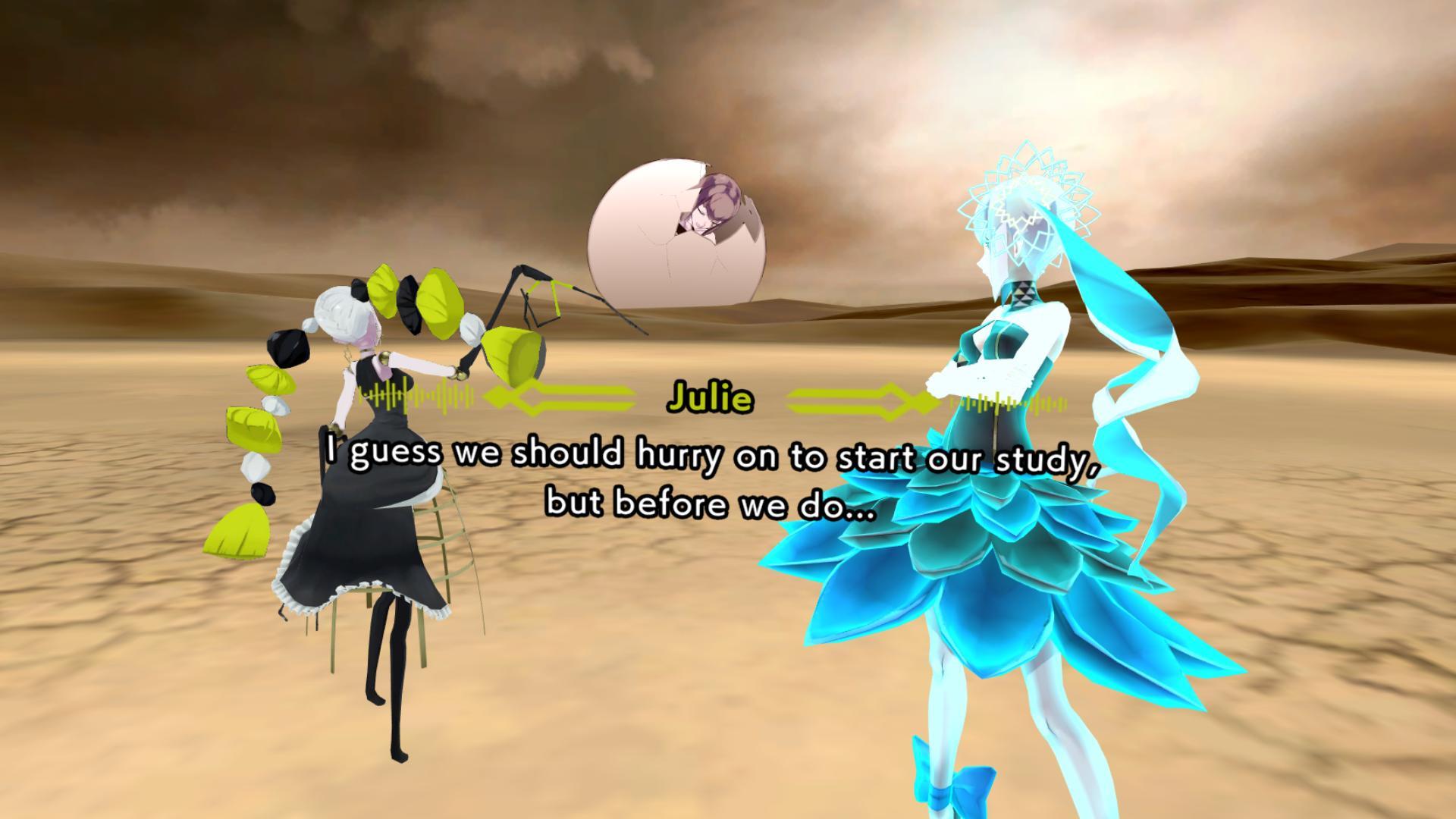 That said, the world itself is rather lovely, drawn in clean lines with bright colors. Animation is very minimal, playing out more like a 3D slideshow than actual animation. But again, its all about getting on ALDEUS’ wavelength and deciding to groove along with it. Even the big battle scenes feel remarkably low stakes. Chloe gets into the mech, and for a moment it is fun to see the robot’s giant arms move along with your motions. But then you realize that the entire thing is scripted, and you simply have to follow a few prompts to successfully get through the scene. There is a distance between the player and the action, and though the scenes are “interactive”, in reality you aren’t doing much more than pressing a button when told to.

All of the real action in ALTDEUS comes from making choices. Gameplay basically comes down to “click on a bunch of stuff, then make a decision”, but in practice it is much more interesting than that sounds.  Interestingly, the game has worked that system into the narrative fabric of its universe. Each character is equipped with a “Libra”, a decision-making AI that is supposed to help guide them in their day-to-day life. When Chloe is faced with a decision point, her Libra fires up and gives her a suggestion as to what action will be most effective. Then its up to the player to decide whether to go along with the Libra like a sheep, or ignore it in favor of free will. Sure, its just a fancy way of executing a branching narrative, but the way that the mechanic is implemented feels organic and neat. 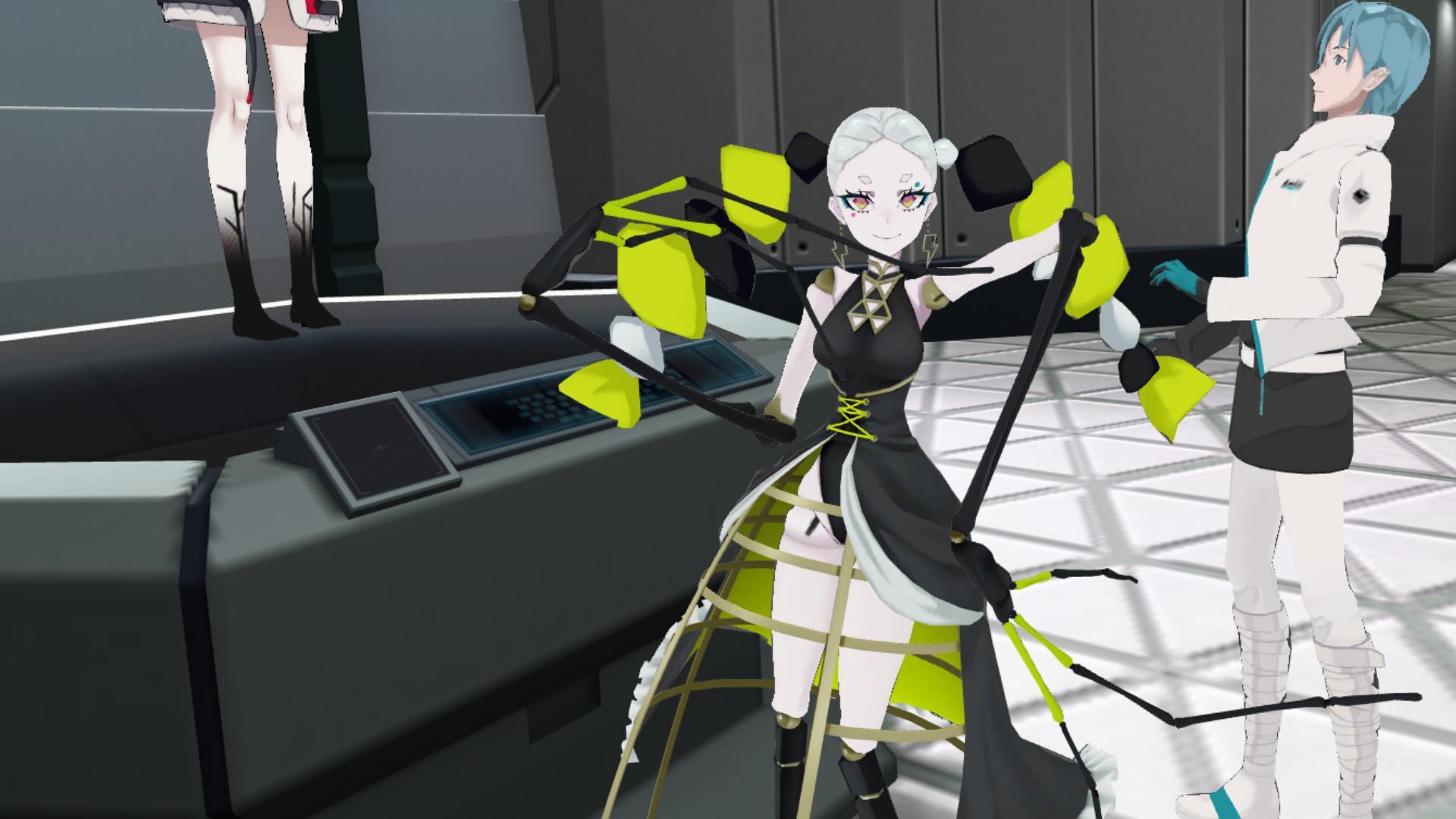 Of course, sometimes the need to click through every conversation option or object examination slows the game down. This is a long game (in VR terms), especially as repeated playthroughs are required to see every perspective on the story – things change in repeated playthroughs, kind of like Nier: Automata. Indeed, for a VR game, ALTDEUS: Beyond Chronos has a lot of meat on its bones.

I played ALTDEUS on the Quest 2, but it is releasing this week on Steam VR, which will make it accessible across most of the VR spectrum. For anime fans that don’t have a VR rig, this is probably a system seller. For other folks looking for a longer, somewhat relaxing immersive experience, you could do far worse than ALTDEUS: Beyond Chronos. Just be prepared to downshift into a lower gear than you might be used to. Think of ALTDEUS as a living 3D choose-your-own-adventure graphic novel rather than an action-packed video game, and you’ll be in the right mindset to enjoy this one.

ALTDEUS: Beyond Chronos places players smack dab in the middle of a living anime story, with all of the cool world-building and unique characters implied by that statement. Players used to a lot of action in their games will have to adjust to the slower pace of this plot-driven experience, but will quickly discover that it yields its own unique rewards.