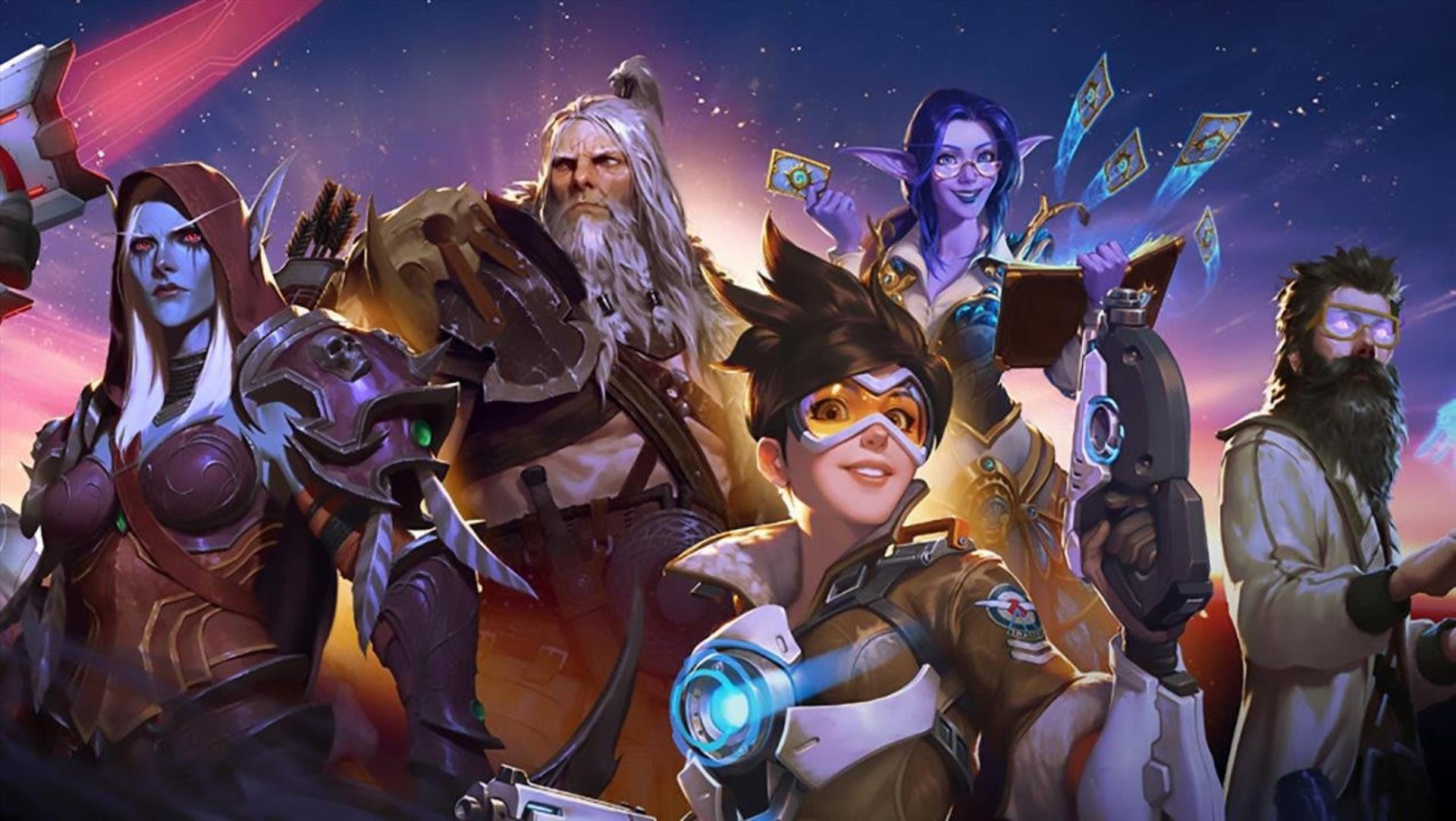 We Look Back on 30 Years of Blizzard

Today, Monday, February 8, is the 30th anniversary of Blizzard Entertainment. Fun Fact: Blizzard was founded in 1991 as Silicon & Synapse, but people were confusing silicon, used in making computer chips, with silicone, used in making breast implants. So, uh, they changed it to Chaos Studios in '93. Then had to change it to Ogre Studios. Then—fourth time's the charm—they settled on Blizzard Entertainment in '94. Whew. But that's why Blizzard is celebrating 30 years, even if the name Blizzard is technically only 27. It was owned and operated by the same three dudes throughout those transitions.

Blizzard has gone on to make several industry-standard video games since then. Our collective experiences with those games, here among the Gaming Nexus staff, are all over the place. That's okay. We aren't creating a Blizzard wiki page. We're just sharing some of our experiences over the past three decades or so. On that note: Happy Birthday, Blizzard. Keep making them, and we'll keep buying them. 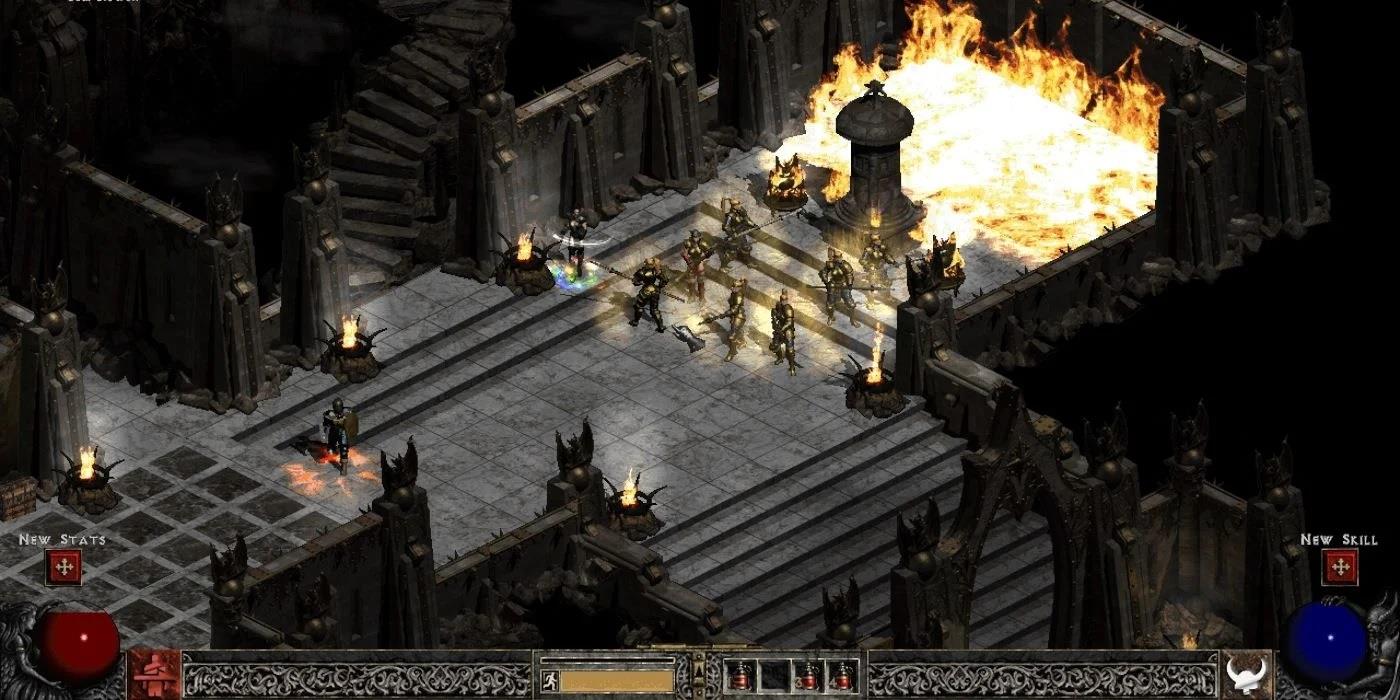 My first memorable experience with Blizzard was when I first tried out Diablo II while in college. At that time I hadn't done much with PC gaming as I was mainly a console gamer, nor had I done much with RPGs save for a couple on the Super NES. It was also my first experience with RPGs where you had to allocate stat points and choose skills on a skill tree, so it was kind of a new experience for me. It didn't take long for me to become hooked...until I kind of screwed up with my Necromancer and, well, they say there's no wrong way to play those kinds of games? Oh trust me, I found the wrong way by trying to put a point into every single skill. Needless to say, I put the game aside for a bit, came back to it after a while, started fresh with a Sorcerer, carefully planned out my skill points and what tree I wanted to work on, and from there it became one of my favorite games of all time. Then a friend got me to try StarCraft. I am pretty terrible at RTS games so I stuck with Diablo. 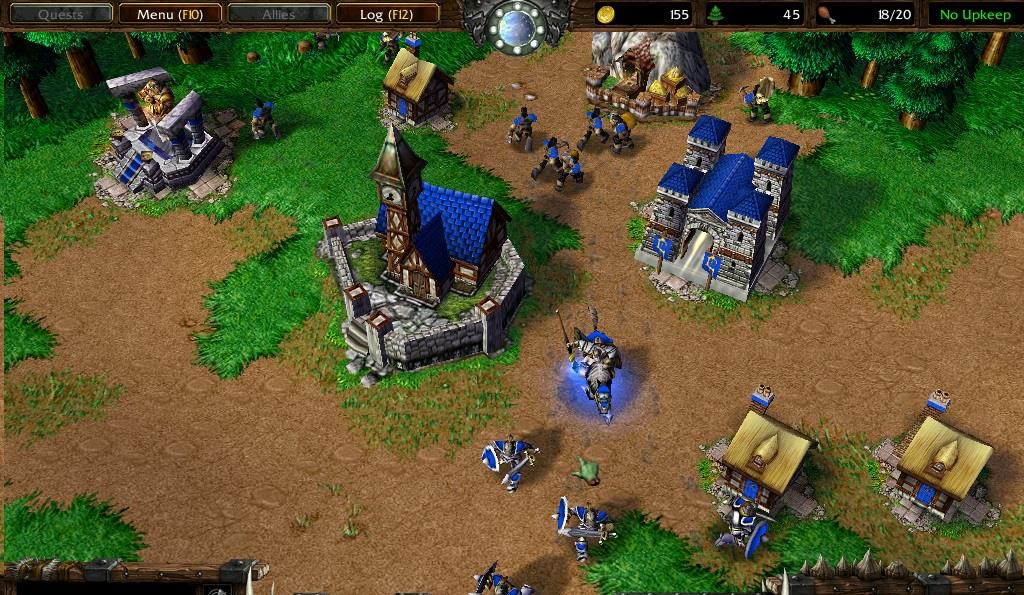 My first experience with Blizzard was Warcraft III, on a friend's PC. Having played a lot of Age of Empires until that point, it blew my tiny little mind that you could use the mouse wheel to change the angle of your perspective. I think I spent an entire evening playing with that feature. Warcraft III was also a great game. And that's the last time I legit liked anything Blizzard did. 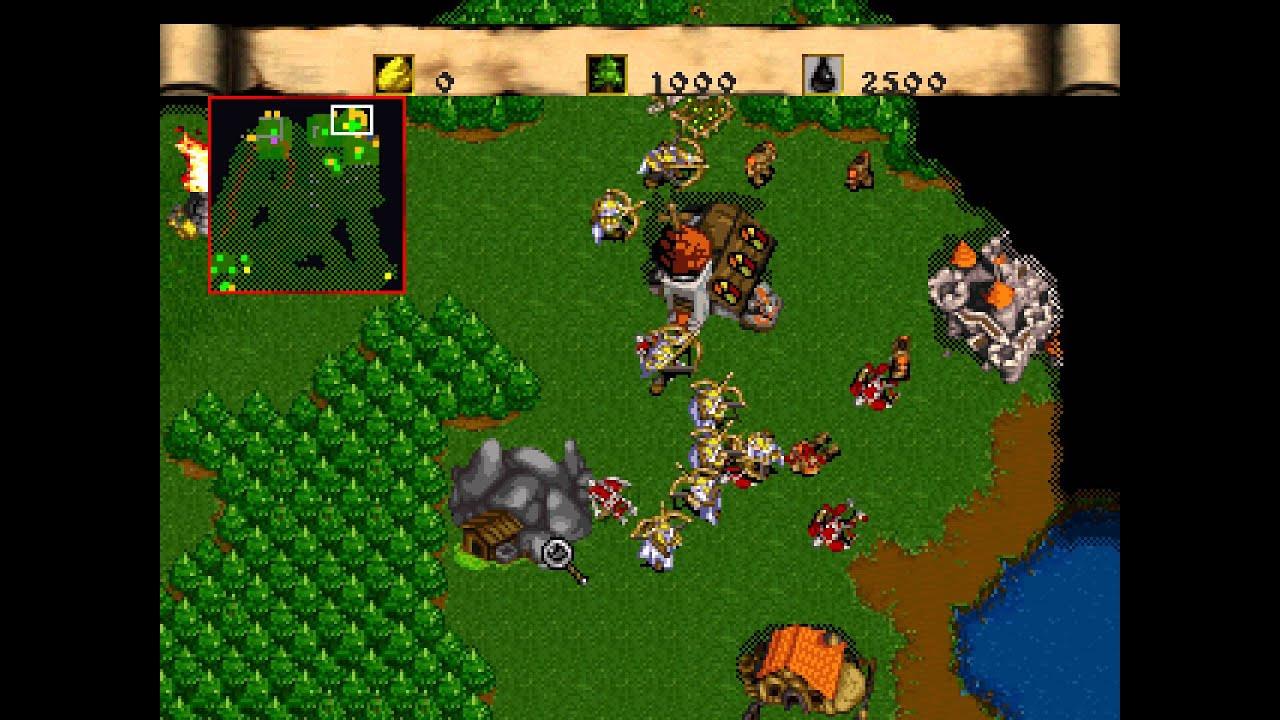 My first experience with Blizzard was with a copy of Warcraft II: The Dark Saga on PSOne that I snagged from work for five bucks (which is funny, because I just looked it up and saw it selling for $700 on eBay). The first real RTS I ever played, I obsessed over Warcraft II, setting aside all other aspects of my life until I had beaten the entire campaign. This took quite a while, because as the game got more complex, it slowed waaaay down on the PSOne, sometimes taking up to five minutes for the CPU to take its turn. Didn't matter at all to me, I absolutely loved it. I've spent my fair share of time with other Blizzard games, of course, including my Burning Crusade-era plunge into WoW, and a day one purchase of Overwatch. I've Diablo III'd and StarCraft 2'd. But Warcraft II will always hold the place of honor as my all time favorite. 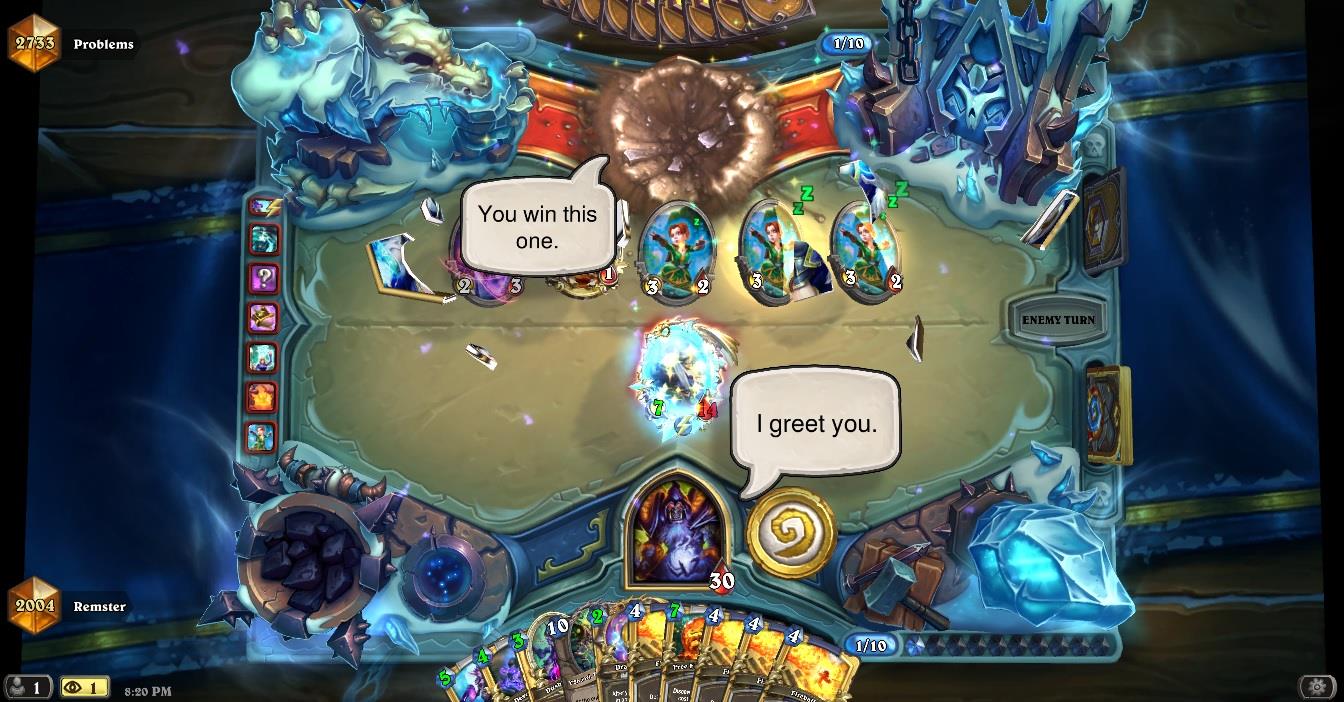 Loaned a buddy of mine Warcraft: Orcs & Humans. We were teenagers but it was his first video game. Didn't see him again for three months. Would've tried Diablo but my Catholic upbringing wouldn't let me past the game box. Scary red devil! So, it wasn't until World of Warcraft, some 10 years after OG Warcraft, before I reacquainted myself with Blizzard. At the time, it was insanity watching the sticker on the box going up by the millions every month. Five million subscribers! Ten million subscribers! I used up my "free" 30 days by playing the intro levels of each faction and then bouncing before I got into any more trouble with my first credit card. Then I had a sad but sweet time with Hearthstone. My job up n' moved to Los Angeles, and I said no thank you to following the job there. Hearthstone was my first and only card battler, on my laptop in the library, lying about applying for another three or four jobs each week to keep collecting unemployment, and then never touching Hearthstone again once I managed to exit that depressive state. Good times, Blizzard! Happy Birthday. 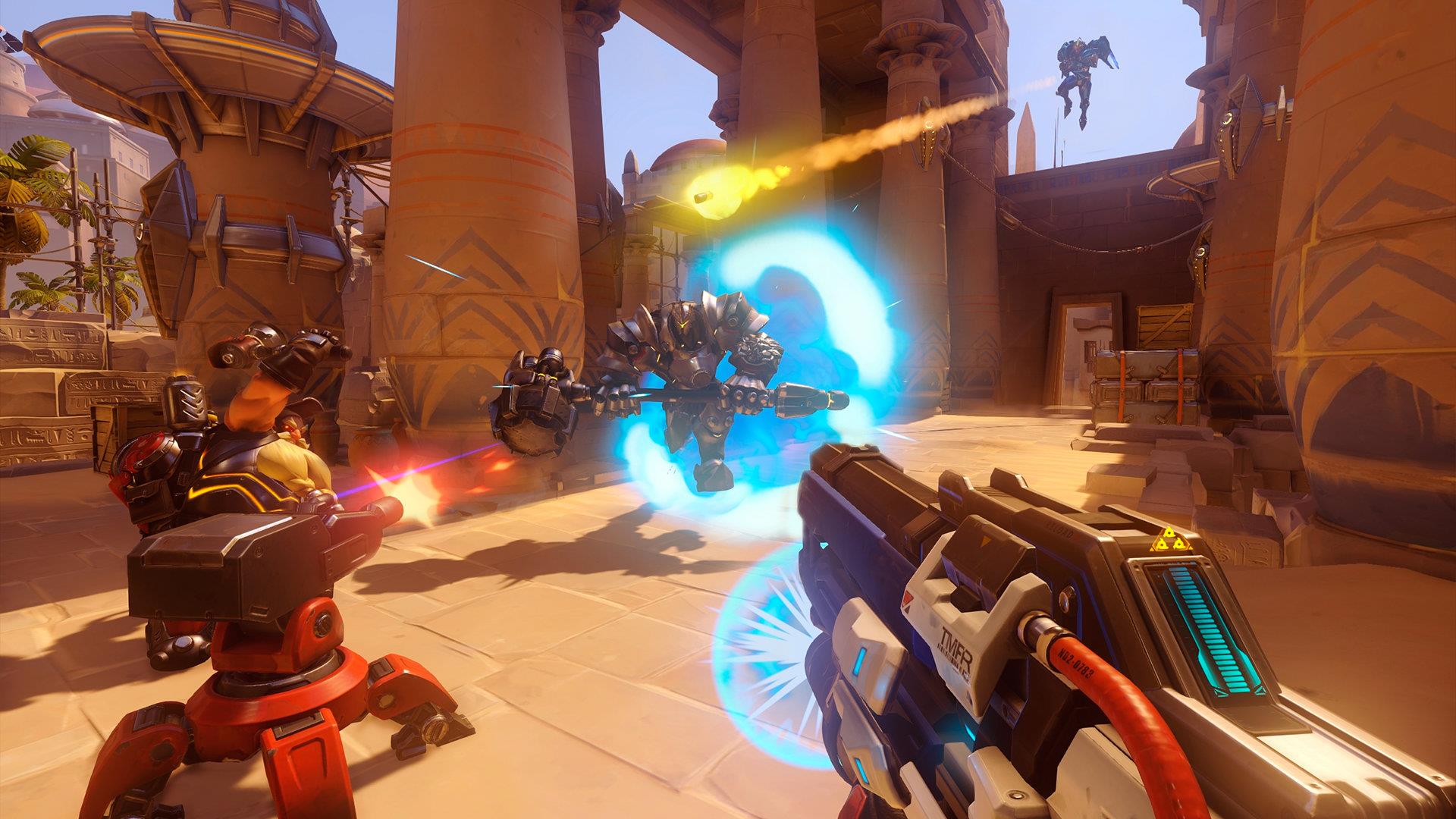 My experience with Blizzard was a very short stint with World of Warcraft. Six months at the most. When the Switch came out, I thought I was going to get into Diablo III, but never pulled the trigger. I bought Overwatch a year after release, immediately sold it, bought it again for $20, and haven't turned back since. More so, Overwatch is the only FPS I have actually enjoyed since Goldeneye, so when Overwatch 2 eventually releases in 2022, I will hand them my wallet. Besides, if not for Blizzard, we wouldn't have Leroy Jenkins. 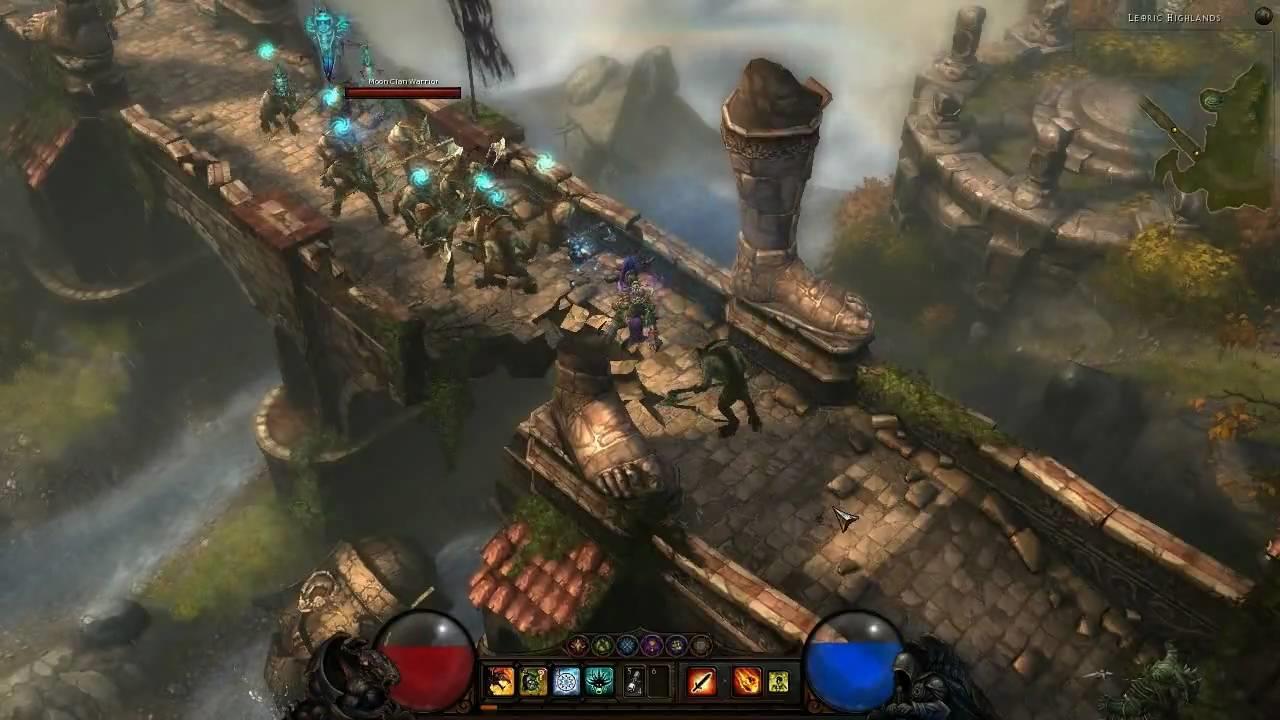 Diablo III engulfed my life for a long, long time. While I played a lot on its initial release, I played it nonstop once the expansion pack came out. Trying to finish Rifts at a quick time, hunting for those elusive drops, partying up with complete strangers to just kill monsters, Diablo III really was a big part of my gaming life seven years ago. Warcraft 1 and 2 were staples in our LAN gaming sessions while I was in college, while StarCraft 1 and 2 also scratched that RTS itch as well. I've never delved into World of Warcraft, but the rest were some of the most fun I've had gaming with friends.