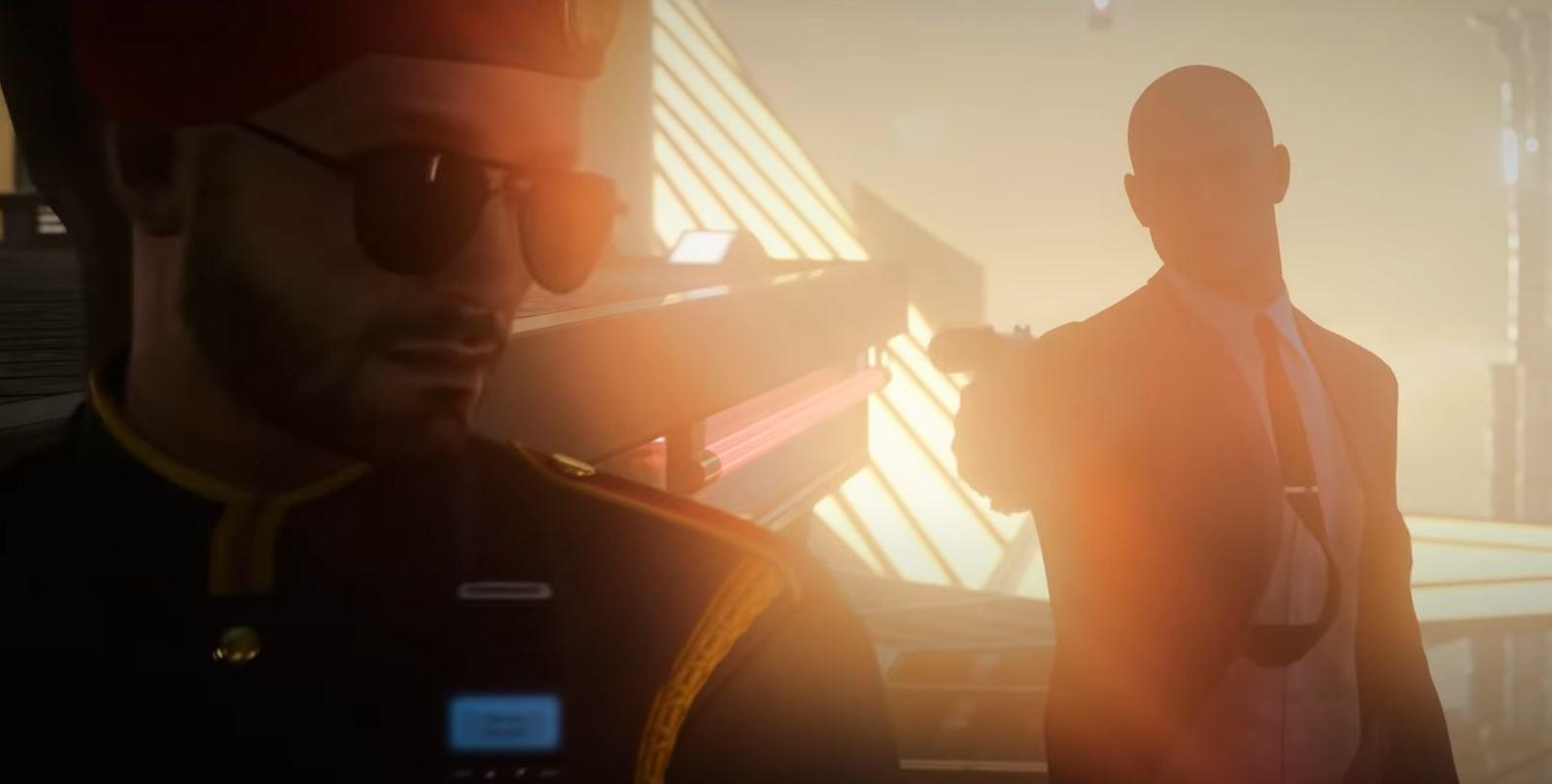 I cannot begin to imagine the staggering amount of work that goes into the creation of a Hitman level. In many ways, any of the stages in the new Hitman trilogy could be thought of as sprawling stages for digital interactive theater, ornate and well-rehearsed plays performed on the most imaginative and complicated sets imaginable. Or perhaps a Hitman level is the world's most complex private puppet show, with thousands of scripted marionettes performing for an audience of one.

Executing just one of these levels must take a stunning amount of labor and planning. Someone (probably many people) must come up with the idea for the level’s setting. A team with architectural experience will have to design the actual buildings, corridors, and outdoor spaces with enough realism that they could actually be constructed in real life – everything must fit together and coalesce, or the illusion will be lost. Artists and designers will have to fill the spaces with objects and furnishings, rendered to scale and in the finest detail. 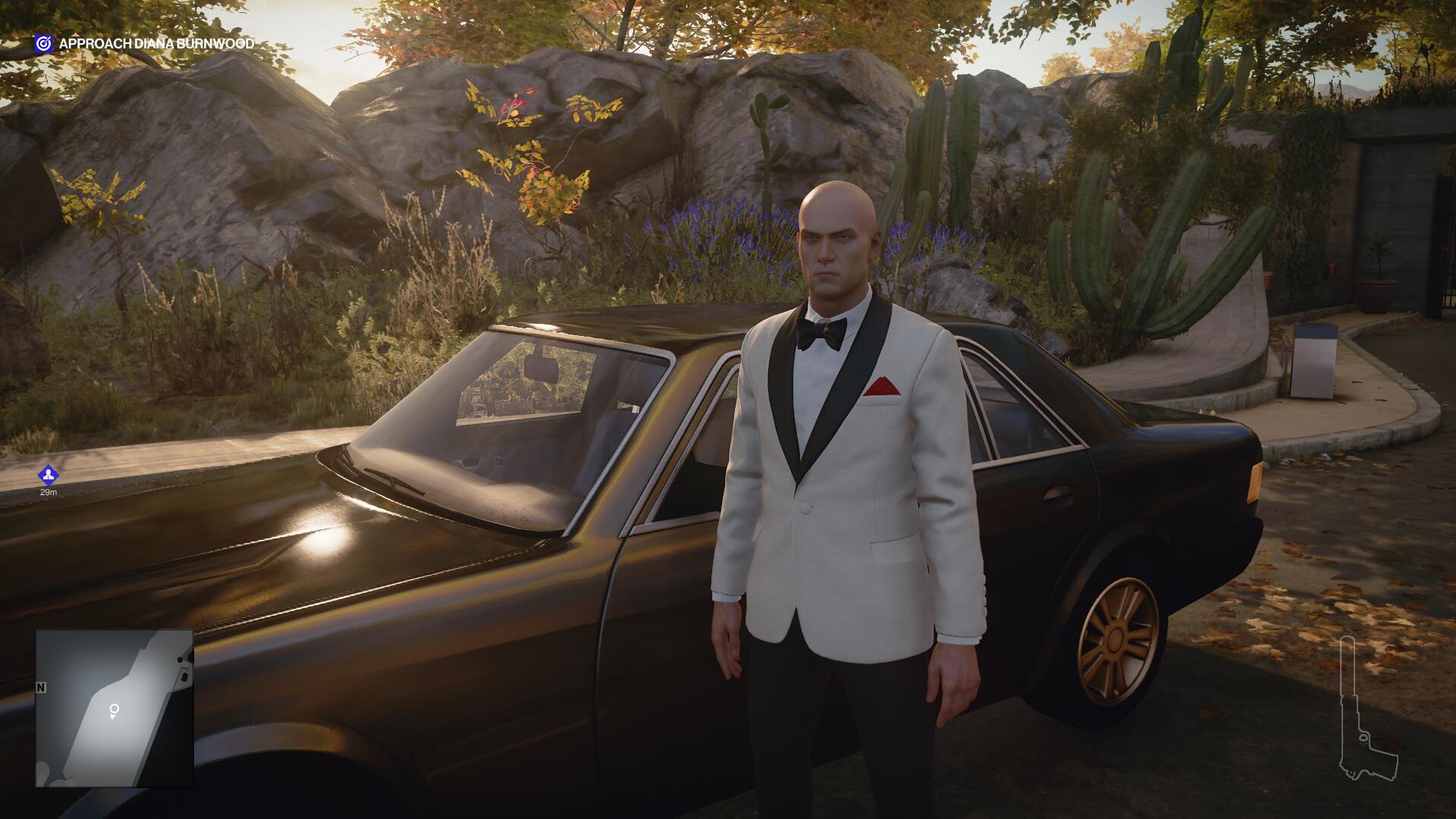 This is the exact outfit I wore to a gala in the French Riviera last year. Just sayin'.

Then someone has to create all of the character models to occupy these spaces, seemingly all completely unique, or at least distinctive enough that I’ve never spotted two that look the same. Teams of writers and animators have to give the level’s inhabitants behaviors. Why are they there, and what are they doing? How do they interact with each other? What paths do they take? What are their motivations? How will they react when they see someone in enter into a space they should not occupy?

Someone has to write the script for every scenario a player can stumble across, and all of those lines of dialogue need to be recorded by voice actors. Music must be written and recorded. Every bit of contextual chatter must be considered for the way it fits into the overall scenario.

And on top of all of that planning and structure, the actual gameplay must be overlaid – the objects Agent 47 can pick up, the doors that he can and cannot enter, the various “keys” that he needs to progress through a level. Add in the various planned, more obvious ways that a player could beat a level, and the preparation needed to anticipate the outliers that come up with crazed scenarios that most players would never consider. The developers have to compensate for every possible permutation and outcome, and have the entire game shift and absorb whatever whack-a-doodle plan that a player might come up with. It’s all a little mind-boggling.

Until the release of Hitman 3, I was dead wrong in my assessment of the Hitman franchise. I’ve always thought of it more as a slow-paced action game; a sort of sneaking stealth experience with Agent 47 moving from target to target, killing hundreds of people on his path to fulfill his contracts. But the truth is so much more delicious. Hitman games are actually about not killing people, or at least keeping the carnage to an absolute minimum. A perfect run through a Hitman level would see Agent 47 slipping into - and back out of - a location, never detected, leaving nothing but a few well-concealed bodies behind. At his best, Agent 47 is a ghost, and players have to resolve hundreds of crisis moments in order to keep him that way.

What disguise does Agent 47 need to get through a door? Where can you get one safely? How do you draw two people apart from each other when you only need to knock out one? Where can you hide? When should you reveal yourself? How much risk is too much? The entire experience of playing Hitman is a waterfall of interesting choices, and the game continuously dangles even more enticing options in front of the player to dare them into stretching beyond their normal patterns. Why electrocute your target with spilled water on the floor when you can potentially trick them into a freezer and lock it behind them? Is it possible to push someone into a barbecue pit without anyone seeing you? Should you make a big show of choking someone out with an apricot, or simply push someone off a balcony and walk away? 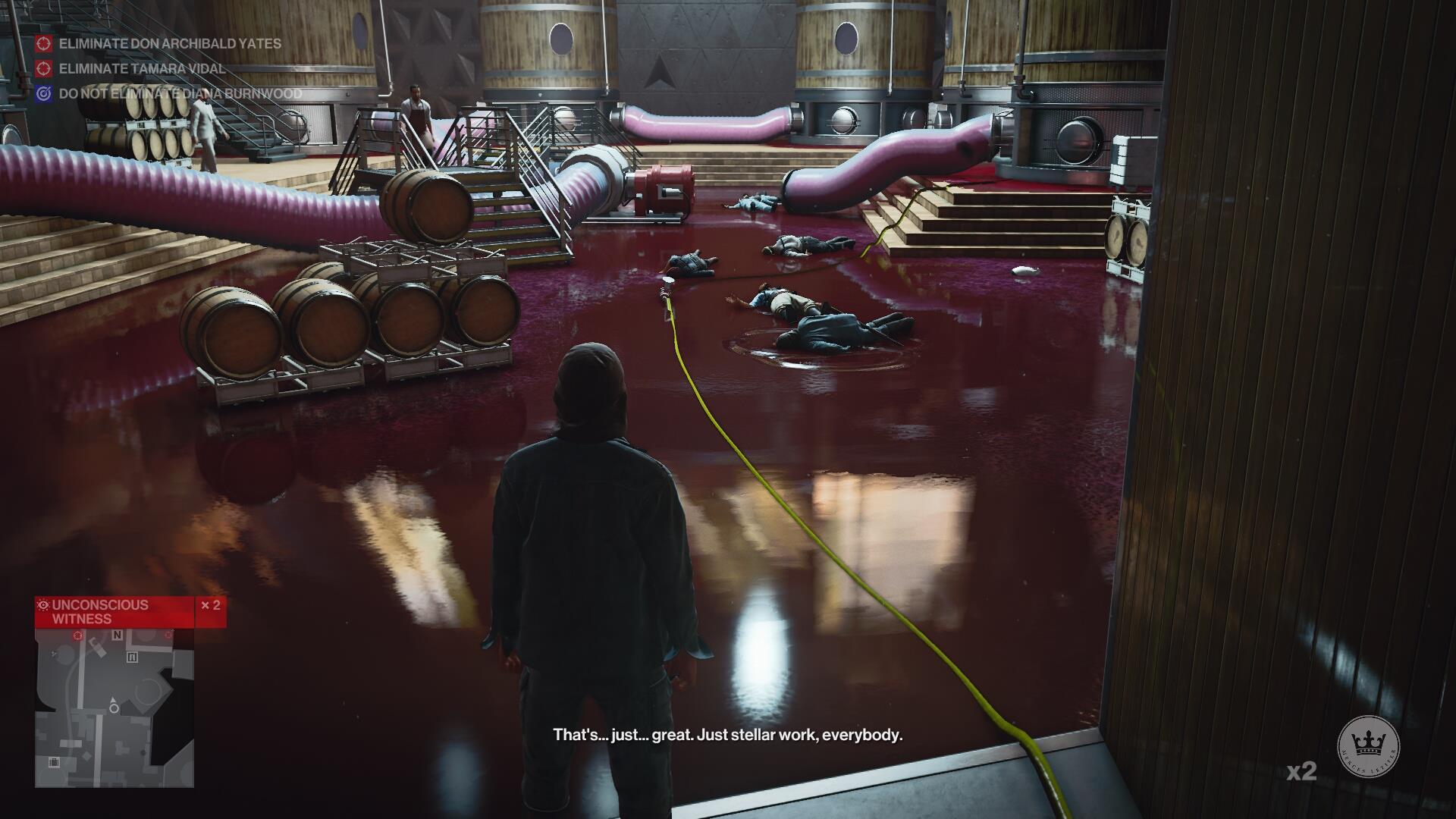 Ummm...looks like I'm not getting that "No extraneous kills" bonus.

Hitman 3’s levels tend to start quietly, and can remain quiet for their entirety if you play well enough. After brief cutscenes to move the story forward (which, due to my newness with the franchise, took me a few missions to catch on to), Agent 47 is dropped into one of these amazing environments. He has a number of tools at his disposal, depending on the loadout players choose. I tended to take in a few coins for distracting chumps and a silenced pistol, but after a few runs through a level Hitman starts unlocking more interesting options. New to this installment is Agent 47’s camera, which he can use to gather information and hack through certain doors and vents.

47 must make his way through the labyrinthine environments, sliding right up to people, listening to conversations, and collecting data about how he can gain access to his targets. Hitman 3 absolutely encourages players to take multiple runs at levels, with repetition helping players learn more about the intricacies of a level’s machinations.

For example, I wrote in my article about Stadia’s State Share technology about the second level, Dartmoor Manor, and its optional murder mystery. I now know exactly how to solve that mystery, gain access to the file I need, and kill the target in less than 10 minutes - after taking hours wandering the level the first time, only to come up empty-handed. But, of course, 10 minutes is a long time when it comes to placement on the Hitman leaderboards, with the very best players able to resolve some of these missions in less than two. And my given solution is only one way to beat the level. There are probably 50 more ways still to be discovered. These levels are deep, and uncovering the various ways to beat them, and then executing on your plan, is where the fun lies. 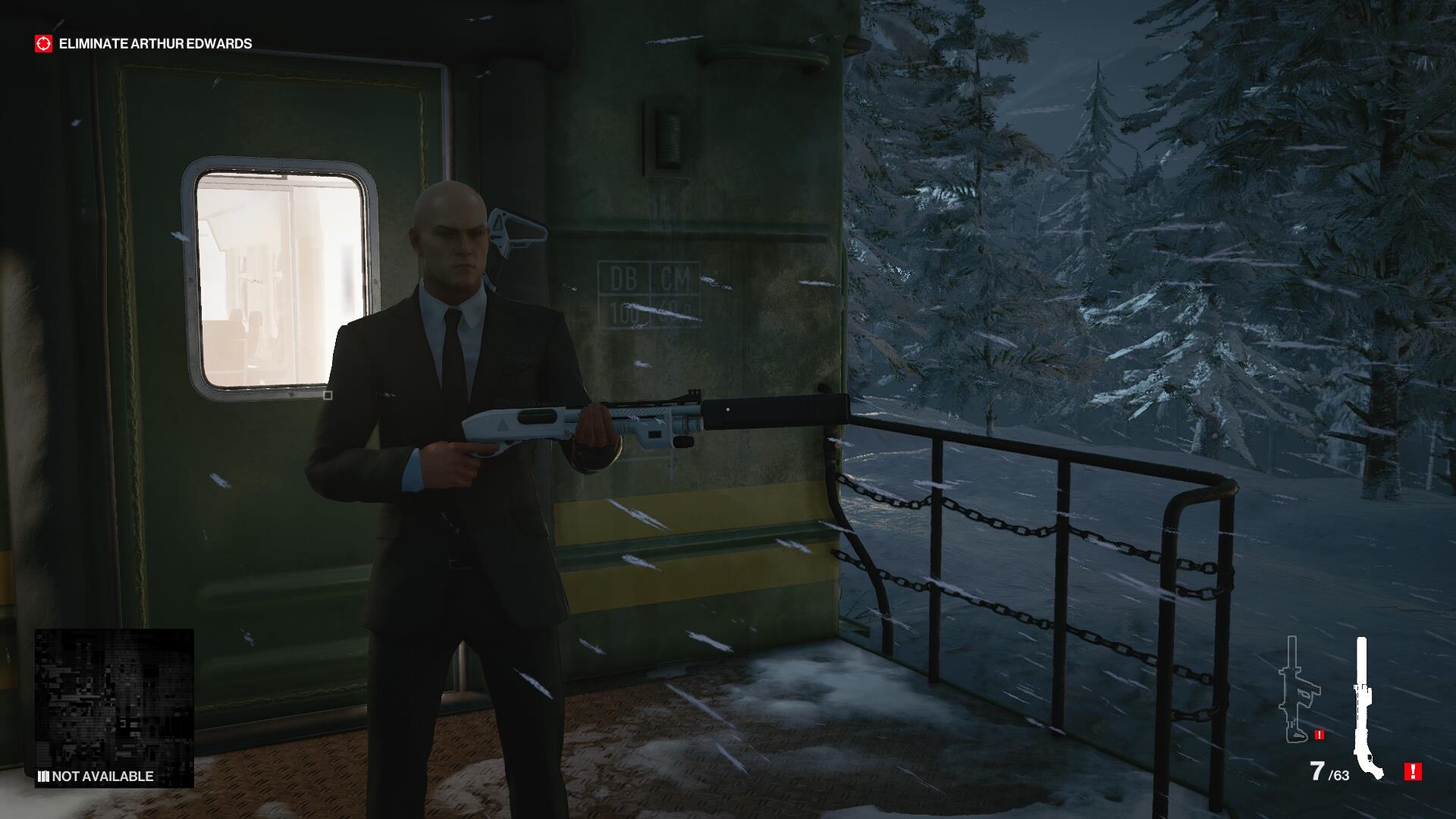 I would say that it's about to get real, but the realness has been happening for quite a while.

The levels in Hitman 3 are so wildly varied that I am loath to reveal much more about them than I already have. These are incredibly dense and varied environments, leaving the player to wander to uncover their secrets, and discovering what the game has in store for players next is part of the fun. There is a ton of verticality in some of the levels, with Agent 47 moving up and down floors of multiple level constructs, with the primary barrier to advancement sometimes being, “How can I get to that staircase?”

And at one point in the game, Hitman 3 takes off the shackles and allows Agent 47 to become the unbridled killing machine that you always knew he was. After hours of careful constraint, being able to use Hitman’s mechanics to unleash hell on a stream of hapless chumps is an amazing feeling. But then, this game is full of incredible moments, from the ridiculously good environmental dialogue to the surprises that the intricate levels kept revealing.

Yes, I enjoyed the wanton slaughter of bad guys. And I got a particularly dark kick out of squishing a baddie in a grape press. But I also enjoyed hanging out near a couple of ladies at a party and learning that one of them was a talent agent, and the other was a member of a famous musical act - newly gone solo, and questioning her life decisions. This lovely little character moment was tucked off to the side of a level, with the two women chatting together in a crowd. Agent 47 could have easily brushed past them, only hearing a snippet of their conversation as he breezed by. But I stood and listened to the little drama play out, realizing that it was placed into the game for my amusement – and it might lead to a bit of info that could help me complete my mission. 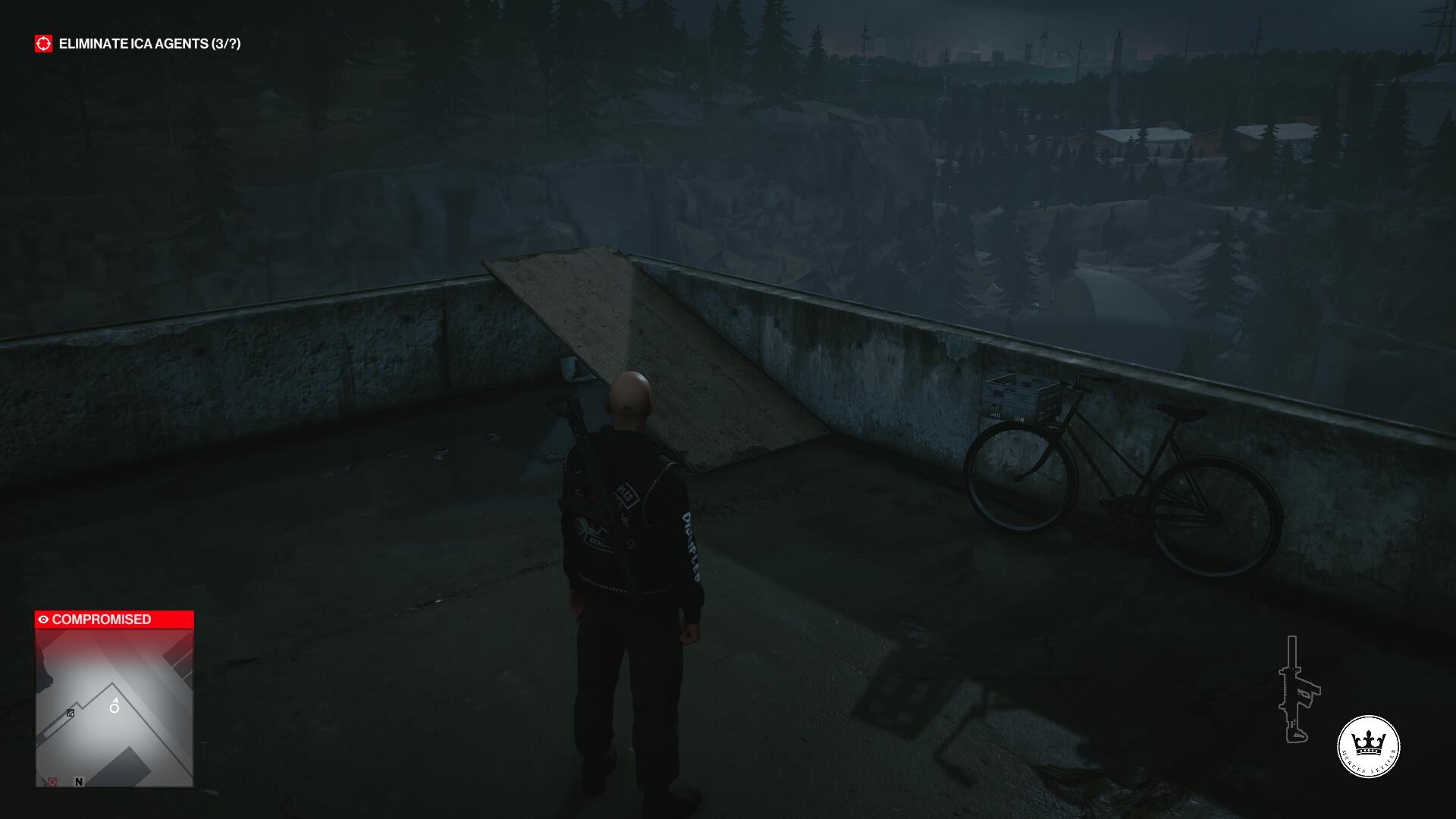 Should I? Can I? Would it be productive in any way?

The Hitman series looks and plays amazingly well on Stadia. With a major release like this, you can pretty much play on any platform you like; there is even a cloud version being released for Nintendo Switch. Of course, VR fans will want to play on PlayStation platforms in order to take advantage of that very cool feature. But it turned out that I have the entire “World of Assasination” franchise sitting in my Stadia account with all of the accompanying expansions, so it was a no-brainer for me to play Hitman 3 on Google’s streaming platform. And of course, the State Share system just adds a bit of icing on an already very delicious cake.

After years of sleeping on Hitman games, I finally get it. I understand why this series is so lauded, and why a certain subset of gamers anxiously await the next release with such rabid anticipation. When I gave the game a shot, I learned that what I thought was Call of Duty turned out to be Masterpiece Theater.

If you have ever wondered about Hitman games, or if you have that one friend that keeps shrieking, “You just gotta try Hitman!” I would strongly recommend giving Hitman 3 a shot. Or go back and fire up one of the earlier entries that may be sitting in your backlog, and I guarantee that you won’t stop until you’ve played through this new entry. The talent and craftsmanship on display in this game are just too great. There is, indeed, a reason why so many people love Hitman, and I am now quite pleased to count myself among their number.

Hitman 3 is a stunningly intricate work of video game art. As a franchise neophyte, I was delighted by the amazing world building and level design. While I expected a gangbusters action game, Hitman 3's more deliberate pacing has converted me into a series fan. Beautiful, sophisticated, and a mountain of fun, Hitman 3 is a revelation.