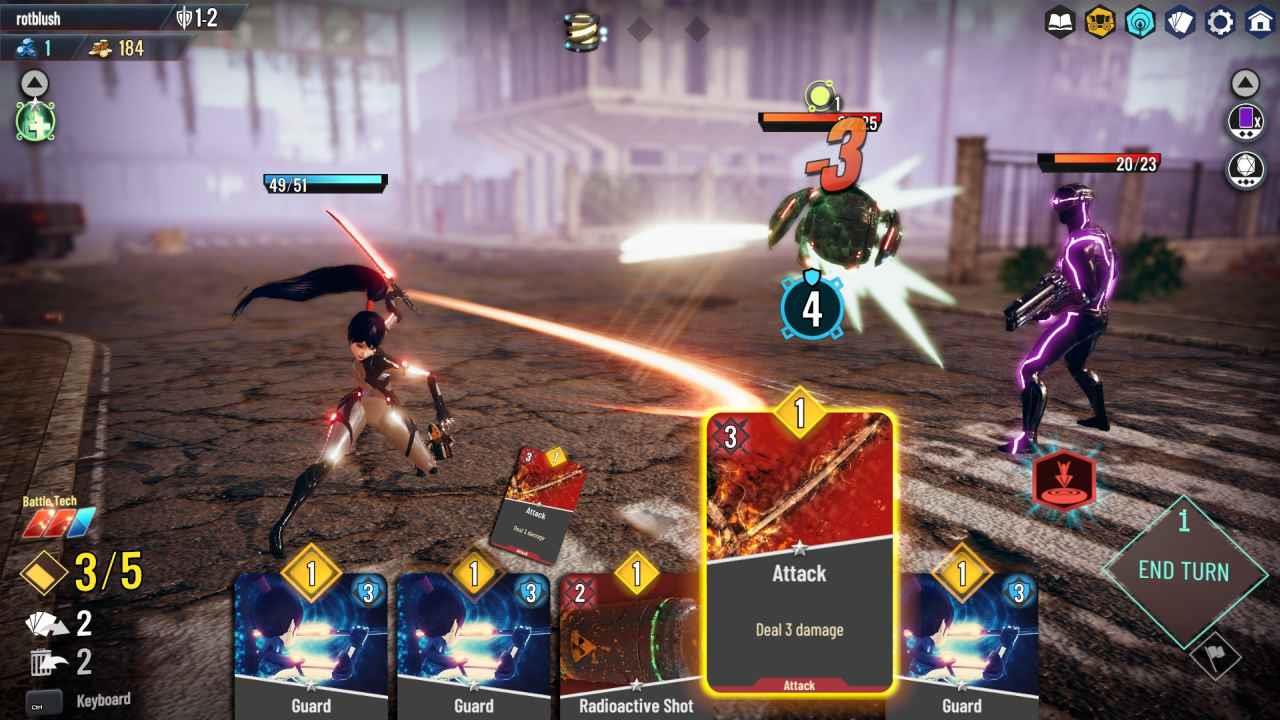 I’m a sucker for a good card game. I can disappear for hours into a game, collecting new cards and figuring out how they fit into my deck, randomly stumbling across devastating card combos. I’ve never been a big online competitive guy, so the wave of single-player card games that have come into favor after the success of Slay the Spire have been a godsend for me. Playing by myself, I get a total charge out of beating wave after wave of enemies, running the board with a few carefully constructed plays, setting up potential combinations and then bathing in dopamine when everything comes together, and I blast a pile of fools into oblivion.

I was surprised to discover that I’ve actually had a copy of Neoverse sitting in my Steam library for God knows how long. It probably came as part of a Humble Bundle sometime in the last 12 months, included due to the game’s overwhelming popularity with PC gamers. It seems that version after version of Neoverse have been creeping onto the market over the last several weeks, but it wasn’t until the game arrived on Nintendo Switch that it really captured my attention. Switch’s handheld nature makes it the perfect place to relax with a couple of hands before bed, making it my ideal system for card games. 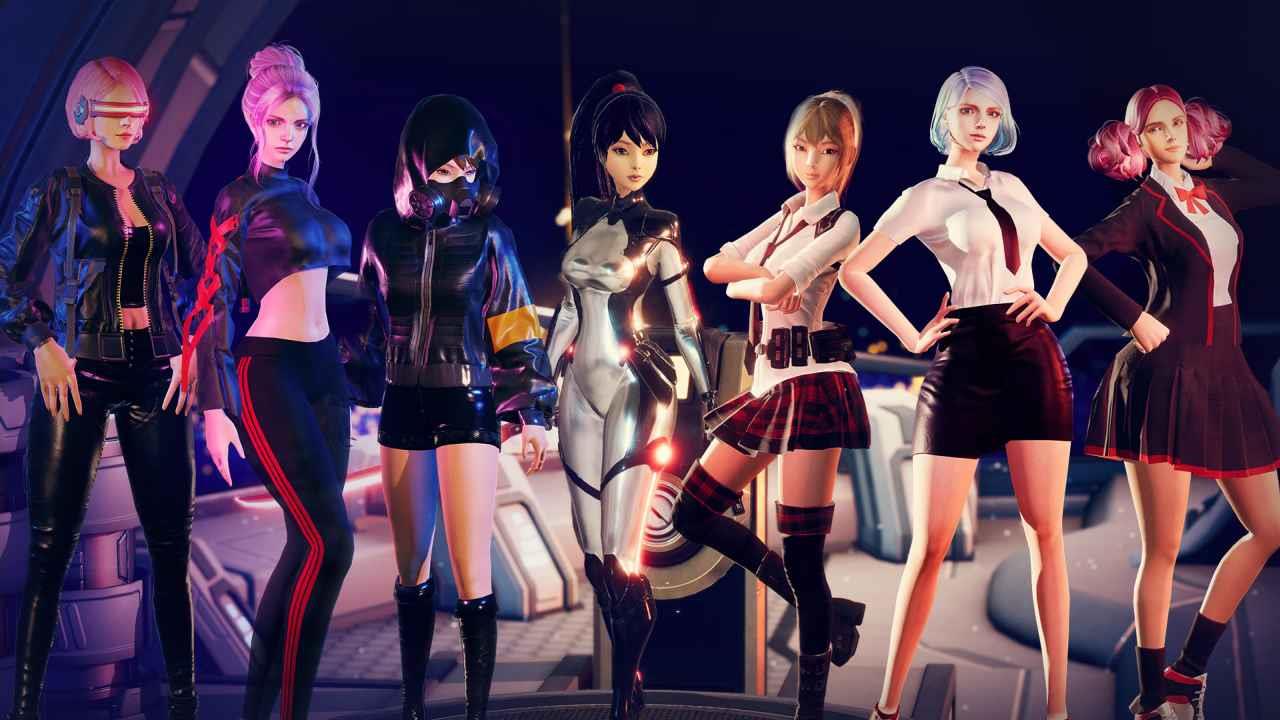 Despite some fairly fancy trailers, Neoverse isn’t long on lore – beyond an opening video sequence, there is pretty much no story to speak of, so we can dispense with the usual recap. Something about some ladies jumping into some portals and beating up evil robots and aliens, I guess. Realistically, the lack of a story doesn’t matter in the slightest. There are bad guys, and you beat them up. What more do you need?

Neoverse also does very little to try to bring new players into the fold. There are a million little card conditions and status effects, and all of them are buried in tiny-font tooltips that had me breaking out the bifocals. Indeed, I must admit that I docked my Switch for the first time in ages so I could better see some of these microscopic guides on my TV without squinting. And even after reading in-game about all of the different terms used, there are so many that I often had to jump online seeking a refresher from this handy-dandy guide that I found at Giant Bomb (thanks to the homie that created it!) 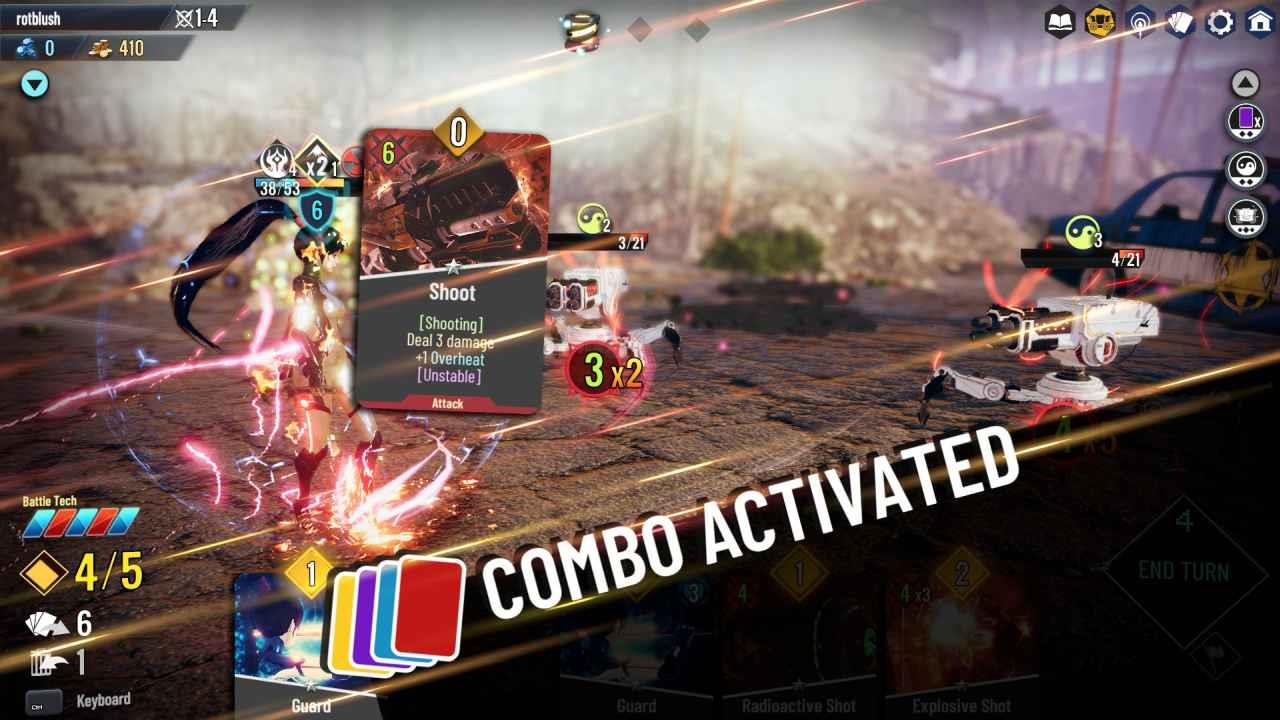 But despite all of that, and a slightly shady control system, I found myself falling in love with Neoverse from my very first run. There is something magical about this game that empowers the player to try new stuff, and I actually beat the primary “Journey” mode on my second attempt. After that, the doors were flung wide open, and I happily dove headfirst into Neoverse’s various modes with gusto.

Looking at the various trailers and videos surrounding Neoverse, casual observers could be forgiven for thinking that there is more going on there than simple deck building. Images of swirling attacks and bobbing ponytails might lead some to believe that this is an action game. But in reality, Neoverse is a straight card game, with the onscreen characters simply acting out the moves indicated by the cards you play.

As is common in these games, each card has a mana cost – but various combos and skills allow players to manipulate those costs – and build up extra mana beyond the standard five-point pool most turns start with. Indeed, almost all of Neoverse’s systems are somewhat malleable, able to be twisted by careful players by cards and skills to suit their needs. 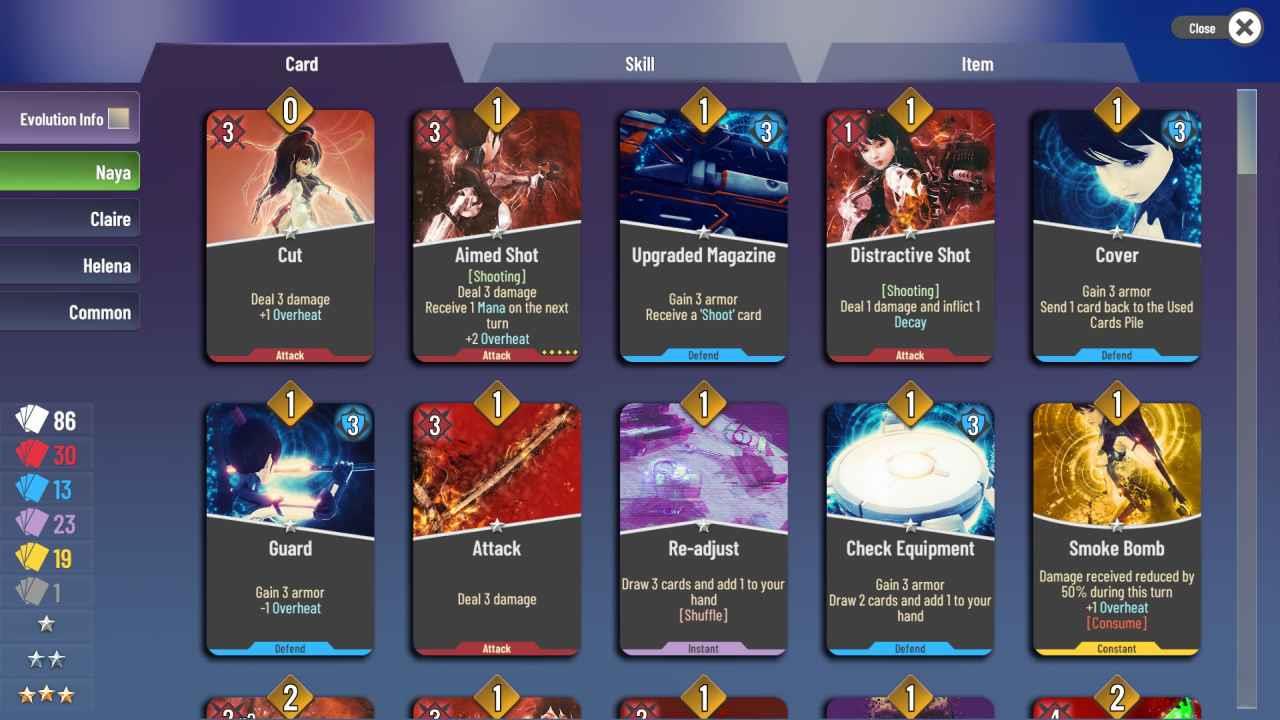 The easiest way to understand the flow of Neoverse is to start with Journey mode. Players start with a basic deck, which includes a few simple attack and defense cards. Enemies appear on the opposite side of the screen. You play cards, either chipping away at the enemies’ health or building up your own armor. In between rounds, you are given an opportunity to get additional cards to build up your deck into something more interesting, and skills that work like permanent status effects. Buy some cool stuff, get some new cards, and then it’s onto the next round, carrying over whatever health points you had at the end of the last one. Every five levels there’s a boss, with one big boss at level 15. Beat that guy (unless you die before you get to him) and you’ve won.

It all sounds pretty simple, right? But it’s the execution of this flow, and the wonderful way you can manipulate the cards, that makes Neoverse so entertaining. There are three characters to choose from, each of whom plays wildly different from the others. Naya is a brawler, who unloads on enemies with guns, blades, and attrition-causing radiation attacks. Paladin Claire does vampiric leaching damage, keeping her own health up while draining others. But it’s Helena the Summoner that really caught my attention. 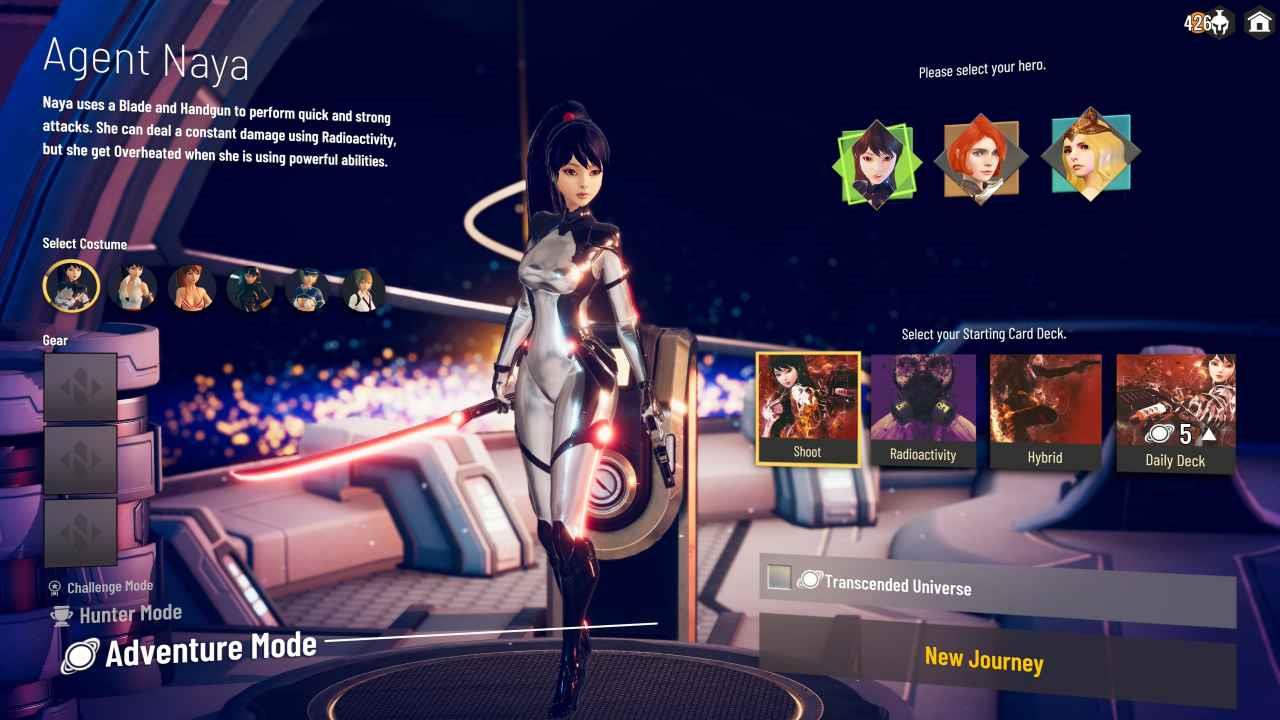 Helena can bring one of three magical creatures to battle with her. A griffin can bestow armor onto Helena, a red dragon that does breath damage attacks, and a white lion that does…well, who cares what the white lion does. My strategy has been to use the griffin to build up ridiculous piles of armor on Helena to the point where she is pretty much untouchable, then pivot to the dragon to blast fools into oblivion. This is a slow-moving build that takes a bit of patience to execute, but so far I’ve not found anything in Neoverse that can stand against my griffin/dragon one-two punch.

The interesting thing is, I didn’t read about this strategy anywhere online. I just figured it out by playing, which is, to me, a sign of great game design. When card combos and battle strategies come into focus just from messing around with the cards, that really piques my interest to start poking around into the game’s other corners to see what else I can figure out.

There are a number of other systems at play in Neoverse – too many, certainly, to cover in a review. A color-coded combo system allows careful players to boost damage. Objects can be purchased and deployed at any time during a battle to give the player an advantage – or deliver a life-saving boost if your back is against the wall. Buffs and debuffs fly every which way with dizzying regularity, keeping even the most vigilant player on their toes. And certain combinations of skills can make your characters so OP that they nearly break the game – but it’s the discovery of how all the pieces fit together that makes Neoverse so pleasurable.

In addition to the multiple characters, a few different modes allow for additional challenges. Hunter mode starts the player with a very basic deck, and then challenges them to run a gauntlet of 20 battles while building back up. And challenge mode allows you to take the best decks you’ve saved from Journey mode and try them against some much more serious enemies. After waltzing through a Journey, Challenge mode will smack that smirk right off your face.

Neoverse is an unexpectedly meaty meal, a deck-building game with some original and fun ideas that keep it completely addictive and engaging. Though the game could use a tutorial to ease in new players, no one should be so intimidated by Neoverse’s seeming complexity that they shy away from the game entirely. For fans of roguelite deck builders, this is the good stuff indeed.

Neoverse dispenses with story (and a perhaps more-important tutorial) to get players straight into the action, trusting them to figure out the game's intricacies on their own. Those with the patience to learn Neoverse will be rewarded by its amazingly deep, fun, and varied gameplay. With three very different characters to choose from, and a mountain of systems and modes, Neoverse is one of the most addictive deck builders I've played.