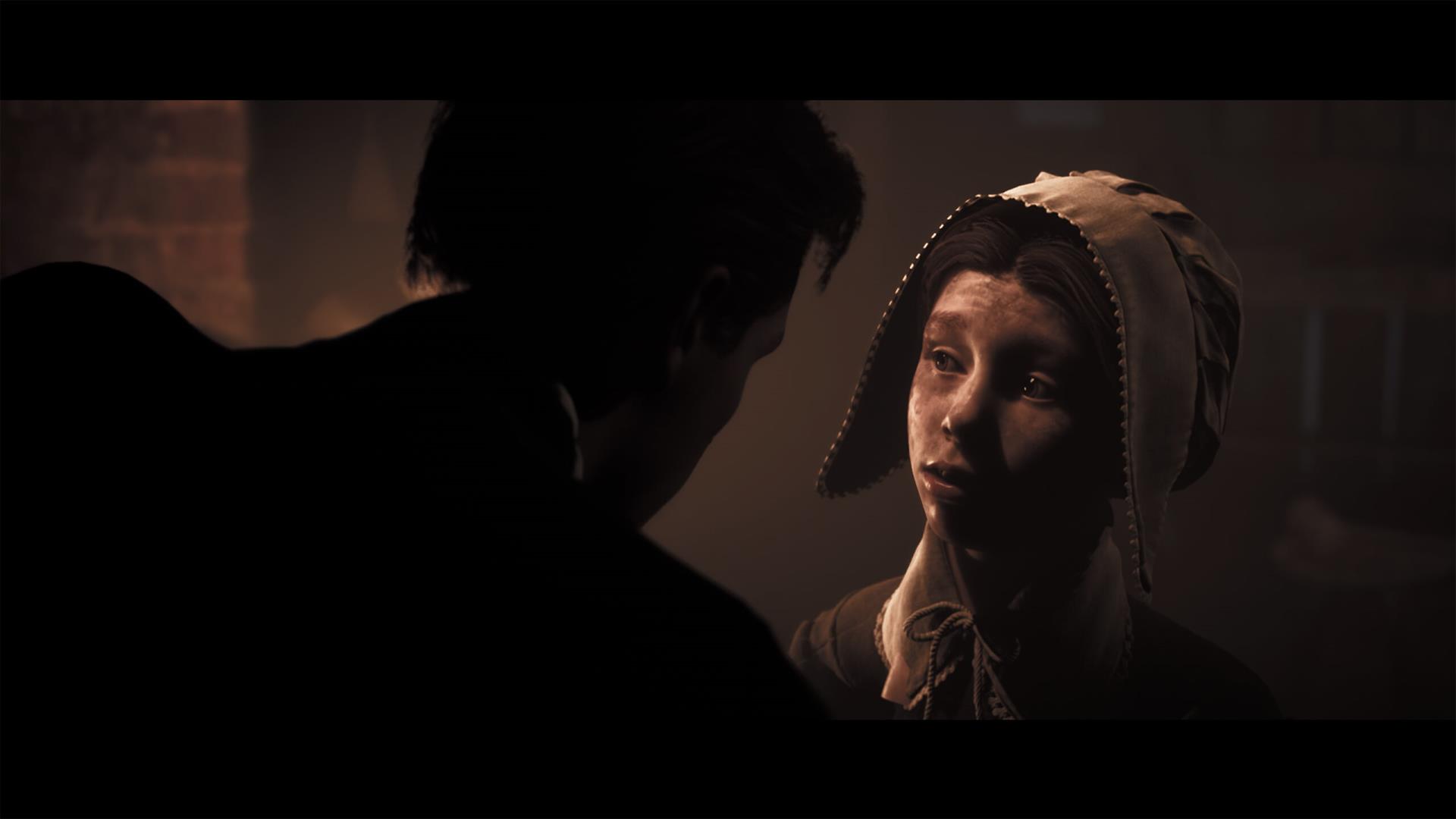 Written by Eric Hauter on 1/12/2021 for PS4
More On: The Dark Pictures Anthology - Little Hope

I pride myself on seeing narrative twists coming. By the end of The Usual Suspects, I was 99% sure of Keyser Soze’s true identity. I knew all along what was going on with DiCaprio in Shutter Island. And while I wasn’t sure what was going on with Bruce Willis in The Sixth Sense, my intuition told me that something wasn’t quite right.

That doesn’t mean that I don’t enjoy having the rug pulled out from under me. 2014’s Predestination knocked my socks off with its wild turns. 2003’s Identity had my jaw on the floor when the killer was revealed at the end. And the fate of Amy Adams’s character in Arrival reduced me to a shuddering mess. I look for the mechanism in a story and try to break it, but I love it when a narrative can pull one over on me.

I have to admit that I had zero idea where Little Hope, the latest game in Supermassive Games’ ambitious Dark Pictures Anthology, was going. I was so wrapped up in Little Hope’s intertwining time-jumping narrative that I had no idea that the game was even trying to trick me. Like the best magic tricks, I was looking in the wrong direction, trying to assemble pieces to a puzzle while looking at the wrong picture. Little Hope was giving me everything I needed to see the big picture. But I was so sure that I had figured out the basic horror tropes that Little Hope was working with that I completely overlooked the fact that I was in a completely different kind of story. I thought I knew exactly where Little Hope was going, but when it dropped its narrative bombs at the end, I realized that I had been climbing Jacob’s Ladder all along.

I’m late to the party with Little Hope. The game actually released in October, and though it was one of my most anticipated games of 2020, I somehow missed it. As we are a few months past release, I don’t mind sharing that there is a narrative twist, but rest assured that I won’t reveal it. When I realized that Gaming Nexus hadn’t gotten around to reviewing Little Hope, I made it my mission to rectify that oversight. 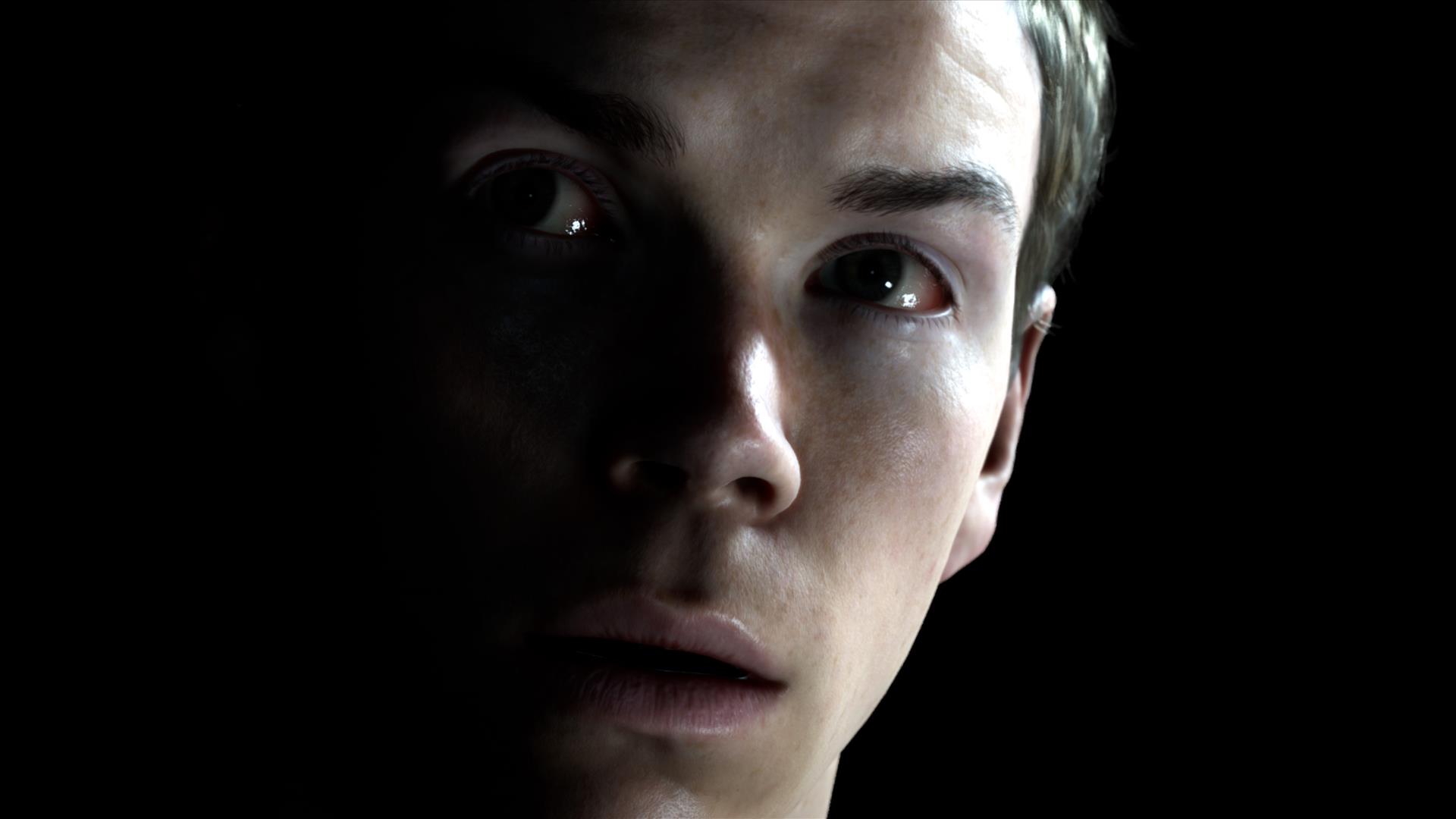 It is possible that some readers are not familiar with The Dark Pictures Anthology, and are under the impression that I am referring to an interactive film. Though the two game genres are similar, these are actual video games with rather amazing-looking graphics. In addition to the sky-high production values, Supermassive gives the player a bit more agency than live-action games. Though these games are filmic, the player actually moves the character about, searching for secrets and making decisions. Action scenes are played out through a series of smoothly choreographed quick-time events. There are extended cut scenes (which vary wildly depending on the decisions the player makes), and the entire thing is tightly scripted, reacting to your choices but propelling you ever forward in the story arc.

My first playthrough of Little Hope was a family activity, played over the course of two nights. My wife is a non-gamer, but she amiably agreed to play pass-the-controller with me and my 20-year-old son. It was the cause of great delight when, in a panic, she caused our first death during an unexpected attack. When the game was over, it actually spawned an interesting conversation about the narrative choices it made, and how it managed to hold cohesion regardless of the choices we made. Of course, Little Hope shares that trait with predecessors Man of Medan and Until Dawn – you can take the highway or the side roads, but you will always end up at the same destination. It’s the condition that you arrive in that matters. 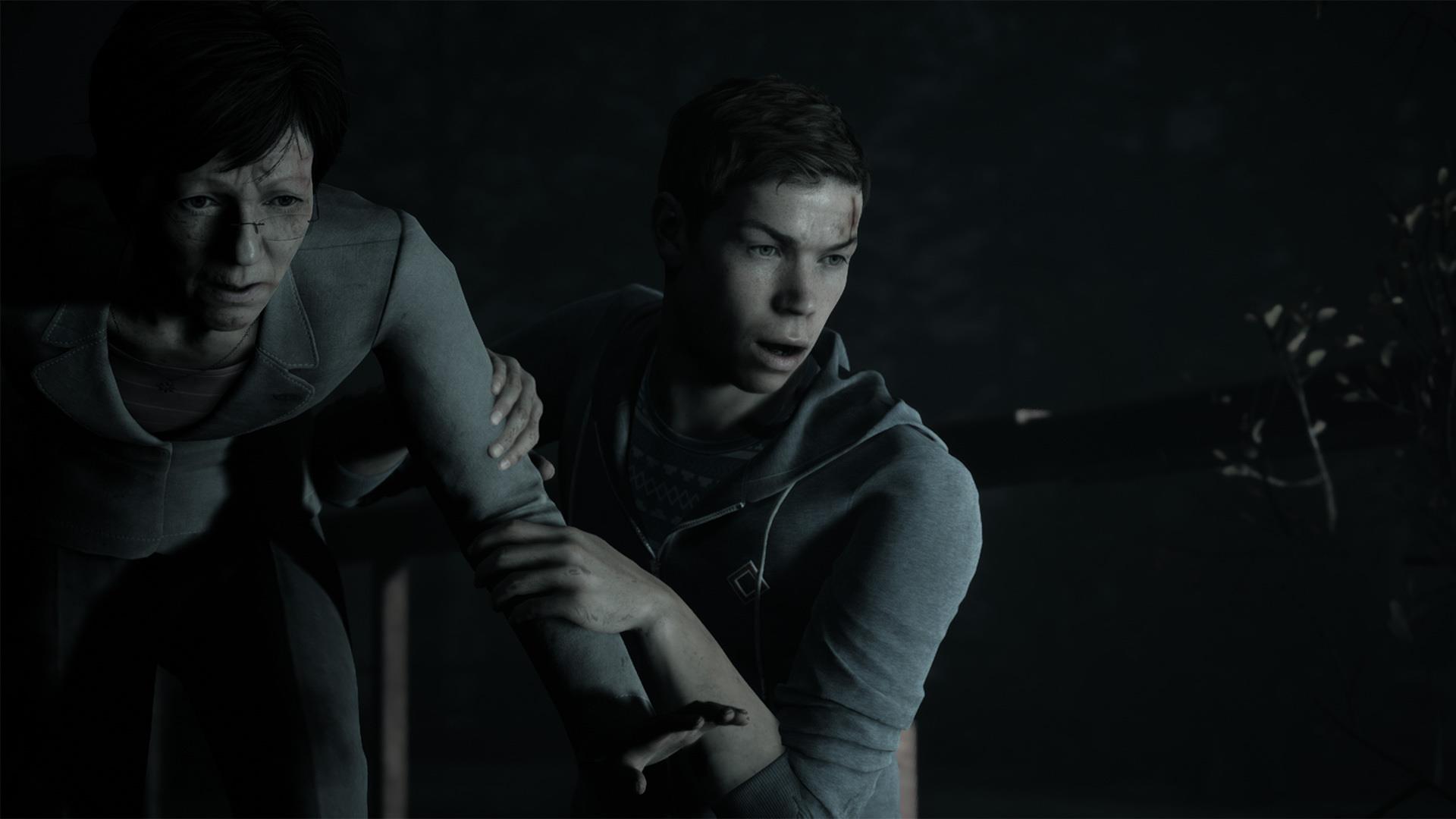 While it does have some of the herky-jerky transitions and weird dialogue moments that come with the genre, it is an understatement to say that Little Hope improves upon the previous game in The Dark Pictures Anthology – Man of Medan. Though both games share a bit of interminable wandering, Little Hope is a much tighter game, and the story feels far more inspired. After a few somewhat slow Supermassive games (I’m thinking of The Inpatient, the VR prequel to Until Dawn in particular), Little Hope fully restores faith that this type of game can be creatively, wildly entertaining.

Not only has the story improved, but other minor UX changes have been made in Little Hope, which will likely smooth the path for players. Holding down on the left bumper makes your character walk a little faster, thank the lord. And quick-time events are telegraphed by icons that let you know a button press will be needed in a moment. While I can see how the wicked quickness of these events might have been a source of grief in Man of Medan, I do think that Supermassive may have swayed too far in the other direction in Little Hope. My wife’s failed attempts were more due to her lack of familiarity with the symbols on the PlayStation controller than her inability to press the buttons on time. For those of us with more experience, Little Hope feels a bit easy. The option to turn these prompts off might go a long way to making the game more challenging for series veterans. 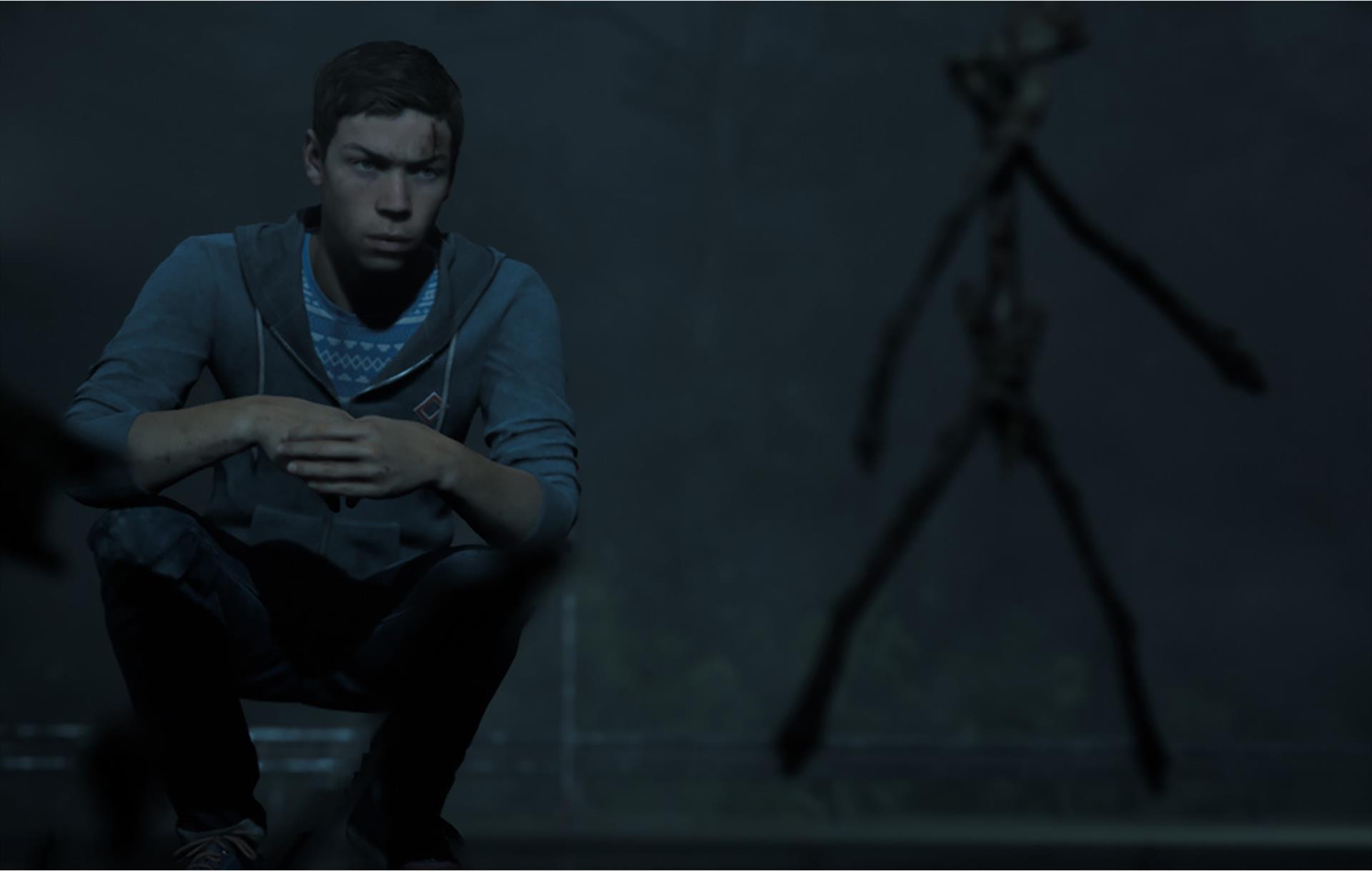 Led by an amazingly complex performance by Will Poulter, the entire cast of Little Hope acquits themselves well, bouncing between parts and accents with aplomb. Little Hope takes place in three different time frames, with every actor playing multiple parts. While making it very tough to remember anyone’s name (they all have three!), the effect is nonetheless impactful and impressive.

The primary storyline involves a group of four students and a professor on a field trip. Caught in a heavy fog, the bus they are travelling on crashes right outside of Little Hope, an abandoned town in the woods of New England. Things get mysterious almost immediately, as the group find themselves entangled in the town’s past while exploring its decrepit present. Stalked by demons and continuously being forced to bear witness to the town’s dark history, the group struggle through the town in search of help.

I’m obviously being vague here on purpose, as I don’t want to spoil any of Little Hope’s well-earned surprises. It’s no spoiler to say that not everything is as it seems, but it would be far better for players to jump into Little Hope cold and just enjoy the ride.

Little Hope does a lot to rekindle my excitement for The Dark Pictures Anthology. Allowing players to change the narrative – and still have it hold together – is a magic trick that Supermassive has obviously improved upon with practice. Man of Medan felt a bit like a dry run; Little Hope feels like the real deal. The trailer for the next game, shown at the end of Little Hope’s credits, is throwing off some serious Sumerian Exorcist vibes. I can only hope that Supermassive continues its upward trajectory, because it may be tough to top this one. Nobody else is doing what Supermassive is doing, and for horror fans, these games are a wicked delight. And of course, as Supermassive showed in Little Hope, this developer definitely has some surprises up its sleeve.

Little Hope is a return to form for Supermassive Games. After the somewhat slow and dry Man of Medan, Little Hope arrives with a narrative audacity and assured performances that place The Dark Pictures Anthology squarely on the top of the interactive filmic adventure game heap. With a rich, complex, and wickedly surprising narrative, Little Hope is well worth playing, despite some awkward moments and transitions.