Games We're Looking Forward to in 2021

The confetti on an empty Times Square has already been swept away. So many New Year's Resolutions have already come and gone, if people even made one in the first place. But all is not lost. In fact, there's so much yet to come in the world of video games. There's always something new. Always something else. And always something we didn't see coming. Sure, any number of these games could experience production delays that push them into 2022, but we're here with a healthy dose of unbridled optimism that these will land before then.

These are the games we're looking forward to in 2021. 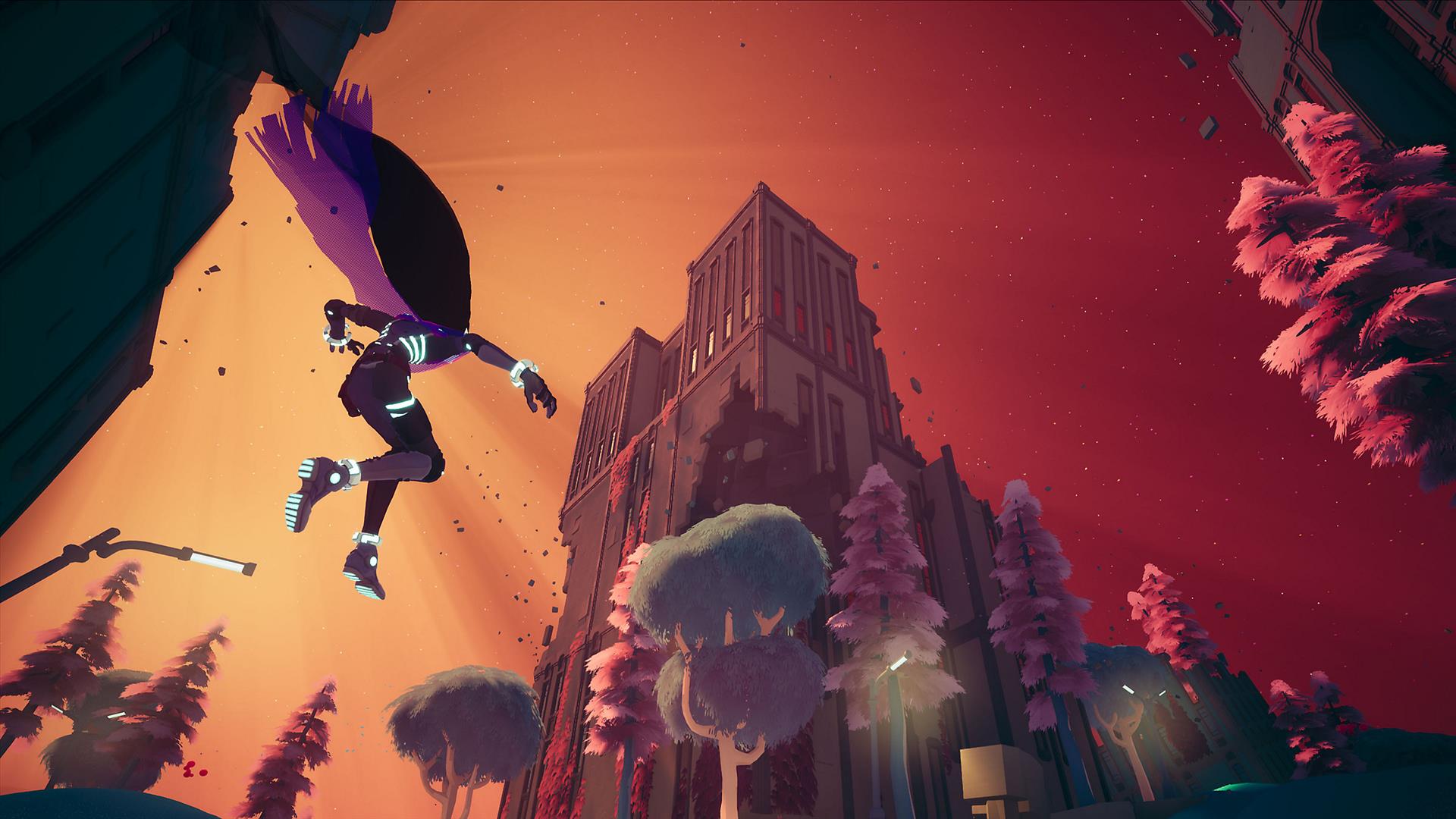 Solar Ash swooped in with a trailer during that amazing PS5 stream last year and grabbed me firmly by the attention muscle. It's a game from the makers of Hyper Light Drifter, something I have yet to play, and the initial trailer made me realise I really want to. The game looks to have a phenomenal art style and interesting gameplay based on high speed traversal. It's not a title I would usually play and that's what's so exciting about it. 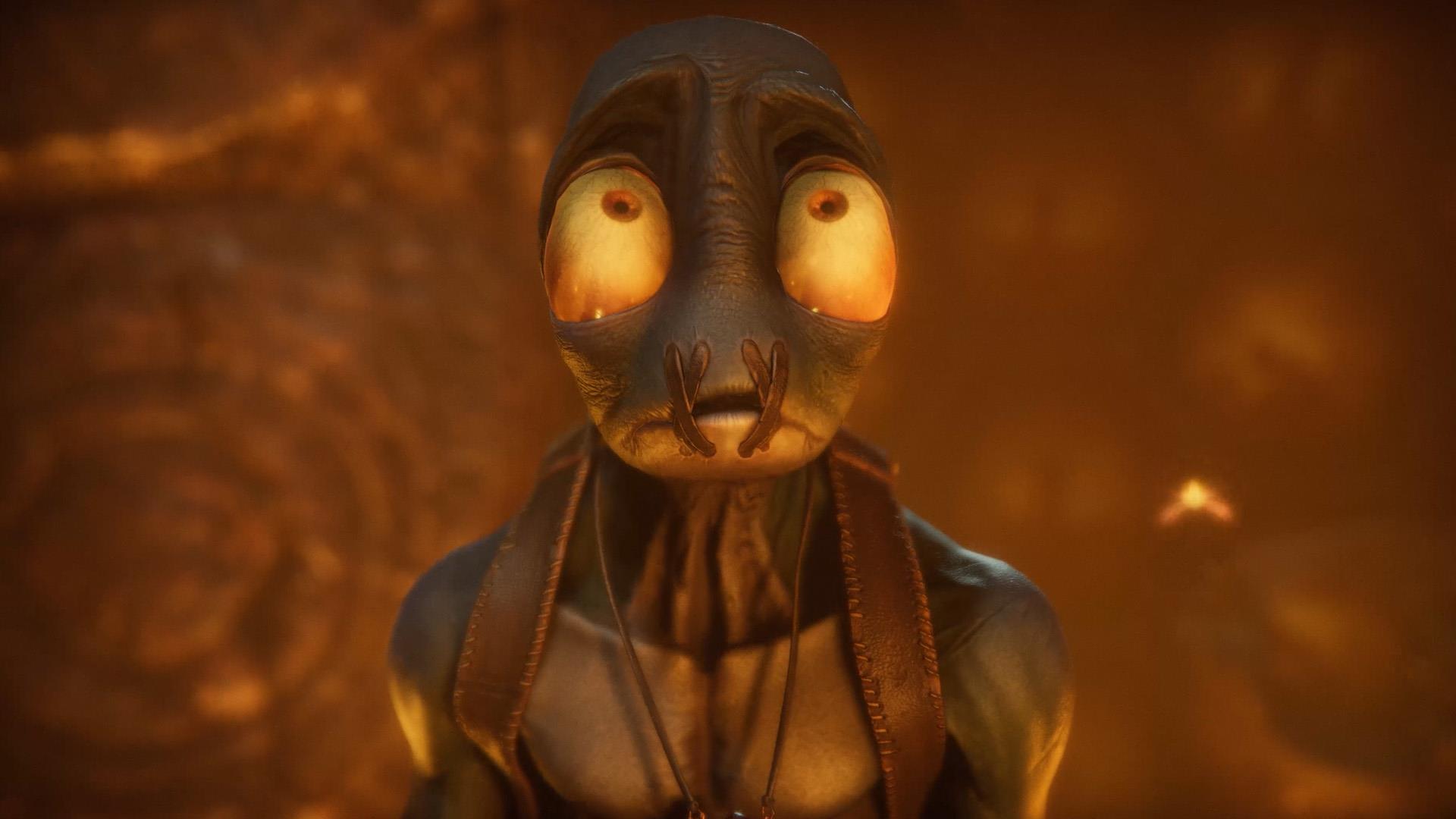 Speaking of surprises during the PS5 stream, Oddworld: Soulstorm was already known to us, but I didn't expect to see it during that action-packed hour of trailer pleasures. I'm a fan of the original and remade versions of Oddworld Abe's Oddysee, and as such I find this reimagining of Oddworld Abe's Exodus an interesting idea. I'd expect nothing less than a brutal difficulty level and somewhat frustrating platforming, but that's part of the retro-ish inspired subgenre, right? Right? 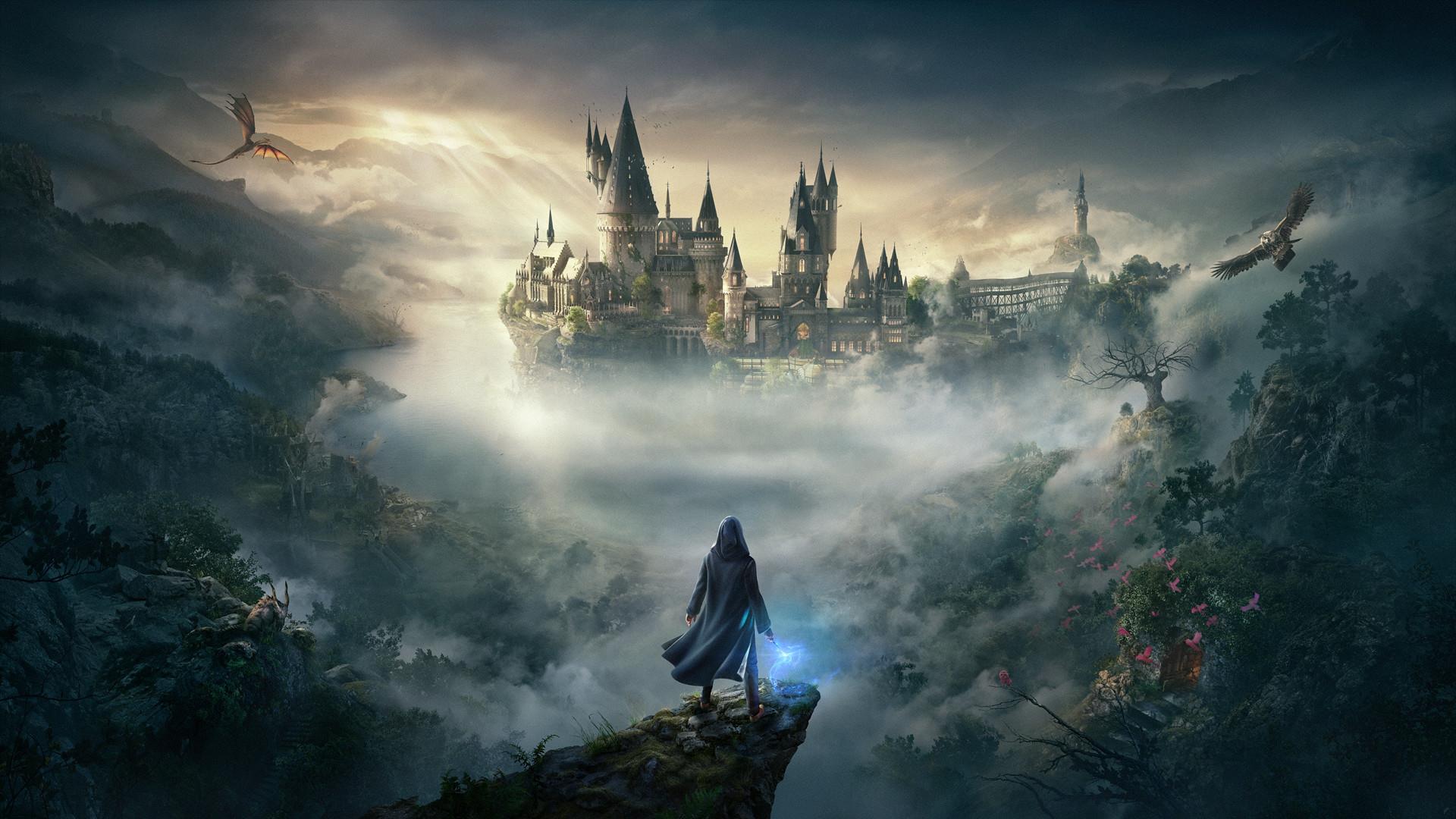 Finally, something that piqued my interest ever since it was first rumoured to be in development way back in October 2018 is Hogwarts Legacy. I'm a huge fan of the Harry Potter books (not the movies, and definitely not the Lego games). As such, I'm a bit of a purist when it comes to that exact story. However, when it comes to the idea of immersing myself in the broader Harry Potter universe I get tingles of excitement. I want to see more about what this game is and what it involves before I invest fully in an emotional and financial sense, but the mere idea of finally being a Ravenclaw (wit beyond measure is man's greatest treasure) is enough for me to keep an eagle eye on this game (pun intended). 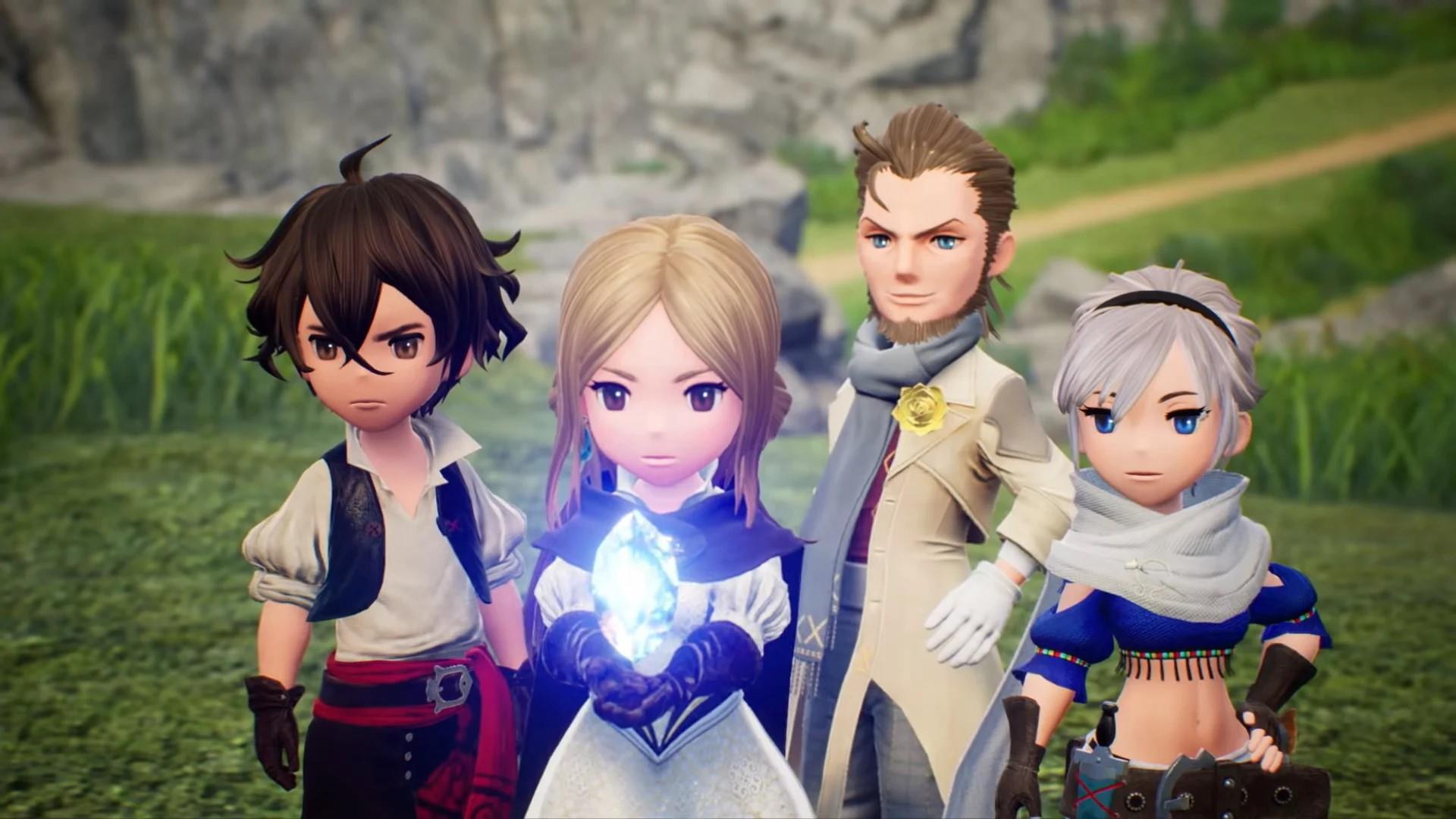 Bravely Default II. Certainly my most anticipated game of 2021, Bravely Default II continues a franchise that I've long suspected to be dead. Originally a 3DS series (consisting of the original Bravely Default and the sequel Bravely Second), Bravely Default never seemed to take off with the greater gaming community. Sure, RPG nuts loved the franchise for its old-school Final Fantasy job system and grind, but I never heard much about the games outside of those circles. Well, it seems that some folks besides me must have loved them, because a full-fledged sequel is arriving soon on Switch. I say this all the time, but it's true; but if you are a Final Fantasy fan, you will love Bravely Default. These are FF games in everything but name, with characters slinging Hi Potions and Phoenix Downs left and right. With one of the best battle systems to grace a Final Fantasy game since the good old days of FF VI, Bravely Default UII is poised to eat an enormous amount of my free time when it arrives in February. 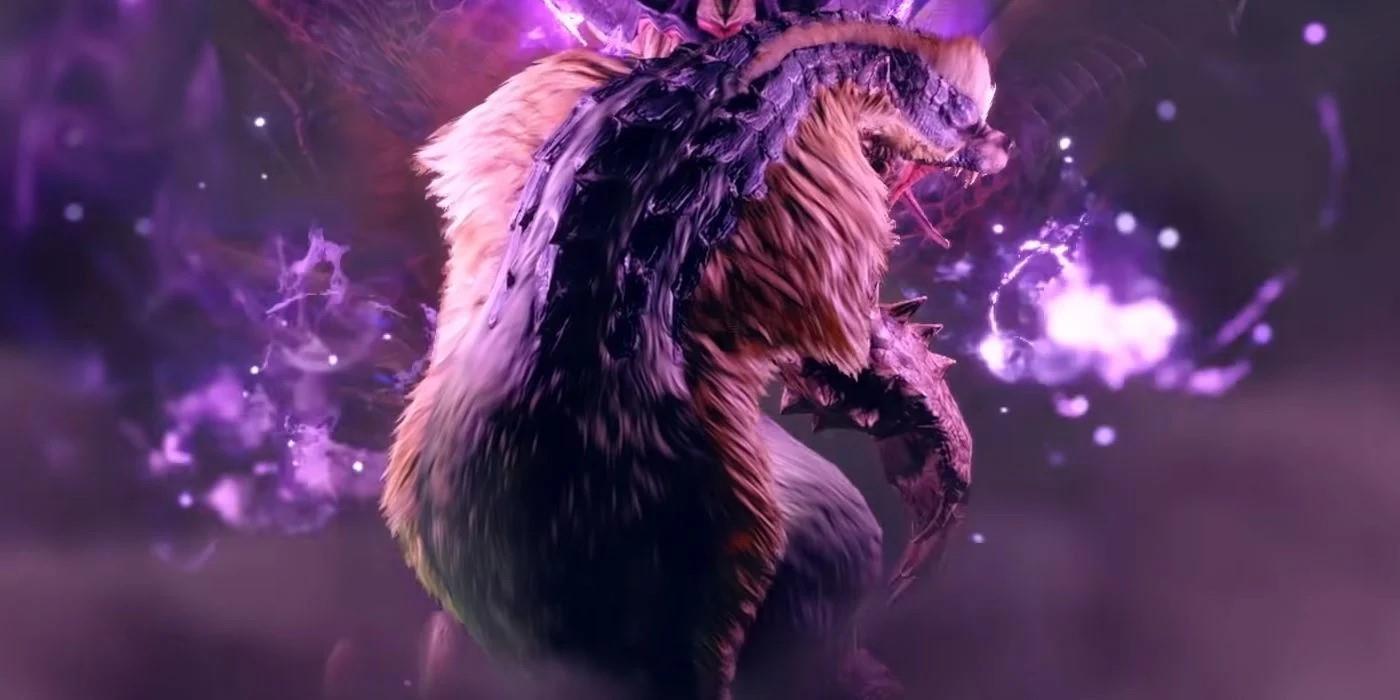 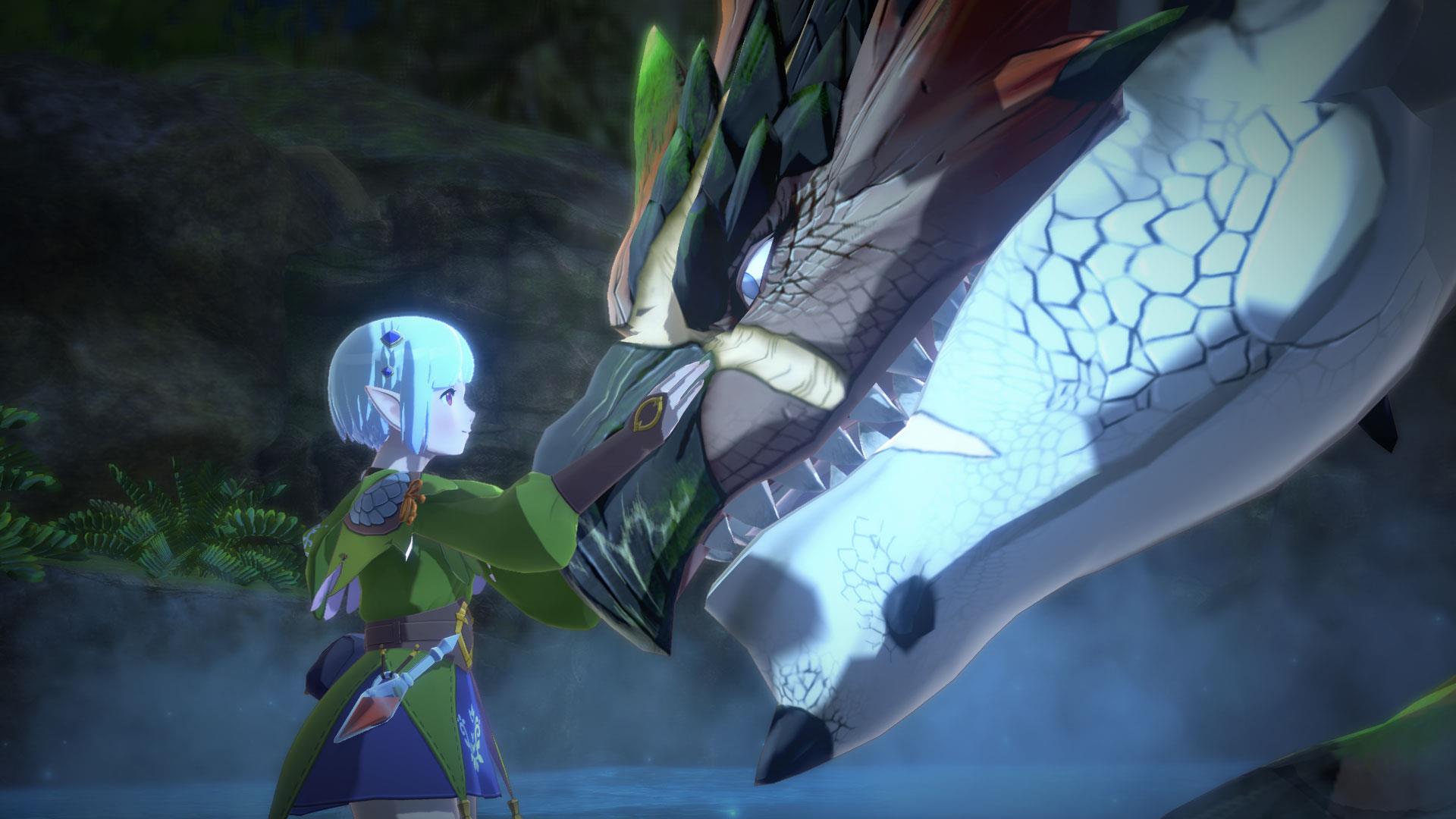 Monster Hunter Stories 2: Wings of Ruin. Not a lot of info has been released about Monster Hunter Stories 2 - though the announcement trailer shows off some beautiful anime animation, and what looks like a 3D world to explore while building a party and recruiting/fighting monsters in Monster Hunter's follow up to the 3DS original. I never got to play the first game - though I'm often tempted to E-bay myself a copy - so I'm pretty excited about how amazing this game looks. I may have to break out the old Switch dock for this one - the visuals on display are just too nice to relegate to the Switch's tiny screen. 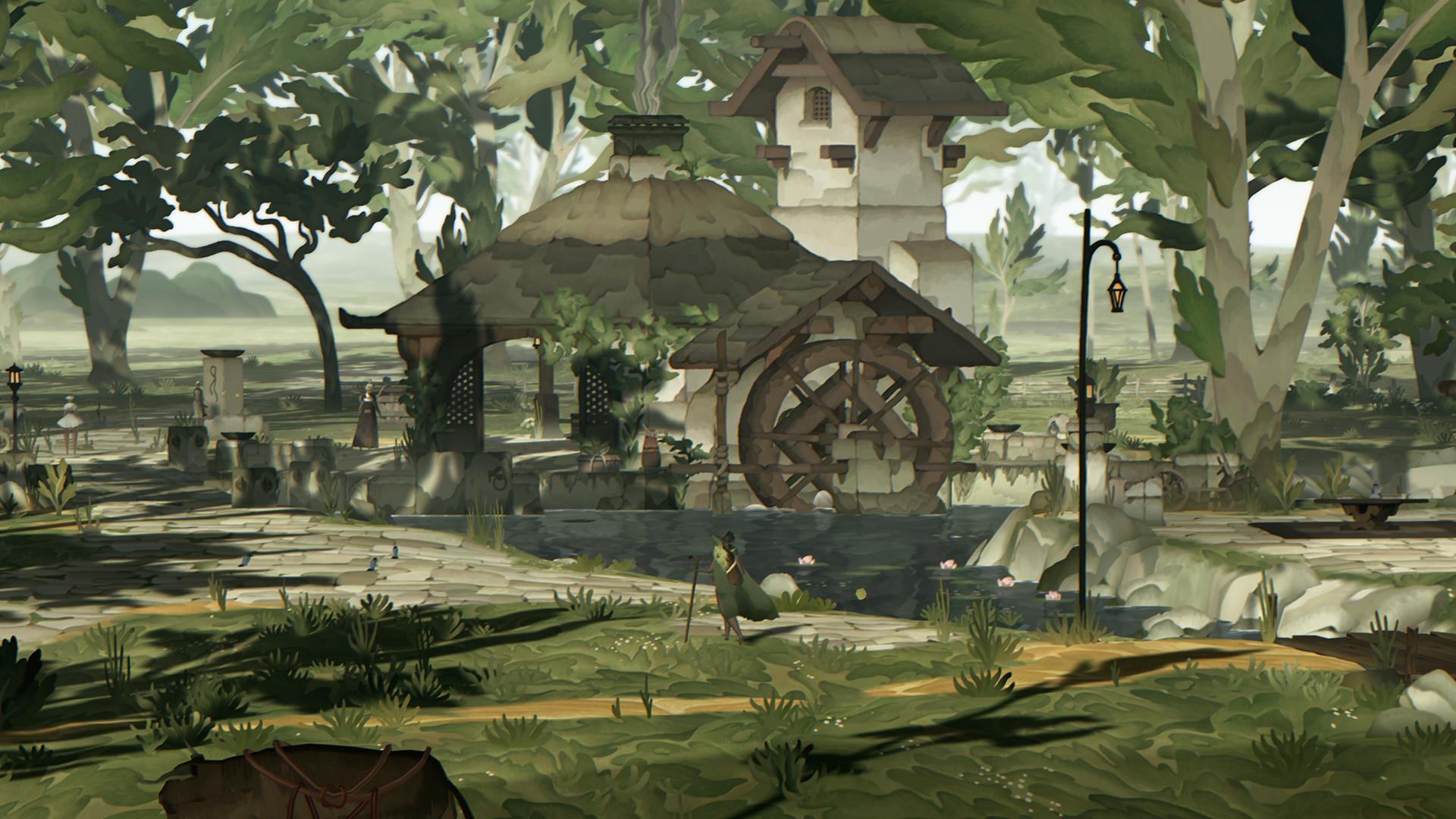 I can't wait to open up my own Book of Travels. Looks like a slow burner—my favorite kind of page turner. This one's for wayfinders and wanderers. While purportedly an MMO, encounters with other players should be few and far between, with no beginning or end in sight for goal seekers. The hand-drawn map makes my world-building dungeon master gene twitch, while the walkabout side scrolling nature will...expand my aesthetic boundaries, let's just say. 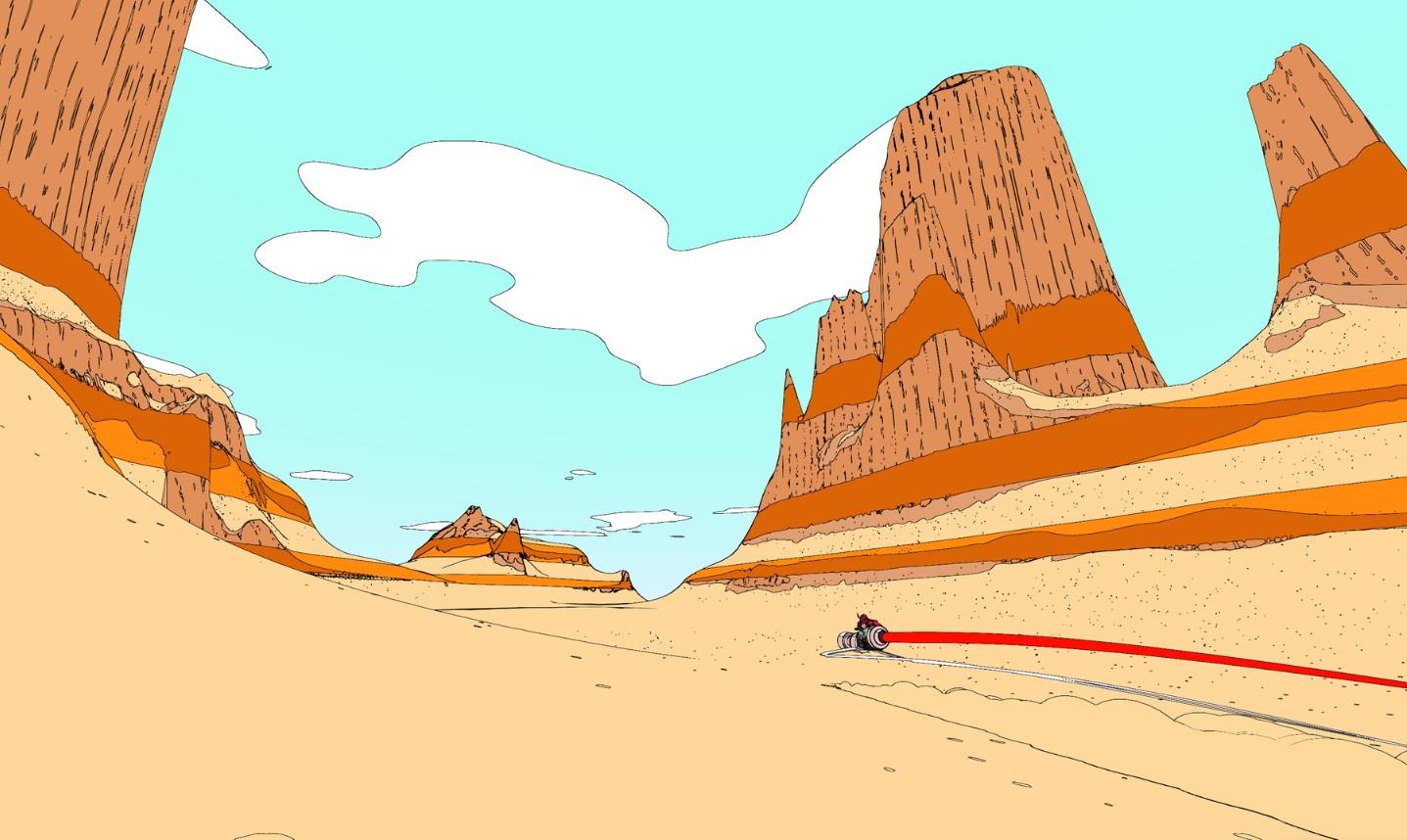 Does Sable look like legendary artist Moebius cruising through a post-apocalyptic Red Dead? Yes. Does it look like a thin-lined Hyper Light Drifter on a speeder bike? Also yes. Sending up a rooster tail across untracked landscapes, tomb raiding ancient dieselpunk outposts, and getting a crackly campfire going under uncertain skies is all you had to say, my dude. 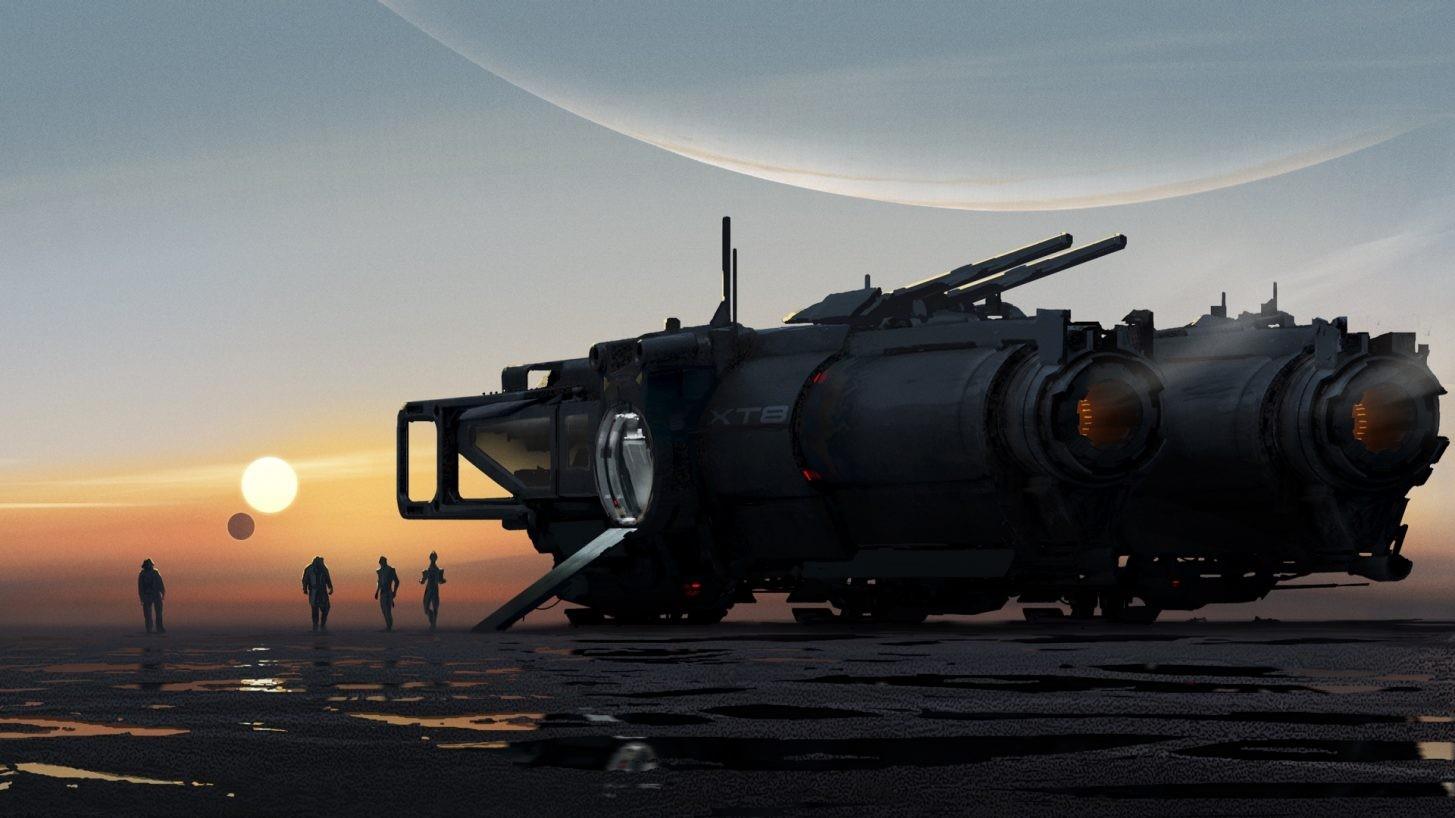 We have to go back. Back with the Mass Effect Legendary Edition. Back to the O.G. trilogy. Back when the BioWare Doctors, Ray Muzyka and Greg Zeschuck, were slowly preparing to retire on a career high point. The Normandy's exploits across a Reaper-infested Milky Way is a pinnacle of sci-fi space operatic storytelling, pick any medium you want. I would easily pit the Mass Effect Codex against the Wookieepedia any day of the week. My name is Commander Shepard and this is my favorite remake on the Citadel. 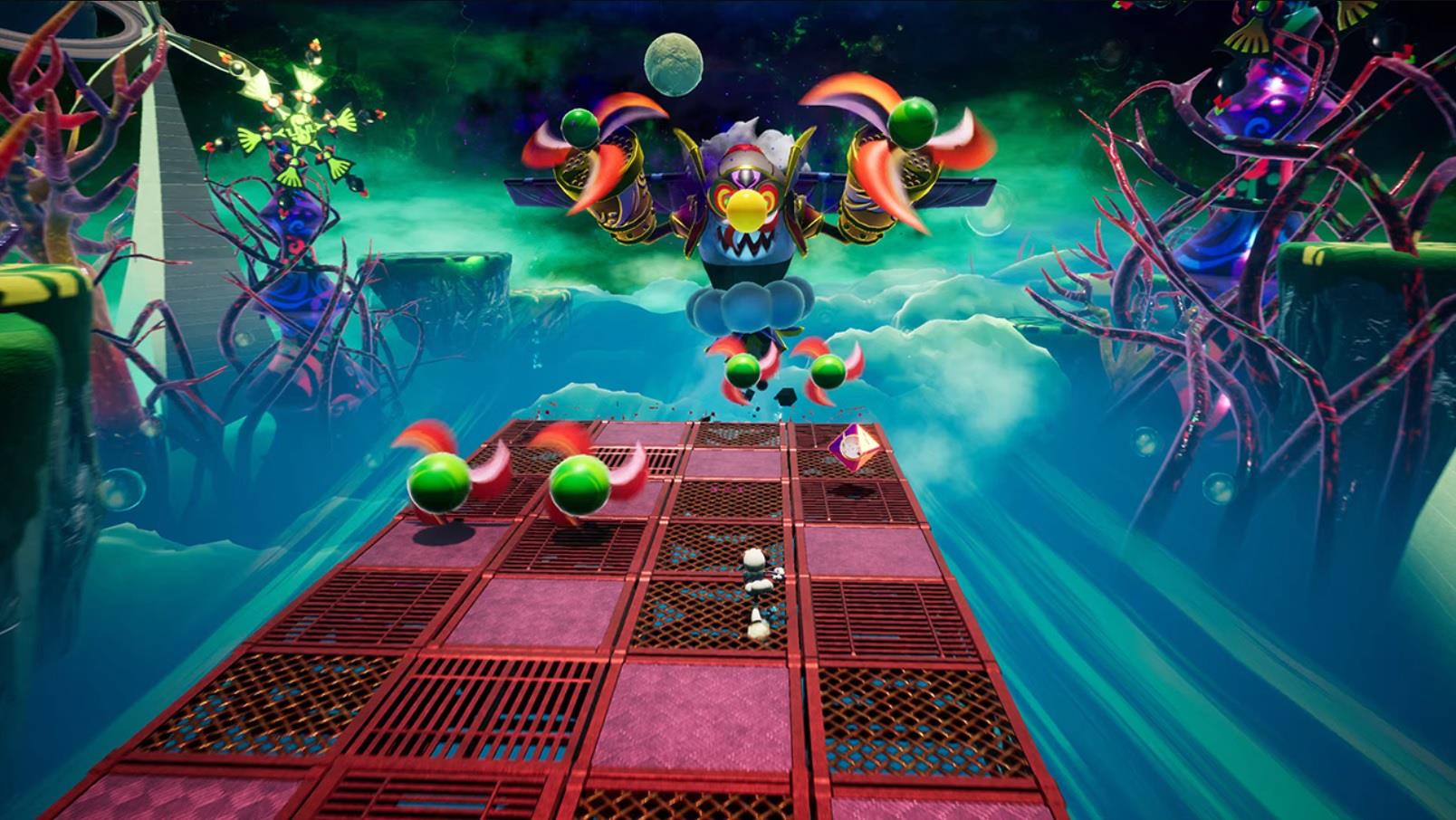 Balan Wonderland. Coming from Nights into the Dream director Yuji Naka, I'm really intrigued by this game. I grew up on Nights and absolutely loved the fantastical landscape that Balan seems to be bringing with it as well. Balan also seems to bring some Kirby like elements to it as you can take on different forms for your character giving you the ability to do different things. From the description we've gotten the levels or chapters are continually referenced as stories as well, so I'm hoping that there's some heart-wrenching tales that are spun as I weave through these stories. 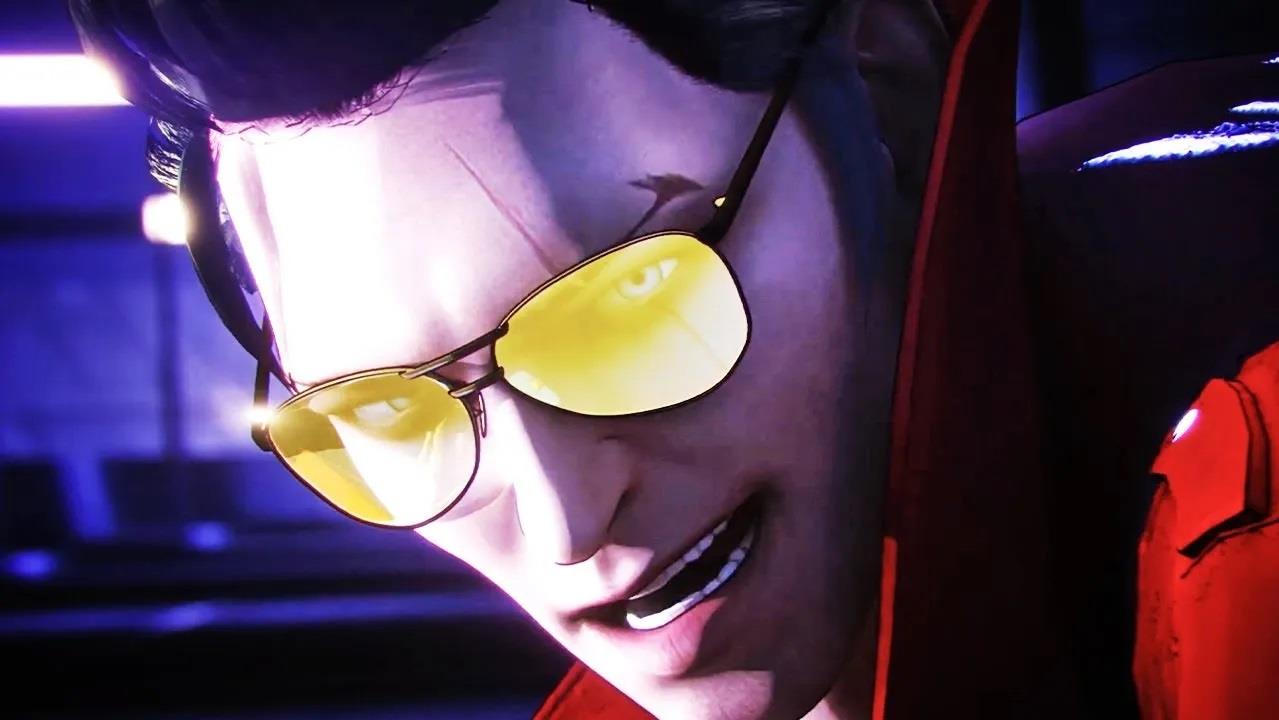 No More Heroes III. It's been 10 years now since the second main entry into this game series and after being delayed from a 2020 release due to the pandemic I'm excited to get back into the hack-and-slash madness of No More Heroes next year. I played the first two upon release and loved every minute of each of those games. Last year's entry, Travis Strikes Again, was a good stopgap for the series as a top-down twist on the original, but I'm excited to get back to the third-person view and slice open some aliens as Travis Touchdown. Yes, the board is now filled with aliens posing as superheroes and I love it. 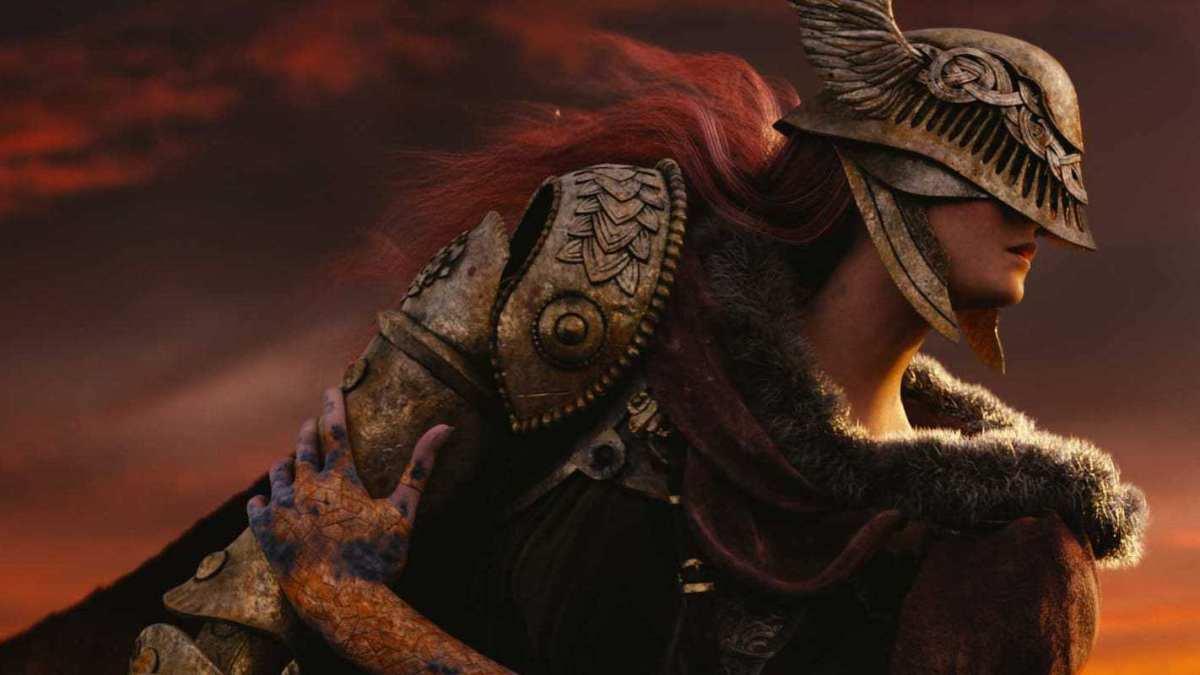 Bonus pick: I'm taking a bit of liberty with my final choice here as the release date is a little, well, up in the air. But if Elden Ring does make its way out in 2021 it will absolutely be the game I'm most excited to play. After the teaser dropped last year the game has been surrounded in mystery, not really offering any more than the cinematic trailer since its showing. Some recent digging seems to show some new concept art, and tells that the game will play like a more expansive Dark Souls. It also hints that the game will be ready sometime this year, but I'm trying not to get my hopes up too much for that just yet. 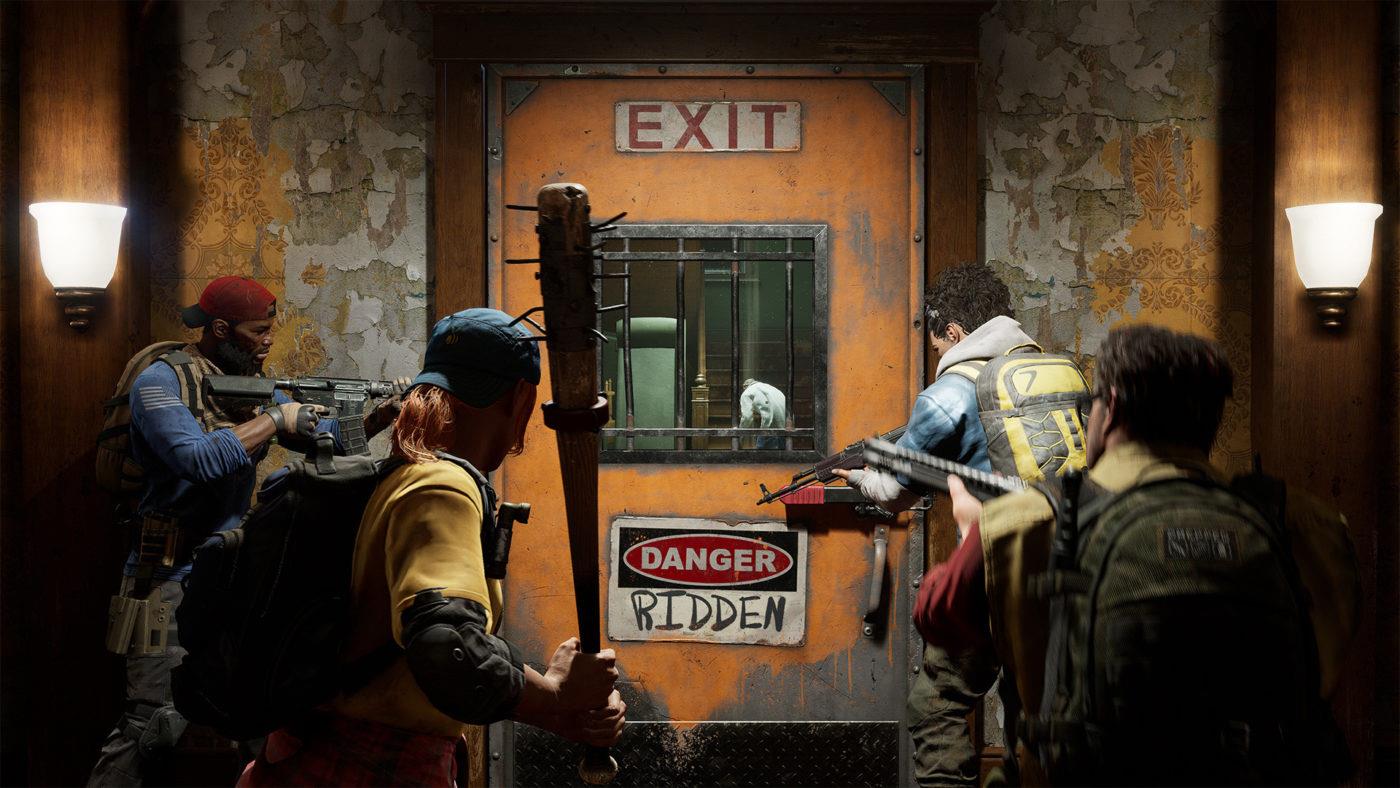 I didn't expect Back 4 Blood to be one of my most anticipated of 2021, but here we are. After the surprising announcement at the Video Game Awards, I signed up for the alpha and it just took me back to all the times I played Left 4 Dead. It's that fun, frenetic, four-player action that I love. I'm so glad that Turtle Rock Studios decided to build a spiritual successor to Left 4 Dead. 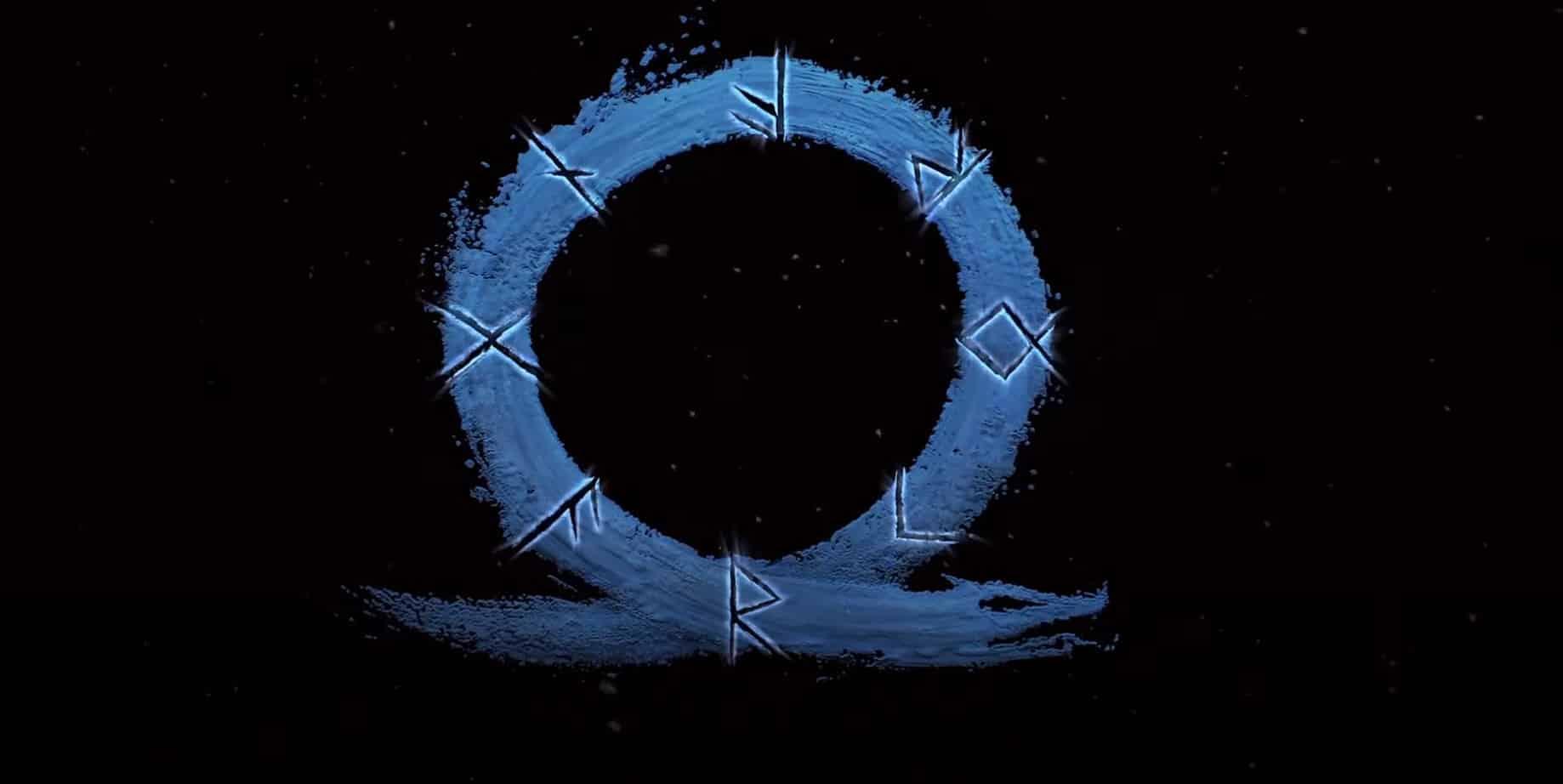 God of War: Ragnarok looks to continue the great series on the PlayStation 5. Announced last September, this should be a nice follow up to one of the best PS4 games. Not much is known other than the 2021 date, but you can expect a lot of violence and mythology if it's like the past games. 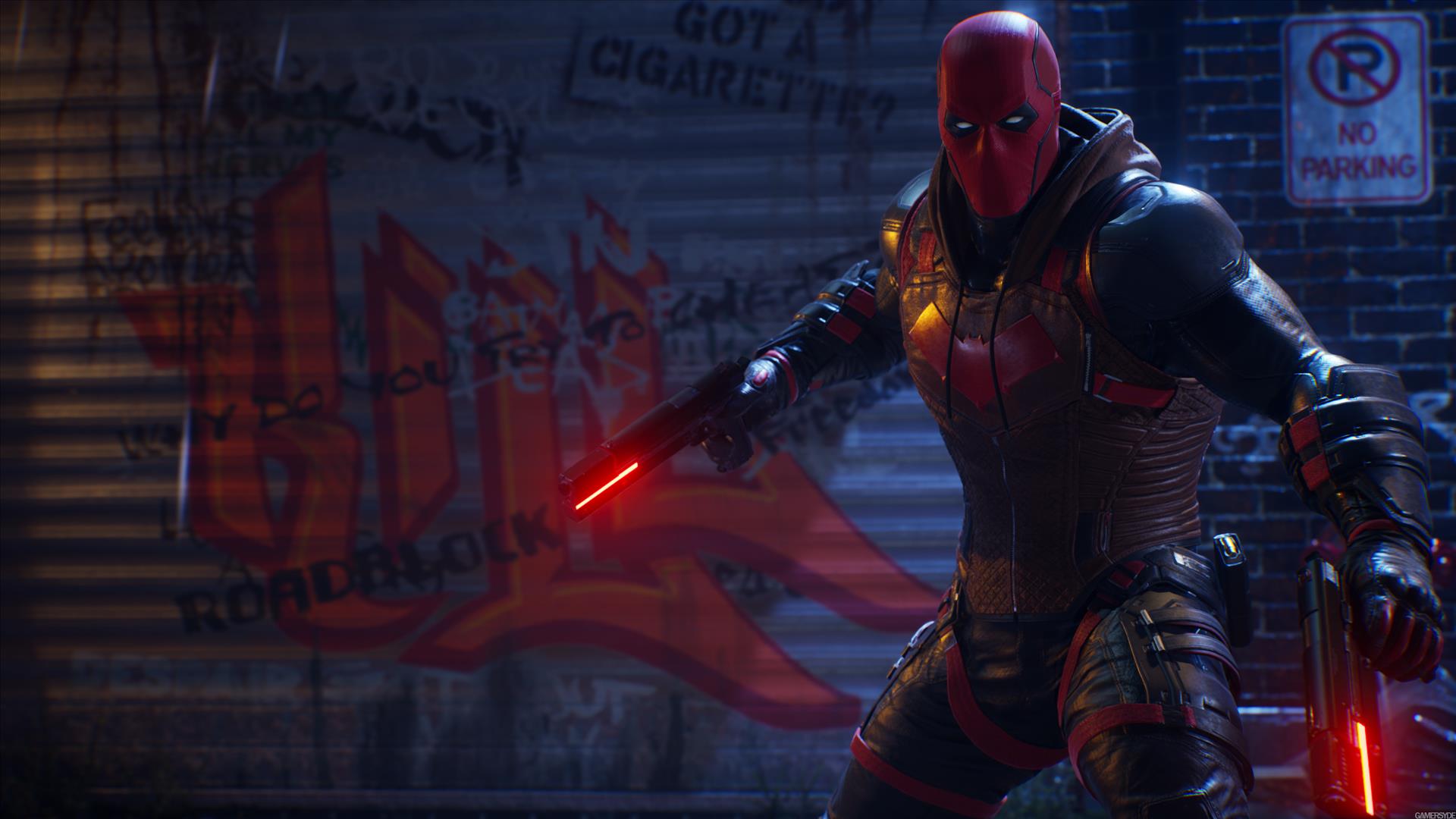 Gotham Knights is an interesting entry in the Arkham series because it's not a direct sequel to Arkham Knight yet it deals with the aftermath of Bruce Wayne's last stand as Batman. It seems to follow the Multiverse emphasis that DC is putting into their films. This will be a separate story starring other members of the Bat family. I've been clamoring for a co-op Arkham game, so I'm really looking forward to this one.