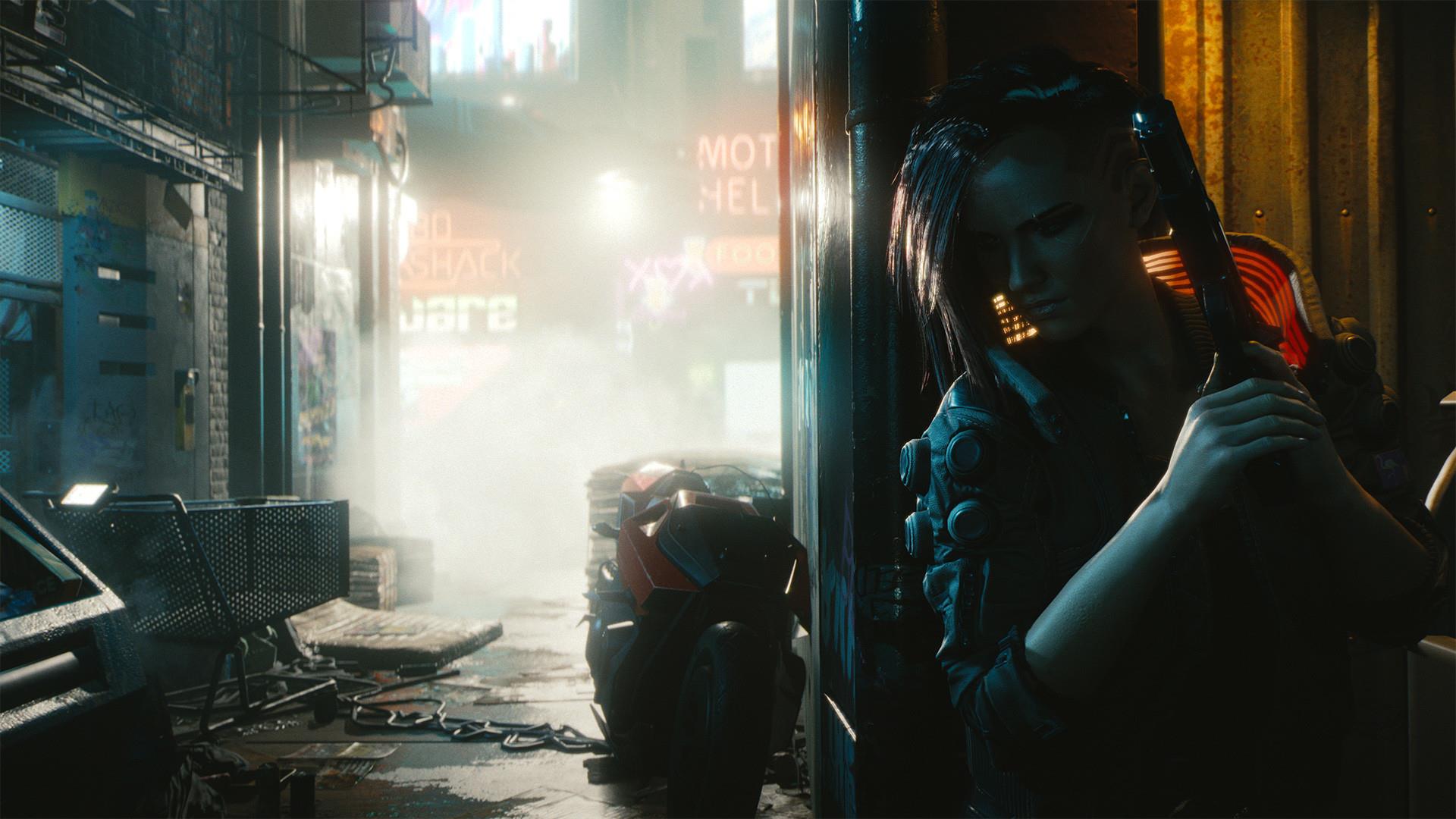 I have never played a game that is as good as it is infuriating as Cyberpunk 2077, and there’s plenty of both with CD Projekt RED’s latest release. Given the years of hype this game had, there’s little need for fluff in prepping. Let’s jump in.

Night City is a dangerous and beautiful place

Night City is the name of our dystopian dreamland, a city full of life and death with outskirts that match the constant chaos surrounding the protagonist of the story, V. Upon starting up the title, you’re given three paths to choose from: Nomad, Street Kid and Corpo. While the main storyline quests are the same post-prelude, your origins will give your version of V extra dialogue options and bonuses. I opted for a Corpo in my run through Night City, starting me off in the Arasaka Corporation. Asked to take on a rather impossible job that never gets off the ground, V is removed from a position in the company and takes to street jobs with their friend, Jackie. It’s here where the player gets the first taste of Night City and what it brings to the table. 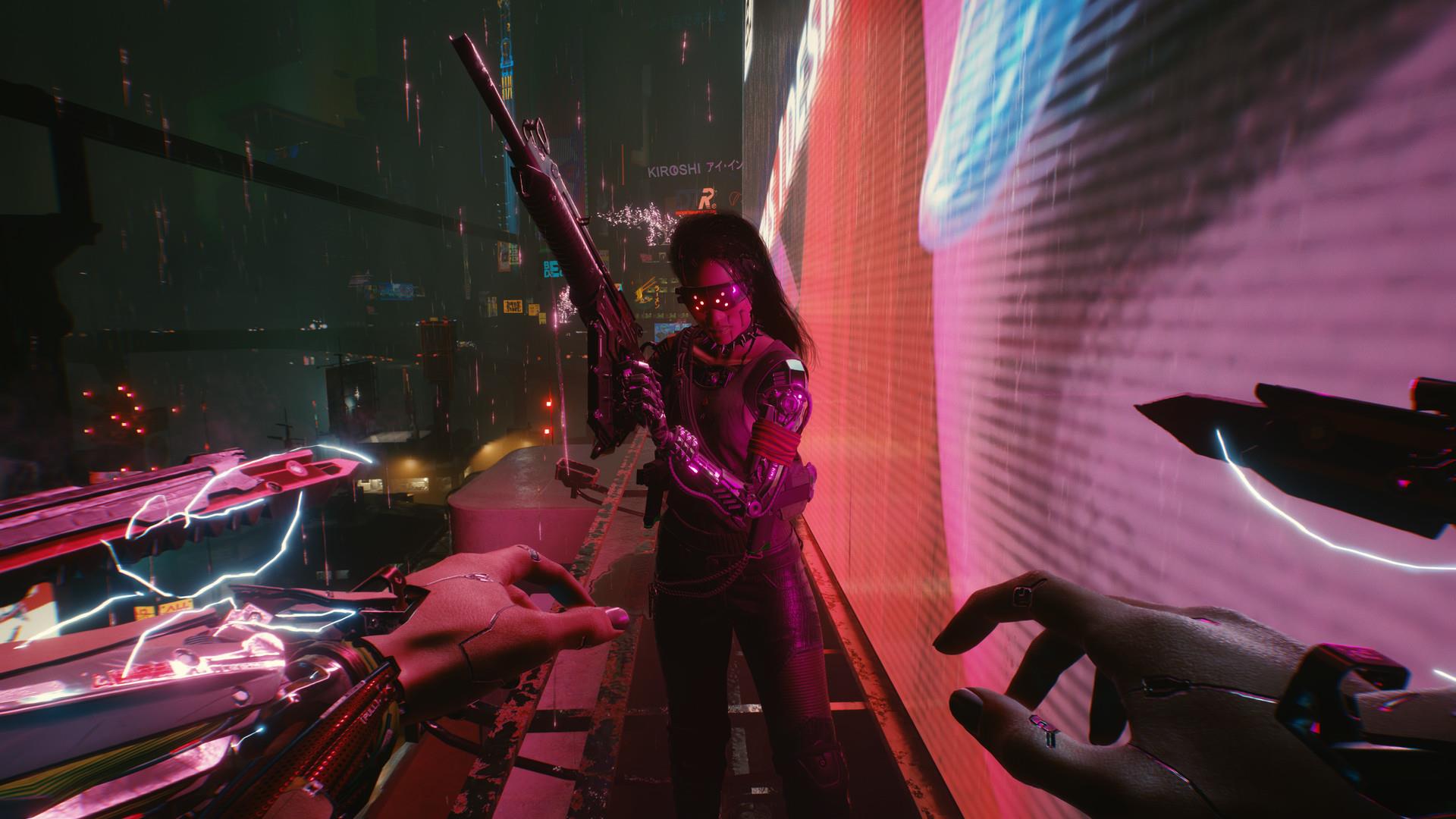 Cyberpunk 2077 follows a tried-and-tested formula with the sandbox-style action games: The main storyline is always there as an option, but there are plenty of side quests to unlock and ways to build up your street cred. While all side jobs are optional, the benefits are numerous. Better jobs mean better money and the chance to get improved weaponry and cybernetics that give V an advantage in every fight.

The backbone of Cyberpunk 2077 comes with having an RTX-capable graphics card. Anything above the RTX 2060 will do, but to truly see Night City in all its splendor, you’ll want to hit the 3000 series (if you can find them, of course) for the best visuals to come out through Ray Tracing, which affects detail, reflections, accuracy….just about anything you can think of. The most impressive thing to me is specifically with reflections. Minute details like lighting on vehicles, televisions, screens and glass are simply incredible. Advertisements in the game are sharper while things such as garbage and debris even have more detail. Cyberpunk 2077 is basically the advertisement for Nvidia’s latest technology in so many ways.

My system, sporting a Core-i7 8700k and an RTX 3080, handled the game rather well. Yes, I saw the bugs that some people had reported on PC such as issues with rendering in the distance and NPCs occasionally looking like blocky messes for a few seconds. As patches have rolled in, these issues became less frequent. I had multiple crashes early on in the review process—six in total—but didn’t experience one in the last week of reviewing.

Gameplay is a roller coaster of emotions

I say this as someone who has played through the most frustrating and satisfying FPS and sandbox games out there: Cyberpunk’s system will not fail to both amaze and frustrate you. The good part of the gameplay is the mixture of mechanics to help or hurt you. The hacking element is a blast, though it’s a bit tough to pick up on at first. Shutting down cameras, disrupting an enemy’s visor or just causing a distraction via a drink machine are all possibilities that give V an upper hand in combat. Players can use this for either straight up combat or stealth purposes to get past a difficult section without using any bullets. Some missions will truly test your patience with ammo usage as it’s easy to blow through reserves before you’re out and have no backup other than wild charging or scavenging for extra magazines. In short, make your shots count. 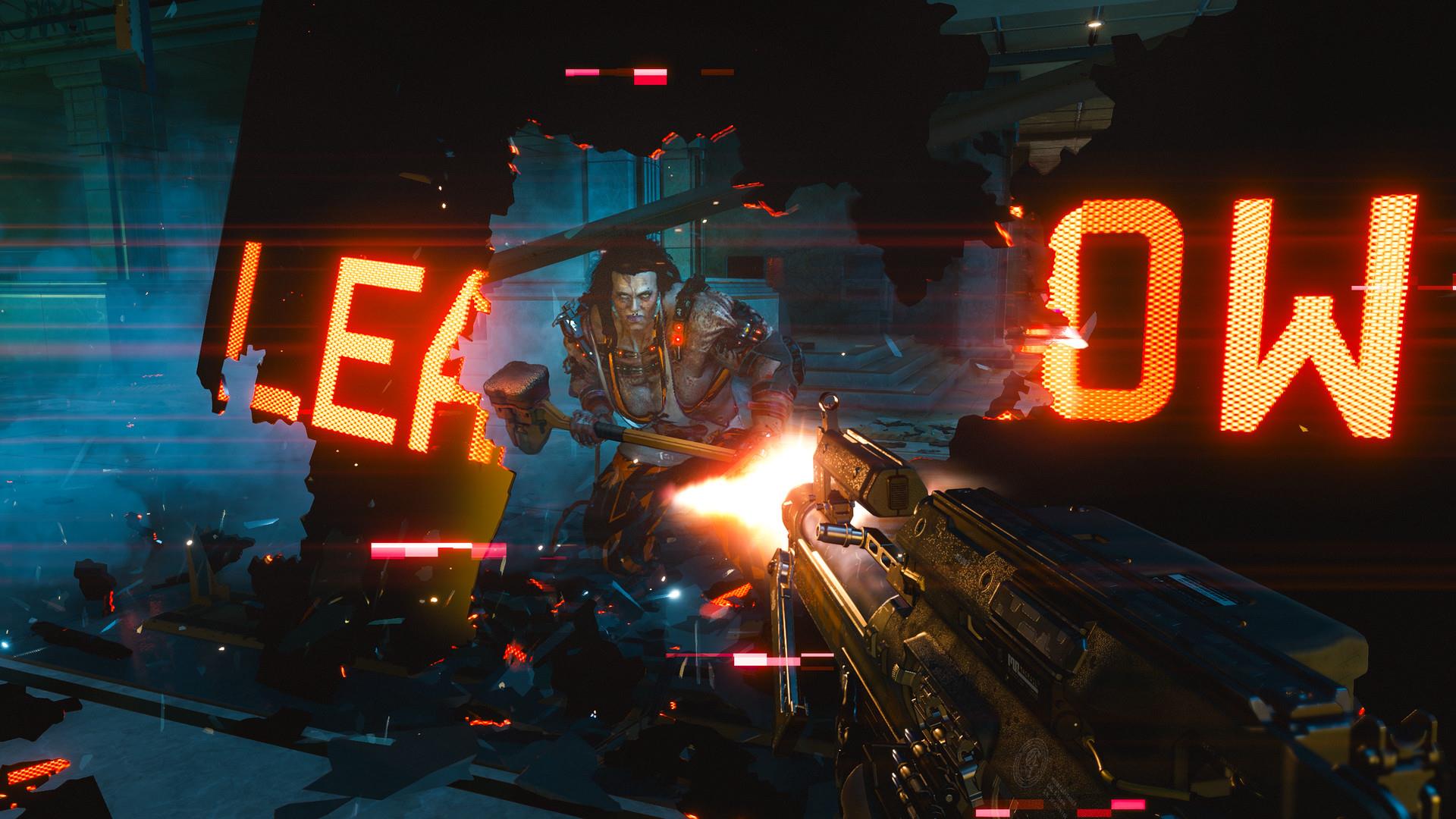 The frustration of the gameplay comes in two forms: Enemy strength and the map system. The map itself is fine, but it can be confusing to find specific areas or know what certain missions are. Some of it is meant to be vague, and that’s fine, but at some point as V is being contacted by every fixer in Night City it would make sense they know what they’re going to. That’s another issue I have: Fixers will call V the moment they enter a new area to tell them to hit them up for work. The strange part is that some of these side missions just randomly start without doing anything. Driving past a certain area, or just bombing down the highway, I got numerous alerts that a new job was starting and I had no idea what I did to trigger it. The backlog of messages on V’s phone grew rapidly, leading to me forgetting who was sending V what and where my original destination was supposed to be. If it were dialed back just a bit, I wouldn’t care as much about the constant bombardment.

That leads me to enemy strength. No doubt, this system borrowed from a few other games. There’s nothing wrong with that, but I’m a big believer in that weapons and armor should matter. Seeing enemies who are wearing absolutely nothing in the way of armor, even down to their bare skin, eat numerous shots without any kind of slowdown wore on me in a hurry. Headshots stagger opponents but some of them have incredibly strong armor ratings, leading to frustrating battles of constantly trying to clip the head while their health bar barely dropped. This was on the standard difficulty, making me quite wary of even attempting the hardest level. 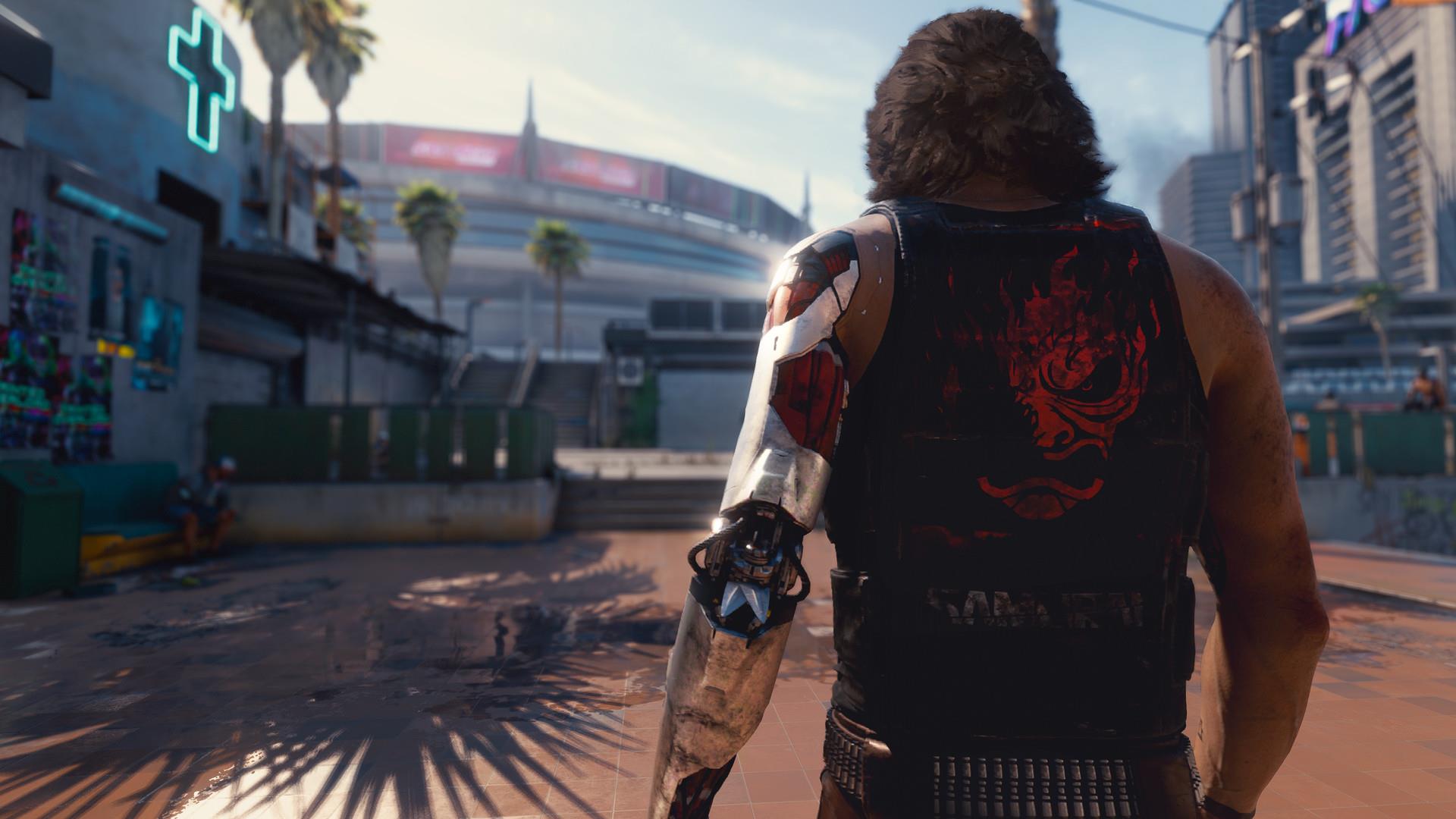 Yes, Keanu Reeves is amazing and so is the story...once it gets rolling

Keanu Reeves both voices and provides the likeness of Johnny Silverhand. As expected, he is a central character in the game and is an absolute treat to be around. Reeves knocks this role out of the park, one of which I will not delve into further as there’s almost no way to do so without spoiling a big part of the main story that kept me hooked.

Cyberpunk starts off pretty slow. After the prologue, the game slow-rolls things by providing a mission to help get used to the mechanics. There is an in-depth tutorial that I strongly recommend going through, possibly even more than once, especially for the hacking and stealth portions. While I enjoyed hacking and using it to my advantage, it was almost always for attacking. Stealth was a tad frustrating, though I did opt for the silent assassin role a couple of times midway through the game. The game weaves in and out of story and gameplay rather easily with well-timed climaxes and outstanding voice acting. No bugs in the game could deter me from wanting to continue the story and find out just how things came to an end. 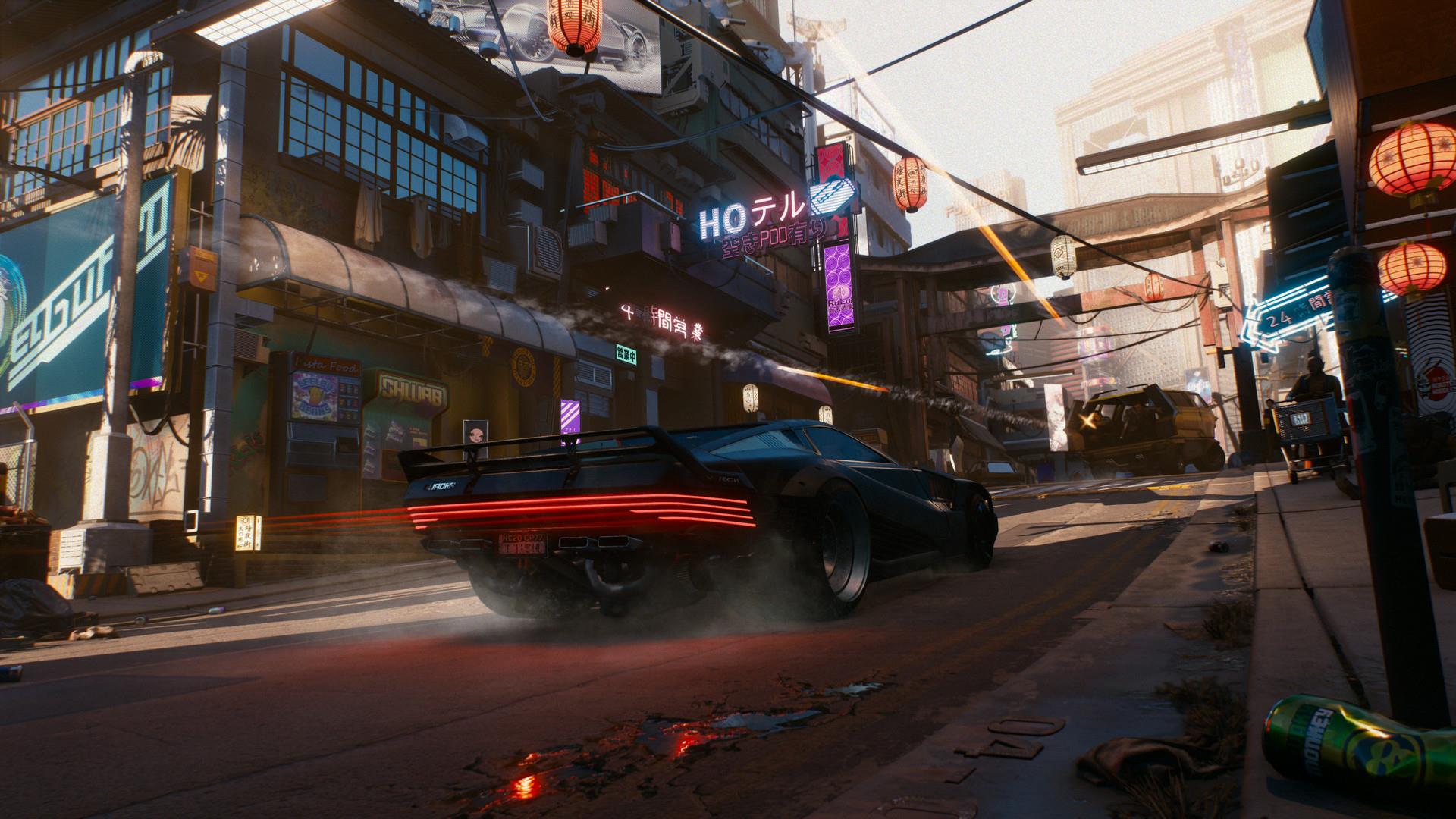 The beauty of Cyberpunk’s story is that the core of it does remain the same, but playing through it more than once in different roles provides different insight and attitude not just toward V, but vice versa. Those special background-related responses are worth using every single time to see the NPCs react to V, whether they are showing amazing knowledge or being a sarcastic jerk to try and deflect. The side missions, once you figure out how to search out the proper ones and adjust to the difficulty of them, add some meat to the already full plate of the story.

The elephant in the room, though: Is it too buggy to play?

My issues all came in the first two weeks of playing, with the worst happening a few hours into the game. The shortlist of my worst bugs encountered are as follows: 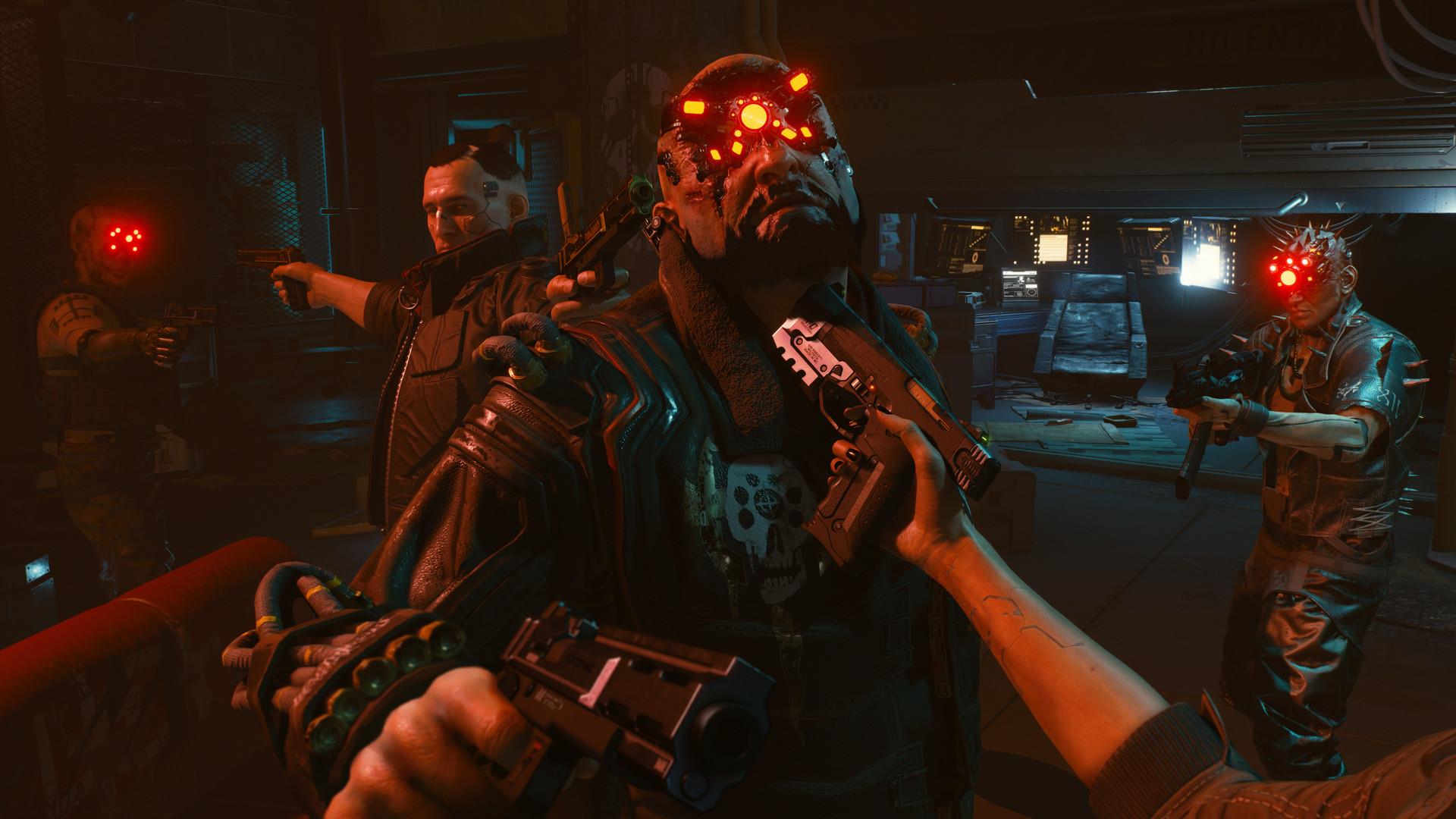 The final few days of reviewing the game, however, yielded a pretty great experience. My frustrations with the difficulty are still there, but the story is so good that I learned to just adapt and deal with it. Getting the secret weapons that are available throughout the game also helped, but I still found myself burning through tons of ammo in order to keep up. Cybernetic upgrades will help immensely, but that requires doing the side missions to boost rep and earn extra stat points as the best ones are locked behind those types of achievements.

I know the console version is an absolute mess and CDPR has taken it on the chin for that, and rightfully so. The PC version is far less of a mess and runs pretty great. You’re going to need a heck of a system, as I said before, to get the most out of it so keep your expectations in check and follow their recommended specs to a T. Otherwise, you may burn out your poor graphics card by pushing it too hard. 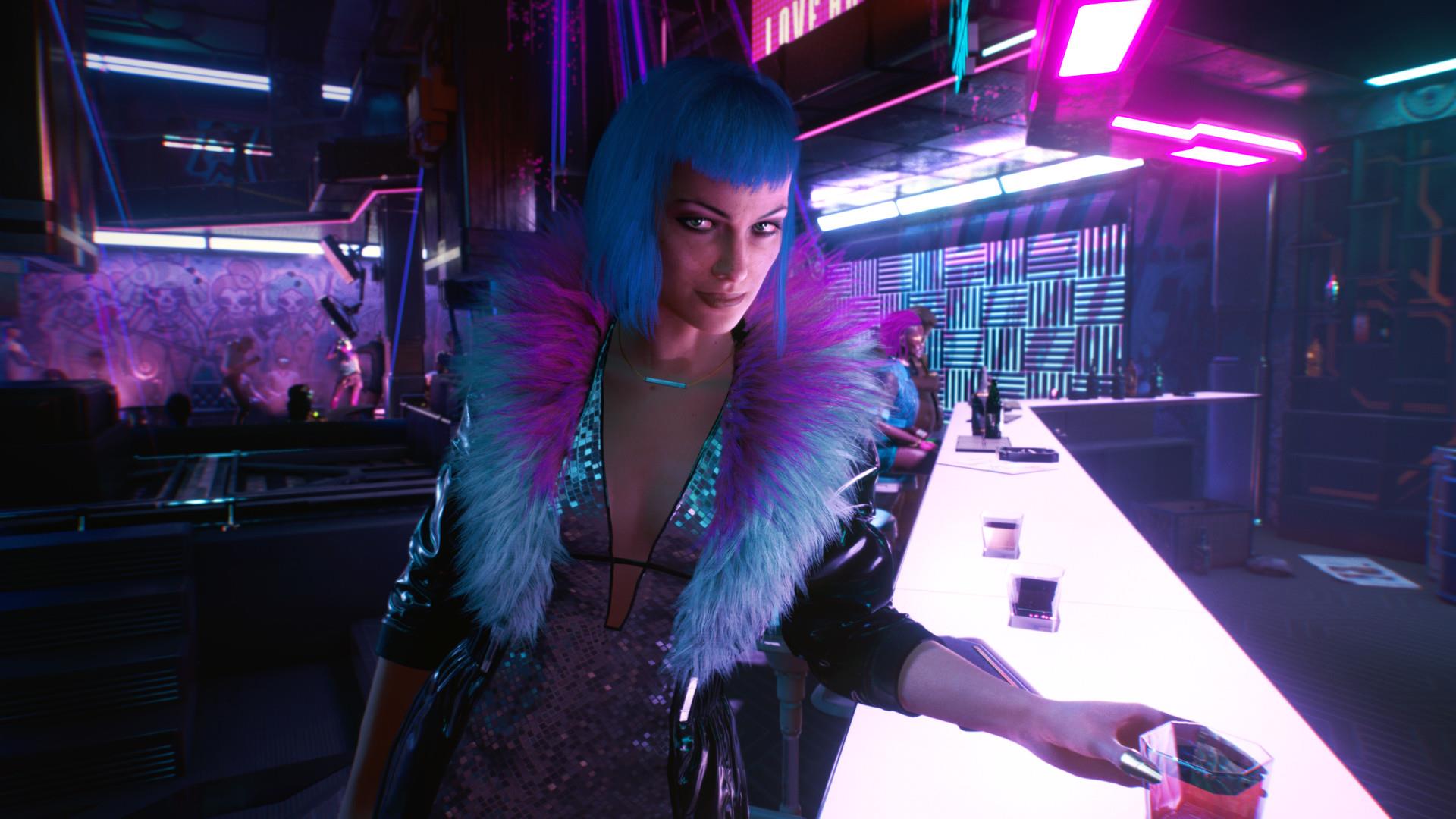 Should I buy Cyberpunk now?

For all of its faults, annoyances, bug problems and varying degrees of difficulty, I still enjoyed my time in Night City. Honestly, I’m not sure I’ll go back to it anytime soon. It’ll give CDPR time to further clean up the game and add to it, giving me a fresh experience when I’m ready to dive back in. I’d say avoid the console version at all costs until CDPR is ready to push it out again, but the PC version? It’s worth it.

While I'm not 100% in love with the game due to bugs and difficulty swings, Cyberpunk 2077 is still a solid pickup simply for its story and incredible world. Make sure your system is prepared for it and you'll get a good experience.