Written by John Yan on 3/22/2005 for PC
More On: Logitech MX518
Logitech’s trying to appeal to gamers more and more in their mouse department and it started with the MX510. A great mouse that I still use today, the MX510 is now being succeeded by Logitech’s latest, the MX518. Let’s see how it differs from the previous version. 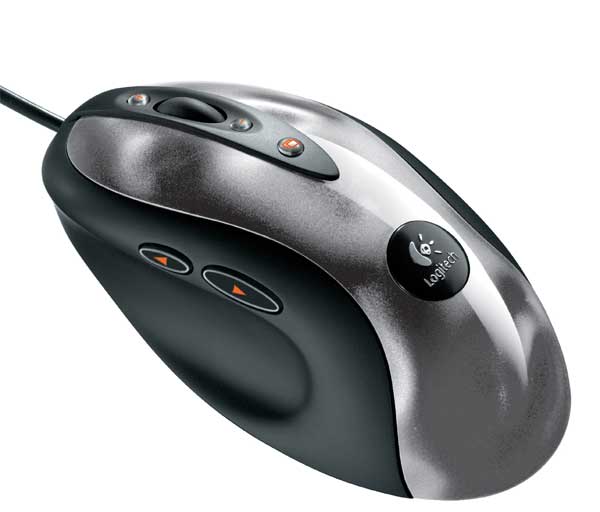 The physical design of the mouse is exactly the same as the MX510 other than the color scheme. While the MX510 was colored in a blue or red tint, the MX518 comes in a nice grayish tone. At certain angles, it looks like there are dents in the mouse. It looks like the mouse has taken some damage in our pictures but the surface is perfectly smooth. The color scheme does make it look a little cooler in my opinion. But as far as changes on the outside, there’s nothing new so I won’t waste space here discussing the buttons and wheel. And left handed folks will again be left out as the design is geared for right handed people.

With the release of the MX1000, I thought Logitech would move out some new gaming mice with the laser technology. Unfortunately, the MX518 is still using the red optical technology that’s prominent in most mice these days. It’s a little disappointing, but not that big of a deal. Hopefully, they will start to integrate the laser technology in their next gaming-centric mouse.

So let’s get to the changes to this mouse. First off, the resolution has been bumped up to 1600 DPI. That puts in on par with the Razer Diamondback. And like the Diamondback, the mouse uses a 16-bit optical engine to transmit data. While Logitech isn’t the first mouse to feature such a high resolution and 16-bit optical engine, they are a very welcomed addition to the MX line of mice.

Those aren’t the only features that the MX518 and the Razer Diamondback have in common though. The new Razer line allowed you to adjust the sensitivity on the fly. With the MX518, you can adjust the resolution of the mouse on the fly. With no software installed, pressing the buttons near the mouse wheel will adjust the resolution of the mouse in steps of 400dpi, 800dpi, and 1600dpi. The software will add a few more options and we’ll get more to that in a minute. You don’t need the software to be able to switch resolutions but the software lets you customize it a lot more. I’m really glad to see Logitech allow the feature to be accessible without drivers installed as the three available should be pretty good for most people.

A new SetPoint software suite comes with the mouse and as you see from the screenshots, it offers some very user friendly GUI to setup your mouse. In the advanced section is where you can set five resolution points and change the sensitivity in increments of 50DPI. An update to the software I would like to see is the ability to just set the buttons to increase or decrease in 50DPI increments, similar to how the Diamondback changes through a range by scrolling the mouse and holding a button.

Some games will detect all the buttons. If they don’t you can use the SetPoint software to designate a key press to one and set the desired command in the game to that button to mimic the support. It does help curb some of the compatibility issues in older games so you can use all the buttons available.
I’ve used the on the fly adjustments a lot in my sessions in CounterStrike: Source. It helps a lot turning down the sensitivity when using a scoped weapon and having a high sensitivity setting when using an assault rifle. With the MX518, you can do the same here and I like the implementation on the MX518 a little more. For my session, I set the top mode to 1500DPI and the lowest mode to 450DPI with nothing in between. So that way with a press of the plus button I’m at the high sensitivity mode I need to aim quickly with my rifle or pistol. Once I am in a scoped weapon, I press the minus button and I’m down to low sensitivity so I can fine tune my aim a lot easier. Playing a few hours this way, it became very intuitive and I was switching between sensitivities instinctively based on what weapon I had. I stopped playing CounterStrike at version 1.6 but started it up with the Source version and never got back into using the AWP. With the changing sensitivities, I was a lot more comfortable controlling the AWP and had a lot more success than my previous games. The change in sensitivity really added a lot to my enjoyment and confidence in using the scout or AWP.

Playing a more fast twitch game like Unreal Tournament 2004, I found the higher sensitivity to really help get the quick turn on people. And since the game has a sniper rifle, the adjustable DPI also benefits this game when equipped with that weapon. At 1600DPI, the sensitivity is pretty high and it’s really easy to over steer. I was used to it being an avid Diamondback user and found the MX518 to perform as well as the Diamondback at that stage.

If you have the MX510, is it worth upgrading to the MX518? As much as I like the mouse, it’s tough to say yes unless you are a real hardcore gamer. Then again this is who the mouse is marketed towards. Heavy FPS gamers will probably like this mouse over the MX510. I know I’ve dropped my Diamondback in favor of this one when I play games now. Logitech keeps adding little things to improve the MX5xx line and the additions in the MX518 are top notch.

While no physical changes were made to the MX518 over the MX510, the software and what's inside makes this mouse one to get.